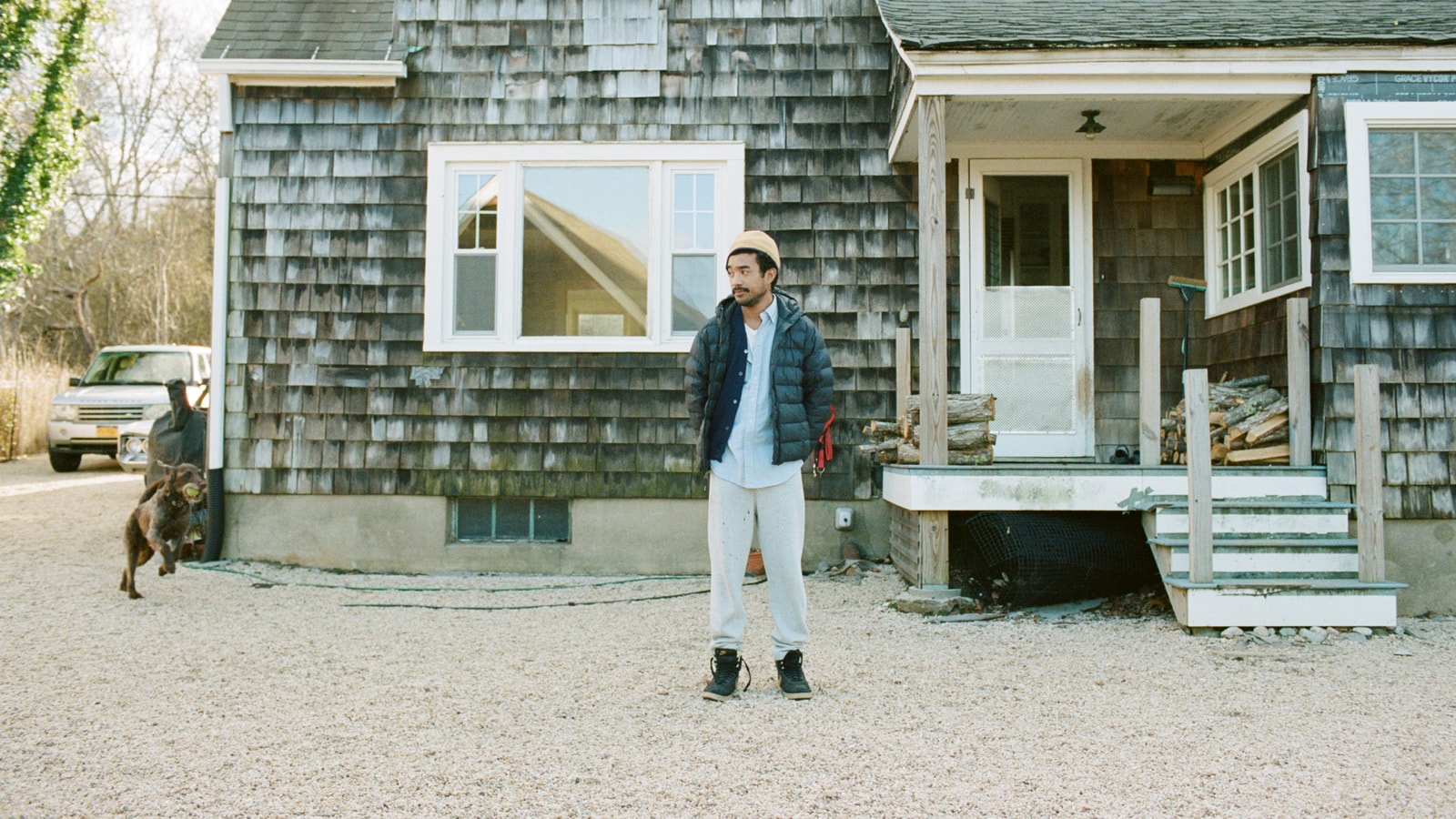 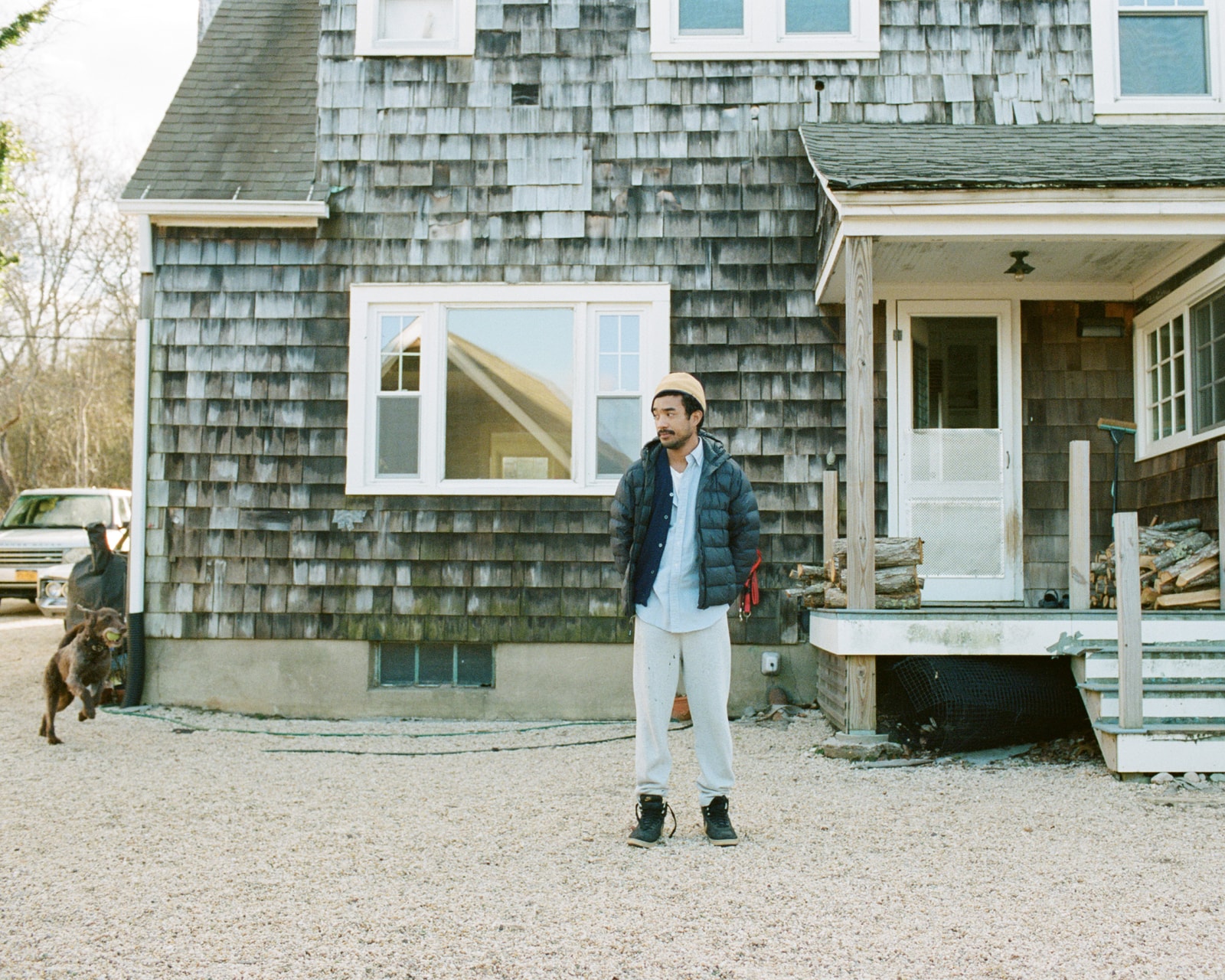 How Lucien Smith Became the Ultimate Escape Artist
The artist opens a new chapter in Montauk with his non-profit platform Serving the People, from Hypebeast Magazine Issue 29.

Montauk is nicknamed “The End” by many of its local residents, but for Lucien Smith, it’s the place of a new beginning. The beachy village, located at the easternmost tip of New York State, is home to a small community of fishermen, retired veterans and conservative families—with the exception of a few recluses like Smith, who seek an escape from hectic city life in search of a higher purpose.

Five years ago, at the age of 25, he traded his trendy TriBeCa loft for a quaint abode nestled in the remote confines of the Long Island peninsula.

The California-born artist took refuge in the seaside town after making a sudden exit from the art world. Smith wanted to detach himself from the elite art milieu, flooded at the time with deep-pocketed collectors who used his work as part of their get-rich-quick schemes. “Art was about money everywhere I looked. It was scary,” he says. “I was pushed into being an artist so fast that I didn’t have the chance to look at what I was doing, or wanted for the future.”

When he was 21, he ran a studio with his own assistants while studying at Cooper Union, and found his works in the top lot of a Sotheby’s auction. Over the next few years, he became used to selling out shows before they opened, as collectors purchased his pieces for six figures. Just as it seemed like he was reaching the pinnacle of his career, it imploded: he was one of the few young artists hit hard by the art market fad called “Zombie Formalism.”

The term, coined in derision by art critic Walter Robinson, was a movement which spanned roughly four years from 2011. This was a period when collectors bought paintings with a particular style and then flipped them at auctions soon after. They favored abstract compositions by young artists such as Oscar Murillo, Jacob Kassay, and Smith himself. While this ambitious group channeled the original principles of Abstract Expressionism, critics like Jerry Saltz decried their creations, arguing that their works looked identical and failed to push the boundaries of the genre (hence the word “zombie”). 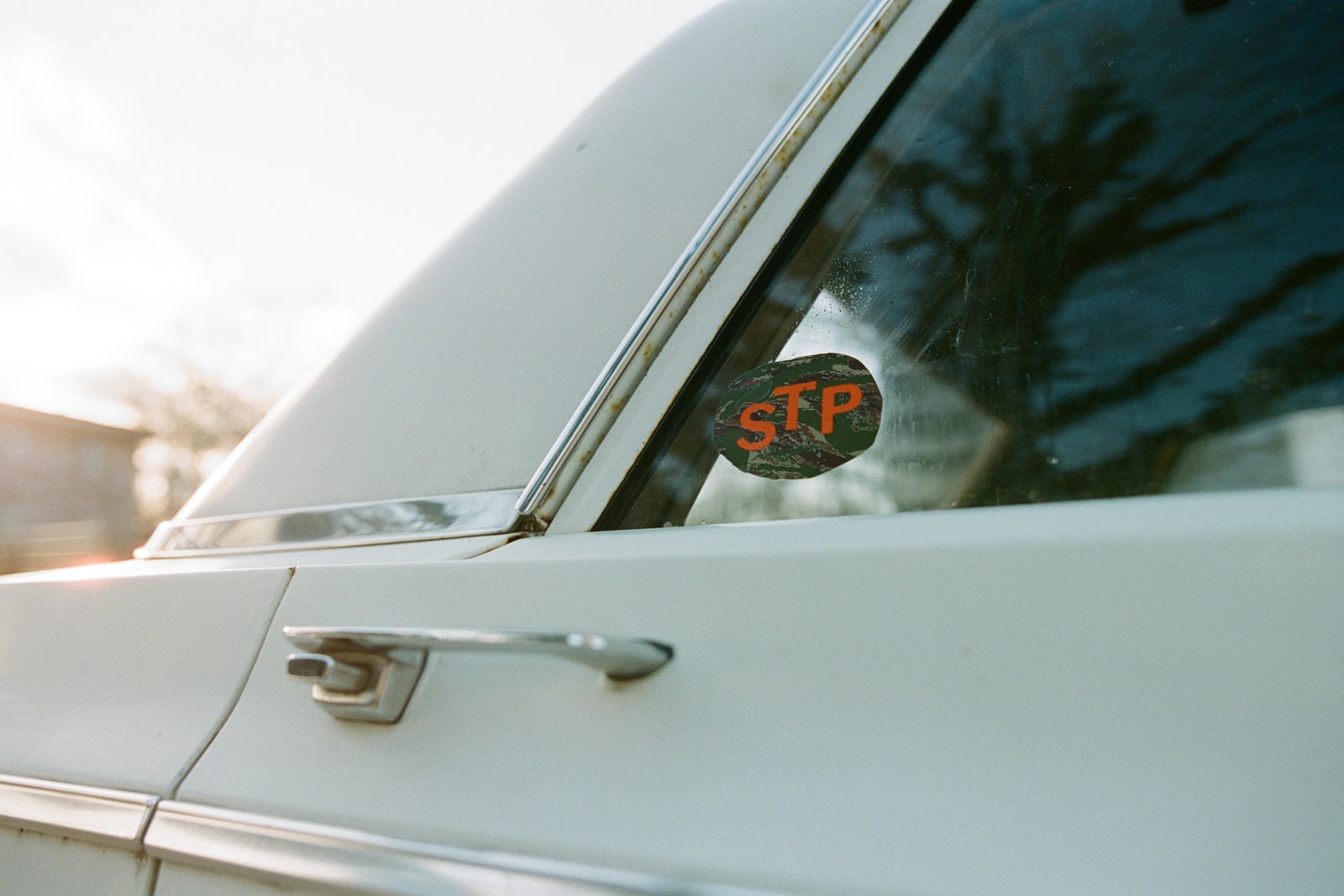 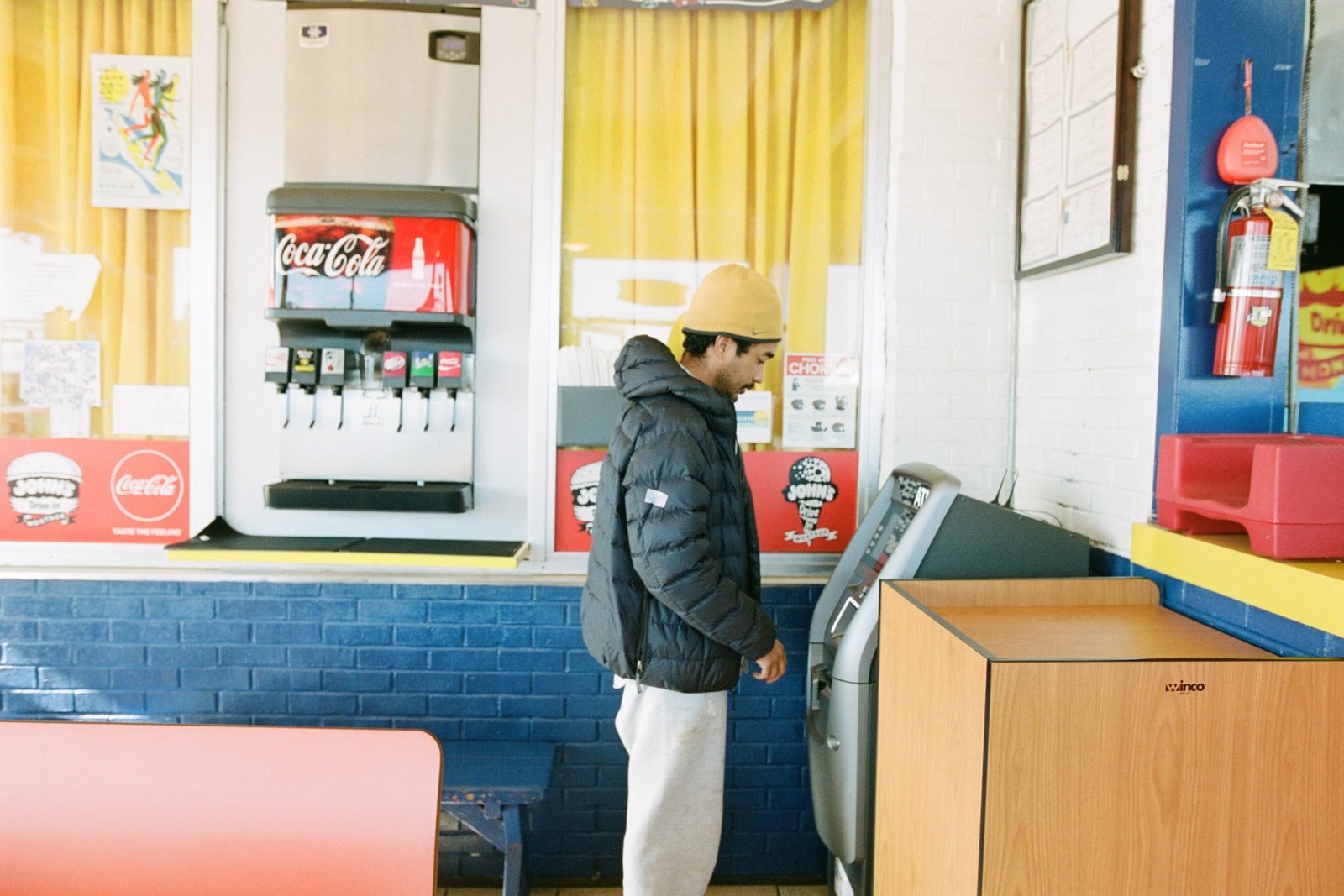 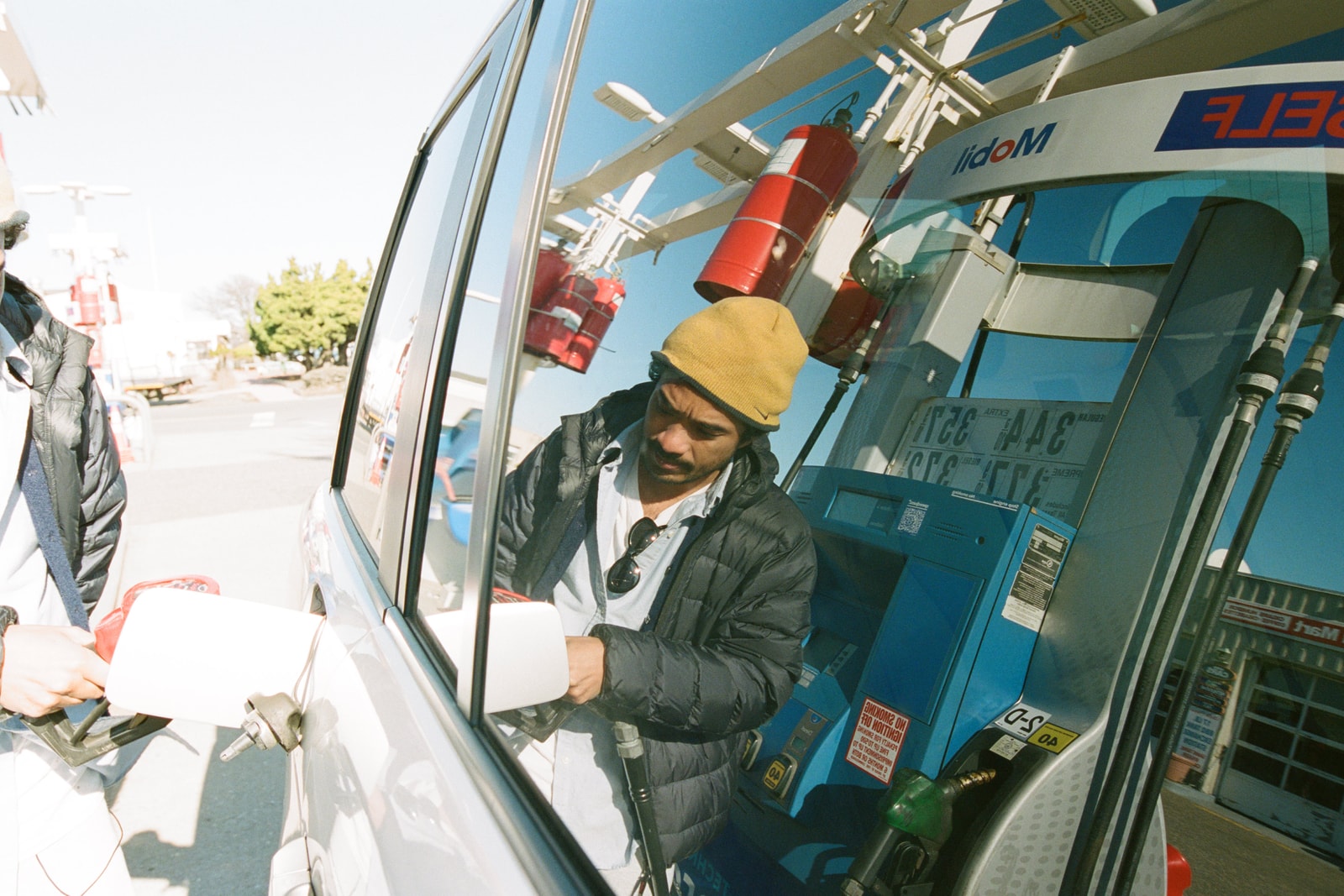 Until the end of 2015, the price for works by these young artists escalated. For instance, Smith’s Hobbes, the Rain Man, and My Friend Barney/Under the Sycamore Tree (2011), a large-scale landscape painting, was first sold for US$10,000 right after Smith’s thesis exhibition at Cooper Union. Then, in 2013, it was bought at auction by Israeli businessperson and art collector Alberto Mugrabi for US$389,000. Two years later, the work was virtually unsellable. “I’m not against the art market and gallery system. I think it works to help generate resources for artists to grow exponentially,” Smith explains. “But that whole system has projected curriculum on the entire industry. It continues to be market-driven, and the artist is left out of those conversations.”

This competitive, profit-fueled arena left Smith broken, worn out, and facing an identity crisis. He didn’t like who he was anymore and didn’t have the energy to continue being someone that he wasn’t. His art reflected those sentiments. In the studio, he was fumbling painting after painting, trying to emulate Abstract Expressionist greats like Jackson Pollock or Willem de Kooning. His motivations for painting were the wrong ones: he was working to satisfy critics and reel in collectors who purchased his paintings just for their hype.

As an escape, Smith chose a hermit lifestyle in Montauk to clear his head and start afresh. He describes his countryside home as an “amniotic space,” a place to freely experiment and give life to new ideas. He calls the largest room in his house “The Brain,” where he comes up with the concepts for off-site projects. Inside is a Mac desktop computer with tabs of random sites open, a wall with taped-up computer paper displaying iPhone screenshots, and a sprawling color printer that he’s currently using to create transparencies for silkscreen printing. The smaller space in his home is devoted to making oil paintings, complete with a miniature easel. He says that he may convert this spot to create silkscreen works too, but smaller ones. In the backyard is a garage, transformed into a workspace for large, mixed-media pieces. When he’s not working on projects, Smith takes his vintage Dodge Polara for an eight-minute ride to the beach to surf, fish and decompress.

His life in Montauk has inspired a new purpose: Serving the People (STP). Smith’s mission for this non-profit platform is to showcase his work alongside the creations of like-minded, interdisciplinary artists without the commercial bias of the art industry. He launched a new body of work under Serving the People in January, during Frieze LA. For the exhibition entitled Fear Eats the Soil, he presented silkscreens of various Internet-found images—from a grainy image of a tarantula to a superimposed portrait of Audrey Hepburn at a diner. The show channeled a new worldview for Smith, one where he was able to produce pieces he wanted to display, and produce them with unfettered creative expression. 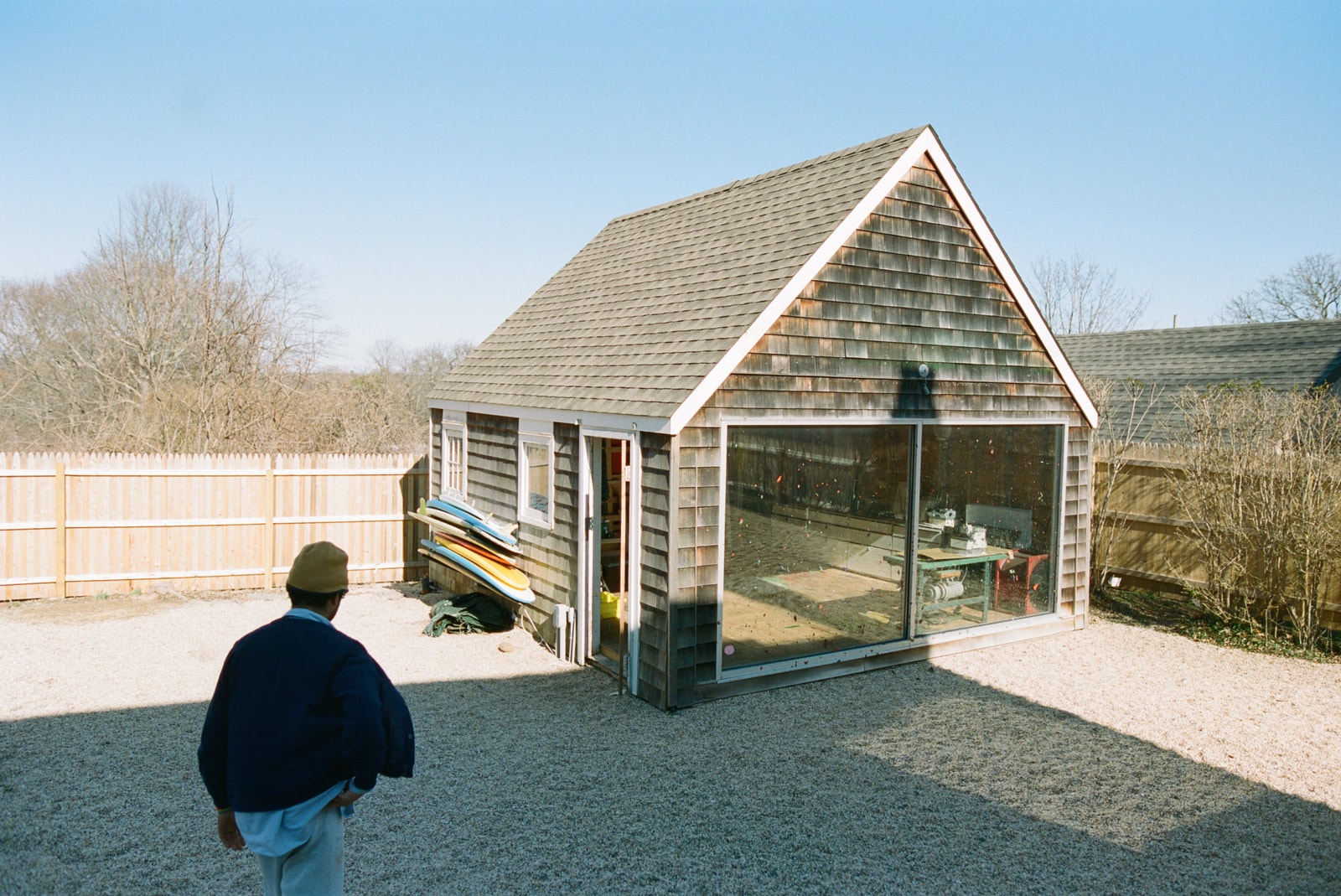 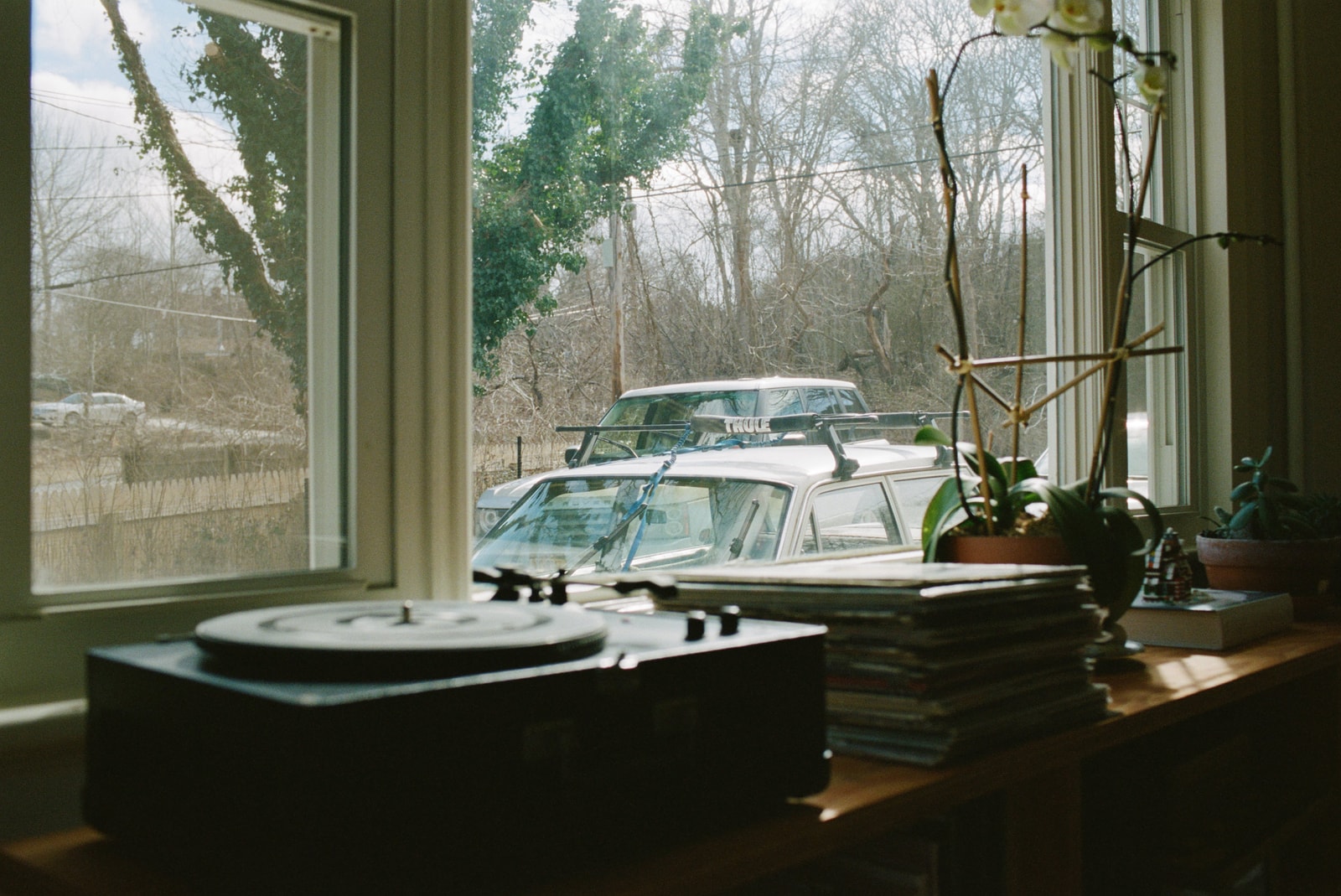 While the curation of images for Fear Eats the Soil may appear random, they are linked in that they all capture Smith’s genuine interest. He describes the process of cycling through visuals online as a form of digital escapism. He constantly scours the Internet and social media in a Warholian sort of way to find visuals that he wants to reproduce. Smith describes his digital discoveries as a positive reflection of current society, where people aren’t afraid to showcase themselves online and share their interests. “The premise of this show was for me to show how vulnerable I can be and not let other people’s fears become my fears,” he says.

Smith wants people to appreciate his new works without going too deeply into how they’re made. He argues that his current practice is now rooted in the concept that art shouldn’t have to be laborious for it to demand attention or interpretation. “I used to create work specifically for those reasons, but now I’m on a different path. I feel like an emerging artist again,” he says. “When you think about art, it’s the ability to create something from within. It’s great that there are economics around that, but it shouldn’t have a profound effect on your practice.”

Right now, the artist and newly turned curator is busier than ever, balancing multiple projects for his studio while planning out shows and the overall trajectory for STP. Smith wants the collective to become an inclusive platform which supports all kinds of artists, even musicians. “Artists are doing more than just painting these days, and STP is a platform for those creatives,” he says. “I’m stepping into a curator role, which is a new thing for me, but I don’t want to handle these incoming projects like a dictator. I want STP to be a self-sustaining thing.”

Despite starting down a new life path at “The End,” Lucien Smith is still working things out. What’s next on his agenda? Finally fixing up that Montauk house he’s lived and worked in for the past five years—it’s time. 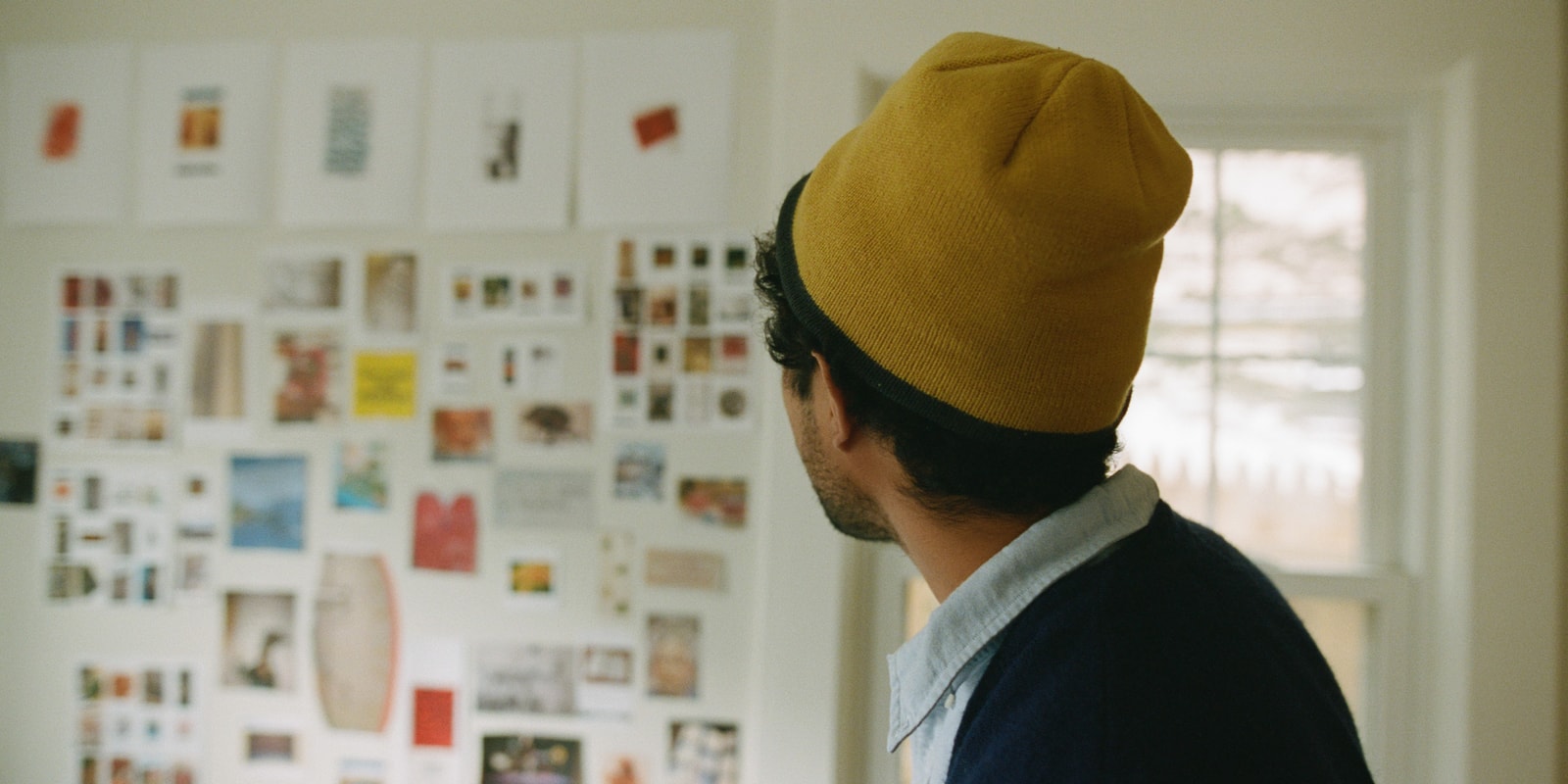 THESE STORIES WERE ORIGINALLY PUBLISHED IN HYPEBEAST MAGAZINE ISSUE 29: THE NEW ISSUE AS “AT THE END WITH LUCIEN SMITH.” PICK UP A COPY HERE.