The nine-minute conversation sees Brion opening up about the beginning of his work relationship with Miller, remembering the first time the late rapper had played material for him. He notes that the tracks he was first introduced to ended up appearing on both Swimming (the album Brion also produced) and Circles, adding, “I don’t think there was a grand design. [Miller] liked the idea of there being a connective tissue.”

As the interview carries on, Brion reveals that they already had around eight or nine tracks laid out when Miller unexpectedly passed in September of 2018. The rapper’s family asked him to continue his work on the project, uncovering material that he hadn’t worked on at that point, namely “I Can See.” In a separate interview, he confirms that the female vocals heard in the song’s chorus belongs to Miller’s ex-girlfriend, Ariana Grande. “Somebody just told me something about that, some kerfuffle,” he said. “I mean, that was a pre-existing track. There were a few songs the family gave me that he’d been working on independently that I thought fit thematically with what we had worked on. ‘I Can See’ was one of those… I played some things on those tracks to make them feel like the others, but those vocals were already there. It wasn’t like an executive decision or anything.”

The conversation with Lowe ends with a lengthy explanation behind choosing “Once A Day” as the closing track, “At some point, somebody has to make some decisions. I put it there in the sequence and I’ll tell you why.” Brion continues, “He came over, played two or three things — that was one of them. I looked forward to his visits so much because every time, there was this new discovery like, ‘You’re hiding this? This thing is fully fleshed out, it’s personal, it’s heartbreaking.’ And I just said, ‘Hey, I think the piano’s a little typical…I’ve got this old, cool ’70s synth that’s touch-sensitive.’” He added, “I bawled my eyes out. Heard it twice in a row…Ran out into the hallway and cried again, and dried my eyes out, and went back in and sat through the usual…I refused to play musically on it because it was already great. I could hear it was there. So that’s why it’s there, because it ripped my guts to shreds.”

Watch the full interview with Zane Lowe above.

In related news, Thundercat, Ariana Grande and Mac Miller’s brother paid tribute to the late rapper for his 28th birthday. 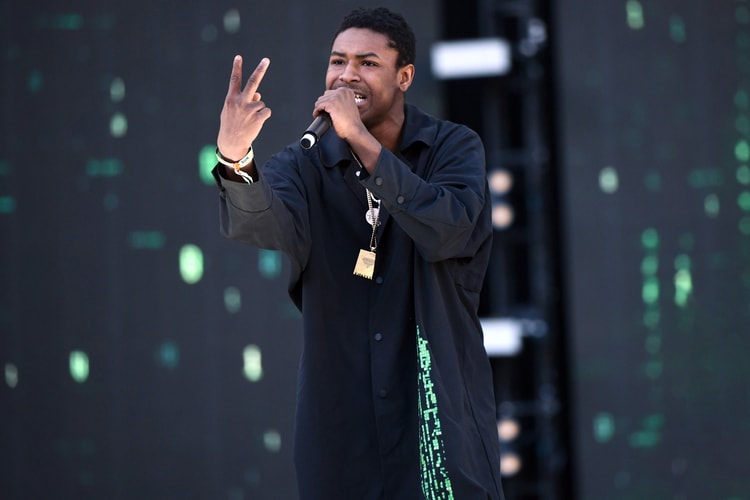