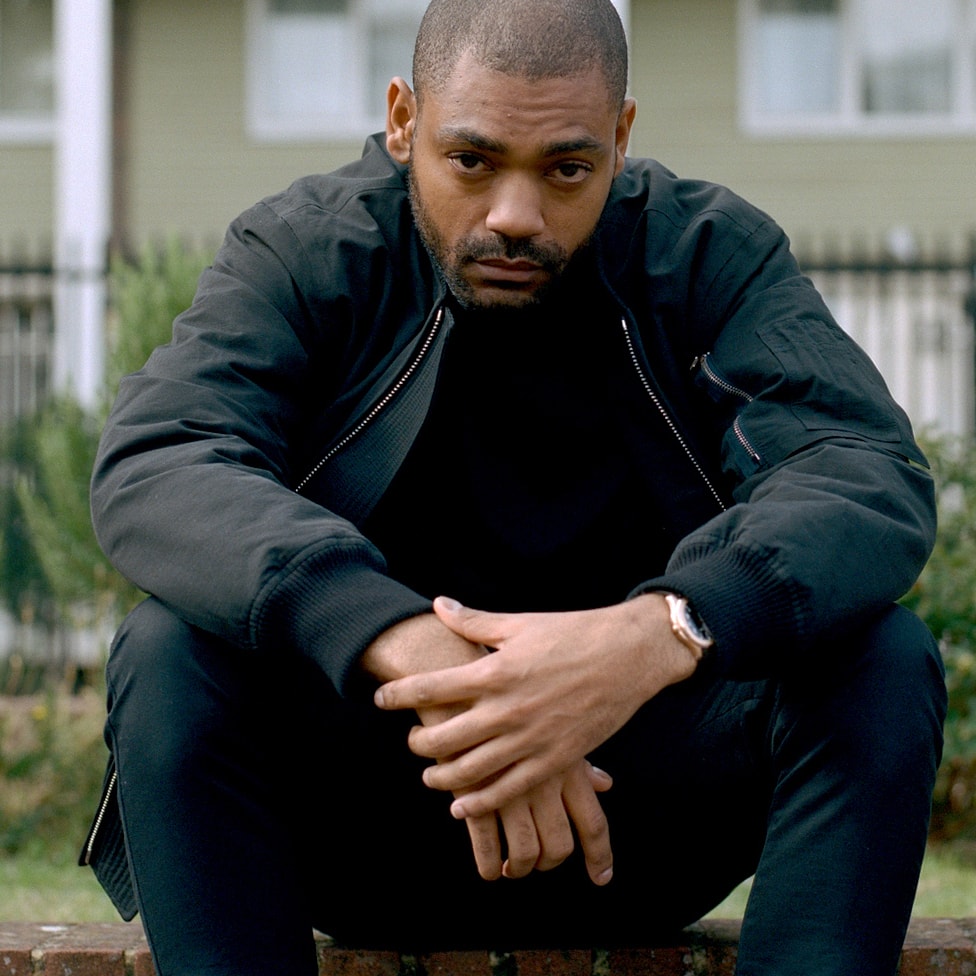 Kano Is Speaking to a New Generation
From ‘Top Boy’ to ‘Hoodies All Summer,’ the East London MC is ready for a new chapter.

It’s been three years since Kano released Made in the Manor, but the East London rapper is getting ready for a busy end to 2019. After releasing his first four projects in five years and establishing himself as a central figure in grime’s first wave, Kano took a six-year break between 2010’s Method to the Maadness and its follow up. Now though, major projects are stacking up. In addition to launching his new album Hoodies All Summer, Kano is also set to reprise his role in Top Boy’s much-heralded Netflix revival and has sold out London’s famous Royal Albert Hall for later this year.

Despite the break between albums, Kano started work on Hoodies All Summer almost immediately after the release of Made in the Manor. “We ended up getting in the studio, but I wasn’t really recording anything,” remembers Kano. “We spoke a lot about how I wanted the album to sound. But the time away was necessary, to recharge and come up with new things to talk about.” Those early conversations inspired Kano to shift his approach from Made in the Manor. “The previous record had such a narrative lyrically, and I wanted the music this time to tell the story,” says Kano.

“I have eyes and I represent the community and if I want to comment on it I will.”

The new album may present a more stripped back and minimal sound than on previous releases, but Hoodies All Summer is still packed with Kano’s core influences. When discussing the sonic influences, Kano particularly references “Pan-Fried,” the album’s most recent single. “You hear where I’ve come from, you hear my Jamaican influence, you hear the garage in there because of the sped-up vocal, you hear the hip-hop, you hear the grime.”

Alongside the new musical style, Kano’s lyrics also have a different focal point, this time focusing on the problems Kano sees around him, including youth violence, poverty and racism. “I don’t see myself as a massively political person,” he explains. “But I have eyes and I represent the community and if I want to comment on it, I will.” Kano goes on to reference “Signs in Life,” from his 2005 debut album, and “A Roadman’s Hymn,” from Made in the Manor, both of which examine topics such as his early life in East London and drug dealing, and describe gangsters as superheroes.

With Hoodies All Summer, Kano wanted to speak directly to the kids currently caught up in that world. “I was conscious about how to speak without speaking down about situations,” he explains. “I didn’t want to be that guy that I wouldn’t have listened to when I was younger. It’s more of a direct conversation, on ground level.” Kano’s platform also allows him to shine a light on that world to a wider audience. “It’s not just about giving a voice to a younger generation that aren’t being heard,” he continues. “It’s not just for the kid, it’s also for the mother who’s getting blamed. It’s humanizing that situation. I feel like giving a voice to people that don’t have one is something that music does well.”

“Trouble” is arguably the track that best articulates these problems alongside its accompanying short film. While the track — one of the album’s early singles — begins in a fairly upbeat tone, the song abruptly stops to reveal a scene of a woman witnessing a stabbing. After this unexpected interlude, the track continues in a much more somber tone. Throughout the song, the chorus takes aim at politicians, urging them to keep quiet as “these gunshots never reach your town.” Kano’s message comes at an important time, with a knife crime epidemic spreading across London and the practice of “county lines” drug dealing — when city gangs spread networks across rural locations and other parts of the country — becoming part of the national conversation.

“I shouldn’t even have to say that our music is worthy of that kind of venue, but it needs to be demonstrated.”

“The chorus, to me, is like a sunny day,” explains Kano, “and then bam, you can’t avoid this and it just hits you at the moment you were having a nice day. This is what’s happening right alongside you and you don’t even know it. I didn’t want that to be at the beginning or the end where you could skip it, its right in the middle where you’re forced to deal with this trauma. That was the reasoning for putting it there.”

As part of his tour for Hoodies All Summer, Kano announced a show at London’s historic Royal Albert Hall. The show quickly sold out. Kano has played the venue before, when he supported JAY-Z there in 2006, and sees his upcoming show as another important milestone. “Our music hasn’t necessarily been represented in a venue like that and people wouldn’t necessarily see artists like me playing there,” he explains. “I shouldn’t even have to say that our music is worthy of that kind of venue, but it needs to be demonstrated. It’s important to do that and to respect the building I’m in, but not conform to it. I want to bring the Royal Albert Hall into my world.”

Kano’s journey from playing shows in “any backstreet in Hackney” to selling out the Royal Albert Hall is a mirror to grime’s mainstream acceptance. “If I spoke to my younger self I wouldn’t have expected to be doing half of the sh*t I am doing, especially playing in that building,” he explains. Kano also goes on to exalt the achievements of his contemporaries, particularly Lethal Bizzle’s success outside of music, the acting work of Bashy (better known as Ashley Thomas) and Stormzy’s headline slot at Glastonbury. “It’s massive achievements and massive progress, but it’s not time to get complacent because I feel like there’s so much more to achieve,” he says. “I don’t see it stopping, I just see it going from strength to strength. We’re here now.”

Kano recalls growing up and only hearing American hip-hop on the radio, before Dizzee Rascal broke out in 2003. Nowadays, UK artists are much more likely to get airtime, something Kano thinks will have a positive impact on the next generation. “It must give you such a sense of identity, to see someone just like you on TV and hear them on the radio,” he adds.

Alongside his new album, and sold-out Royal Albert Hall show, Kano is also due to reprise his lead role in Top Boy. The cult show initially ran on Channel 4 between 2011 and 2013 before being picked up in 2017 by Netflix, with a little help from Drake. Since it was cancelled six years ago, the show has gained a cult following across the world, with its influence snowballing over that time. “Demand for the show has just grown and grown and grown,” says Kano, “Me and Ashley [Walters] have been dealing with ‘When’s it coming back?’ for years. That’s never gone away.” Reviving the show brings new difficulties, however. “It has to be made with the same integrity as the first one,” adds Kano. “It seems like a wider audience now, but we can’t make a show playing for those audiences. I think what people love about the show is how real it was to us.” For Kano, Top Boy is still as relevant now as it was when it first arrived, and the realities of these experiences still need to be told. “It’s always important to tell the real stories of today,” Kano continues. “It touches on so much truth, it’s rooted in truth and it’s an eye opener in some aspects. It’s speaking for communities that get overlooked at times, I feel that’s important.”

Both Hoodies All Summer and Top Boy see Kano at his best; shining a light on the unseen side to life in the UK. Almost 15 years after he first arrived on the scene, Kano’s voice is as relevant as ever. The messages beneath the album also see him take a new perspective on the topics that have always underpinned his music. “I’ve done it my whole career, just not as concise,” he explains. “I guess it feels different now, but it’s the times we’re living in. Maybe it’s a bit of getting older and having a bit of distance.”

Kano’s career mirrors UK music’s journey over the last 20 years. His journey from East London to the Royal Albert Hall shows how far he — as well as UK hip-hop and grime — have come. The music and people once forced to the sidelines is accepted now, and his sold-out show proves that Kano is right in the heart of British music’s new establishment. But that doesn’t mean he’s changing; he’s planning to take out as many seats in the historic venue as he can to allow people to rave, and he’s still going to do what he’s always done: tell the stories that are being overlooked.

Kano’s album Hoodies All Summer is out now.