In the heart of Bangkok lies Siam Discovery, the world’s first experimental and all-encompassing retail experience, which revolutionizes the way consumers interact with the environment during their adventures within. Not only does it boast a breathtaking design aesthetic courtesy of nendo, the number of boutiques and exclusive products is impressive to say the least.

In our last episode of HBTV, we followed Tim Wong of QUEST Terrarium as he indulged in an exclusive “Explorer Day” before the grand opening of the hybrid space. Now, we catch scenes of the grand opening where the whole world was invited to play and interact with the newly-opened, expansive area.

For the official launch, the masterminds behind the 40,000 square-meter space opened up all eight floors, filling them with activities such as printing areas where people could customize and personalize pieces using tools such as textile printers, 3D model printers and embroidery machines. Furthermore, Social Discovery was unveiled, which is an installation that allows shoppers to share their Instagram accounts on a plasma-filled wall, transporting one’s digital social media life back into the physical sphere.

We also got a chance to see how consumers engage with the different retail installations like the Interactive Creative Lab, where guests were invited to choose items that piqued their curiosity and place it on an interactive shelf, that would then create a video story based on the item. Finally, a party zone with live music on the fourth floor Play Lab and high-tech gadget demonstrations, as well as an exhibition on the second floor, rounded out a memorable evening for not only the Thai retail industry, but the retail industry in general.

Check out the recap above and make sure to head over to the space if you find yourself in Bangkok. 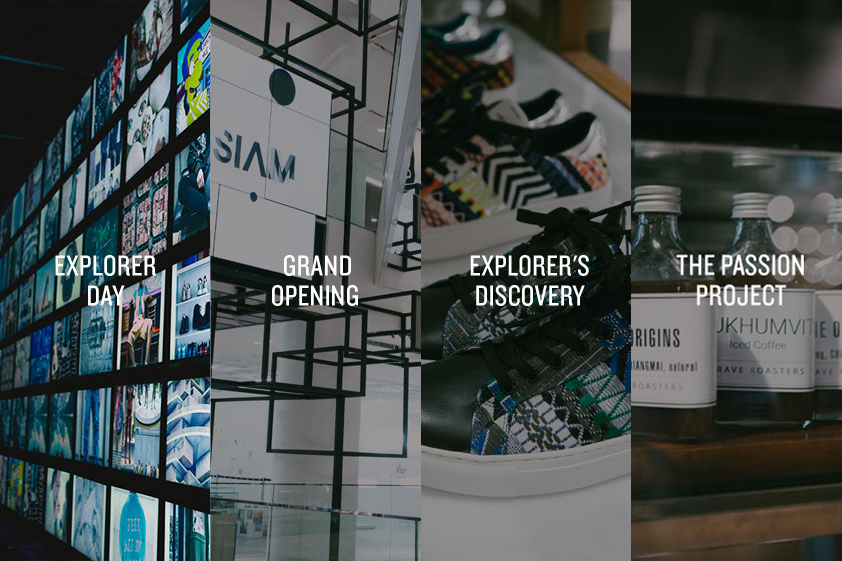 Closer Look at the Air Jordan 9 "Change The World"

A Closer Look at the UNDERCOVER x Nike OverBreak SP

Closer Look at the Air Jordan 9 "Change The World"

The hardwood classic gets updated with a multi-colored palette for the ladies.
By HB Team/Mar 11, 2021
Mar 11, 2021
0 Comments
Footwear

A Closer Look at the UNDERCOVER x Nike OverBreak SP

Focusing on the familiar Jun Takahashi design elements that frequent throughout his collaborations.
By HB Team/Feb 19, 2021
Feb 19, 2021
12 Comments
Fashion

Have All Sneaker Factory Outlets Lost Their Appeal?