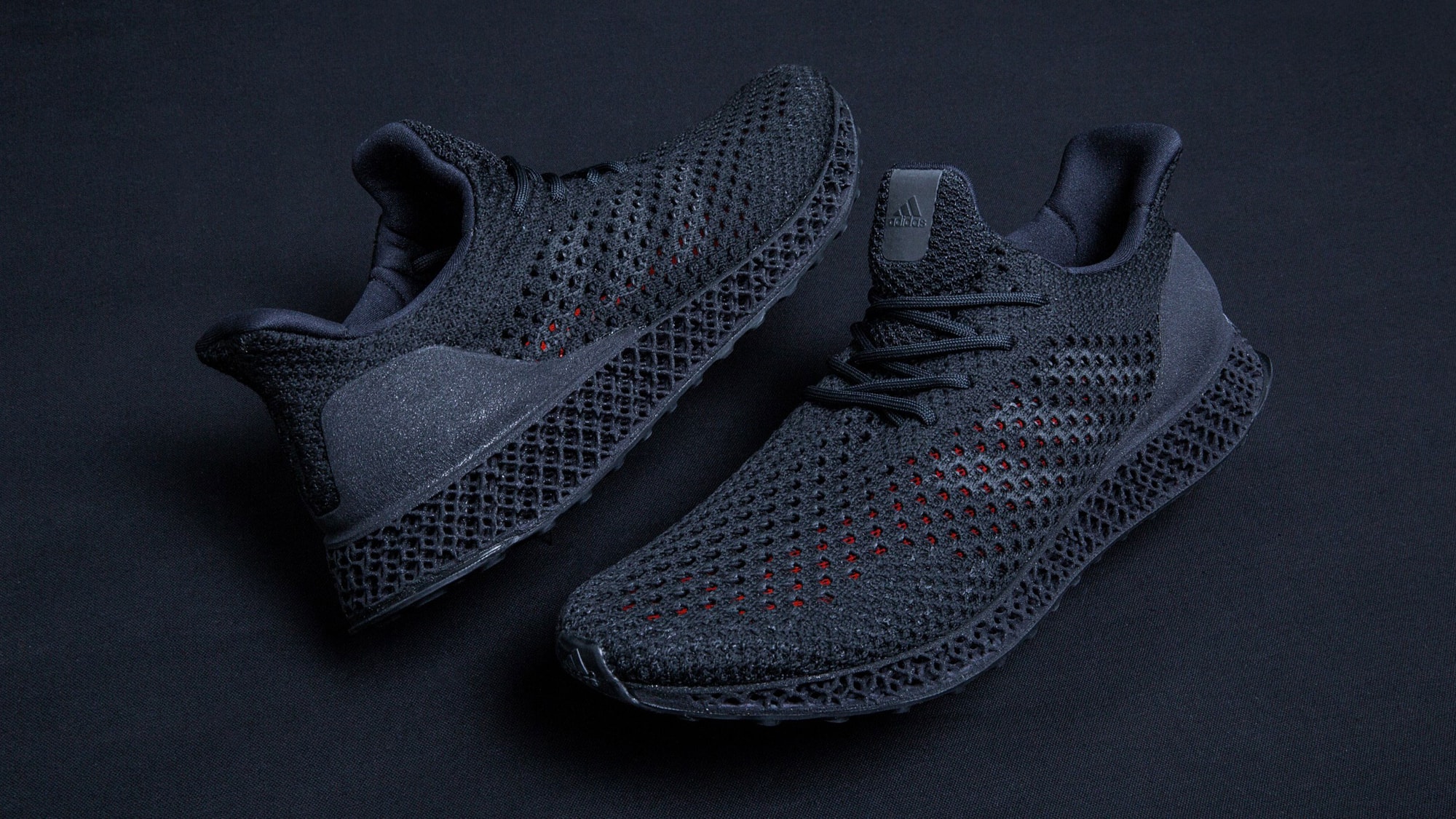 The Best Sneakers of 2016
Picked by the HYPEBEAST Team.
By HB Team

2016 has been a huge year for sneakers. And as we inch towards the end of another annual chapter, it’s time to look back at the most impactful sneaker releases that dropped over the past 12 months.

Among the chief contenders, adidas Originals finessed its way to the top of the totem pole, maintaining a year-long hot streak fuelled by the heat of YEEZY, BOOST and NMDs. Nike also delivered an impressive track record, taking a route closer to memory lane by delivering OG retro releases and modern day reworks. Although this year’s sneaker scene was mostly dominated by the two aforementioned giants, a handful of independent labels — visvim, Aimé Leon Dore and Fear of God — contributed to the landscape by staying true to their signature aesthetics.

Retrospectively, 2016 witnessed the sneaker play a pivotal role in steering contemporary culture. Despite moments of over-saturation and reselling frenzy, the sneaker market surged to unprecedented heights, with footwear stalwarts pumping out relentless streams of innovative designs and technological advancements. There’s also no denying that running silhouettes dominated the fashion and lifestyle categories this year, seen in the release of multiple performance-inspired sneakers that have appeared on both the streets and the runways.

For this year’s roundup of best sneakers, we decided to check out what we here at HYPEBEAST liked most in 2016. 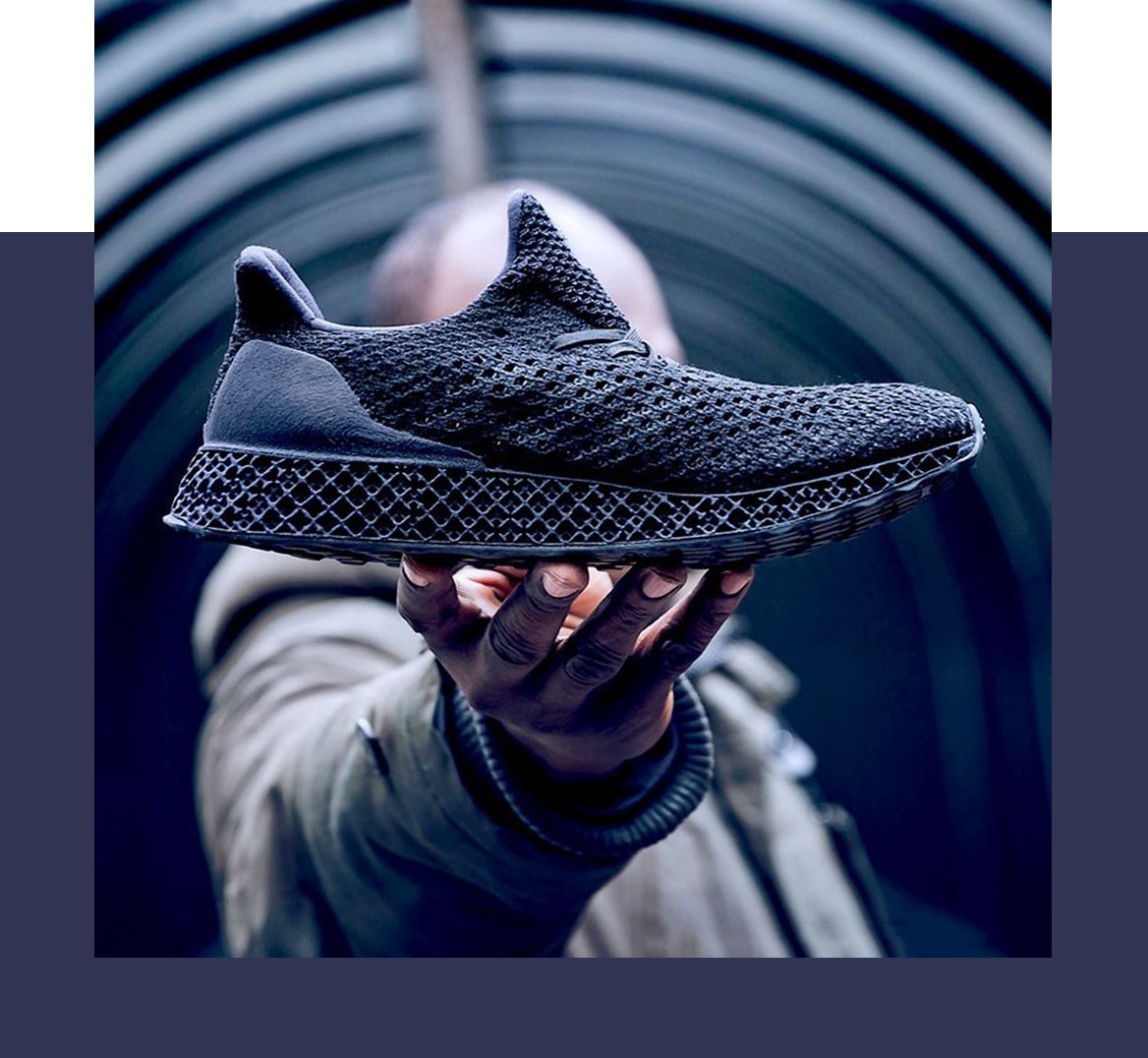 When I first saw the 3D Runner in Rio during the Olympic Games, it was like a revelation — air bubble technology and gel cushioning were pinnacle points in the advancement in footwear, and I feel the 3D Runner’s printed midsole is the innovation we’ll be seeing more of in the near future. The shoe felt extremely lightweight;, the cushioning was durable and strong, yet forgiving; and best of all the patterning was even quite eye-catching. Add these consumer pros to the production efficiencies that come forth and this was the highlight of 2016 for most enthusiasts and sneakerheads by far. — Eddie Eng 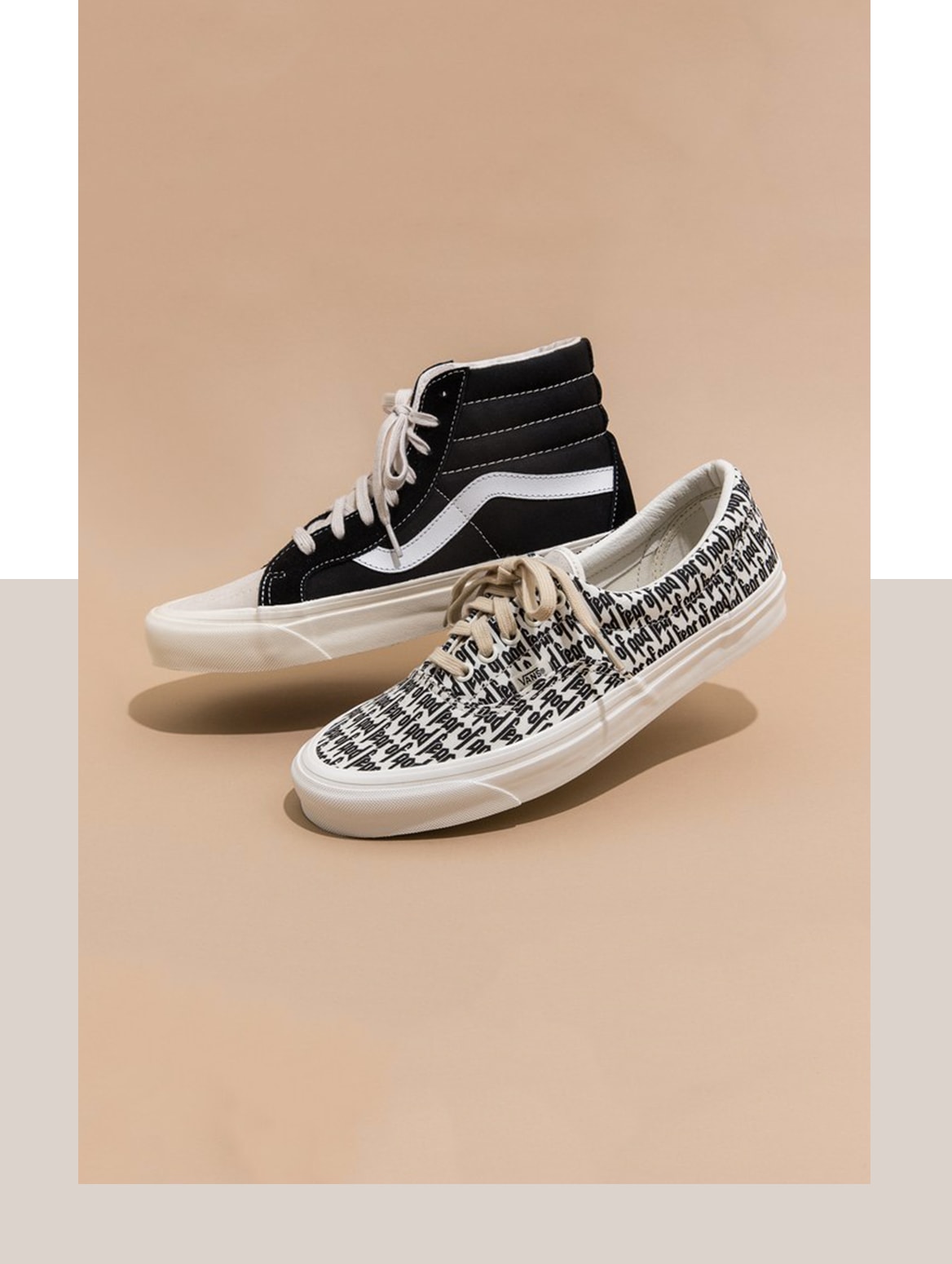 2016 was the year that Jerry Lorenzo finally designed his own sneaker and while Fear of God’s military sneaker may certainly steal a couple end-of-year headlines, it was his diffusion line’s collaboration with Vans that truly made the biggest splash. Lorenzo’s take on the Sk8-Hi elevated the West Coast classic, with subtle details like an off-white midsole, birch tongue and toe box, echoed the oeuvre of high fashion designers like Rick Owens — all at an affordable price-point available at a mall near you. — Ben Roazen 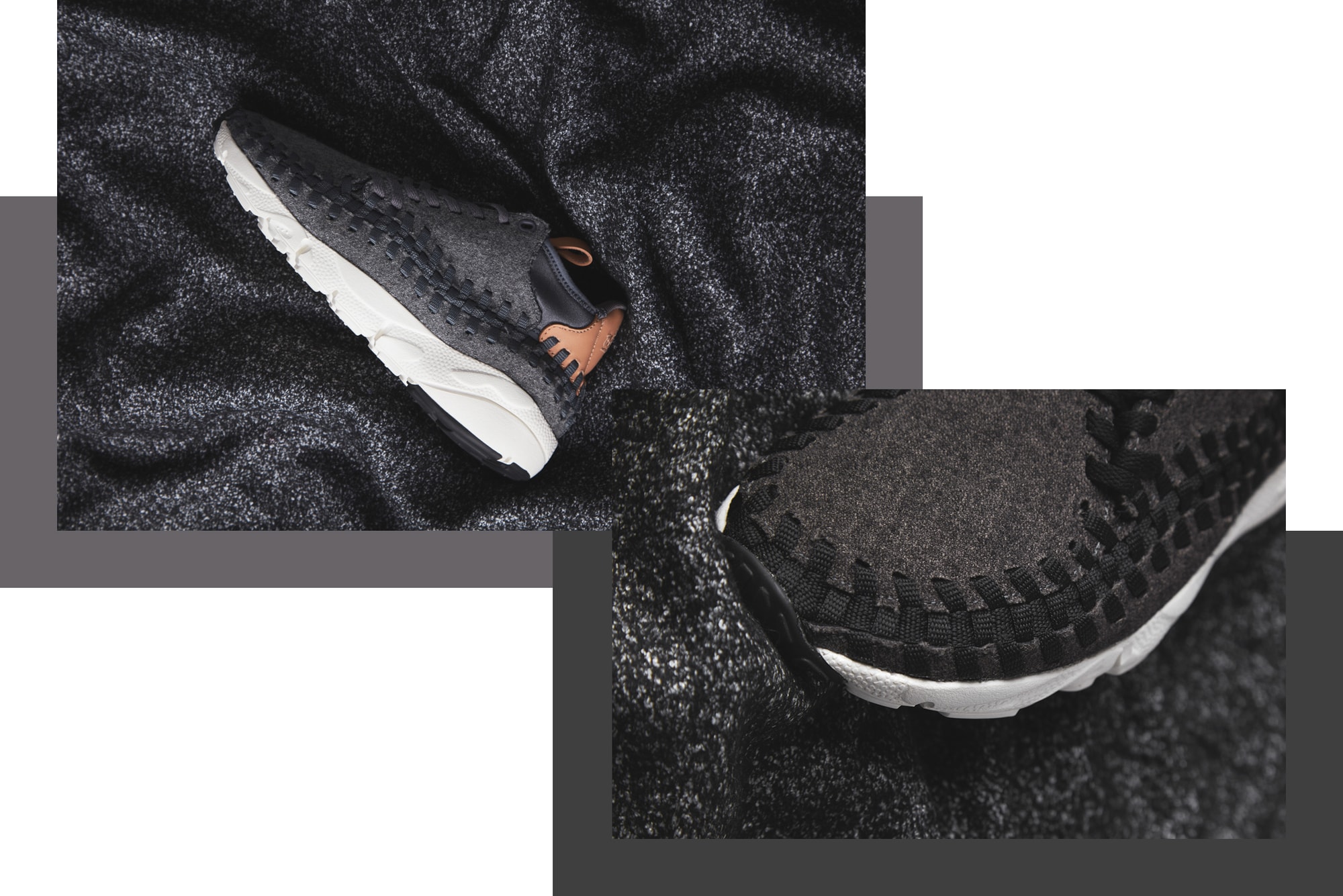 This year saw Nike make several variations of the Air Footscape woven chukka, a shoe that’s always looked a bit off – in a good way. On one hand, the shoe is reminiscent of Homer Simpson’s car but, on the other hand, it’s so futuristic-looking that it’s entered the pantheon of timelessness in the same way that more conservative silhouettes have. And its cult status ensures that it won’t ever be so popular that you look like a trend follower while wearing them. There was no shortage of colorways this year, but the one that stood out was the grey wool edition released back in September. — Jason Dike 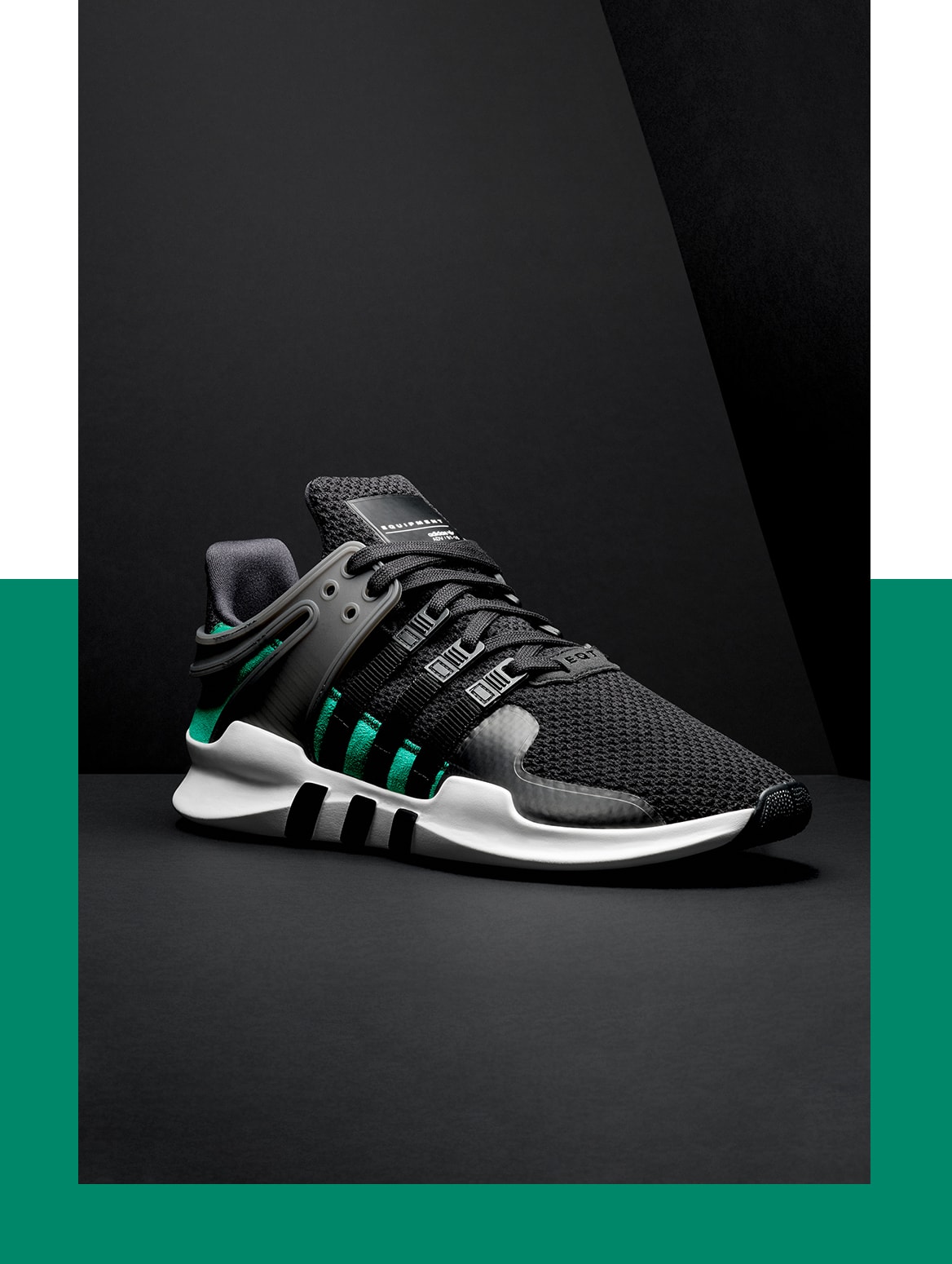 Most people think the Ultra Boost and the NMD are adidas’s premier models and most comfortable but in my opinion, this model is the best in the arsenal. It had the cleanest colorways and featured amazing materials on numerous pairs including neoprene, Primeknit and leather. It boasted the “Triple Black” and “Triple White” silhouettes like its hyped counterparts but the Art Basel edition and UNDFTD collab were on another level. In the end though I picked this specific colorway because it’s iconic for adidas running and a true “OG.” — Matt Peng 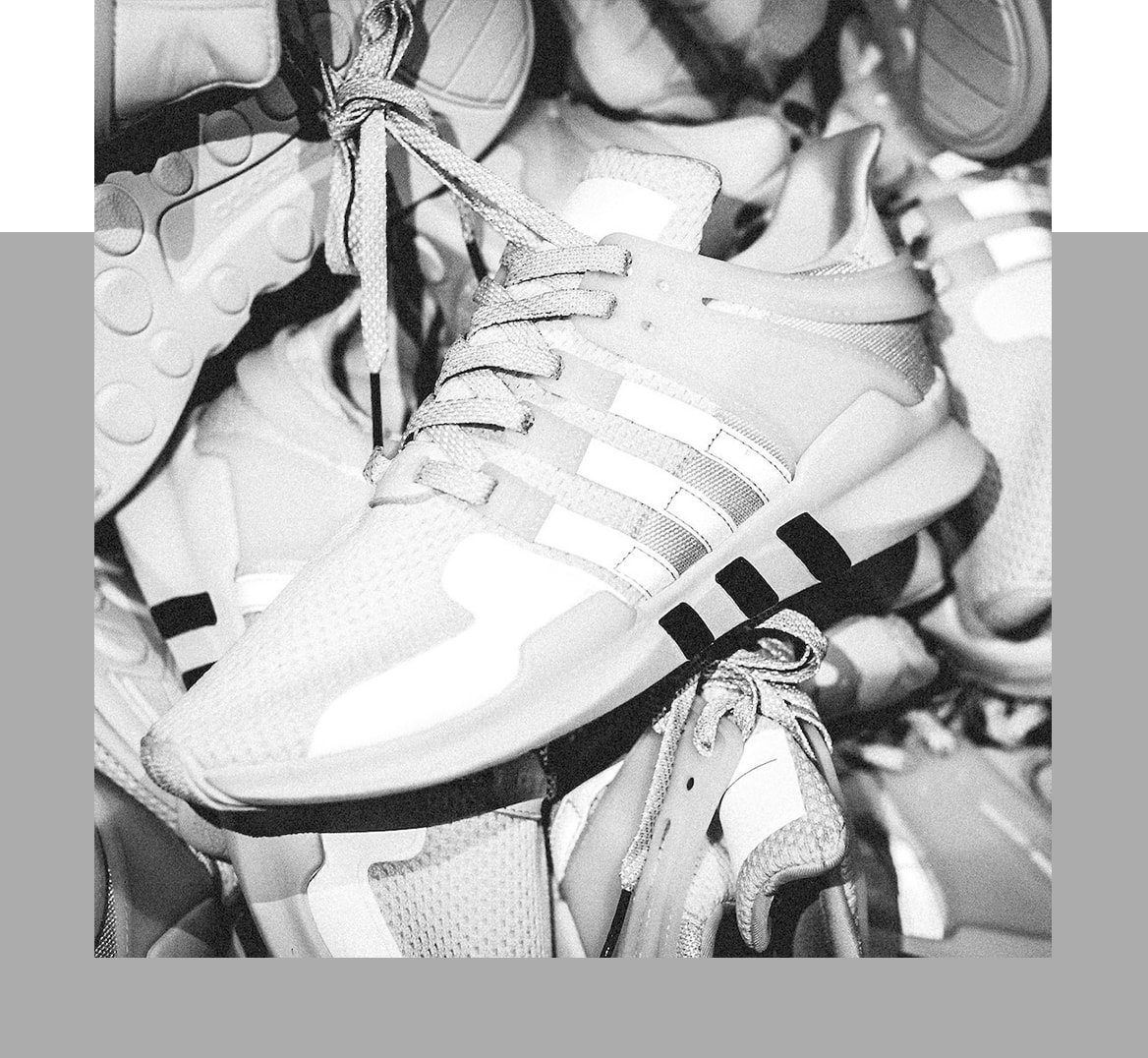 The adidas Originals EQT Support ADV “Reflective” gets an easy “W” for me. It may be pegged as a limited edition model for Art Basel 2016, but the exclusivity surrounding it isn’t what makes it special. It’s a super crisp and timeless pair all around – especially the Three Stripes insignia embellished in deep black on the outsole. Oh, and I’m definitely night riding in these too. — Keith Estiler 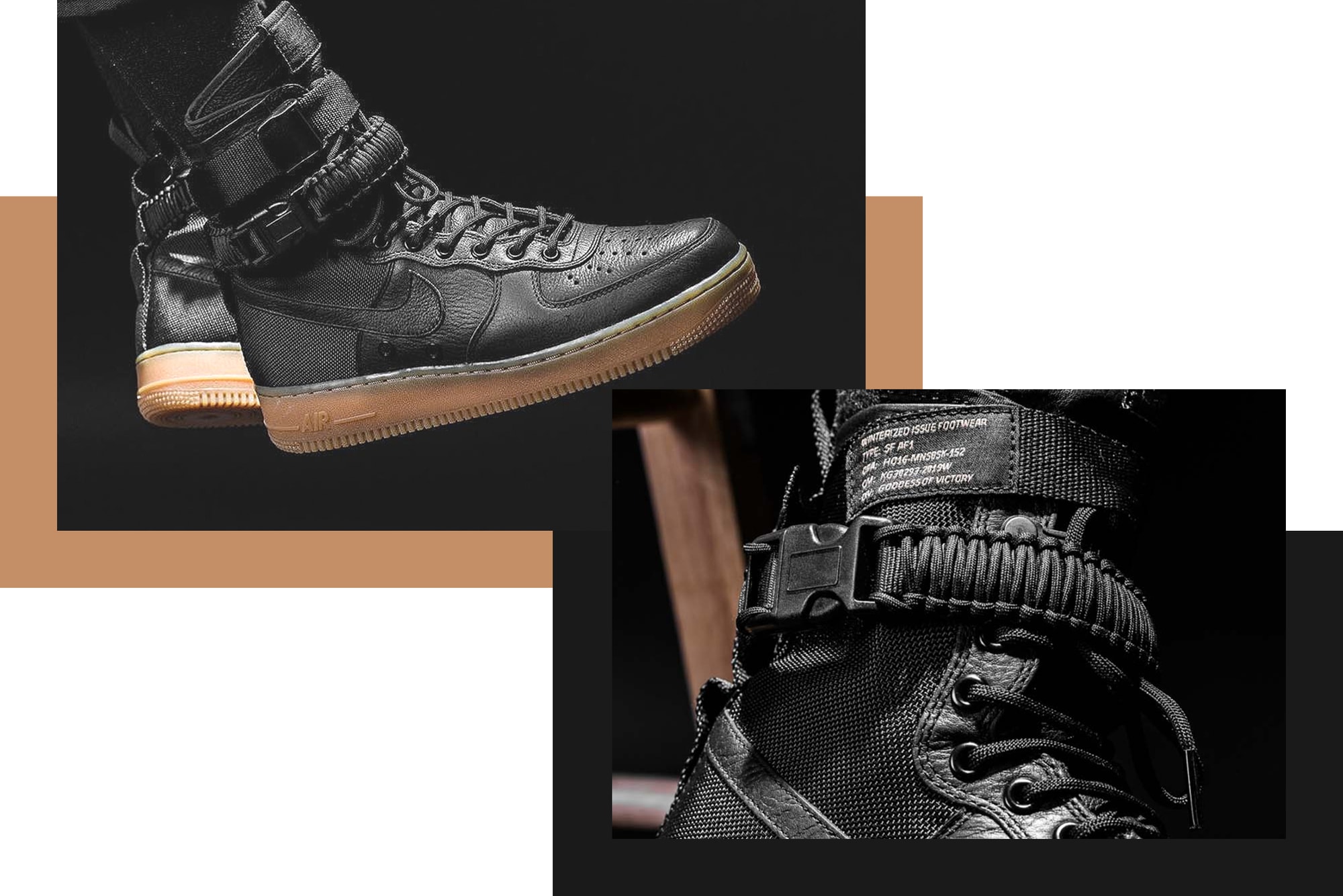 Being a New York native, The Bronx to be specific, the Air Force 1 has always been a sneaker that I’ve been surrounded with my whole life as well as my parents’ too. It’s timeless and seeing it stand strong amongst so many changes within the fashion industry is wild. Once I saw the first images of the SF-AF1 I knew I had to have them. It doesn’t stray away from its original design yet it’s a noticeable change. You can never go wrong with a solid Air Force 1. — Austin Boykins 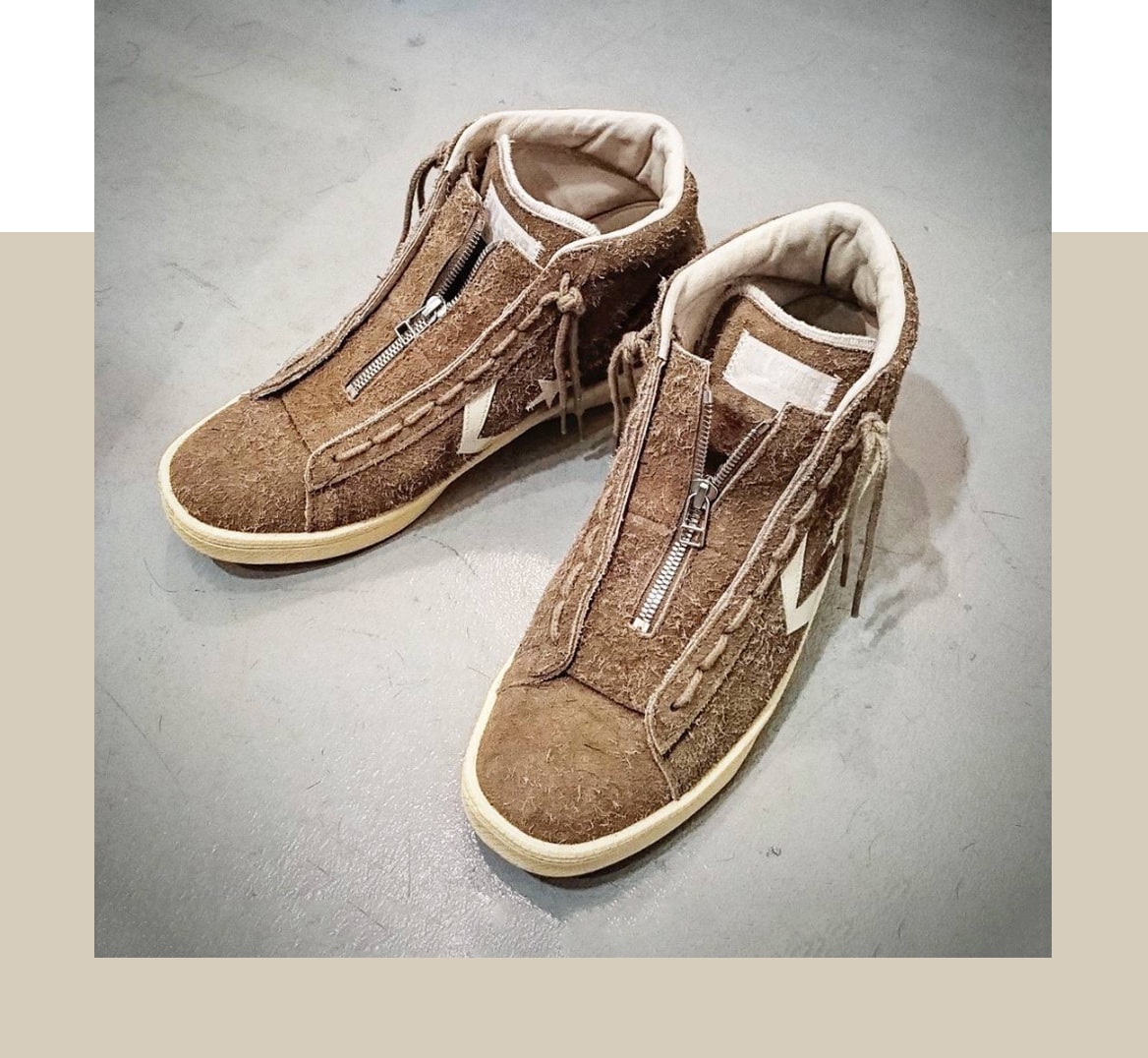 Japan’s nonnative has always done collaborations better than most, opting to put subtle spins on prototypical designs instead of settling for a “special” colorway and some co-branding like so many others. “Dune” collabs with New Balance aside, this year’s Pro Leather team-up with Converse was perhaps Takayuki Fujii and company’s best footwear release yet. Swapping out the Dr. J high-top’s usual leather upper for hairy long-grain suede, the design not only represented a material upgrade, but brought some versatility to the 40-year-old kicks in the form of a zippered shroud, elasticized tongue and tasseled “laces.” For a silhouette that’s migrated from the court to the streets over its four decades, this rugged rendition of the Pro Leather was the perfect nod to the shoe’s celebratory milestone. — T.S. Fox 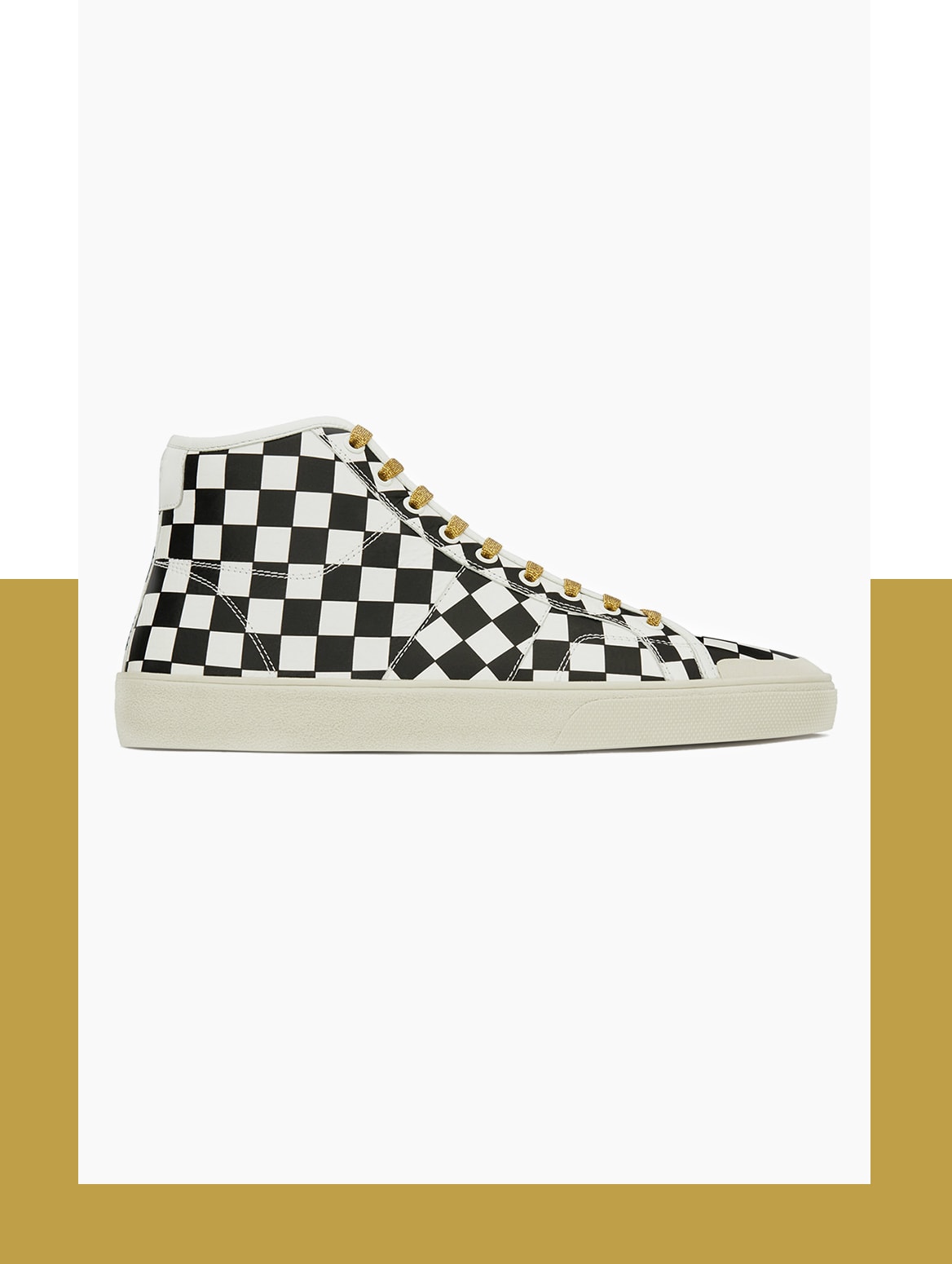 It’s always interesting to see luxury interpretations of classic sneakers and silhouettes. Hedi Slimane’s surfer grunge aesthetic for Saint Laurent’s 2016 spring/summer showing transported viewers to another universe with its presentation, it transported you to the “Saint Laurent universe.” This sneaker is one of those that will only get better as it ages and gets beaten up. – Arby Li 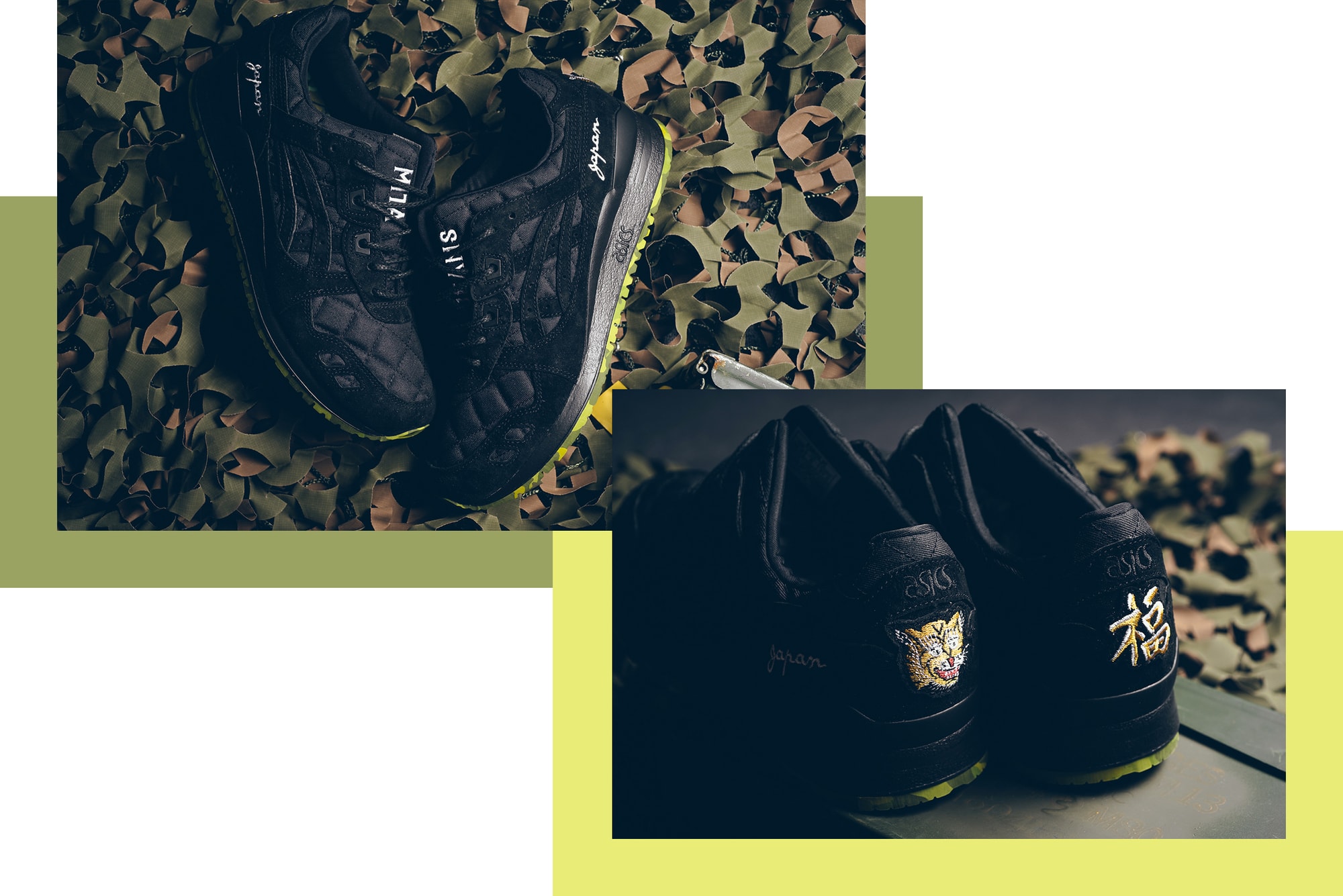 I mean, it’s pretty straightforward as to why I chose these sneakers: I love black kicks and I love traditional souvenir/military jackets. The quilted upper and camo outsole kill it, even though ASICS opted for patchwork rather than embroidery on the heel. Unfortunately, I couldn’t score a pair, so I guess that’s part of the reason why they’re my favorite. — Robert Marshall 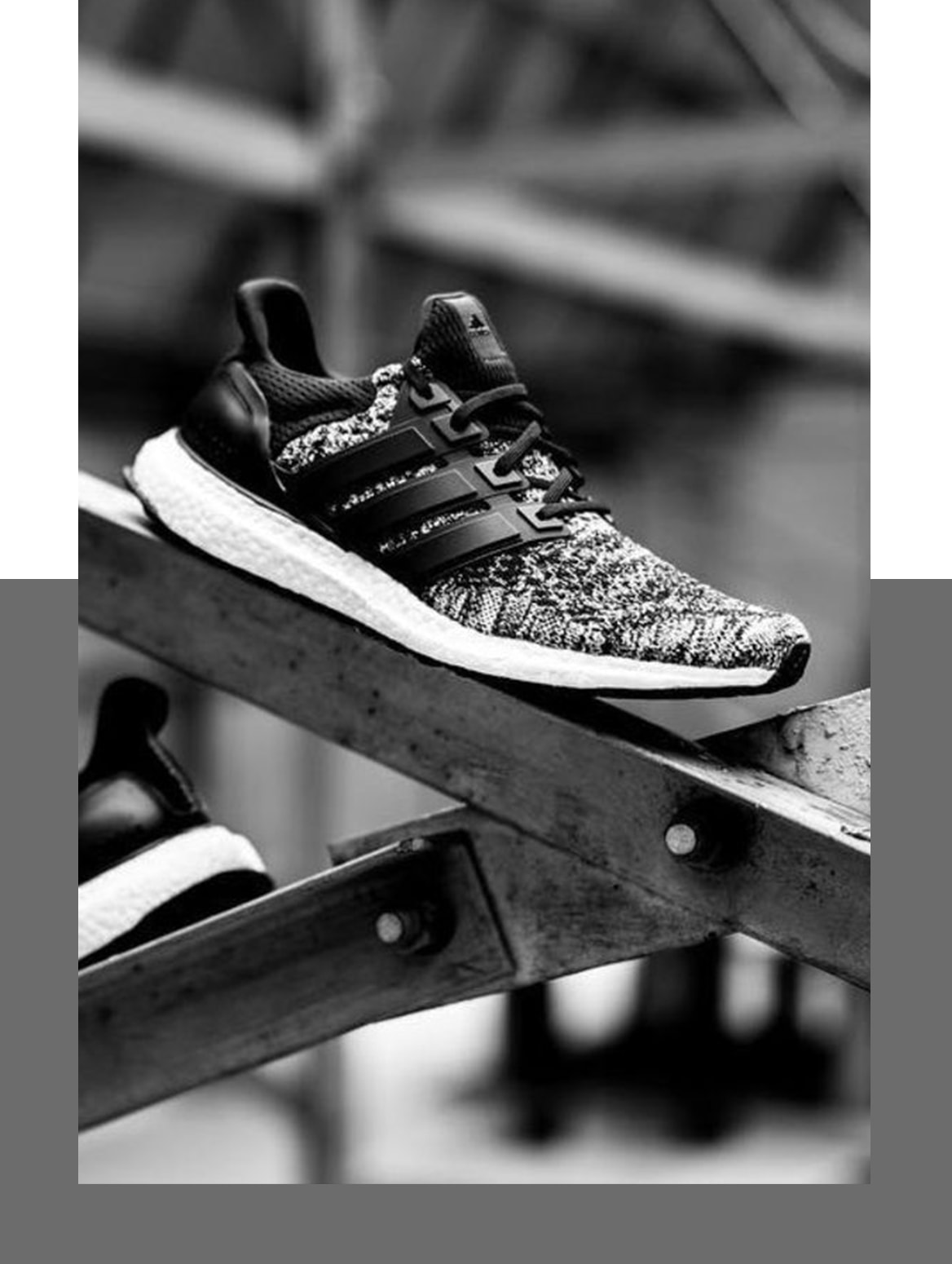 Cozy is the name of the game when it comes to fall/winter footwear and the Reigning Champ x adidas UltraBOOST takes the cake in terms of comfort and versatility. Obviously also ideal for other seasons, the combination of Primeknit material and Boost technology ensures the wearer prime flexibility, breathability and traction. Now add these elements with the marled look of the uppers and you have yourself one cozy shoe – a perfect match to Reigning Champ’s identity as one of streetwear’s respected purveyors of reliable staples. — Felson Sajonas 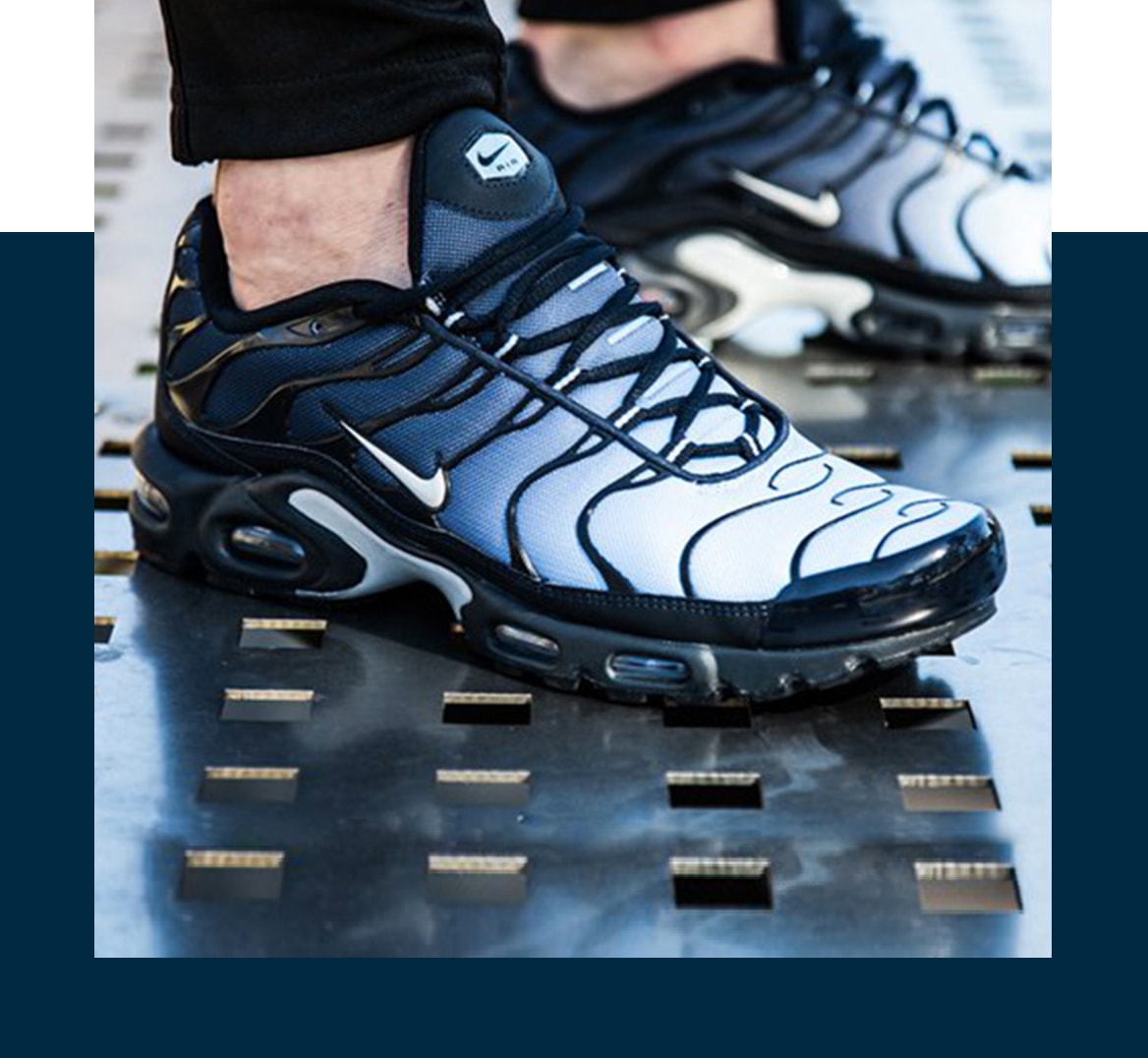 Although the Air Max Plus TN is not considered a popular silhouette by any means the shoe is special to me because it was a model that I coveted when I was younger. The Air Max Plus TN was Nike’s first shoe to utilize the Tuned Air Technology, which consisted of a system of individual pods that were “tuned” to different areas of the foot, but at my early age none of the that mattered. What I enjoyed about the model was the bold color gradient colorways that were accented by the silhouette’s distinct TPU webs and individual air units. Additionally, they are an absolute essential for every roadman wardrobe. — Nicolaus Li 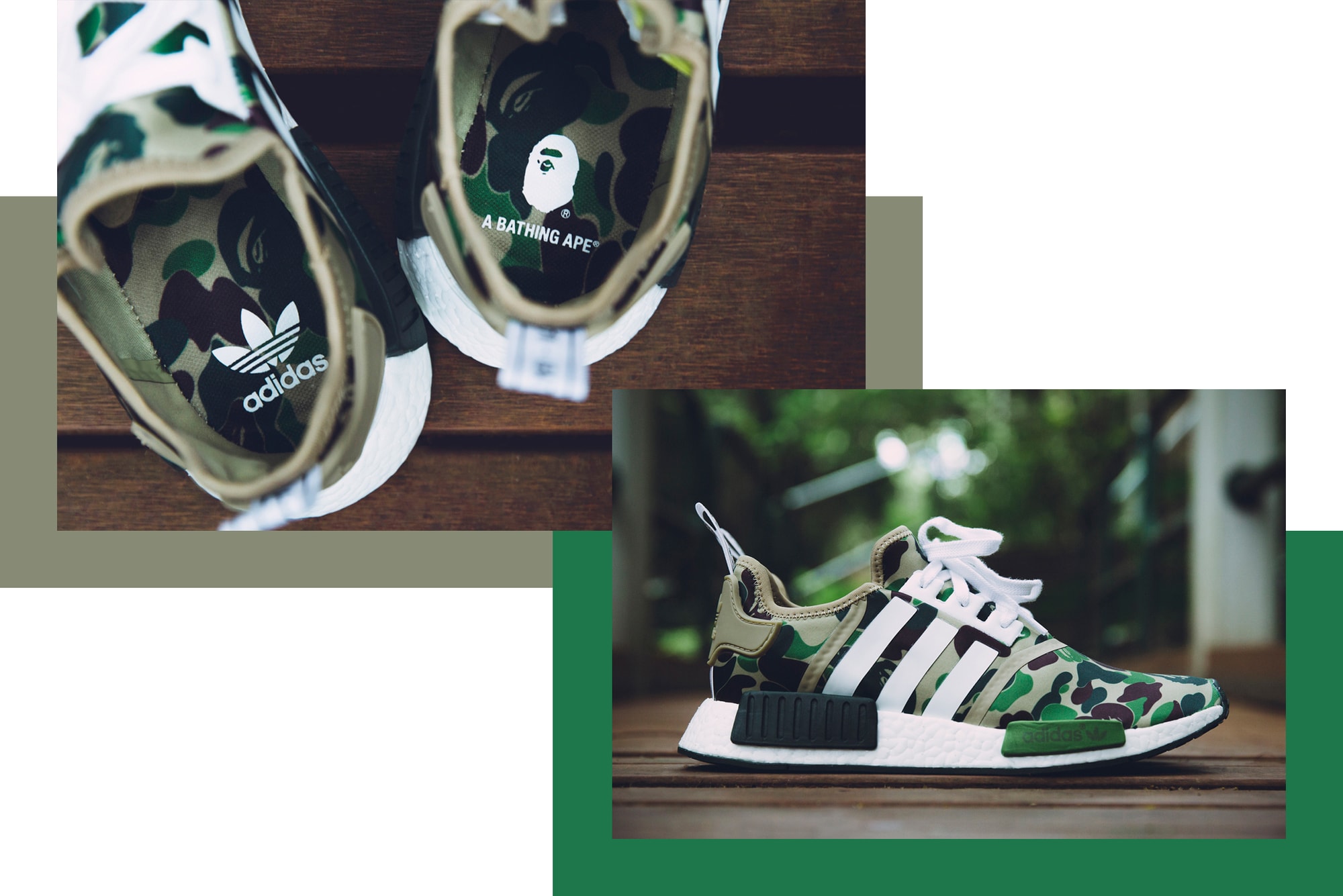 As a huge fan of the Japanese OG streetwear brand, of course I got excited to hear a collaboration with adidas Originals was once again in the works. Using the highly-coveted NMD R1 silhouette, the Three Stripes and BAPE’s iconic First Camo is the perfect dream come true for any sneakerhead. As a proud owner of a pair, I can say this project definitely goes down as one of the most sought-after collaborations of the year. — Mallory Chin 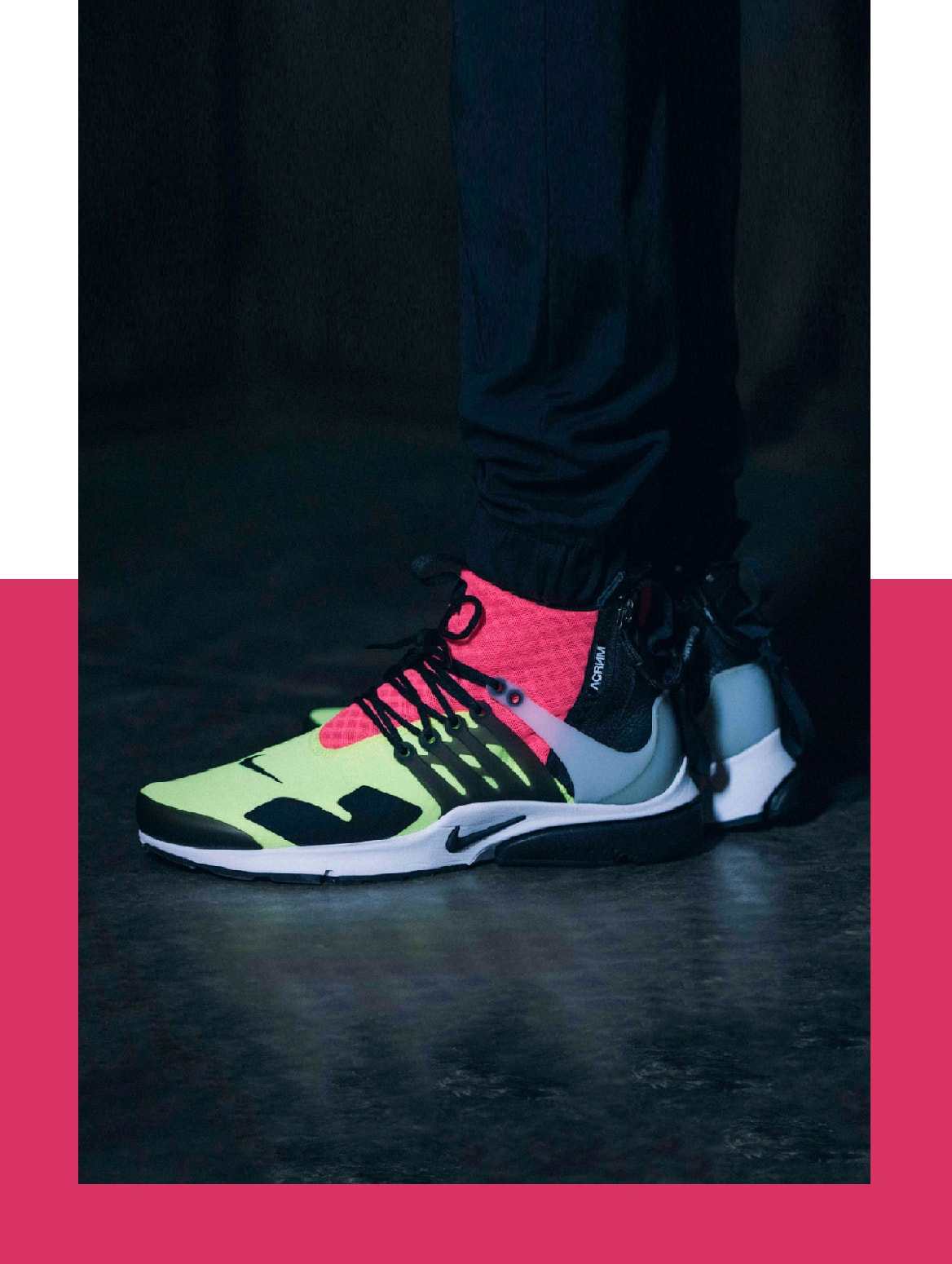 The ACRONYM x Nike Presto Mid’s functional design is unrivalled. The zipper system makes stepping out of the house easy — worn zipped on the go, or unzipped for comfort in the office. Compared to the widely released Utility Presto Mid, this NikeLab release seems unfinished but is a work of art. — Drew Pulig 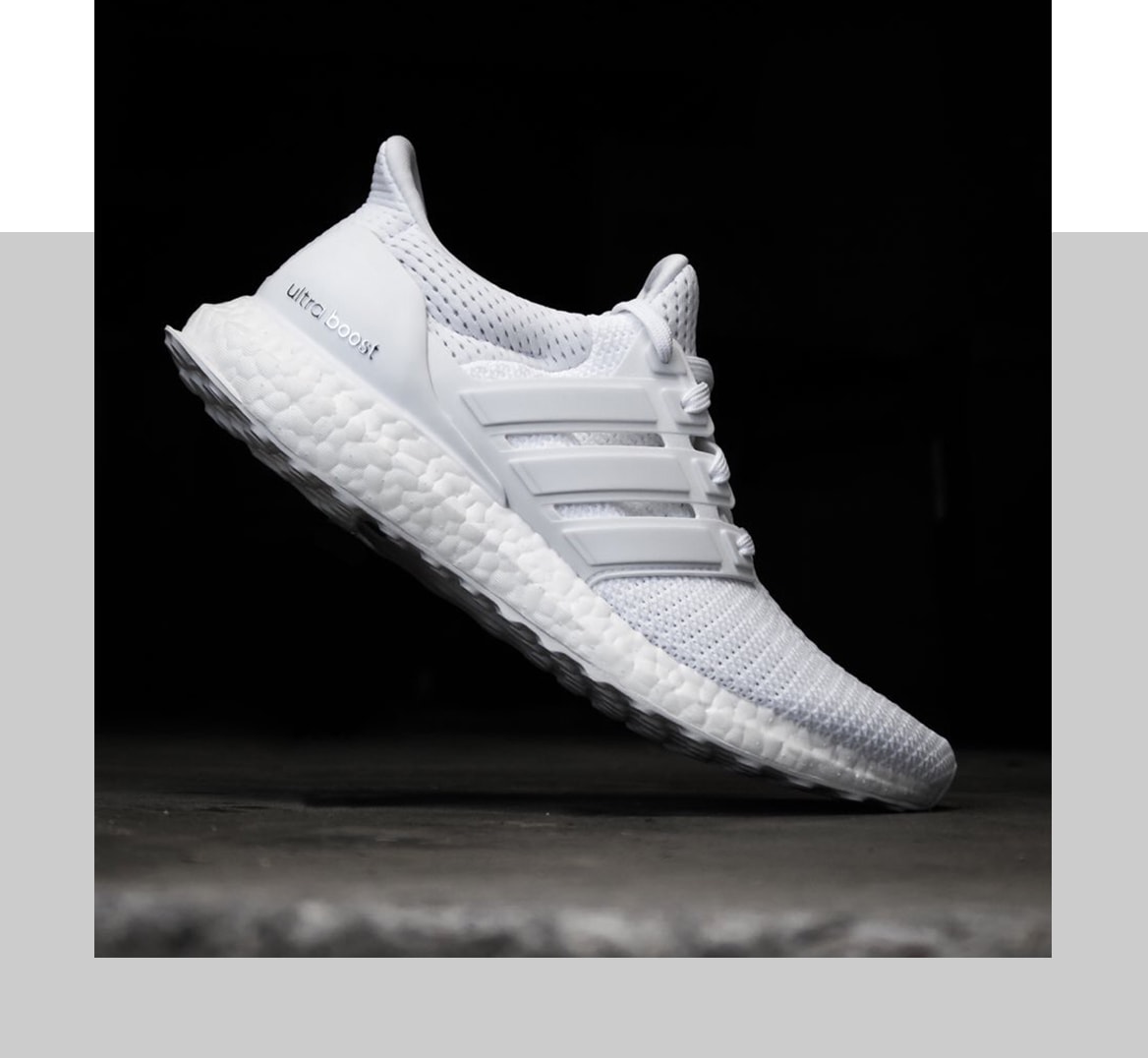 At this point, if you don’t have a pair of Ultra Boosts it’s fair to say you’re missing out. The adidas running shoe has redefined the meaning of comfort with its BOOST sole technology that actually returns energy with every step. The shoe’s knitted upper offers unprecedented breathability and flexibility — there’s honestly nothing else like it. This “Triple White” colorway is a classic and easy to wear with anything, if you can manage to keep your shoes clean. — Helena Yeung 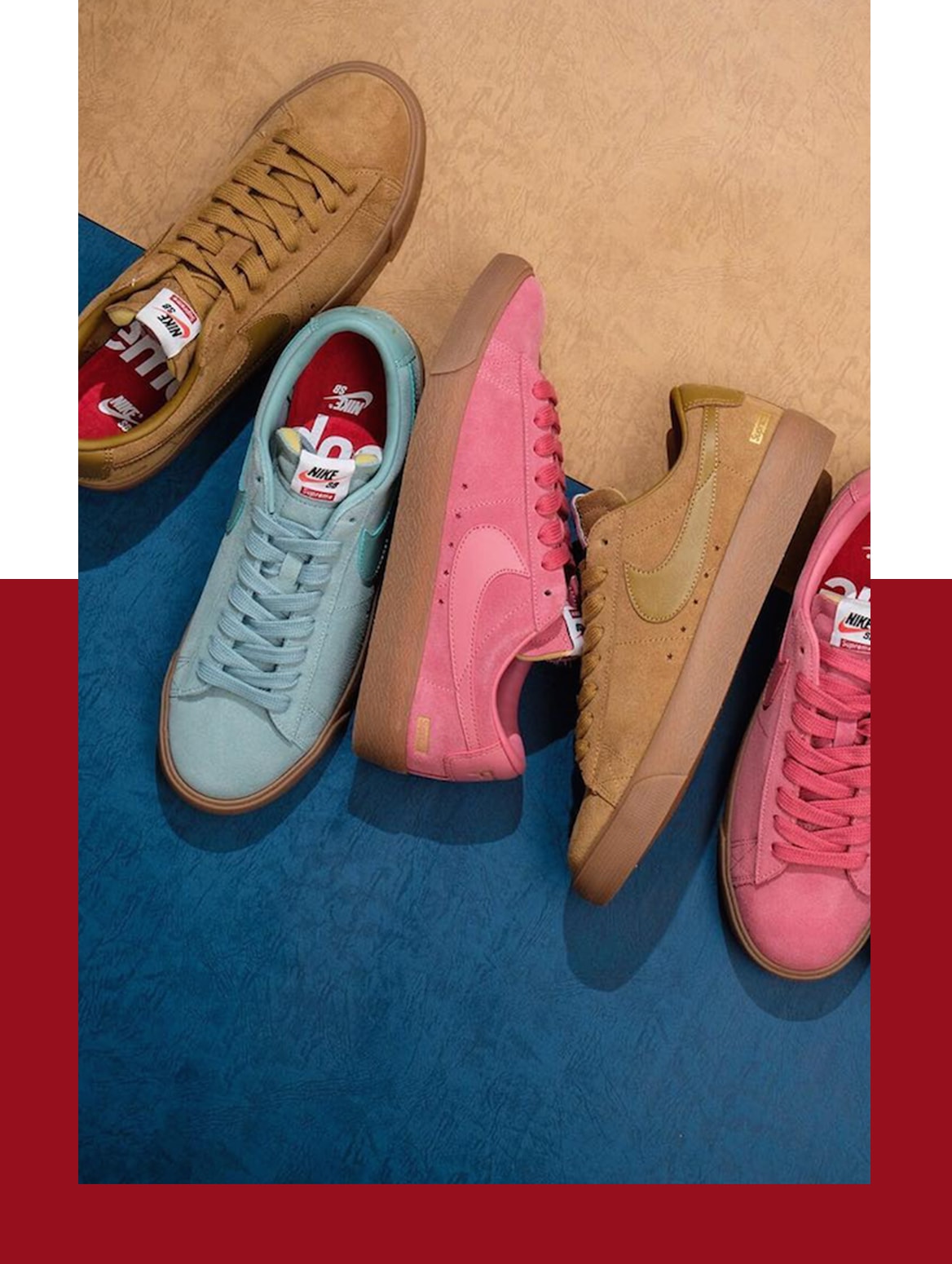 Supreme’s low-key but luxe take on Nike SB’s Blazer Low GT proved a sleek collab that appealed to this lapsed skater thanks to its board-ready low-top shape and high-end finish — soft suede upper on gum sole — that could be dressed up or down. Punchier teal and pink colorways were also available but this tan-on-tan version kept things on the lowdown while that box logo and gold FTW lettering on the back elevated it above similar takes on the silhouette and made it worth braving the drop-day queue. — Ben Olsen 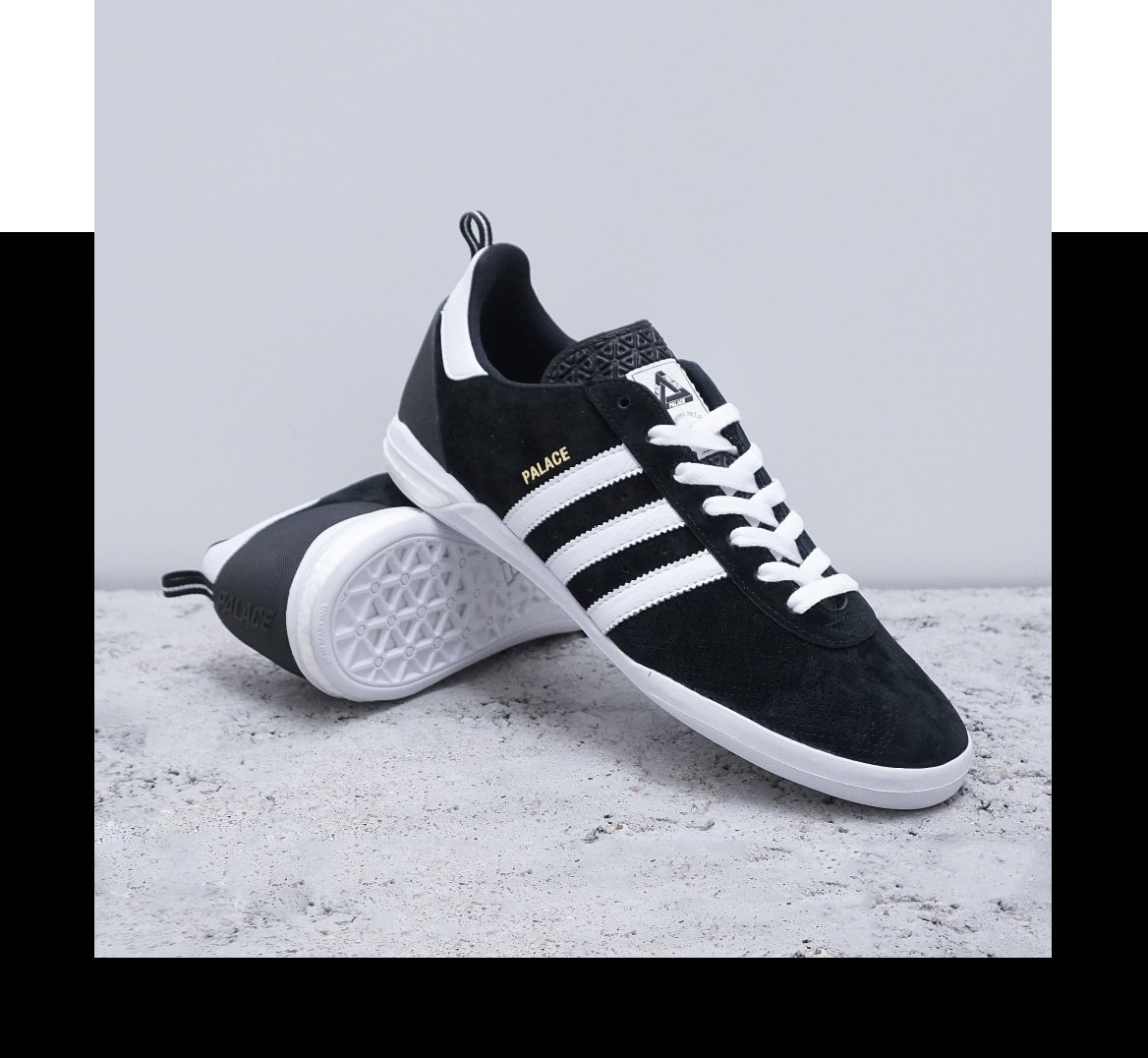 Despite all of the new sneaker models this year, a clean, old-school look is still my favorite. At first glance, the Palace x adidas Originals Fall 2016 Indoor shoes are nothing revolutionary, but the way the model marries classic style with updated tech is what makes the pair pretty great. You get the sleekness of retro adidas designs — a subtle remix of the Gazelle, Samba and Dragon — and the cloud-like support of a full BOOST sole. There’s no clunkiness and the branding is subtle for such a hyped collab, both pluses in my books. It’s a versatile shoe with tech advancements that look towards the future and a design blueprint that nods to the past. — Joanna Fu 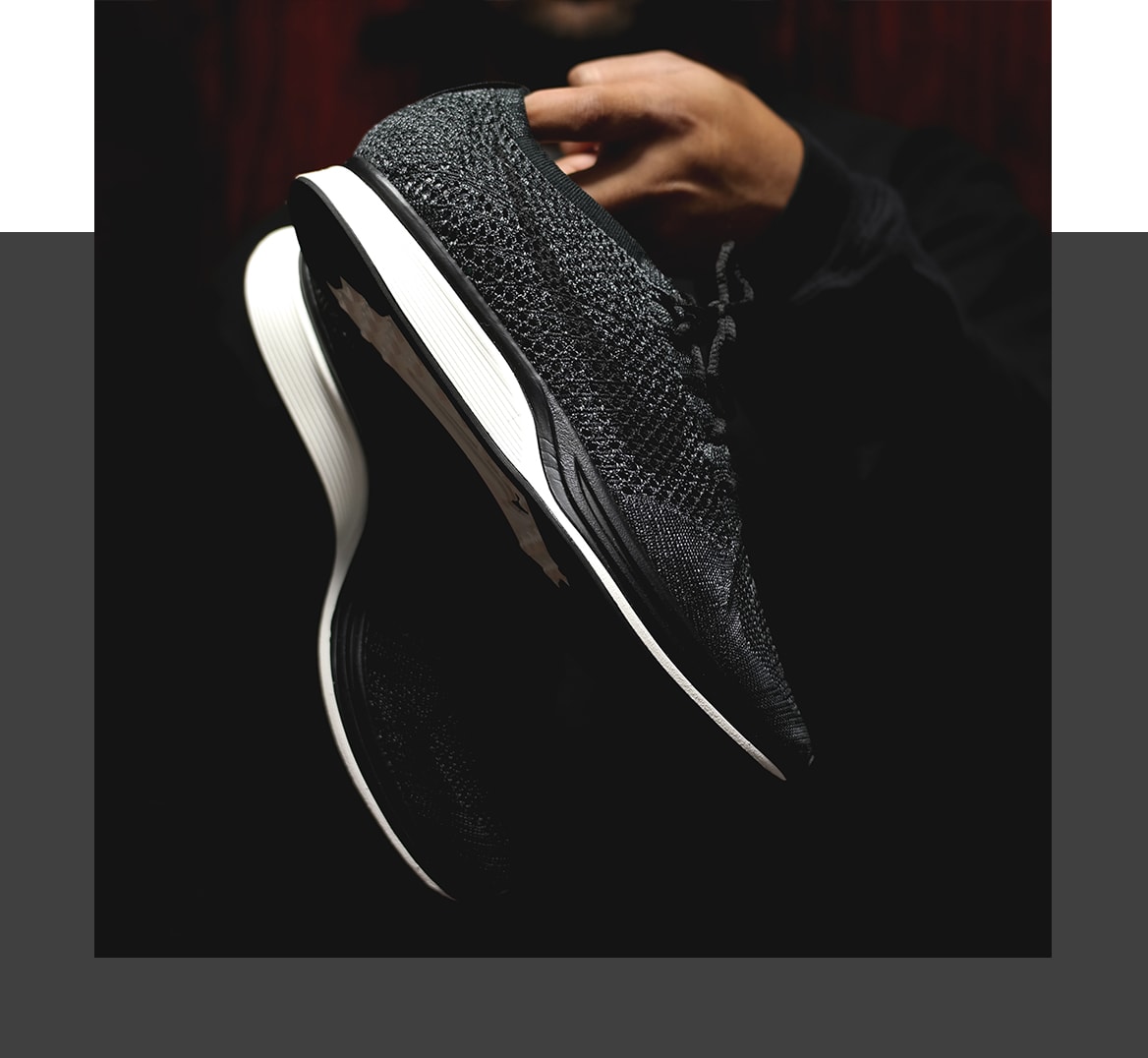 adidas may have dominated 2016, but Nike held its own ground by updating a modern classic, the Flyknit Racer, with a host of colorways that left everyone salivating. Among these releases was the NikeLab “Knit by Night” colorway, which blacked out the upper to leave a sleek, no-nonsense silhouette. Combined with the comfort of its Zoom tooling and near-weightlessness of the Flyknit Racer’s construction, this is a runner built for the everyday. — Gavin Yeung