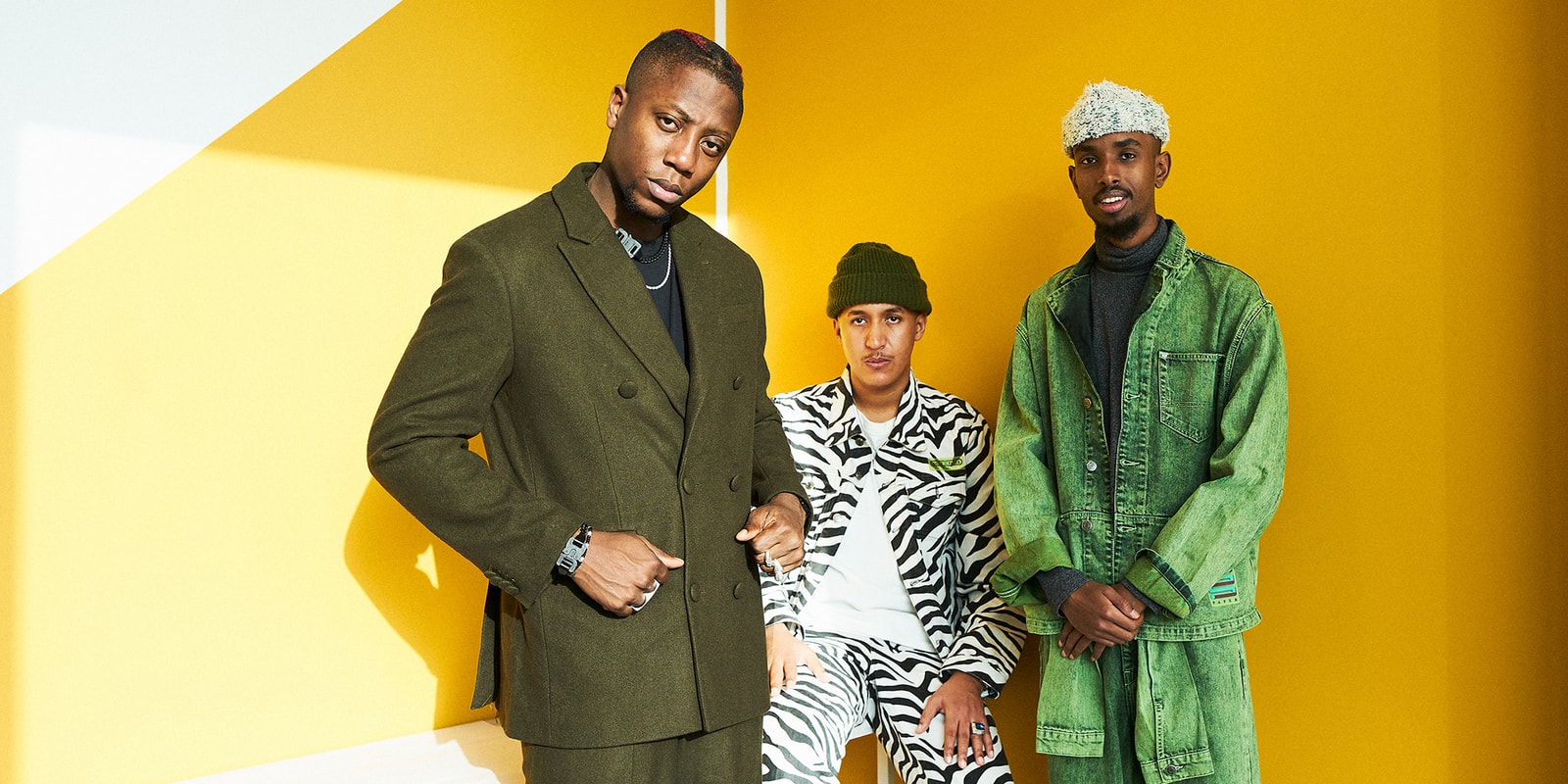 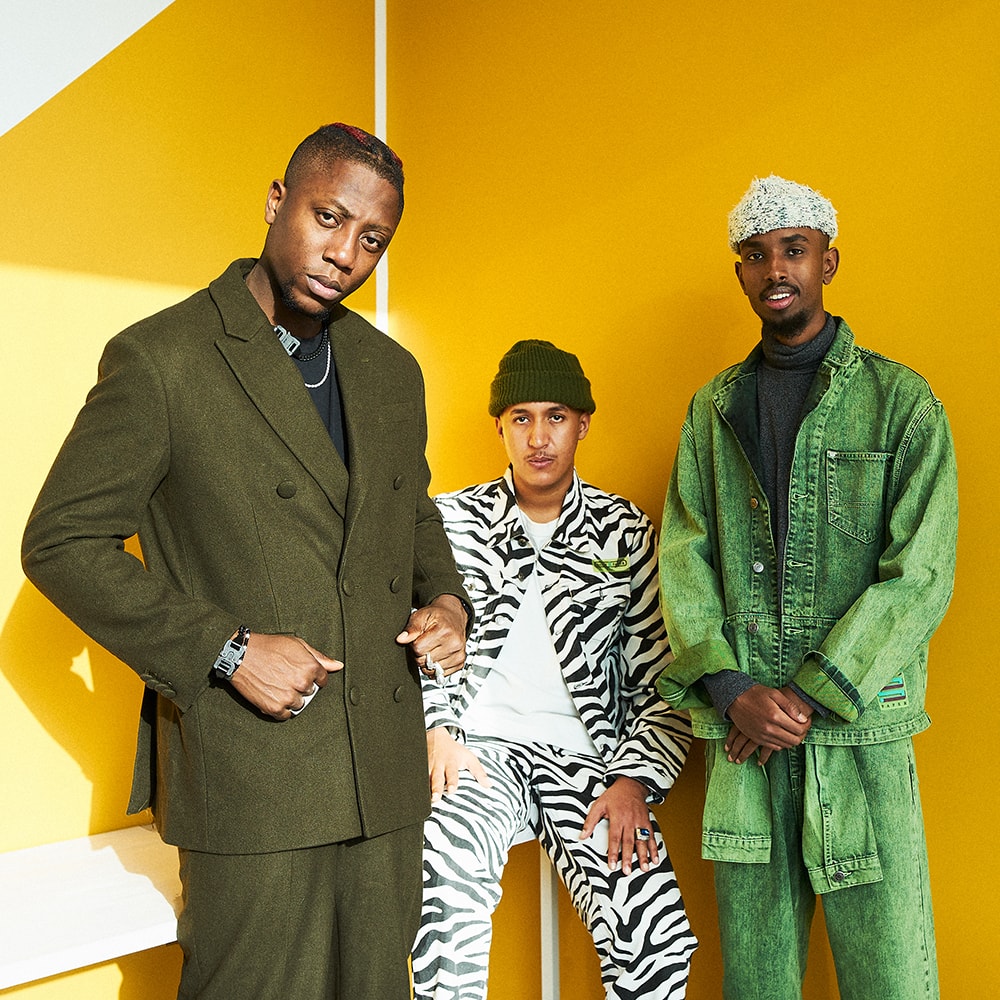 Daily Paper on Family and Roots
In an exclusive interview for HYPEBEAST Magazine.

Hussein, Abderrahmane and Jefferson have known each other since they were in school. The Amsterdam-based trio behind Daily Paper have been working together since 2008, parlaying an online streetwear blog into an internationally recognized clothing label. As third culture kids, they strive to make their African heritage an intrinsic part of their design language. In addition to giving back to communities in Africa via charitable initiatives, they also hold yearly pop-ups in Johannesburg and Accra to sell dead stock to local youth at affordable prices. The idea, they say, is to give back whenever they can to the many places they call home. 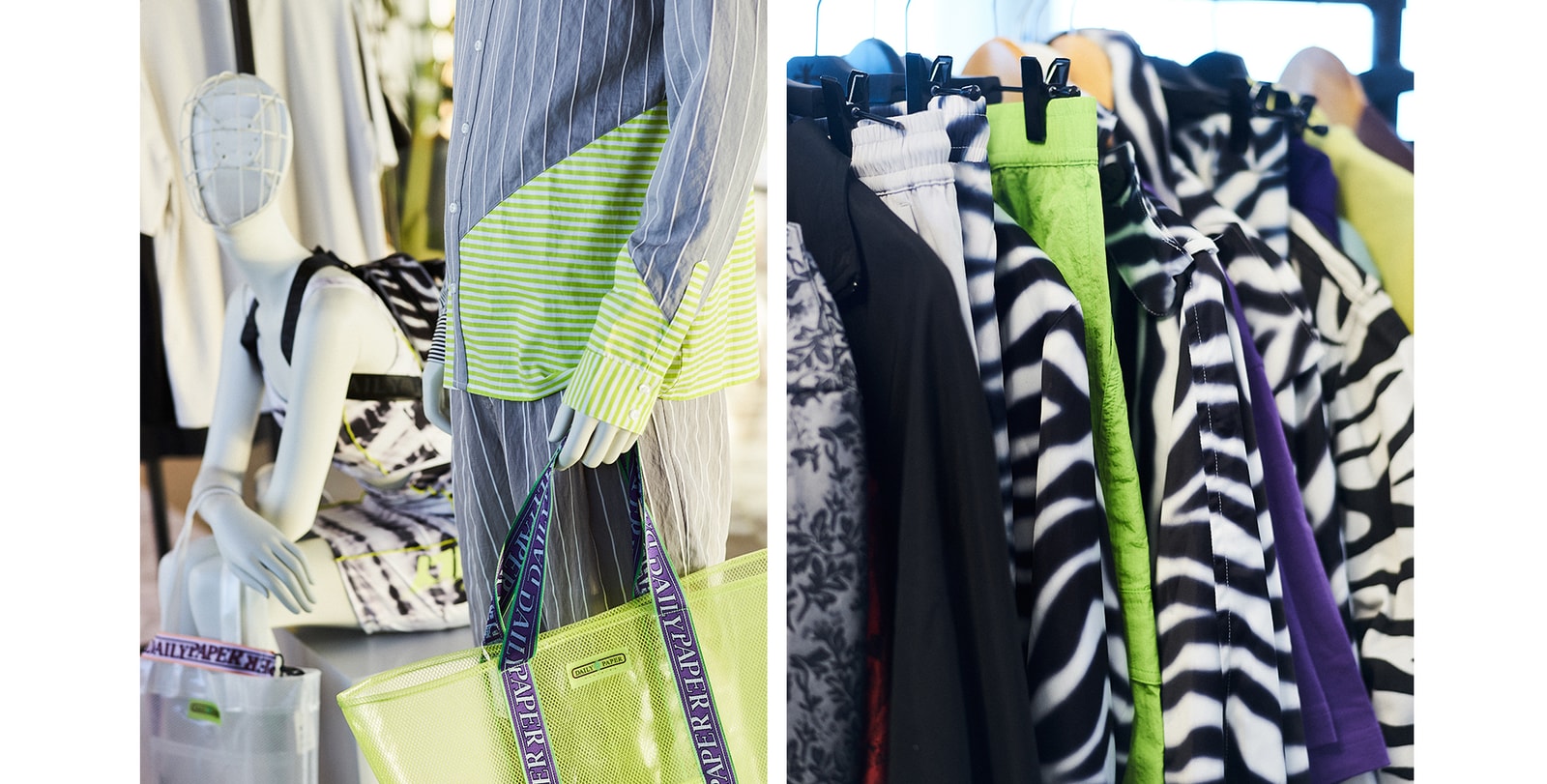 Tell me about your roles and how you work together at Daily Paper.
Abderrahmane:
Hussein’s main role is marketing and strategy. He gives his input on all the shoots, on what next steps we should take. He’s the one that was responsible for the New York store opening in March. Jeff’s main role is sales. He has an overhead on all organizations, so whenever Hussein and I are gone, he protects the base and makes sure everything goes well. When we started with just the three of us, my main role was designer. Now I’m not really designing anymore—it’s more coordinating creative direction. It’s easier because now we can travel more for inspiration.
Jefferson:
We see each other as family. This comes with mutual respect for each other. We hardly fight or have heavy discussions.
What kind of clothes do you want to make?
Abderrahmane:
We try to push our boundaries and try crazier stuff, innovative stuff, stuff that’s maybe a little bit too crazy for people here [in Amsterdam], but in other regions they’re standard. We still offer easier styles to please the people that like them. But you also have a group that likes the more innovative styles, things like detective jackets or puffer jackets, crazy materials like fake snakeskin. We don’t use real snakeskin. 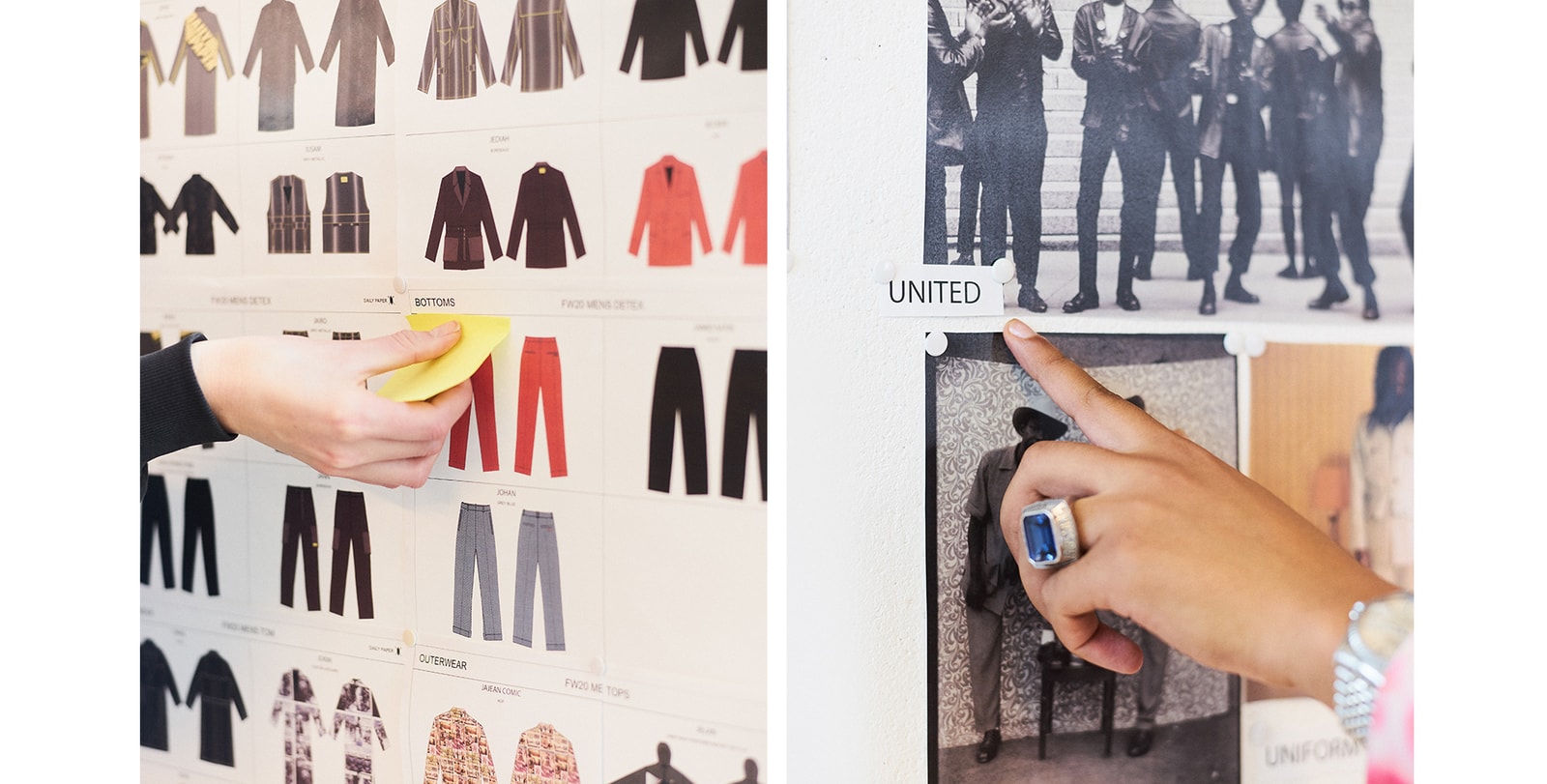 What is Daily Paper to you?
Hussein:
A company founded by friends. We represent the DIY generation. A global movement of underrepresented individuals that is making efforts to break stereotypes, especially those that are assigned to Black and African people. It’s a vehicle where we get to learn more about ourselves and our own history and at the same time speak to third culture kids that grew up in metropolitan cities in the West.
Jefferson:
This platform represents more than just clothing. It represents a message, a community and a global family of like-minded people who are active in fashion, music and sports.
How did Daily Paper get its start?
Abderrahmane:
Some people don’t know this, but Daily Paper started as a blog in 2008. We covered new age fashion, events, things like that. To promote the blog, we went to American Apparel and printed our logo on a t-shirt, then sold it to a friend. Slowly people became more interested in our merch than the blog. In 2010, we were sitting together, and we realized we had an interesting opportunity. Jeff, Hussein and I had all already been to Bread and Butter, been to Paris Fashion Week. We met such cool guys from such cool stores. That’s when we decided to do it. We released our first collection of five t-shirts in 2012. 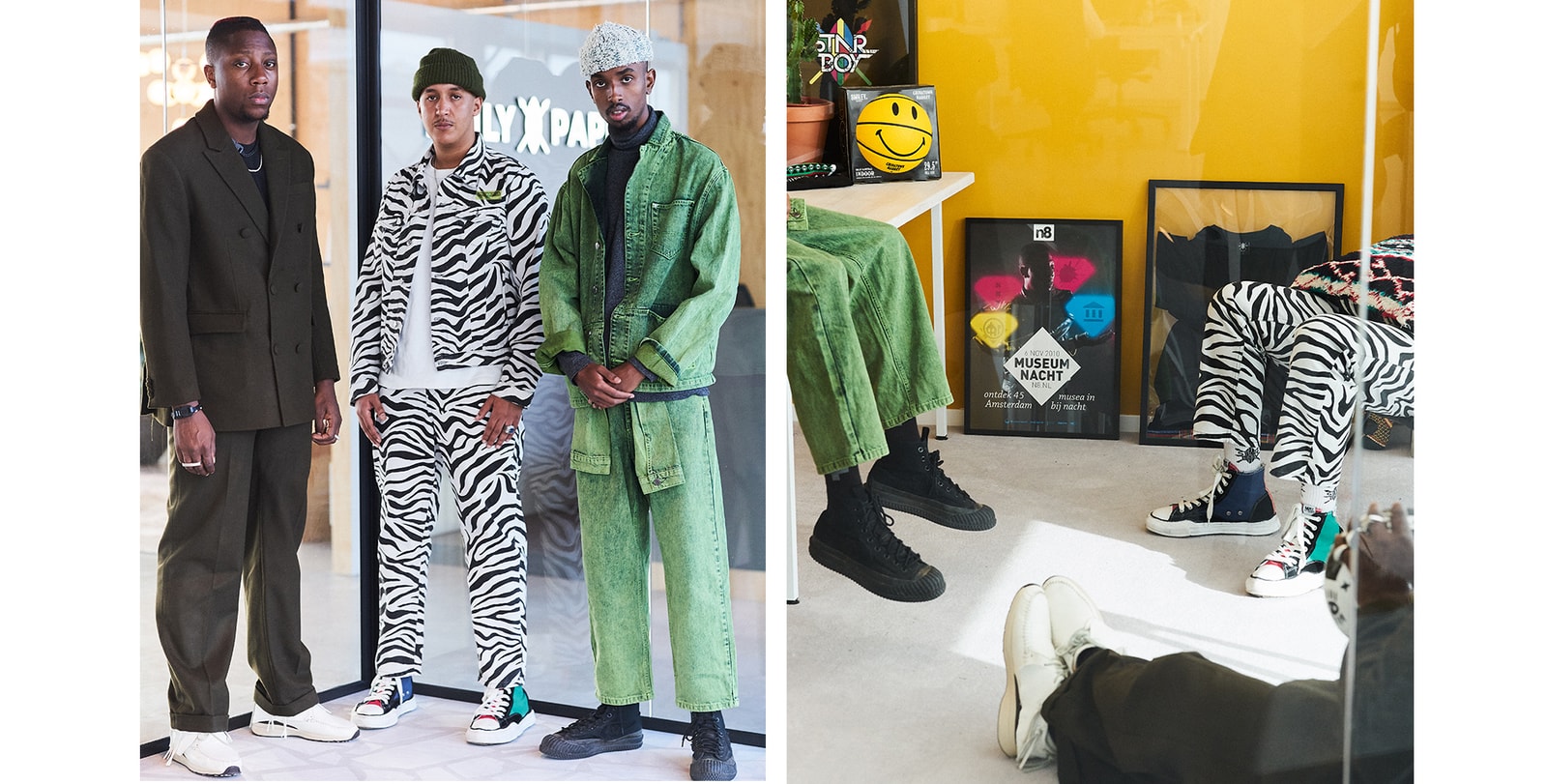 What’s changed since the beginning of Daily Paper the clothing brand to now?
Hussein:
The message has always been the same. The audience got bigger. We grew from a local Amsterdam-based brand to being sold in 29 countries in over 200 multi-brand stores. We are more traveled than before, and thanks to the Internet, we get to communicate on a global level.
Abderrahmane:
We’re also doing a lot of giving back. For example, the first thing we did when we had the opportunity was to build a football court with Puma at an all-girls school in Accra. After that, we collaborated with Elmon Peace, a charity that gives art therapy to war children. We chose a few of those drawings, put them on t-shirts, and all the profits went to Elmon Peace. We’re currently finishing a football court there with that money.
We’re also trying to produce sustainable clothing. All our handbags, labels and poly bags are all from recycled material. So our main labels are from recycled polyester, our handbags are from bamboo and our poly bags are made from corn starch that’s 100% biodegradable. 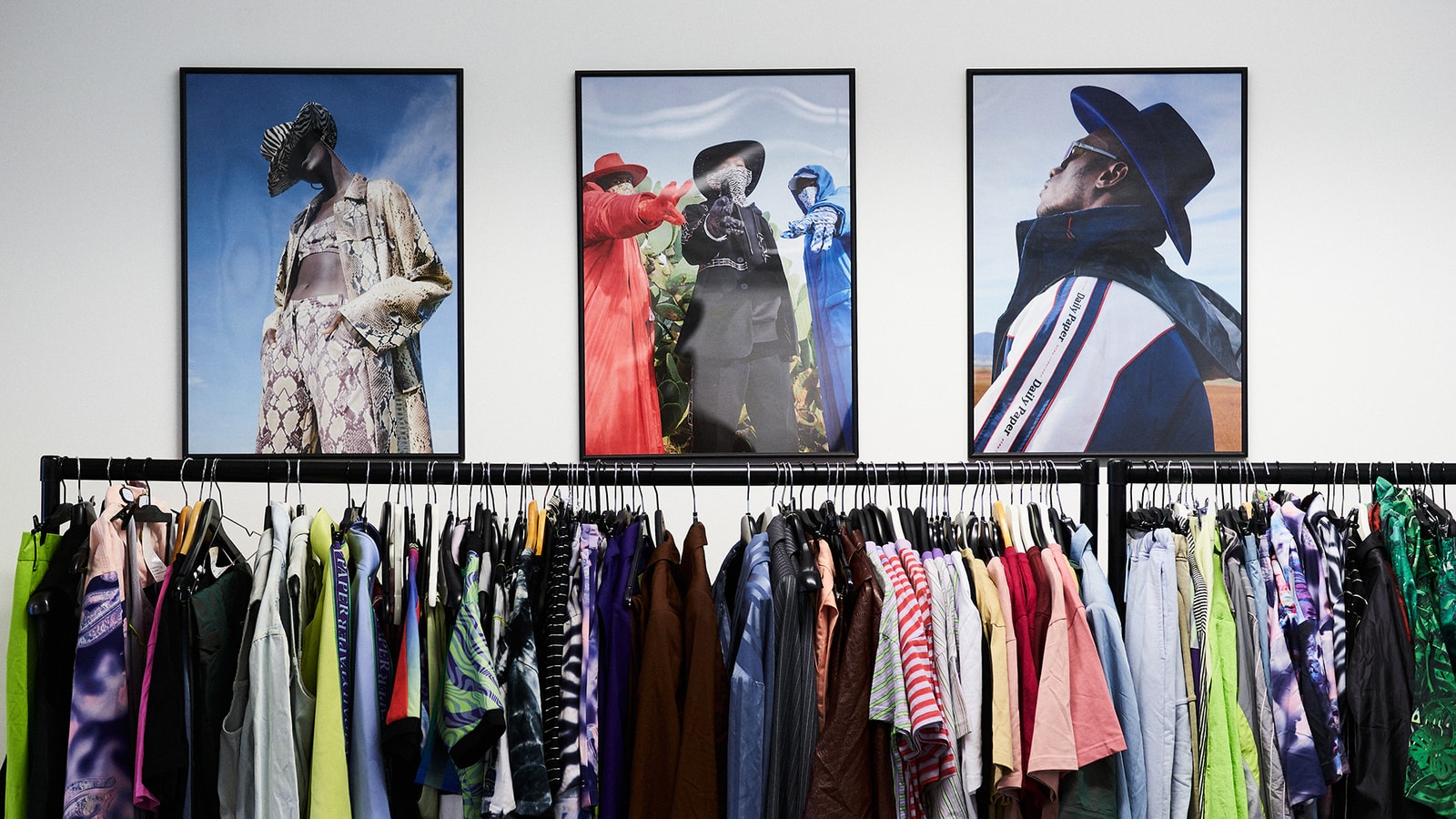 What is something that you keep coming back to for inspiration?
Abderrahmane:
I think our brand aesthetic for sure. As in, what the brand stands for. I always say if Daily Paper doesn’t represent Africa anymore, it has no meaning anymore.
Hussein:
Africa and youth cultures in metropolitan cities. I love how the mixes of different cultures in big cities create new cultures. That’s where I believe the future lies―where we educate ourselves about the origins of the culture and never forget to pay homage.
Jefferson:
We get inspired by the people around us: our friends, our colleagues who we see as extended family, our global community who live in major cities across the globe. All these people are active within the youth culture platforms which inspire us a lot. But our main inspiration will always be the continent that represents our origins: Africa. 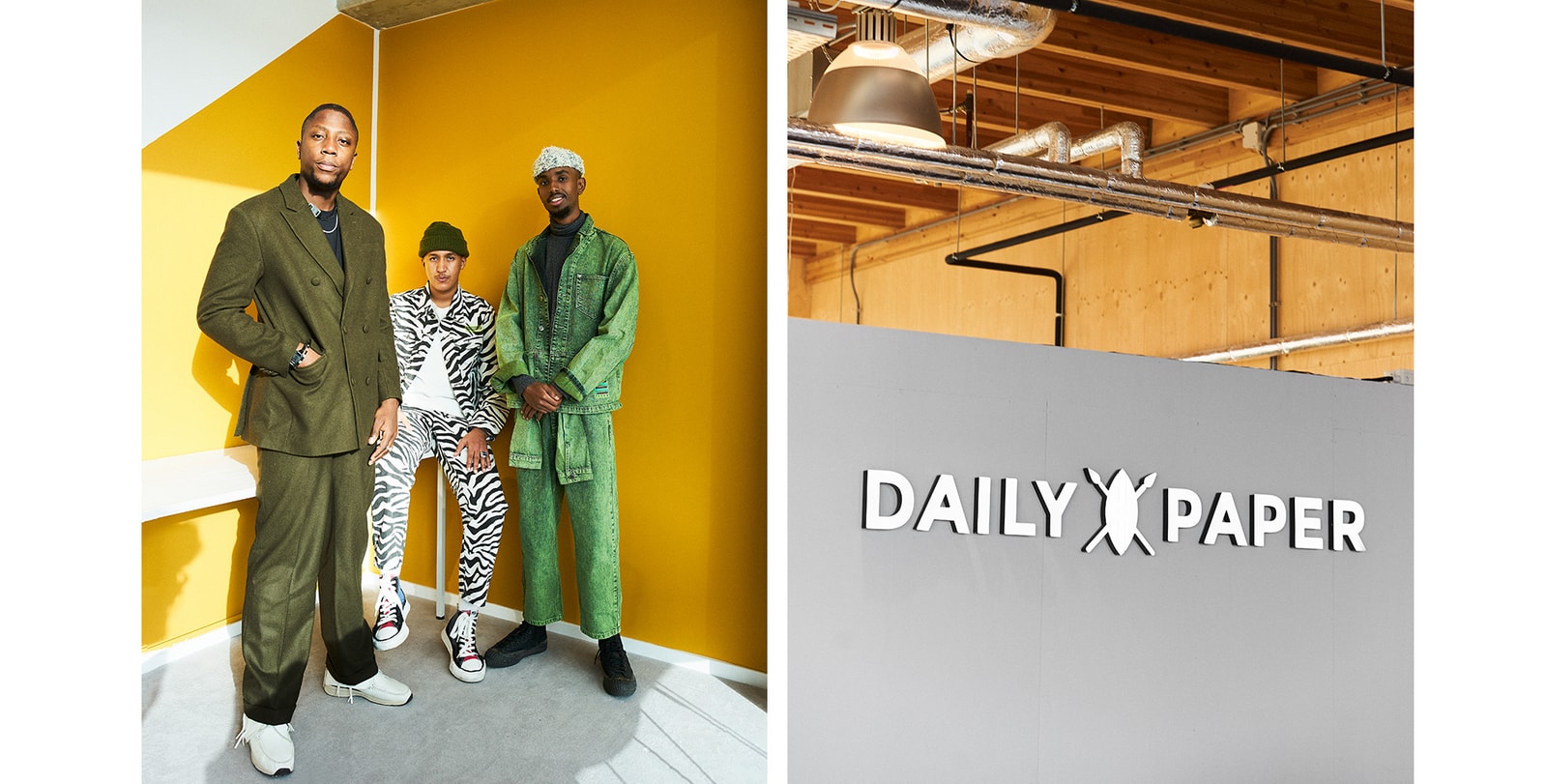 THIS STORY WAS ORIGINALLY PUBLISHED IN HYPEBEAST MAGAZINE ISSUE 28: THE IGNITION ISSUE. FIND OUT MORE HERE.