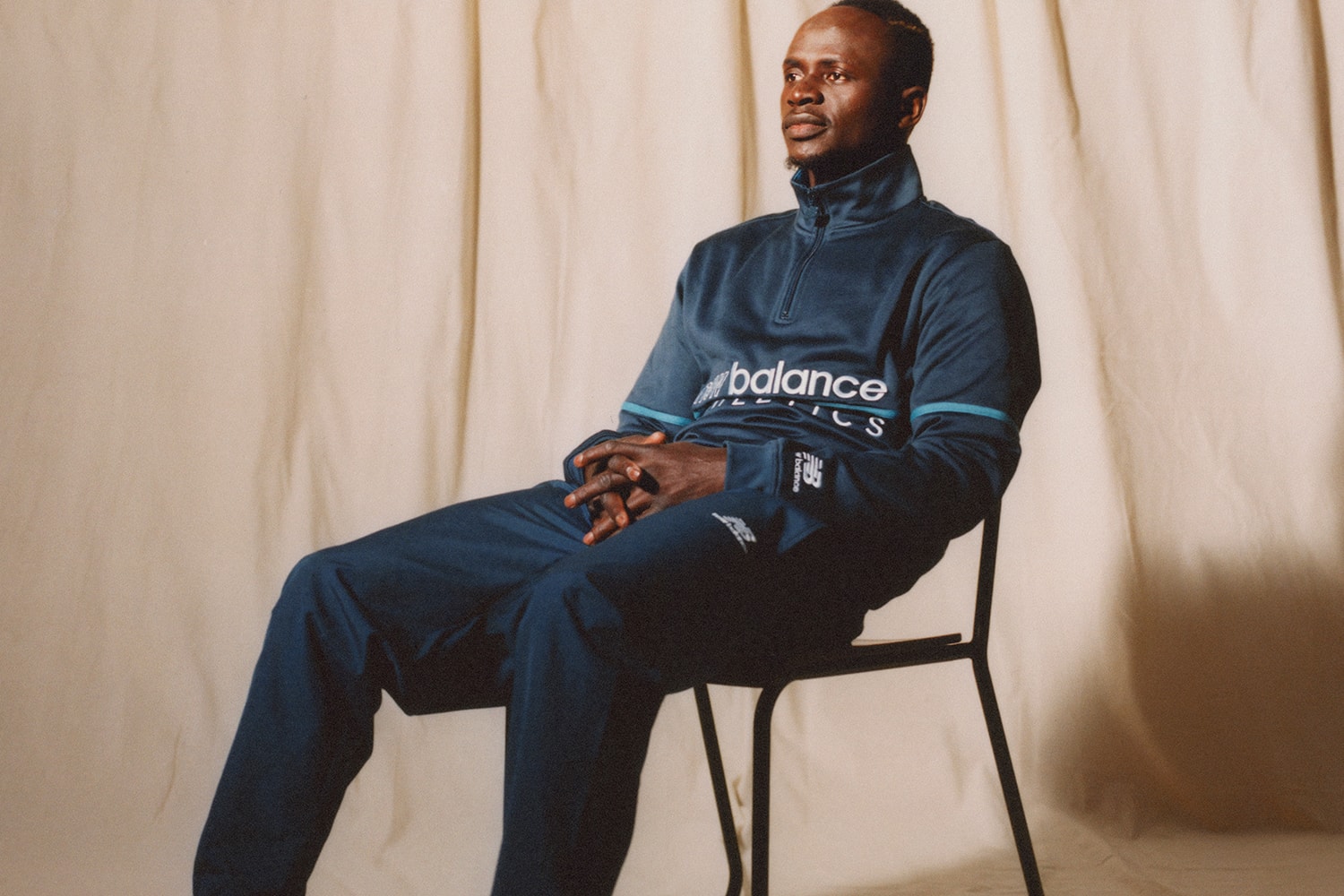 Sadio Mané is Ready for the Next Level
The player explains why Liverpool is more family than football club and more.

The past 12 months have seen Sadio Mané establish himself as a genuine footballing superstar. It’s been a little over three years since he arrived at Liverpool, as one of the first players to join manager Jurgen Klopp’s revolution at the club. Since then, Liverpool has gone on to run Manchester City close in the hunt for a Premier League title and outclass Barcelona on the way to winning the Champions League for a sixth time.

Mané has played a key role in this winning streak. Not only did he win the early penalty that set Liverpool on the path to victory in the Champions League final earlier this year, he also finished joint top scorer in the league as he, teammate Mohamed Salah and Arsenal’s Pierre-Emerick Aubameyang each scored 22 times.

“For me, Liverpool is more like a family than a football club.”

Capping that off, the Senegal striker recently earned the fifth spot in FIFA’s “The Best” award, with even Lionel Messi voting for him. As if that wasn’t enough, he’s also been celebrated in song by Sheck Wes.

“I think the team has played a big part in this,” Mané explains of his last season with typical modesty. “We, as a team, worked better than before and that makes it easier for me as an attacker to score goals.” For Mané Liverpool’s success last season was driven by heartbreak the year before, which ended with a crushing Champions League final defeat, “We also noticed in the league how well we can keep up with the other top teams,” he continues. “This motivated us even more to improve our performances and to achieve more.” Growing up in a small village in Senegal, Mané’s route to the top of European football wasn’t straight forward. “Ever since I was two or three years old, I always had a ball with me,” he remembers of growing up. “Whenever I saw other kids playing football on the streets of my home village, Bambali, I played with them. Everything started on the streets.” The young Sadio’s passion for football was poorly received by his family, who tried to stop him from playing. Mané would go on to run away from home and join the prestigious Generation Foot academy in the Senegalese capital.

Nowadays, Mané is reluctant to discuss the challenges he faced to become a footballer. Back in 2018, however, he told Bleacher Report that his parents wanted him to become a teacher instead. “They thought football was a waste of time and I’d never succeed at it,” he explained, “I always said, ‘This is the only job that will enable me to help you. And I think I have a chance to become a footballer.’”

“Whenever I saw other kids playing football on the streets of my home village, I played with them. Everything started on the streets.”

After leaving Senegal, Mané signed for FC Metz, an unfashionable club from Northeastern France. His first and only season there saw the team relegated to the French third division. With the global football elite looking a lifetime away, the then 20-year-old Mané moved to RB Salzburg, where his goals saw the club win the Austrian double.

This put Mané firmly on the radar of Europe’s bigger clubs, and a move to a more competitive league was only a matter of time. Mané chose Southampton, where a steady return across two seasons bought him the big move he’d been seeking. At the time, Liverpool was in a state of flux, and an ambitious new manager was beginning to take the team back to its position at the top of European football. Now settled at Liverpool, Mané has found a sense of belonging in the city. “For me, Liverpool is more like a family than a football club,” he says, with this being one of the key reasons the team is doing so well. “Liverpool has unity in my opinion. The success of last season shows how important that can be.”

As well as the unity of the team, Mané has another reason for the team’s success. “I think the fans in Liverpool are unique,” he adds. “In games like Barcelona in the semi-finals last year, when we were already eliminated but managed to turn the game around. You can say that the fans take me to an even higher level.”

“I’m in a good stage of my career, I feel like the whole squad is thinking the exact same thing.”

With a huge season behind him and the 2019/20 season starting well — Liverpool sits top and Mané has already scored eight times — it’s surprising to hear that Mané isn’t exactly setting his sights even higher. “I do not set goals for the new season,” he explains, “I give everything in every single game and then we look at what the outcome is. I’m in a good stage of my career, and I feel like the whole squad is thinking the exact same thing. Every fan can be assured that we will not settle for less than last season.”

Although he claims he hasn’t set any goals for the season, Mané is surely on his way to the very top. With Liverpool currently on top of the Premier League as the club tries to end its 29-year wait for the title, the 2019/20 season is crucial. If last season was the year he firmly established him as a player of global pedigree, this year could see finally enter the top echelon of players.