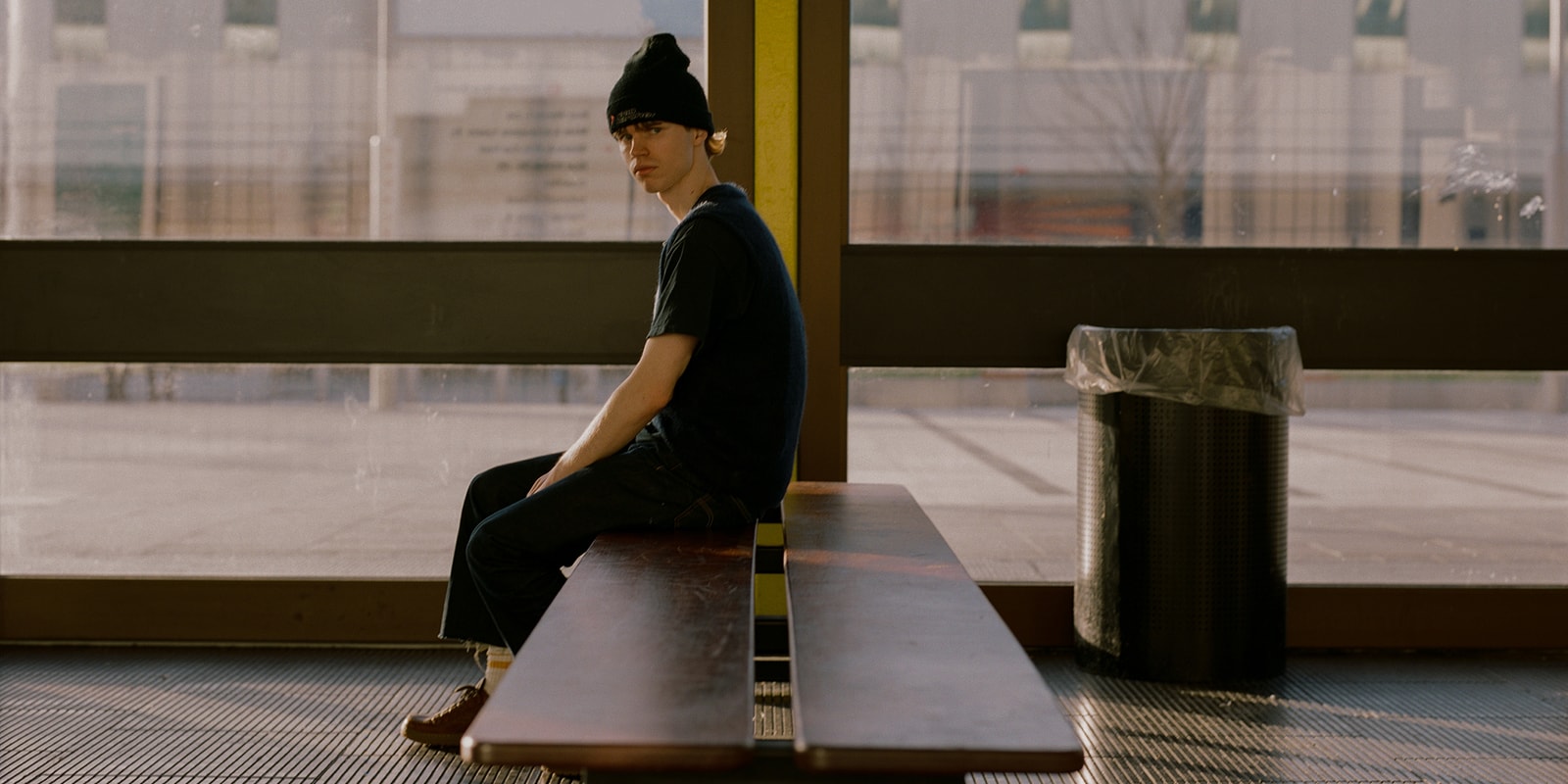 Christian Alexander’s Music Is Bringing L.A. to Northern England
How the rising star grew an international fanbase out of his parents’ garage.
By Jack Stanley

Christian Alexander isn’t what you’d expect from one of the UK’s rising R&B stars. The 22-year-old is shy, soft-spoken and introspective. He still lives at home with his parents in Garstang, a small, rural town near the unglamorous Northern English city of Preston.

Although he maintains a low-profile, Alexander’s status has been growing since he released his first project, Summer ‘17, in April 2019. The album was released through his own Dirty Polo imprint, quickly becoming a sleeper hit as lead single “Going Thru” raced into the millions of streams. Eventually, Alexander’s music also reached around the world, leading to praise from Kevin Abstract at the end of 2019.

Despite being thousands of miles away, it makes perfect sense that someone like Abstract would be drawn to Alexander’s music when you consider the influence of Los Angeles on the English artist’s lo-fi R&B sound. “A part of me gravitated towards it because it was from a different world, I was seeing videos of something totally different,” he explains, referencing Frank Ocean, Earl Sweatshirt and Tyler, The Creator.

The influence of these artists on Alexander is clear, particularly in his half-sung half-rapped vocals, and the beats that come from the makeshift studio he’s constructed in his parents’ garage. His production style is partly dictated by what he has available to him in his home studio (“the basics”), but it’s also a conscious homage to the styles of the aforementioned artists. This creates a lo-fi sound that is hard to immediately categorize, switching between genres and reference points across both of his albums. His hometown also heavily shapes his music, articulated through the dark humor and suburban listlessness that runs across his two projects to date, Summer ‘17 and its follow-up Summer ‘19, released in November 2019.

Alexander’s lyrics have been one of the key reasons behind his growing popularity, with fans often getting in touch to thank him for how he articulates his emotions. Tracks such as “Ledge” and “So High” see Alexander discuss his anxiety and mental health with an honesty that is both refreshing and, at times, surprising in its frankness. The former sees Alexander discuss suicidal thoughts — although he stresses not all of his lyrics are strictly autobiographical — while on the latter he explains that anxiety means that “it’s hard to be the person that I want to be.”

For Alexander though, this lyrical style is just his natural way of writing. “I talk about it in the way that I have been because there’s no other way of putting it,” he explains. “If that’s how I feel, then I’m going to say how I feel, it’s just what I do. I don’t even think twice about it, I just get something out in a storytelling way.”

Having already released two albums in a year, Alexander is looking to the future. He’s beginning to outgrow his garage-turned-studio, and he’s been spending time going over to LA. “I always liked American culture, I’d see it and I’d romanticise it and then I needed to experience it,” he says. “I had a chance to do it so I did. It made me realize that I needed to do it, to see that this exists, but then I needed to go back home and have a cup of tea.” The next stage for Alexander though is moving on from his parents’ house, with plans to make the move to London and expand his music.

Ahead of a big year for the artist, we recently sat down with Alexander to look back on 2019 and discuss his plans for the future. 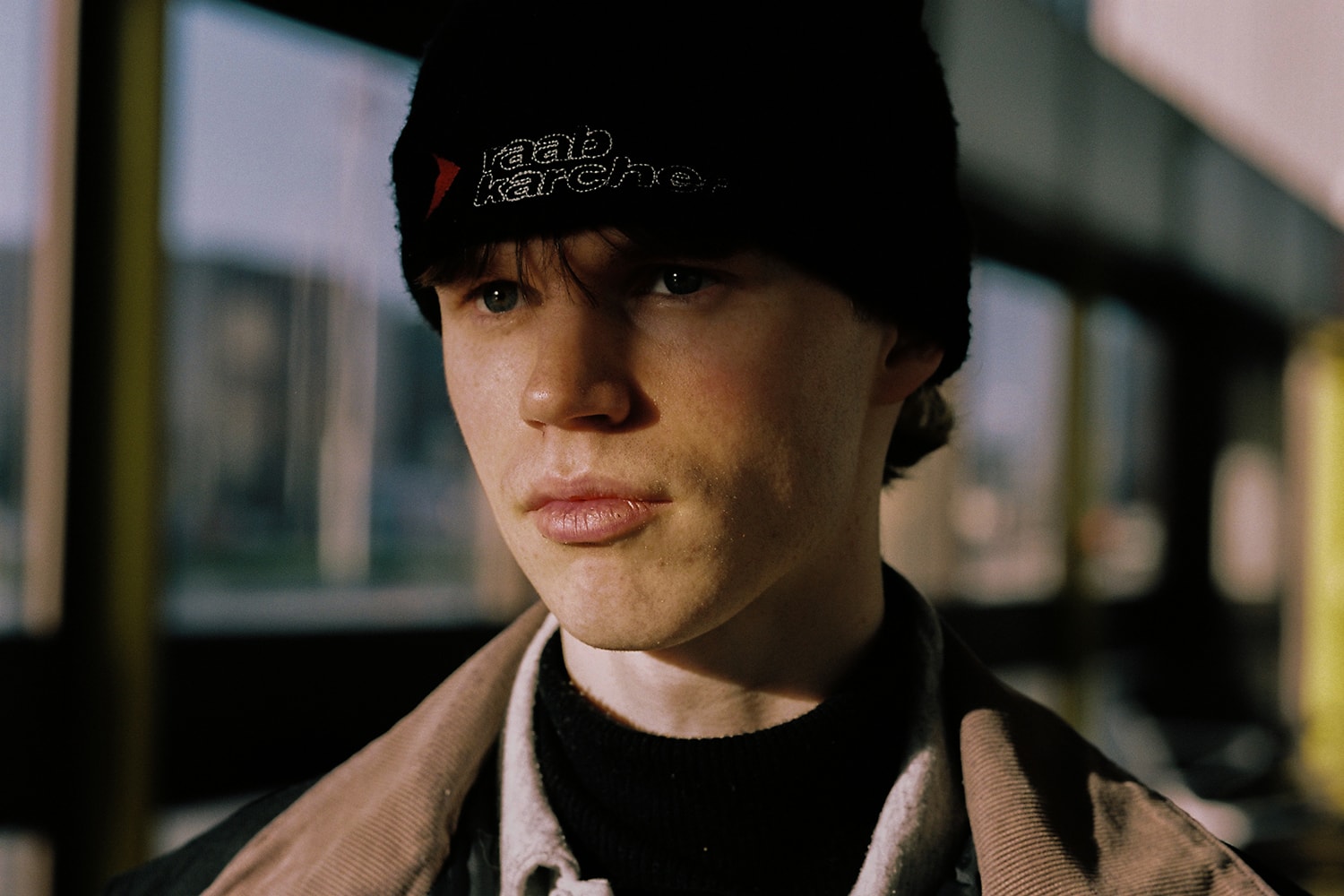 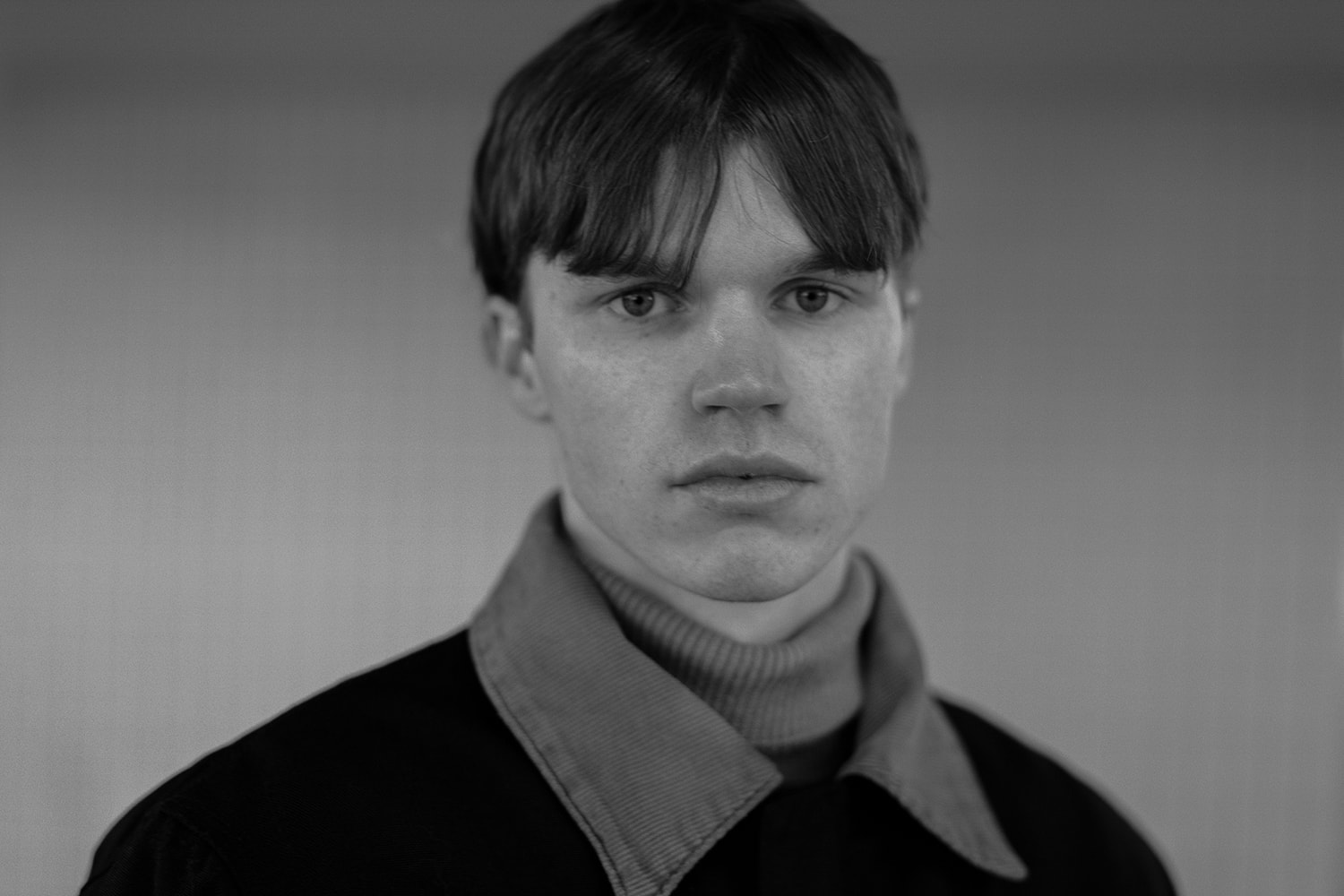 HYPEBEAST: How did you get started making music?

Christian Alexander: I didn’t suddenly get into it, I would always write songs, I learnt guitar from my dad at a younger age and I’ve always liked to make a catchy melody. When I was going to college I realized I wanted to be a singer but I didn’t really figure it out.

When I went to college I just knew straight away I wasn’t enjoying it, I wasn’t enjoying the courses I was doing. I just needed to do something, so I dropped out and went on a music production course in Manchester, learned the basics and that was it really. I’ve just been at home ever since.

Why did you want to drop out?

I just didn’t like it. As soon as I went to college everything changed, socially. I struggled to want to integrate or socialize with people. It was a phase of growing up and thinking my own thoughts. I couldn’t have really done anything else, it was a mixture of feelings that led to it. But this wasn’t what I wanted so what’s the point of doing it? I didn’t like putting myself out there, I didn’t want to try to be part of a group. I wasn’t really taking my music seriously, I was just going through life and at some point it’s going to hit you. 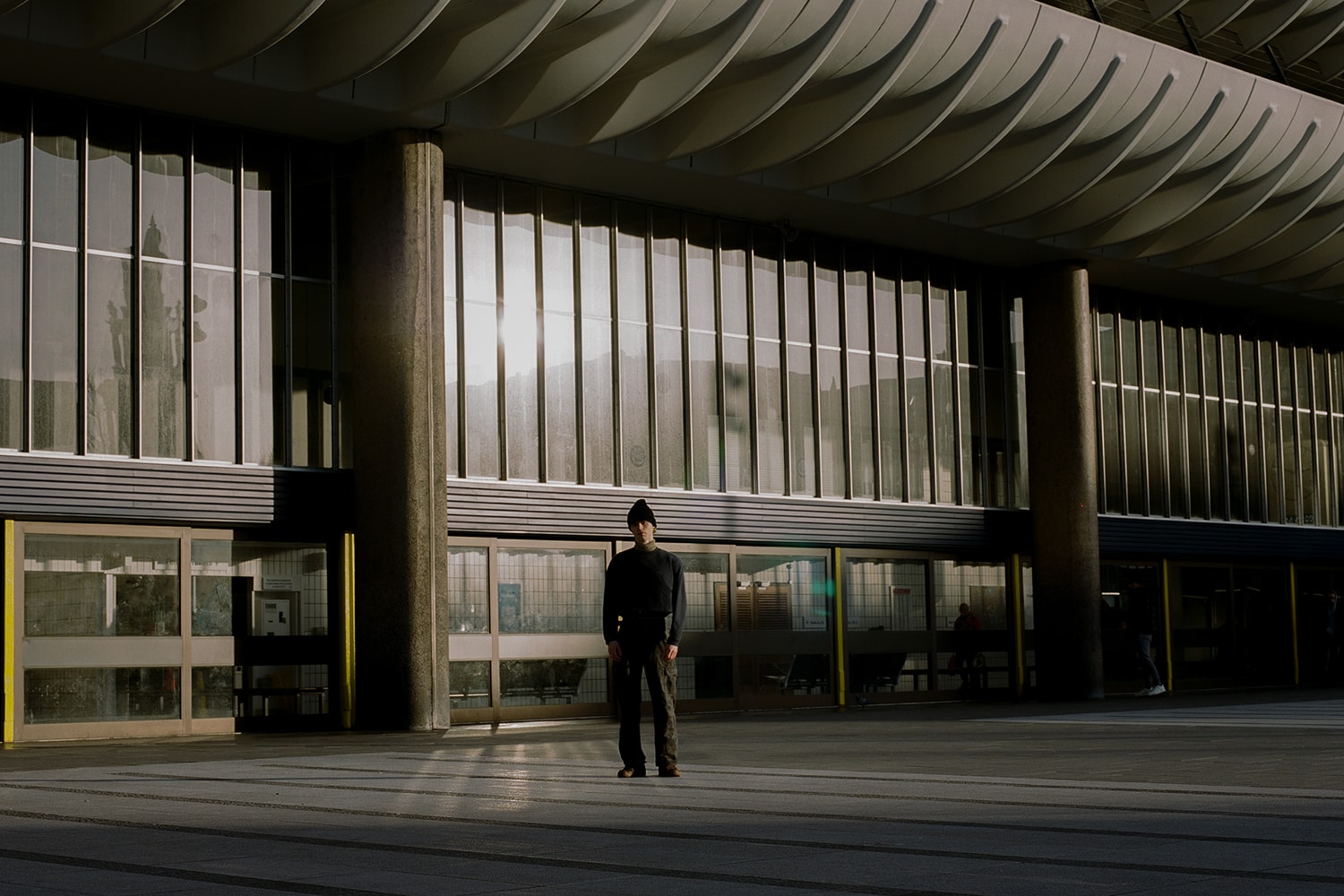 It’s all the basics, just in the garage. The best thing about it is that it’s a place where I can totally be alone. The amount of times I’ve gone into that studio when a lot of sh*t was going on, I can put all my focus into that. That’s still the good thing about it, its pure focus. I would like to have the same kind of setup, but the next step has to have that feeling.

How did growing up in the countryside shape your music?

If I was integrated into a big group in the city, I would have maybe written one or two songs. Where I’m from has helped so much. It gives you the time to think about things and realize what you like and dislike. If I was focused too much on socializing I wouldn’t be enjoying that, I hate it. So it’s helped a lot.

“Music is everything, it really is. I’m lucky I’ve got it.”

Why do you hate it?

It’s very tricky. I just think after college I spent all this time trying to figure out who I am, that it’s always been difficult for me to socialize. Now I’m at a place where I’m gradually letting go a little bit and I like to be around people more.

Was music how you worked out who you were?

Music is a large understanding of the journey of me figuring out who I am, as cliche as it sounds. I put that discipline on myself and making music is something that I truly love. I focused on that. It’s just another facet of the world of creative things, if I’m passionate about music it’ll spur me on to be passionate about what videos are out there and what other artists are out there. Music is everything, it really is. I’m lucky I’ve got it. 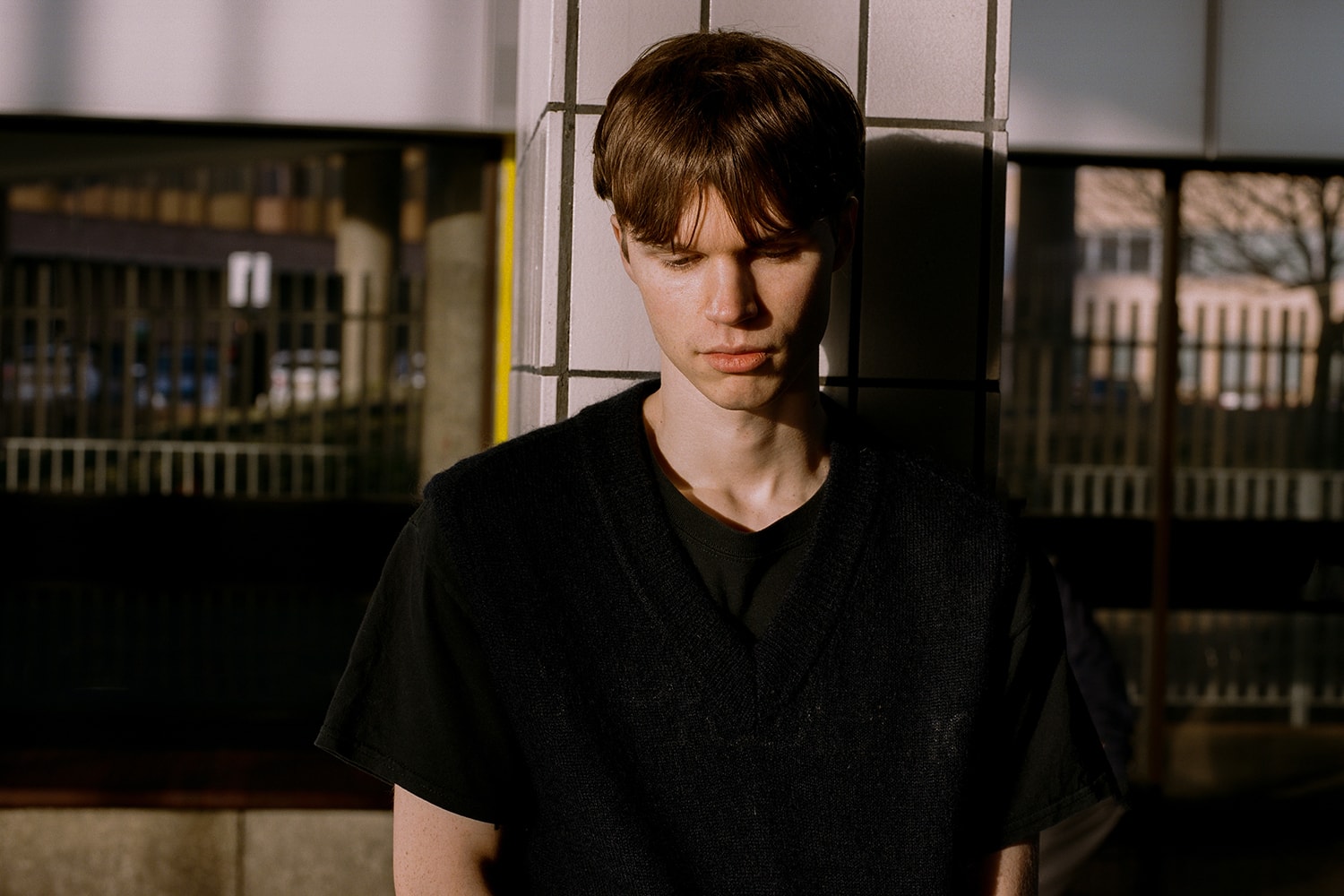 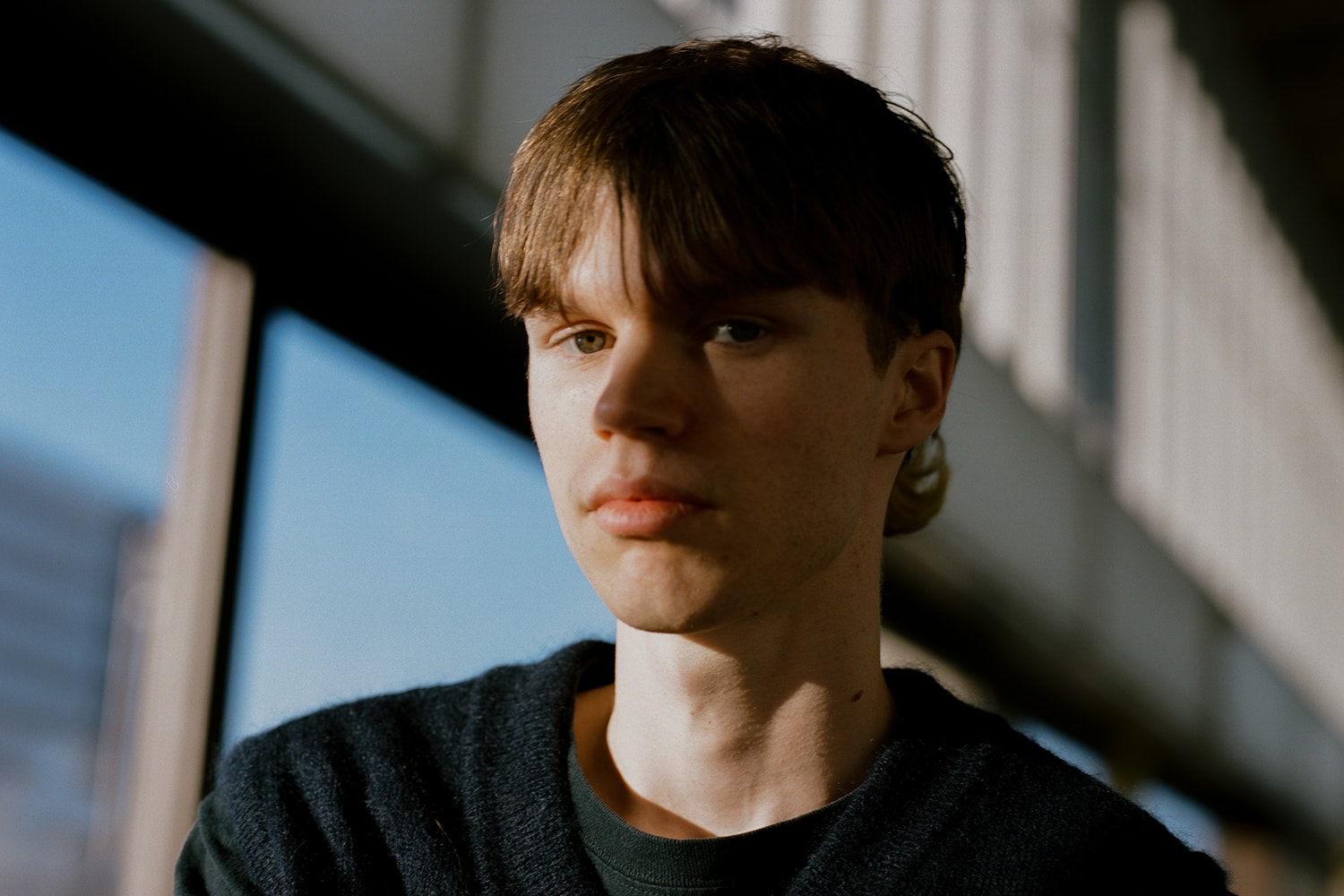 Your lyrics are always very frank and honest, is that something you struggle with?

Some songs I would struggle with, I would just take myself into these places. It really depends. I would write this lyric and sing it in a particular way and talk about it in the way that I have been because there’s no other way of putting it. I’d just say how I feel, It’s just what I do. I forget some of the lyrics that people point out. Like on “Ledge” or “Peter Parker,” I wouldn’t even think twice about it, I’d just get something out in a storytelling way.

What’s next for you?

I haven’t played live with any of the music I’ve released, I want to do that this year. Aside from that, as an artist I just want to keep on improving. I just want to build myself as a songwriter and delve into that a bit more. I want to make sure that everything I release is the same quality. I want to continue my journey and I’m enjoying it. Every project that I do I just want to savor it.

The only thing that interests me in terms of what’s next is my own creative improvements. I’d like to expand, and take things to the next level in terms of the quality of the sound. Maybe take things further than my studio, just elevate things, if I want some strings or something, things I can’t do on my own. I’d love to be able to get that and actually have real sounds integrated into the mix. I’m keeping my options open, but right now I just want to go to London and see what’s up there. That’s the next step.