Tyler, The Creator dropped his fourth full-length album Cherry Bomb earlier on iTunes. As is per tradition, he took to Twitter to share some commentary on the album. Shedding light on his inspirations, and collaborations with Kanye, Lil Wayne, Roy Ayers, Pharrell, Coco O, and more, Tyler’s commentary is a valuable resource to anyone listening to the album for the first time. He will also be creating his own radio station fit with a 500+ song playlist for the Golf Media App. In addition to the digital release, a physical release featuring five different album covers is coming at the end of the month, which you can view below. To top it all off, a Cherry Bomb tour is planned for the next two weeks. Below are some of the most insightful tweets from the hour of commentary he provided. 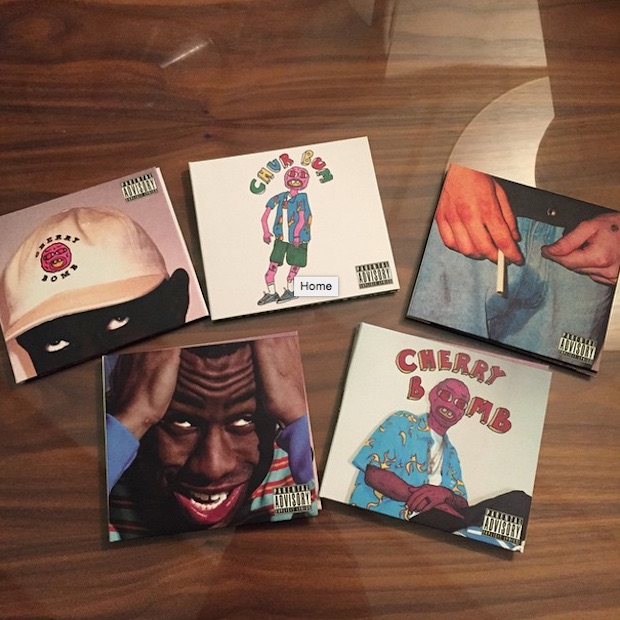 TELL ME I DIDNT BRING OUT THE BEST WAYNE AND YE VERSE IN A WHILE FUCK!

roy ayers called me like "tyler, hey man, those changes are amazing, your chord selection is just beautiful my man" OMG MY HEART MELTED

I HAVE MY OWN RADIO STATION RELEASING NEXT WEEK ON THE GOLF MEDIA APP. SO FAR I PICKED 587 SONGS THAT I FUCKING LOVE, I WOULD LOVE TO SHARE

Tyler, the Creator Reveals His Favorite Albums and Films

Sony's New Compact Cameras Will Include a Superzoom Lens

Red Bull speaks with Vine star Zach King in an interview that gives us a look into his magical
By Helena Yeung/Apr 14, 2015
Apr 14, 2015
0 Comments
Music

Dillon Francis and Kygo have rumoredly been plotting a forthcoming collaboration for a while now
By Tyler Nyquvest/Apr 14, 2015
Apr 14, 2015
0 Comments
Music

Although rapper-entrepreneur JAY Z may have recruited some of music’s biggest names for his
By Tyler Nyquvest/Apr 14, 2015
Apr 14, 2015
0 Comments
More ▾