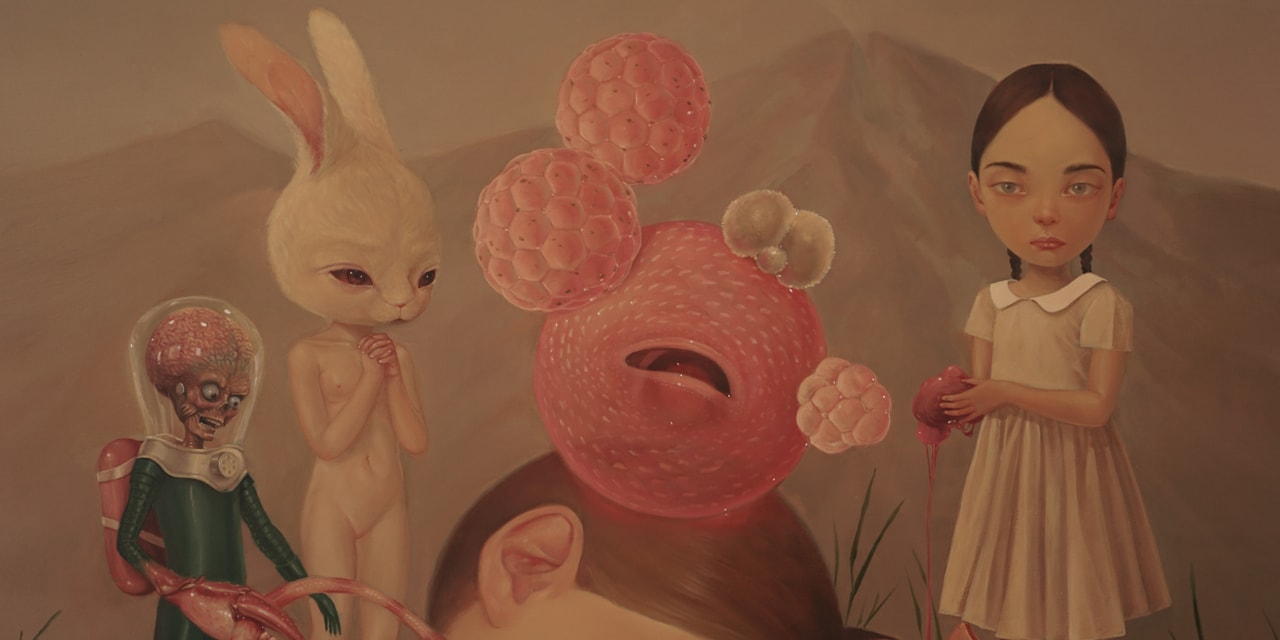 Roby Dwi Antono is a visual artist based in the culturally rich city of Yogyakarta in Indonesia. The municipality located on the island of Java has long been described as the “cultural heart of Indonesia,” attracting tourists with its classical Javanese performances and international artists for its diverse art programs. Antono’s studio is located in an outlying district in the city. When he’s not working on graphic design projects for clients in his creative space, Antono spends his time creating paintings and illustrations that recall the works of Pop Surrealist founder Mark Ryden and iconic Japanese artist Yoshitomo Nara. But Antono fuses the aesthetics of Surrealism and Classical Renaissance imagery to create a contemporary juxtaposition that’s all his own.

Antono’s paintings usually feature starry-eyed children, mythological creatures and, for kicks, pop culture icons he admires such as Jerry Lorenzo, Tyler, the Creator and Takashi Murakami. No matter the subject, the 28-year-old artist always aims to convey a message within his paintings. “I would often say that my works contain a set of idioms which have very personal meanings to me,” he told HYPEBEAST.

To get to know more about Antono’s work and peek inside his Yogyakarta studio, check out our exclusive interview and photos below. 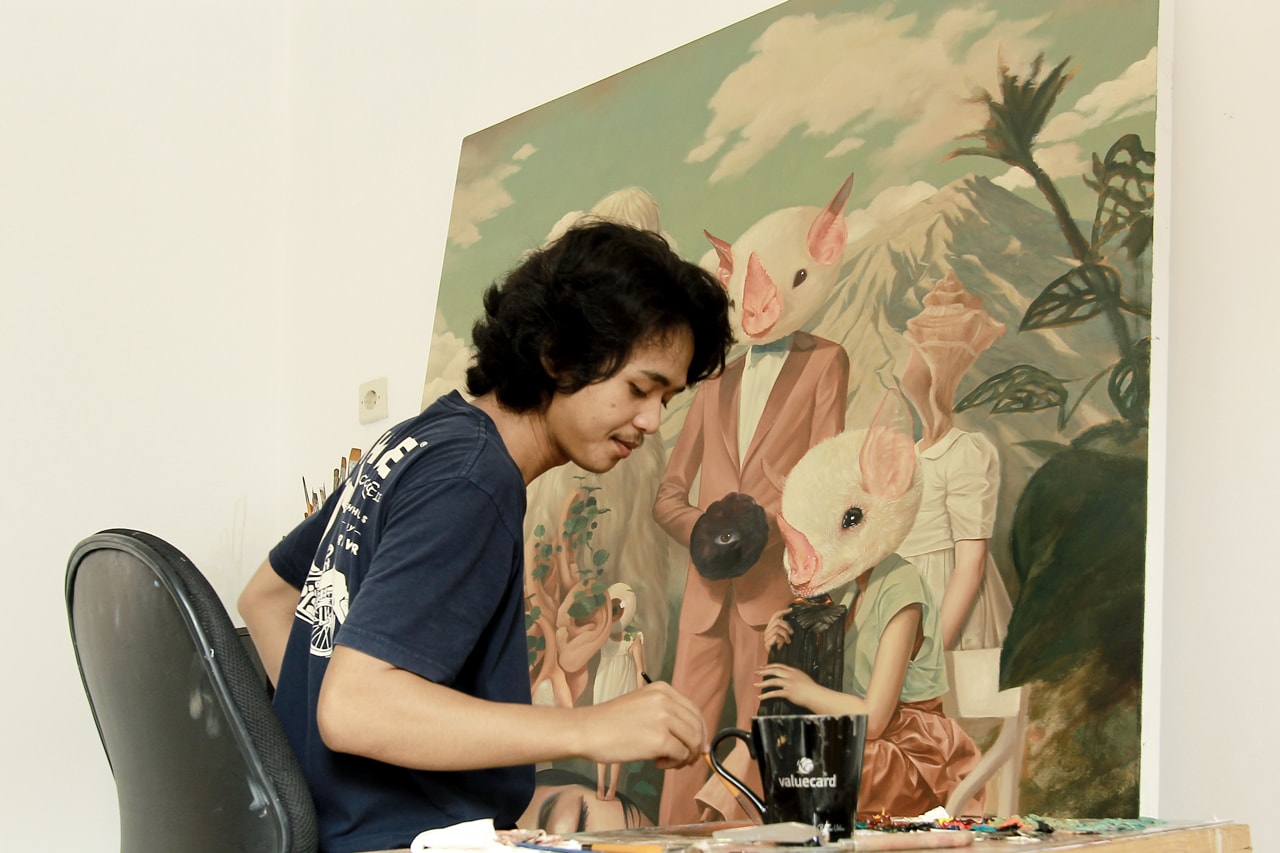 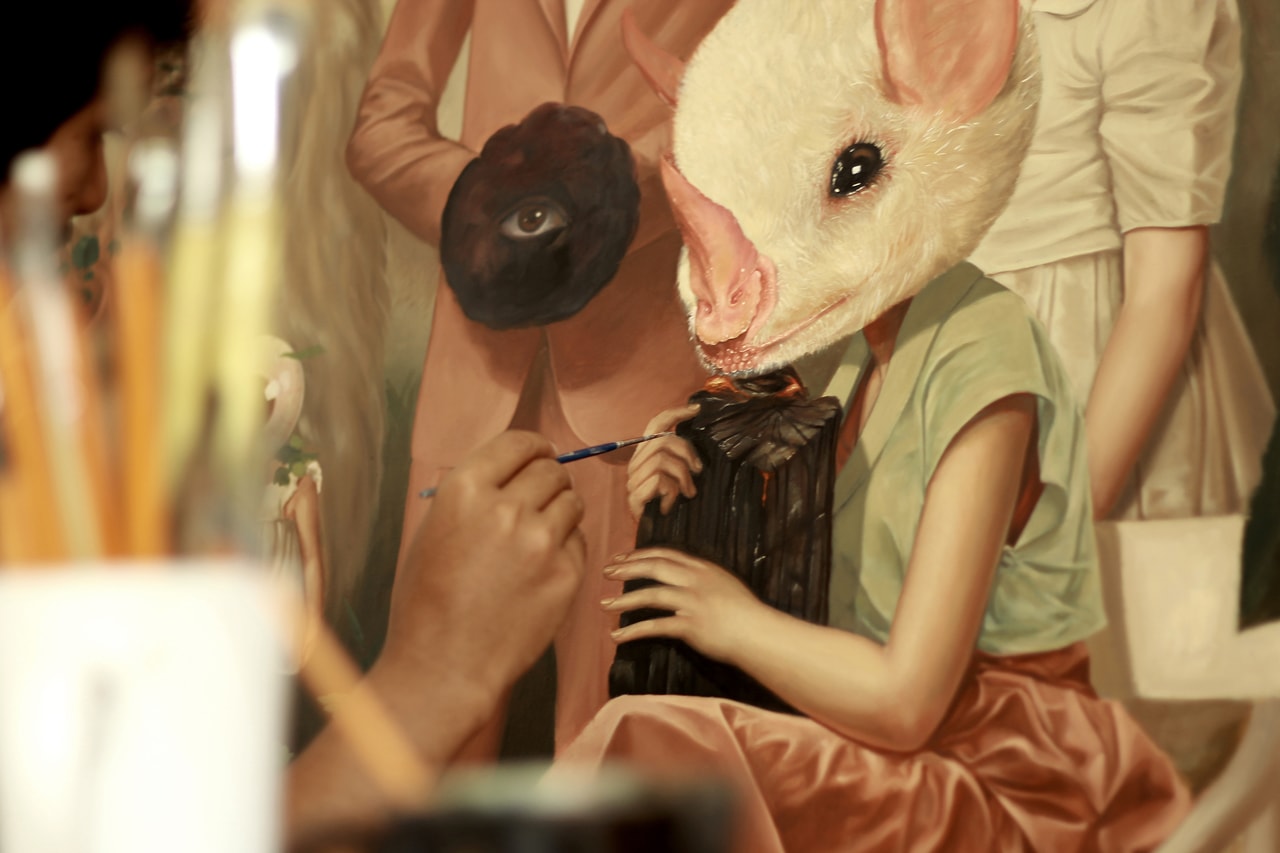 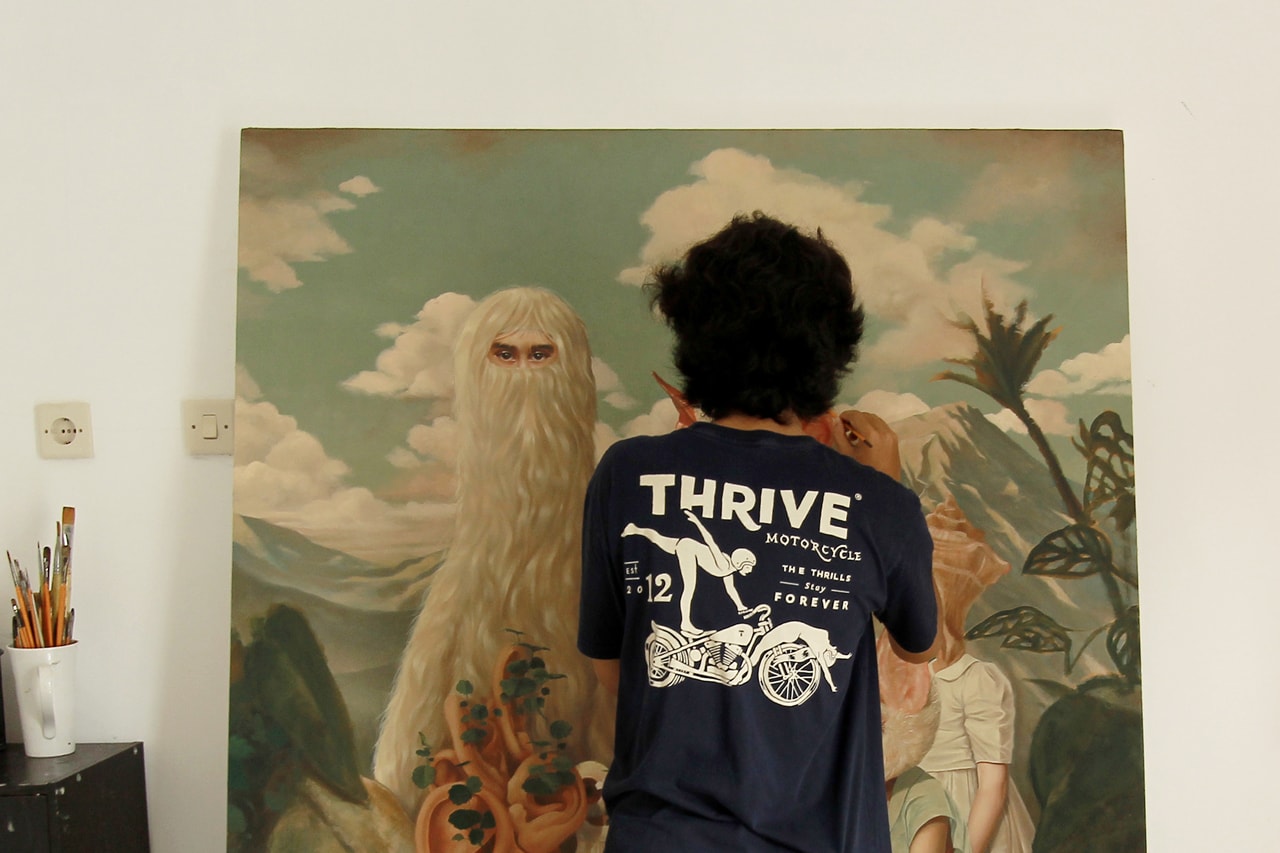 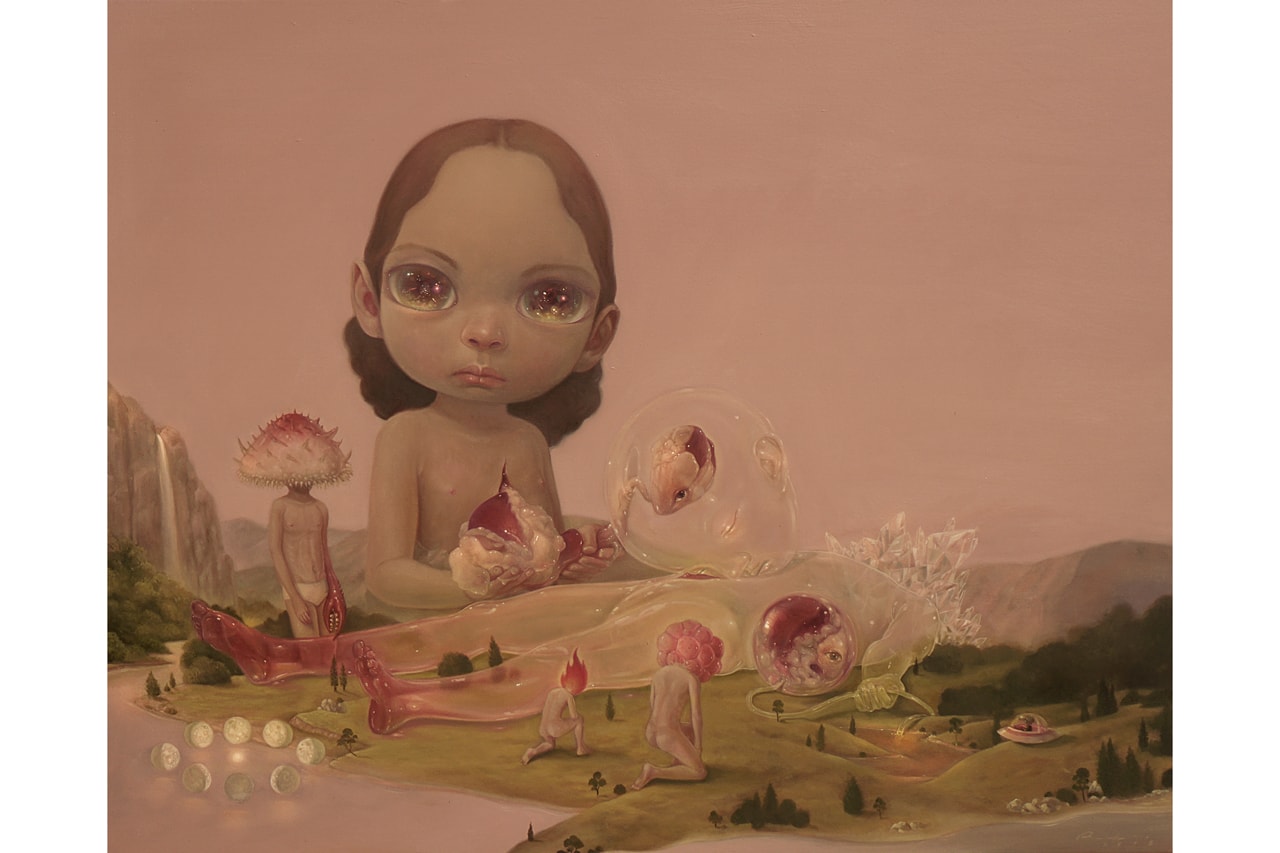 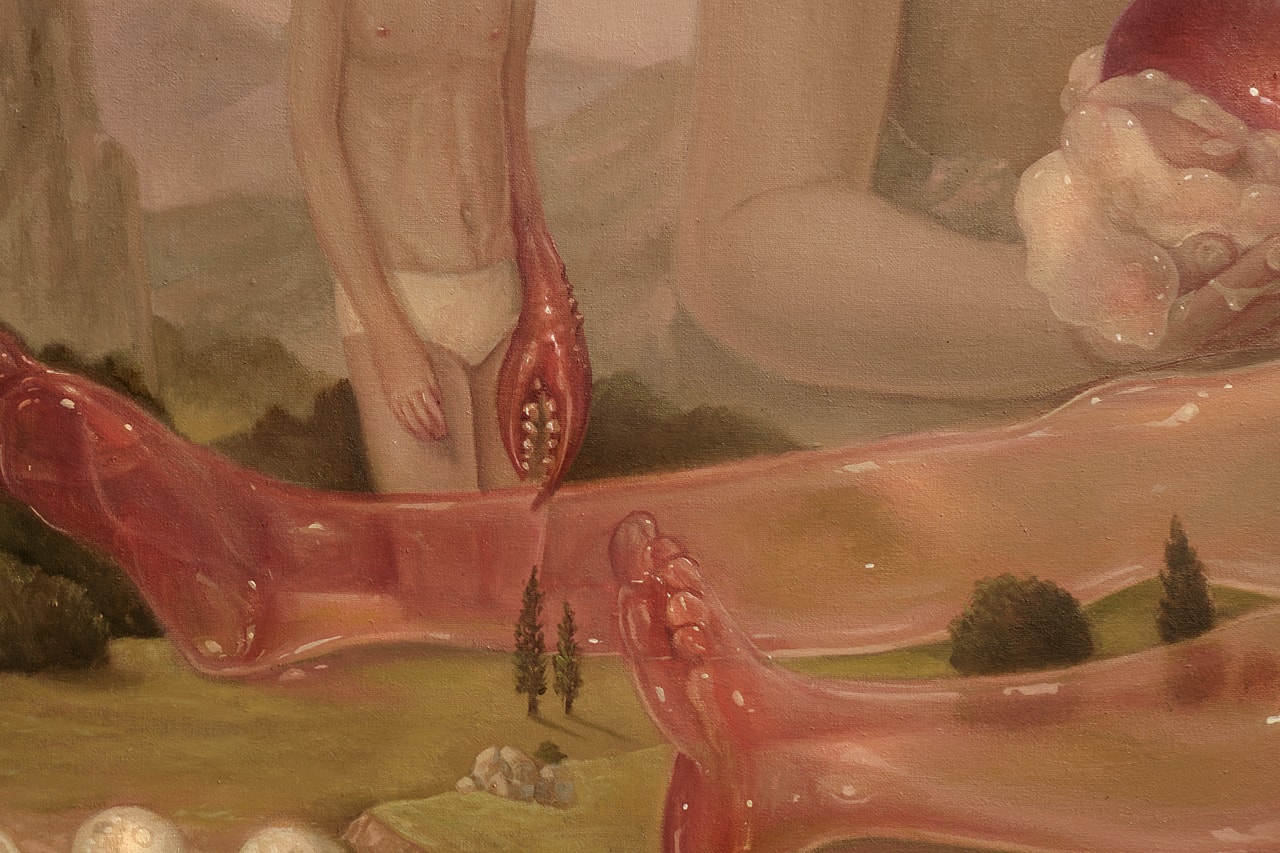 “The human experience affects both the idea and visual aspects of my works.” When did you first become interested in art? What inspired you to pursue a career as an artist?

Art has been an interest of mine since I was very little, but it was not by design. I spent my childhood in a small town and there was not much happening there. To keep myself entertained, I often used colored pencils or crayons to make drawings in my spare time, and they were not only on paper. I was a lucky boy because my parents also let me doodle on the walls of my house! I still remember some of the mess that I made on the wall; the colorful objects overlapping one into another.

Fast forward a couple of years later, I finished my studies and moved to Yogyakarta to work as an illustrator. While I was still working, a friend suddenly offered me a solo show in a local art space in 2012. That was the starting point when everything changed, and then I decided to dedicate my life to being an artist. My childhood and that moment when people started appreciating my works, those are the things that inspired me to keep on going.

Did you attend art school?

Nope, I actually studied graphic design with a publishing focus. I was lucky that I worked and lived in Yogyakarta, where the art community really flourishes. I started to learn by myself, by looking for references and making art in my spare time. It is a long trial-and-error process for me, but as long as you are committed then I believe that nothing is impossible.

Tell us about your works.

I would often say that my works contain a set of idioms which have very personal meanings to me. However, at the same time, I also challenge myself to be able to create works that can make people’s emotions arise. I leave some visual cues in my works which act as a melancholic conundrum, for my audiences to set their eyes and mind upon. I love it when people try to guess the message behind my works and in the end each person will have their own interpretation, which is good because it opens the way for another enriching dialogue between us. The human experience affects both the idea and visual aspect of my works. 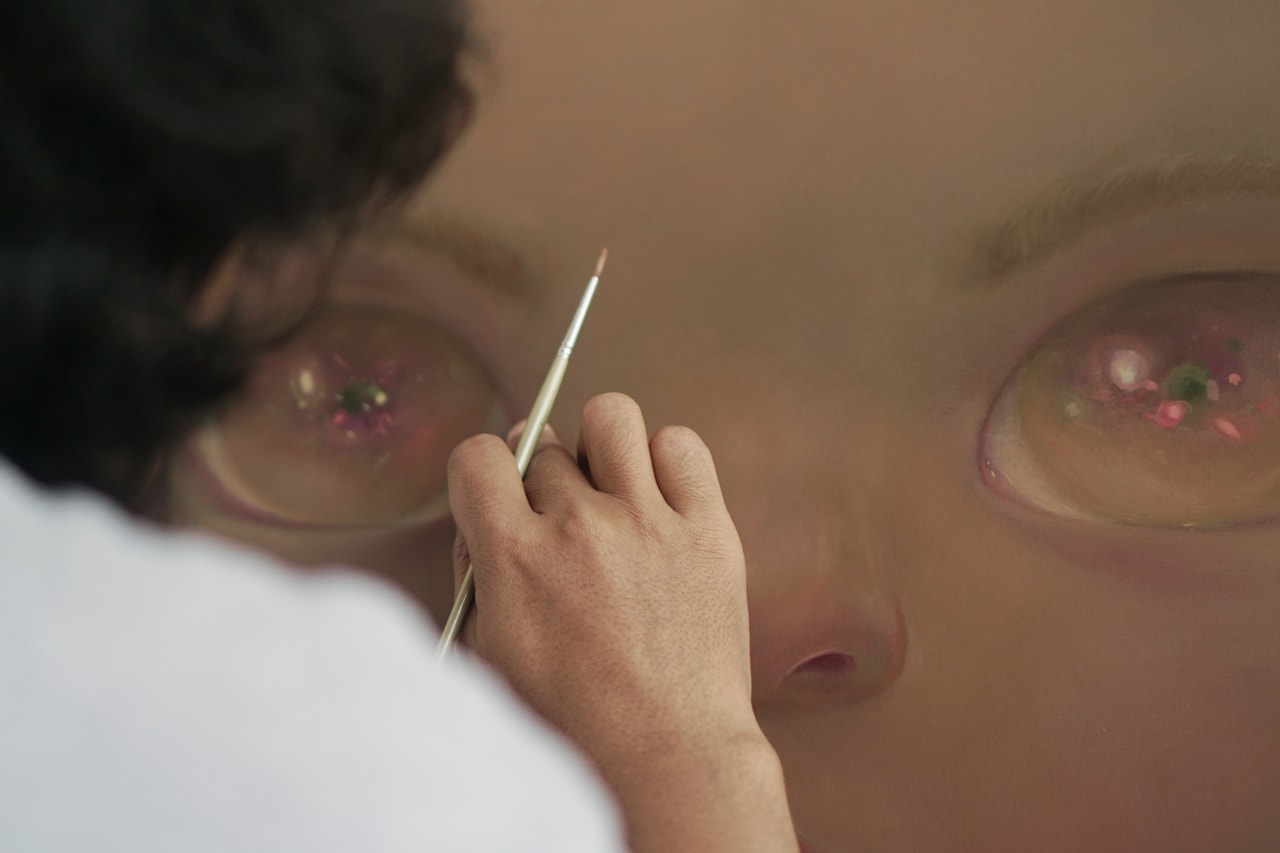 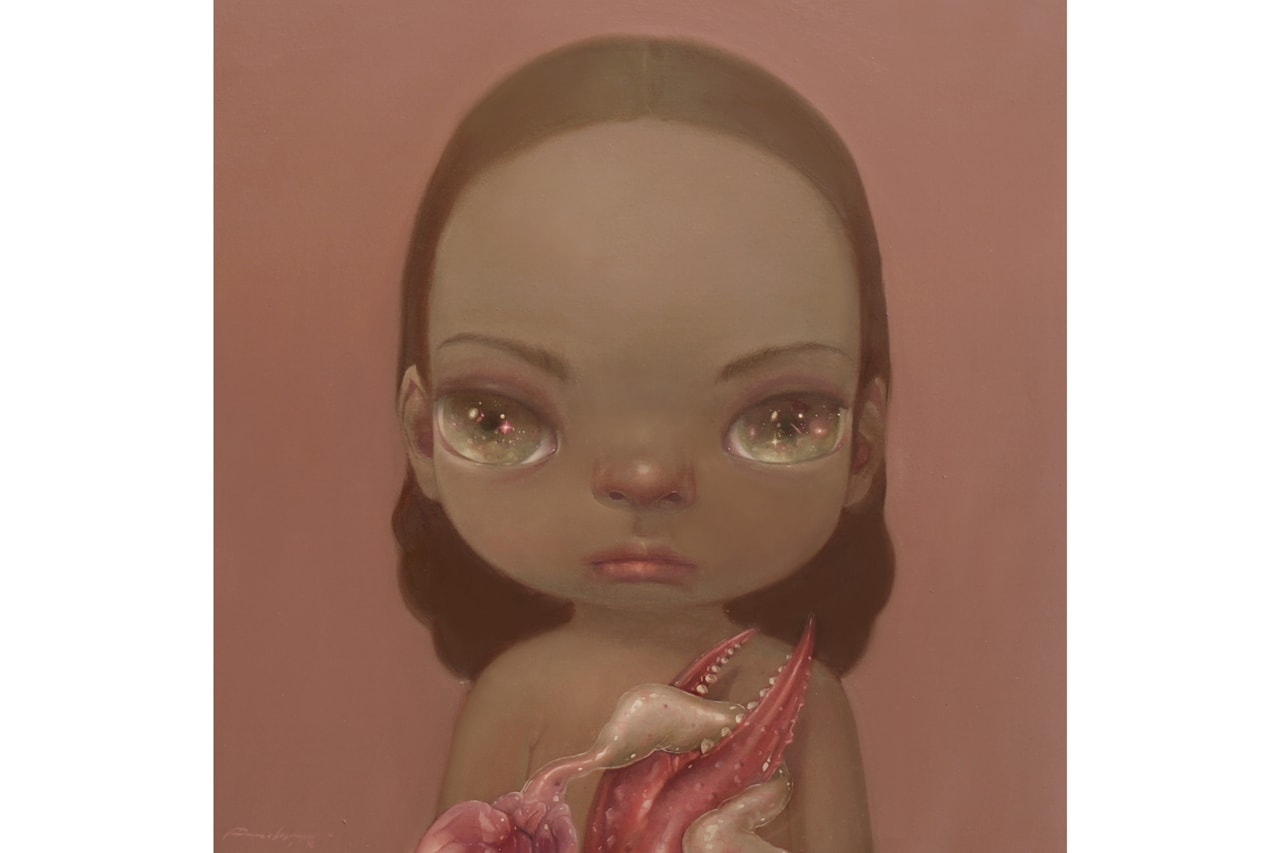 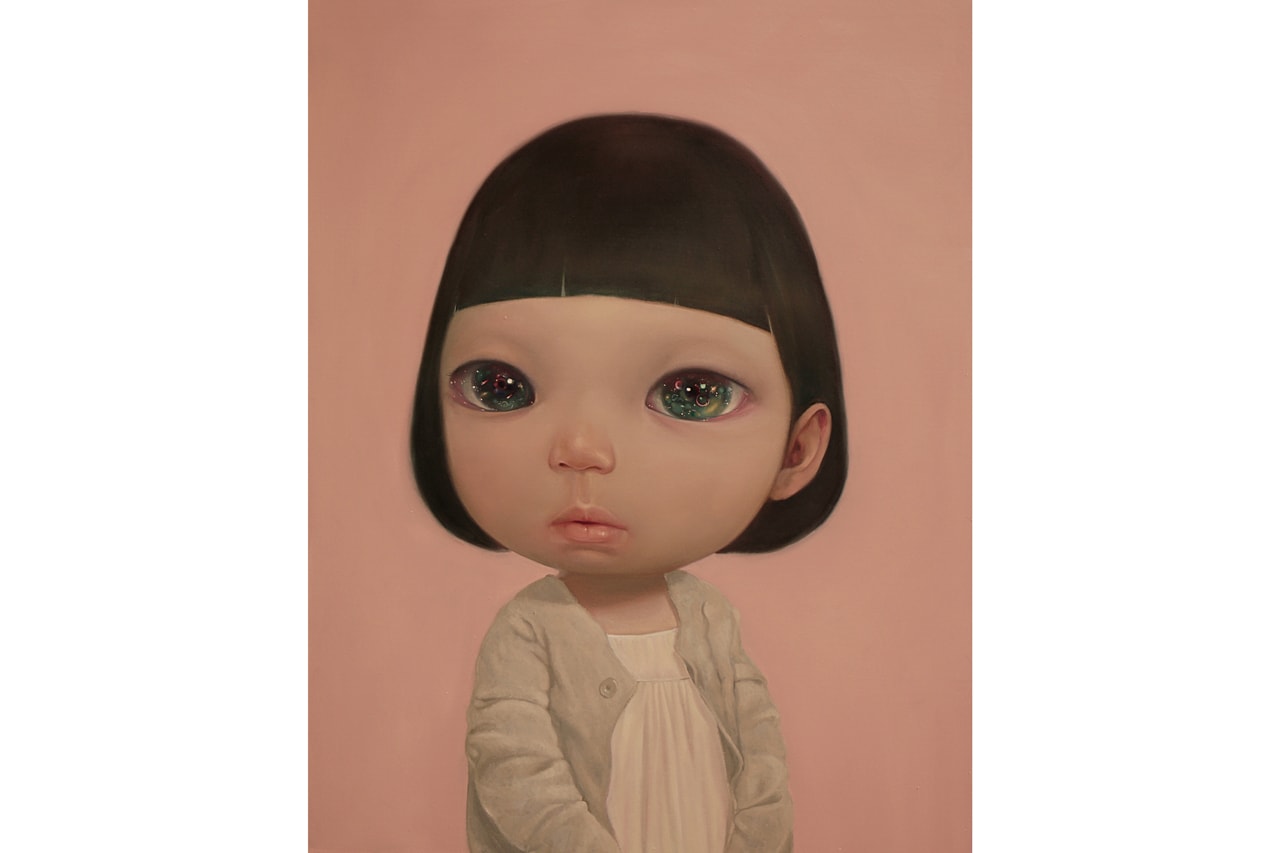 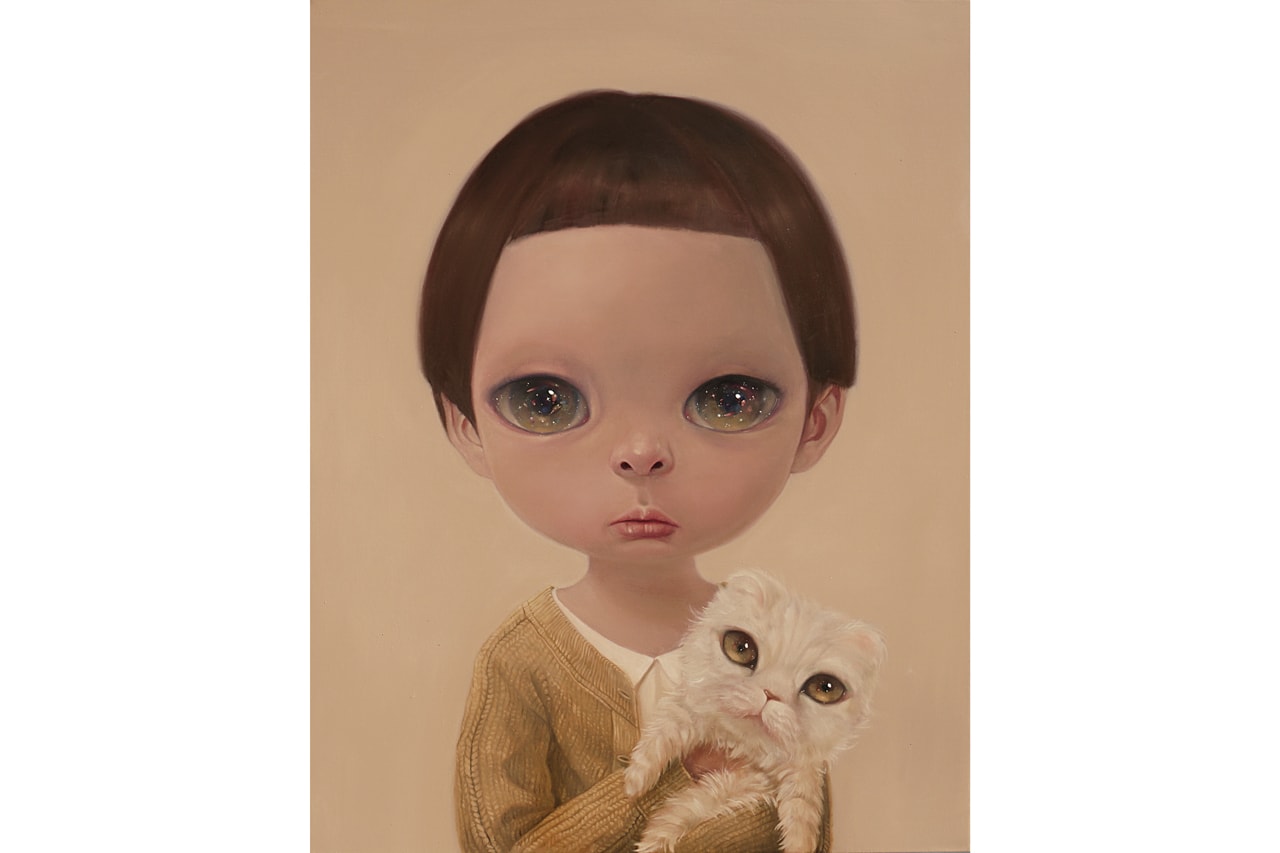 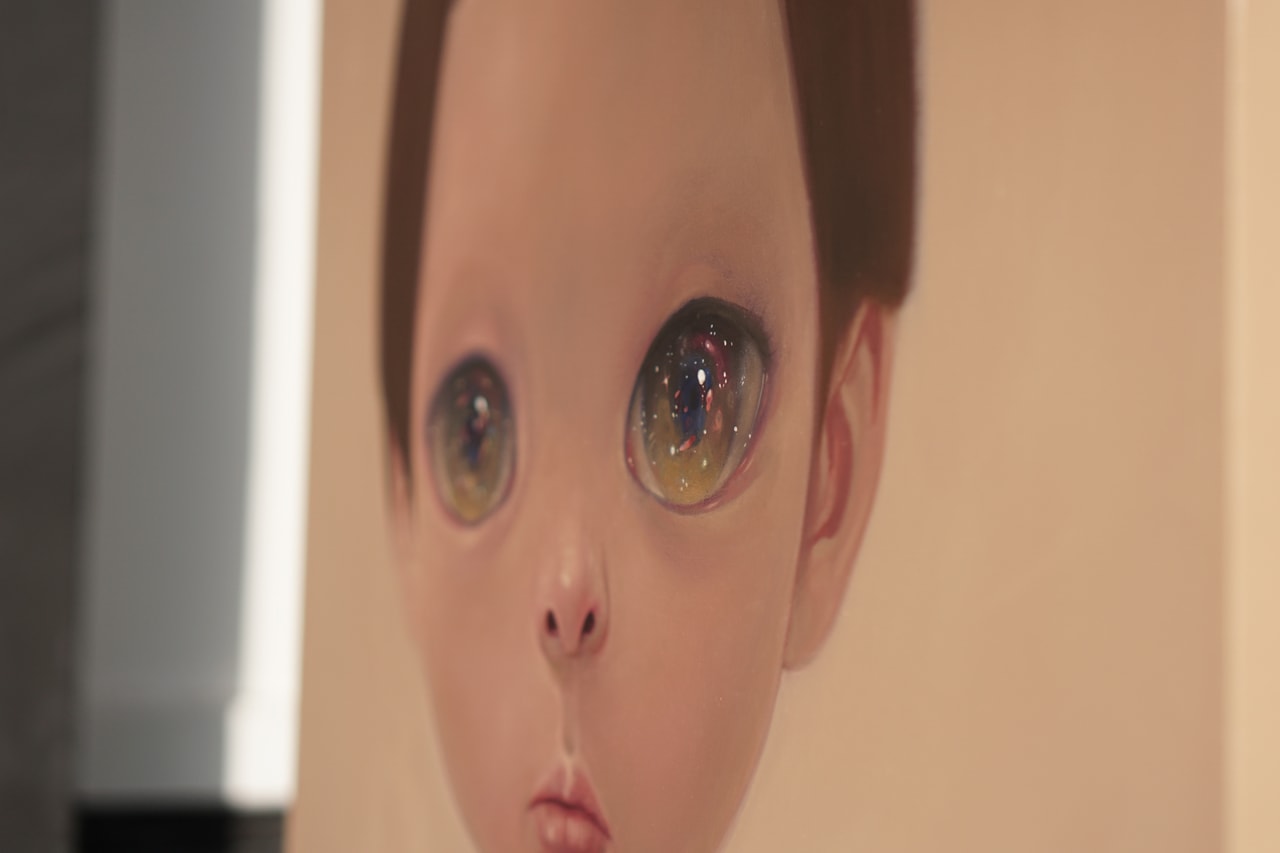 “I paint subjects that can represent both the good and the bad.” How do you select the subjects of your paintings?

I like to see contradicting characters within each subject in my art, as long as they can convey my message in full. I think there are always two sides to everything, so normally I paint subjects that can represent both the good and the bad. As absurd as they are, I believe that such contrast would end up as a harmony. The celebrities are a different case because I simply love their works. I also admire people who consistently break the status quo, which is exactly what I see from them.

Describe the atmosphere of your studio. How long have you been working there and how often do you paint?

My current studio is located on the outskirts of the city, somewhere nice and very close to rice fields. There is a big window which allows sunlight to enter my working area. It really helps especially when I do the coloring process of my works. I have been working here for a year or so. I paint almost every day, usually from the morning until the afternoon. When I am not in a mood to paint, I do paper drawings for some kind of remedy.

Explain your painting process from start to finish.

It all starts with the message that I want to convey. The ideas usually come up in an unexpected manner; so I always bring a small sketchbook for note-taking or rough sketching. After deciding on which message I want to dig deeper into, I move on to more serious sketches. If it is painting that I am making, then I pick the best sketch and move them to canvas using grids. I spend between a week to two months to finish a work, depending on the size and the medium. 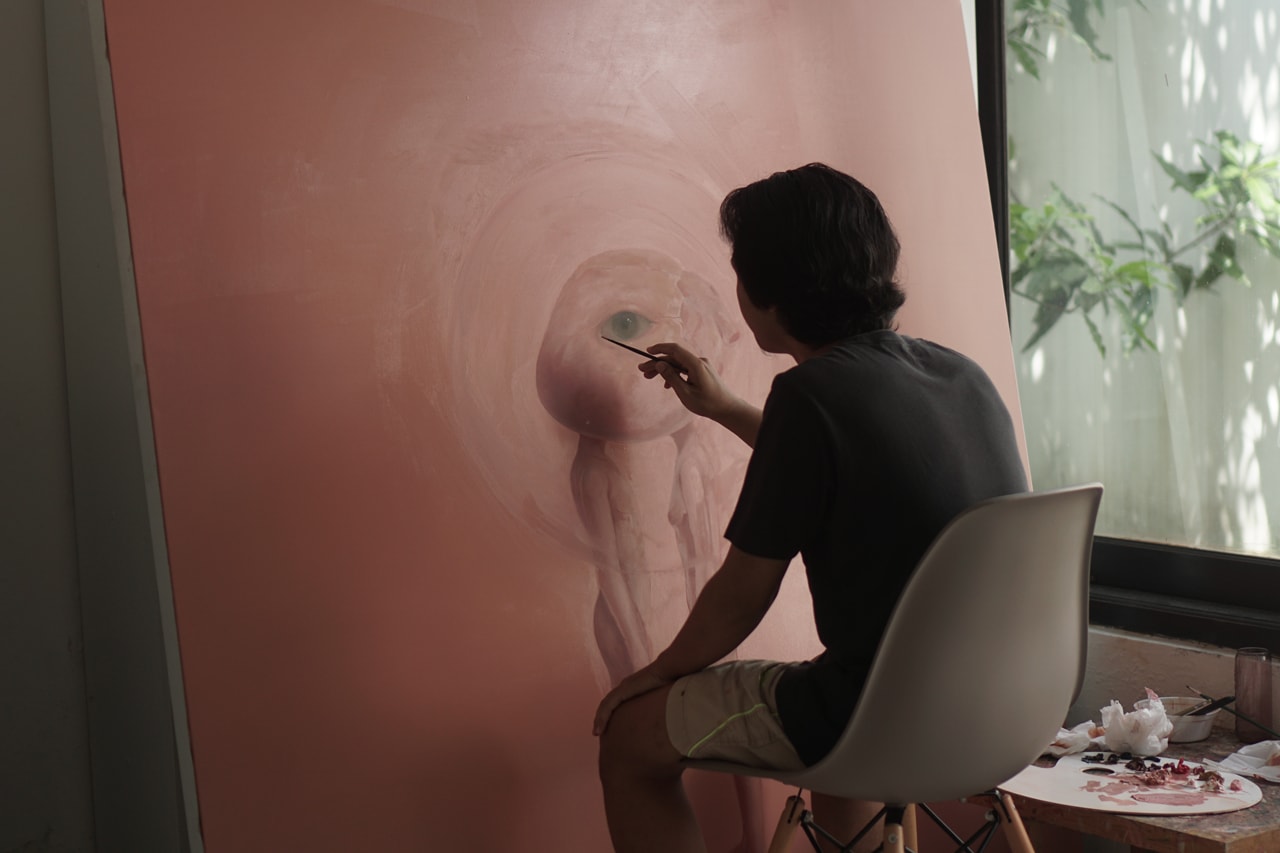 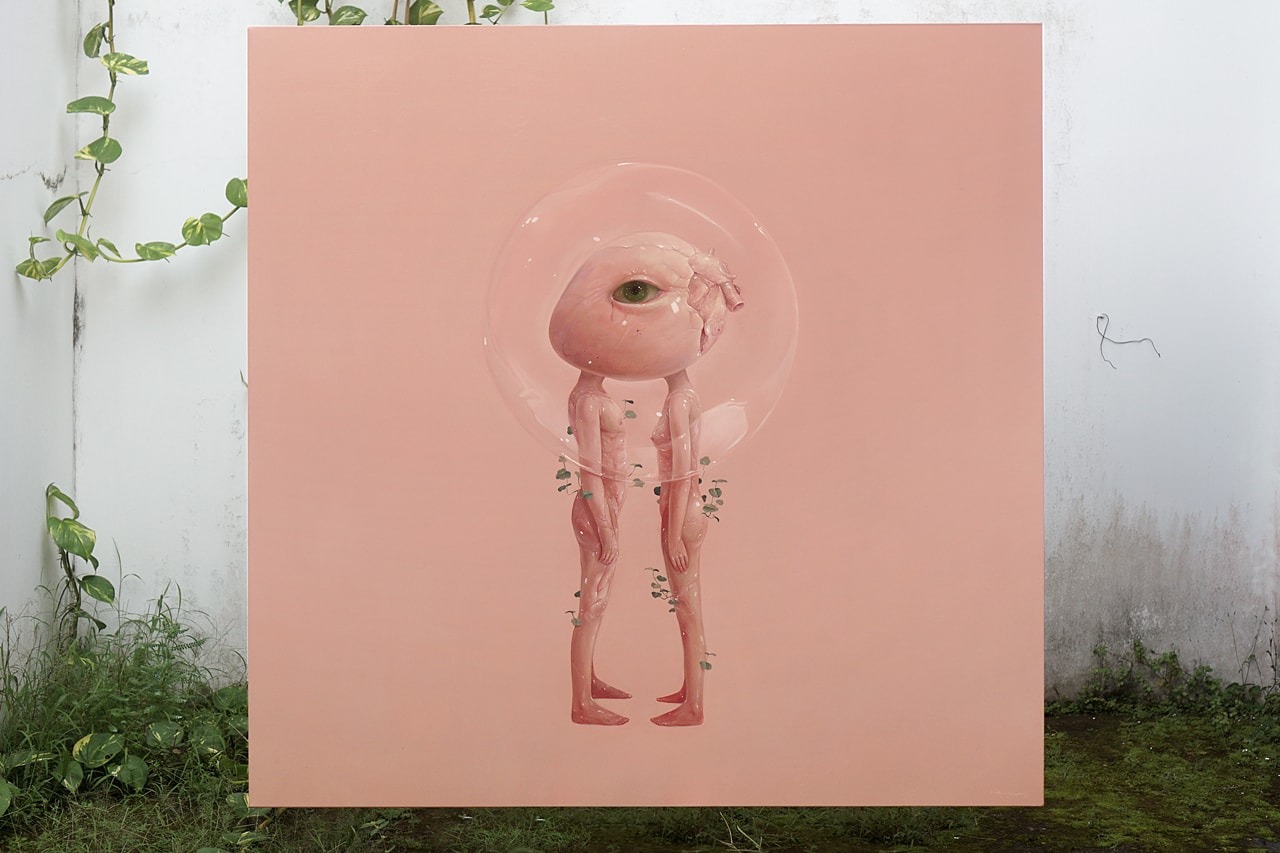 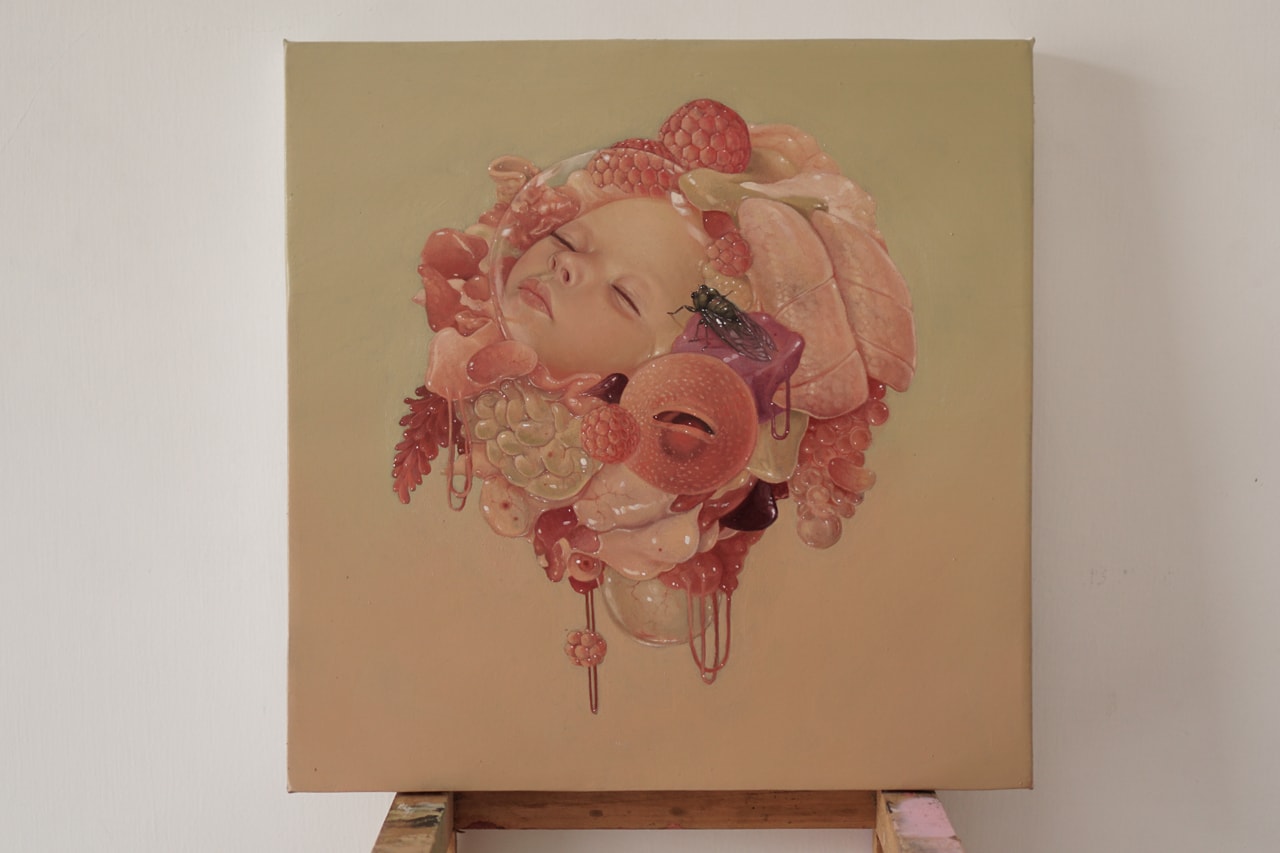 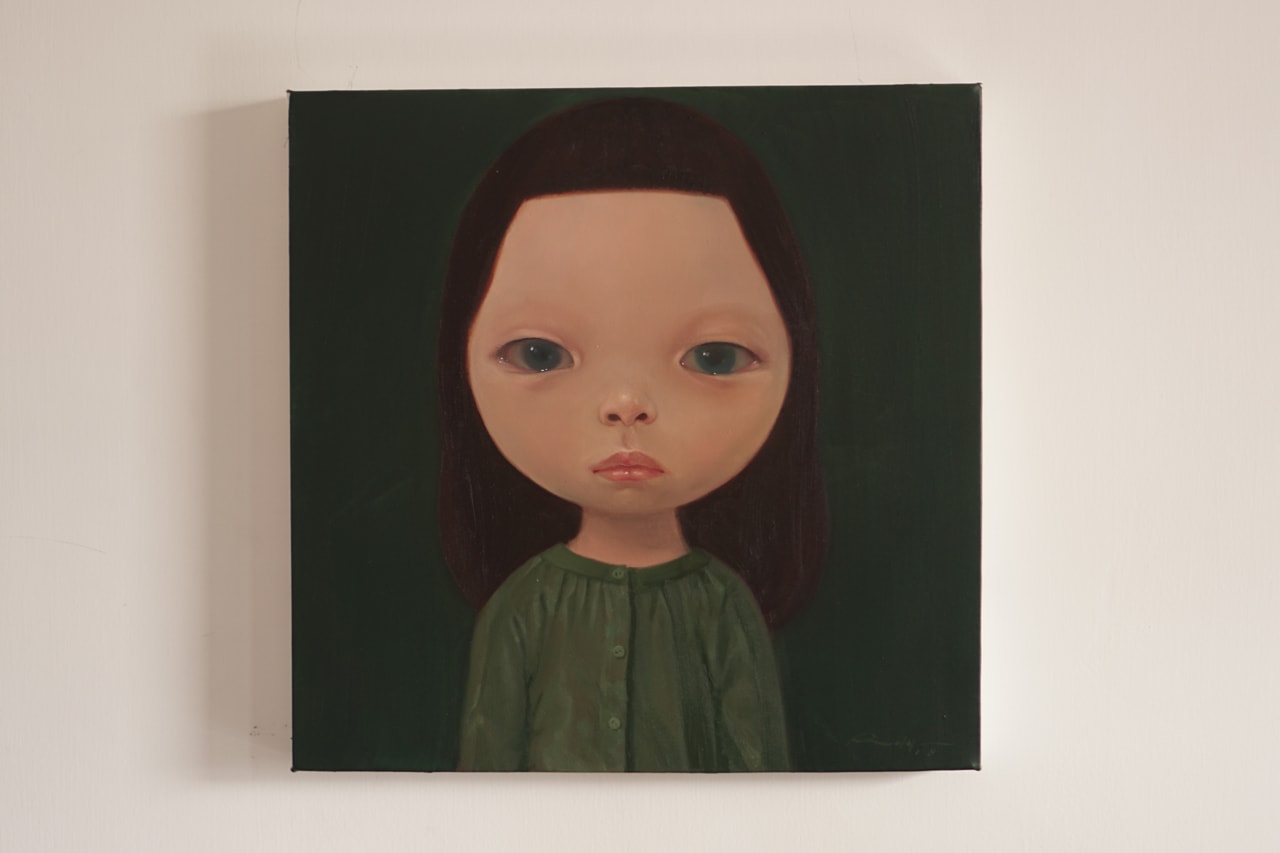 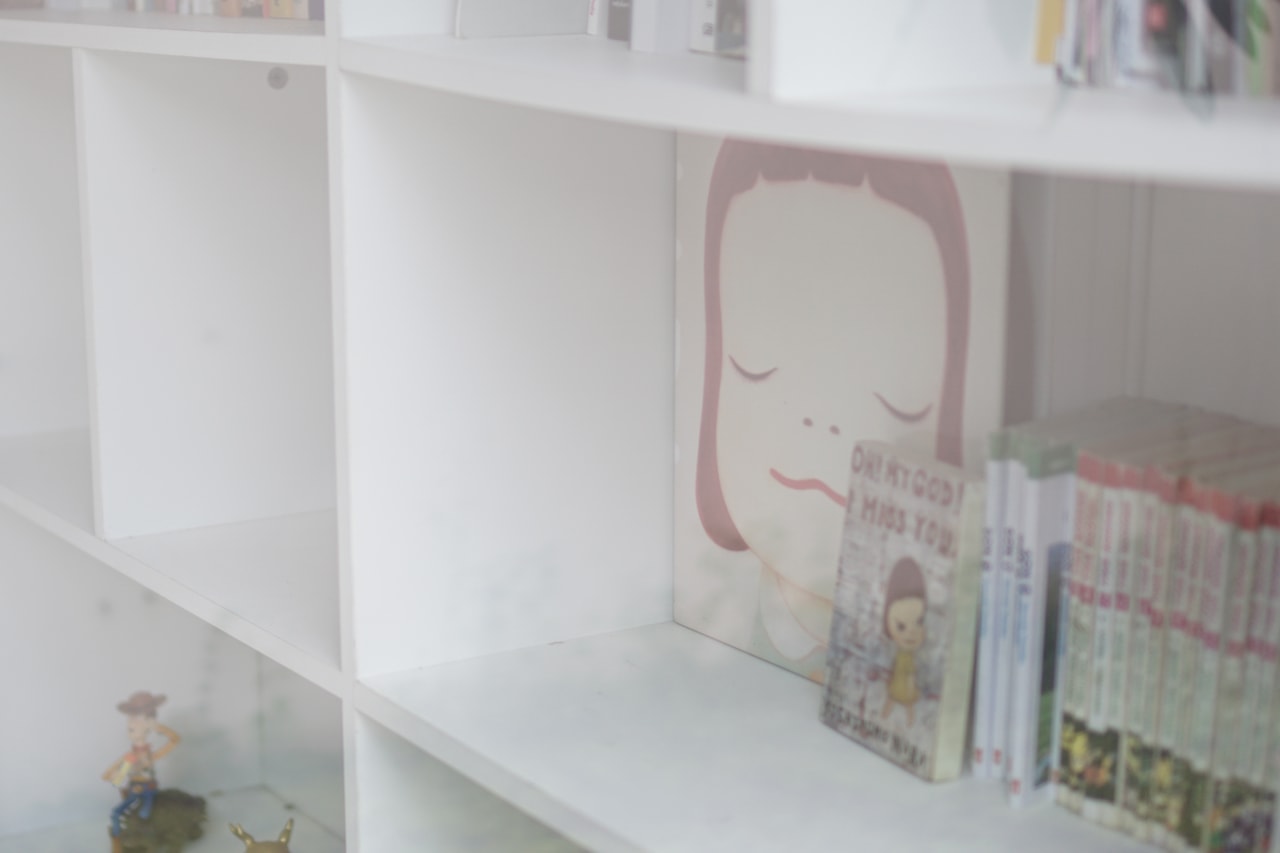 “Sometimes it’s difficult to be patient when there are many things happening for you.”What are some of the biggest challenges that you’ve faced so far in your career?

Sometimes it’s difficult to be patient when there are many things happening for you, so many possibilities. It took a while for me to be able to reassess my own capability in responding to such possibilities.

How do you get yourself out of a creative block?

I often rely on my little sketchbook that I carry everywhere; it contains a lot of crazy ideas. Whenever that doesn’t solve the problem, that’s when I need to have a pause. I turn to nature, I love going to the highlands to both rest and look for new ideas.

Where have you shown your works so far?

There were two solo shows that subsequently resulted in more breakthrough moments of my career. One titled ‘January in the North’ back in 2015, the other was my first solo in Manila. The solo show in Manila, titled ‘Southern Monster, Northern Child,’ was my first solo outside of Indonesia. Those shows opened up more offers for me to do collaboration and showcase my works to a wider range of audiences. 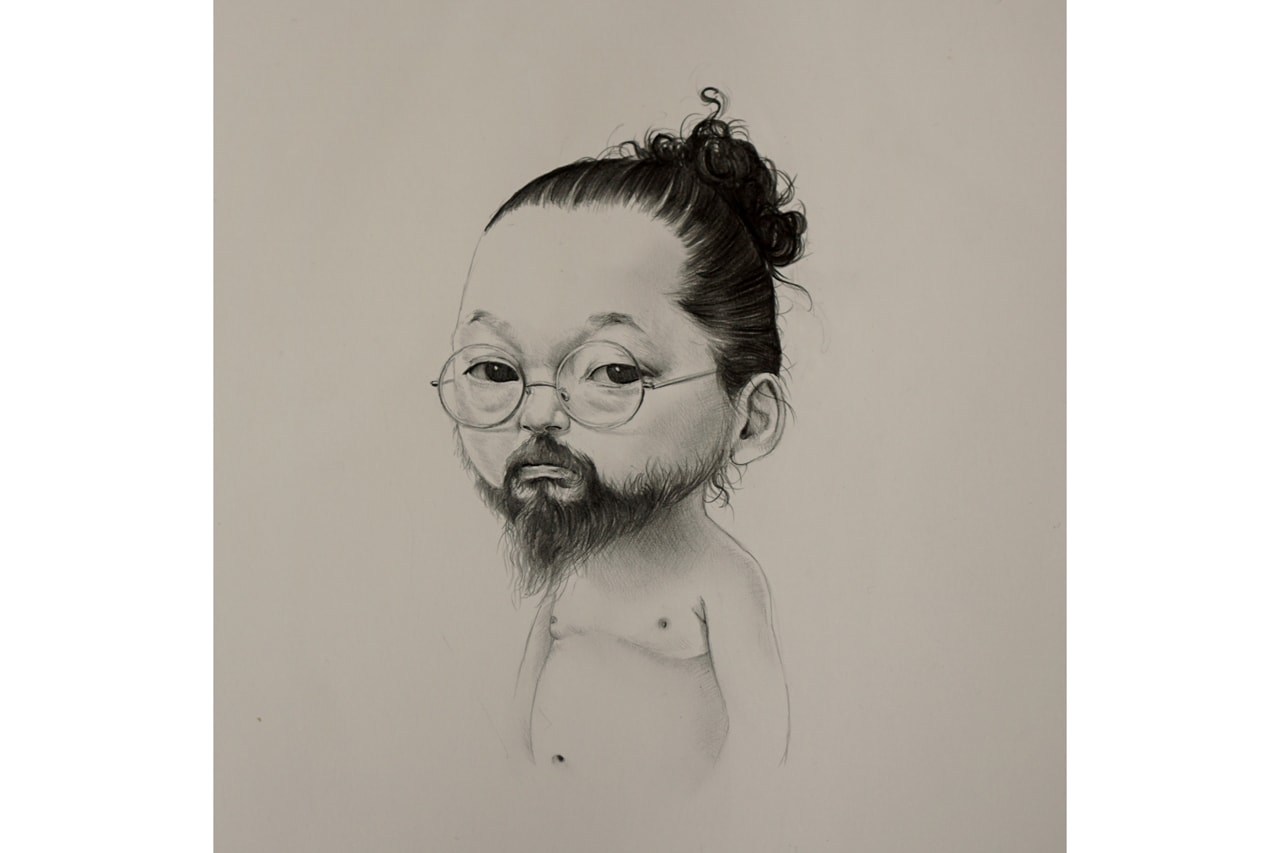 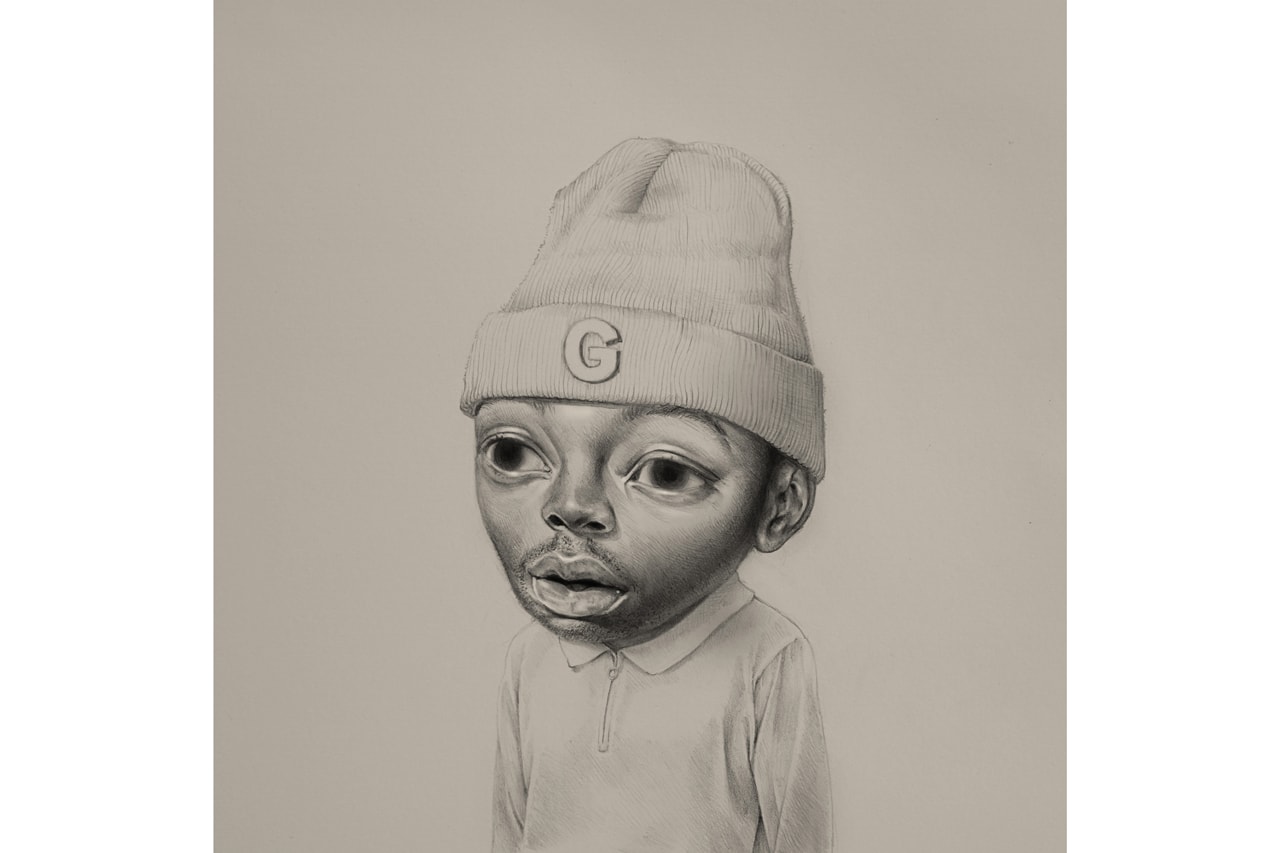 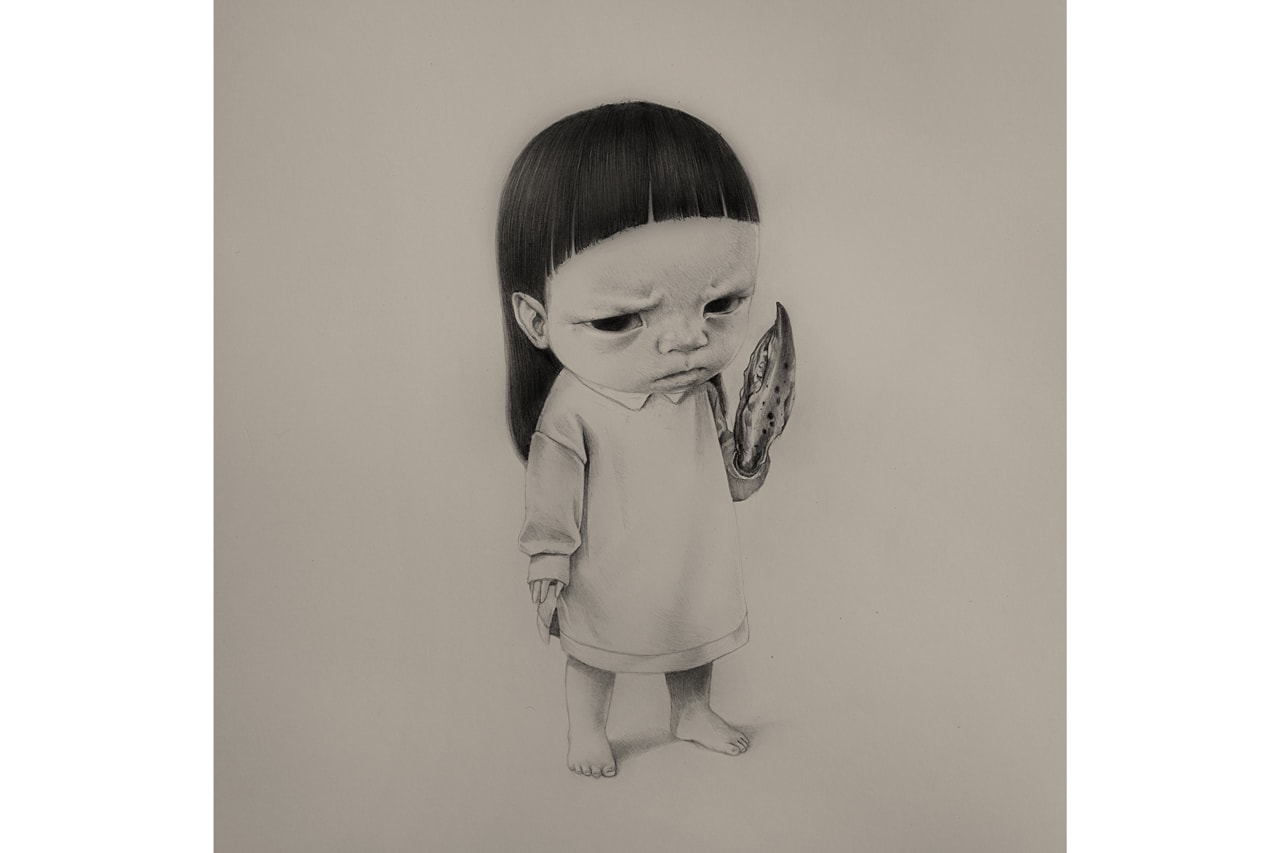 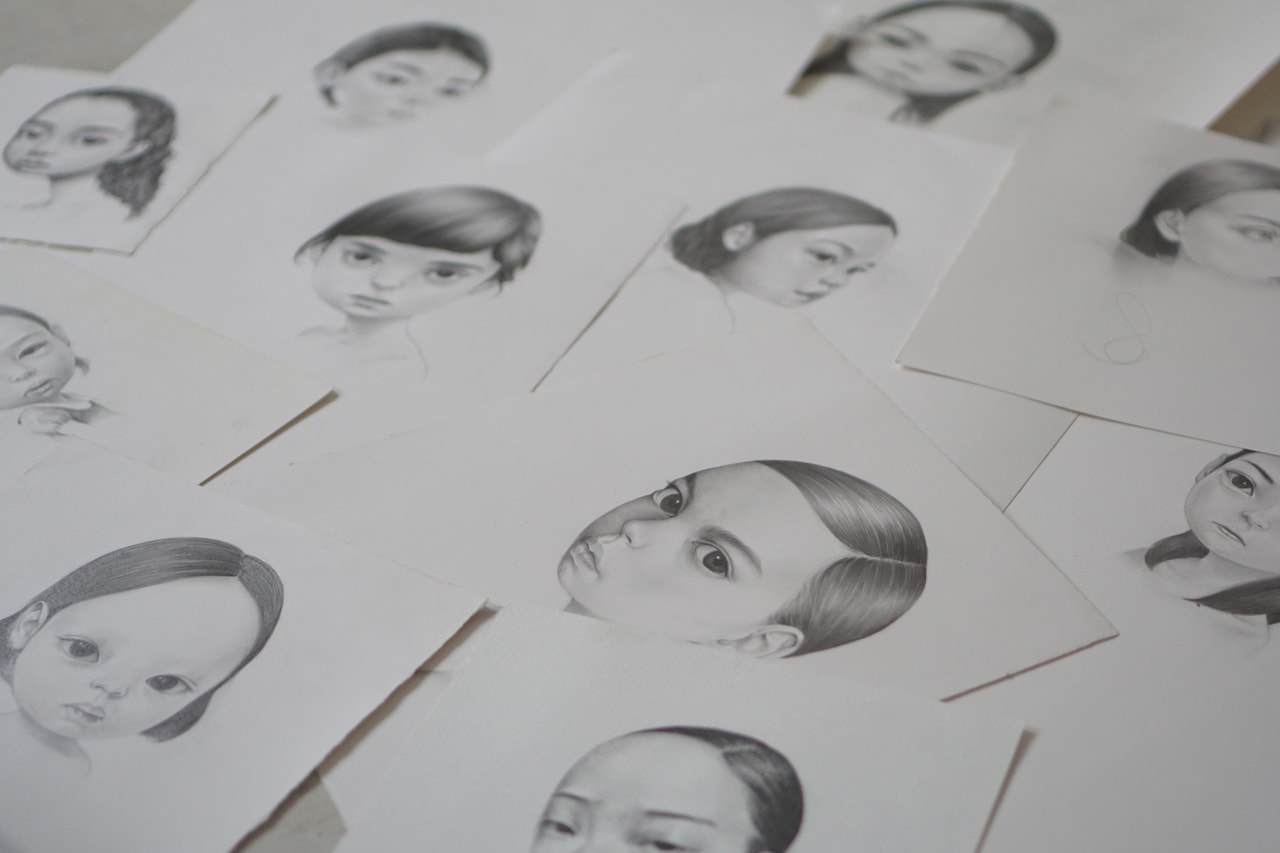 “I love how the art community here can be both spontaneous and consistent.” What is the contemporary art scene like in Indonesia?

What I can comment on, in particular, is the scene in Yogyakarta, where I live and work at the moment. I love how the art community here can be both spontaneous and consistent; and as far that I know this has been the case for a very long time. Throughout the year, you can find artist/collective initiated programs happening in the city. Along with diversity (countless artists come to Yogyakarta to study or work) and a sense of togetherness, it really allows creative dialogue and collaboration to happen.

What activities do you enjoy aside from painting?

I do all the normal things. I watch countless movies when I have the time. I try to keep up when it comes to music and fashion. Of course the highlands, it is my number one place-to-go. Oh, and sports. I am an avid football fan, and I also play sometimes.

What projects are you currently working on?

Considering my age, I still want to show my art to as many audiences as possible. I am preparing works for some group shows in 2019 (in Australia, the Philippines and of course, Indonesia). There have also been talks about shows in Europe before the end of this year. Also, there is a collaboration with VTSS on an art toy of mine. It will be released real soon.