Yayoi Kusama is a Japanese writer and artist. She was born in Japan as the fourth child in a conservative and prosperous family, who made a fortune from seed nurseries. Kusama has been reported to have an obsessive personality, sometimes suicidal and experiencing hallucinations.In 1948 she left home to enter a senior class at Kyoto Municipal School of Arts and Crafts, where she studied Nihonga painting, graduating the following year. By 1950, Kusama received early success for her work. She would depict natural forms in watercolor and gouache, often using polka dots which became a trademark of her work. The field of polka dots she employed she called “infinity nets,” which she says were taken directly from her hallucinations. After living in Tokyo, Kusama left to the U.S. at age 27, living in new york city and seattle. She was close to American artist Georgia O’keeffe, whom she used as a contact to establish her reputation as a leader in the avant-garde movement. She was very active in the American art scene and was very productive, by 1966 she was experimenting with room-sized canvasses, free standing installations and more. However, Kusama never profited financially from her work, whilst being constantly hospitalized for overwork. Kusama was also an active and vocal protester, often organizing outlandish protests. In 1966, Kusama participated in her first Veenice Biennale. In 1973, Kusama returned to Japan in poor health and began writing short stories and poetry. She checked herself into the Seiwa Hospital for the Mentally Ill, where she still resides by choice. Kusama has received numbers awards and recognitions, such as the Asahi Prize (2001), Ordre des Arts et des Lettres(2003), and the National Lifetime Achievement Awards, the Order of the Rising Sun (2006). In October 2006, Yayoi Kusama became the first Japanese woman to receive the Praemium Imperiale, one of Japan's most prestigious prizes for internationally recognized artists. She also received the Person of Cultural Merit (2009) and the Ango awards (2014).
Read More 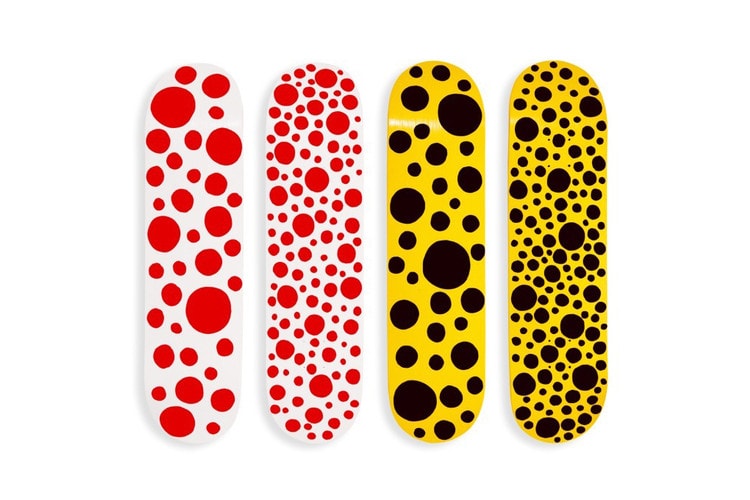 Top Art Exhibitions to See for the Rest of 2022

Top Art Exhibitions to See for the Rest of 2022

From rising artists such as Nadia Lee Cohen and Adam Parker Smith, to masters in Yayoi Kusama and the late-great Sam Gilliam.
By Shawn Ghassemitari/Jul 1, 2022
Jul 1, 2022
0 Comments
Fashion

A landmark joint acquisition that will first go on view in Washington D.C. this spring.
By Shawn Ghassemitari/Jan 20, 2022
Jan 20, 2022
0 Comments
Art

Unseen Works by Yayoi Kusama Auctions for a Total Of $15.2 Million USD at Bonhams

10 of the Best Art Exhibitions Reopening in London in 2021