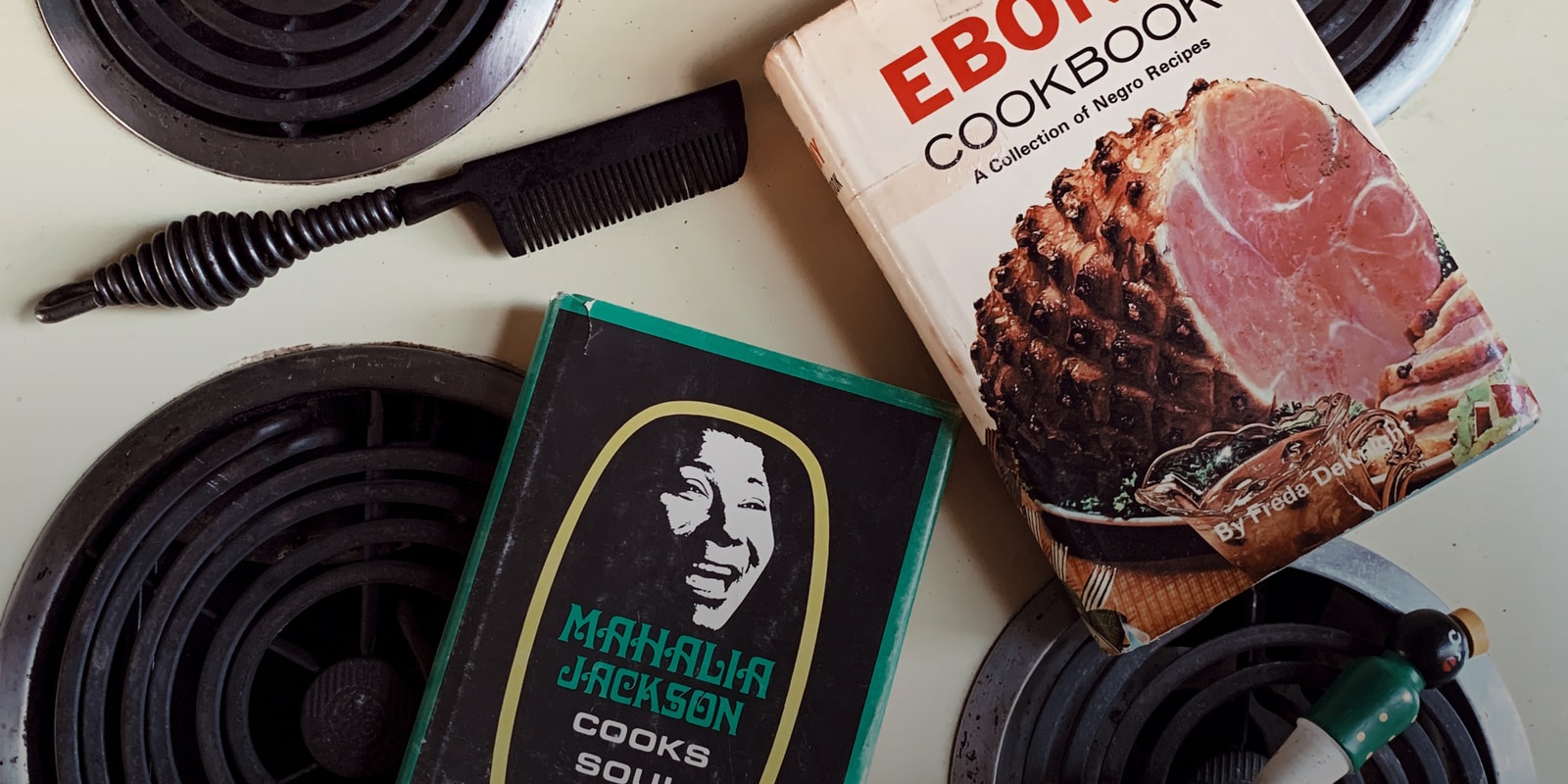 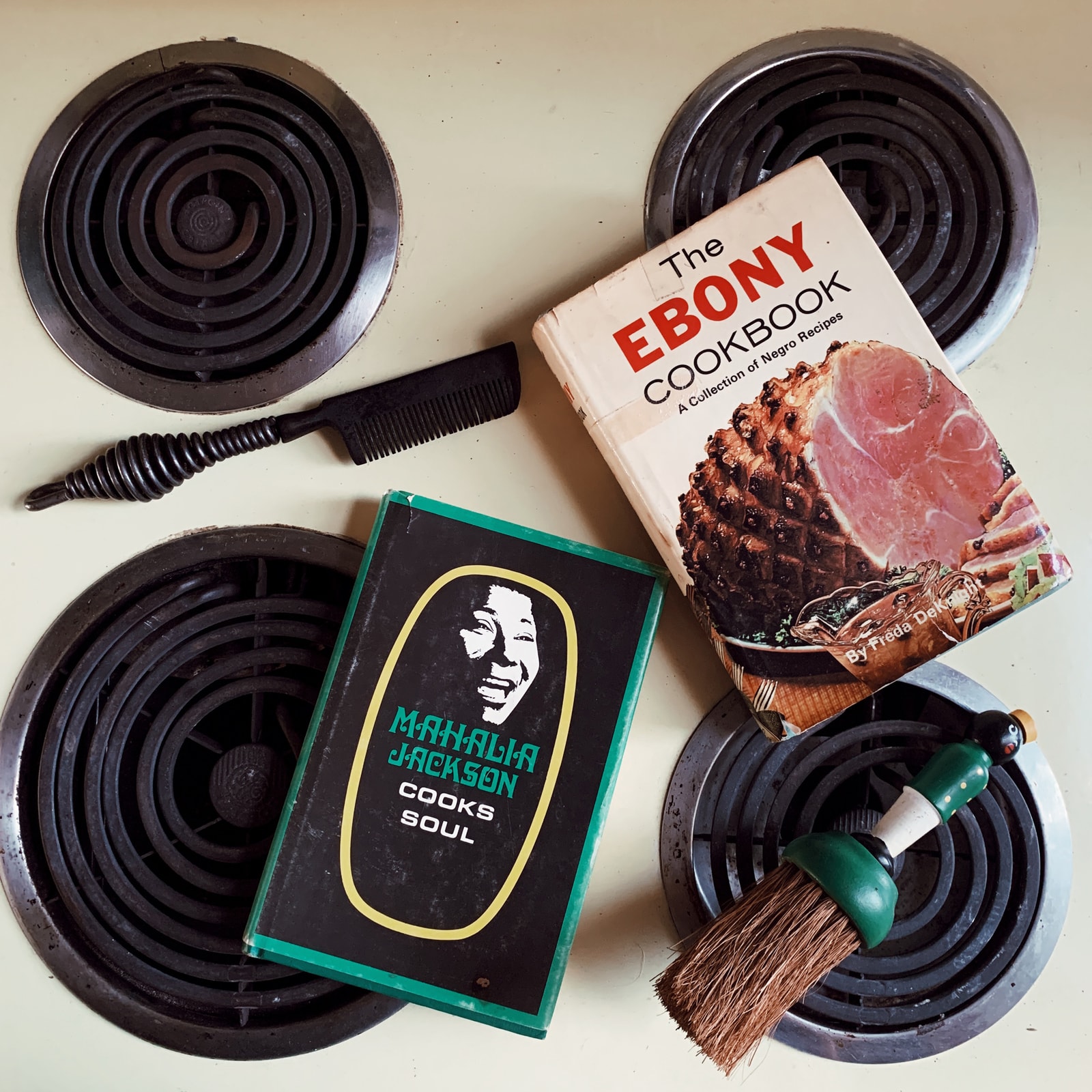 How does one become a purveyor of a specific culture? For starters, by living in it. That’s not to say that one can’t trade and sell certain cultural items simply because they aren’t of that community (sure, they can), but it is undeniable that a first-hand perspective cements a particular authenticity that can’t be learned.

That perspective becomes all the more important during a pandemic — and not just one, but what some would consider two, what with the global health crisis brought on by the coronavirus and the far-reaching racial justice uprising. Moments like these have historically presented a breeding ground for the media to perpetuate biased perceptions of Black people, solidifying the need for more authentic stories to be told by the community themselves.

Enter BLK MKT Vintage: the self-described “curators of a collection of Black curiosities, heirlooms and collectibles,” which began as an online marketplace five years ago and recently opened a brick-and-mortar shop in Brooklyn (though the store remains temporarily closed amid COVID-19 regulations).

“The great thing is we have a lot of inventory and some things that have never seen the light of day,” said co-founder Jannah Handy in response to the sweeping business changes presented by the virus. “Our basement, showroom floor, the basement of the showroom floor — we have things we can filter in and keep people excited about while being mindful of not exposing ourselves and not knowing when people are going to be coming back.”

“How do we recontextualize being American but also being oppressed?”

It’s not that Handy and co-founder Kiyanna Stewart are the only ones doing what they do per se. But they are some of the few, especially in that they have a reputation for preserving the culture with tender hands. The store even caught the eye of Insecure costume designer and stylist Shiona Turini, landing its pieces several appearances throughout Season 4 of the HBO series. And not only is BLK MKT Vintage’s collection of clothing, literature, music, art and the like stylish and rare (sorry The Last Dance fans, but those Michael Jordan centerfold ads aren’t for sale), but those pieces aren’t divorced from their historical context. 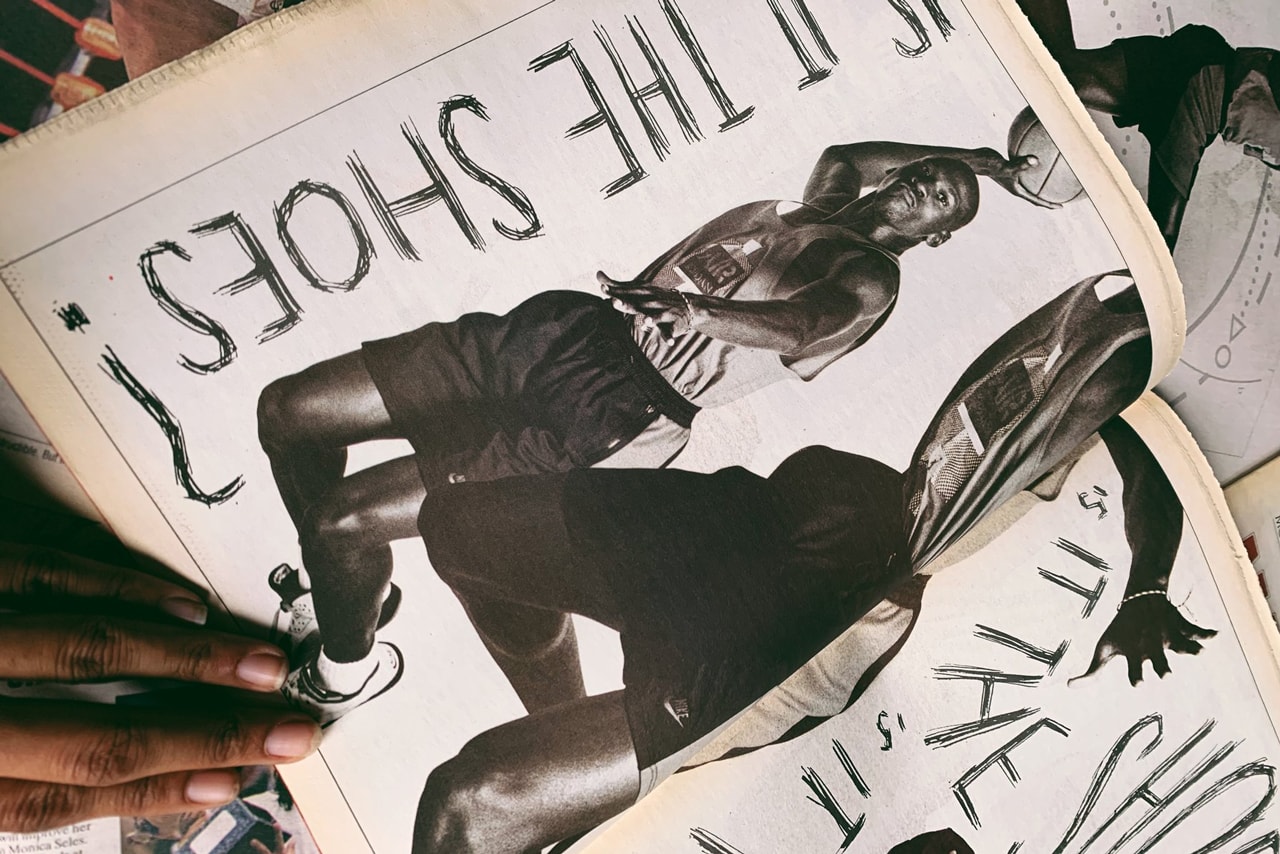 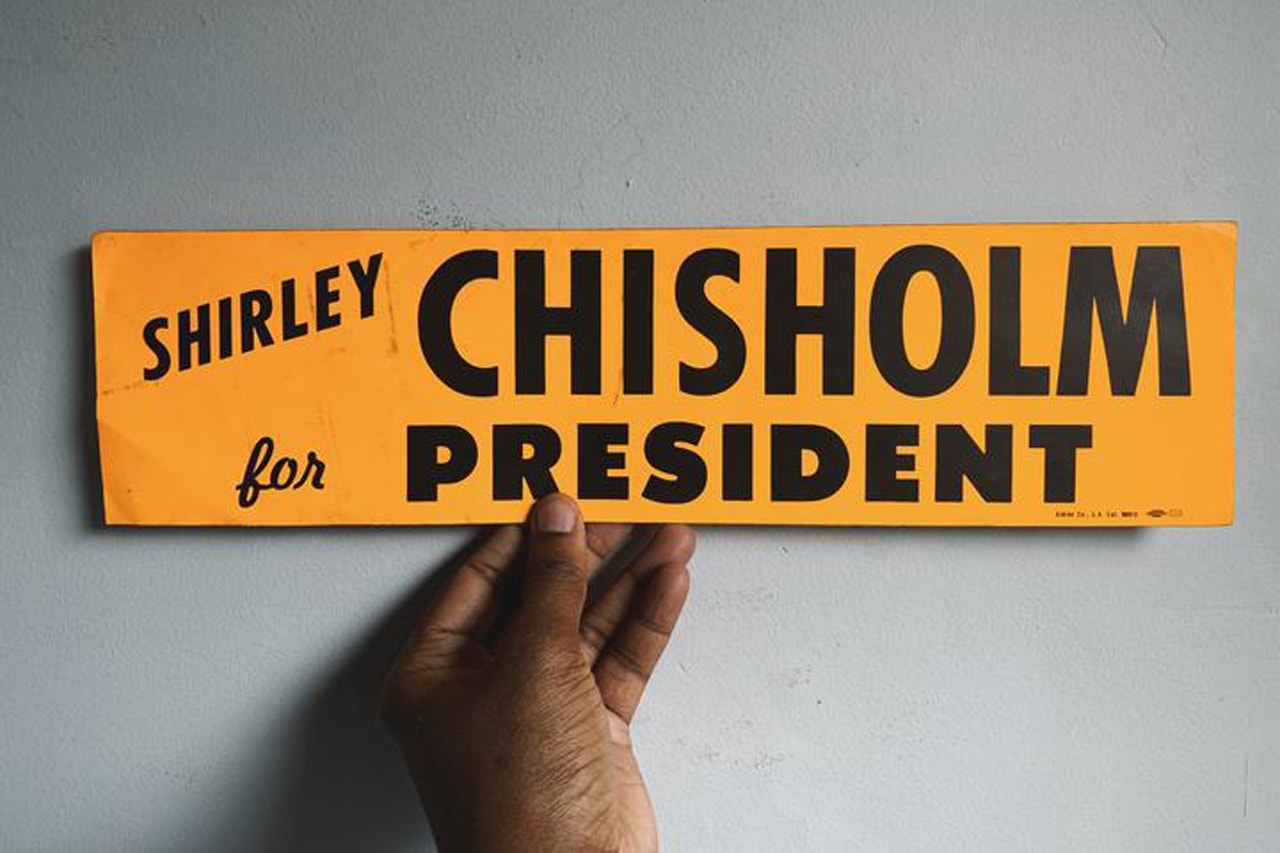 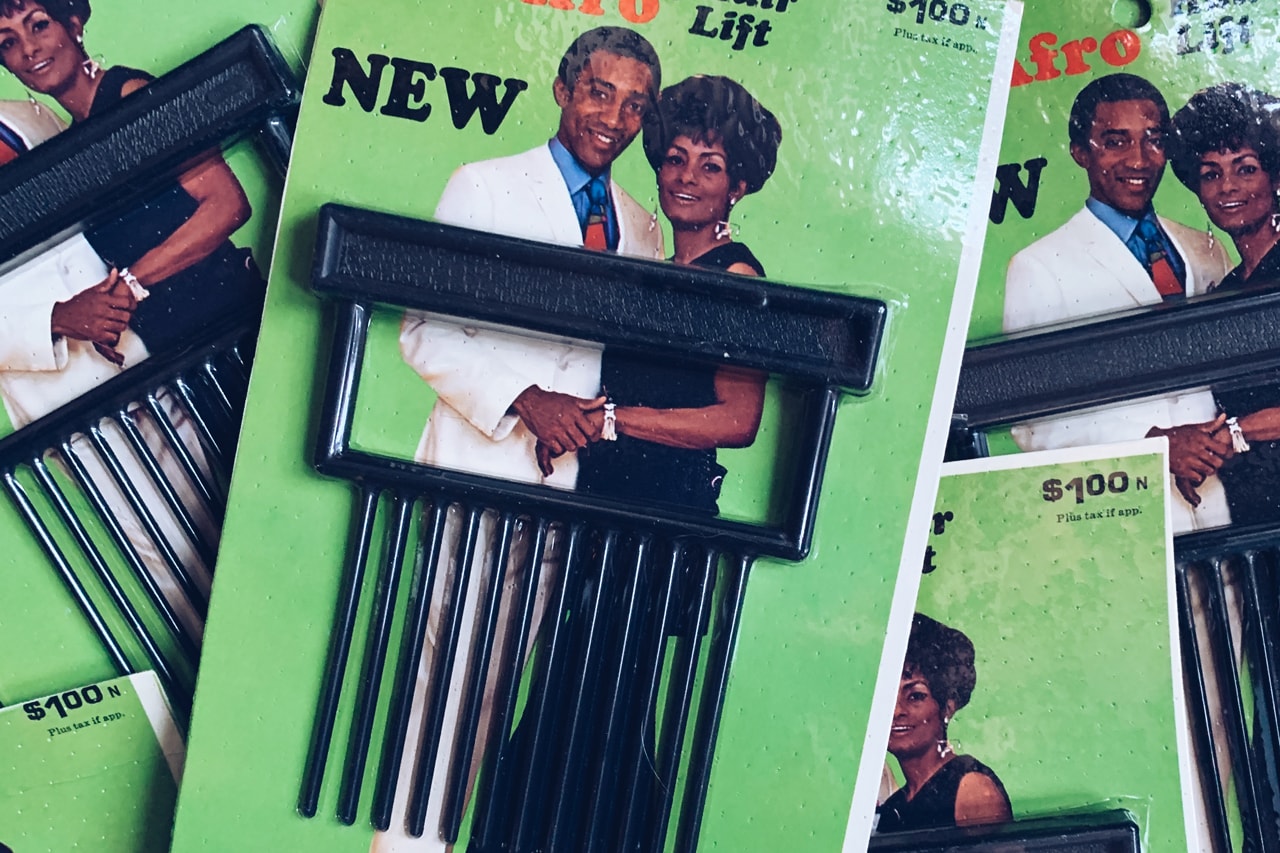 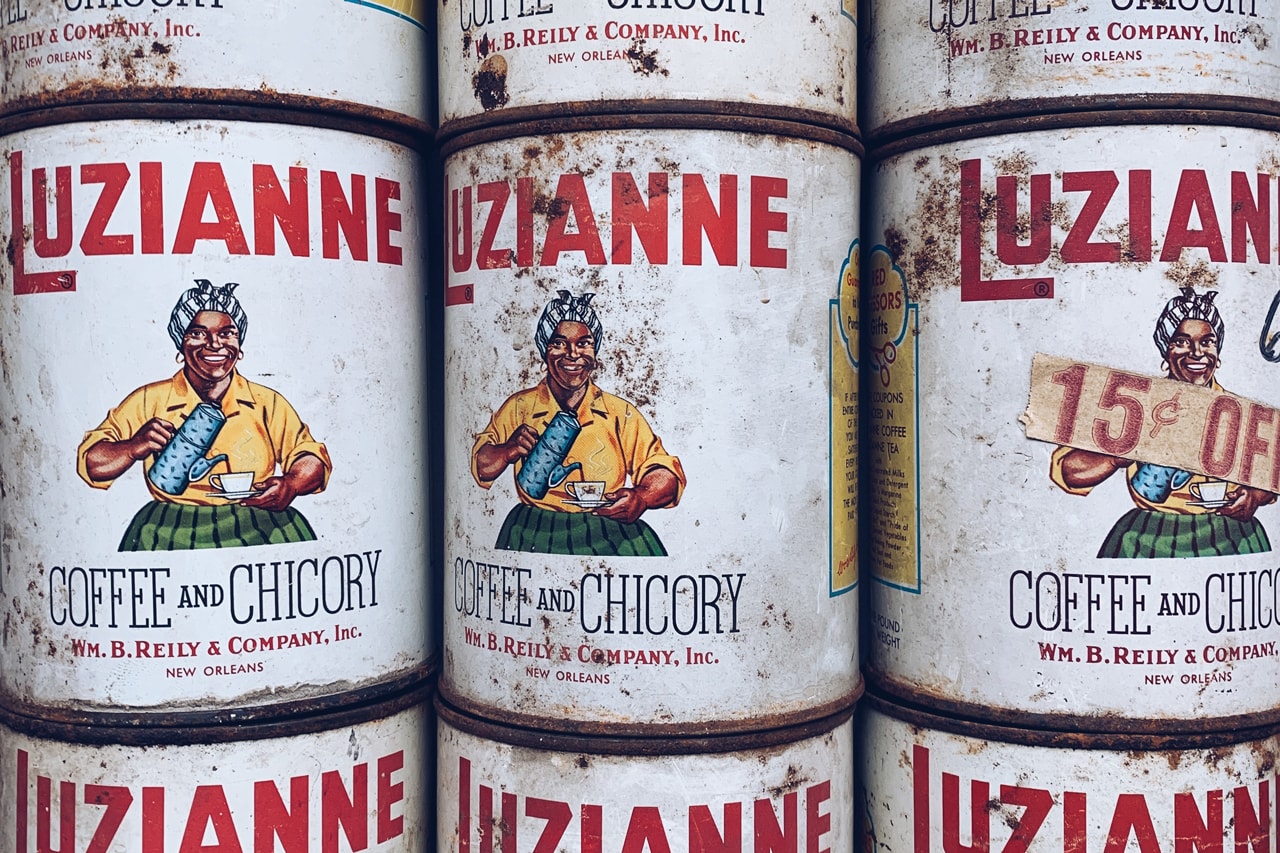 “How do we recontextualize being American but also being oppressed? How do we reconceptualize some of our really dark histories so that we are making sure we move forward in light,” pondered Stewart of their merchandising process.

Pieces are presented somewhat like artifacts throughout their Bedford-Stuyvesant enclave, enshrined with meticulously recorded labels in a visual showpiece of antiquities: enviable vinyl records, historical Shirley Chisolm memorabilia, Teddy Pendergrass posters, rattan-woven Peacock chairs and nostalgic furniture reminiscent of many a grandmother’s house. Preserving that context helps provide at least one level of insurance for entrusting iconic relics to a manifold clientele.

“We’ve had to learn to relinquish some control and to do the best we can with what is in our sphere of control. And for us, it’s making sure that person on the other end isn’t just seeing the aesthetic but also the historical context, a time period for the previous usage,” expounded Stewart. “We can’t control who buys in person and who buys online. We don’t have a filtering system, there’s no process to vet customers but what we can do is provide context, and hopefully, folks take the initiative.” 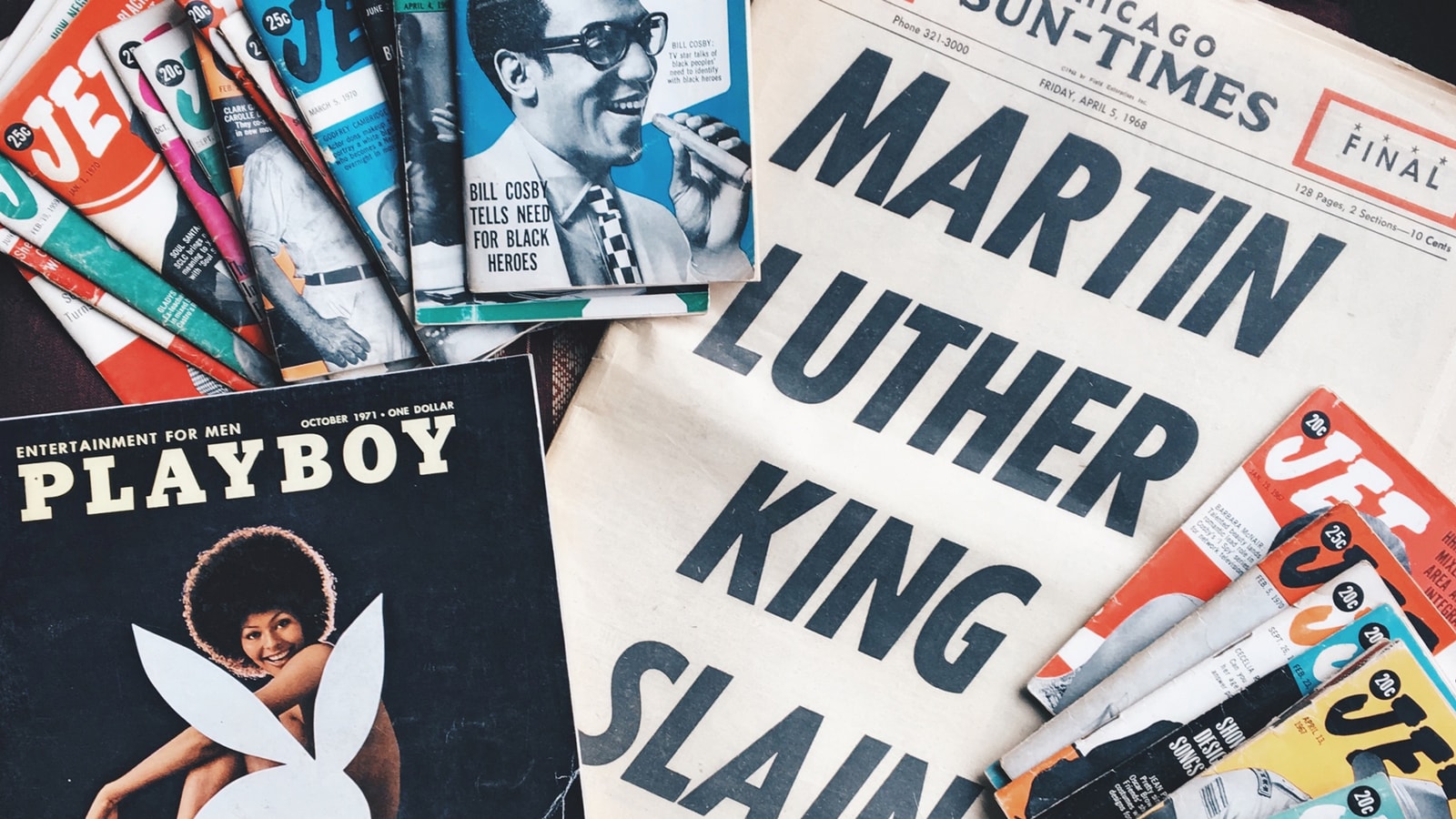 Like many secondhand business owners, Handy and Stewart have faced new challenges when it comes to sourcing goods in light of COVID-19, which has disproportionately affected Black people, as recent CDC data shows. Handy — who explained that she herself has three autoimmune diseases — has had to rethink usual business practices like regular trips to street markets (though many outposts are closed to abide by social distancing regulations) and buying antique pieces from elders.

“I operate off of ‘consider the source.’”

A bustling “digital community,” however, has presented new opportunities elsewhere. “Several folks have reached out via email since saying, ‘Hey, I have these books’ or ‘I’ve been struggling, need extra money and want to sell XYZ.’ We take on some consignor inventory aside from old inventory,” said Stewart. “We were already doing that work but now folks see it as an opportunity to part with things.” It’s presented the partners with more avenues to support small businesses when bringing in new merch, alongside maintaining connections with their already established network.

“More often than not, I operate off of ‘consider the source,’ so where is it coming from? Even now it’s tighter because we are dealing with an even closer network,” said Handy when asked about authentication, a topic that’s come to be mentioned regularly in regards to secondhand fashion. “It’s a bit of gut instinct, but there also is knowing what these pieces are supposed to feel like, look like, when did the patent or trademark come to be … and we have these tricks of the trade because we have been doing this. We’ve been hunkering down with folks we know and trust.”

The customers at least seem to approve, and proudly so as part of a thriving and engaged following of more than 235,000 on the shop’s Instagram. As patrons have flocked to the virtual bazaar that is BLK MKT Vintage in pursuit of items like first-edition Toni Morrison books, retro JET, LIFE and EBONY magazines and even custom decor, the response has at times been overwhelming.

“Folks are buying on their devices consistently now, really, really quickly. We have to adapt to [the demand of] the digital community a little bit more,” explained Stewart. “There’s frustration, but then also I’m so happy we are being supported in this moment. Folks are interested in what we’re doing. It feels like a collective win and folks are also expressing that same duality.” 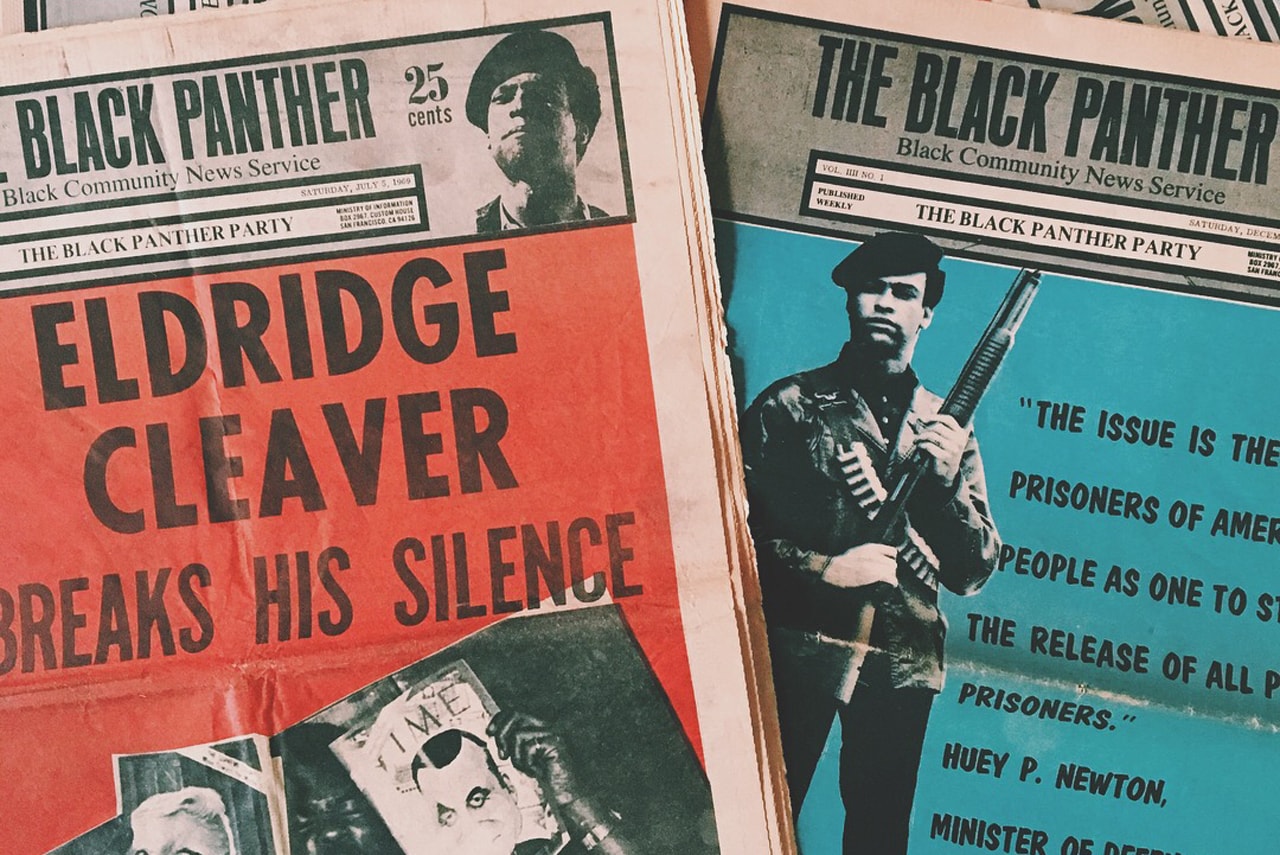 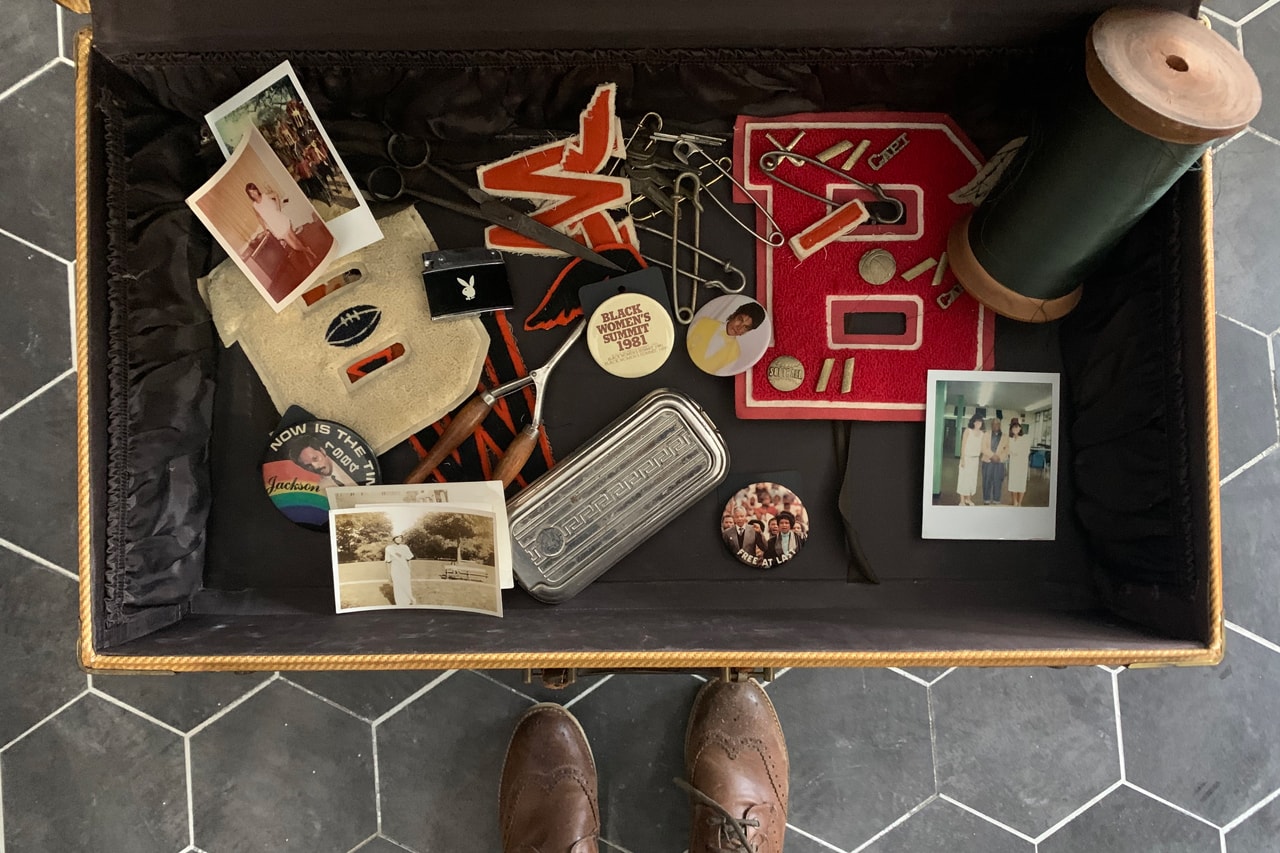 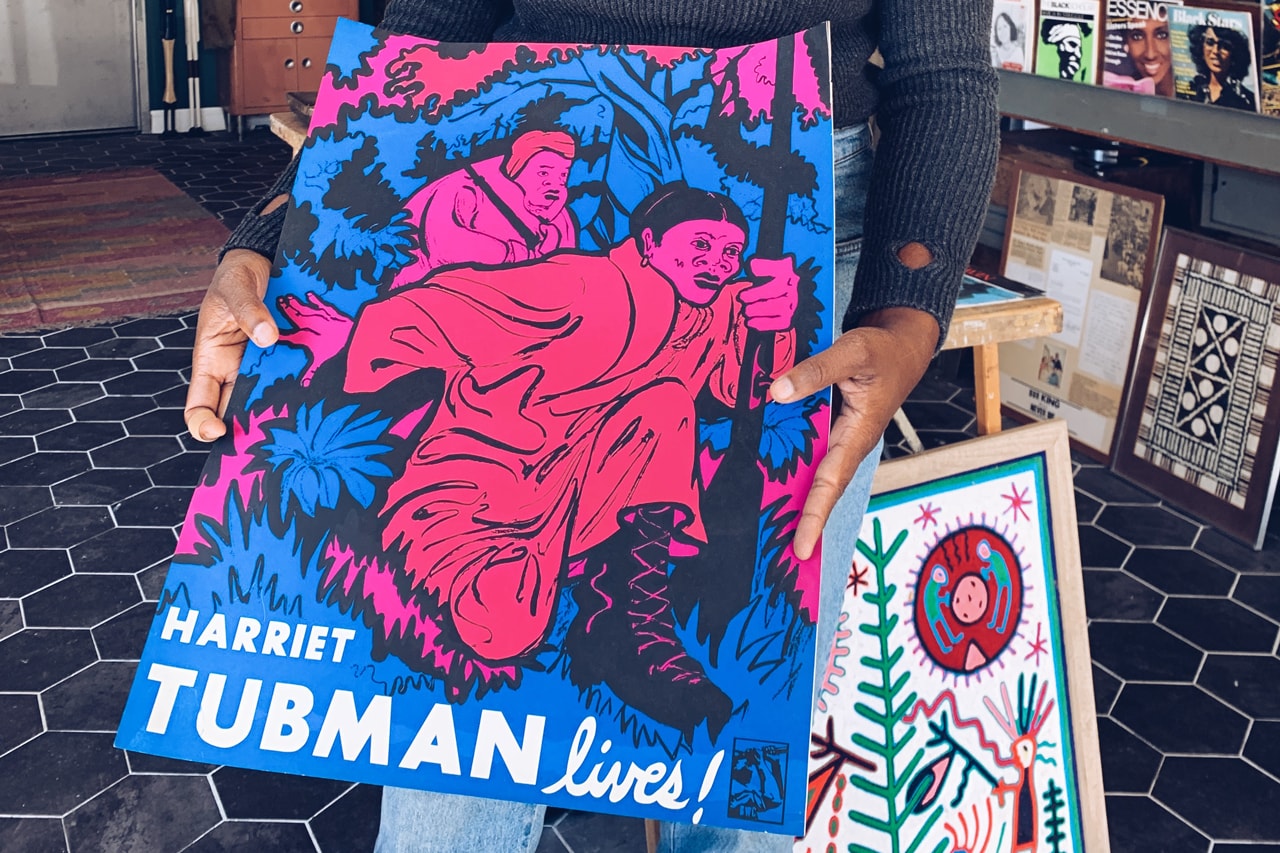 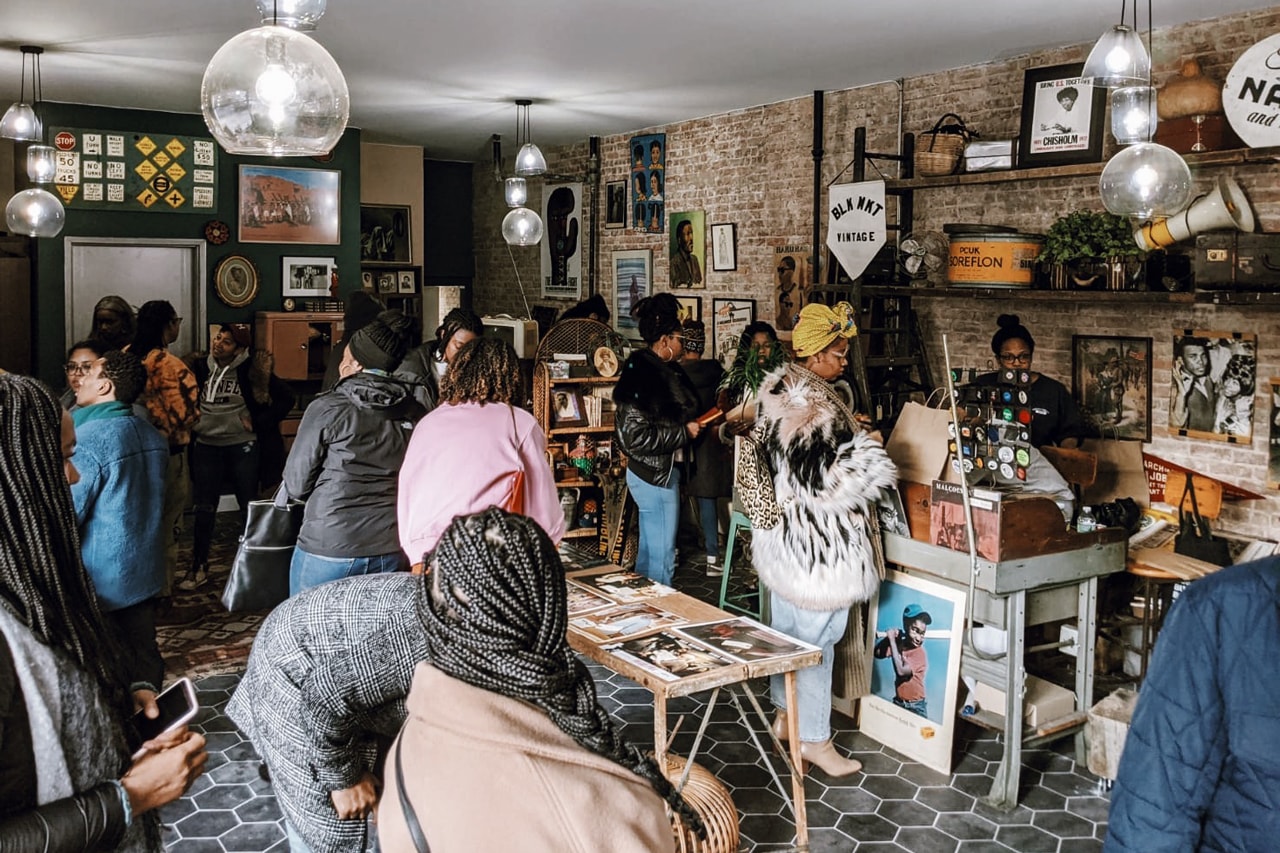 Lately, a sense of duality has all but overtaken Handy and Stewart’s day-to-day movements. As COVID-19 has commanded headlines and forced doors to close, protests around the world have also erupted in light of the killings of George Floyd, Breonna Taylor, Ahmaud Arbery and innumerable other Black people. Even while Stewart and Handy have had to make the decision to refrain from partaking in the physical protests as a precaution given the latter’s autoimmune diseases, the movement has still proved both exhausting and inspiring.

“It’s been lit with a lot of corporations [asking us to speak on their behalf].”

“Not everybody can and will be out in the streets, somebody has got to cook meals, arrange bail, make signs and create a haven for folks to come back to,” said Stewart, explaining that BLK MKT Vintage is serving as “storytellers and documentarians” by using its platform to spread important messaging, partnering with organizations like Black Lives Matter and Movement for Black Lives, and hiring and investing with Black people. “I think we have identified our lane and are putting our energy in those lanes to not compromise our health,” she said.

“It’s a mixed pot of feelings. I’m trying to be intentional to unpack what those are each day,” reflected Handy. “It feels really moving to see Black people, many who have been doing this work already, respond in a timely fashion and put pressure on folks to listen, take action and implement legislation. But the exhausting piece is navigating new folks in our community,” she said.

“Our inbox, it’s been lit with a lot of corporations [asking us to speak on their behalf] but then they say ‘you have 24 hours to get back.’ So then it’s, ‘if I don’t speak, I’m not lending my voice, if I do, am I lending my voice to a white gaze? Is it cool for me to lend my voice and what are the right platforms to speak to?’” questioned Handy.

But as Stewart points out, BLK MKT Vintage was already built on a winning foundation — authenticity. “I saw this great tweet yesterday from a fellow entrepreneur, ‘when you’re working the statement, you don’t have to make one,’” mused Stewart, highlighting the fact that the shop continues to donate to the Bed-Stuy Strong mutual aid fund, as well as make “movement specific investments” (a purposeful shift from “merely donating”) to Until Freedom and The Audre Lorde Project.

So despite all of the uncertainties presented by COVID-19 and the radical changes driven out of the protests, the shop can at least rest on one thing. “Our work speaks for itself,” exclaimed Stewart. “I didn’t feel a pressure to say Black lives matter — it’s important to say but in the moment where people are making declarations and talking about commitment, we have already been thinking that way.” 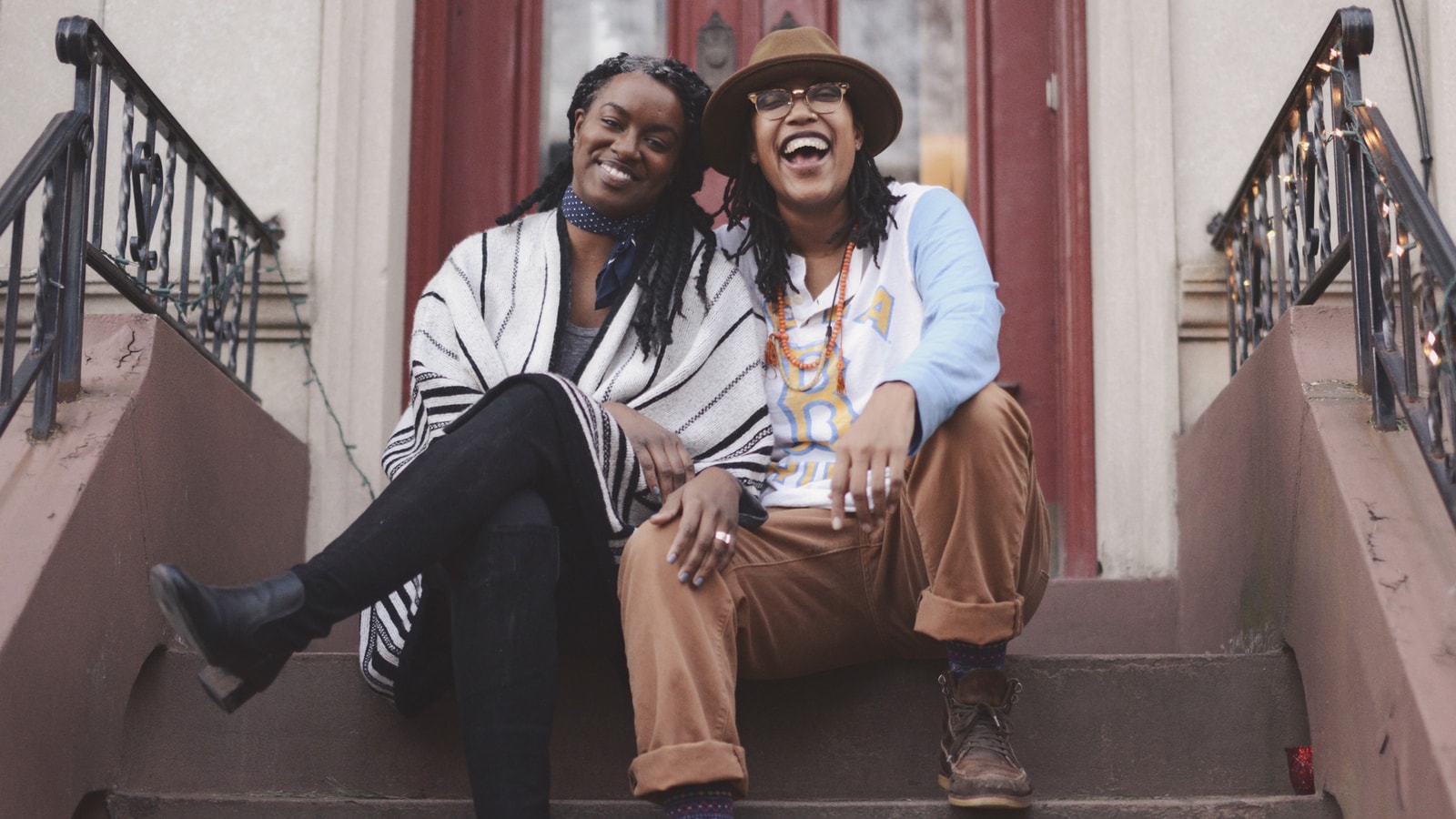