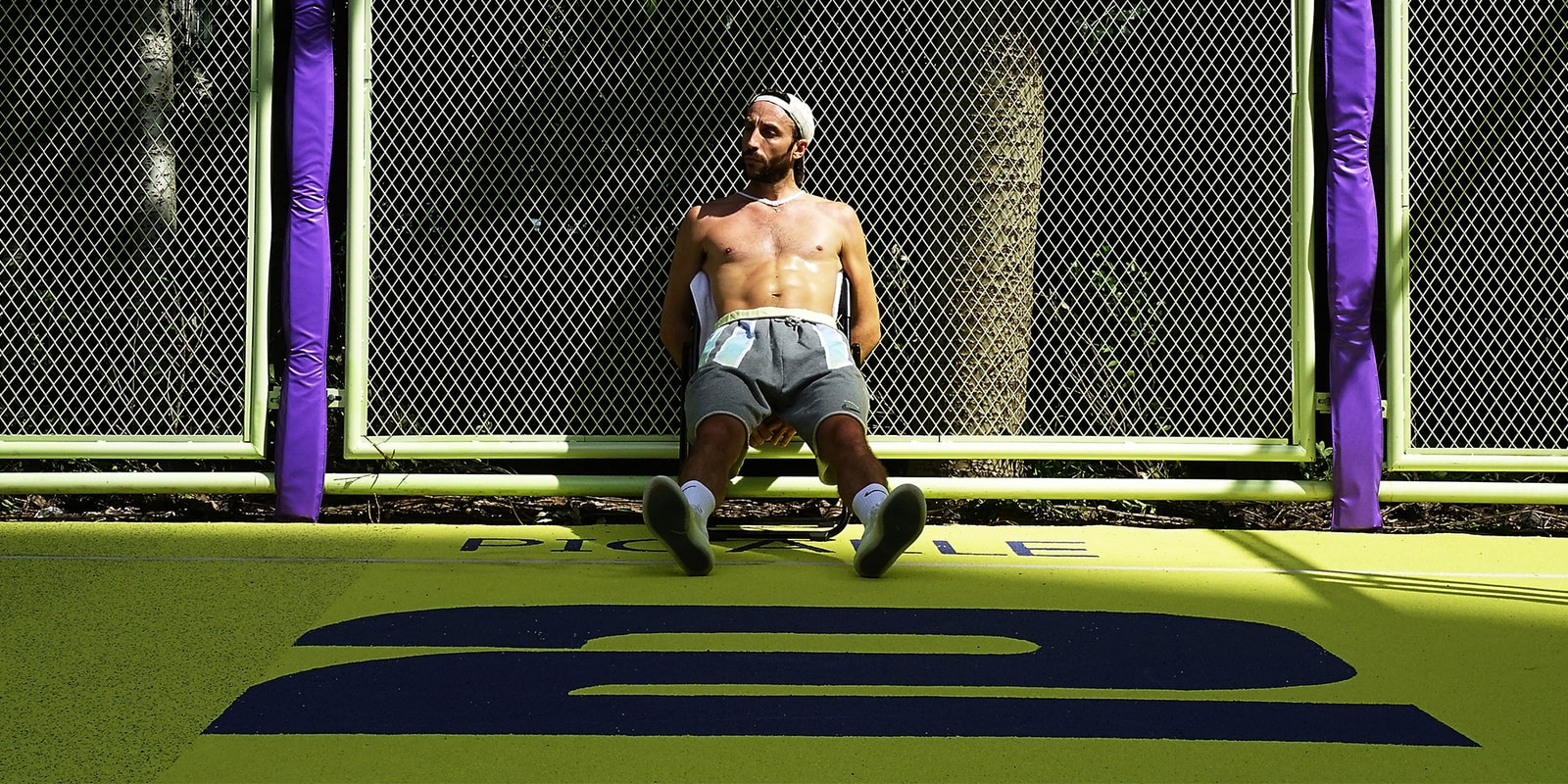 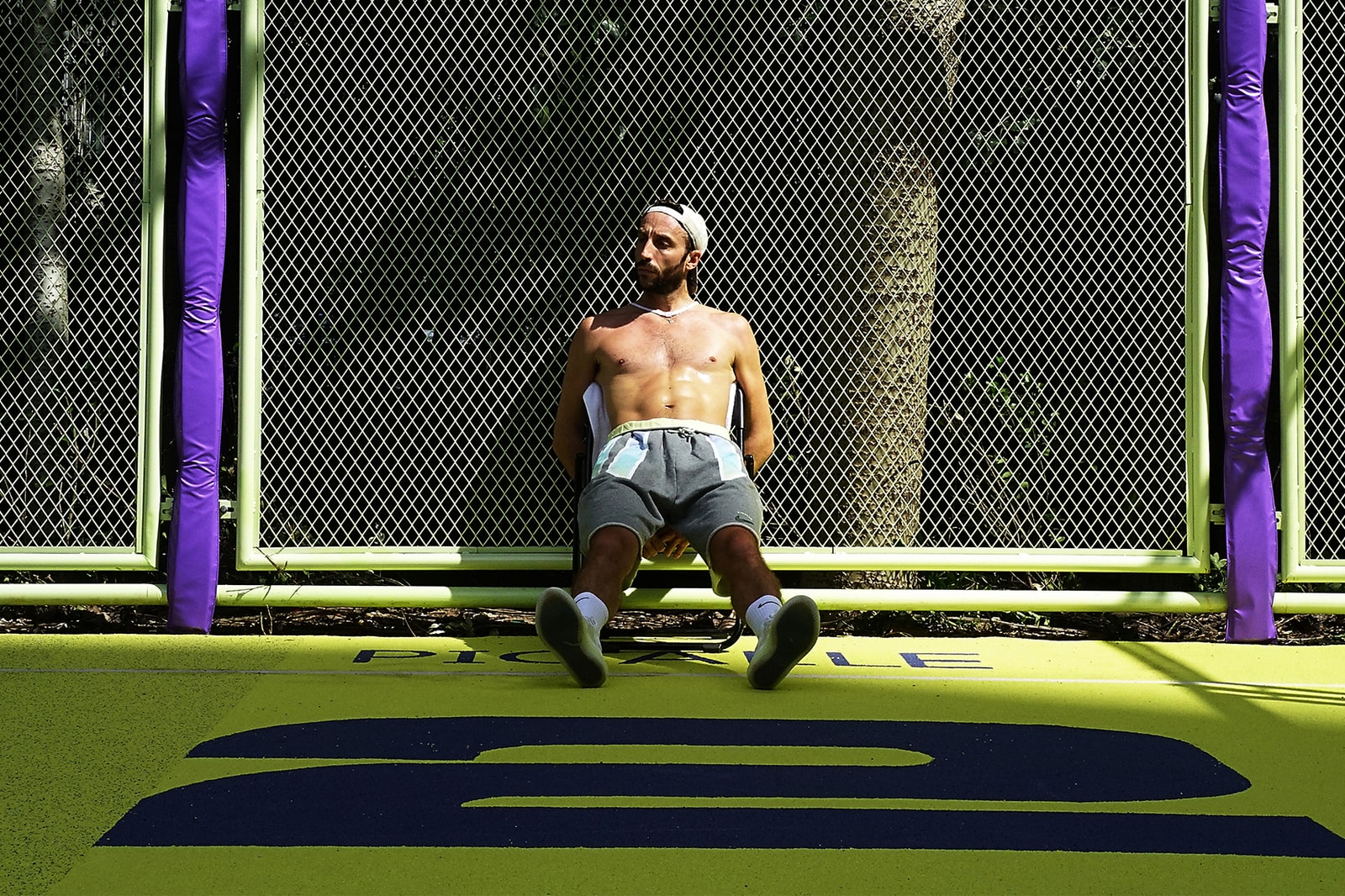 How Stéphane Ashpool Exports His Love For Basketball
The Parisian is taking the spirit of his Pigalle court to China.

For over a decade, Stéphane Ashpool has championed his childhood neighborhood through his Pigalle label, which is named for the Parisian district where he grew up. If you were to tally up Ashpool’s sources of inspiration outside of the neighborhood of his youth, you would land on a rather short list: the ‘90s, basketball, family, music and more basketball, which together sums up what he enjoys most in life.
Historically, the area of Pigalle is known as Paris’ red-light district, but in more recent years the neighborhood has seen the opening of a number of boutiques, restaurants, and cafes. One of its main draws today is the vibrant Pigalle basketball court, which Ashpool conceived of alongside Nike.
The colorful, updated court is a result of the collaboration between Pigalle, Nike, and local creative agency ill-studio. Thanks to the power of social media, the space brings a number of Instagramers and ballers alike to witness the revered court. Unlike many of the other outdoor courts scattered throughout the city, this one is like a world of its own — despite the fact that it’s sandwiched between two traditional brick buildings. Tied closely to the Parisian “street” lifestyle, it’s a heterogeneous ecosystem where an eclectic bunch join together for a game of pick-up or just to hang out. As Ashpool puts it, “It’s like Parisian fashion, a mixture of things. People could be wearing Chuck Taylors with track pants, a blazer, and a bucket hat. You wouldn’t think these things would go together, but in Paris, it does.”“You wouldn’t think these things would go together, but in Paris, it does.”
After more than 10 years of living his fashion-meets-sports way of life, and not “selling” it, as Ashpool stresses, the court has caught global attention, bringing the Pigalle name numerous opportunities. Among those is an ANDAM fashion award for the Pigalle label, collaborations with the likes of Nike (now on its sixth year), a touring basketball tournament and the more recent project with Les Métiers d’Art de CHANEL.
While Ashpool continues to develop his label in Paris, this year he exported his cherished basketball court concept outside of France for the first time with a court in Beijing. The Chinese outpost is not merely a pop-up, but a long-standing court that aims to develop the local community — much like its predecessor in Paris.
The choice of China for the second Pigalle basketball court does beg the question, “Why the city of Beijing?” To find out, HYPEBEAST recently Joined Ashpool on-court for the unveiling of the new Pigalle x Nike GRIND court in Beijing, where we spoke to him about the new project, and why the sport of basketball is so important to Pigalle. 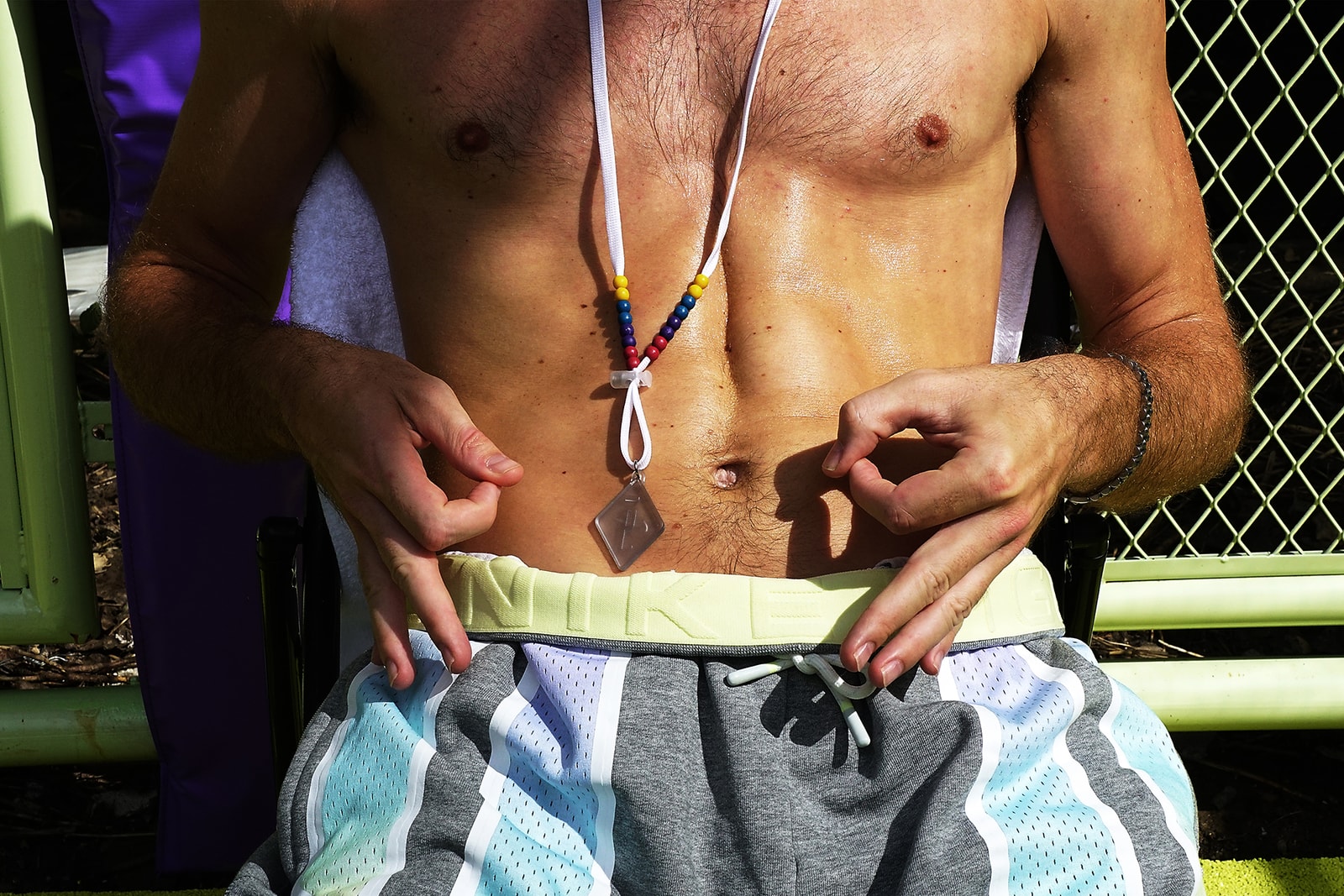 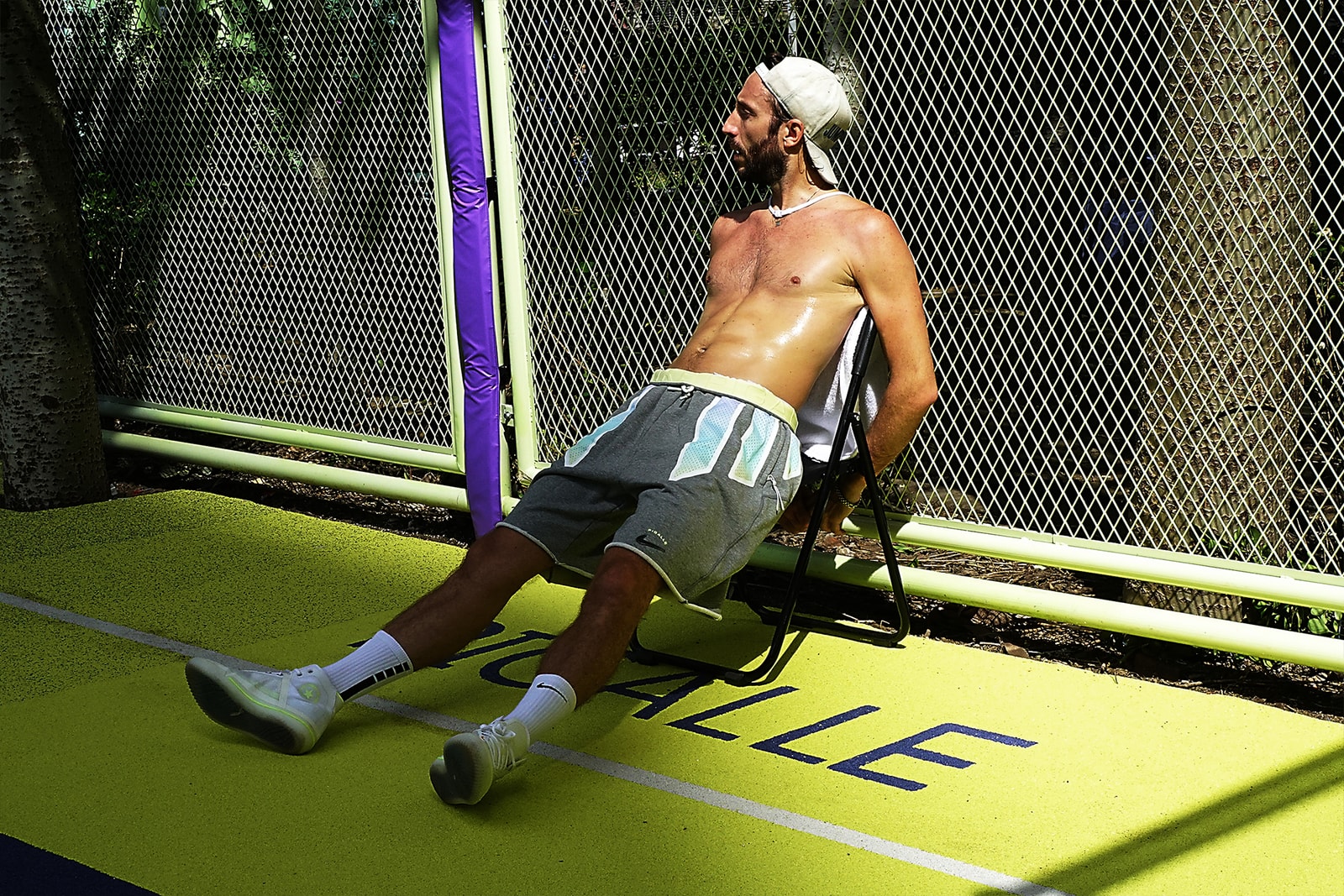 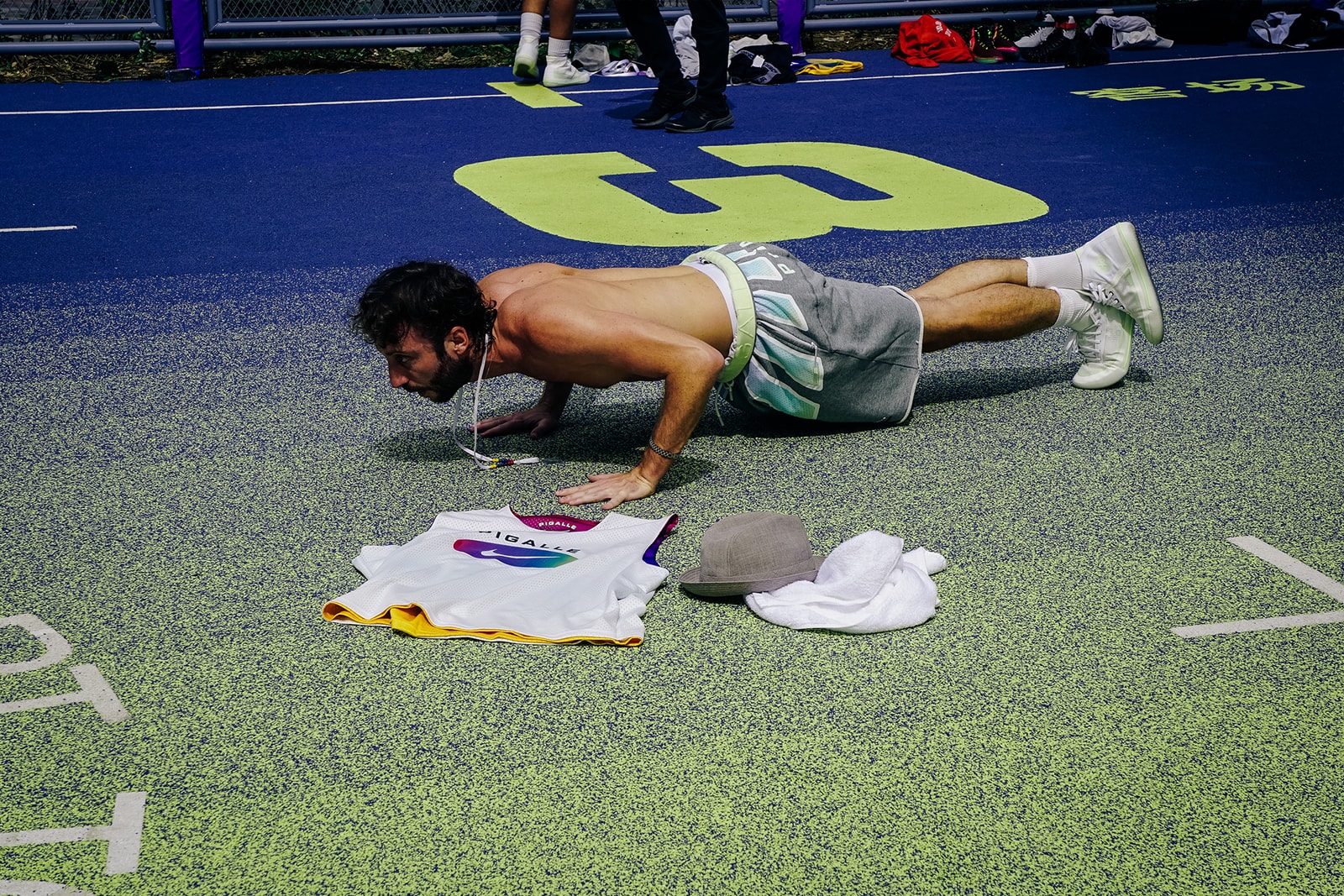 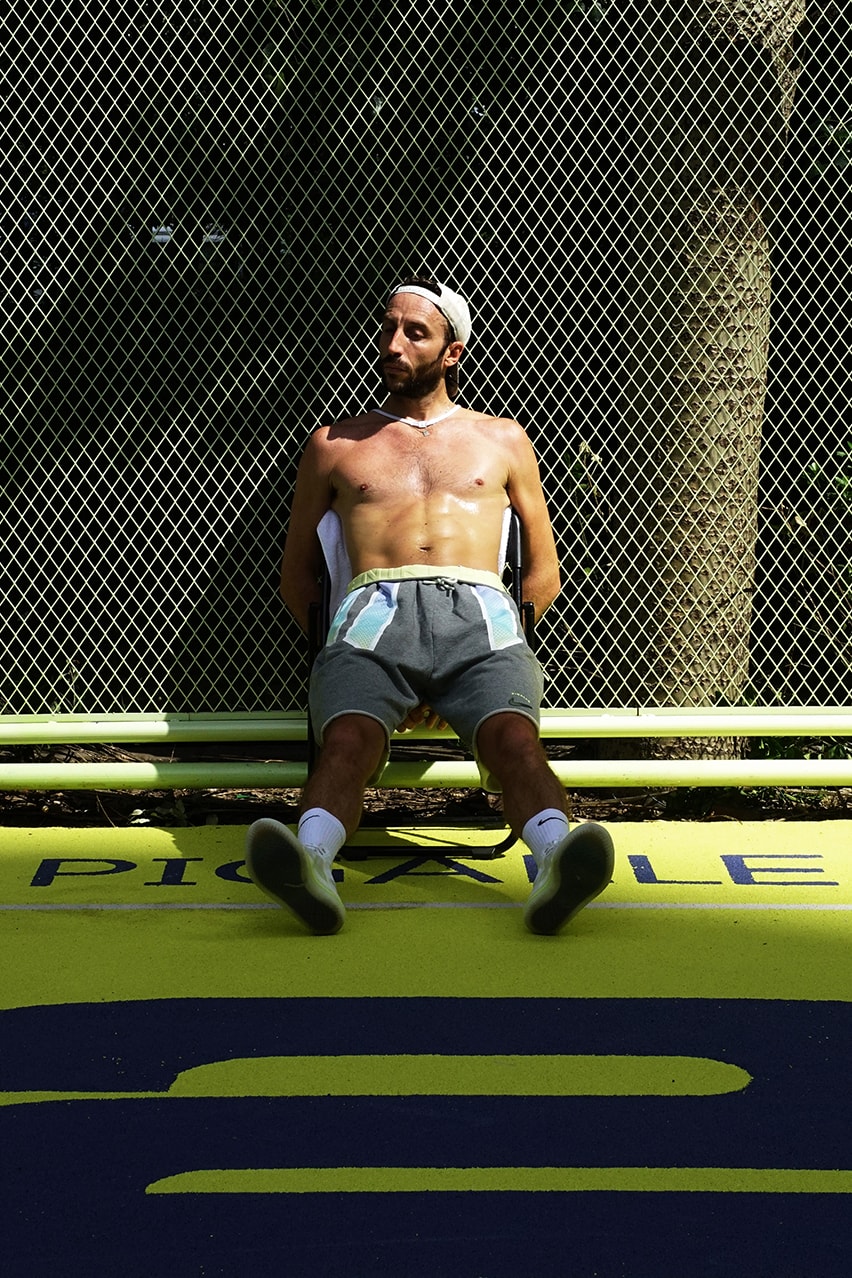 HYPEBEAST: Why Beijing?
Stéphane Ashpool: I have been here several times throughout the years. It has changed so much. When I first started coming to Beijing I was a bit uncomfortable as the culture was so new to me. The city has developed in a lot of good ways, and at the same time, I’ve also gotten to know the people and the city. The basketball culture here is also up there with a lot of other big cities. People love to play the game here.
You rep your neighborhood and country so much. How important is it to spread that love outside of Paris?
The first court happened so organically. It was not planned at all. The court was there but I had an instinct that we should do something there. The community started to grow around the court for reasons we couldn’t control. We needed that 10 years for it to develop, to find out how something like the court could develop naturally on its own. Ten years later, and we sort of have an idea. We are now on phase two where we can replicate that community around the globe, in cities like Beijing. I am excited. It’s not just a court but a family.
It’s evident that you carry that love for the Pigalle area everywhere you go, but even when I first saw you before the FIBA Basketball World Cup, you had France’s flag wrapped around your body. Is it equally important to represent not only the streets you grew up on but the country as a whole?
The country aspect is important. It’s more than just basketball. It’s your people, your friends, possibly your family playing for the glory of the championship. It’s on the same level as to why countries participate in the Olympics.“The court was there but I had an instinct that we should do something there. The community started to grow around the court for reasons we couldn’t control.”
I have love for Team France. I know a lot of the players on the team. I am gutted by the loss, but they did their best. They’ve elevated skills, but now I am just waiting for the Olympics to see them play.
Do you look at NBA on the same level as national teams?
It’s a pride thing. For me, when France plays it’s a chance to witness the mixing of countries on an international level… you can’t get higher than that. I watch everything basketball, NBA, French league, even CBA. I am such a basketball geek, but there’s nothing better than something like the World Cup or the Olympics.
You’re now seasoned in working with Nike. How has your relationship changed since your first project together?
Time flies. The first collaboration was around six years ago. First, I never take anything for granted, so having the opportunity to do something with Nike is always a blessing. Asking a smaller brand and someone like myself who is more on the social side of things is always good. Nothing has changed, I just know the process better. It’s just as fun as it was before, and many of the people from Nike are now friends. It’s always good to see a familiar face in the different cities I go to. 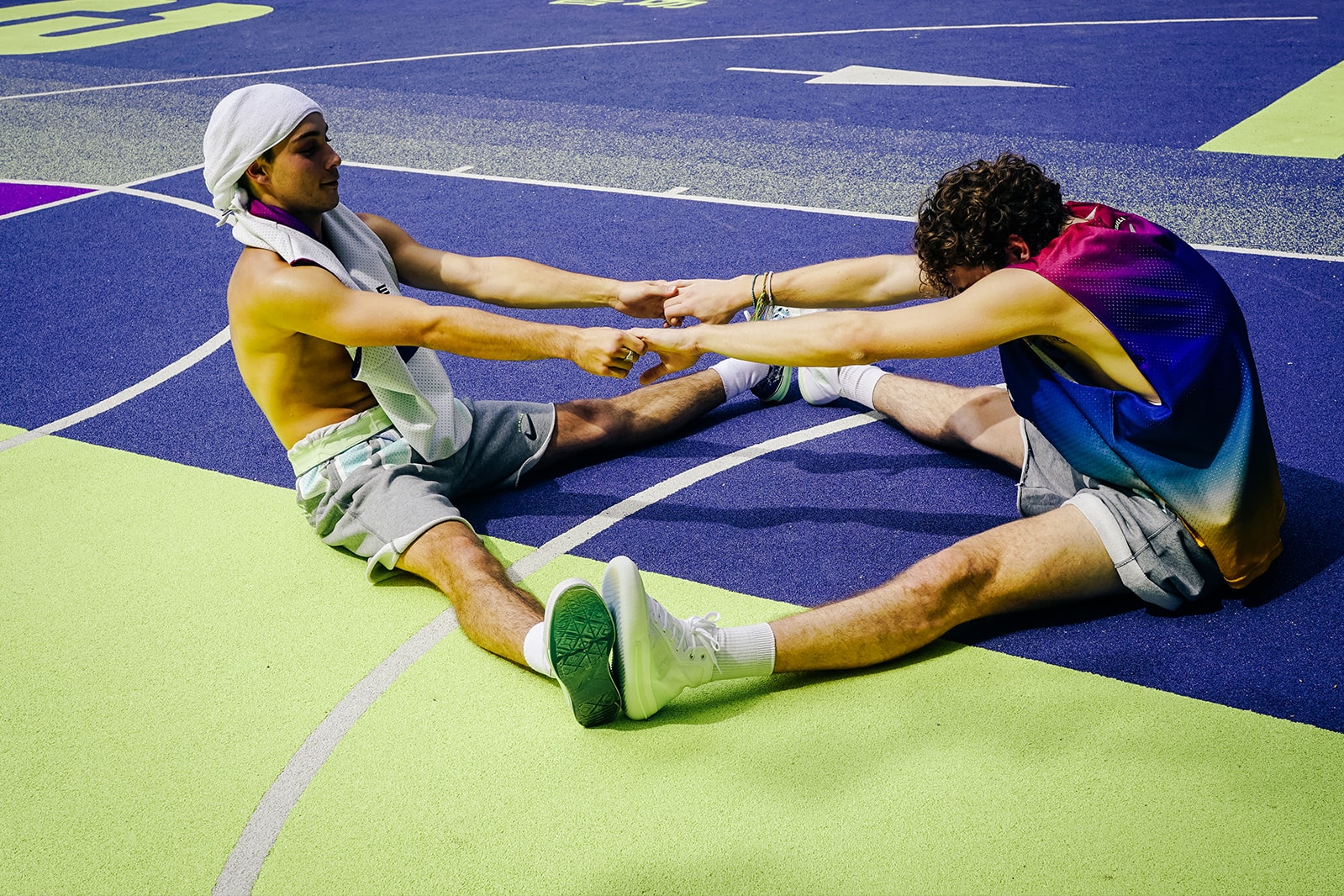 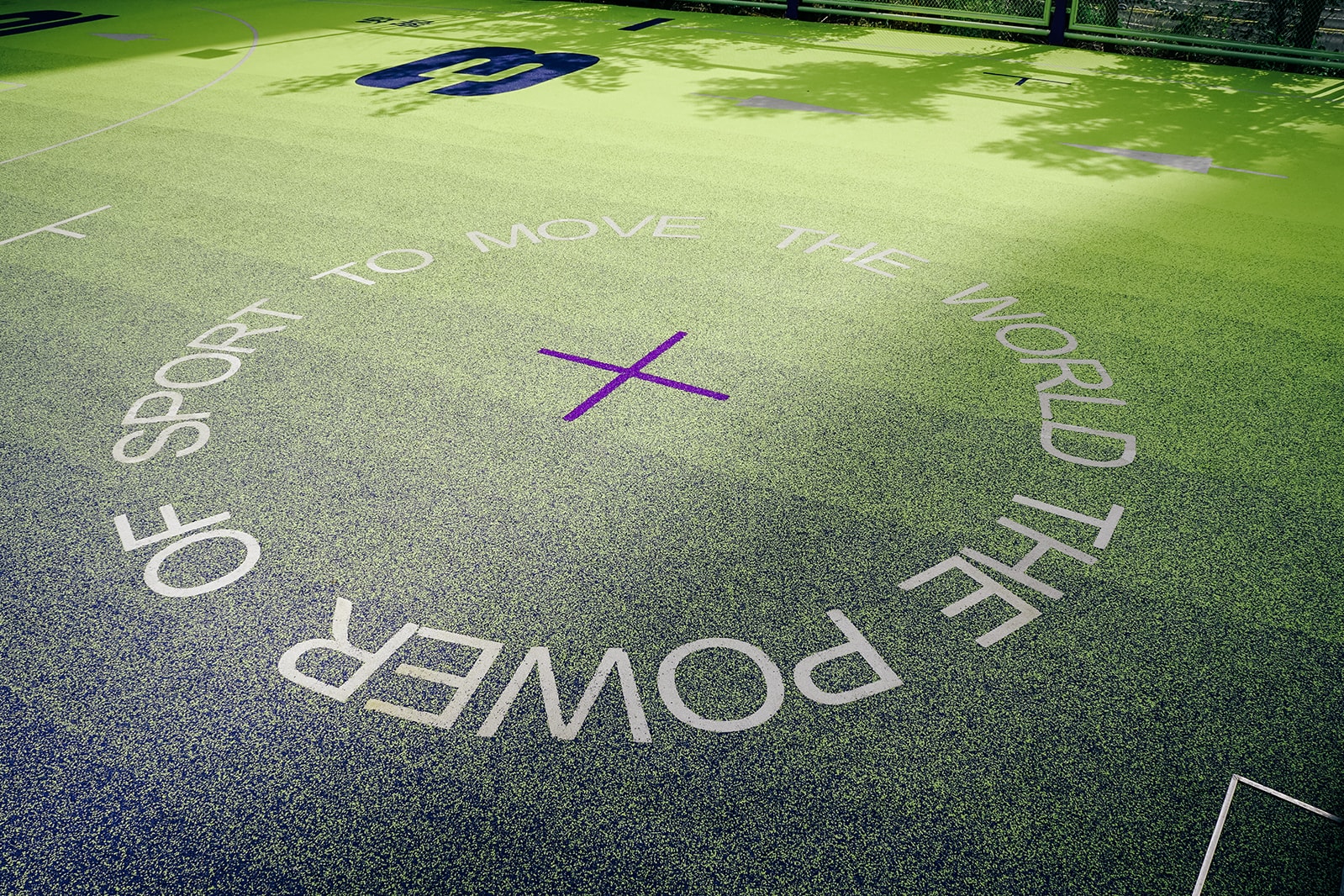 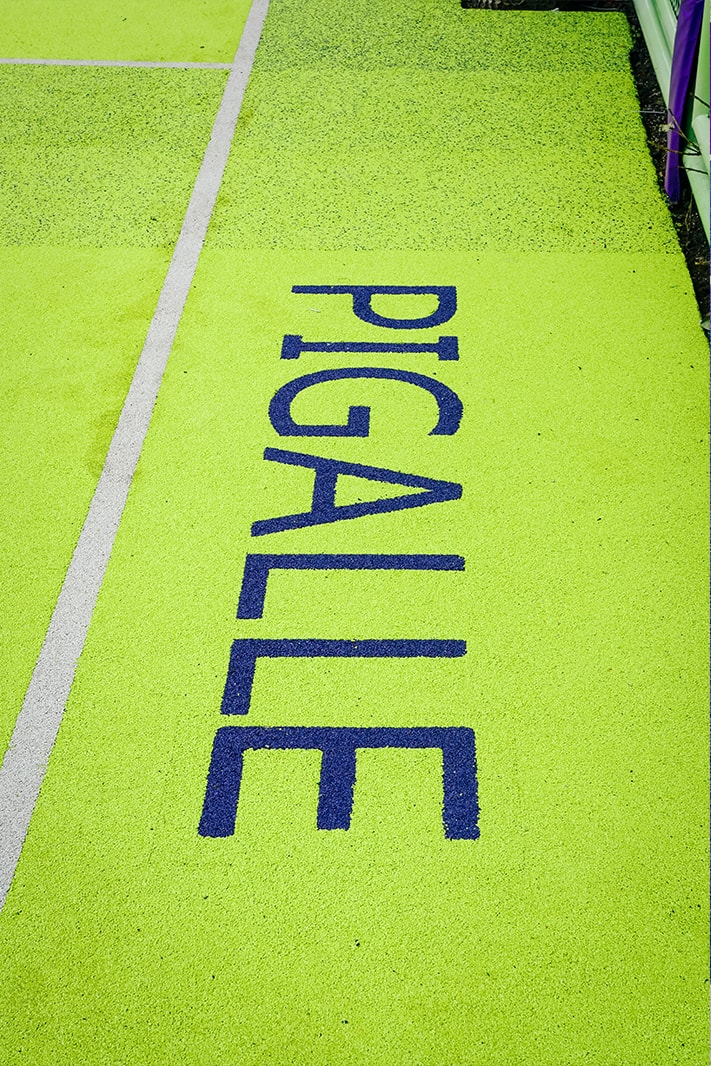 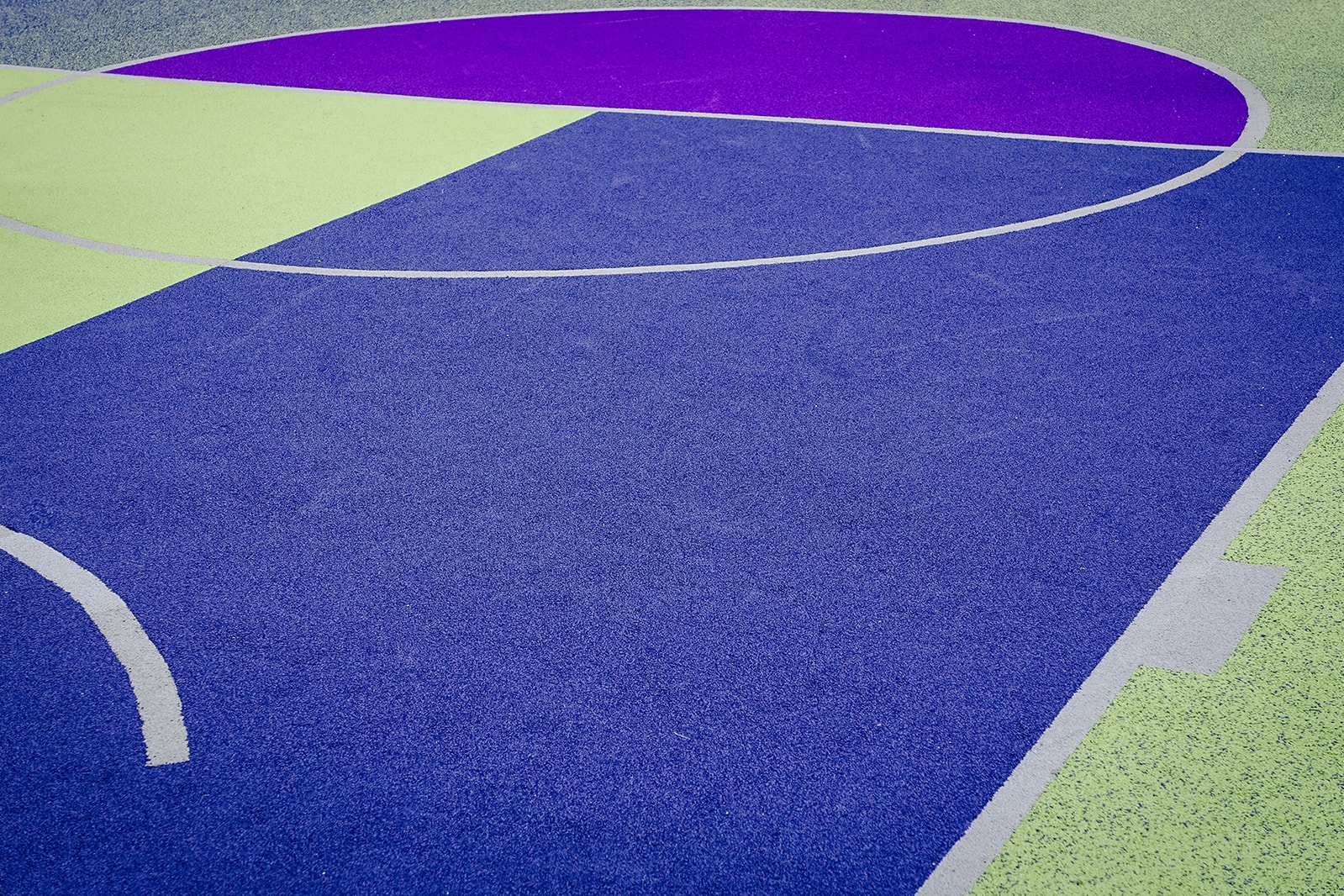 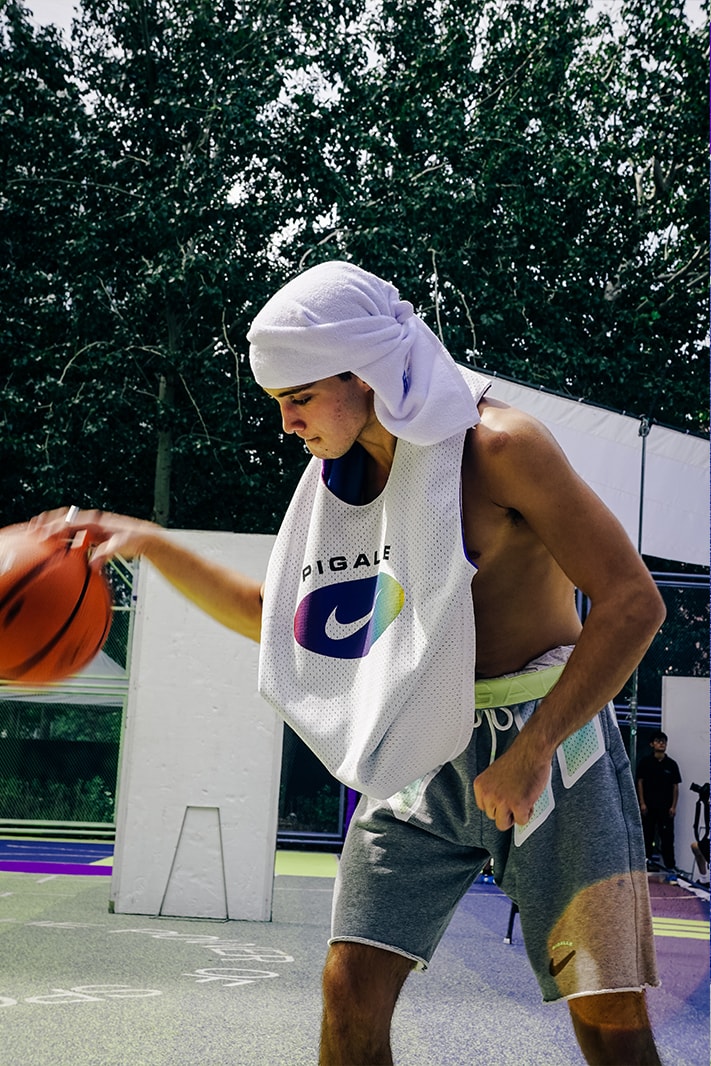 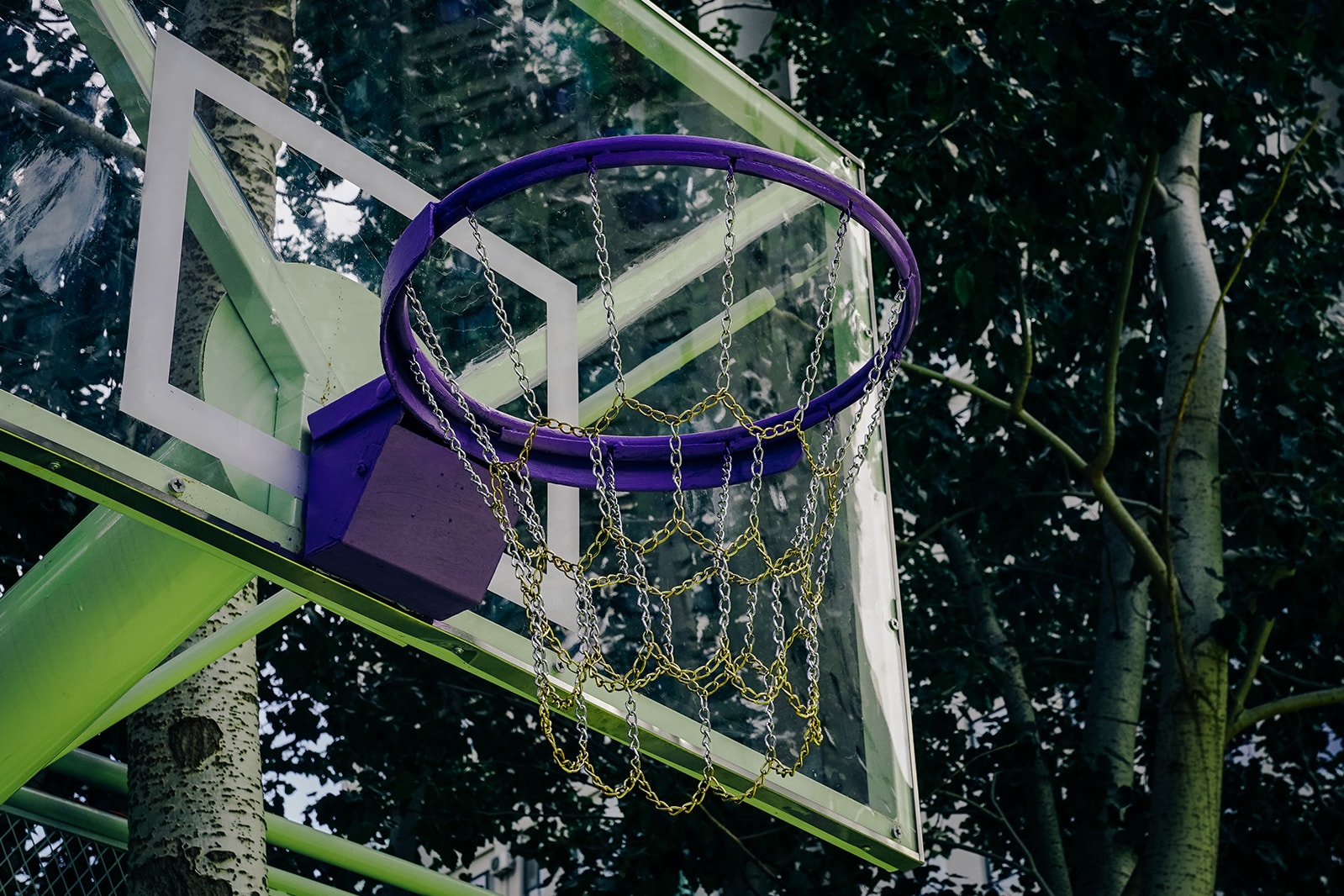 You have this fondness for the ‘90s era, but in your more recent collection with Nike, you worked on more modern pieces including a classic silhouette with Converse’s Chuck Taylor. Was it challenging moving away from the ‘90s for inspiration?
I think this collection is about putting the two together. Heritage mixed with modern is prevalent throughout my designs. Technical details but on a classic canvas shoe like the Converse Chuck Taylor. This most recent collection is my favorite collection I have done with Nike thus far. This is the first time Nike has done a full suit, so we are proud of that. This collection just allows me to continue what I love doing — traveling and playing basketball.“It’s the blending of lifestyle and sports.”
It’s pretty Parisian to have a pair of chucks mixed with like mesh basketball shorts and a bucket hat. It’s the blending of lifestyle and sports. That’s always the look for me.
Music and sports have been a big part of your life. This time around we are seeing more references to music. What led to the shift?
There are two elements that put people together in this world. It’s sports and music. You can do so much and send such powerful messages through music. There are also so many healthy messages you can convey through sports. I, myself, am always trying to promote elements that are healthy. Basketball has so much pre and post-game culture tied to it that’s also tied to music as well… and even during the game. Basketball and music will always be interlinked. 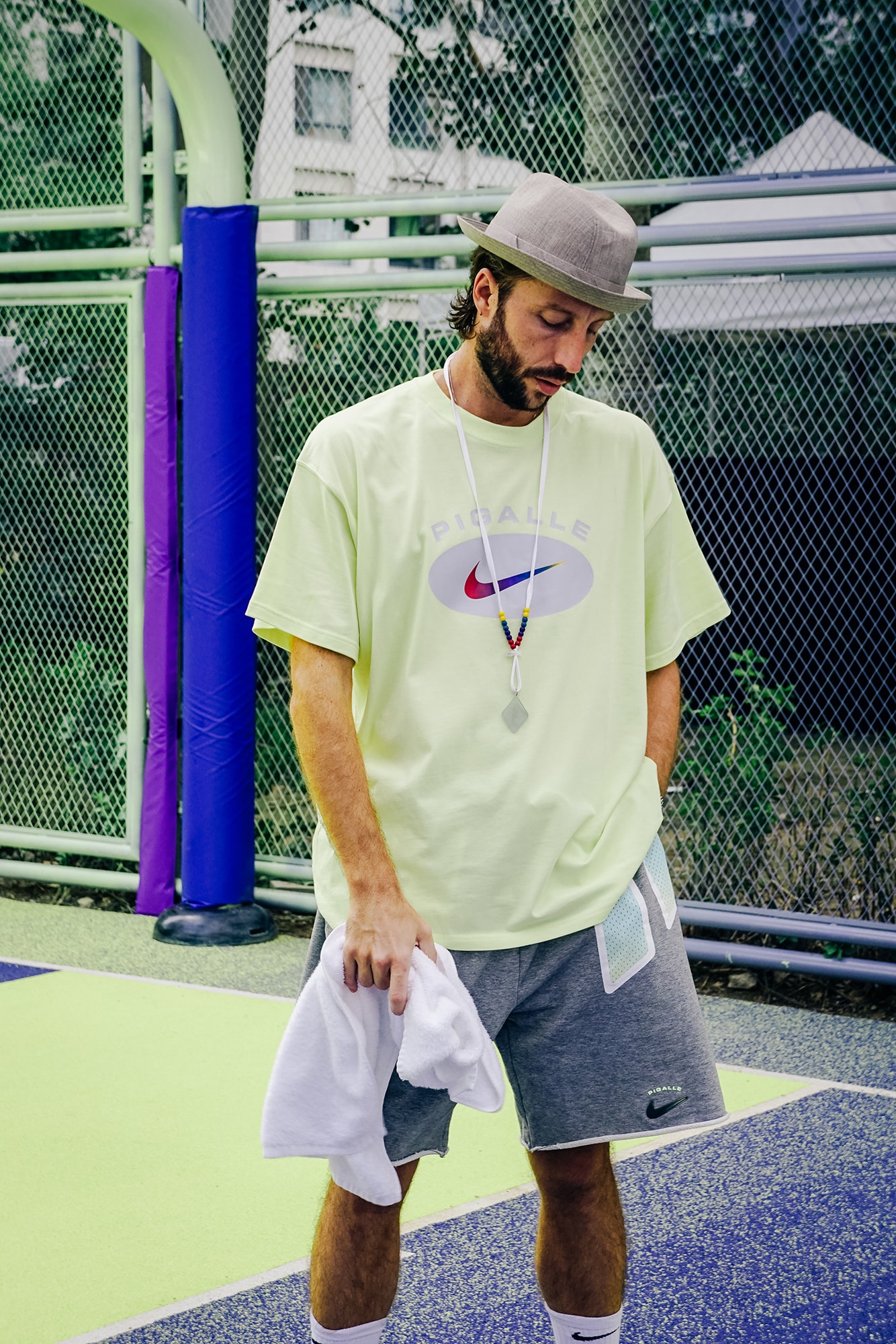 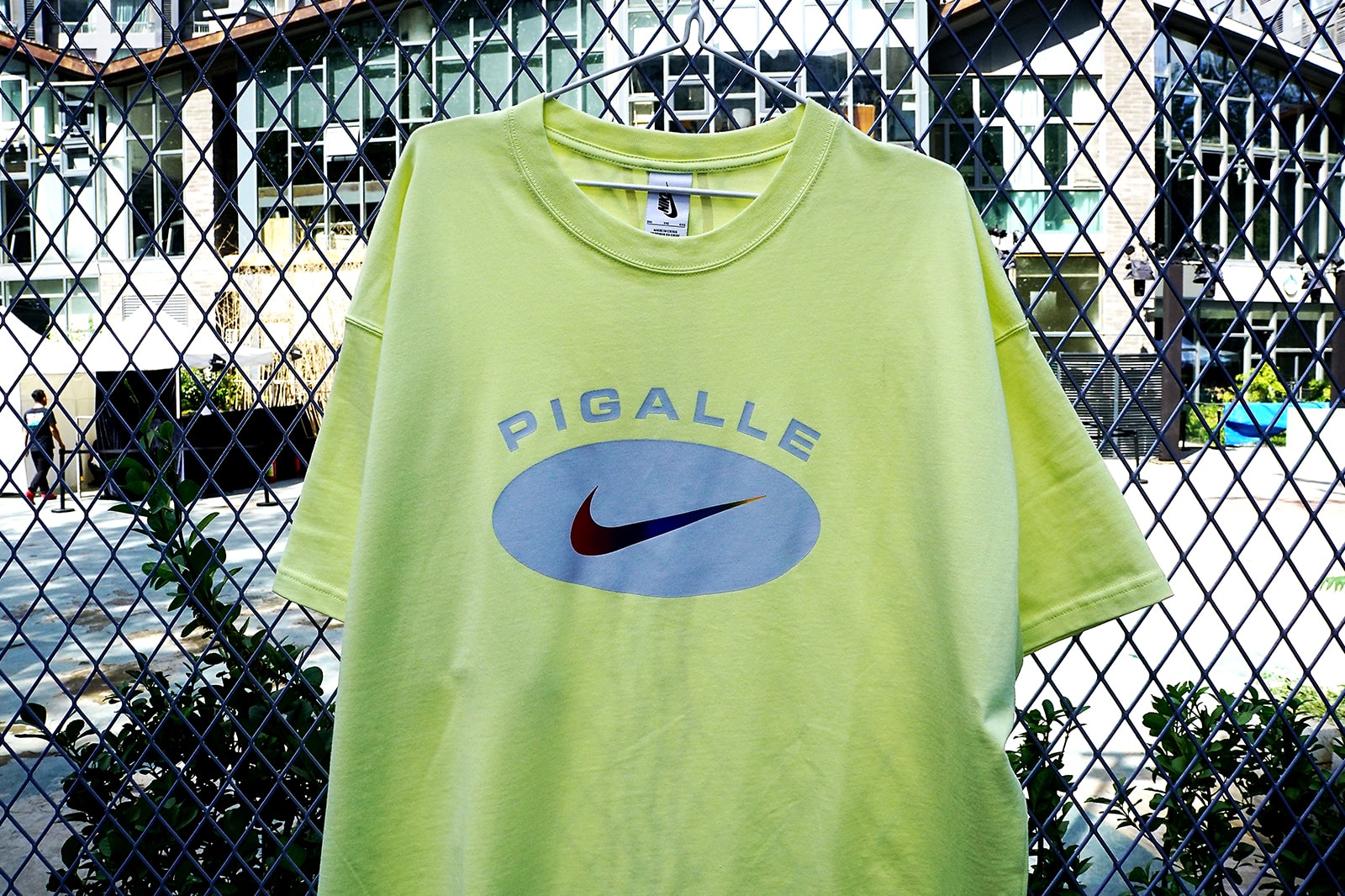 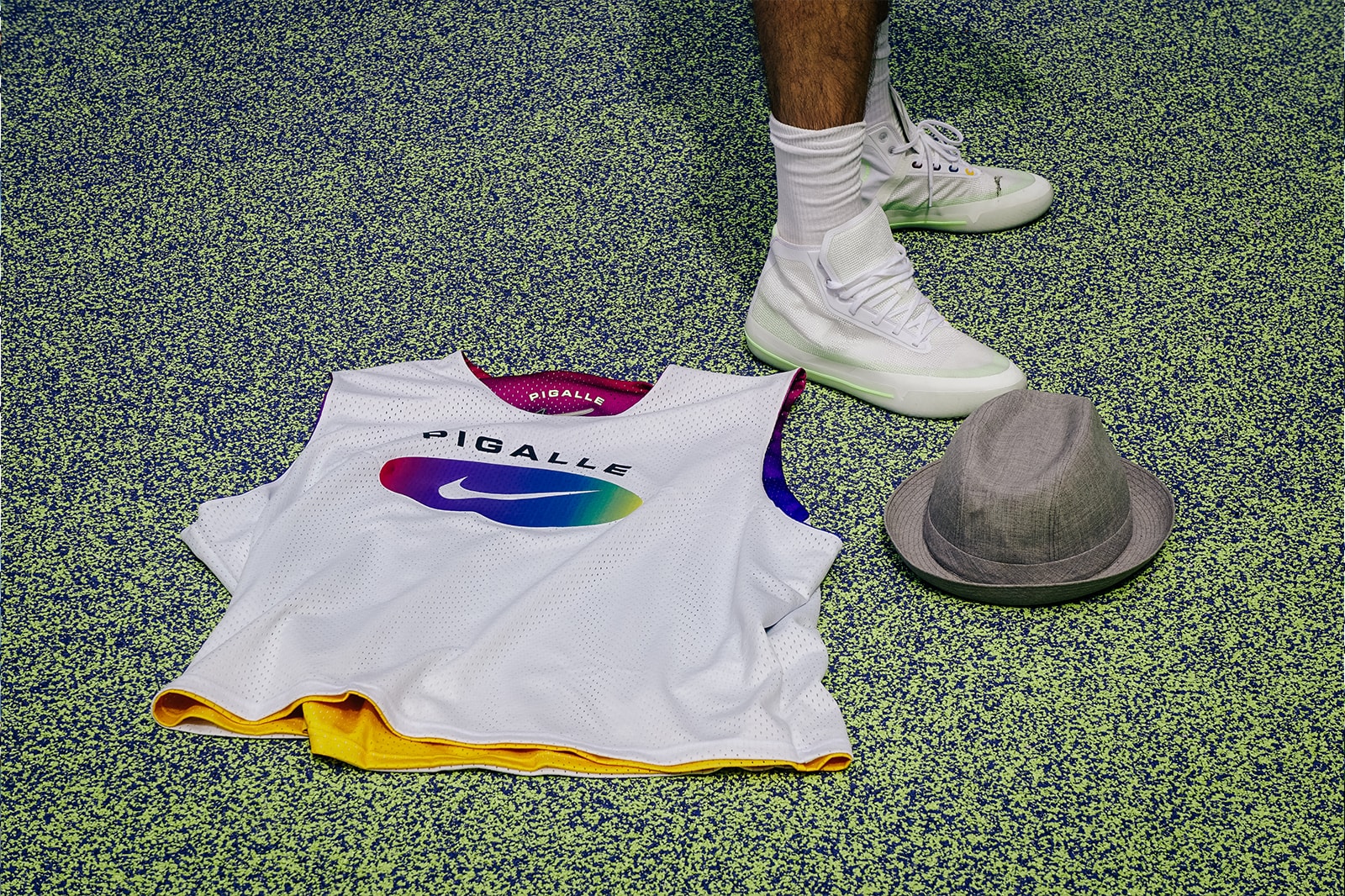 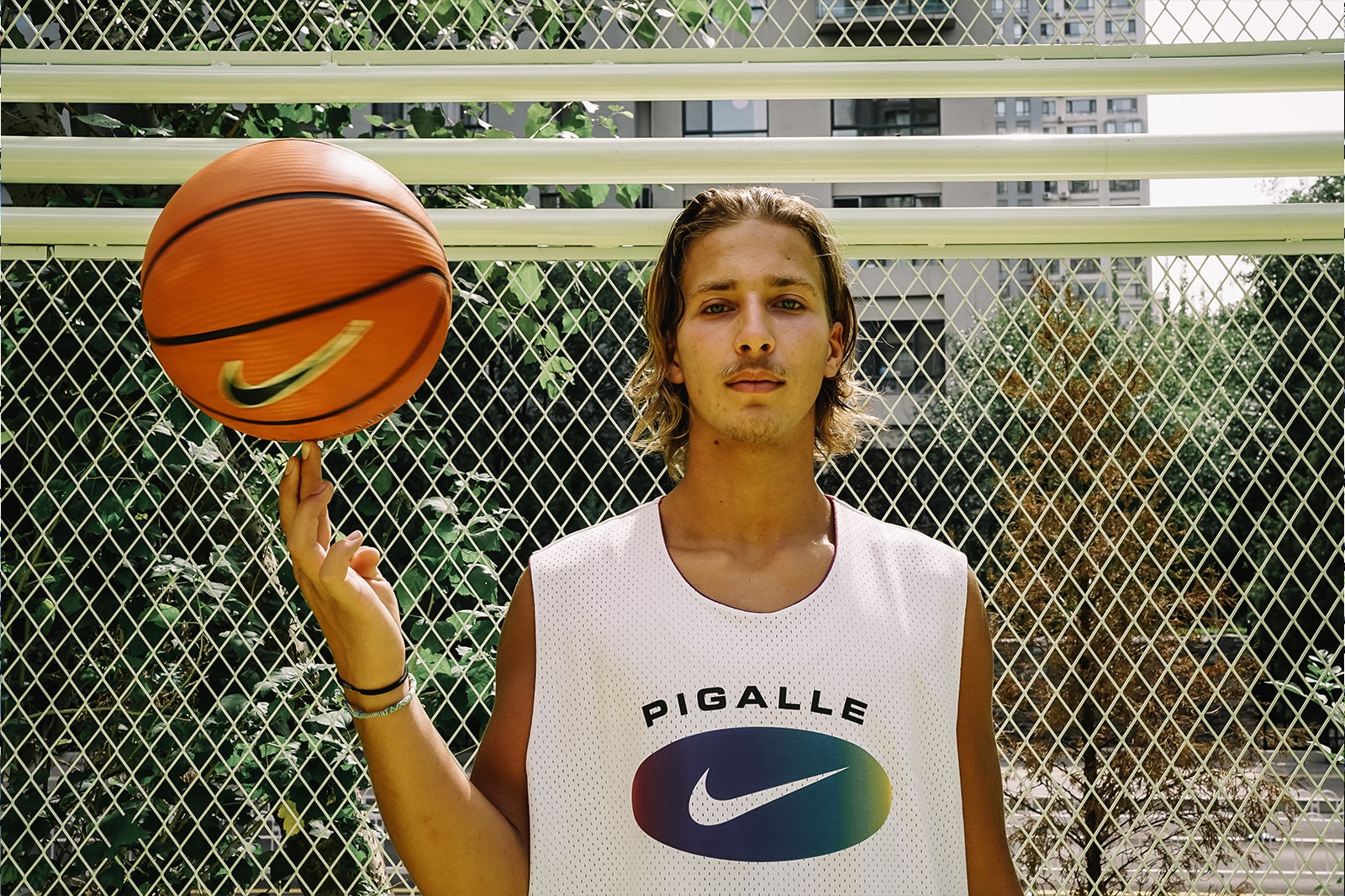 How do you select the players that get to travel with you to represent the Pigalle team?
The team and community around Paris is so big. There are always so many young and talented players around us. The core team I work with is around 30 so it’s always difficult when we have to choose who comes out to promote our team. Some of our members literally live across from the Pigalle subway station. I’ve known some of these kids since they were nine or 10 years old. I was their coach, we are from the same neighborhood, grew together, we have the same passion, we move the same, talk to the same. It’s crazy how one basketball court can do that. We see each other every day. When I say “everyday” I mean “every day.” We live around the court.
I started coaching a lot of these kids purely on the court, but now that they’ve grown, it’s getting difficult to teach them things off the court. I am their friend, but I know that it’s also their time to do their own things. At 15 you can tell them what to do with authority, but at 19 they are transitioning to adults. I have been adjusting my approach this past year. They are wild, but that’s part of growing up.
What’s the future for this court?
This is still an extension of the Pigalle way of life. I am not going to just leave it here without checking up on it. I am hoping the same sort of tight-knit community can be built around this court as it did in Paris. I’ll be back for sure.
Credits