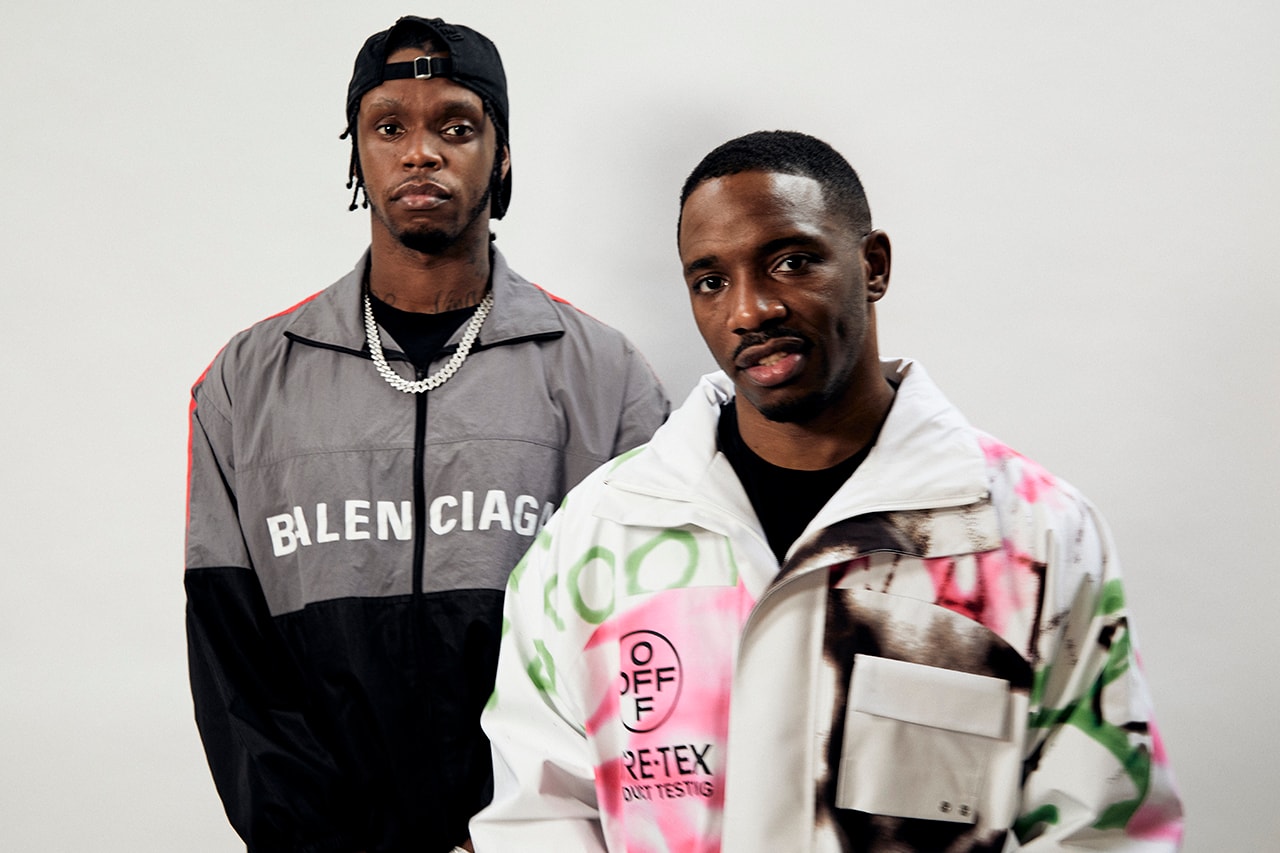 It’s been four years since Krept & Konan released their debut studio album, The Long Way Home. Since then, the duo have been busy. They followed up that album with two record-breaking mixtapes — 7 Days and 7 Nights were released in 2017, making them the first act to ever have two mixtapes simultaneously enter the UK album chart in the top 10.

In 2018 they opened their own restaurant, the dessert spot Crepes and Cones, while this year saw them front The Rap Game UK TV program. Away from that, their ongoing commitment to charity work is shown through the Positive Direction Foundation — which is described as “an after school program to engage, encourage and inspire creativity in young people” — and they’ve used their platform to shine a light on the negative side-effects of the moral panic-led crackdown on drill music.

“As an artist you’re constantly under scrutiny, it does affect your mental health”

Their “Ban Drill” campaign from earlier this year featured a new track, short film and a petition calling for the police to stop criminalizing drill rappers, which eventually saw Krept & Konan invited to speak about the issue in the UK’s Houses of Parliament.

Now the pair are back with Revenge Is Sweet, their second studio album, which was released last week Friday. The project is packed with features — from Stormzy and WizKid to Headie One and K-Trap — and tackles a number of hard-hitting topics. The title is a reference to a Frank Sinatra quote (“the best revenge is massive success”) and speaks to the pair’s current mindset following years of online abuse, and what they feel is a lack of appreciation for their work. “We just needed to vent, and talk about the stuff we’re going through and the journey we’ve been on,” explains Konan. “You feel like you should get recognition. We’re not doing it for that, but you’d appreciate people recognizing what you’ve added to the culture. Instead of us just going on a rant, we thought why not just put it in the music.” The four years since their debut haven’t always been easy for the duo. At the start of 2019, Krept’s cousin, rapper Cadet, died in a car accident, while the pair’s business partner Nash Chagonda passed away in 2018, just days before the opening of their restaurant.

These events led the artists to use the album to explore a wide ranging discussion on mental health that runs across the album, culminating with “Before It’s Too Late,” an interlude from Ramz, who has been open about his mental health issues and suicidal thoughts.

“You’re comparing an artist rapping about reality to a terrorist? It’s insane, and they’re getting away with doing it.”

Konan is also open about the ways in which recent tragedies and the pressures of the music industry have negatively impacted his mental health. “I don’t necessarily get suicidal thoughts, but I am affected,” he says. “I get anxious, I can’t sleep sometimes. It affects you. You want to be the best of your ability, but sometimes there’s so much noise in your head. It was good that we touched on it.”

As Krept & Konan prepare to release Revenge Is Sweet, HYPEBEAST sat down with the duo to discuss the long and difficult road that led to the project, and the role they continue to play in the community. HYPEBEAST: Mental health is an important theme throughout the album, why was that something you want to touch on?

Konan: We wanted to talk about what we’ve been going through. On the journey of making this album we lost Cadet and we lost our friend Nash making the restaurant. Also, as an artist and you’re online you’re constantly under scrutiny, it does affect your mental health. You’re seeing people say things about you, your label saying they want the album now and wanting it to be successful and having to beat the last thing you did. This is your life, you feed your family this way. It’s a thing, people can be like, “Oh you’re successful, you signed up for this,” but no one signed up to get torn down. We’ve been through a situation, our friends passed away.

Did the scene you came from make it difficult to discuss this?

Konan: Our scene is not a scene where you show your emotions. Everyone is strong, everyone is macho, you don’t show your weakness. But a lot of the time people are suffering when they’re in the house by themselves, people are going through it and the more we talk about it the more other people will talk about it. I feel talking about it is the first step in helping, especially from the backgrounds we’re from. A lot of us are from lower-income backgrounds, and the streets and gangs and we’ve been involved on stuff. These things are traumatic, it weighs on you. A lot of people live with these scars and this trauma and it affects you. Hopefully this is the first step of getting people to talk about it more. What did it mean to you to have a spot from Cadet on the album?

Krept: We knew we wanted Cadet on the album, after the passing we needed him on the album. Obviously he can’t do a verse for us, so it was just about finding a song and finding something that we knew would match. I knew someone must have the right Cadet bars, because he has so much unreleased music. We found some and it just worked, it gave the same venom, you would think that we all made this together in the studio. It worked perfectly.

Revenge Is Sweet comes four years after your last studio album. What’s changed in that time?

Krept: We’ve changed in terms of the things we’re thinking about and where we are at in our lives in comparison to then. We’re thinking about the next 10 years, setting things up and being in a position to keep going. Our whole mentality has changed. We’ve just grown and matured as people and our perspectives have changed. Also, the whole scene has grown and blown up massively. Its made it easier to make an album because you don’t have to overthink as much, you can really do what you want.

You’ve also set up the Positive Direction Foundation, why is that important to you?

Krept: The idea came from when we were younger. We had youth clubs that helped distract us from being on the streets and being on the roads. After school we’d go to these youth clubs and MC, play pool, play table tennis. We realized the impact that it had because it did take us off the streets, literally. Then they closed them all down and we had nowhere to go, which left us to just hang around on the streets and getting in trouble caught up doing silly things. We wanted to create something that was after school where the guys can learn new things because we realised how important it was for us. We teach them how to do music engineering, songwriting, graphic design, production. Why did you launch the “Ban Drill” campaign earlier this year?

Konan: A situation happened with some artists where they tried to ban them from doing music and arrest them. We come from the same background, we come from that place and we’ve made it to this position and the music is the boat that took us here. We can’t just watch them ban someone else’s boat from getting them here. The music is the boat that’s going to get you out of that situation to help your family and your friends and yourself. We can’t stand there and watch these people not know what it takes to even get out of these situations and let them stop it and block people from reaching their full potential. We’ve got to step in and make them see a different angle and a different perspective.

Krept: And it’s always urban music. If they were banning everything they thought was the reason for any sort of violence or crimes then cool, we’d have nothing to say. But why is it always urban music only that gets targeted? Before it was Form 696, now it’s this act that is comparing Drill to terrorists and traffickers. You’re comparing an artist rapping about reality to a terrorist and a trafficker? It’s insane, and they’re getting away with doing it. How did it feel to be asked to speak in parliament about it?

Konan: That was surprising. We’ve got our experience and that’s where we’re talking from, but I don’t know if I’ve got all of the answers and it’s like they’ve put us on the pedestal. Everybody was just talking about their experiences and how we can move forward, just trying to find a solution. It was a good meeting to have, we should consistently have that kind of talk about these subjects and try and find a solution as a community and as people from different situations.