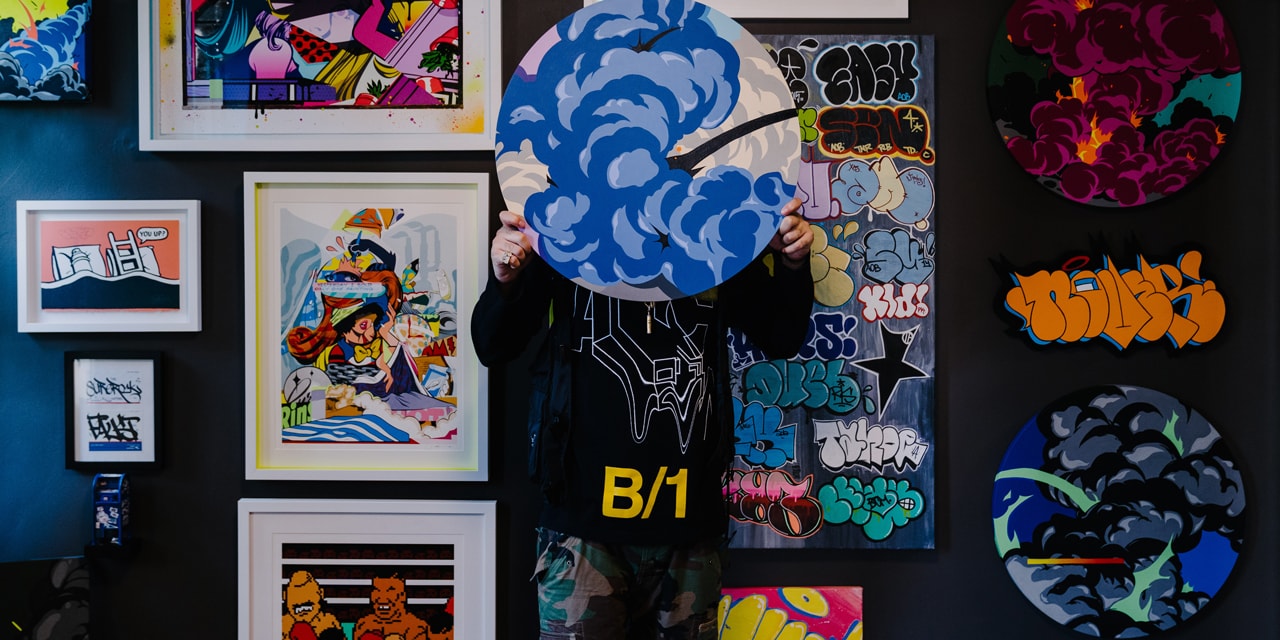 South Bronx-born artist NOVER says his color palette choice and sharp letterforms separate him from other graffiti writers out there. Standing over six feet and dressed in a dark ensemble of streetwear garments including an ACRONYM vest and a pair of Off-White™ x Air Jordan 1s, the anonymous artist has garnered plenty of fanfare over his detailed sketchbook illustrations of Marvel and D.C. superheroes. This is no wonder why the artist has a hard time replying to private requests on his Instagram account with over 30k+ followers. “To tell you the truth, I don’t know how I do it. I can say it’s a lot of sleepless nights,” he says of handling commissioned projects.

NOVER is at a point in his career where he’s starting to create acrylic on canvas pieces for fine art galleries. When he’s not working 50+ hours a week at his nine-to-five job, he’s moonlighting as a commissioned artist while also creating upscaled artworks using his signature ‘Explosion’ motifs. “I wish I had more time to pump out work but as long as I keep my fanbase interested by posting something new whether it’s graffiti or other works, I’m fine with that.”

We sat down with NOVER in his New Jersey studio to discuss his creative outlets, favorite artists, and upcoming exhibitions. Read the full interview below. 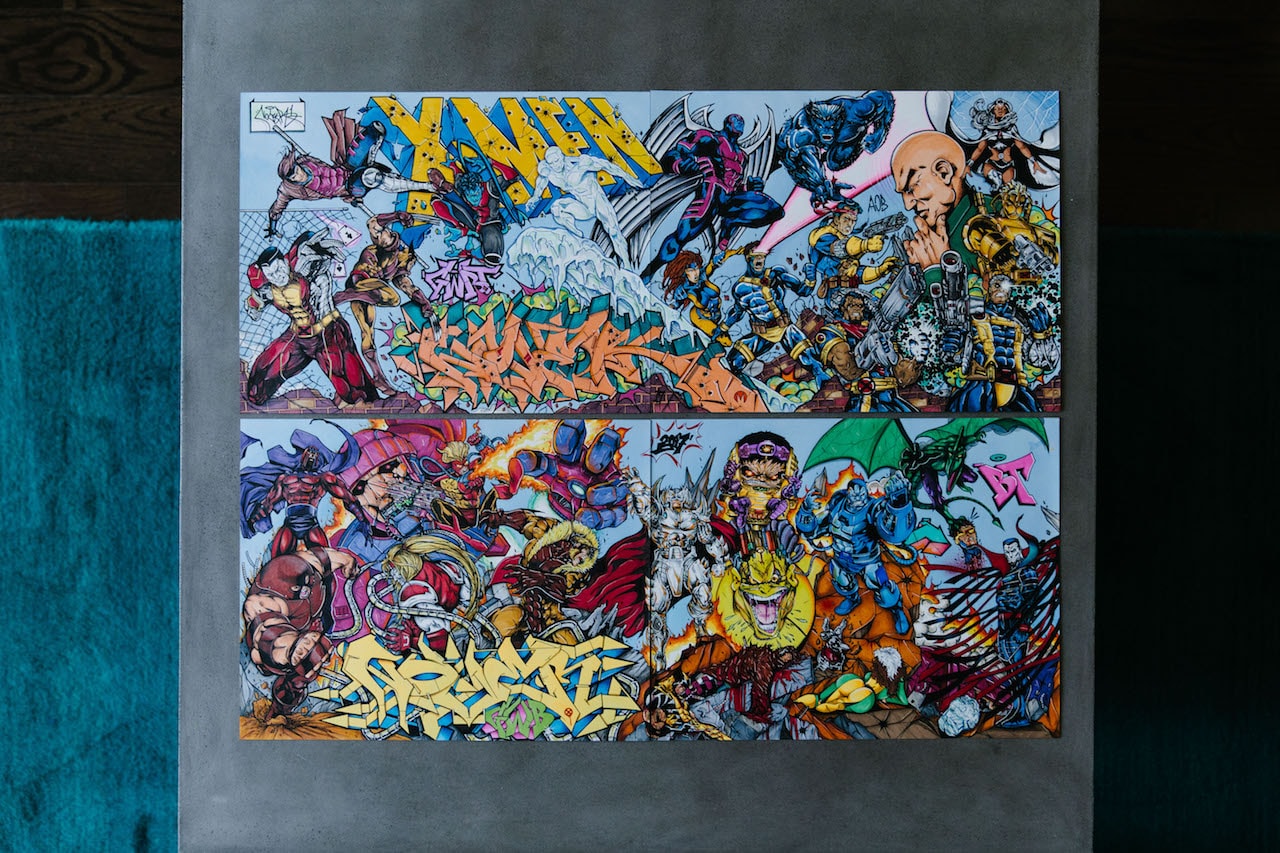 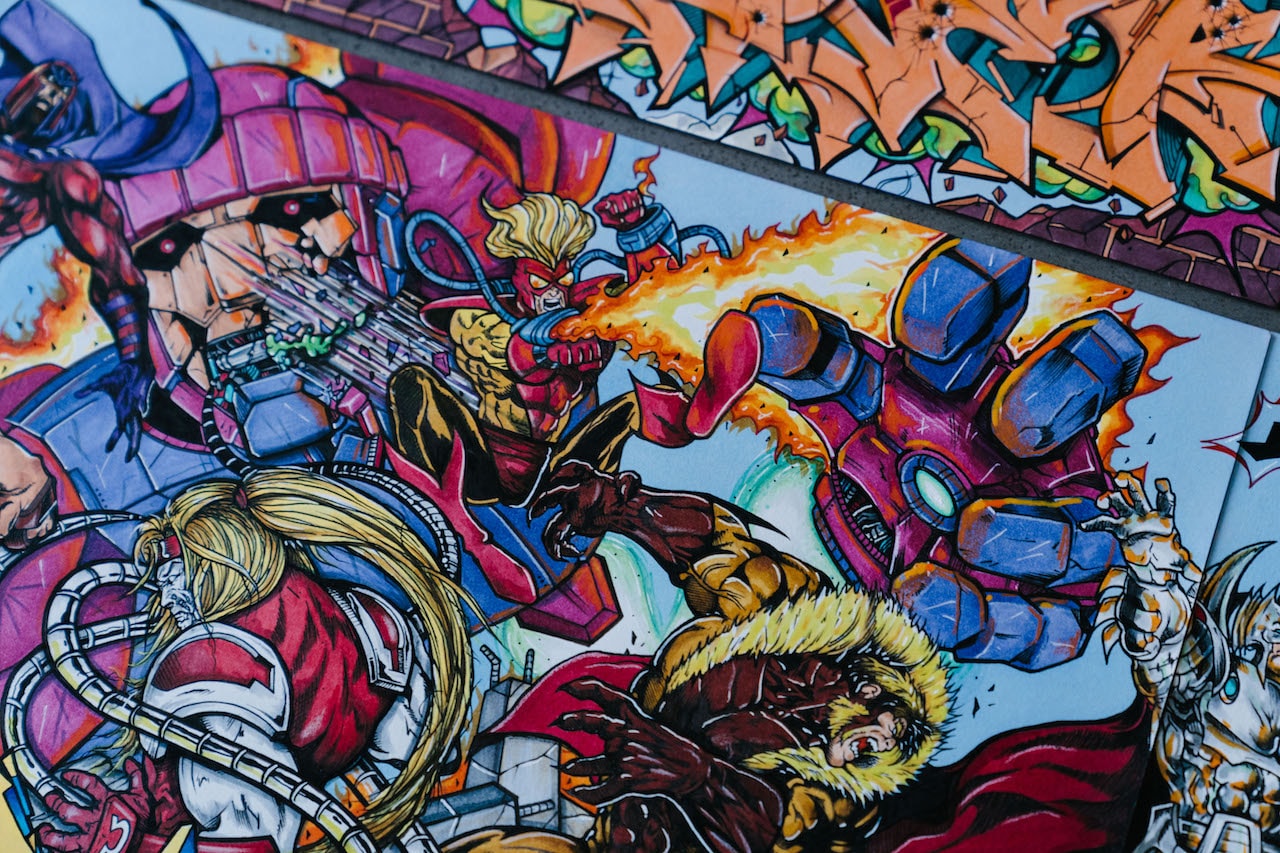 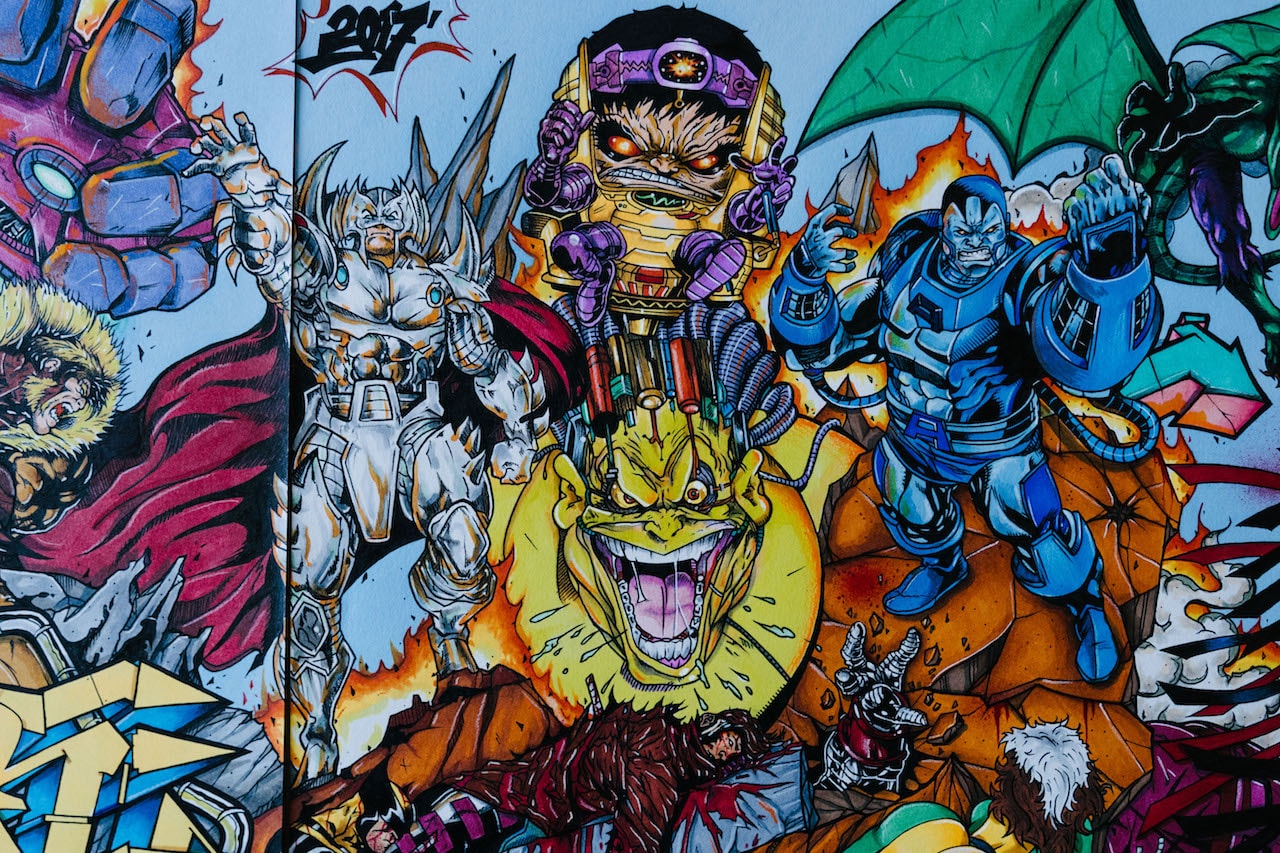 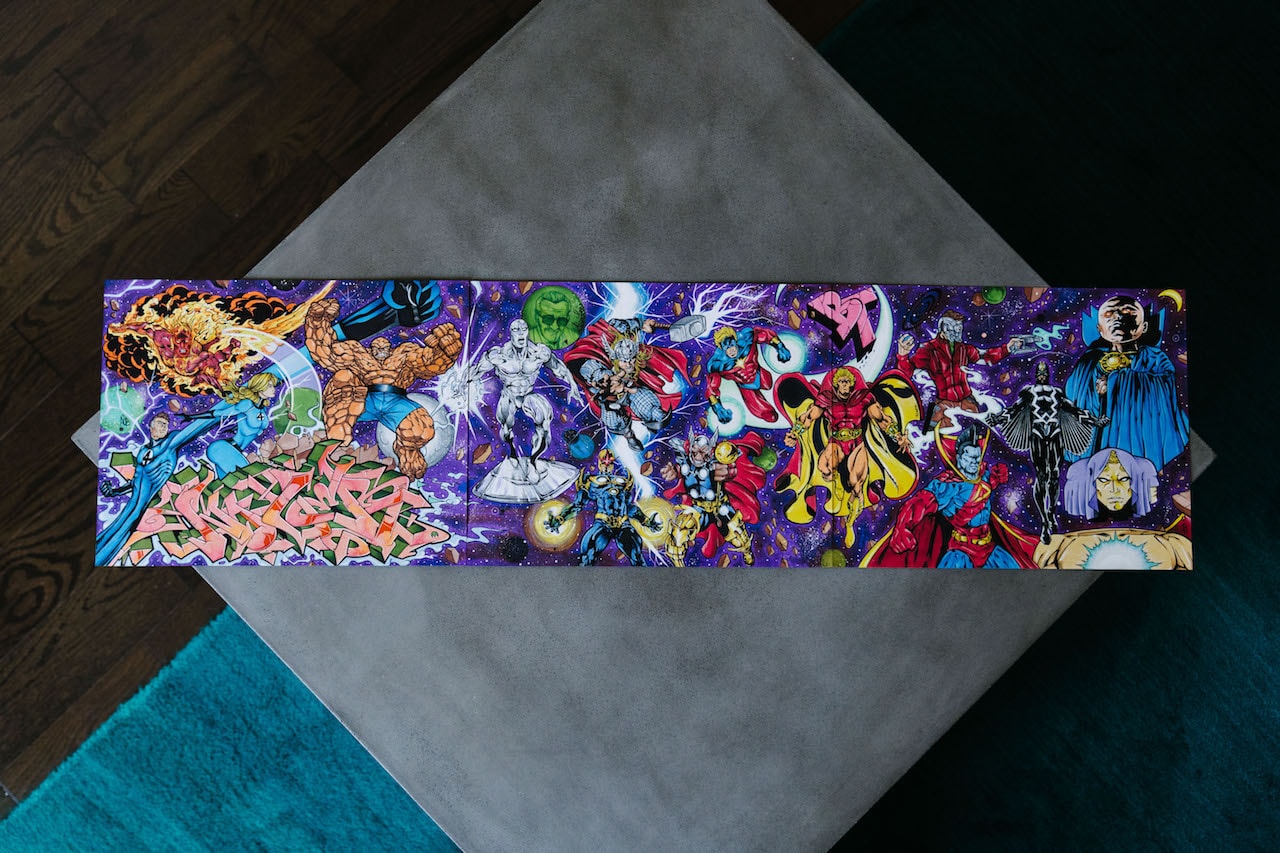 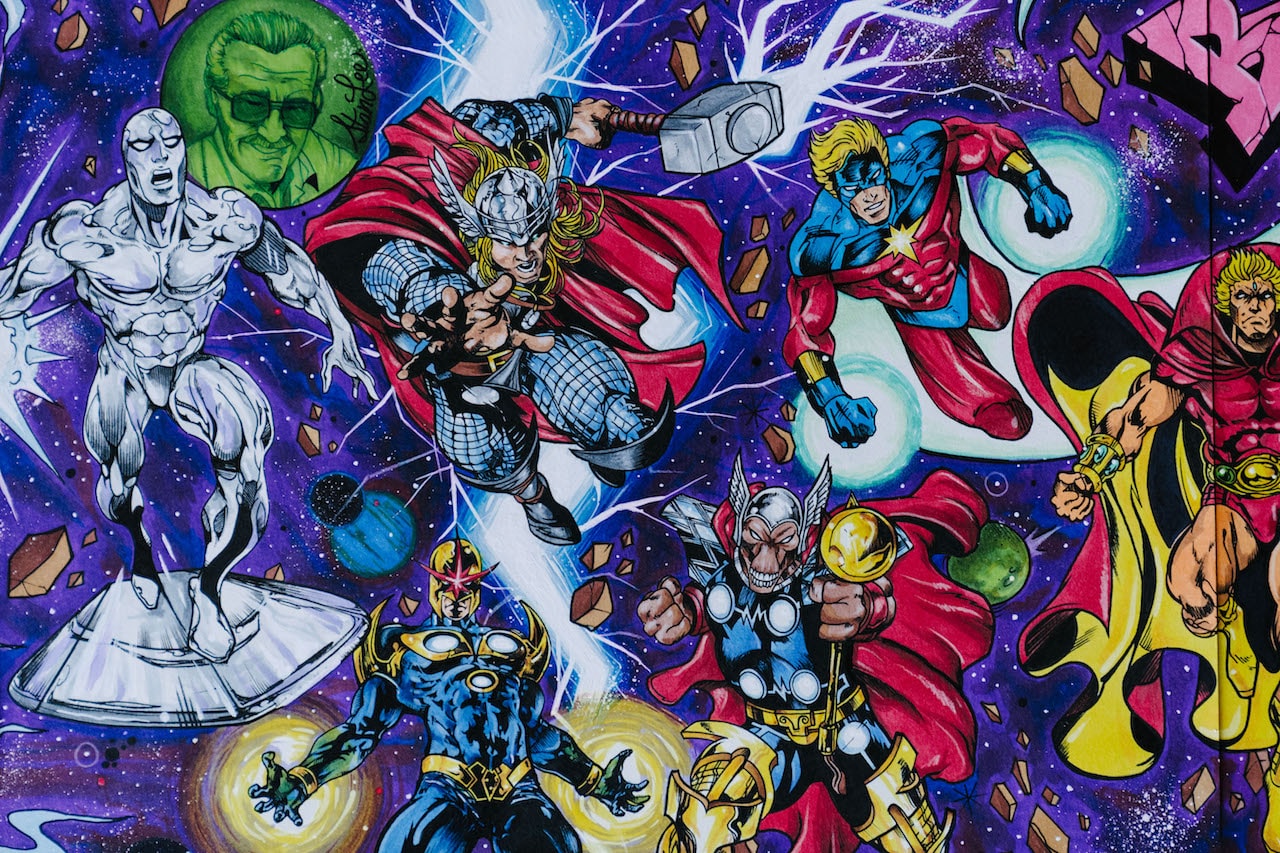 “Out there you see graffiti writers who have good wild styles but no handstyle or some who have good characters but their letters suck.”

HYPEBEAST: How did you get the name NOVER?

NOVER: I always liked the letters NOVA from the Marvel comic book character. I spell it N-O-V-E-R because it was similar and unique to me.

Tell us about the first time you got involved in graffiti. What made you decide to be a part of this underground art movement?

Being from the South Bronx, that’s where most of the best graffiti was. Crews like Tats Cru, TMT, BT, FX, etc. seeing their work and murals all around The Bronx made me interested in graffiti.

How does your style differentiate from other graffiti artists out there? How has your style evolved over time?

I feel like I have a traditional wildstyle that you would see in the Bronx but what separates me from others is that I am an artist first so I always practice handstyles, throwies, 3D, and characters. I try to keep my work uniform. Most graffiti writers will stick with one style but I try to always evolve and continue to do everything I have. Out there you see graffiti writers who have good wild styles but no handstyle or some who have good characters but their letters suck. 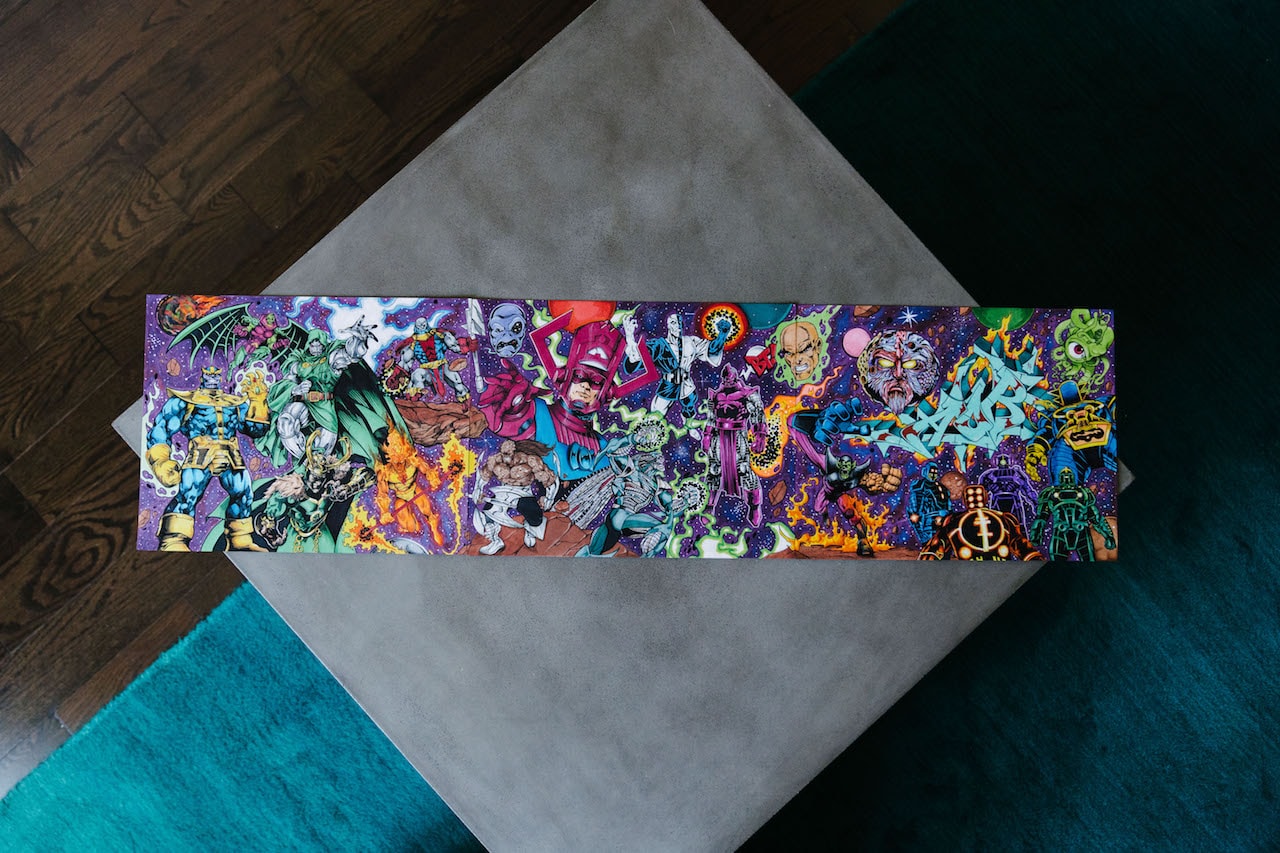 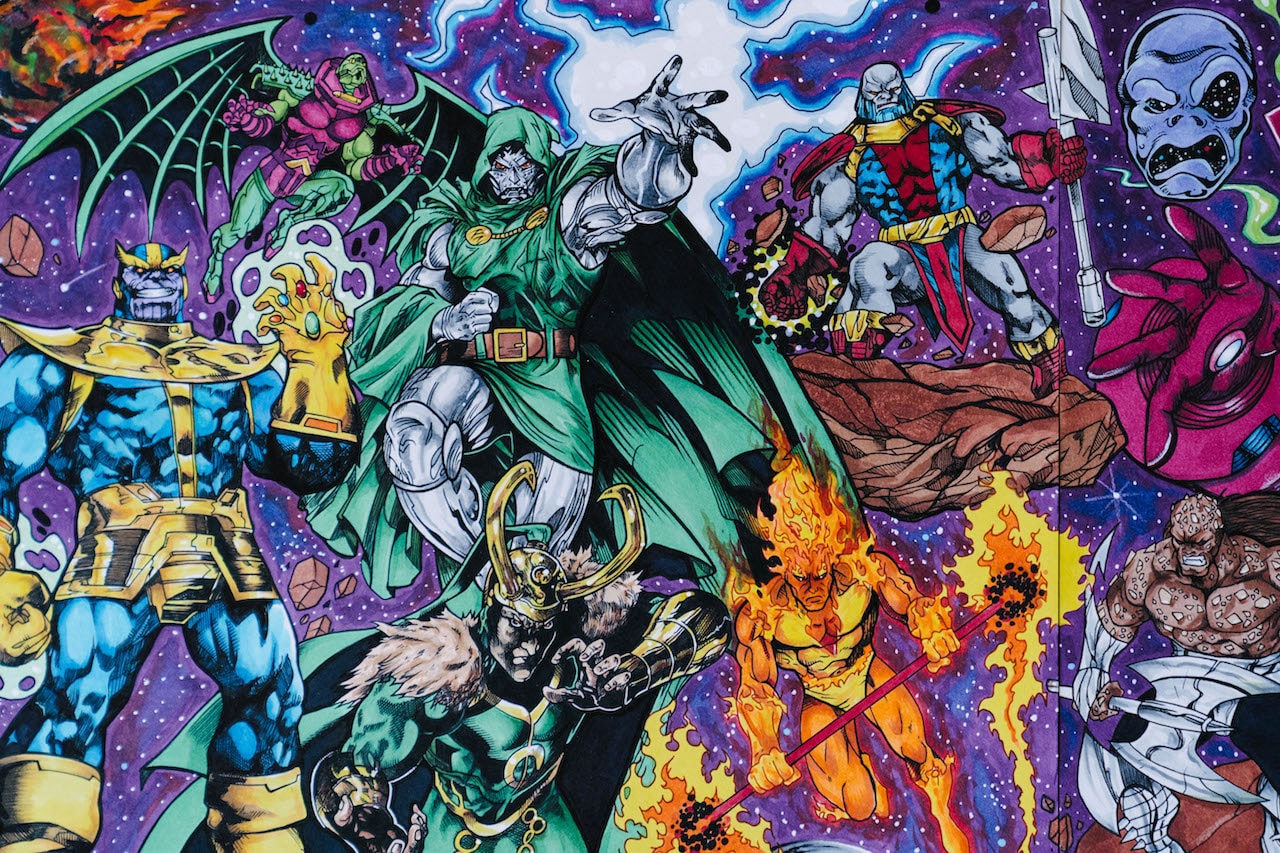 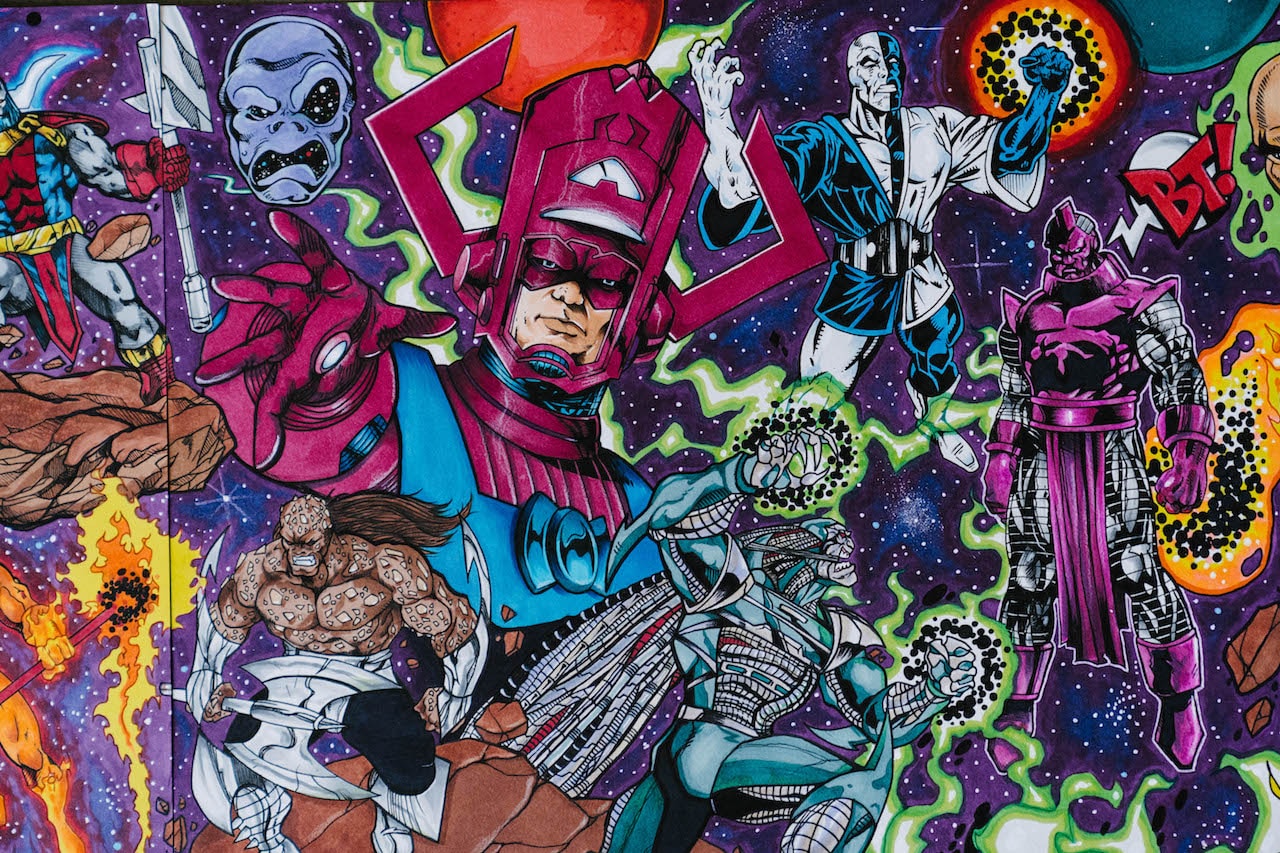 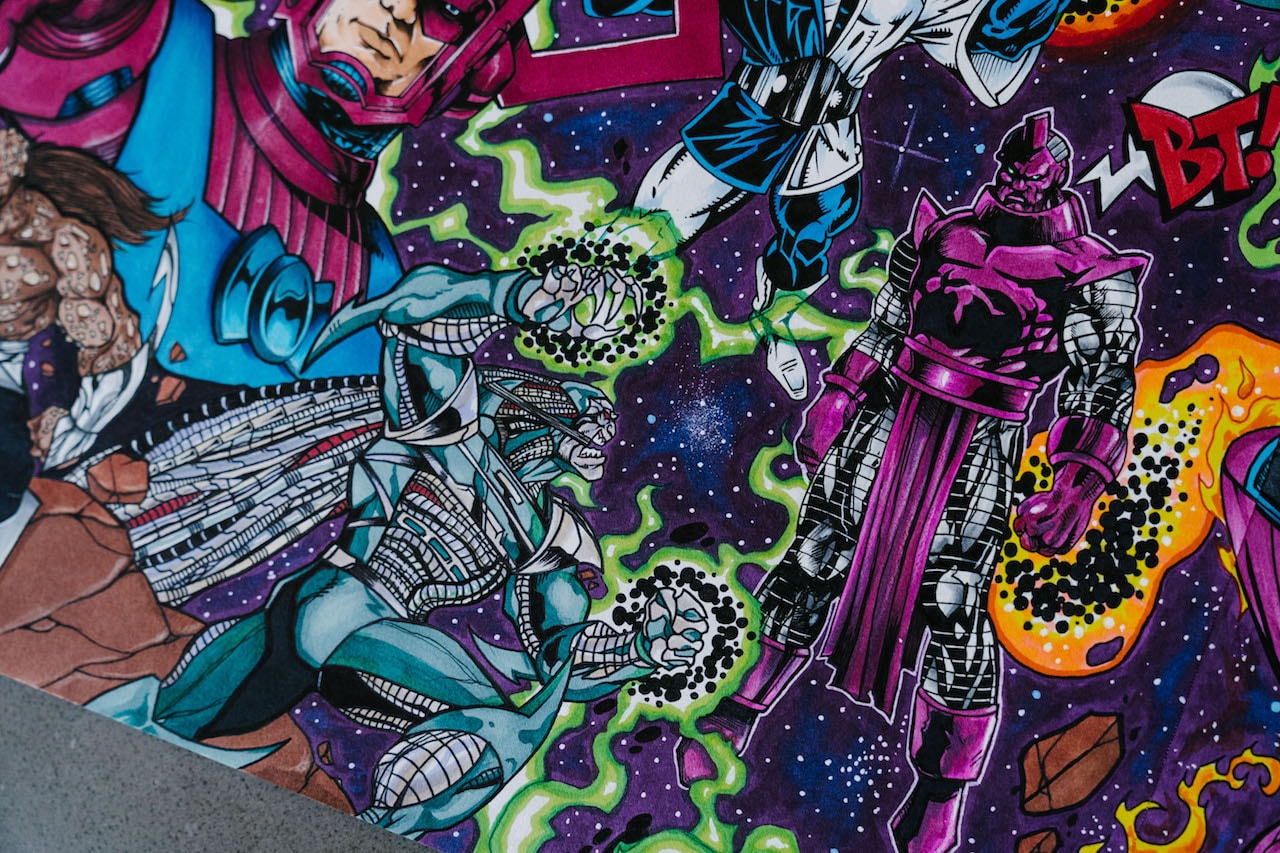 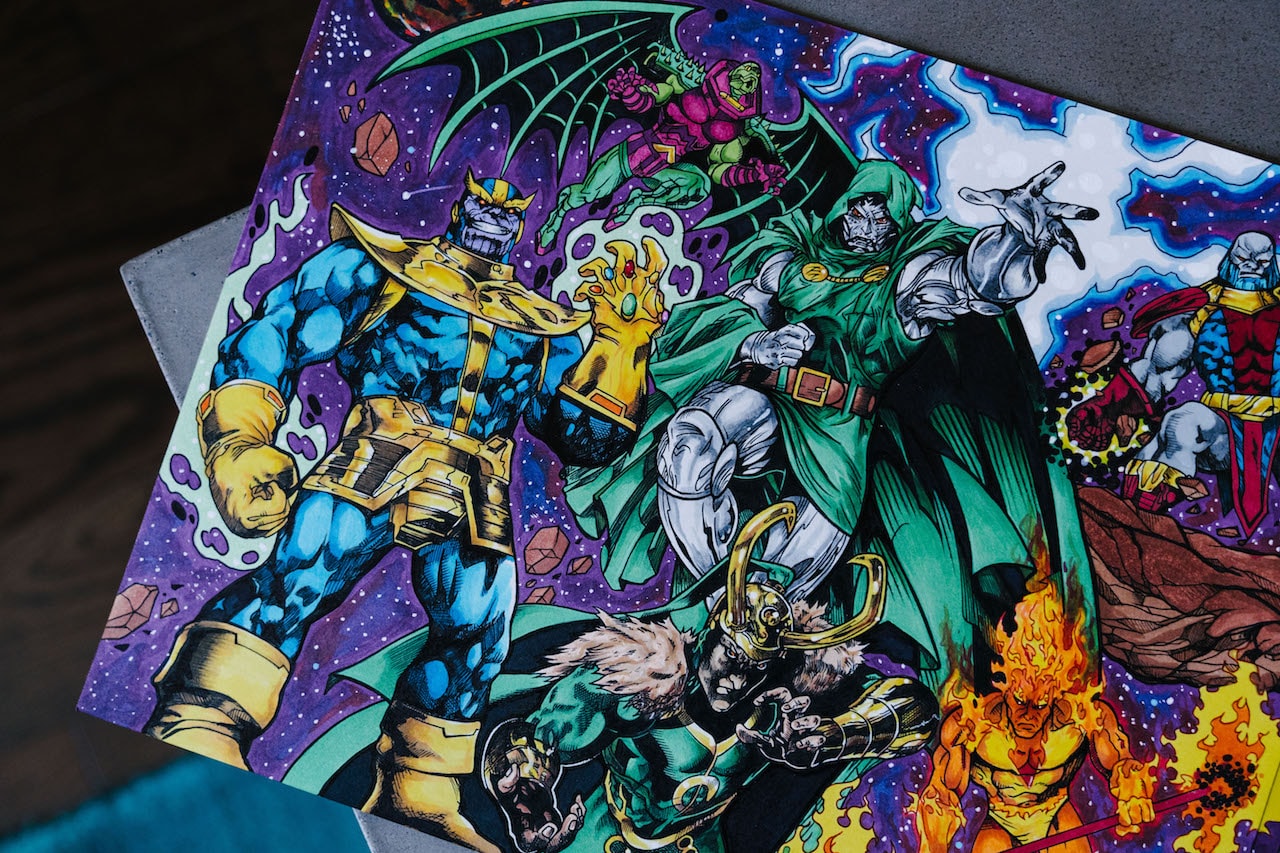 “The biggest challenge was to learn how to take something you did on paper and put it on the wall.”

Tell us about some of the major influences behind your work. Who are some artists that you admire and why?

If I had to pick a top 5 it would be Totem2, CES, MEK, DAIM, and Case2 (rest in peace). These artists are ahead of their time. To this day Totem2 is one of my favorites because of his 3D style, wildstyle, and characters. I’m also a big fan of KAWS, his graffiti, and what he’s doing now in galleries. It inspires me to see the bigger picture outside of Graffiti. I’m also heavily influenced by Todd McFarlane & Jim Lee. Todd always had a way to make characters look like they are in motion & exciting to look at. I feel this is why I got into letters and graffiti because the letters always look like they are in motion.

You’re well-recognized for your black book illustrations, especially your drawings of Marvel superheroes, Star Wars, and other iconic subjects from pop culture mixed with wildstyle letterforms. What sparked your fascination to draw these characters?

When it comes to characters it’s all about the way they look: the details, their powers and color schemes. Before you know the character’s story it had to catch your eye so the artist who is drawing them plays a big part of that. For instance, when you first saw an old-school Spiderman comic it wasn’t as eye-catching as when you have seen Todd McFarlane do them. He gave so much action by drawing them with detail and more Movement, you seen comics with Spider-Man’s feet pass his Head when he was jumping from somewhere, down to The hand gestures. With that said I always knew if I’m going to mix things up I had to make it look uniform and impactful to my liking. 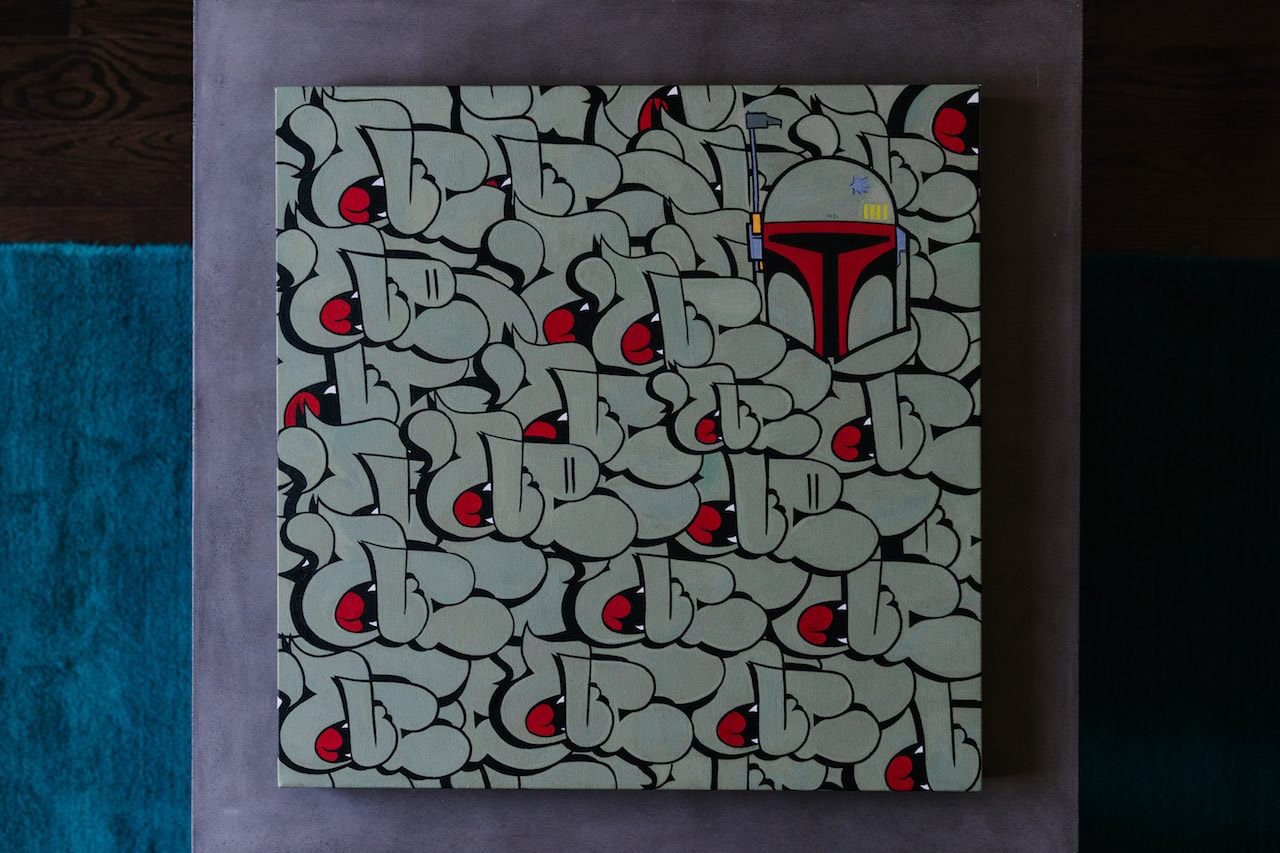 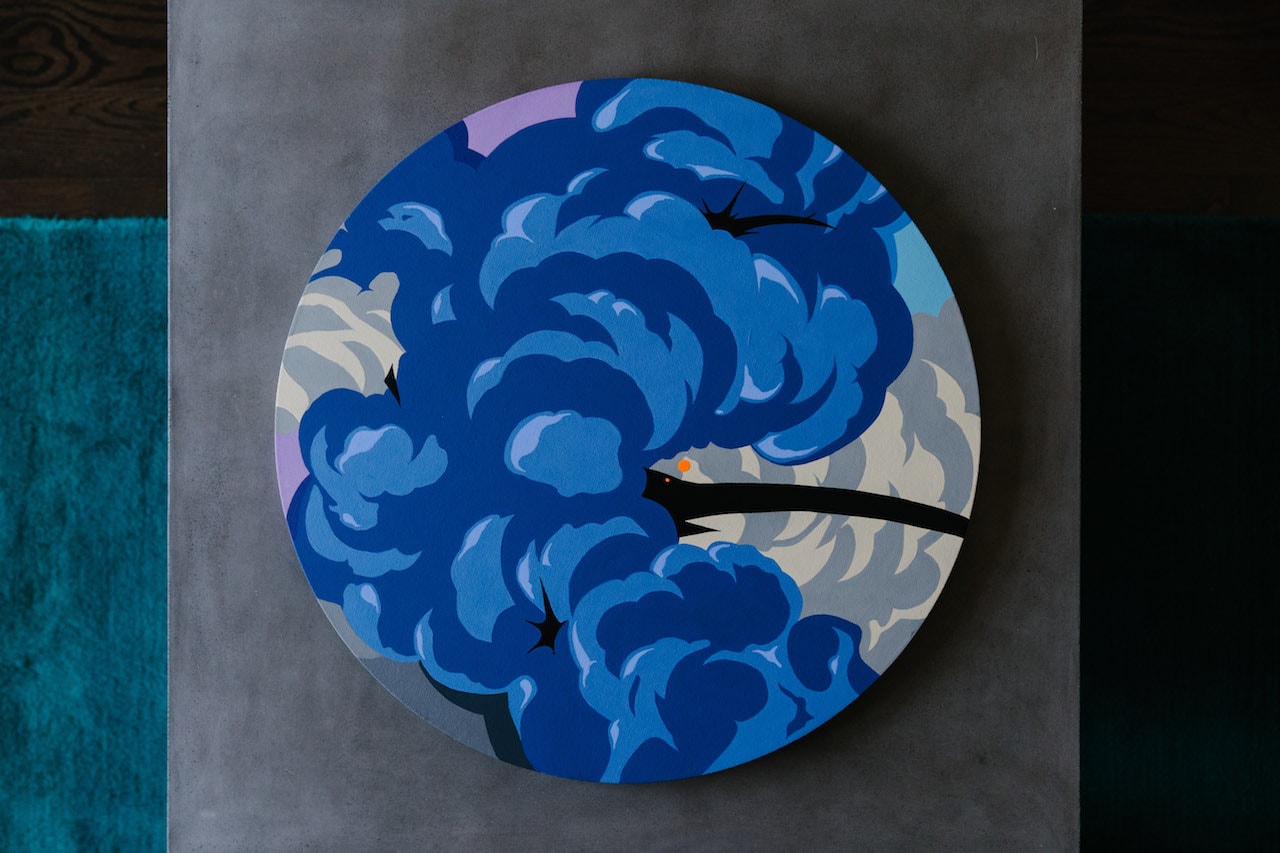 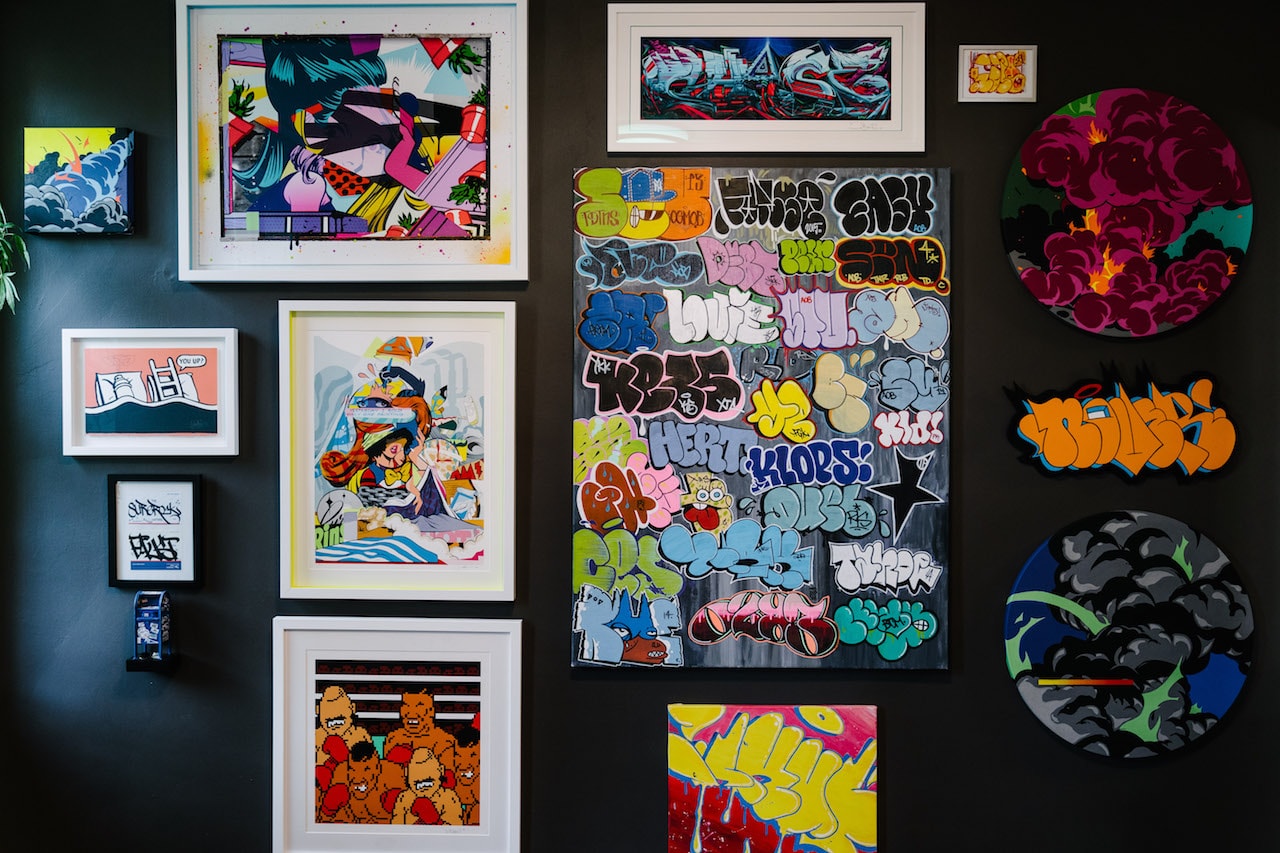 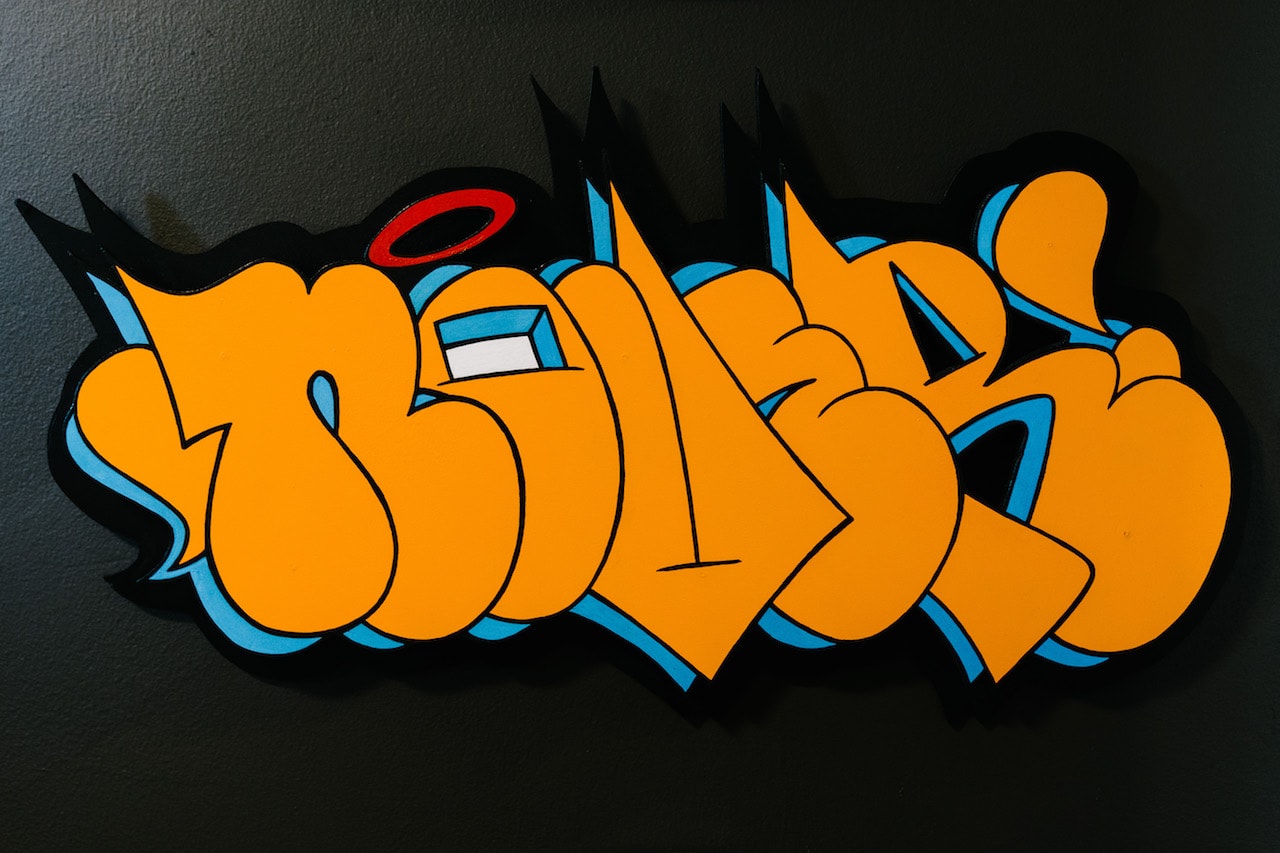 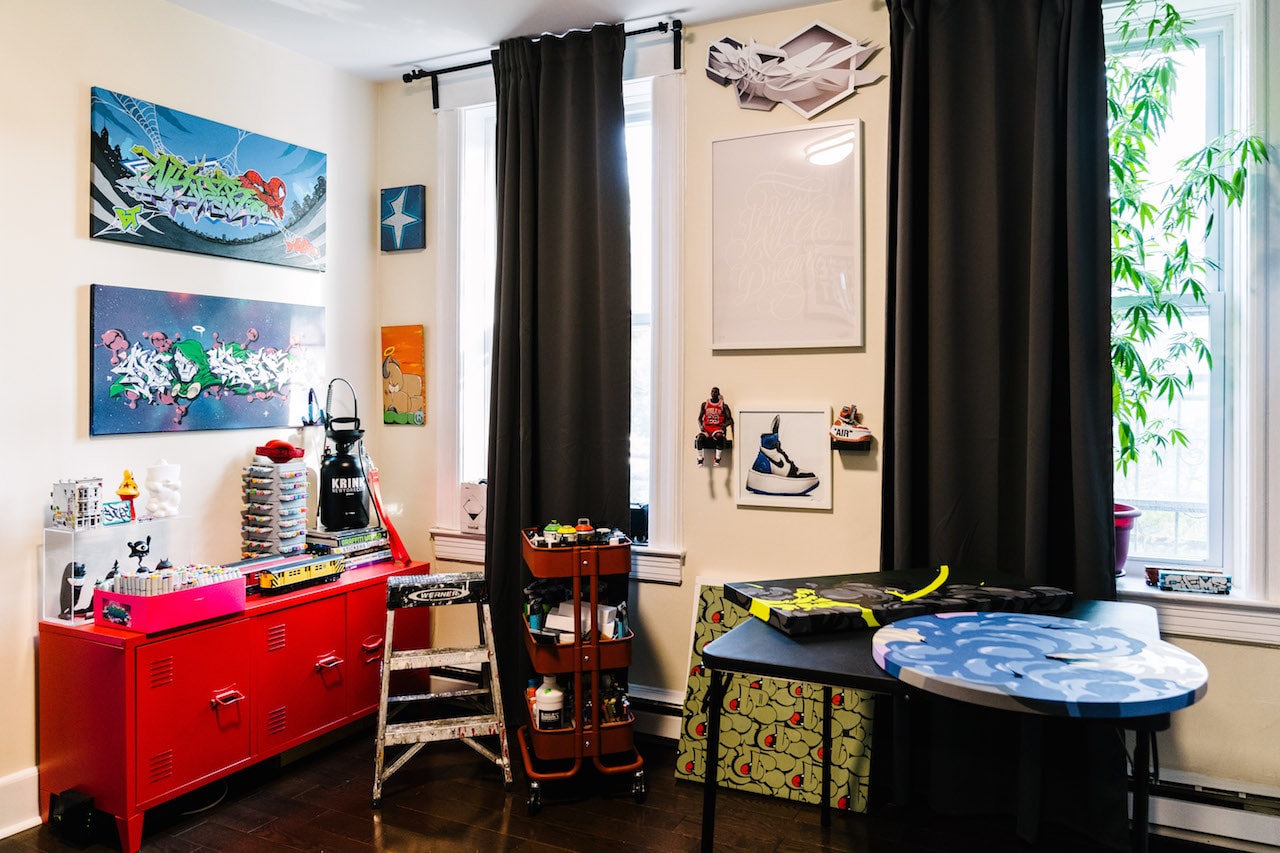 “Nowadays it’s harder to collect things you like because of all the reselling that’s going on.”

When did you start painting walls? What sort of challenges did you encounter when painting your first mural?

Well when it comes to graffiti there is so many forms to it. When I first began, I was young just catching tags and bubble letters, what we call throwies. You start from there then you Learn Can control and how far to keep the spray can from the wall when doing your letters but when it comes to murals I’ll say I started around 2011. The biggest challenge was to learn how to take something you did on paper and put it on the wall. The scale difference is super hard at first to proportion things, it’s something I struggle with to this day.

Tell us about some of the most coveted pieces that you own. How did you manage to get hold of these works?

Nowadays it’s harder to collect things you like because of all the reselling that’s going on. One, I would say collect what you like/love and don’t go off of trends. Build a relationship with the artist so you can get the first dibs of their work. Two, as an artist I did a lot of trades of my own artwork to acquire pieces that I own. The art collector’s world is somewhat of a small community. I have formed bonds with many who share my hobbies & vision as a collector and an artist. I’m also a big sneaker collector and to get some of my favorite pieces I had to sell some kicks but it was worth it. My favorite canvas I own cost me nothing but it’s worth everything! It’s a canvas with over 30 graffiti writers on it which is very hard to do in NYC. I also really like 3 KAWS prints I own from his Ups and Downs portfolio. 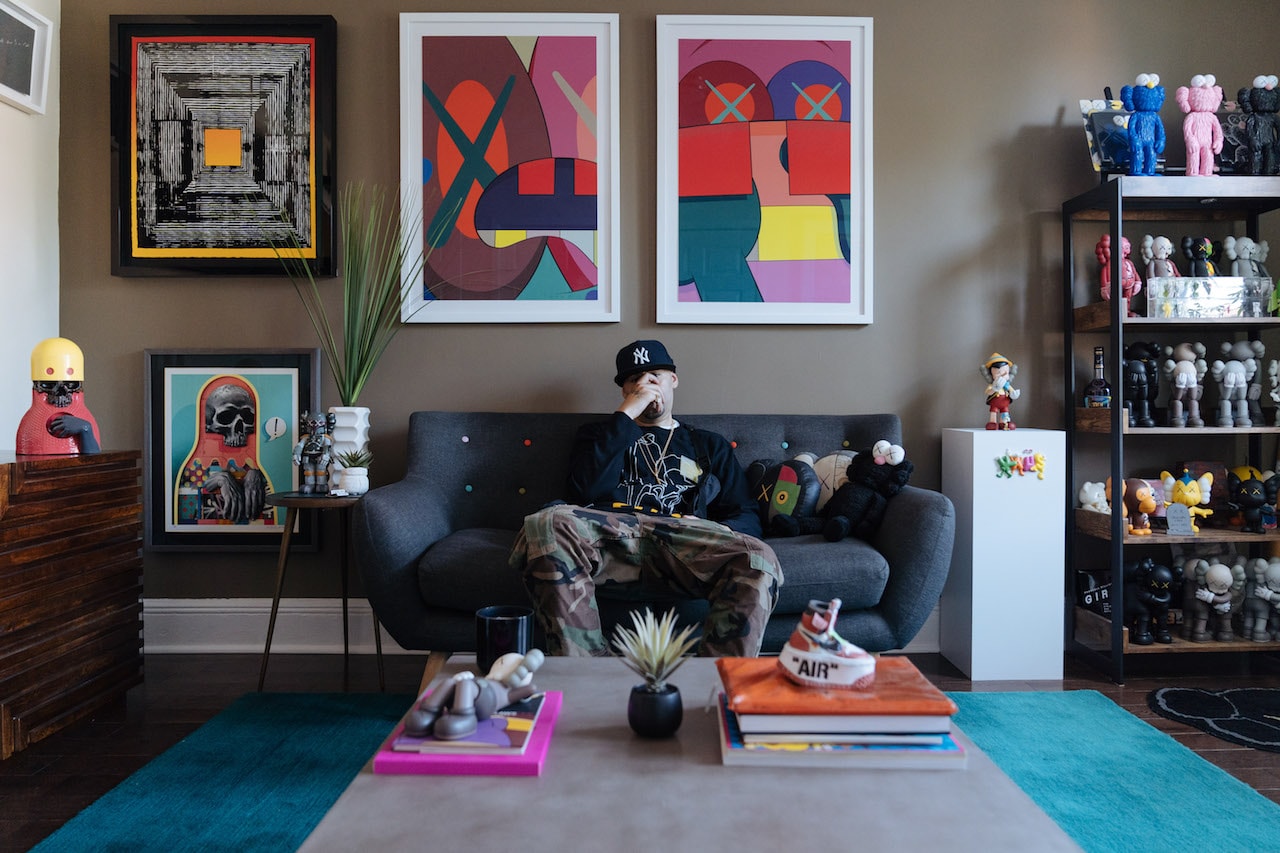 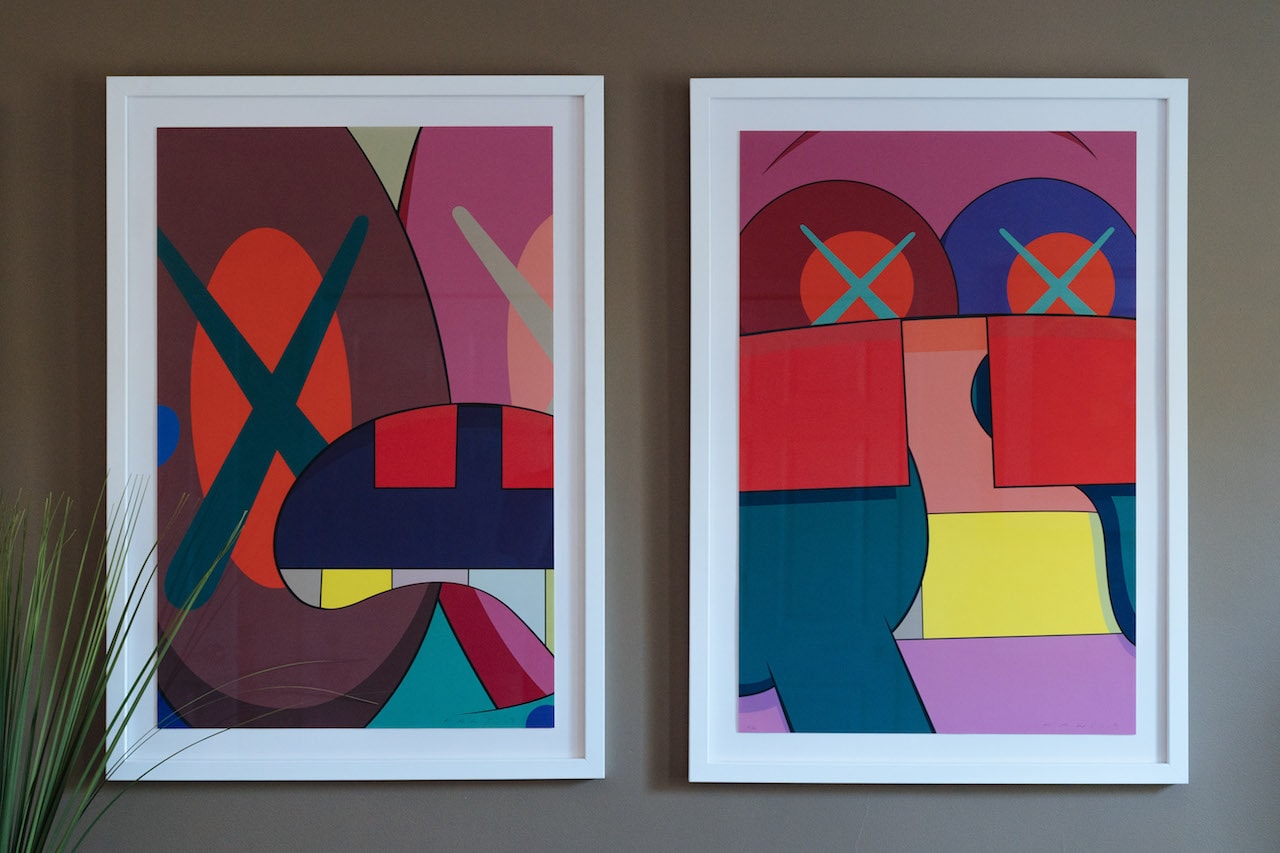 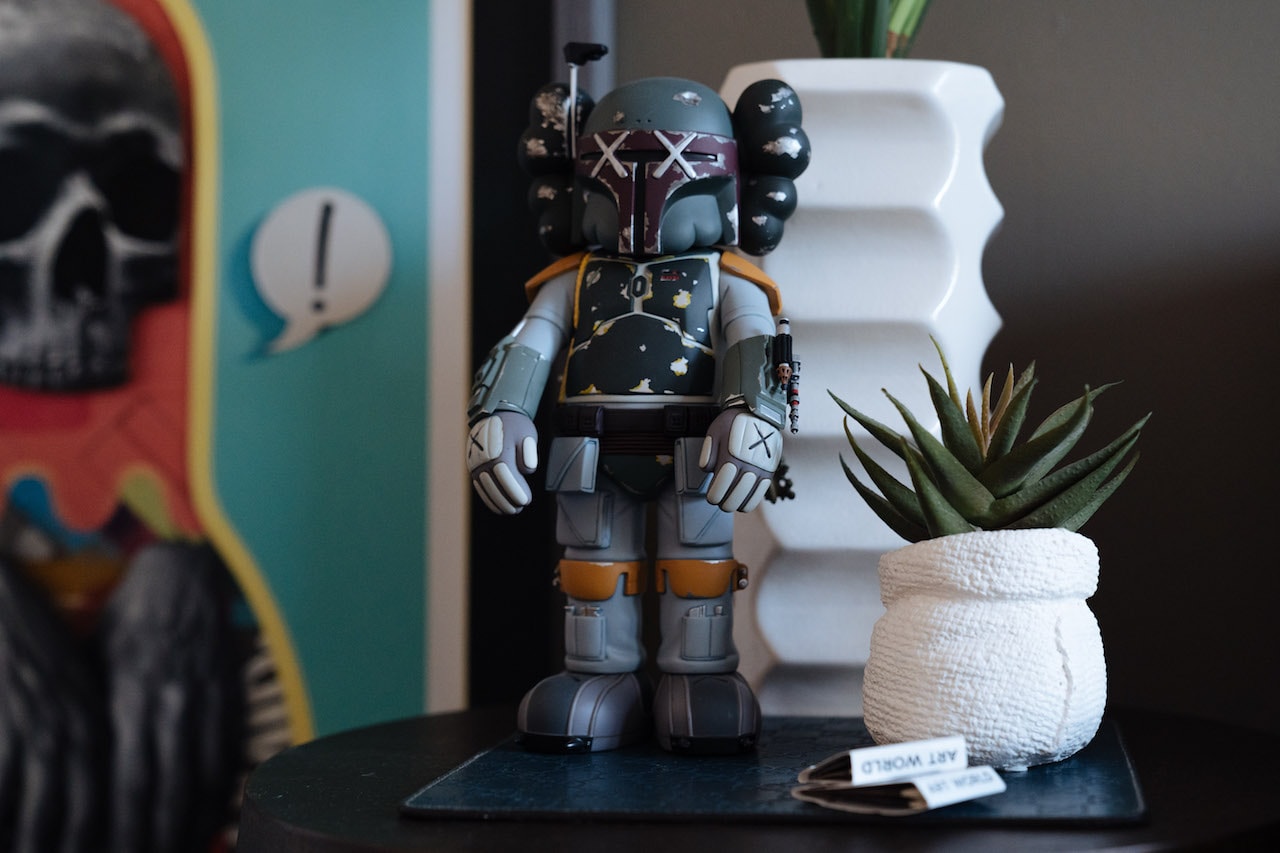 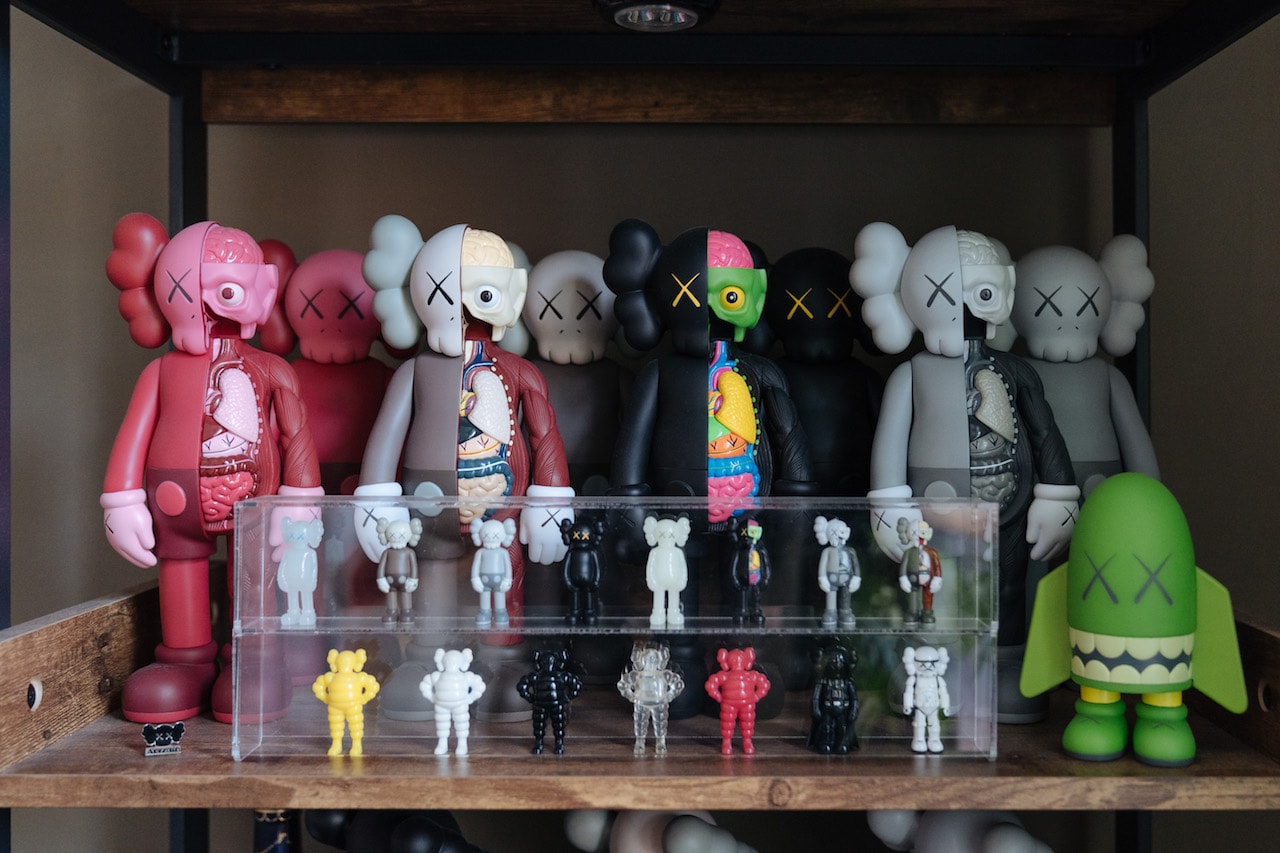 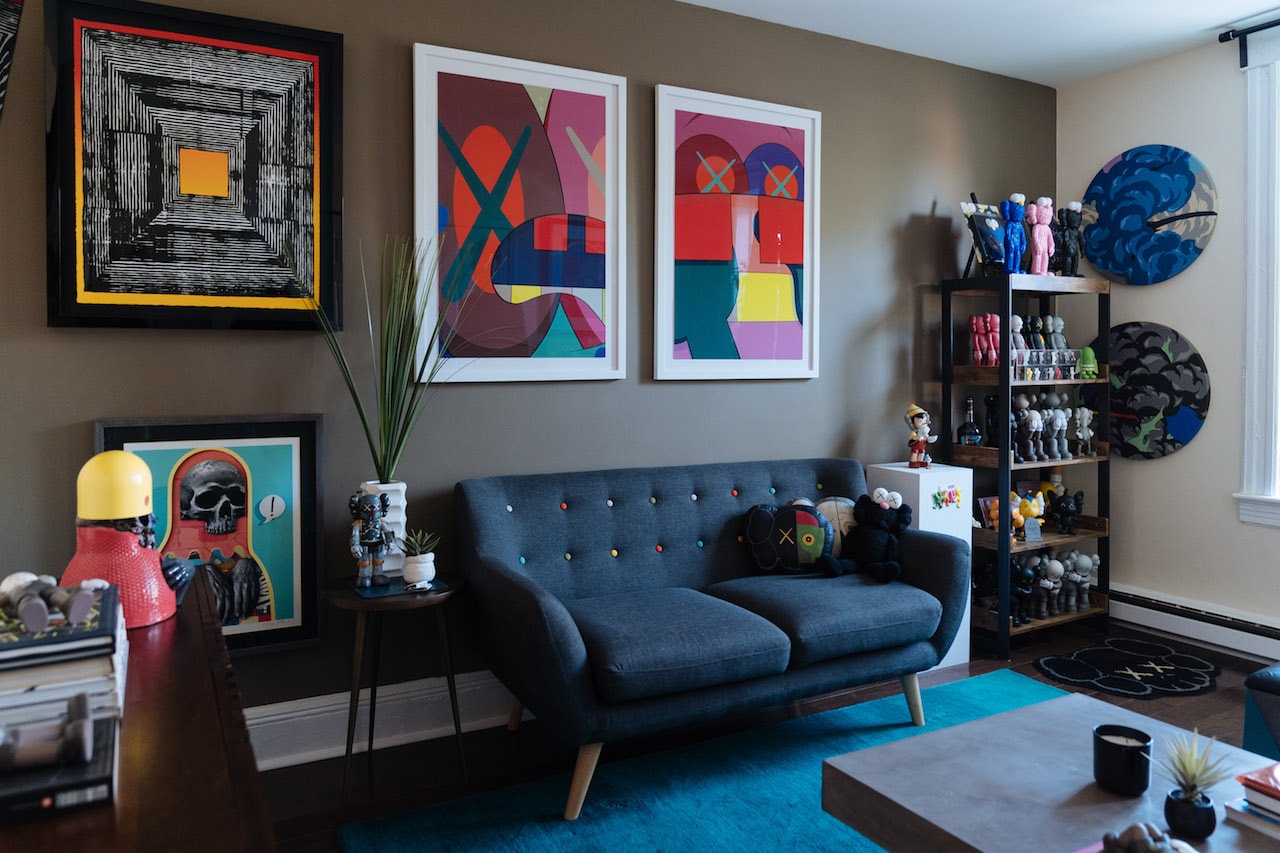 Where do you see your art career going in the next five years?

I’d like to see my work in many of the major galleries. In the next five years, I would like to do solo exhibits and do collaborations with brands that I like. I want to keep evolving with my art as an artist should do. An artist should never be stagnant. It feels great to be at the level I am at now where I have clients that have my work on display in their homes. It’s given me the drive to continue to make this my reality.

What are you currently working on now?

I’m always working on new things. I have been archiving a lot of my new body of work to have content to display in galleries I might be featured in. I was recently considered to display works at Mana Decentralized in Jersey City. In October I will be displaying work at a show in Brooklyn. In December I will be painting during Art Basel in Wynwood. For all updates, please follow me on Instagram @NoverNYC and all upcoming events will be mentioned on NoverNYC.com