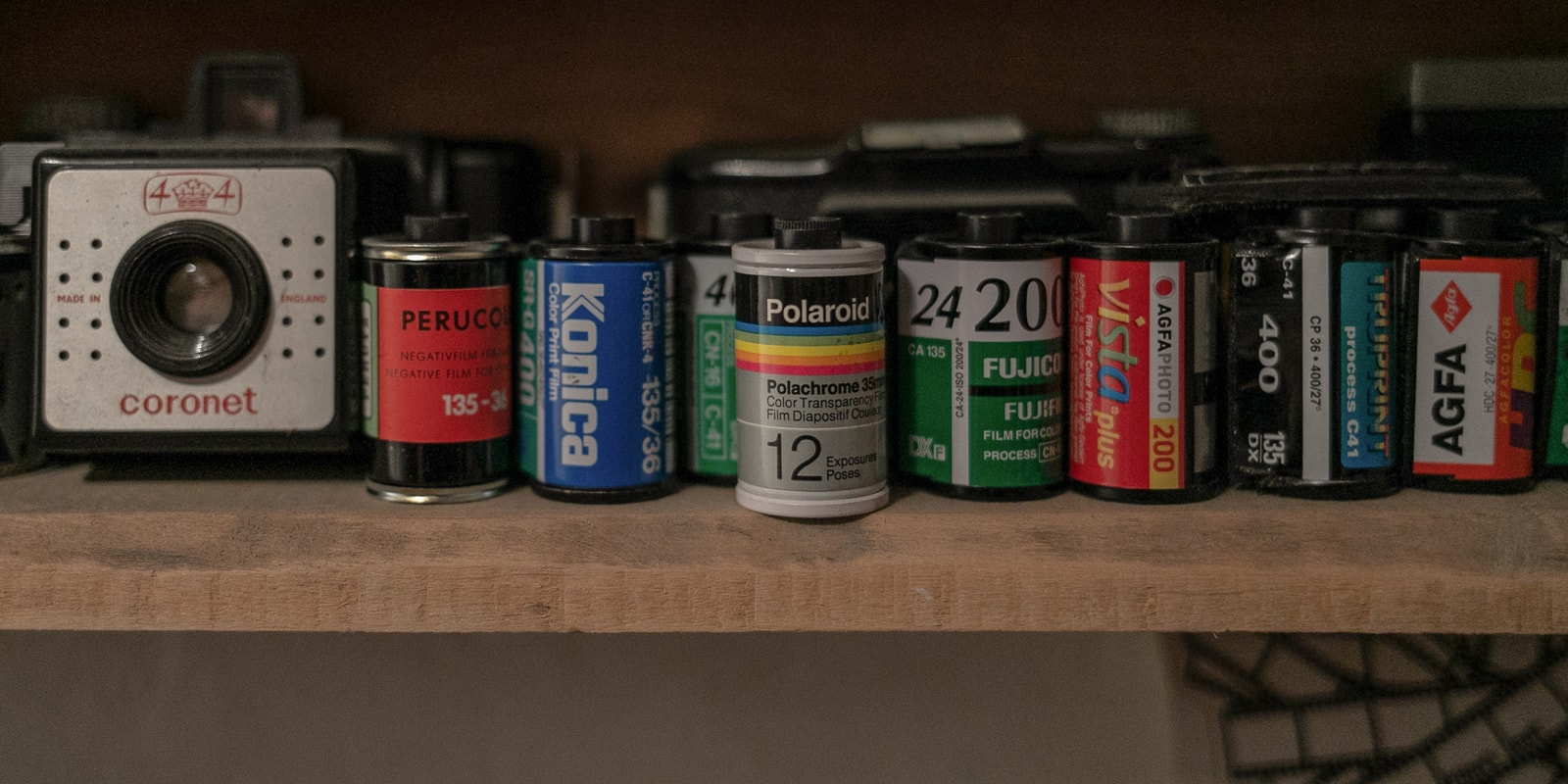 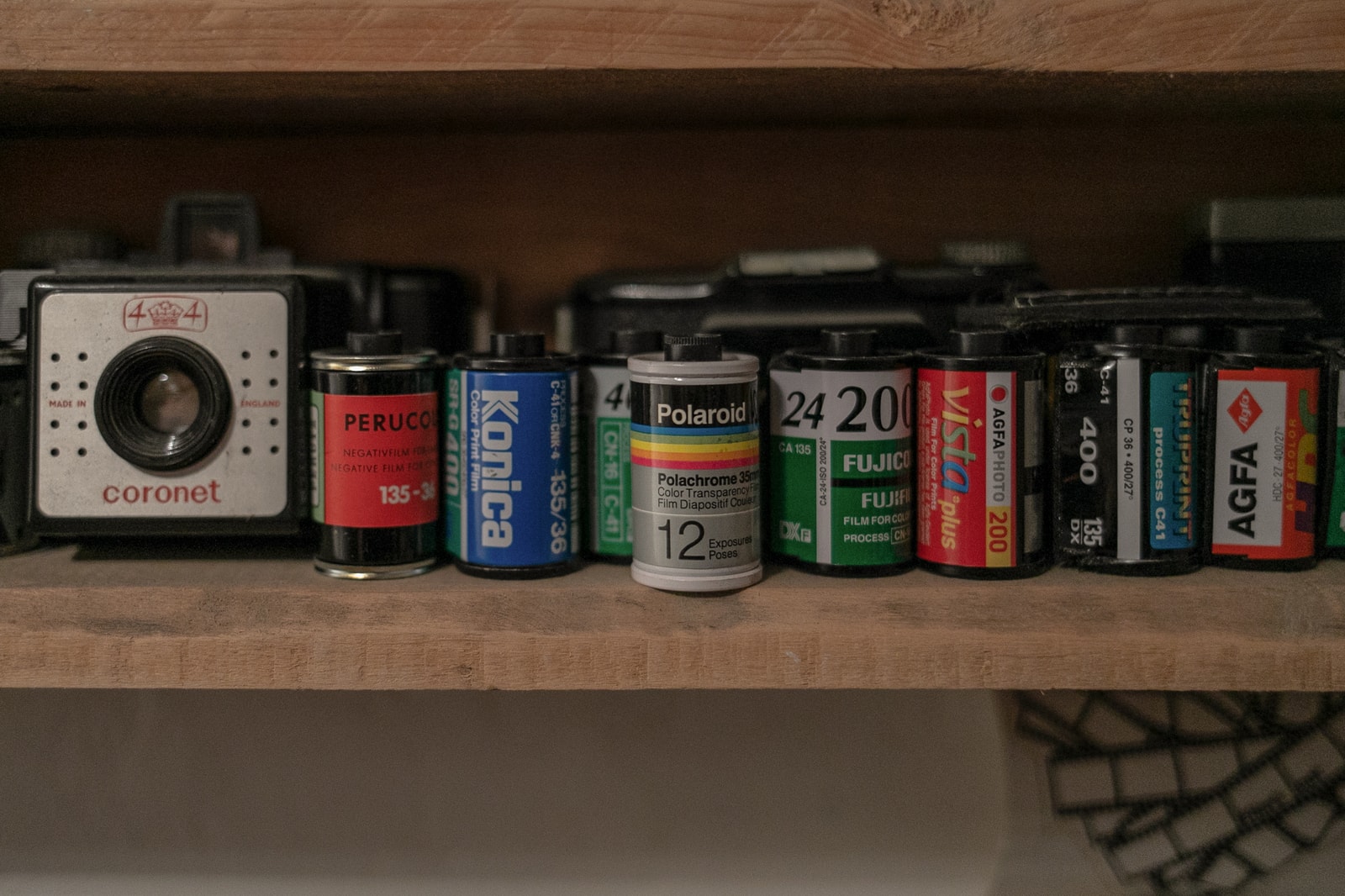 From City Raves to Rural England: How Eddie Otchere Documented 30 Years of British Culture
We paid a visit to the legendary photographer’s central London studio.

Eddie Otchere’s central London studio isn’t really a studio at all, it’s more of a museum. The small space is packed with ephemera from a wide-ranging photography career that has spanned the better part of three decades. The room is filled with Otchere’s day-to-day shooting gear, as well as a host of cameras, film boxes and equipment shared between Otchere and the Film’s Not Dead collective. In addition to showcasing Otchere’s extensive archive — including portraits of Aaliyah, Jay-Z and more — the items displayed in the studio are artifacts from film photography. As Otchere says, “the whole point of having these resources is to hand them over ‘here’s a camera, here’s film, shoot. Tell your story.”

Otchere’s career as a photographer began in the late ‘80s, when he started documenting the culture he was living in. “If you’re growing up during the era of the second golden age of hip-hop, you find yourself wanting to record yourself or record your favorite trainers in creative patterns and nice photogenic ways,” Otchere explains of his beginnings. Over time, Otchere’s focus grew from hip-hop to a whole range of other musical subcultures spreading across Britain. “The stories, the folklore, the whole lot. You become invested and you take a camera with you,” he continues, “20 years later you can find yourself telling stories about a time that’s gone by.” 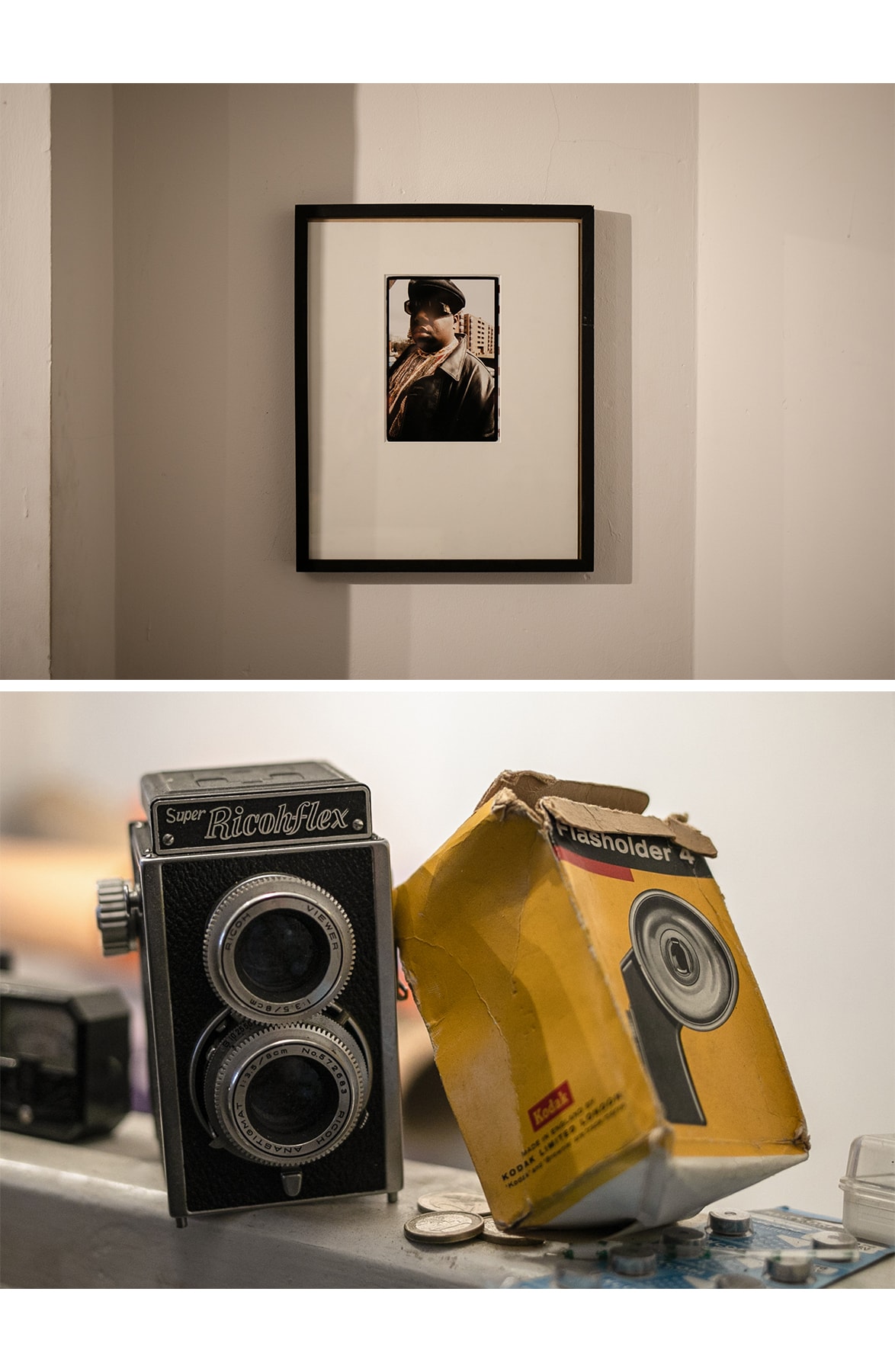 “You find yourself wanting to record yourself or record your favorite trainers in creative patterns and nice photogenic ways.”

During this time, Otchere also captured some of the images that would make him so well known. As well as capturing the raves and the lost days of drum’n’bass and jungle, Otchere also shot portraits of some of the biggest names in the hip-hop world, including Jay-Z, Nas, Aaliyah and Wu-Tang Clan. “I’m one of those photographers that never shoots names when they’re big, I shoot them when they’re just nobodies,” Otchere explains, meaning that the process was far more informal than it would be today. To shoot Jay-Z, Otchere just called up his record label and asked if he was around. “It’s never a big commission,” Otchere continues, instead the process has always been “get high, come up with an idea, act on the idea, complete the idea and celebrate. Then we talk money afterward. The idea is the thing that comes first.”

Speaking about these portraits, Otchere describes them as “a living representation” of the artist in question. “Behind the portrait is the cult that they’ve built up themselves,” he continues, “I’m trying to position my work as iconography as a way of defining that person, their uniqueness.” To showcase this work, Otchere has started putting portraits of some of these people on T-shirts, as well as selling prints of the images. “I think what I’m doing is saying ‘these are your heroes, Method Man, Biggie, these are your heroes. They are your superheroes, your Batmans, your Supermans. Wear them.’” 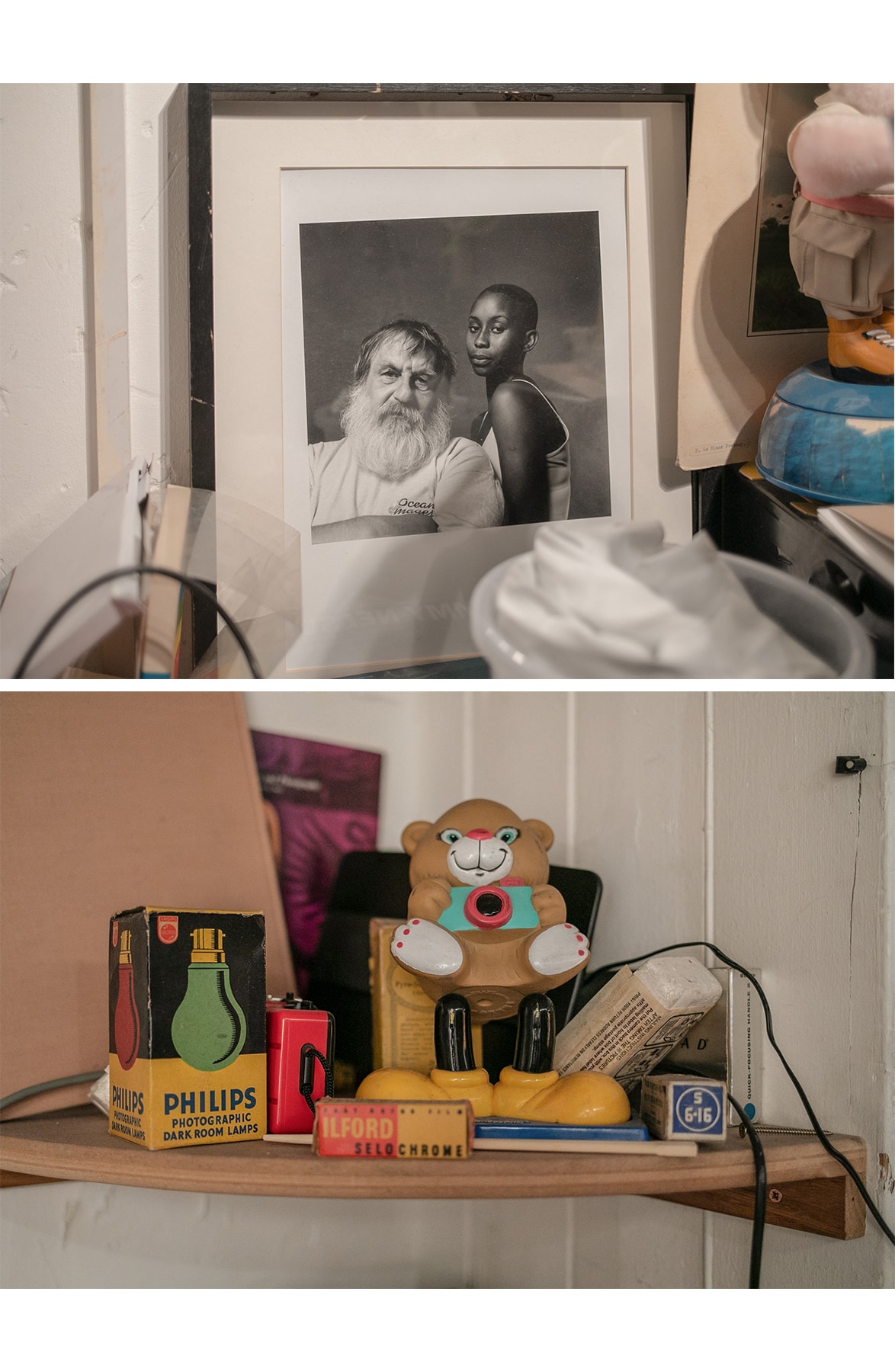 Throughout his career, film photography — Otchere’s chosen format — has seen a huge decline in popularity before later finding a second life. “I found myself in a situation where I wasn’t getting booked because I didn’t switch to digital, I had to dig my heels in because I wasn’t leaving analog alone,” he explains. Otchere now spends a lot of his time working with a new generation of photographers such as Vicky Grout who champion film just as much as he did in those dark days. “Working with the next generation is fucking wicked.”

Otchere’s celebration of film comes from his view that photography is an art form that had real-world impacts. “It’s indelible, it feels like there’s a truth to it,” he says of analog photography, “at some point in the past, photography has the ability to end wars and now its stopped doing that.” Otchere goes on to list examples — including the famous Napalm Girl photograph and imagery from the First World War — that shone a light on events around the world and created a desire to change society.

Nowadays, Otchere’s focus has moved away from the music photography that built his name. Alongside his work with younger photographers and championing of film photography, through teaching and working with Film’s Not Dead, Otchere has also turned the camera on to more rural scenes. “It’s all just about digging below, looking at England’s past from the naked landscape,” Otchere explains of this new project. The rural life is soaking into Otchere’s work, literally in some cases. The process — which he describes as “you drive out to a rural location looking for one specific thing, then you just drift around and walk” — has now gone full circle. “I’m developing the film in the water I find in the rivers,” he adds, “I’ve got visions of swimming in it but I can’t so I collect the water and develop the film in that. It’s another layer to this.” 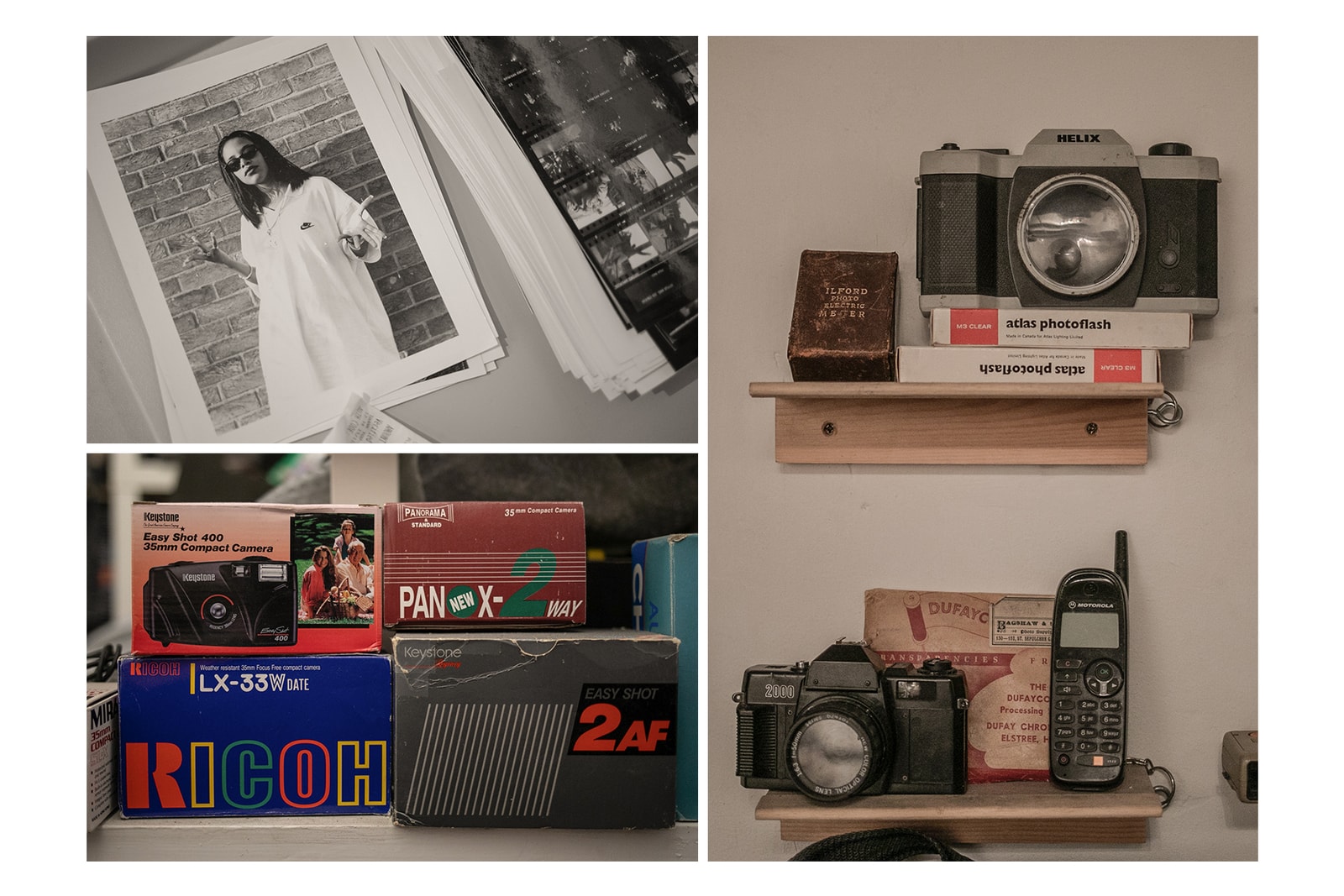 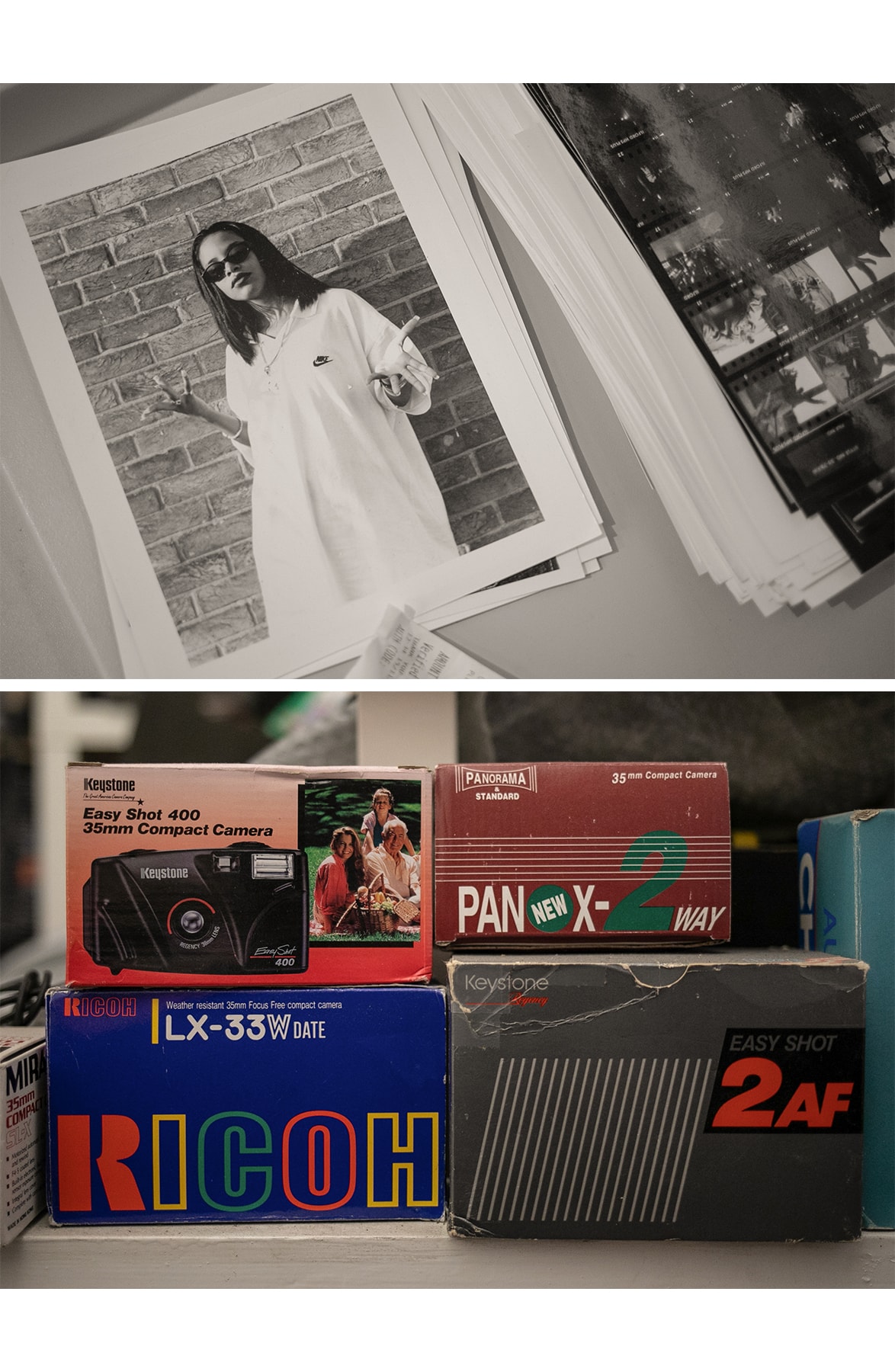 “At some point in the past, photography has the ability to end wars and now its stopped doing that.”

Although his rural photography, which most recently focused on goats, seems to be worlds away from his images of the drum’n’bass raves of his youth, Otchere sees a link. “In the ‘90s, if you wanted to go to a rave you had to buy a ticket from a record shop and then go to the Burger King on Tottenham Court Road and there’d be a coach there.,” explains Otchere, “I heard about this and I never did it because I was afraid. I think a part of me is now like ‘I really want to get back there and walk around these fields.’”

Another link between the different era’s of Otchere’s work is his documentation of England. Whether it’s photography kids at raves in the 1990s or goats in the countryside in 2018, Otchere has frequently told the story of the country. In his music photography, Otchere showcased a less polarised time when “we shared the same outfits, we shopped in the same shops, and so we all became one.” Otchere’s rural images tell a different story, but he is still focusing on an overlooked part of England’s history. Through his pictures of idyllic countryside and farmyard animals, Otchere is trying to “put that in context, and show the darkness underneath it. The battlegrounds, what’s behind the wood, the tombstones, the ancient monolithic sites that no one really has a handle on.” 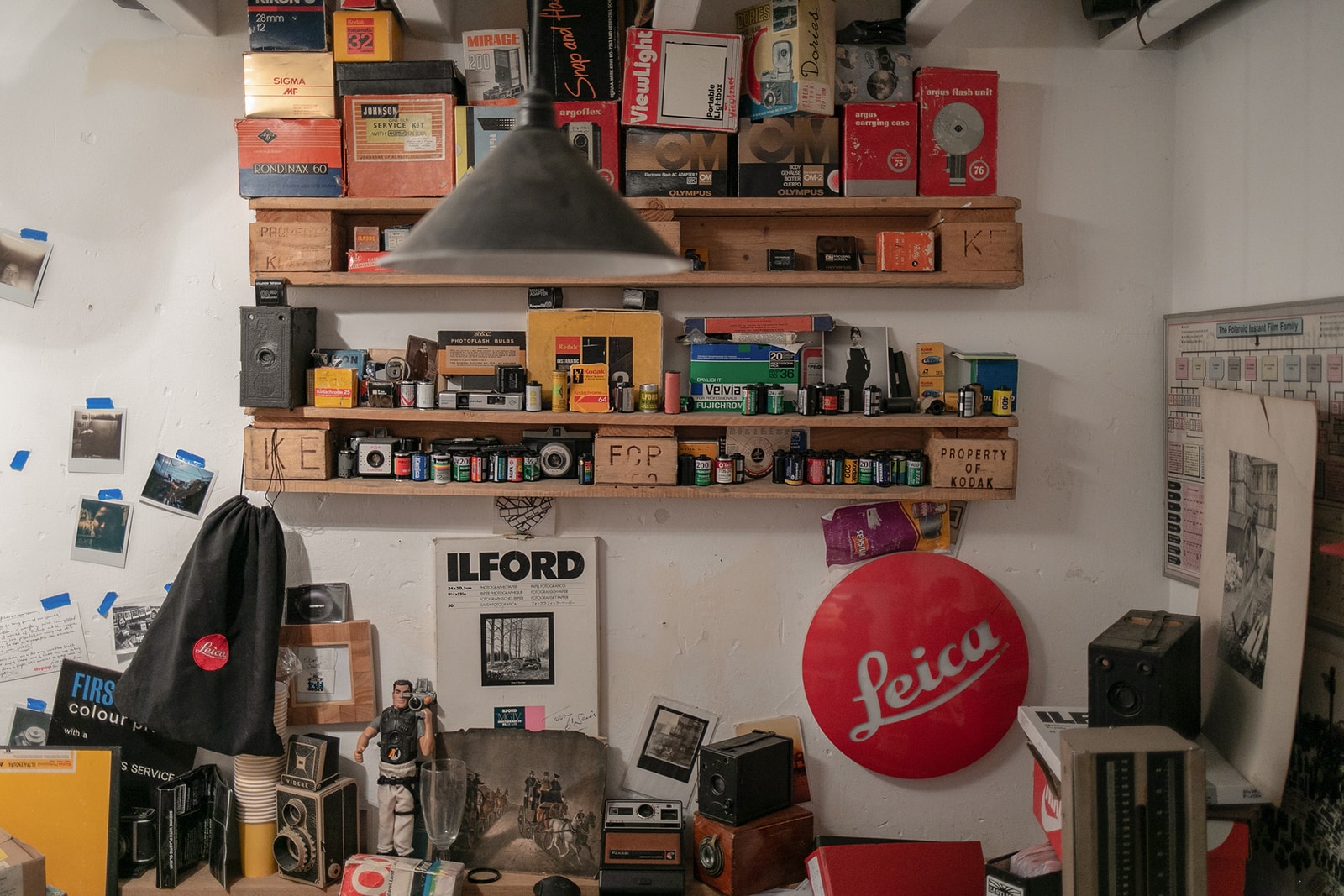