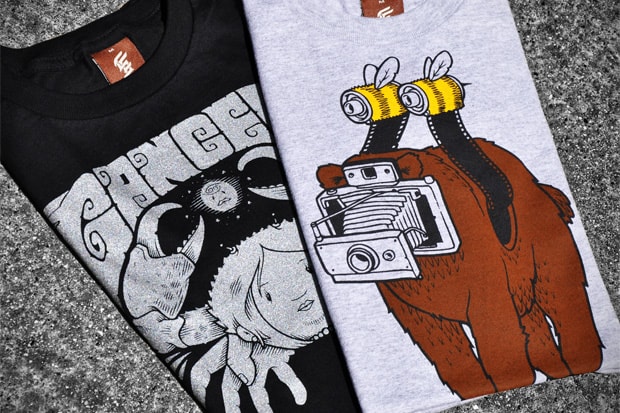 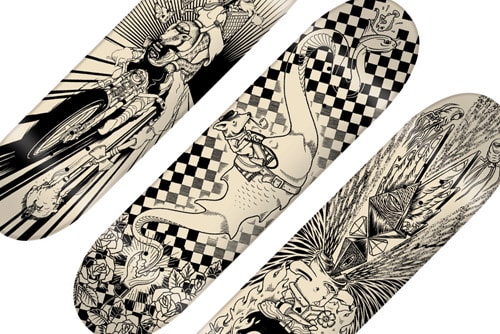 In what has become a seasonal highlight from Jeremy Fish’s superFishal brand, the artist
By Eugene Kan/Oct 30, 2008
Oct 30, 2008
0 Comments 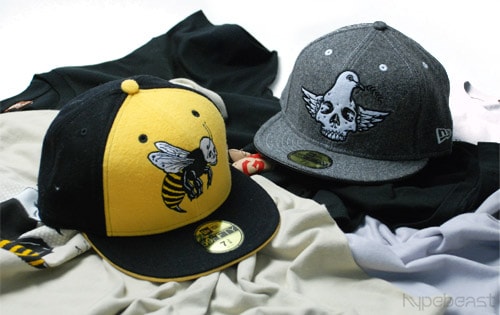 As one of the leading representatives of Upper Playground’s artist-driven brand and the
By Eugene Kan/Oct 24, 2008
Oct 24, 2008
0 Comments 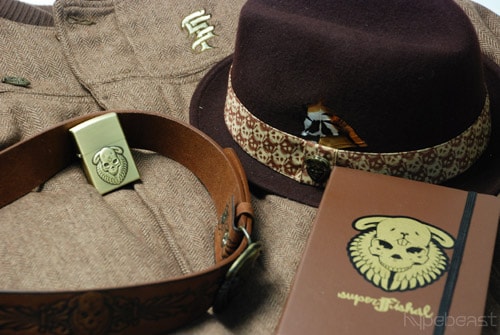 Designer and artist Jeremy Fish looks to the debauchery of San Francisco’s past in his latest
By Eugene Kan/Oct 21, 2008
Oct 21, 2008
0 Comments

The strength of two of Upper Playground’s strongest artists in their talented creative pool resulted in Sam Flores and Jeremy Fish each developing their own collection. Here’s a small look into what Flores’ 12Grain and Fish’s superFishal respective lines has to offer as many pieces encompass a familiar aesthetic which has propelled each artist to popularity. The collections are available now at select Upper Playground dealers and online at Upper Playground.
By HB Team/Apr 9, 2008
Apr 9, 2008
0 Comments

One of San Francisco’s finest, Jeremy Fish has released his latest offerings of skate decks. Last year saw his superFishal’s inaugural release of collaborative decks with artists including Pushead, Todd Bratrud and Michael Sieben. His solo efforts seen here for spring 2008 include the designs “Flowers, “The Friend” and “The Face”. The decks are available for sale now either individually or through a 3-pack at Upper Playground, priced respecitvely at $80 USD / deck or $210 USD / set of 3.
By HB Team/Apr 8, 2008
Apr 8, 2008
0 Comments

superFishal started off their inaugural campaign strong with their first release. Already in place is a strong collection of apparel backed by an ongoing skate deck collaboration project. Each piece is the brain child of San Francisco artist Jeremy Fish. One of his releases for the holiday season include this belt buckle created in collaboration with Upper Playground. This buckle represents just a taste of things to come this winter.
By HB Team/Dec 14, 2007
Dec 14, 2007
0 Comments

With each season, artist Jeremy Fish will produce and release three limited edition skate deck graphics as part of his superFishal brand. The concept is meant to have two artists with differing styles converge into one graphic. This first Collab Series includes artists Pushead – "The Music" (8-1/4), Todd Bratrud – "The Mermaid" (8) and Michael Sieben – "The Mushrooms" (7-5/8). Each deck is made by local San Diego deck manufacturer Watson Laminates with decks limited to 500 per graphic. The decks are currently available in all Upper Playground retail outlets. Image: HYPEBEAST
By HB Team/Nov 27, 2007
Nov 27, 2007
0 Comments

The 2007 Fall Collection marks the first series of clothing from artist Jeremy Fish. The San Francisco artist’s rise to fame can largely be associated with his characteristically witty and interesting designs. For Jeremy Fish, the commodification of his art in t-shirt form has been a way of expression which he feels is an important notion. Although some may feel that making art readily available has a cheapening effect, in reality the ability to make it more accessible is of far greater importance as many more people enjoy the art. The superFishal line is a jump-off collection which launches in association Upper Playground. Look for superFishal to hit select dealers in the coming weeks. Image: HYPEBEAST
By HB Team/Nov 5, 2007
Nov 5, 2007
0 Comments