Late last month, Calvin Harris took to social media to tease a new record with Frank Ocean. Originally introduced via a snippet that primarily showcased Frank Ocean’s vocals, the song was later revealed as a collaboration with Migos member Offset thanks to yet another brief teaser. Sewing up any loose ends, Calvin Harris has taken to Twitter to deliver a complete breakdown of his next major record’s official details. As the track’s official liner notes and artwork show, “Slide” is set to serve as the new single from Calvin Harris, Frank Ocean and Migos. “Slide” was mixed by Harris himself, features enough instruments to arm an entire band, was created in Los Angeles and mastered by Mike Marsh.

Courtesy of the official Calvin Harris Twitter account, you can get a rundown of “Slide” below. Considering the track’s recent build-up and promotional strategy, let’s hope the entire song surfaces soon. 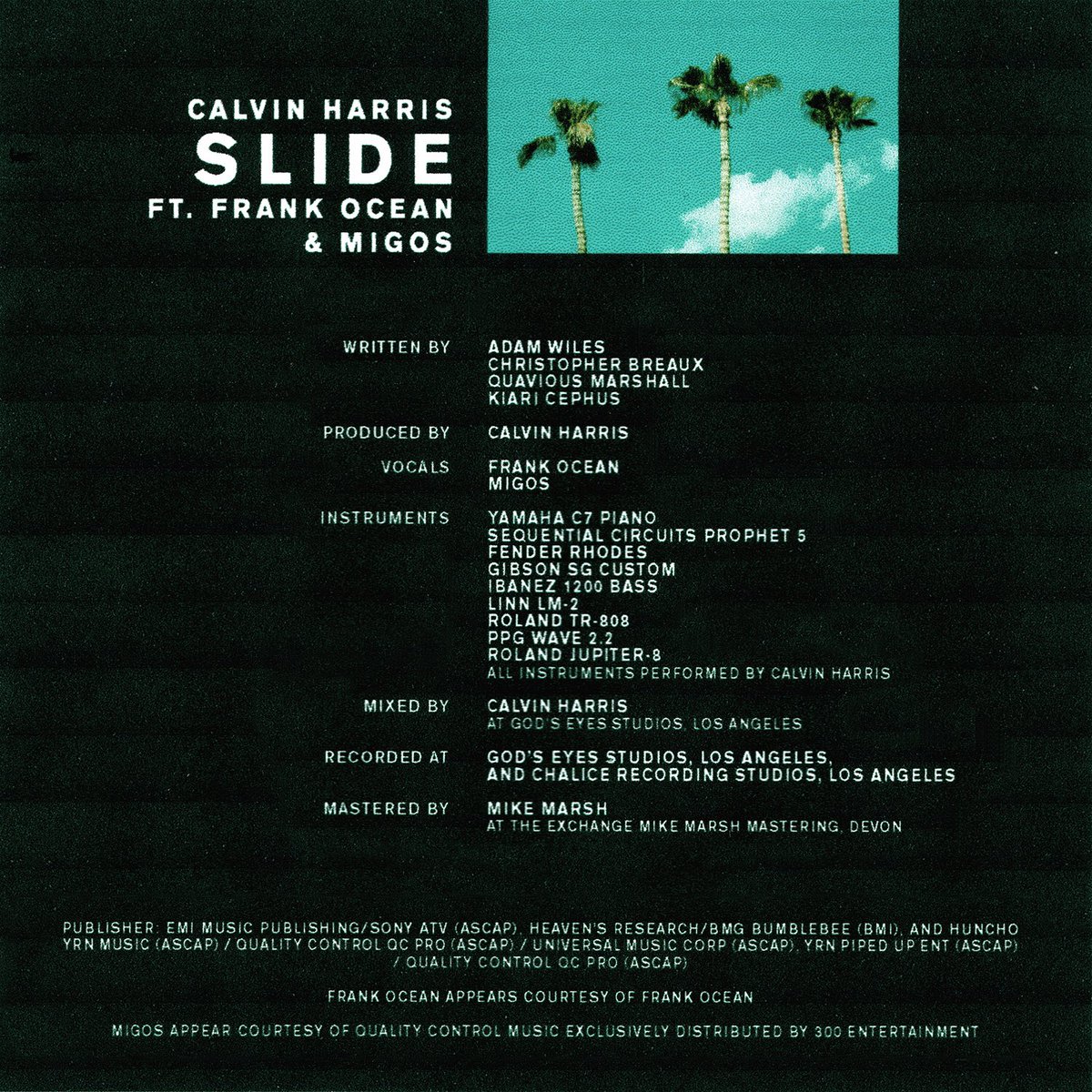 Monitaly Offers a Glimpse of Its 2017 Spring/Summer Drop

More from one of the models that jumpstarted the Swoosh’s footwear stardom.
By Austin Boykins/Feb 21, 2017
Feb 21, 2017
0 Comments
Entertainment

Footballer Hits Bar at Halftime, Then Chows Down During Match