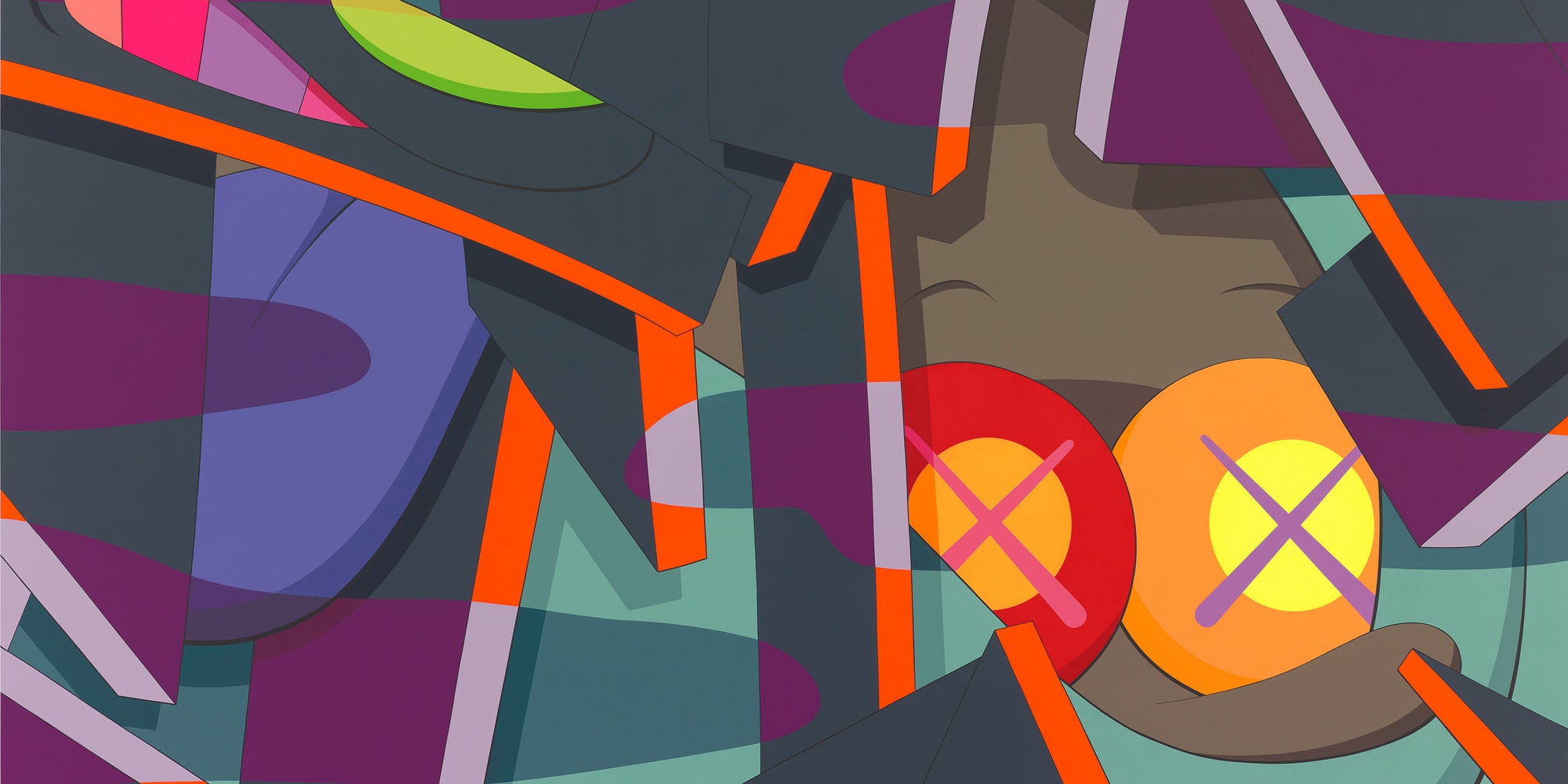 At first glance, I was shocked. Like his good friend and collaborator Pharrell, Brian Donnelly, better known as KAWS, looked unbelievably young. The global artist, who has been at the forefront of art and culture for the last two decades, looked no different than when he first burst onto the scene in the late ‘90s. Even down to his clothes, donning his signature chambray oxford shirt and baseball cap, KAWS seems to have remained unchanged.

After speaking with him for just minutes, I got the feeling that he doesn’t consider himself some larger-than-life artist or celebrity, which at this point in his illustrious career, certainly he deserves to. Soft-spoken and reserved in demeanor, Brian stands in stark contrast to the work he is internationally known for. As we discussed his latest endeavor, he spoke with a calm, calculated confidence without any hint of arrogance, though, just outside the walls of our meeting room in the Central Embassy Mall in Bangkok, there stood a giant masterpiece of his doing – a trophy of sorts.

Brazenly colored, the 10-meter-tall structure took 20+ men and over 10 hours to erect. Named the BFF, it is the latest of Donnelly’s family of characters and follows a high-profile lineage that includes the Companion, Accomplice, Chum and Bendy. While a completely new addition to the collection, the BFF is immediately recognizable as KAWS’s artwork. The signature skull and crossbones, the X’s on the white gloved hands, the bold and saturated colors coupled with sleek curved lines – the KAWS BFF can be literally spotted from a mile away. These Godzilla-sized sculptures have been a staple of KAWS’s work over the last few years, and to any other artist, it would stand as a clear point of accomplishment in their career. To Brian, however, it’s simply the latest exploration in his work, another medium adding to the long list he has accrued throughout his career. 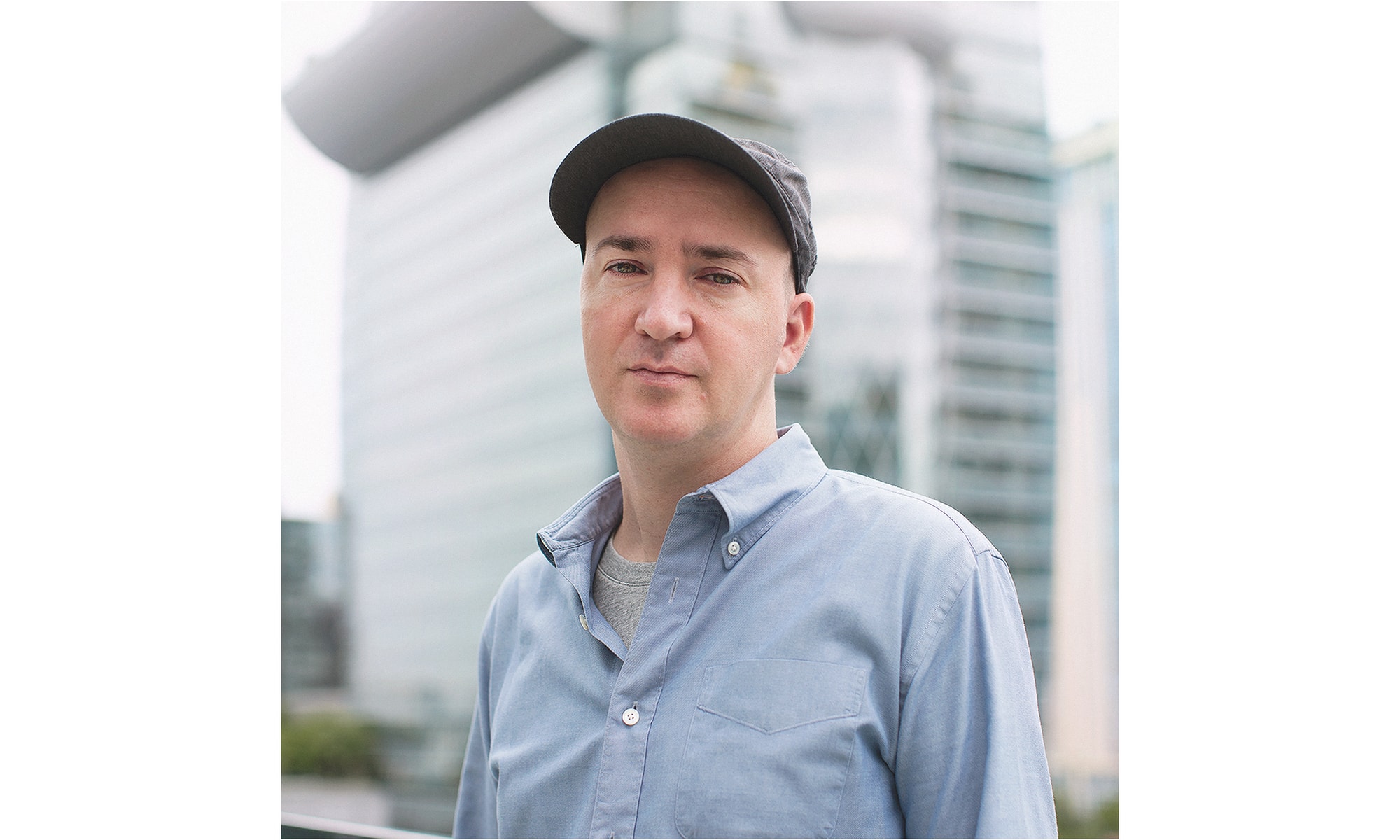 This prominent career has taken KAWS from tagging the billboards and bus stops of New York to filling esteemed museums like the Pennsylvania Academy of Fine Arts, Brooklyn Museum and Galerie Perrotin. Still, he does not see any of them as monumental milestones. “A lot of times when people are writing, they’re talking about me graduating into some other situations; I don’t think of it like this at all. I just think that these are the opportunities in front of me now,” Brian puts it plainly, seemingly unaffected by his massive popularity and success. For some artists, this type of confidence can seem to come from a place of haughtiness or condescension, but not for Brian. He simply does not put extra value on any particular works, explaining how none of this has changed to him or his approach to art. In reference to his range of works and evolution to different mediums he explains, “The whole point I do it is to communicate. So the goal hasn’t changed at all, it’s just the opportunities that have changed. When I think of when I was doing stuff on the street, I don’t see this necessarily a step up. It’s just a step in a different lane.”

The singular goal of communication is one that KAWS takes into great consideration when creating new works. Throughout the multitude of different digital and physical spaces his work has inhabited, Donnelly has always considered the way in which audiences will view, interact, and ultimately perceive or feel while in the presence of the art. The thought process behind works such as his BFF sculpture, or his much talked-about Companion structure at the Yorkshire Sculpture Park, is based on his obsession with communicating his art better. “With so much of my work, I feel like the only interaction people have is through digital mediums. There’s nothing that can compare to being in front of a sculpture that people that can walk around and view. It’s a totally different thing, experiencing a sculpture. The show that’s up at Yorkshire Park: having them in English countryside gives a whole different feeling and meaning to it. People often identify my work with the urban landscape, but in my mind, the sculptures aren’t really attached to any kind of geography.” 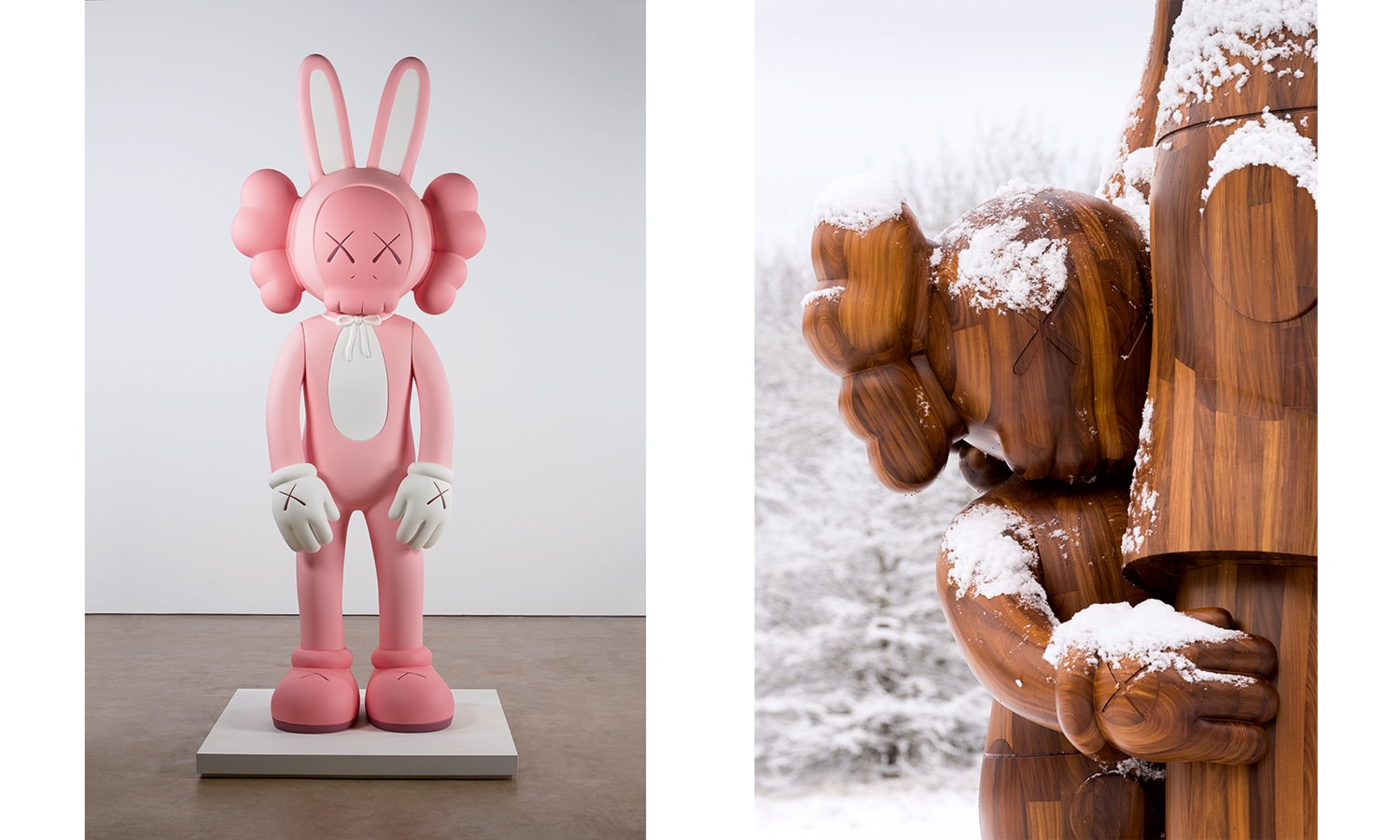 The other expansive medium KAWS has ventured into, and has found tremendous success, is with his long line of products. From his teeming army of collectable figurines to his playfully designed clothes, Brian stands by the assertion that none of those endeavors were purposely sought out as a stepping stone, but rather, they “just happened.” “Everything that has happened so far has been really sort of organic,” he claimed, referring to the seven-year-long stint with his brand, OriginalFake, and his most recent collaboration with retail juggernaut Uniqlo.

Based on sheer numbers, the KAWS x Uniqlo collaboration may have been the most significant project for Donnelly to date, gave Brian all the more reason to stay true to his patented aesthetic. “It’s a whole next level of exposure,” he reflects. “It was good, I wanted to just keep it with existing imagery.” Even still, knowing the T-shirts would be so pervasive on a global scale, Brian did not change nor did he cater to the lofty platform – he stuck to his guns all the more, imparting his distinct designs. 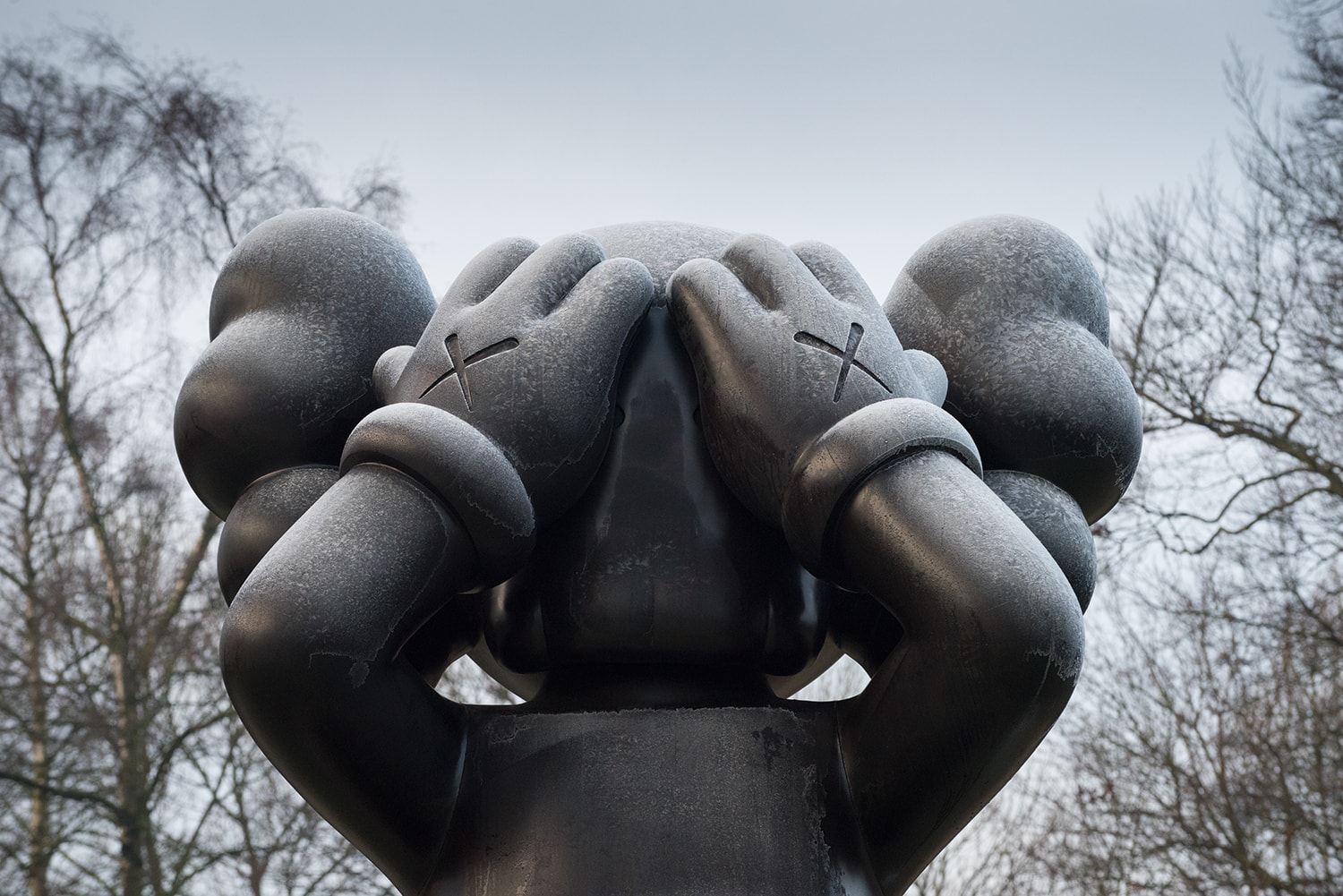 Amidst the vast amount of work KAWS has produced, his brand and its quality is consistent if nothing else. While in his output, he continues to effortlessly shift into different lanes, he does not feel pressured to adjust or adapt to the times. Whether it’s in art, music, fashion or writing, it is almost impossible as a creative to remain unaffected by current trends. The beautiful thing about KAWS’s work is that “toys don’t get old, characters don’t age or change.”

This is what Brian loves about his work. The timeless aspect of it allows him to create his own universe; one that is steadfast with its own characters, taking from the past and present, to create something that has proven to withstand the test of time. Now 20 years in, KAWS’s cartoon-like presence has carved out a lasting place within our culture. Like Warhol, KAWS has crafted a body of work that transcends the art world and has become a recognizable mainstay throughout. Even now, while his work sits atop bedroom shelves and hangs on the most revered walls, Brian maintains that there’s still a sense of novelty to him it all. “It’s kind of like putting letters into a bottle and chucking it out into the ocean.”