Here’s the latest visual offering from Goldyard, the Atlanta-based rap trio that’s been steadily making noise and seemingly the next ones up from the south. This following an impressive club anthem they dropped last week featuring Trinidad James that’s been making it’s rounds. Today, we not only premiere their new video but also had a chance to speak with In-Doe, A.T. and their producer Flick James about music, life and Atlanta culture. Peep below and stay tuned for their upcoming Fuck Culture 2 mixtape dropping soon.

Who and what is Goldyard?

(Flick) I’ll tell you what it isn’t. It isn’t a fucking clothing company from Hong Kong.

(A.T.) It’s a metaphor for life. It’s the reason you wanna see Tomorrow, but also the reason you hustle today. Oh yea, it’s also a brand, and a musical group, made up of In-Doe, A.T. and Flick James.

Tell us how you guys formed.

(A.T.) when I moved to Atlanta I was in school for audio engineering and my boy at school told me about this producer he knew that had some dope shit, and he used to just kick it at my spot all the time gassing this producer, I didn’t really know why, I was like yeah, yeah whatever because I had never met him or heard much of his shit. Finally, my boy brought him over to my spot and that’s when I met flick. After we met we just kicked it from then on…no lie, at the time he would knock out like 10 beats a day, at least starting them if not finishing them all… I had known Doe since I was like 16. We used to record diss tracks about people we didn’t like or didn’t like us and burn em and have everybody bumping the songs in the parking lot after school the next day. Haha. Wilding. I met him back in North Carolina through my older brother when he moved there from New York. We also lived in Manhattan together for a little while after we graduated high school. So we were doing music together for a minute. I was in Atlanta with flick making tracks and putting together projects and one day I had just talked to doe about coming to Atlanta and making a project with us, just on some what if shit, and with time he ended up coming down. Then he and Flick took a bunch of cigarette breaks. Real Lions club like, and shit got weird after that. Needless to say, He never left.

What would you say is the message in your music?

(A.T.) I Don’t really know if there’s a message in our music.

(In-Doe) It’s more of something you feel, or capture in a moment, like a picture or a photograph

(A.T.) we can’t tell people how to do what they do, we can only really speak about what we know and live, our message for the world is that it needs to change.

(In-Doe) that’s why we might make some happy shit, some slow shit, some hustling shit, because these are all real feelings and emotions we have. We’ve been through, and seen some real shit so that’s what we speak on.

(A.T.) yeah, so you gotta feel the message, you can’t explain it.

What is the premise behind the “Fuck Culture” mixtape series?

(In-Doe) well it has many meanings, “fuck culture” can mean alotta shit to alotta different people.

(A.T) yea some people get offended by it, but when we first had a conversation about “fuck culture” it was just in conversation, it seemed like everyone that was saying “culture” this “I do it for the culture,” that, were always those people that were close minded and were putting themselves in a group.

(In-Doe) if the culture was different there wouldn’t be racism, people wouldn’t hate homosexuals, stereotypes would go out the window. It’s not saying fuck everybody and fuck everybody’s culture but it’s saying there can be change, and there’s room for change they just gotta be open minded. there’s a lot of dumb stuff that’s happened over tradition. most of the people that impact the world are people that’s said “fuck culture” not with those exact words but acting in that way.

(A.T.) It’s “fuck culture” with music too. We’re breaking down barriers, and walls doing what we do. Reconstructing really. There’s things we do that people look at us crazy for doing musically, especially where were doing it. But we do that because we have no structure, were still building.

(In-Doe) also the obvious, it’s a play off of words like a “fucked culture” or how a pimp or a thot? haha I think I can use that there. Lives the “fuck culture” in their daily routine.
Goldyard also wouldn’t be here if our parents didn’t say “fuck culture” ..

(Flick) We’d almost rather leave that ambiguous because it is fun to let people draw their own conclusions on its meaning.. but I’ll give it a shot.
It really is trying to capture the essence of a hallucinogenic drug experience, the magic of realizing that a lot of your programming as a human being is, well, for the most part – bullshit. Saying “fuck culture” is just a way of trying to communicate the idea that we as humans, or whatever the fuck we are, can transcend our programming and see reality in an entirely different way. And when you do that, you can create your own culture, your own new reality free of the conventions of the past.

If each of you weren’t doing music, what would you be doing with your lives?

(In-Doe) if I wasn’t doing music I’d probably be a crooked cop or something, like Denzel in training day. Haha

(A.T) haha, I dunno, I’d probably be working somewhere in a cubicle like office space, Bout to kill myself.

(A.T.) flick would be workin days at Swinging Richards

(In-Doe) haha flick would be the top grossing stripper at follies…haha nah Clermont lounge, there’s a reason why he wears the mask.

(Flick) Haha nah, we’d be off being pirates or whatever

(Flick) We are going to shove so much content your throats its going to be ridiculous.Tours, new music, videos and oh shit yeah, some classy guest features to boot.

What are you thoughts on the Atlanta hip-hop scene right now?

(Flick) I personally enjoy it, I think a lot of people are doing real cool and unique shit right now. I would shout-out some people, but I’d probably forget somebody, so, sorry everyone. The last thing I want to do is accidentally hurt someones feelings by doing improper shout-outs, you know? I would, however, like to shout out the 3 classic hip-hop stations that just popped up on FM radio in Atlanta, that shit is so fucking cool.

(A.T.) Haha, were still innovating and shaping the sound but there’s a lot of dope shit going on out here. People think you can just run to a city and pop, but if they don’t embrace you it doesn’t matter where you are. Atlanta’s trendsetting.

(In-doe). I think that the atlanta scene is cool there’s a lot going on now. Atlanta is crazy because you have people that are actually on the scene doing shows from the ground up like we did for the past couple of years and you see them making major moves knowing they are coming next ..but then you have the people that come out of nowhere because of the people and relationships they have ..then you have the people the hit the internet hard and you won’t even see them ever till they pop online never played a show just hit the net heavy..It’s crazy atlanta has a lot of dope artist coming out and everybody is in there own lane somewhat so there’s a lot of love cause everyone can eat. And everybody really cares and takes pride in making atlanta what it is. A lot of creative souls.

If you could change one thing about the game what would it be?

(A.T.) if I could change one thing about the game it would be the musical standard. I feel like the average listener is too used to one sound that’s getting forced on them without even knowing it so a lot of shit never gets noticed. People think if it doesn’t sound like that one thing then it can’t be right. Art should be opinionated not regulated.

If we were to go to Atlanta to hang with you guys, where would you recommend we go

(A.T.) shit we just get faded and move, there’s so many spots, im gonna say Edgewood, department store for sure, I’ll let Doe take this one though

(In-doe) If y’all were In Atlanta I would take u guys to Edgewood ..probably start at mother but party at department store … Hit east Atlanta village if it’s popping at graveyard …and Mjq ..I’m not a club head all these places are like cheers to me lol and mother fuckers throw down.

(A.T.) Goldyard is legendary. Shit like this doesn’t come around that often, but when it does you just gotta let it rock. 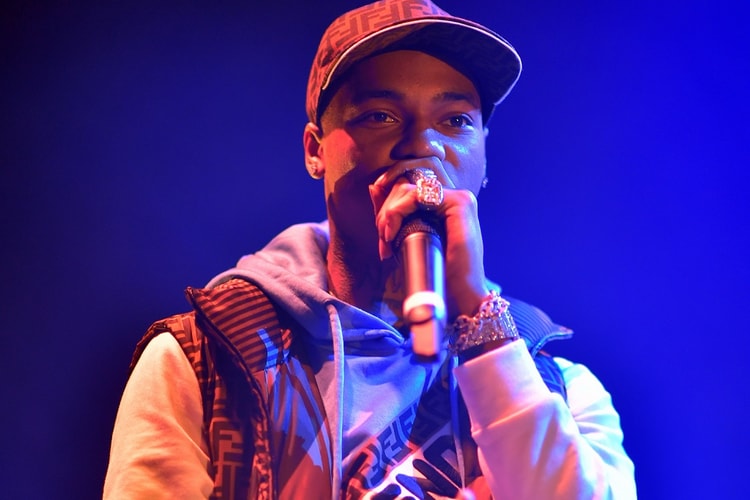 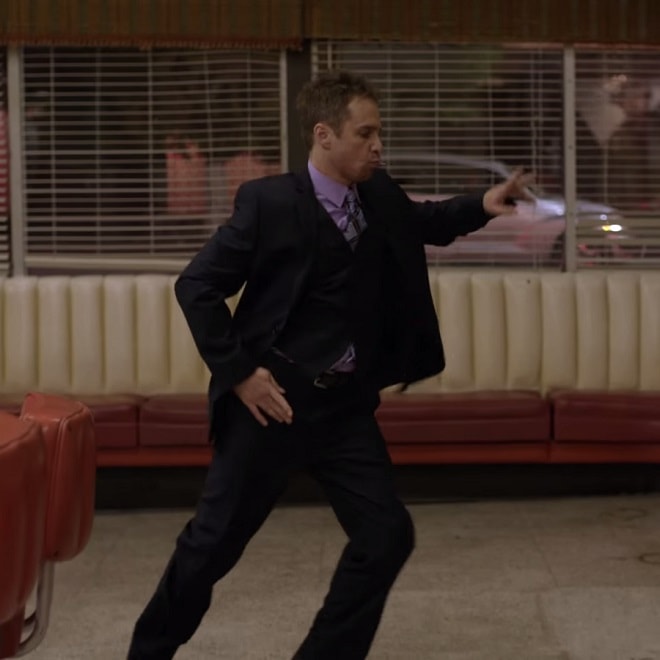 Flight Facilities - Down To Earth

Electronic duo Flight Facilities showcase a lone dancer in the video for their Down To Earth title
By Patrick Montes/Feb 26, 2015
Feb 26, 2015
0 Comments 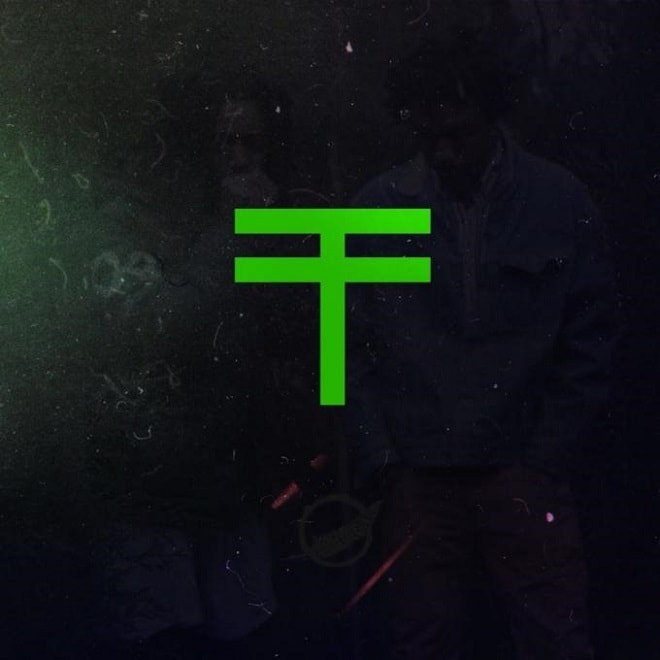 Following the release of the Mac Miller-assisted “Monday” earlier in the week, Atlanta group
By Patrick Montes/Feb 26, 2015
Feb 26, 2015
0 Comments 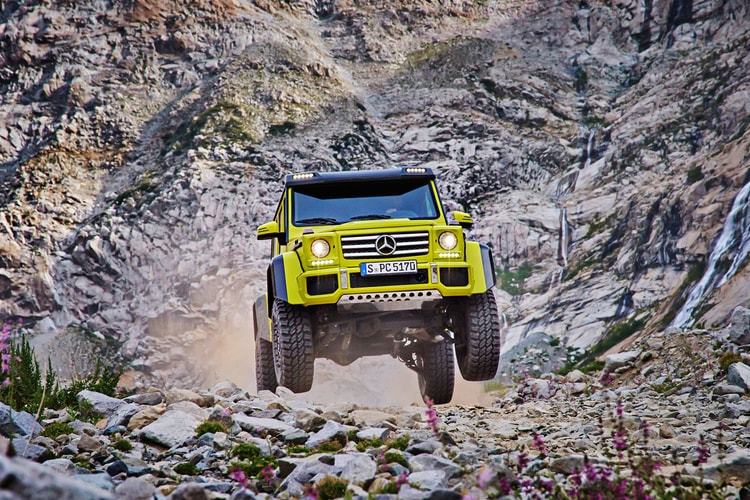 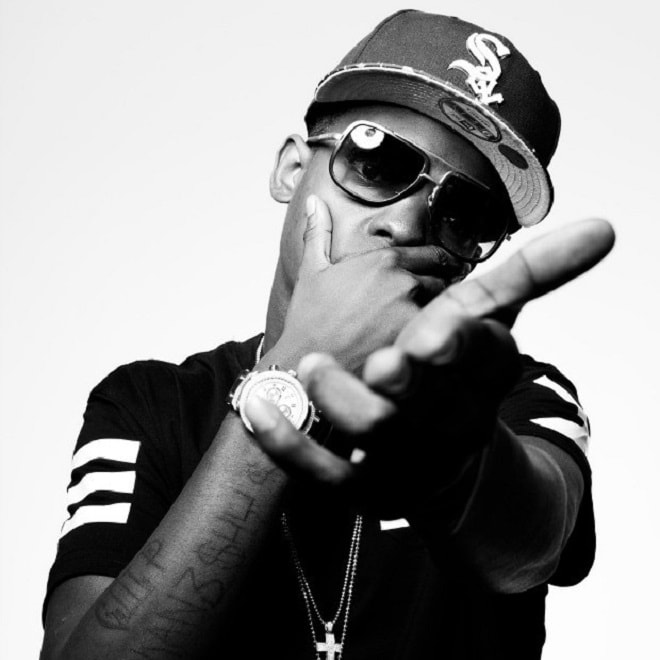 Considering Bobby Shmurda and Ebro had some off-camera conversations during their previous radio
By Patrick Montes/Feb 26, 2015
Feb 26, 2015
0 Comments 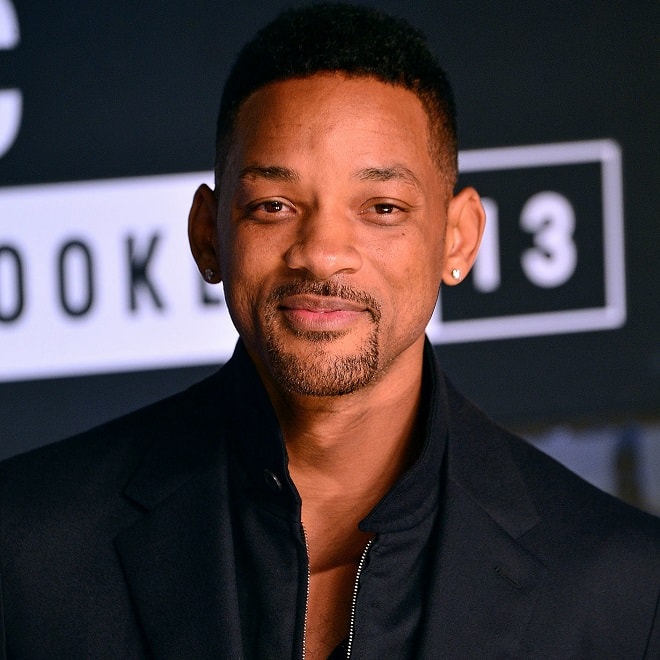 Will Smith & Kanye West Made "Seven or Eight Songs" Together

Even when he isn’t the artist central to the conversation, Kanye West’s name still manages to come
By Patrick Montes/Feb 26, 2015
Feb 26, 2015
0 Comments 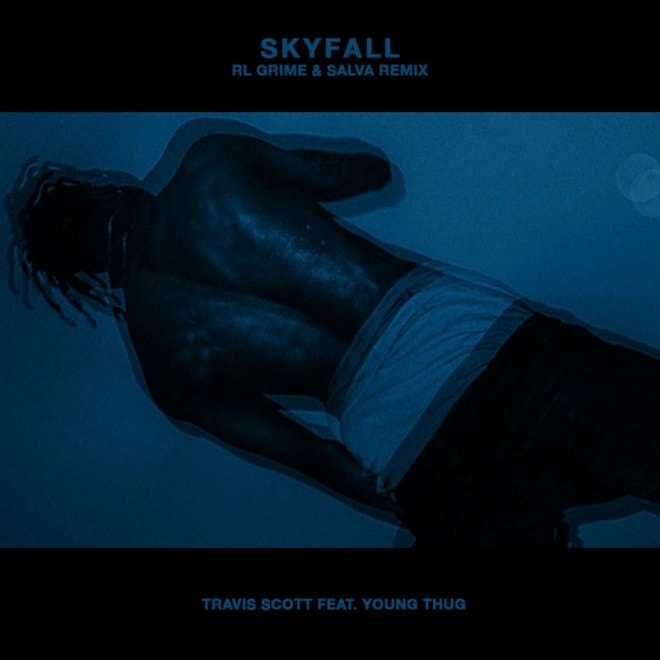 No two producers are known for blurring the lines between electronic and hip-hop like the duo of RL
By Davis Huynh/Feb 26, 2015
Feb 26, 2015
0 Comments
More ▾