Widely credited as the godfather of the urban vinyl toy movement, Michael Lau started his tenure in 1998 with the Gardener comic strip for Hong Kong’s East Touch magazine. Heavily influenced by street culture, Michael looked to graffiti writers and skateboarders as inspiration for his comic characters, which later became the basis of his first vinyl collectible series. Made in limited quantities, the 12” Gardener figures wore unique accessories and clothes, presenting physical manifestations of subcultural ideals. Over the course of a decade, Michael released a slew of coveted series, including The Crazy Children and Lazymuthafucka & Lam Dog. In 2013, Michael released the Garden (Palm)er series — a smaller, more accessible range which continued his sought-after designs. Having exhibited across major cities and collaborated with the likes of Levi’s, Nike, maharishi, Sony, colette and X-Large, Michael recently presented his fourth solo exhibition “remember-disc · time-table” during this year’s Art Basel Hong Kong. Based on Michael’s favorite quotes, which he describes as “books summarized into two sentences,” the exhibition presents a mixed-media repertoire which consisted of three categories: illustrations, acrylic paintings and sculptures. We caught up with Michael at his pop-up gallery GUMGUMGUM and learned more about his latest work, the Gardener series, and his forthcoming show in Taiwan. 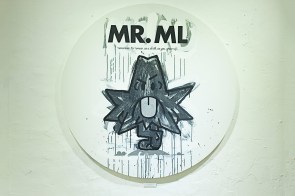 “I recently fell in love with quotes. Sometimes a quote could hold as much meaning as a short novel, providing motivation for the reader.”

What’s the reason behind naming the exhibition “remember-disc · time-table”?

This is my fourth solo show and I wanted to move away from figure design and focus on painting. I recently fell in love with quotes. Sometimes a quote could hold as much meaning as a short novel, providing motivation for the reader. The last 10 years I’ve collected a lot of Danish wooden plates, and for some time I’ve been meaning to use it in my art. The exhibition’s themes are based around memorabilia. “disc” refers to the plates I’ve painted on while also a play on the pronoun ‘this,’ while “time-table” nods at the stainless steel sculptures exhibited and how they stand the test of time.

Where do the quotes come from?

Some come from my own experiences while others I’ve found through my own reading. I choose these quotes because they capture the introvert sensibility of the show. They touch on themes of love, reflection and self-motivation. I’ve also stuck to predominantly somber color schemes of black, white and grey, as I think the colors really complement the overall mood.

Why did you choose to depart from vinyl toy design in this exhibition?

I wanted to showcase more mature work, while also incorporating styles from the past. Along with the acrylic paintings and illustrations, I showcased stainless steel sculptures as a tribute to my vinyl toy figures. Made with steel rather than vinyl, the sculptures question the longevity of trends.

Why have you chosen to use memorabilia as the key subject and how is this important in your own foray as an artist?

While we don’t have a grasp of the future, we can value the present and learn from the past. We should cherish our memories as they’re important in our personal growth. As an artist, I can understand my faults and improve myself for the future. 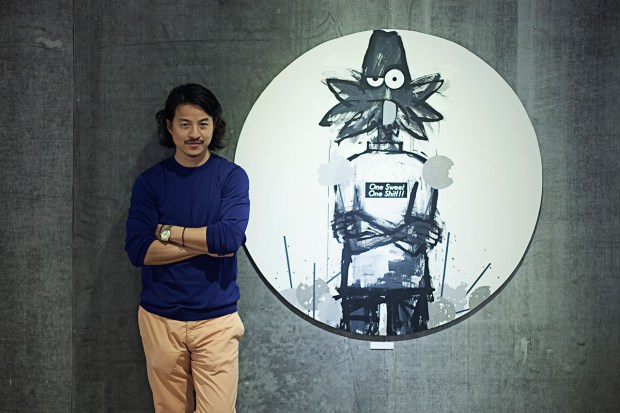 “I wanted to showcase an expansive body of work that would allow viewers to stay and savor each piece of art, submerging themselves in the quotes and its meaning.”

Why have you chosen to showcase 44 pieces for this exhibition?

I started the first Gardener toy at age 29 in September 29, 1999 and released a limited quantity of 99. This year, 2014 I turned 44 so I decided to show by exhibiting 44 pieces. With the vinyl toy fad, I felt people just wanted to consume my designs, purchase the figure from the shop, and leave. With “remember-disc · time-table,” I wanted to showcase an expansive body of work that would allow viewers to stay and savor each piece of art, submerging themselves in the quotes and its meaning.

How do you think social media and the internet has affected the way art is received?

With the internet, you play a role as both a reporter and a consumer on a daily basis. This could be quite draining. As an artist, the tradeoff means you can get your work to the public at a much quicker pace, while also learning about what’s currently happening in the art world.

Following the Gardener series you launched Garden (Palm)er which were 1/12 of the Gardener figures. What was the reason behind this adaptation?

I wanted the figures to be more accessible. If I continued releasing Gardener figures at 12” tall, it would be too costly and inconvenient for the collectors. It would require too much space which Hong Kong residents haven’t got much of. Garden (Palm)er figures don’t require that much space and are cheaper. Twelve-inch figures just aren’t the most practical.

While some Gardener characters were made up, others are based on real people such as James Lavelle, Hardy Bleachman, LMF and Futura. Why have you chosen to make characters out of these people?

Overall, the characters I made had to be interesting and appealing whether they’re made-up or not. The Futura toy was really popular simply because he’s such a charismatic guy in person. I also made a figure of Terry Richardson which garnered a lot of attention. We did a show for Diesel together in 2008 and I thought he was quite an amusing character, so a lot of my work is inspired by friendships I make throughout my career. Every time I’m in a new city I’ll make a figure that relates to the local audience. When exhibiting in LA in 2009, I made an Obama figure based on Shepard Fairey’s portrayal of the president. 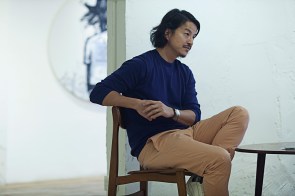 “I guarantee there won’t be too many locals coming to this show because there’s no vinyl figures
to buy.”

Hailing from Hong Kong, what can you say about street culture here?

LMF will always be a timeless group representing Hong Kong’s street culture. During the mid ‘90s, Hong Kong’s street culture was at its prime. Back then, there was a lot less distraction. These days there’s too much integration between different parties and it’s very confusing. For example, the between high fashion, street fashion and sportswear. In the ‘90s, street culture consisted of the four elements of hip-hop and skateboarding. It was simple, rebellious and inspiring. I don’t think the stalwarts of today’s scene know what they’re representing.

In 2010, you did a large exhibition in Times Square, Hong Kong. Do you have any public exhibitions in the pipeline?

In August, we’re holding a show in Taiwan that takes place at a 10,000-square-meter open space. We’ll present the full Gardener collection and also discuss the topic of “art toys,” its origins, and how the genre has evolved.

Why did you choose to have the show in Taiwan and not Hong Kong?

People in Taiwan like to savor art and culture more than they would in Hong Kong. If they like a certain genre, they will spend more time investigating the meaning. The Hong Kong audience are consumed by trends, and have a short attention span because of their busy schedules. If there’s nothing new and trendy they won’t be interested, whereas I feel that the Taiwan audience is more inclined towards the culture aspect. I guarantee there won’t be too many locals coming to this show because there’s no vinyl figures to buy.

Dropping this fall alongside the colorful Hayex Low is a stripe-covered high-top version of the
By T.S. Fox/Jun 5, 2014
Jun 5, 2014
0 Comments
Fashion

With its summer lineup dominated by a bevy of new, innovative running styles, Nike recently
By Staff/Jun 5, 2014
Jun 5, 2014
0 Comments
Music

How To Dress Well – Face Again

In anticipation of his upcoming new album What Is This Heart?, Tom Krell also known as How To Dress
By Petar Kujundzic/Jun 5, 2014
Jun 5, 2014
0 Comments
Fashion

Medicom Toy may be known best for its popular Bearbrick figurines, but the Japanese company also
By Staff/Jun 5, 2014
Jun 5, 2014
0 Comments
Fashion

Having graced everything from tees and hoodies to caps, bags and more, Supreme’s ubiquitous Barbara
By T.S. Fox/Jun 5, 2014
Jun 5, 2014
0 Comments
Music

Left Boy is back at it again and serves us another great impression from his excellent Permanent
By admin/Jun 5, 2014
Jun 5, 2014
0 Comments
More ▾