After a series of store openings in China including most recently in Shanghai, the success of streetwear heavyweight SSUR continues to expand across the globe and across markets with its edgy artistic style and concepts. This of course is all thanks to Russian artist and brand mastermind Ruslan Karablin who was kind enough to answer a few of our questions on the label and the growing number of projects SSUR has in the works. 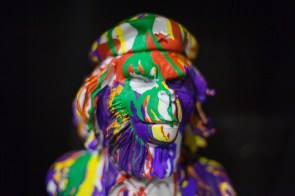 “I have been involved with SSUR© since its inception when I hit my head at the age of 10 and saw everything in mirror form.”

Can you introduce yourself and how long you’ve been involved in SSUR?

My full name is ​​Ruslan Valentine Karablin and I was born on August 14, 1969. I have been involved with SSUR© since its inception when I hit my head at the age of 10 and saw everything in mirror form.

There’s quite a few platforms under the SSUR umbrella, could you break down SSUR, Caviar Cartel, SSUR*PLUS and The Cut? What would make a design suitable for SSUR but say, not for The Cut?

​SSUR© is the “art” and signature brand and more individualized blacked-out clothing with more advanced content. It’s more UNRATED with a smaller more niche audience with a style that’s influenced by sex, drugs and hip-hop.

SSUR*PLUS is a PG version of SSUR© with a heavy presence of camouflage and undertones of revolt and a message of justice and equality. It’s more political.

Caviar Cartel embraces Russian/Soviet heritage and culture with hints of gulag satire. Caviar Cartel is a casual luxury brand with accents from Rugby and sweatpants with tattoo-inspired art and design.

​THECUT//// was originally created as a way to diversify the SSUR© brand in Japan because of unsolicited copyright issues (that’s another story for another time). It was worked on by Jamie Story (J$) and myself because of a mutual love for Bruce Lee. It carries an anti-establishment message of protest.

What’s the overall goal of building out each brand? What channels will we see the different labels?

On Retail, Los Angeles and Collaborations 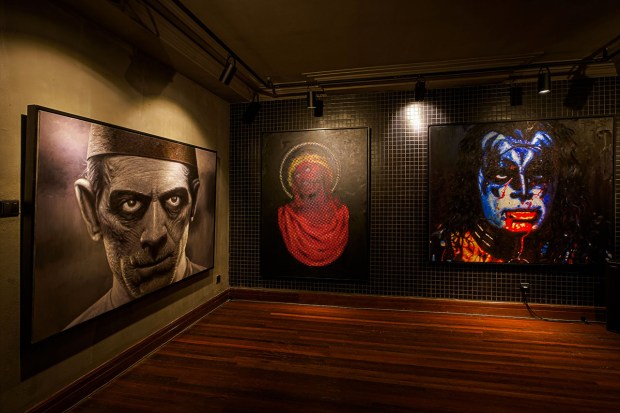 “We want to create a lifestyle feeling and let our supporters and customer base enjoy a more attentive shopping experience.”

There’s been quite a few movements on the retail side of things, what are your goals with that?

​My goal with the retail shops is to be self-sufficient and not count on big door wholesale to keep my business stable. I’d like to keep it as in-house as possible.

Additionally, you have Los Angeles in the works? Overall what sort of vibe do you want to achieve with your retailers?

In terms of retail, we want to create a lifestyle feeling and let our supporters and customer base enjoy a more attentive shopping experience.

From a project stance, what sort of collaborations do you have in the pipeline? We’ve heard about works with Kangol, Crooks & Castles with Caviar Cartel and SSUR*PLUS with G-Shock.

​Those are a handful you’ve just listed. But, there are also a few others in the pipeline, which we will leave to some anticipation and mystery. I won’t reveal too much, but there is always a story we try to work with within the realm of the theme and also the timeline of the projects. Ruslan Karablin tells HYPEBEAST some important things he has learned

The SSUR team recently moved to a new office, how does this change up the structure and creative side of SSUR and how will this change your ability to create?

We now have more space to breathe! And the new office will give me space and focus to create.

After SSUR started to gain movement awhile back following the hiatus, what did you feel was the most important thing you learned?

​Trust no one. Persistence overcomes resistance. What comes around also goes around.

What’s the most fun thing you did in recent times?

​Painted my own version of The Last Supper.

What’s the most entertaining thing you’ve experienced in recent times?

My trip to Moscow.

What’s the most mind-opening thing you’ve read or learned in recent times?

The series was inspired by Biggie Smalls and Tupac Shakur.
By Rosie Perper/Apr 8, 2021
Apr 8, 2021
2 Comments
Fashion

bagjack Brings Its Technical Know-How to the Sport of Golf

The second edition of our latest series, the HYPETRAK Weekly Feature Round-Up, we’re bringing you a
By Zahra Jamshed/Mar 3, 2014
Mar 3, 2014
0 Comments
Fashion

Hitting up London for the latest leg of her Mrs. Carter tour, here’s a visual recap of Beyoncé’s
By Zahra Jamshed/Mar 3, 2014
Mar 3, 2014
0 Comments
Music