1 of 4
Los Angeles brand Stampd has maintained a dedication to American-made goods.
2 of 4
3 of 4
New Balance has prided itself on American and British-made footwear.
4 of 4
A look into one of the factories of Californian-brand Everlane who have been transparent about their production methods.
Aug 22, 2013
0 Comments
Aug 22, 2013
By Robert Marshall Jr.

Since plummeting into the “Great Recession” of the 21st century, the vast majority of America’s population has spent time prioritizing their financial values. Not only have many Americans become more conscious of their spending levels, but they have also become aware of where their purchases are originating from. Case in point — fashion’s affinity for classic, domestically-made garbs. We interviewed Richard Liu for this piece and the founder of DSPTCH put it simply by saying, “Every single American has a connection to the working class in some way or another and I believe this is helping guide consumer behavior to really think about how they spend their money, rather than just finding the cheapest item.” Now, although this heritage trend has died down a bit since its peak a few short years ago, we began wondering, will American-made clothing continue to hold weight in an always-evolving industry, and if so, how does it currently compare to overseas production? To help validate our findings we asked a few industry stalwarts to provide their opinions on the matter at large.

The notion that American-made clothing is of better quality than its international counterparts can be either true or false depending on one’s perspective. With the United States currently in the midst of rebuilding its manufacturing hubs, some argue for overseas production facilities as they’re presently filled with advanced machinery and experienced workers devoted to perfecting a particular craft. On the other hand, since overseas production has been tailored to meet large-scale orders at low cost they may be apprehensive in taking on smaller requests. Subsequently, larger factories may not be capable of providing the level of responsiveness necessary to adapt to niche markets and their evolving needs.

Quality control is often looked at by industry players as a task that can really only be maintained consistently when working closely with domestic manufacturers. Andrew Chen of 3sixteen spoke highly of his Californian production team, stating, “We have increased accountability and quality control because we’re able to visit our factory and check on sampling and production.” Going further Chen mentions, “Nothing replaces face-to-face work; things get done faster and fewer details are missed when you can review projects in person.” Alex Valdman of Californian brand Giro (and previous founder of HomeRoom) was able to chime in as well stating, “Great products rarely happen on the first try. Rapid prototyping and failing fast lead to greater product than you originally imagined. The ability to sample in-house or at a local location is key to developing an idea that overshadows your original intent.”

Liu adds “the perception of ‘poor quality’ is in regards to the materials used, rather than the actual fabrication technique itself. Where you source your materials is just as important, if not more, than the attention to detail during the manufacturing process.” Meaning, a skilled workforce exists all over the globe, so what makes something of better quality is not solely reliant on where it’s made, but also its design, materials, attention to detail, brand ethos and so on. 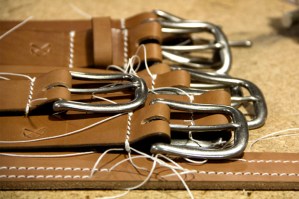 “Quality control is often looked at by industry players as a task that can really only be maintained consistently when working closely with domestic manufacturers.”

Obvious benefits to employing a domestic manufacturer can be found in shipment and communication. As Liu puts it, “Being able to pick up a phone and speak with our factory manager, ship packages overnight, or even work in the same timezone really helped speed up the process in so many ways.” Of course traveling by freight and/or plane can take some valuable time away from one’s logistics planning. “Our jeans can go from the factory to our warehouse shelves in a day’s time,” echoes 3sixteen’s founder. Yet Chen adds with regards to foreign suppliers, “Turnaround times are accurate. We receive shipments when we’re supposed to receive shipments.” With shipping being reliable, yet timely, communicating with overseas manufacturers however, can certainly pose its own complications. Although many factory foremen take the time to learn a foreign language or two to expand their international scope, communication barriers within the supply chain are still very much an issue. Liu said of overseas communication, “Not speaking the same language, cultural barriers and lack of voice communication all raise the likelihood that the product you want made is not going to be to your specifications.” 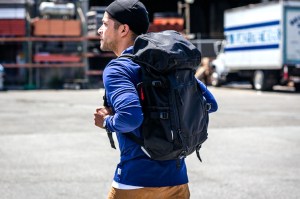 For decades, the costs associated with American labor has quite often deterred clothiers from bringing their production facilities stateside. However, as Chen states, “That gap is slowly closing as workers demand living wages around the world.” This is due to the direct result of developing nations and its citizens seeing natural increases in their standard of living, with additional factors including: the depreciation of the American dollar; the creation of foreign labor unions; government imposed costs like tariffs and labor laws; consumer scrutiny towards outsourcing; shifts from manual labor to robotics; and of course the ideas mentioned above — quality control, transportation and communication.

“For decades, the costs associated with American labor has quite often deterred clothiers from bringing their production facilities stateside. ”

Faced with a bleak job market for the better part of a decade now, many Americans have been pressured to seek lower-paying jobs. With this extreme jump in the supply of domestic labor, as well as the aforementioned foreign workforce changes, the cost to employ fellow Americans has not been as lopsided as many once assumed. From a consumer prospective, many have been more conscious of their purchases, preferring to support our neighbors in need as well as our struggling economy. Brian Dunlap of Matix echoes these sentiments concluding, “There is something about helping create more jobs and giving back to our homeland.”

All things considered, domestically-manufactured clothing will surely to be an important purchasing factor for consumers as disposable income levels continue to rise in America. What we’ll need to pay attention to as time progresses however, is the quality of design coming from these American clothiers.

“All things considered, domestically-manufactured clothing will surely to be an important purchasing factor for consumers as disposable income levels continue to rise in America.”

Everything You Need to Know About the 'Chicken Wars'

Manuel Bozzi’s design aesthetic for men’s accessories is dedicated to meticulous craft and use of
By Zahra Jamshed/Aug 22, 2013
Aug 22, 2013
0 Comments
Fashion

Behind the Scenes at Cone Denim | Video

Widely-regarded as the best America has to offer, Cone Denim has been a leading supplier of denim
By Jonathan Poh/Aug 22, 2013
Aug 22, 2013
0 Comments
Footwear Fashion

Sneaker Freaker has unveiled its 28th issue, dubbed “Airmaxtravaganza,” and honestly it looks to be
By James Shorrock/Aug 22, 2013
Aug 22, 2013
0 Comments
Music