Based on popular 80s skater Christain Hosoi, his original SK8-Hi release was popular amongst many spawning a 2nd generation of releases. Keeping consistent with the previous release in terms of color and design, two new models have been added to the roster. These include an Era and a Slip-On. Check your local dealer for the goods, if you’re in the area Honolulu’s 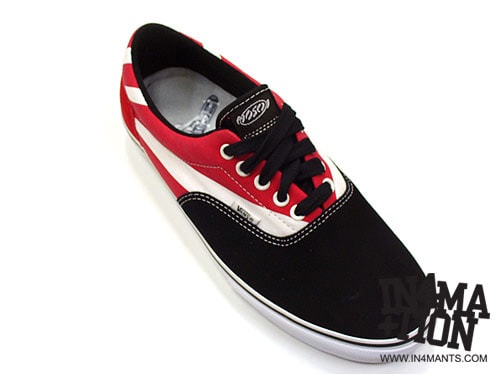 Levi’s Japan has debuted a comprehensive look into their 2008 Men’s collection for Spring. Their selections can be seen over different sub-ranges including LVC, Levi’s Black, Levi’s Engineered and Levi’s Premium, each broken down into a variety of cuts and colors. The whole collection can be seen here.
By HB Team/Jan 31, 2008
Jan 31, 2008
0 Comments
Footwear

As one of the leading toy makers in the world, Japan’s Medicom Toy has created countless toys embodying a sense of detail and realism unparalleled. Six new figures from the Metal Gear Solid video game franchise will release including characters from previous titles. The figures will hit select dealers in mid-February. Source: Zozotown
By HB Team/Jan 31, 2008
Jan 31, 2008
0 Comments

If you’re a hardcore fan of the Final Fantasy legacy and want a chance to openly display your love and affection for one of the greatest video game franchises ever, PS Pictogram PSP and Porter have created a special case in honor of Crisis Core Final Fantasy VII. The black case is printed with a subtle feather pattern referencing the game. The case will release late February/early March through Zozomesse. Crisis Core Final Fantasy VII is also tentatively slated to hit American shores on March 25th.
By HB Team/Jan 31, 2008
Jan 31, 2008
0 Comments

You’d never really associate track bikes with the same artistic flare as say board sports or BMX. Bootleg Sessions is a fun take on a series of riders messing around on their fixies. No story line or extra crap, just straight up riding and documentation of riders doing their daily thing. The DVD is available for order now through Bootleg Sessions and other retailers around the world. Photography: Jose Martinez
By HB Team/Jan 30, 2008
Jan 30, 2008
0 Comments
More ▾