Y-3 has always been known for creating progressive silhouettes and for merging function and fashion. The Qasa is definitely one of the more interesting silhouettes of the last few seasons. Upon its unveiling, it quickly became a so-called goth ninja approved shoe… almost like a new option beyond just Rick Owens Dunks. Furthermore it has also drawn some comparisons to the ever-popular Roshe Run from Nike for a similar shape and silhouette. In this first Sneaker Lab, we take a more stylized approach to reviewing the original Qasa. 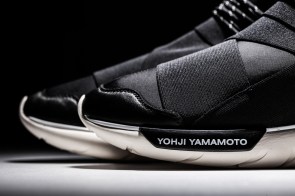 “These bad boys are simple and clean, but have a lot of nice details and unique design elements.”

First and foremost, this is exactly the kind of style and design I would expect from the ongoing collaboration between adidas and Yohji Yamamoto.

Recalling some other Y-3 styles, I remember seeing mainly upper designs mounted onto existing toolings/outsoles from other categories (Originals, Training, etc.) or from other signature styles. And even when a new tooling/outsole were created, the differences were so minor that hardly anyone could tell.

But by spending so much money on a high-end Y-3 product, one would assume you expect not only quality materials but also some minimalistic uniqueness, which the Qasa definitely offers. These bad boys are simple and clean, but have a lot of nice details and unique design elements.

I guess that’s also the reason why the Qasa has gotten so much more attention than any other recent style from this category that come to mind.

This is definitely one of those sneakers that looks much (much MUCH) better on the foot than on the shelf, particularly the smaller sizes: they sometimes look pretty weird because the thickness of the midsole makes the shoe looks disproportional, especially with the low-cut versions.

The tooling/outsole reminds me of something like a hovercraft and doesn’t exactly look too comfortable at first. But just as with the look, they’re amazing once they’re on the foot and are super comfortable. The flexzones in the forefoot are on point and provide proper fit.

With the high lacing and the small number of eyelets, the vamp might look a bit too long. But if we look at the vertical overlay, we see that the leather on the lower part, the neoprene straps on the mid part, and the thicker outdoor-inspired laces balance out the long vamp.

I think using the heel counter as a foundation on the Qasa is a pretty smart move on adidas’s part. Looking at the history of the ZX family or the newly introduced ZX Flux, you will see some familiar design DNA that adidas needs to learn to repeat and claim visual ownership of.

While the mid-cut is made mainly out of synthetics and the low version – a full leather version – I can say that the quality on both is great and the value-for-money is definitely there. The leather on the low version is close to the visvim FBT from several years ago and used on the base of their backpacks. For me personally, the grain texture is a bit too much because that’s what synthetic leather tries to duplicate visually so people perceive it as real leather.

The front piece in the forefoot printed with Yohji Yamamoto on it came off after wearing them several times. I would have used a more resilient printing method or even do a deboss with printing to make sure it stays longer.

How Much Does It Cost to Make? 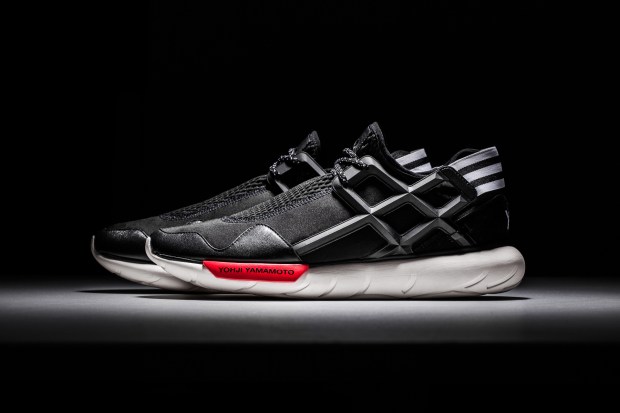 The FOB (Freight On Board) or the general costing of a shoe is always an interesting topic. You’re never really certain unless you’re closely tied to the development of the shoe. In addition, one also doesn’t know the amortization of the tooling. Basically what it entails is that when you create new toolings, generally it costs several thousand dollars and upwards for one size, meaning whole size runs are extremely expensive — as is the case with the Qasa, you aim to bake in the costs of the tooling in the overall price of production. So when calculating, it’s not only materials and labor, but also the cost of the tooling. The shorter period of amortization, the more expensive the FOB.

After gathering a few different opinions, I would speculate the FOB to be around $30-$40 USD (for Y-3 Qasa Low). 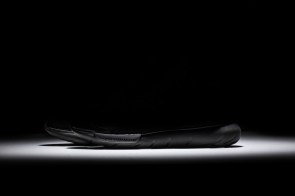 “The Qasa is more
for someone who appreciates hidden and unique details that are explored through using the product.”

A lot of people hit me up and asked if I feel there are any similarities to the Nike Roshe Run. My answer is a definitive “no.” Don’t get me wrong, I appreciate the Roshe Run, it’s a clean outsole with a simple derby upper that is being offered for a specific consumer with a certain budget. But the Qasa is more for someone who appreciates hidden and unique details that are explored through using the product.

Also coming back to what I said in the beginning, this is an extraordinary silhouette I’d expect from Y-3. Frankly, I don’t know if we would/could have accepted such a silhouette earlier in the game, but the sneaker game has changed a lot lately, and peeps are now more “open” to new styles and silhouettes. In the past, PUMA was trying special things with Hussein Chalayan or even Mihara Yasuhiro earlier on and somehow didn’t get a positive response. If there is a perfect timing, it would be now.

Andy Chiu has been an avid sneaker collector since 1991. Making the trip from his native Germany to the ‘92 Olympics, he was inspired by the U.S. Dream Team’s dominating performance in Barcelona — and of course the shoes on their feet. While Chiu’s initial experiences in the professional world took him to L’Oreal and Mercedes-Benz, this love for footwear saw Chiu return to his first love. Joining the industry though adidas Originals, he helped launch adidas Originals’ Consortium range as well as other highly influential projects, including a HYPEBEAST x adidas x Solebox project. Soon after, he joined PUMA, heading up their motorsports business. Currently, Chiu serves as German beer brand Warsteiner’s global creative director. You can get more information on him through his Instagram account @ashchiu.

Y-3 Presents a Triple-Black Version of The adidas Superstar

A Bathing Ape’s offshoot brand AAPE returns to the HYPEBEAST domain today with a preview to its
By Robert Marshall Jr./Feb 24, 2014
Feb 24, 2014
0 Comments
Fashion