Hip-hop publication RESPECT. recently conducted an interview with Odd Future’s Tyler, the Creator, who graces the limited edition cover of its second volume, issue 3. Lengthy and insightful, the piece covers just about everything Tyler, including the origins of Odd Future, his personal lifestyle, musical beginnings and just about everything in between. Excerpts from the interview are offered below for your reading pleasure.

How’d you come up with the Odd Future concept?
It was supposed to be a magazine, at first, in my sophomore year. But what 15-year-old do you know—from a single parent—who’s gonna make enough funds with no job to really do a magazine? But it was supposed to be a magazine that sponsored artists. It was me, Left Brain and Hodgy. I like keeping shit in-house. I wanted my friends to be the ones taking the pictures of the people I’d interview, which were my friends who were skateboarders. I’d make advertisements to go in there instead of getting ads from some clothing line.

What were some of the MCs and artists who influenced you the most?
The Black Eyed Peas’ first album, Eminem, Dr. Dre’s 2001 record. I thought I was Usher at one point—not gon’ front. My Way was a tight album. The video with Tyrese? The fuckin’ “My Way” video where they dancing and shit? I could do that whole muthafuckin’ dance. I liked music, it wasn’t just rap music in general. I didn’t know how to play piano ’til [I was] about 13, after I seen Pharrell play during the Clones DVD. I’m a big Neptunes fan, like, die-hard. Name a date—I know when it came out, how many tracks, how long they are. But when I seen him play that piano, I was like, That is the coolest shit ever. I was like, I need to learn how to fuckin’ play piano. My mom never wanted to give me lessons, so I taught myself to play.

But your mother was still supportive, right?
She bought me a keyboard when I was 14. At first I was just playin’ with four fingers, until I learned and taught myself chords. I still can’t read music to this day, still can’t even tell you what chord I’m playing, I just know. It was one summer where I printed [OutKast’s] The Love Below, all the notes, and I tried to learn ’em. I got to “She’s Alive,” number 15 off that album. I learned the first eight bars to that, and I was so happy.

So piano led you to learning how to do full production with drums and creating your own tracks?
I actually started making beats at 12. My mom had a friend, he gave me this [software] called Reason. I produced 80 percent of Bastard on Fruity Loops. I never really went to real studios. I recorded “Yonkers” at a big studio. That was my first experience.

You guys are adamant about how the prominent hip-hop blogs weren’t embracing you. Without their support, how were you guys able to build an audience?
It was word of mouth. But [the blogs] were just not fuckin’ with us. There’s this site called HYPEBEAST; I’d post on the forums there, and they always showed us a lot of love. I kinda feel like without them, we wouldn’t even be where we’re at now. They were the only ones who took the time out to listen. No one else would fuck with us. They still won’t. I got over it, because out of everyone they post, I’m the most successful of all those little muthafuckas they fucked with. It just made me work harder, made me wanna prove them wrong and show them they’re elitists.

On your new song, “Radicals,” you warn people not to do anything you say in that song. Are you really concerned that it will influence unlawful behavior?
That song is going to go two ways: It’s going to be one of the songs that could make me an icon, and that also will be a song that will get me in a lot of fuckin’ heat with a lot of parents… If Columbine is reenacted or some shit, that’s gonna be on my fuckin’ head. Yeah, it’ll be my fault, just like it was Em’s and Marilyn’s and fuckin’ Slipknot’s and all them muthafuckas.

What is your favorite put-down?
I’m not homophobic, but if someone calls you a faggot—I don’t care who you are—you’re going to be like, What? That shit hits. Why not use that for anyone who does anything stupid? I’ve been writing a lot recently, and I have that in a fuckin’ rap where I tell you I’m not homophobic. I have gay friends and shit, so I just use that word on anyone because it hits people.

How’s your lifestyle changed at this point?
I’m not gonna front, I got a little money, but I’ve worked hard for that. That’s from little shows and remixes and shit. I mean, you see I don’t have jewelry on. I just bought a fuckin’ watch—my favorite watch in the world is from eighth grade, that they sold at Burger King. I bought it off eBay, for five bucks. Shit like that matters to me. I don’t buy jewelry. The money I do have, it just goes to cereal, shirts with unicorns and kitties on them and food. I’m finally able to eat now. It’s kinda cool to go to the store and buy some fuckin’ cereal and some cookies and go back to the house.

How are you doing with being recognized now? Are you ready to deal with all the attention?
Every time I’m where I’m at, I gotta take pictures. It kinda sucks because I go there to skate and loiter, but someone will come by, “Can I take a picture? I’m a big fan,” telling me their life story and shit. Another side of me secretly likes it. I get to meet a lot of girls. So it’s chill. You’ll be surprised the type of races that I bring together, which is really cool. The races are cool—the people kinda suck, some of their mentalities. “Oh, you bringing hip-hop back. I’m only down with real hip-hop, under-fuckin’-ground. Don’t sell out. Don’t go mainstream.” Shut the fuck up. I hate those dudes.

You want to be successful, but you want to keep your creative vision. I want to get where I want to be. That’s what I was telling you—I made it on the radio, where you have to make a fuckin’ poppy-ass song, and I did it with the shit I wanted to make. That’s big to me. I only do shit I really, really want to do. A lot of people would ask me to perform at their things—I’ve turned down a lot of shit ’cause I just don’t fuck with it. I mean, sure, that money looks good, but that doesn’t excite me. If it doesn’t really excite me or it’s not on my goal list, I say no. Sometimes I don’t want all this shit on me. Sometimes people only look at me, and I have to remind them that it’s, like, seven other niggas I’m with.

How did Frank Ocean get into the picture?
I talked to Frank on the phone for like two hours once before I even knew him; he was picking my brain because he liked what he was seeing, and he was signed to Def Jam. When we met, he’d come by the studio and watch us work. We just started kicking it. He’s like an older brother. I’d introduce him to shit like skateboarding and us doing mischievous shit like yelling at people and throwing eggs. He introduced me to rich-nigga shit. He was doing the good life, driving a fuckin’ Beemer and doing cool shit I’ve never seen, going to weird-ass restaurants and just changing some of my views. Like now, I want to make a million by 23, shit like that. That’s my deal. I stay in contact with him every day.

You don’t want me to put together a beer summit for you and those bloggers?
Fuck them dudes. I’m over it. I’m not gonna sit here and hate on them no more, but that Grammy speech is directly for them. Yet they haven’t said anything, so that might just be for that eskay dude from Nah Right.

You don’t even drink, right?
Never had a drink in my life—at all. Not ’til Grammy night.

The rest of the interview can be read here. 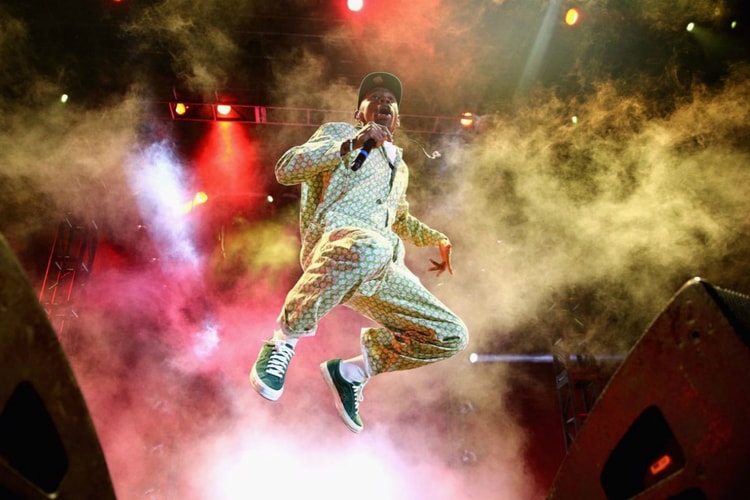 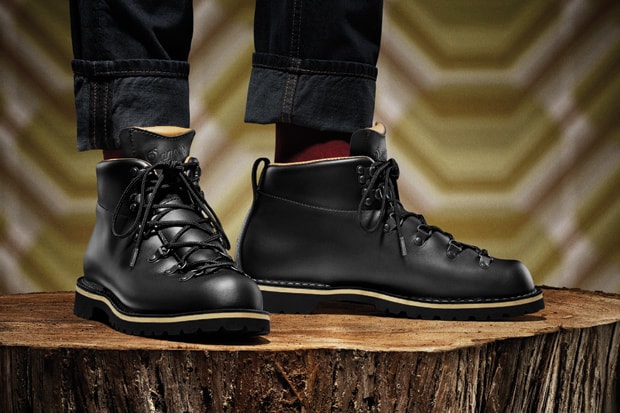 The Stumptown series is a collection of original Danner patterns brought back to life with a
By L. Ruano/Jul 11, 2011
Jul 11, 2011
0 Comments 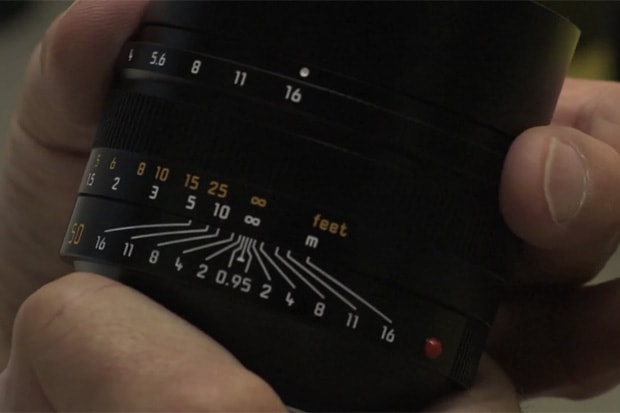 The Making of Leica Lenses

Every Leica lens is handcrafted and goes through meticulous manufacturing processes to uphold
By L. Ruano/Jul 11, 2011
Jul 11, 2011
0 Comments

Being offered is the complete performance of Shabazz Palaces’ recent visit at Seattle’s KEXP
By Petar Kujundzic/Jul 11, 2011
Jul 11, 2011
0 Comments 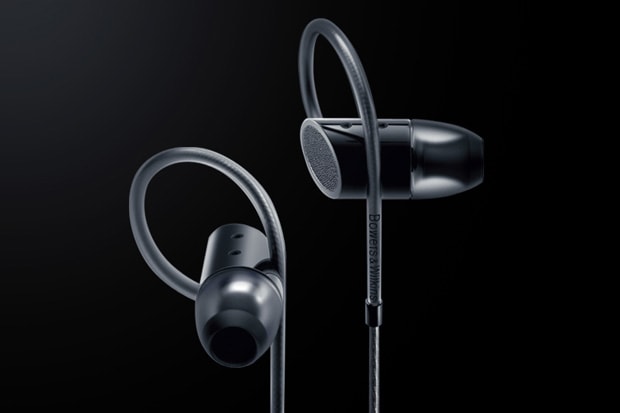 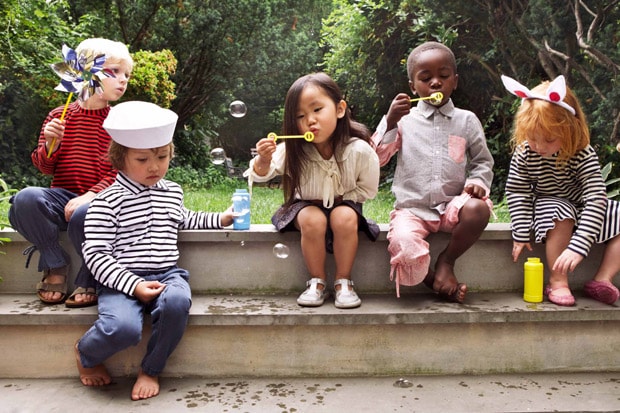 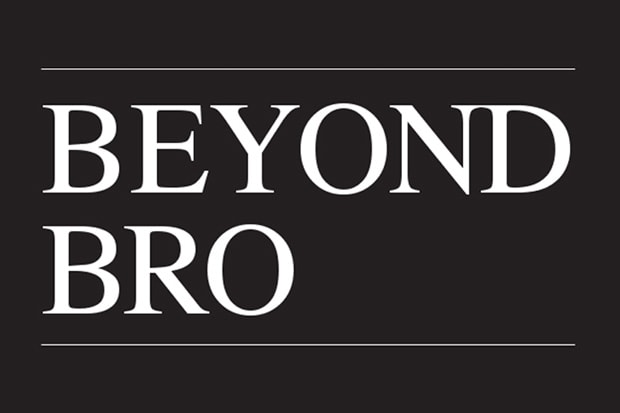