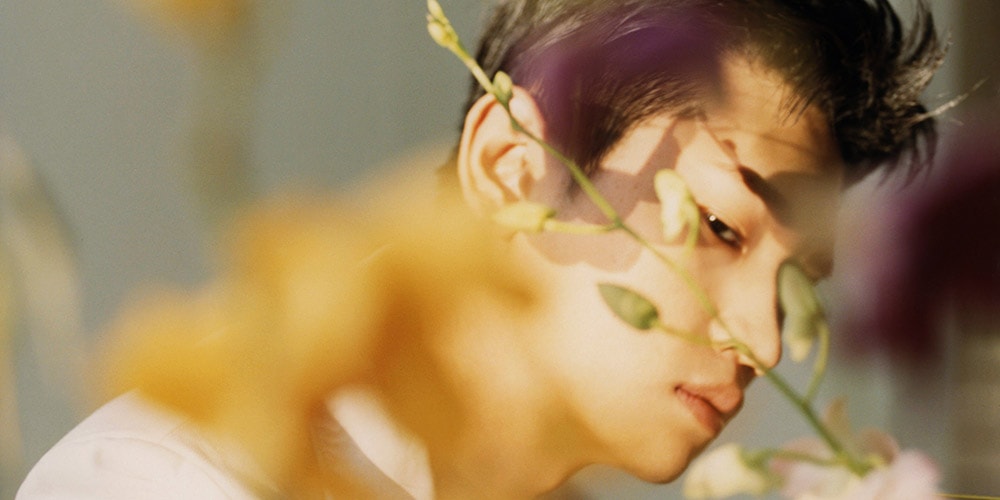 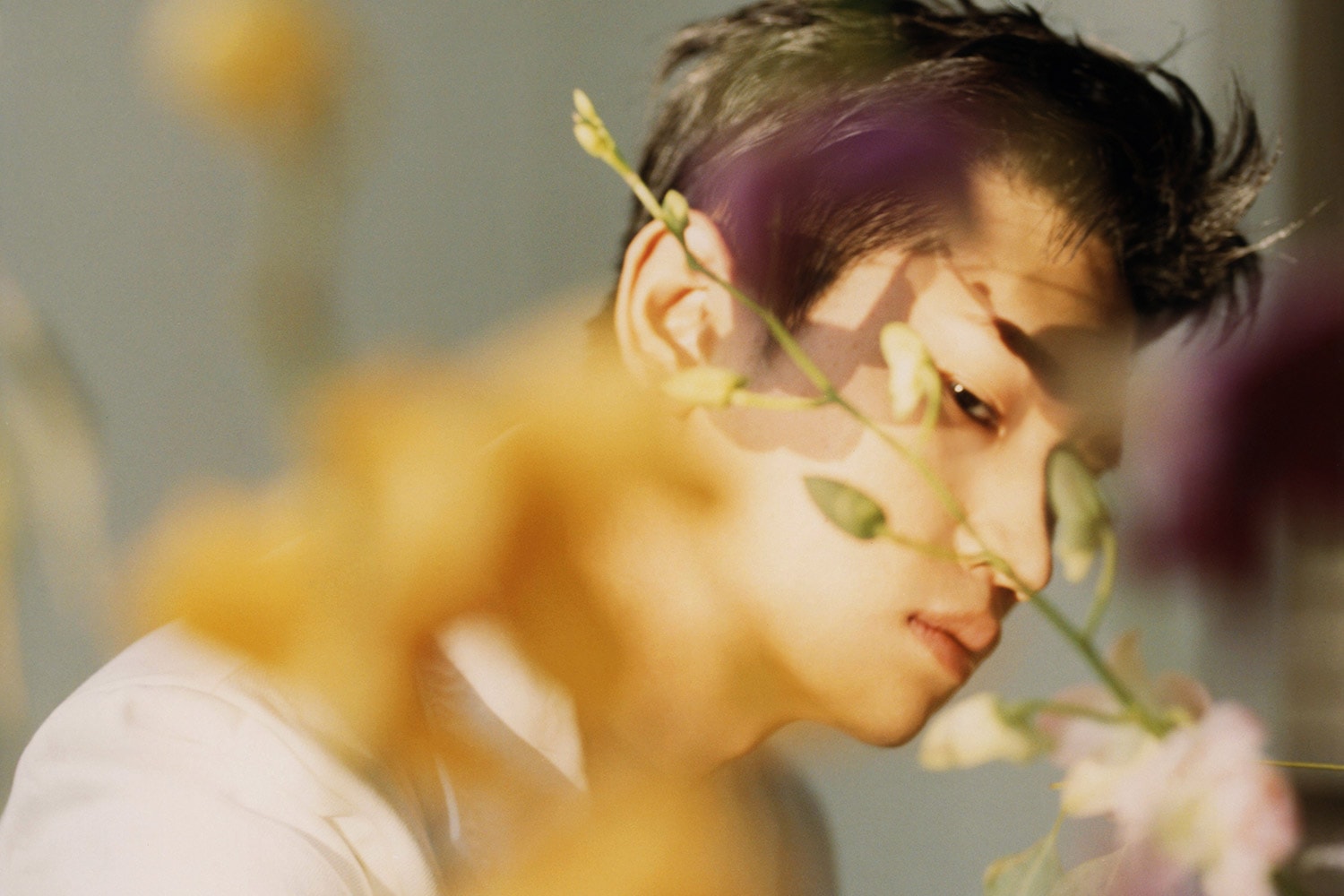 Crush, real name Shin Hyo-seob, released his first studio album, Crush on You, back in 2014. He remained in the music scene since then, but it took Crush another five and a half years to finally release his second complete studio project, From Midnight to Sunrise. “I wanted to share my personal feelings of my artist career in the form of a personal diary,” the South Korean artist shares with HYPEBEAST in an almost confession-like tone, with the intention of passing on this consolation he spoke of by revealing and capturing himself as he is.
“I received a consolation from listening to another person’s music, and I, too, would like to pass that consolation on to everyone,” he says. HYPEBEAST Korea sat down for a raw and honest conversation with Crush. 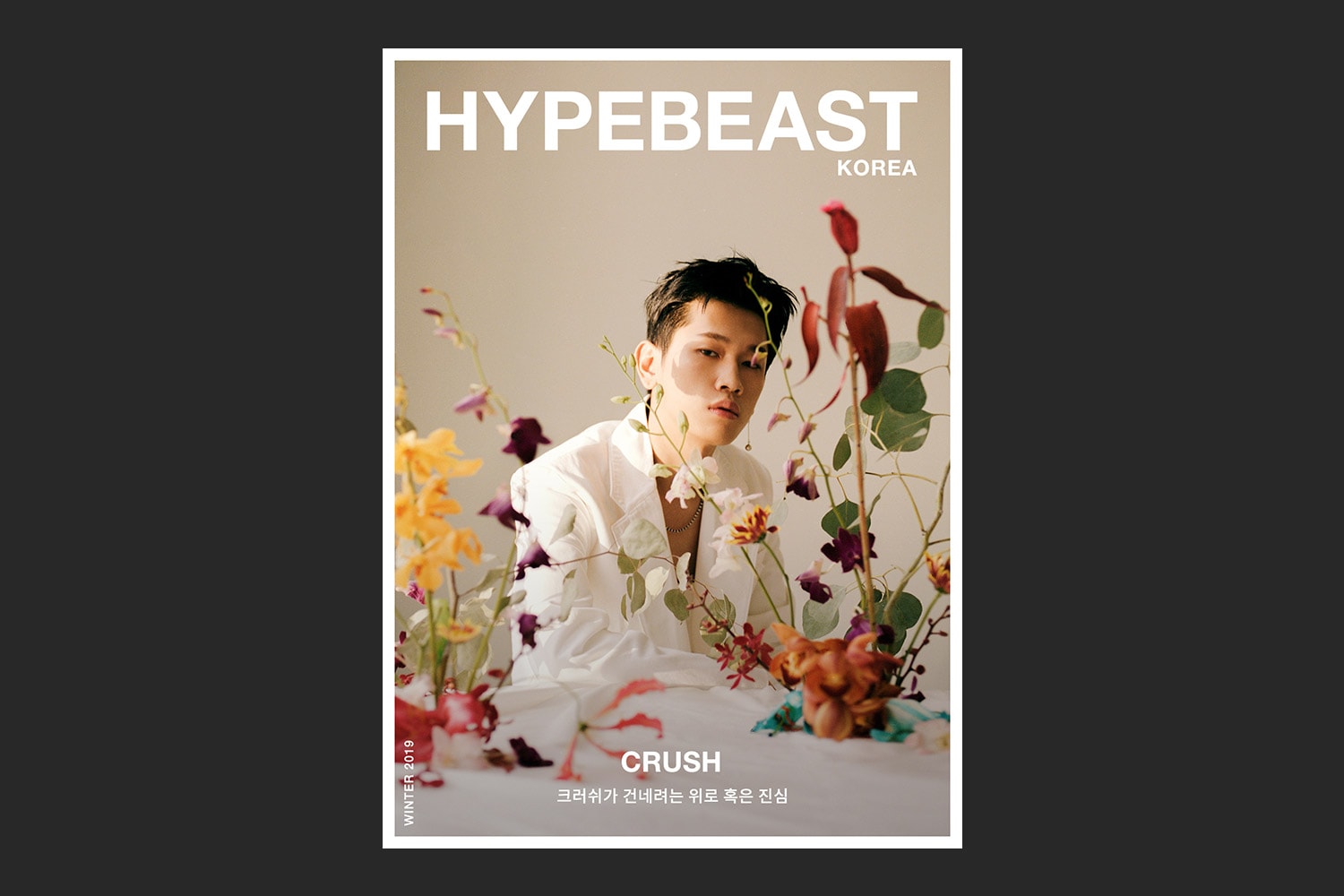 Starting with your physical appearance, how did you come to lose so much weight — how do you feel now?
I didn’t intentionally go on a diet. I think I suddenly lost so much weight during the final moments of album completion. I think I’ve lost about 6kg, and the change is positive in several aspects. I feel like I look better in pictures and more than anything else, I feel much healthier.
Why has it taken five and a half years to release From Midnight to Sunrise?
I think it’s because I was constantly dissatisfied with the album’s musical identity. The album took around three years to prepare. There were areas that felt incomplete, so I had to keep editing on and on, which led to continuous delays. After every delay, my mind became more complicated and as a result, it took the five odd years for me to complete my second album.
How did you come to terms after so much dissatisfaction?
Last summer I moved to a different record label after the release of my single track album, Nappa, and I think this motivated me to release a regular album. Of course, I have been preparing before that, but the change in working environment eventually led to a change in my values and attitude. I believe it allowed me to refresh my mind and conduct a self-introspection. “I feel I wouldn’t be able to make music for long if I took the easy way out.”Are you satisfied with the outcome?
I always demand more of myself, but this is the first time I’ve had no regrets after the mastering process. So yes, I’m satisfied.
I feel like I’m intentionally choosing to take the harder way. Otherwise, I would be making music that caters to the taste of the public and be receiving more popularity. It would be a lie if I told you that this never crossed my mind, but I feel I wouldn’t be able to make music for long if I took the easy way out. And I believe this album is a result of these thoughts.
How would you describe the album From Midnight to Sunshine?
An album without lies. I’ve wanted to share the feelings that I felt during my artist career in the form of a personal diary. And this album is like a turning point, which is why it contains a lot of personal confessions.
What is the story behind the album’s title?
It was about three years ago, when I went on a walk with my dog Dooyoo to Jamwon Hangang Park around midnight after work. It was around 5:50 in the morning, and I saw that the sun was coming up from the east side, while the west was still pitch dark. In the borderline between the two sides, I came to wonder about which point in my life I stood at, and I decided to make an album out that moment. 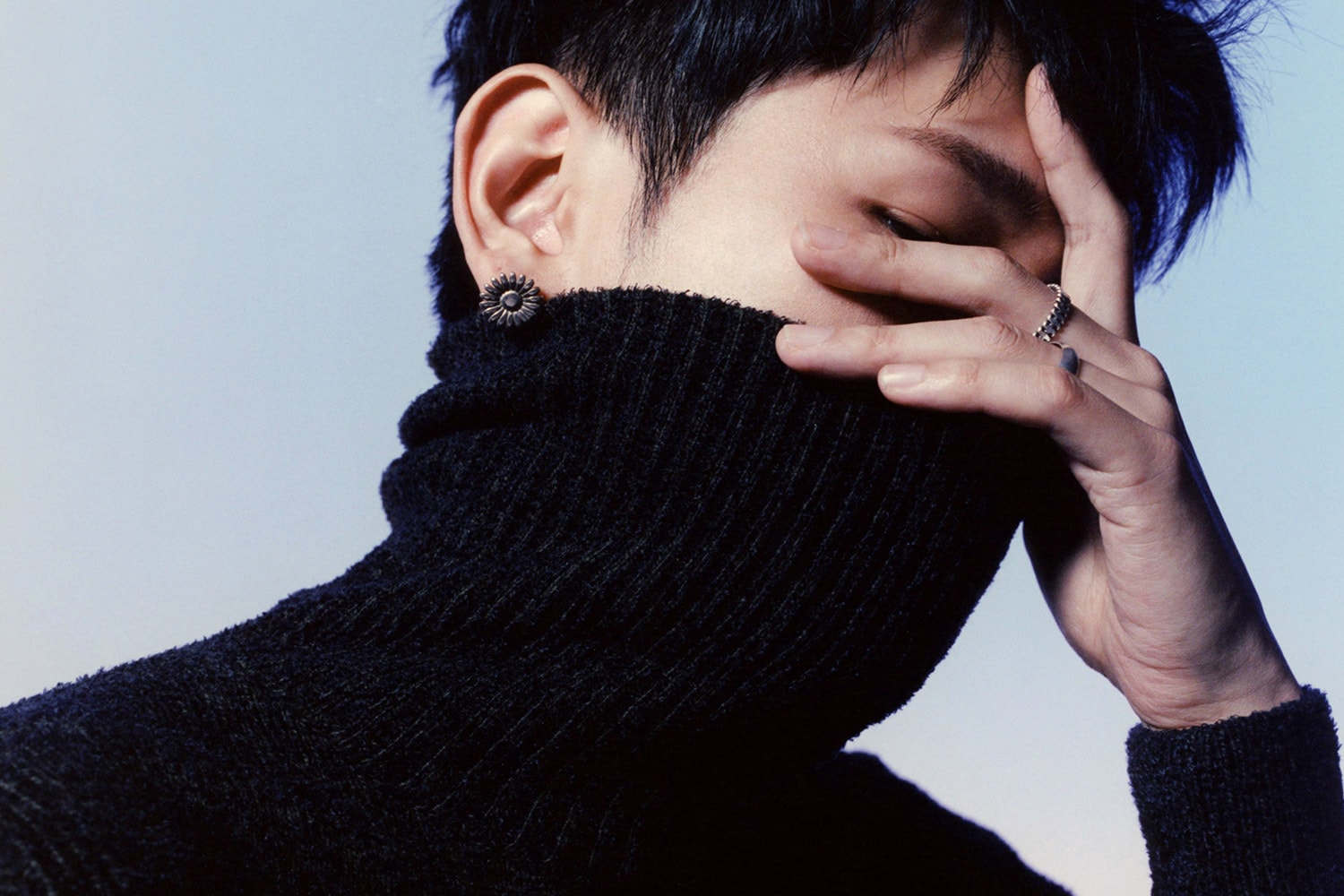 In 2016, you described the EP Interlude as the start of a journey, followed by Wonderlust and Wonderlost. Is From Midnight to Sunshine an end to that journey?
I think this is still part of an ongoing journey — it’s not over. In fact, I’m still well before the midpoint, and still wondering how long this journey will last and where it will take me.
I’ve said that the new album holds a message of consolation. I’ve received consolation from another person’s music before, and I too would like to pass on my message of consolation through my own music. I think everyone has their own sense of loneliness. I wanted to encapsulate that and console them, given back what I have received.
Perhaps the consolation of others can lead to healing one’s own feelings. Was that the case for yourself?
I believe it is a lonely path. I felt exhausted when I was really focused on my work. At the same time, I was more strict on myself. This is something that isn’t easy to share with others, as I don’t feel I’m facing “difficulties” per say. I just thought of consolation in the form of listening to each other’s stories and mourning together.
When previewing From Midnight to Sunrise, you mentioned in a Stone Music Ent interview that “there are a few tracks that could change Korean pop music” — what are those few tracks?
I think I was a bit careless to say that. I believe my message was to play a positive role in the Korean pop music industry through this album rather than entirely changing the scene. As much as I have learned from senior artists, I simply intend to maintain what they have left us with. But I may have been referring to the tracks “With You” and “Alone” when I said that.
The track “Alone” immediately reminds one of winter — is that its intention?
I personally prefer autumn and winter amongst the seasons. Although winter is cold, I feel it actually carries a stronger sense of warmth. The track “Alone” was made with the intention for people to feel this sense of warmth.
“I am personally a huge fan of music from the golden era of R&B, including Boyz II Men, Brian McKnight and Stevie Wonder.”The vocals and composition of “Alone” are reminiscent of Korean R&B in the ‘90s.
Implementing elements of ‘90s R&B was intentional. “Alone” was composed with our band’s keyboardist Hong SoJin and it first started when she suggested we make a track to pay homage to ‘90s R&B. At first, we simply tried to make an interlude, but every single person who listened to the piece really liked it. This made us want to develop the track even more and we started putting down lyrics from the diary. Also, I am personally a huge fan of music from the golden era of R&B, including Boyz II Men, Brian McKnight and Stevie Wonder.
I thought I was listening to the voices of Johan Kim (Solid).
My music influences span across Korean R&B and Ballad, as I am personally a fan of those genres — Solid, Toy as well as the former Jaeha Yoo are all part of that.
Could this be seen as a form of retro?
This reminds me of what guitarist Shin Jung-hyeon said: “The young generation these days live in era they choose to be in.” I, too, believe that we’re living in a period where trends are meaningless. Therefore, I don’t think I tried to create a trend of any sort. It would be more accurate to say that I am creating music that I like, was influenced by, and would like to pursue. 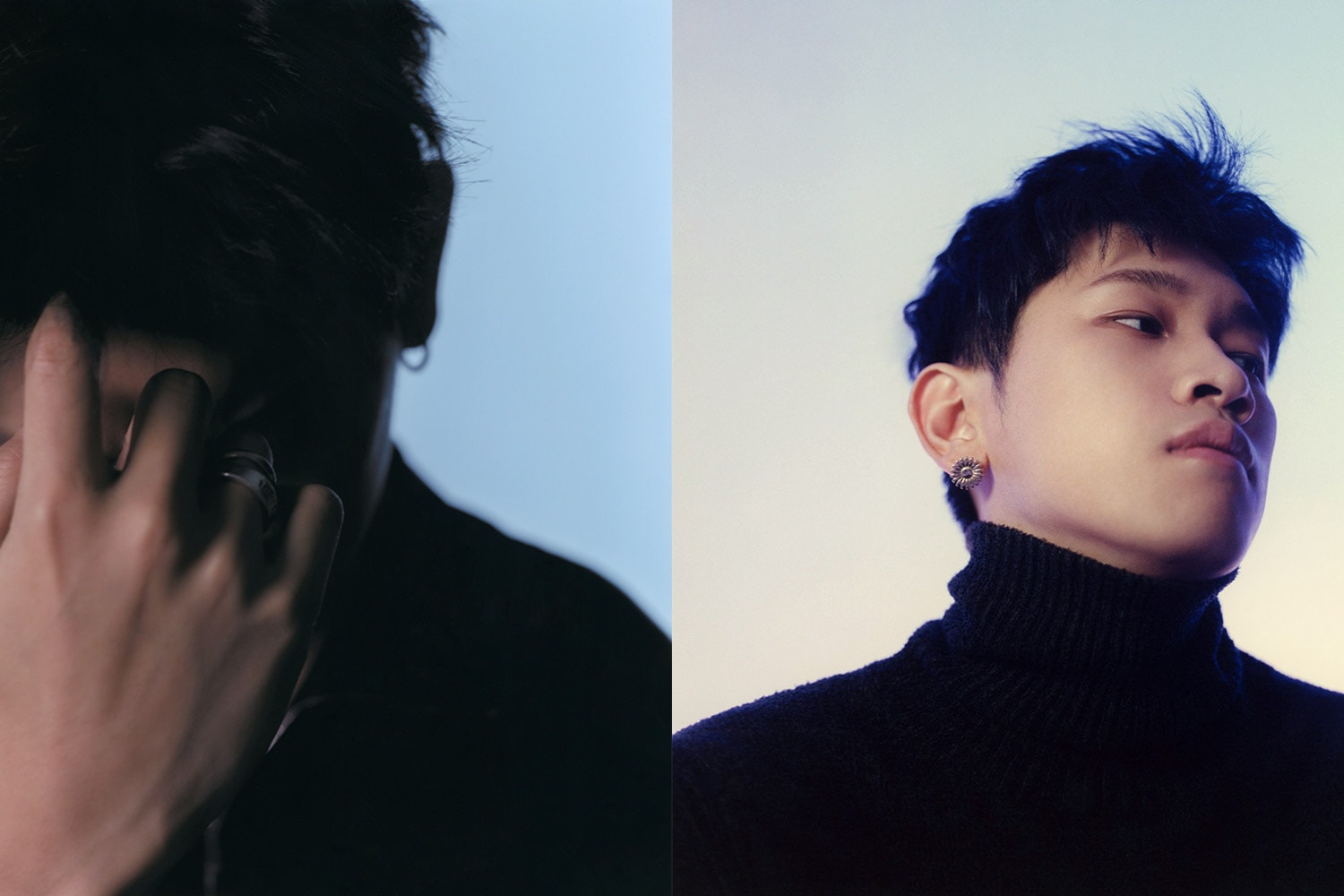 I am aware that you wrote the lyrics to all your tracks. It seems as though you have a special attachment to your lyrics.
Ever since Wonderlust in 2016, I started to form an interest in the technical harmony between the music’s mood and sound. I started to pay more attention to the lyrics that could melt into the mood. I believe I thought a lot about how to better match my sincerest emotions with the melody.
Which track in the new album did you spend the most time on?
The lyrics of the 10th track “Cloth,” where I’ve expressed myself in the highest purity. I wrote the lyrics with the idea of opening everything up about myself, even my most embarrassing aspects. The lyrics of “Alone” also comes to mind. The details from my personal diary were edited by poet Oh HwiMyoung, whom I called in for advice as I have always admired him.
The word “wonderlust” has appeared several times in this album. Does the word hold any particular significance to you?
It is, all at once, my motto, the name of my brand and my band. Earlier in the interview, the word was expressed as a journey and I believe I intend to portray my will to journey with a lot of curiosity to seek for an ideal state.
You mentioned that your EP Wonderlust was like a turning point.
It was around three years ago. Ever since Wonderlust, I started to study my music and myself. From Midnight to Sunrise is an album influenced by old records, as I also started collecting records after Wonderlust.
What kind of study are you referring to?
I think I was able to understand how those in the past were able to make music, that the answer to my questions could be found mostly from history. So I started buying vintage audio equipment, including old turntables and amps. I even tried using microphones used by Michael Jackson and these experiences allowed me to understand why music was recorded or used in a certain way in the past, and I eventually applied this to my own music. 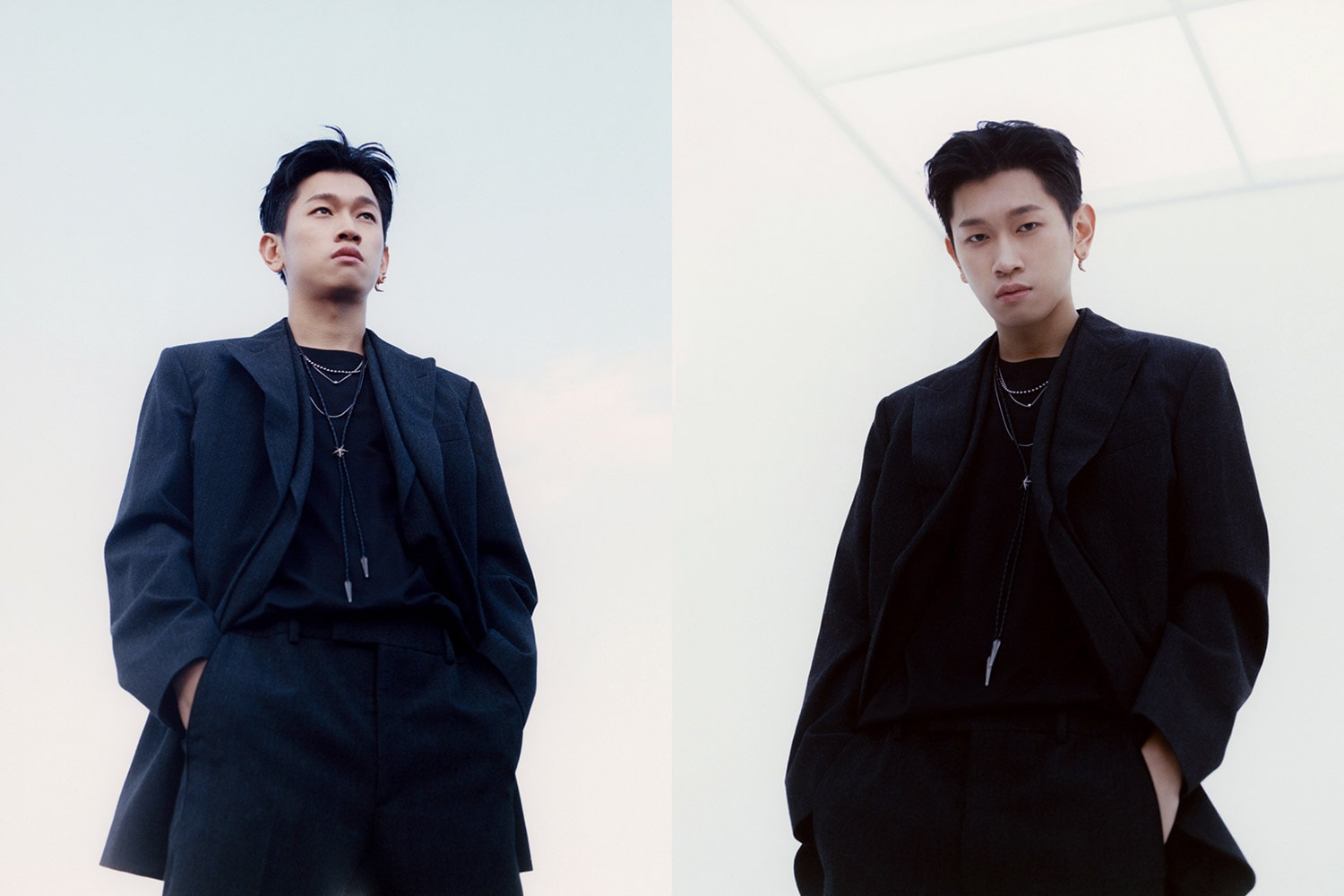 Did your attitude towards music change?
I’m a bit more relaxed now, but in a good way. The more I studied, the more I came to understand how to calm my feelings. I feel a lot more comfortable and better now.
You’ve been a recording artist for about eight years now. How do you feel about yourself?
Very often, I still feel like I’m 22 when I wake up, but I also realize that my voice has somewhat aged when I listen to my recordings.
Having collaborated with Zion.T over the years, what have you learned from him?
He is a barometer for me and a lot of tracks are only possible through ZionT, like “JalJa (Night Night),” where its mood suddenly switches from a warm night into Christmas and back again. I’ve learned a lot and he still gives me a lot of advice, one of them being that I shouldn’t ever make the mistake of thinking that no one is better than me — in other words, be humble. Humility and modesty, I think a lot about these words these days.
What was the most significant event that happened to you prior to your album release?
Participating in NaverNow as a DJ. I spent almost eight hours choosing 40 tracks of soul funk from the ‘70s and ‘80s, only to end up playing five tracks. I chose tracks that were easier for listeners to understand but this proved more difficult. Anyway, this still lingers on top of my head; maybe because I wanted to show more.
What’s next for you?
I feel like I just finished my boarding procedures at the airport, which means that I have a certain destination. However, I don’t intend to plan ahead after touching down on my destination. After I get on the plane, the first thing that comes to my mind is to enjoy a healthy and a very, very long journey. 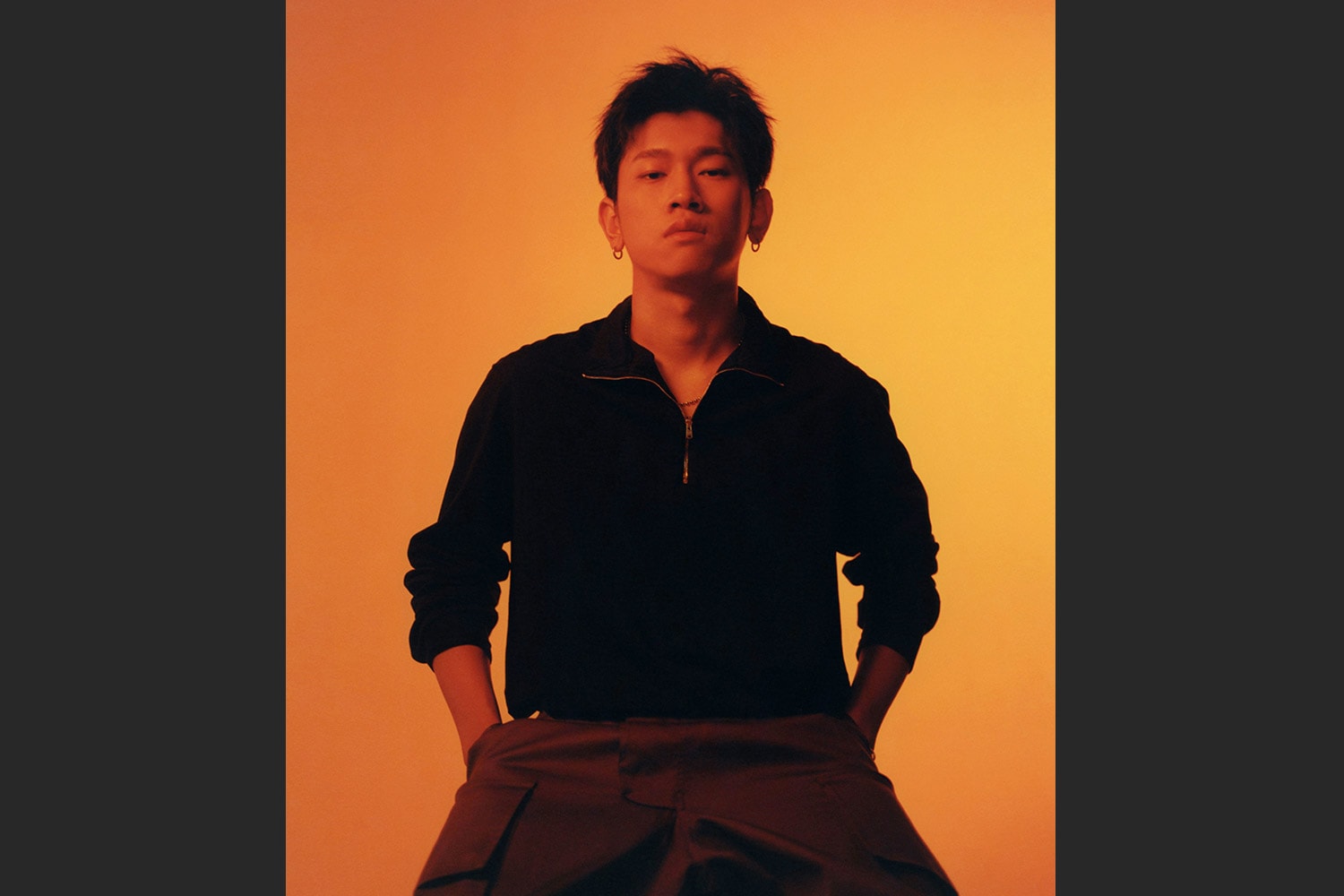 VIEW THE ORIGINAL STORY WRITTEN BY SEUNGHO JANG OF HYPEBEAST KOREA FOR THE FULL PHOTOSHOOT AND PROMO VIDEO.