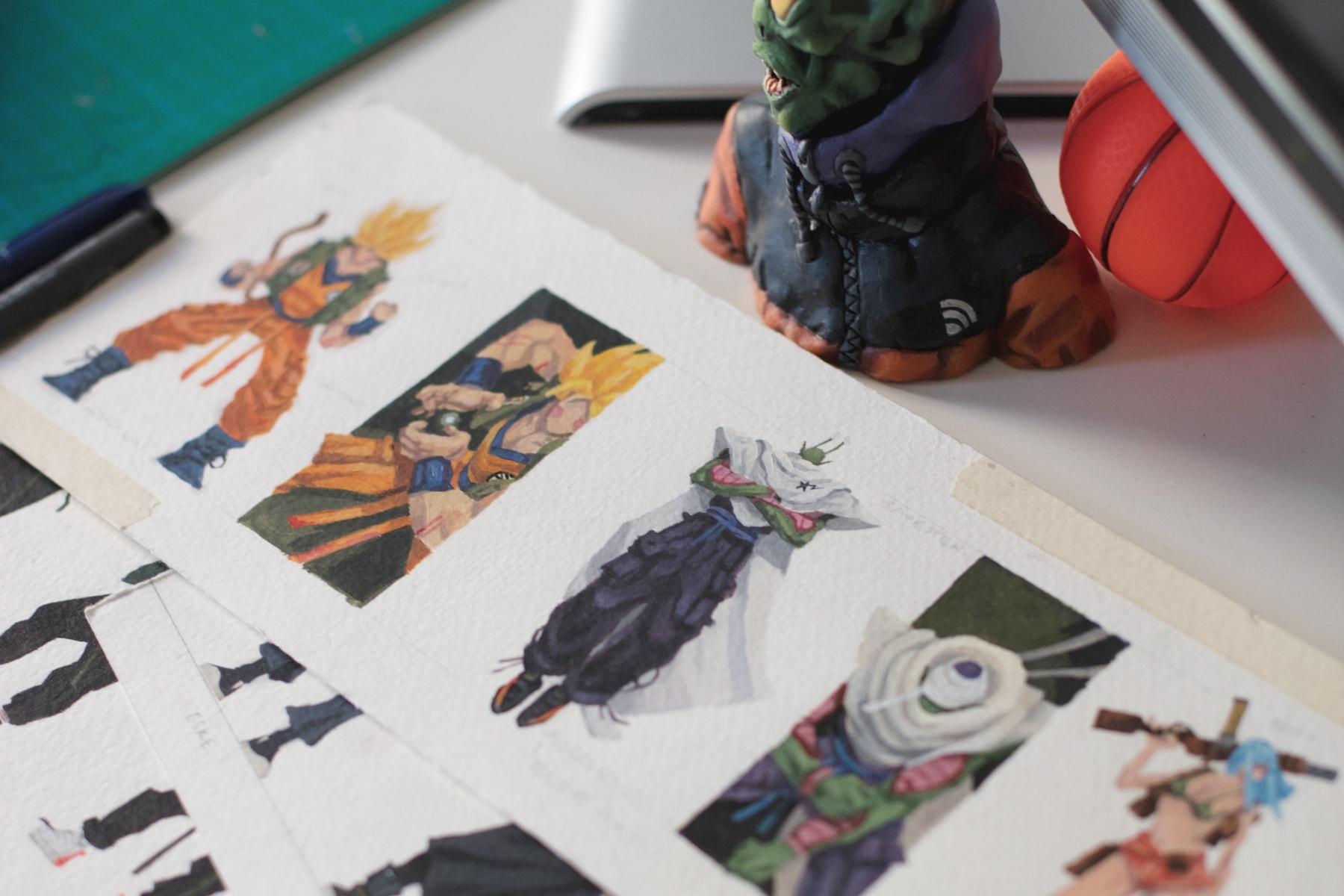 Hailing from Toronto, illustrator Moya Garrison-Msingwana’s work explores a space between fashion, street culture, and the visuals you typically see on the pages of comics. With a formal training in illustration, he has spent much time developing his aesthetic; depicting dramatic silhouettes through a painted medium. Check out the interview below, where Moya discusses his diverse background and the influences that compel his unique work. 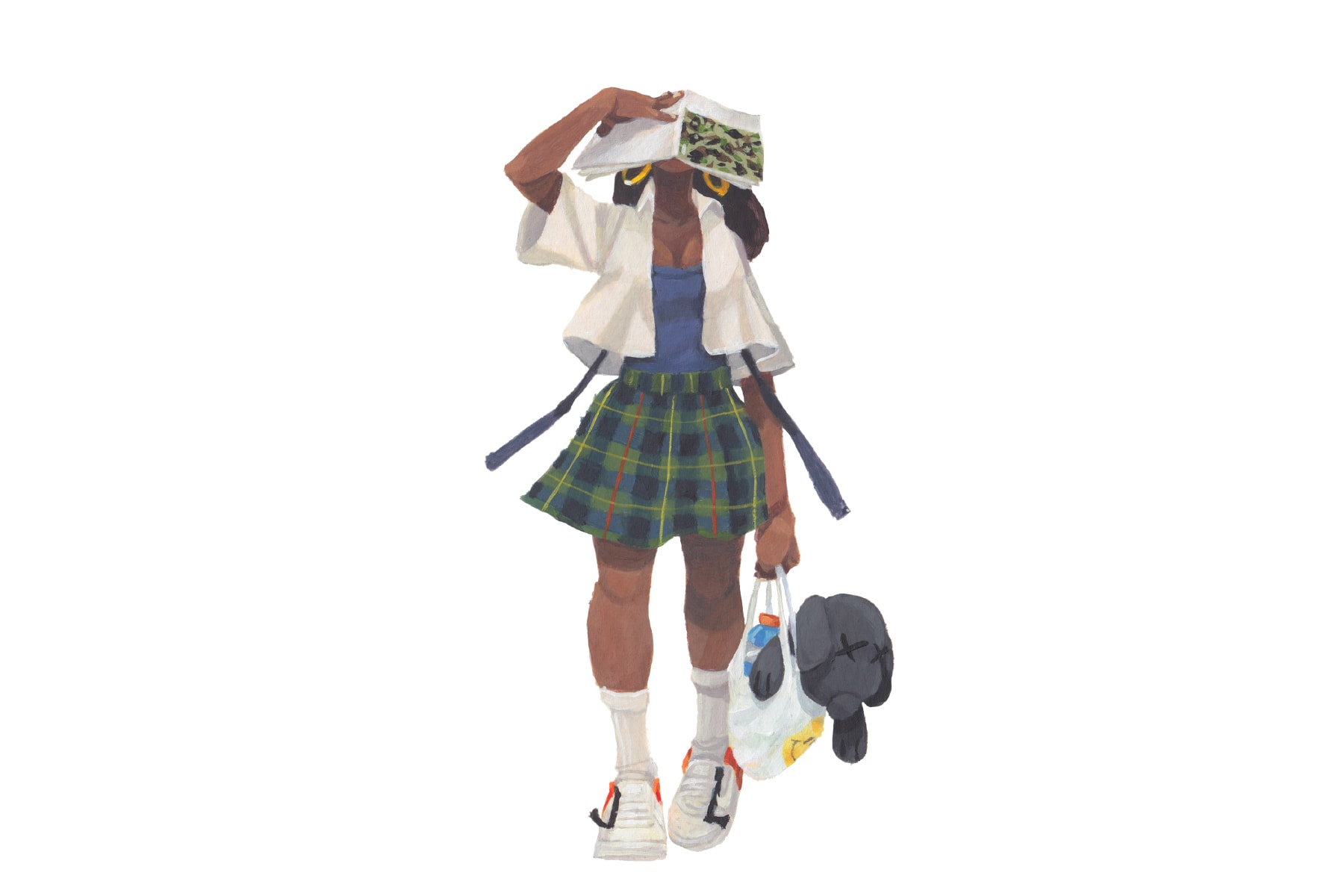 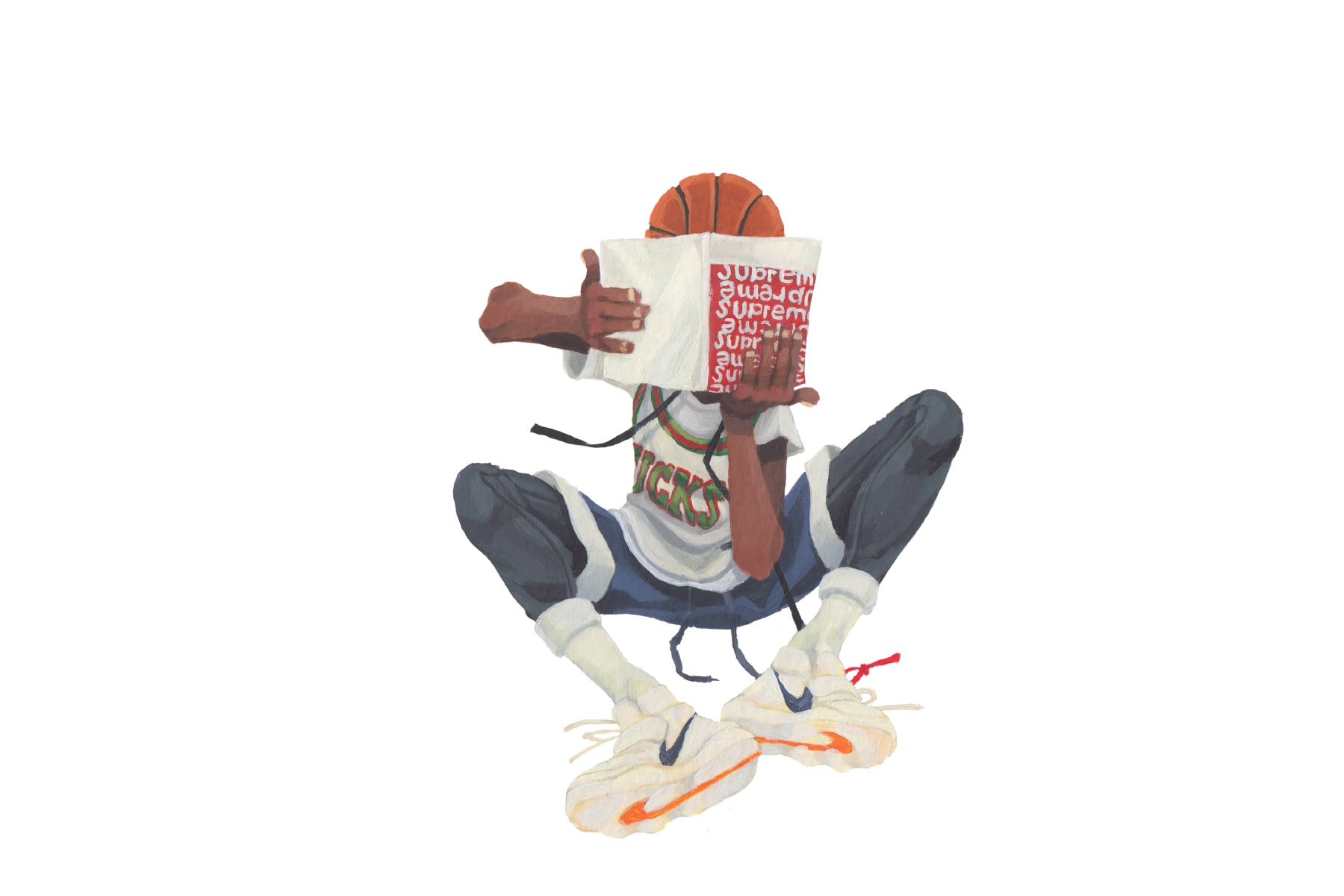 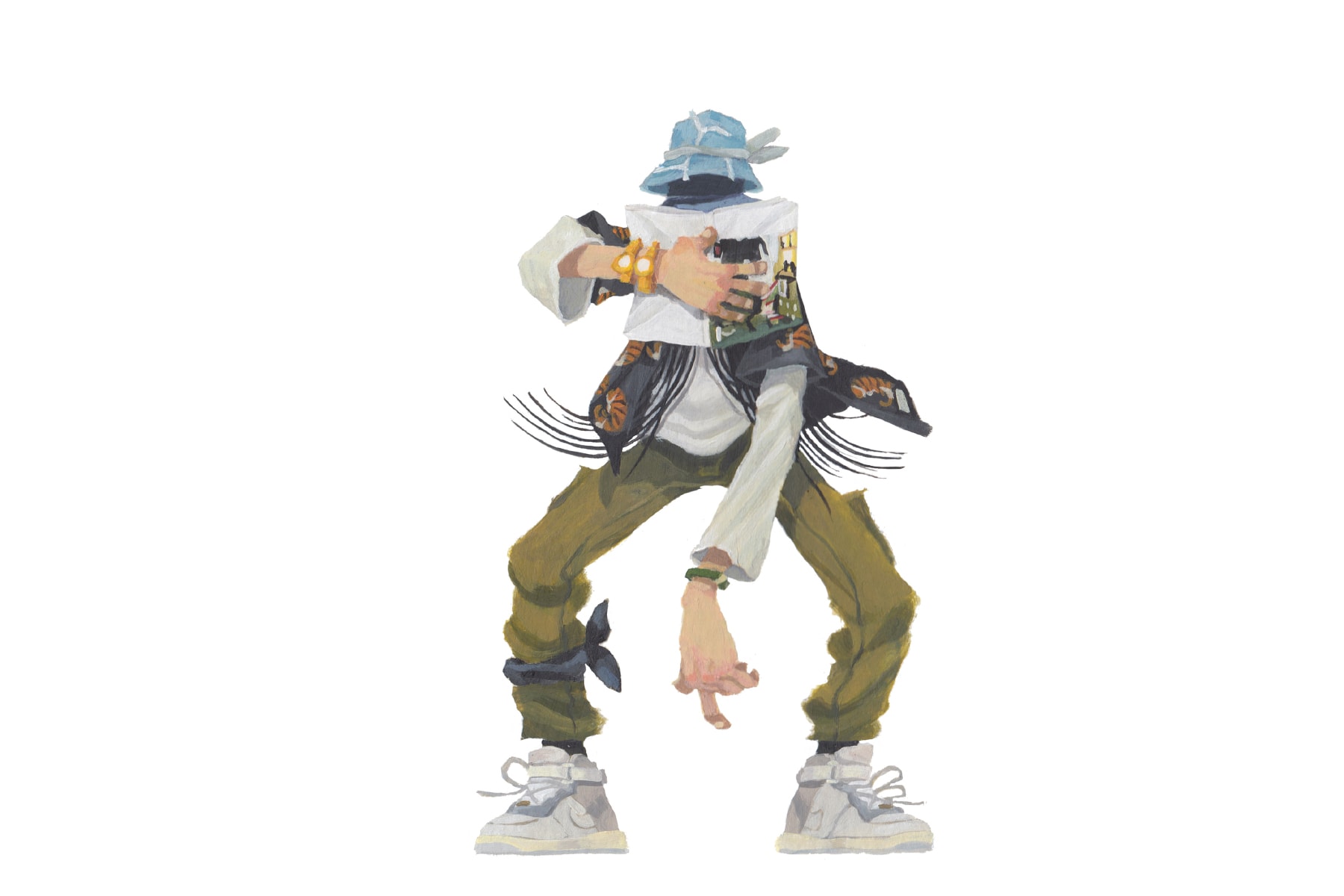 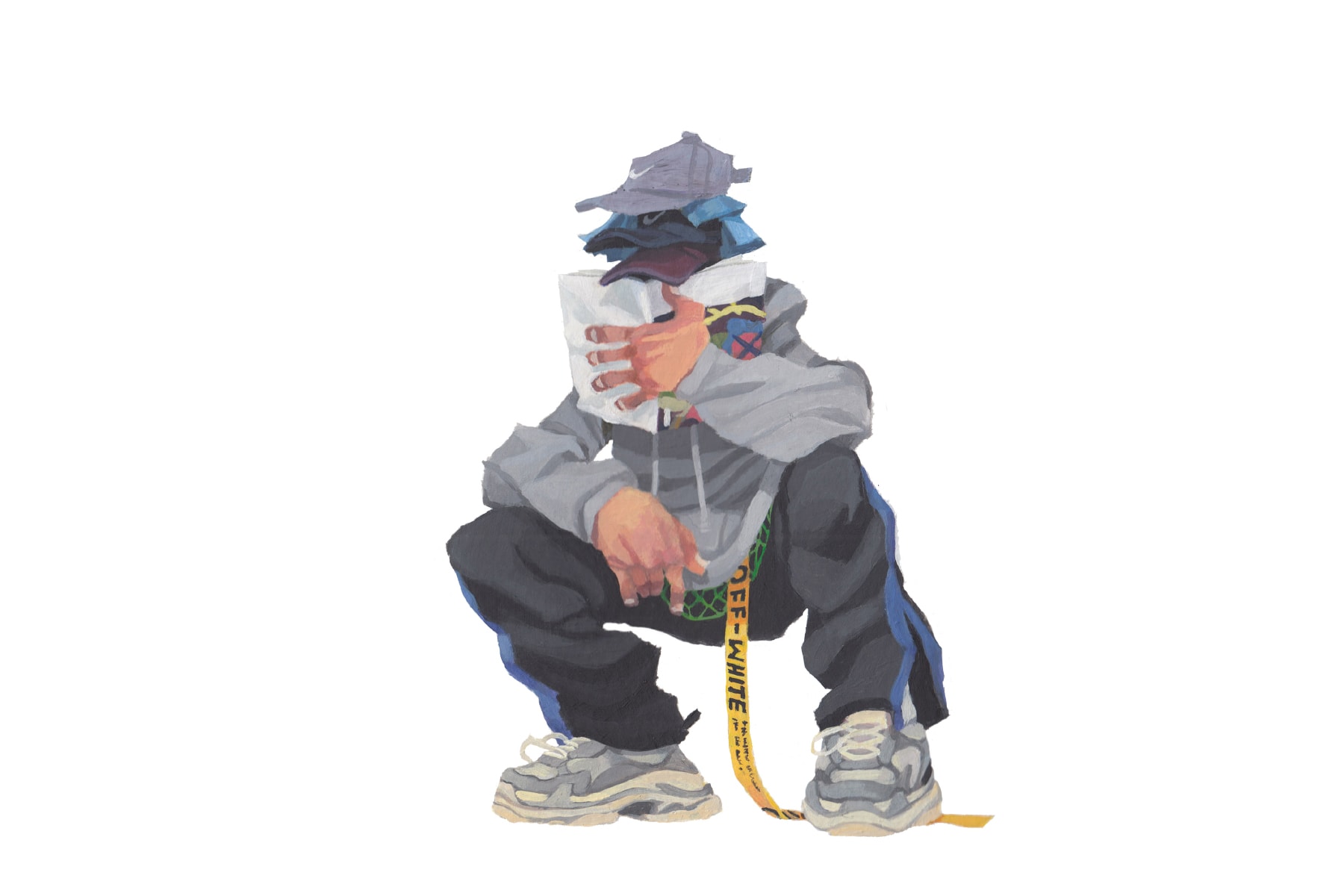 Could you state your name, and explain your IG handle?

My Name is Moya Garrison-Msingwana. I go under the handle @Gang.Box. Some homies and I used to call our clique “Shade Gang,” and I work with a group of creatives called “FriedBox.” So the handle is just a combo of two — nothing too deep.

What is your cultural background?

I was born and raised in downtown Toronto, Canada. My mom is from the states and my pops emigrated from Tanzania (East Africa).

How did your favorite artists influence your style?

I’ve always been an art and design fanatic. Realistically I have been influenced in some way or another by all the artists I find special. You can see some more than others in my stuff. A lot of it comes from copying when I was younger, reflecting on other peoples’ genius just to be able to wrap my head around it. It’s important to learn how other people do things so you can try and avoid it, or employ it if necessary. I do think too much influence can be a dangerous thing for an artist.

What caused you to pursue an art career?

I showed promise and curiosity for visual arts super young, I guess. My parents are musicians so they really encouraged me to nurture my right-brain. Music and visual art have always deeply affected me. Illustration just made sense at a certain point when I had to choose which route to take. I have a bit of a competitive streak, so whenever I saw something amazing, part of me thought “I can do better.” That’s not particularly a wise outlook, but it made me take drawing seriously early on. I just wanted to be outstanding at something and make an impact on the world. Illustration is a very powerful and flexible vehicle for creativity, and there’s nothing I’d rather be doing.

When did you get into anime, manga and comics?

I remember going to rent VHS’s with my mom, and looking at all the R-rated anime and trying to finesse her into getting them. Miyazaki’s work was the only stuff I could get away with that young. My best friend’s dad owned a bunch too. Evangelion, Blood the Last Vampire, Akira, Princess Mononoke, and Ghost in the Shell were pretty much the first anime I was exposed to early on besides shows aimed at North American kids like Pokémon, DBZ etc… Those titles are some of my earliest memories and really set an artistic standard for me. I really love OVA movies for that reason, I just got hooked. I’ve always been curious about Japanese culture and have a deep respect for it. As for manga, my collection is much smaller than my collection of Western comics but I’ve always collected comics and illustrated literature. I consider it research.

Would you say that you have fully developed your own definitive style, and how did you reach that point?

I’m in a really good place right now. After being influenced by other people and going through phases, I think I have found a style that is recognizably my own. It’s nice to have found a visual language that’s unique to who I am. I like changing things up though. I consider myself to be a project-based illustrator. If there are qualities in my work that need to change in order to compliment a project, I make those changes. The ability to be fluid like that comes from drawing as a foundation. Learning how to draw is really important; if you draw well you can make anything in your mind come to reality. That was always my logic. So it just took tons of practice, life drawing, experimentation and observation to get where I am now. 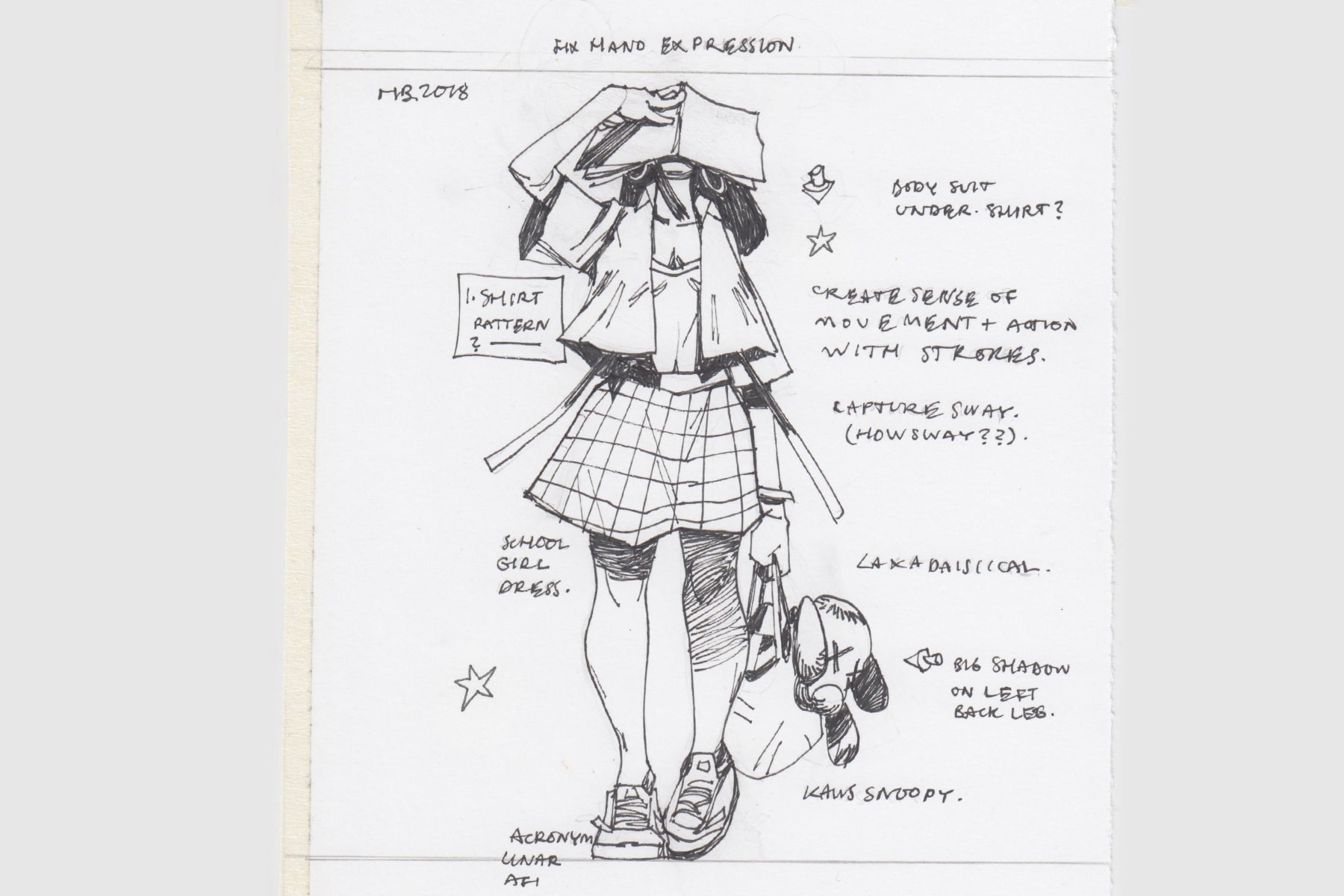 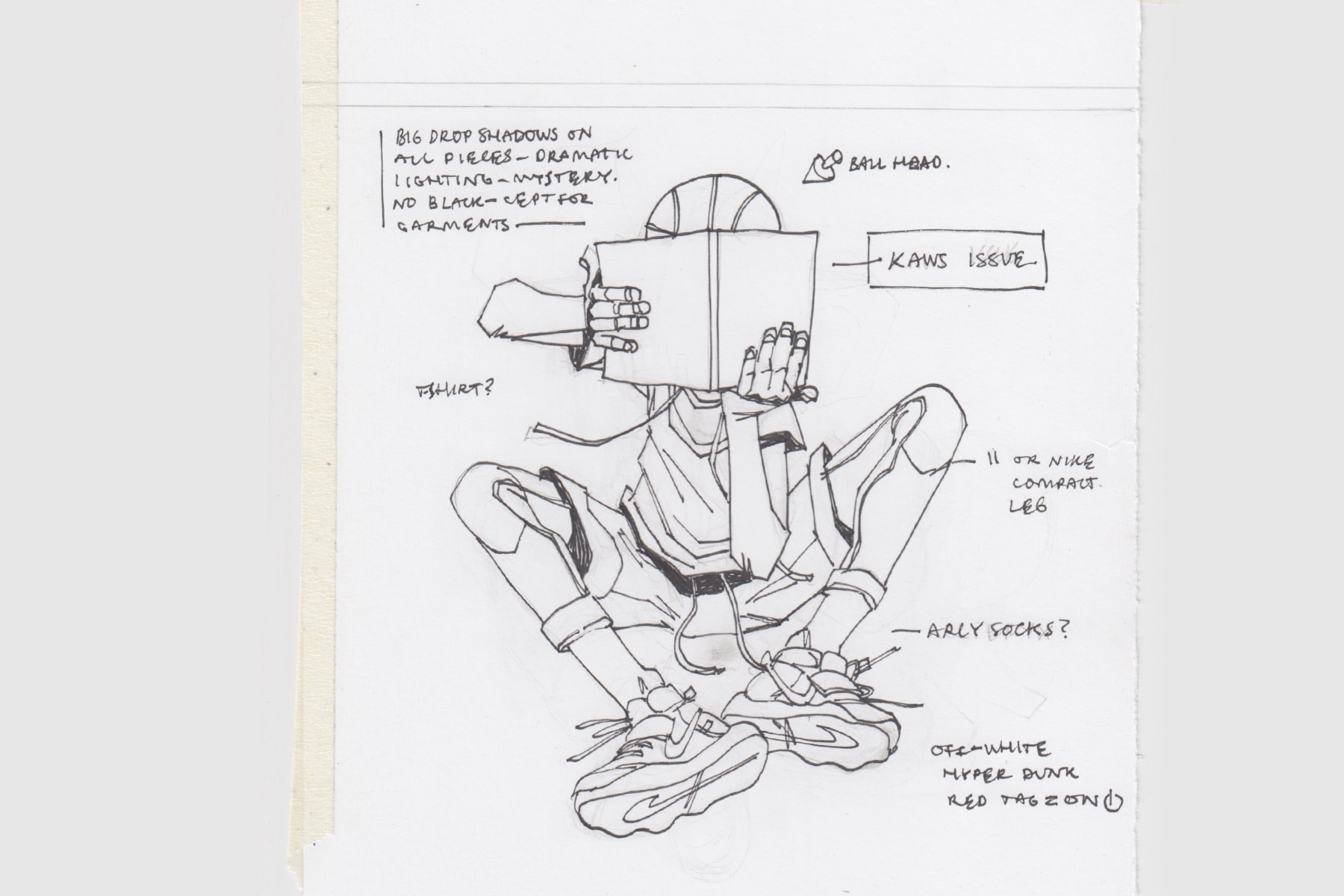 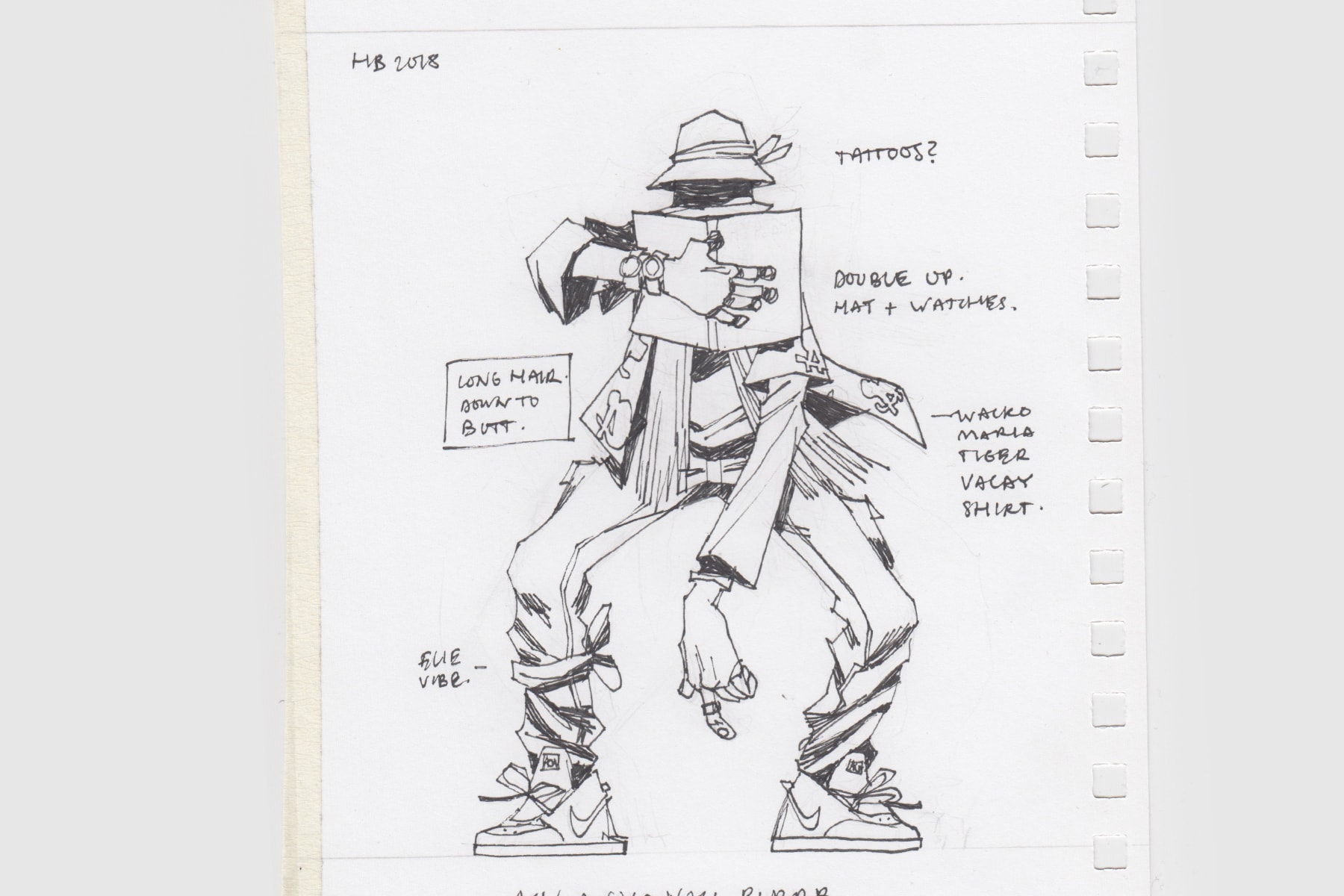 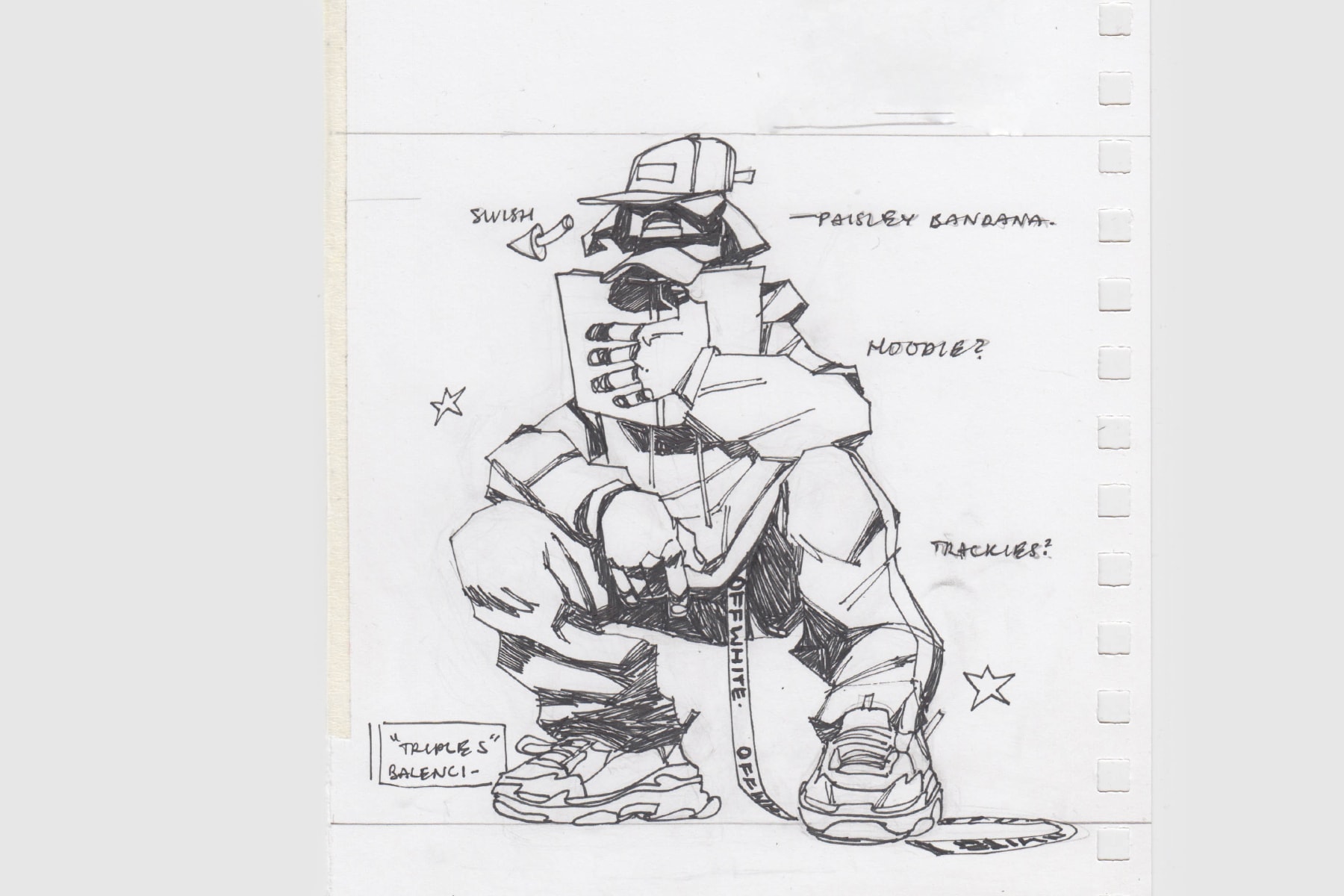 Does your own wardrobe reflect the style seen in your fashion studies?

I like big shapes and exaggerated silhouettes. So I tend to go crazy with pieces that exemplify those qualities in my artwork. I love the human figure and its potential to be distorted — fashion is an extension of our anatomy that encourages that kind of transformation. Once in a while I try and reflect this in my own style. I get to live vicariously through my studies and character illustrations because I can put them in any combination of things — I have total freedom of fashion with my drawings. My figures don’t have to wait in line or blow a bag on anything. I get really infatuated with some designers and brands, so if you’re seeing a lot of something in my work that most likely means I like it enough to want it.

Do you prefer working digitally or on paper?

Working on paper and physical media will always be my preference. I’m highly process oriented. I almost like making things more laborious than they have to be because I genuinely enjoy being in the zone and making things with my hands. I take pride in that. Painting, drawing and sculpting just have this inherent value for me. The finished product becomes an artifact.

What are the origins of your original character OOJII?

OOJII is a crowd-sourced character that I designed. Uji In Swahili (my dad’s native language) means porridge. Porridge is such a basic meal, it’s better when you add other ingredients to make it more delicious and flavorful. OOJII is the same, he has no identity, so I thought it would be cool to have others define what makes him happy. For now it’s just kind of an exercise and I draw him carrying out people’s suggestions. It’s all a bit of an experiment but eventually the character will have sauce and tons of people can say they contributed to that. 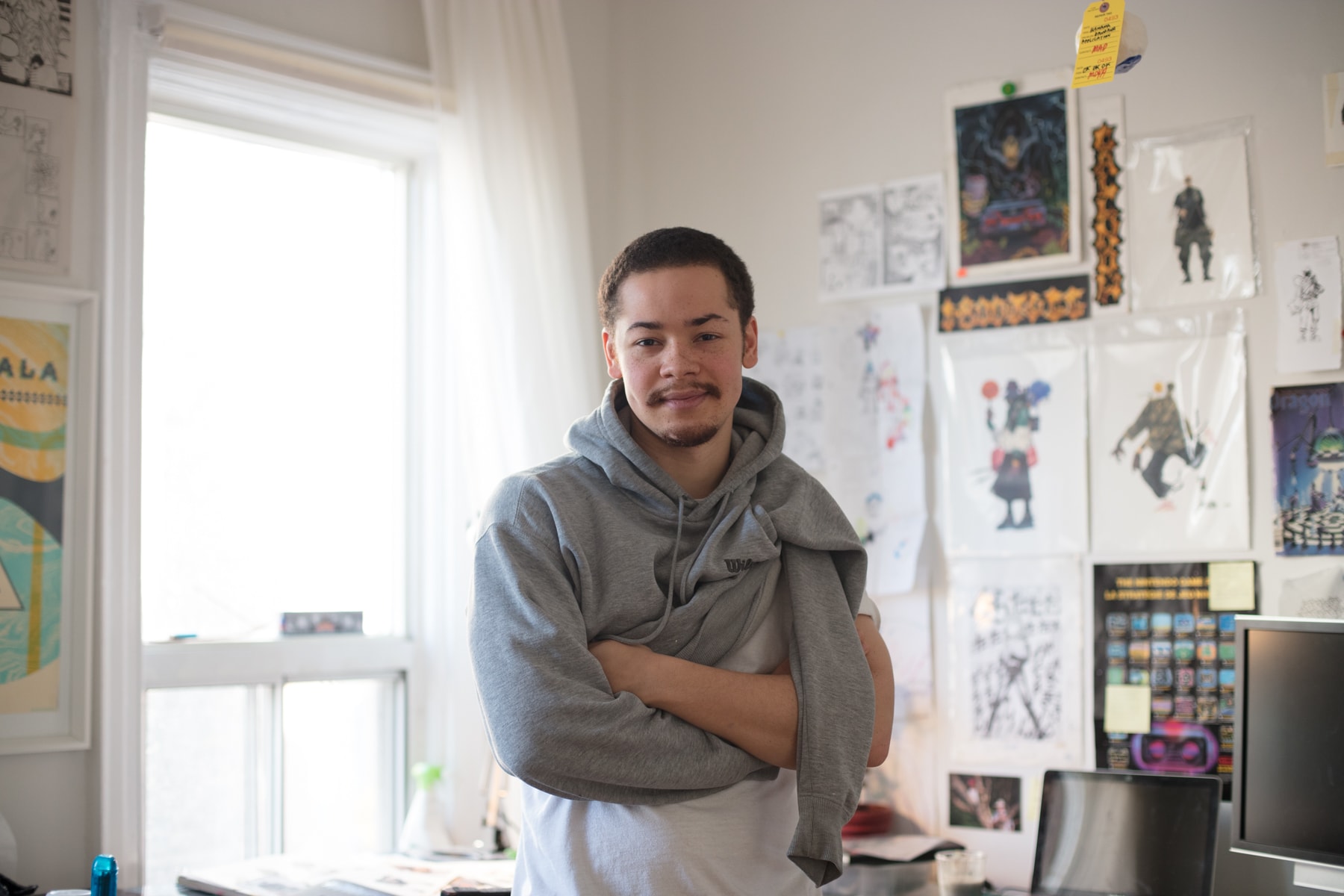 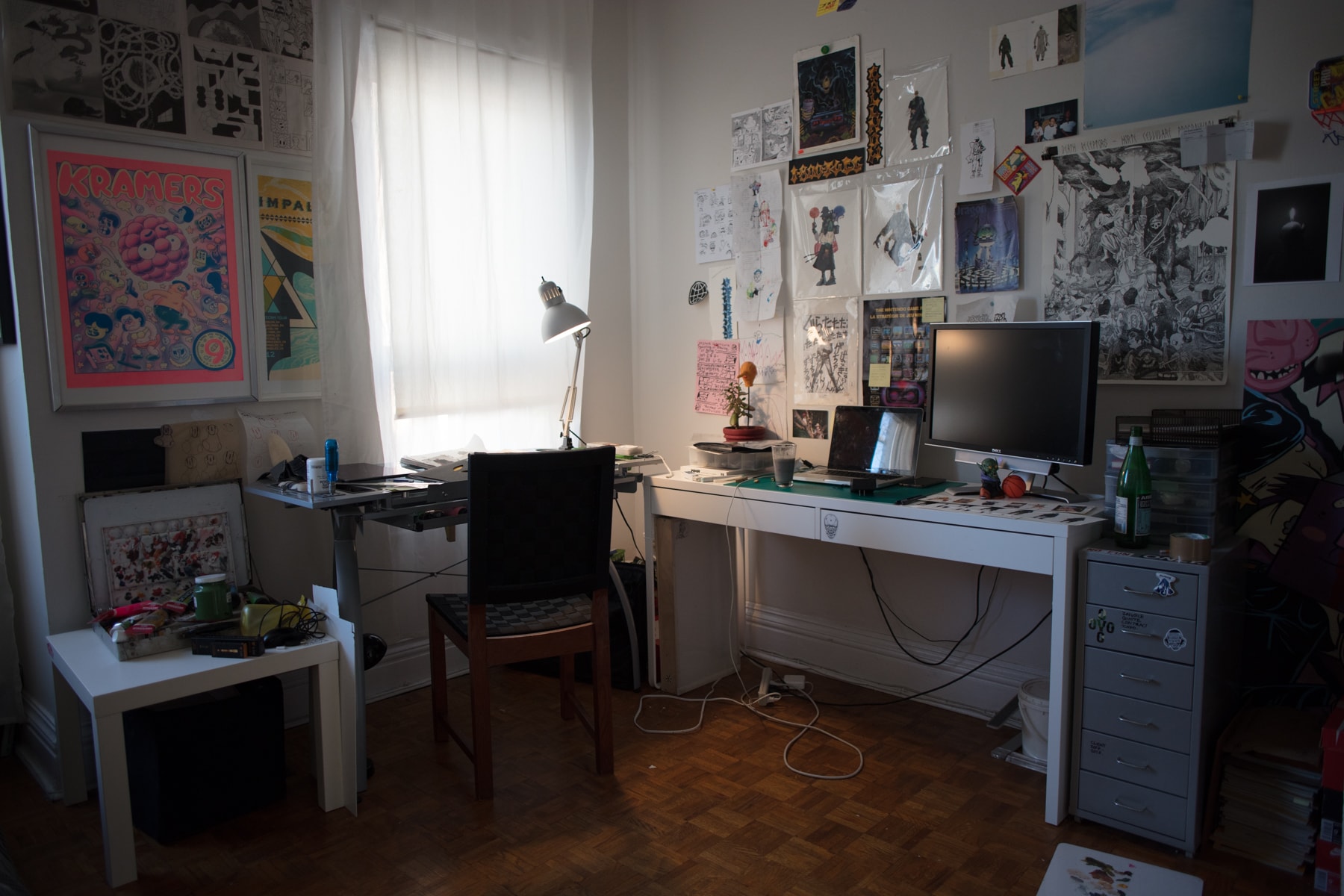 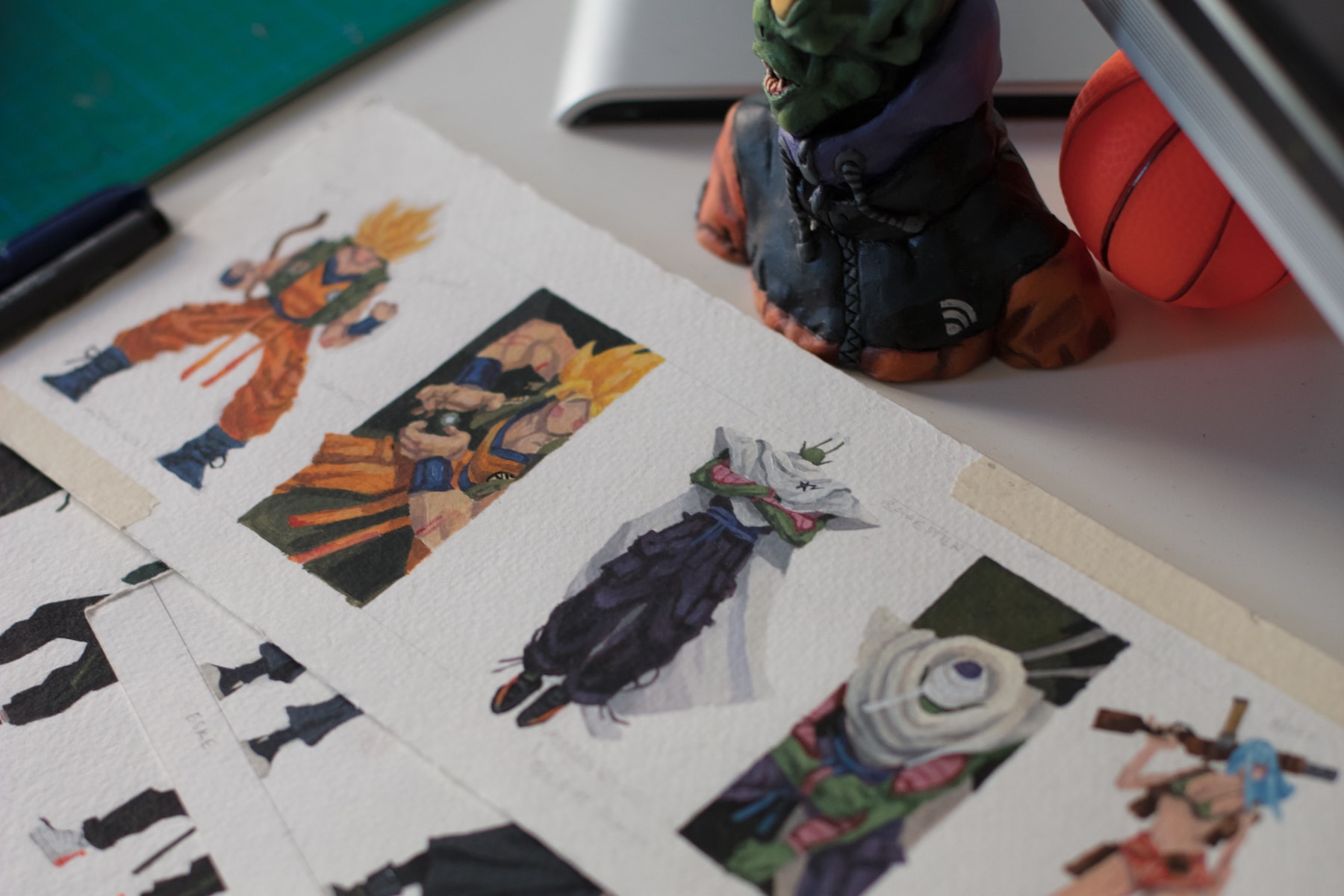 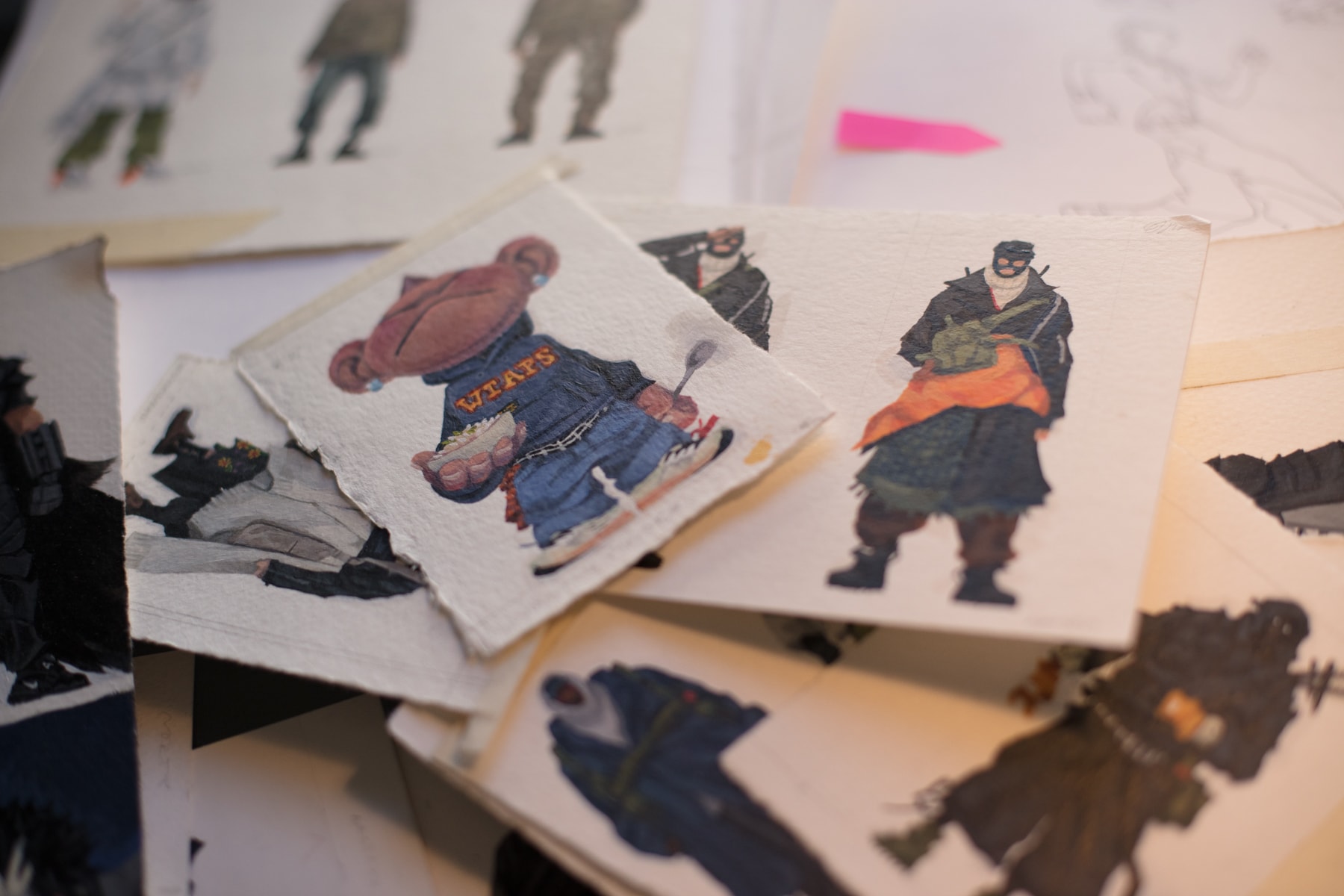 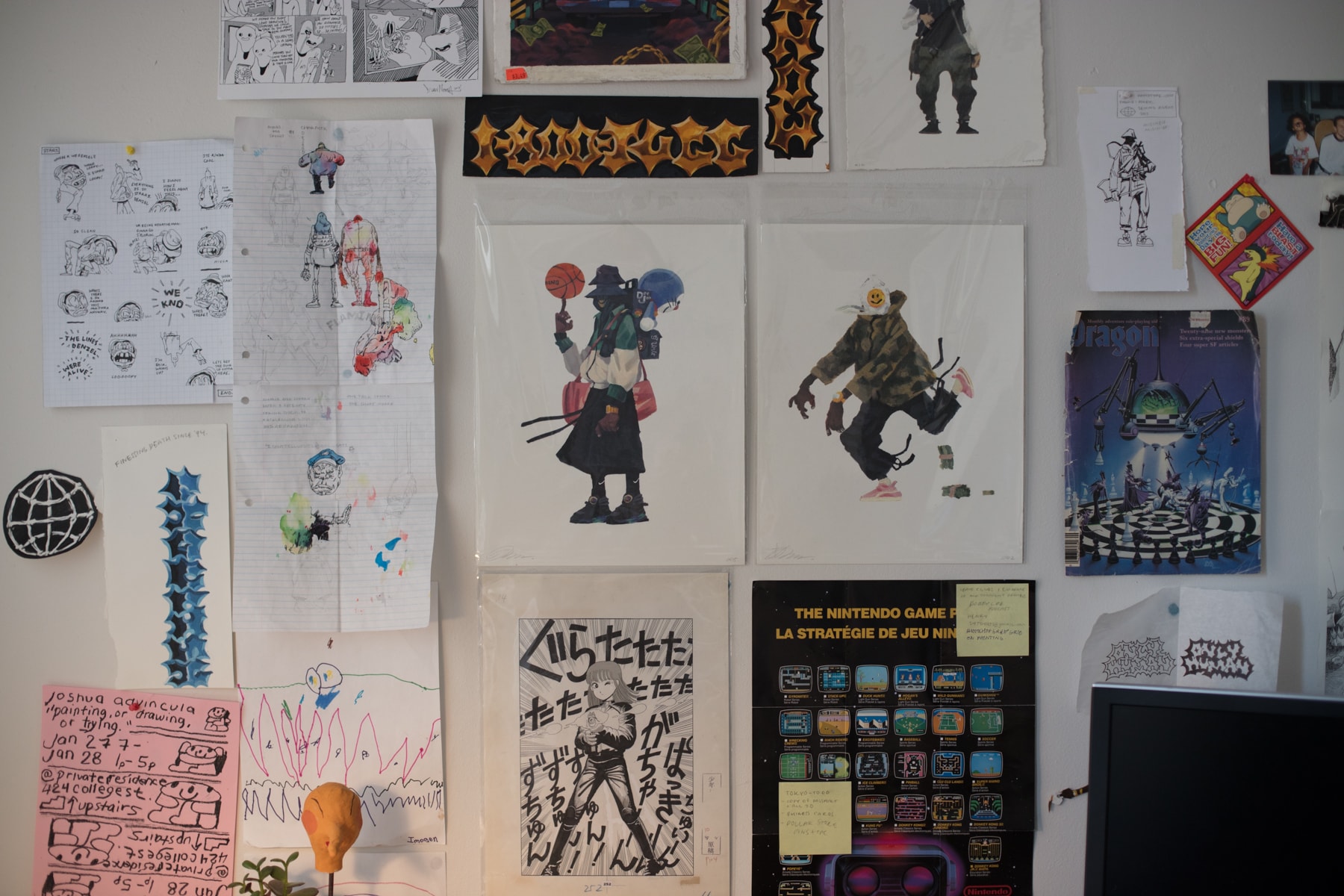 What are your dream collaborations?

What does the term “Only Human” mean to you?

I think of it as a paradigm in my life. It defines my formative years through university when I was balancing school with the rest of life, trying to get my shit out there. I felt like I had to fulfill all these high expectations I had for myself and eventually I realized it’s not good to take things so serious. I named my website ONLYHUMAN to remind myself of that shift in thought.

What can we expect from you in the future?

I’m going to Tokyo in the spring and doing a pop-up show at Barber Sakota in Setagaya from March 23-25. I have my first solo show at Little Sister Gallery in Toronto July 21-29. Long term: I’m chilling. The nice thing about being freelance is that I get to work on whatever I want, when I want, on my own time; I’m building a universe — that’s all I’ll say about that.