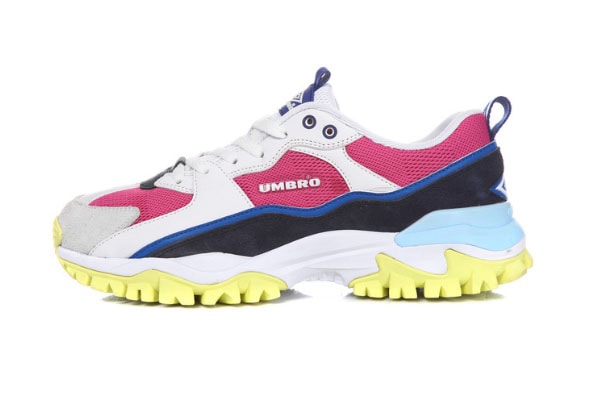 By reworking a memorable shirt from the early ’90s in monochromatic form and paring it with a set of slides.
By Ross Dwyer/May 21, 2021
May 21, 2021
0 Comments
Fashion

From football to rave culture, the London label knows its way around a joint release.
By Jack Stanley/Feb 8, 2021
Feb 8, 2021
9 Comments
Fashion

HANON and Umbro Resurrect a Cult Kit for New Collaboration

Grand Collection and Umbro Come Together To Celebrate Timeless Sportswear

The next chapter in the brand’s ongoing collaboration with the British sports brand.
By Tayler Willson/Sep 22, 2020
Sep 22, 2020
0 Comments
Fashion

A portion of proceeds will go towards The Great Barrier Reef Foundation.
By Emily Engle/Dec 3, 2019
Dec 3, 2019
1 Comments
Fashion