For many, the bulk of what we carry in our pockets on a daily basis consists simply of the holy trinity of a wallet, cellphone and set of keys. But for others, carrying a personalized set of hardware is becoming more than just a means of being prepared for situations that call for a bottle opener or flashlight. For the users at the blog EverydayCarry.com, the items that accompany them say a lot about both their character and lifestyle, and also serve as a means of sharing the latest and greatest gadgets with others. Co-founders Bernard Capulong and Daniel Blake Saltman of EverydayCarry share more about the project as well as the greater EDC culture that’s continuing to grow. 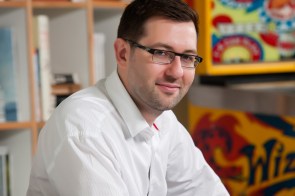 “I think moving forward, what resonates with me is being able to provide a better platform for people to discover items that improve their life.”

Daniel Blake Saltman talks about his interest in EDC

Can you introduce yourself and your role?

What spawned your initial interest in EDC? How did your previous exploits/jobs play into your interest?

Bernard: I had always been interested in technology, gadgets and gear. In college, I studied biomedical engineering, so I was also inclined to pay close attention to design and to appreciate the practical. One day I looked to replace a cheap blue LED light I had on my keys and with obsessive product research that I learned from superfuture and my schoolwork, I discovered the EDC culture. There I saw so many products that I appreciated for their successful marriage of design and utility and I saved these images to a blog for myself, and that’s how the original EDC blog started.

Dan: Like Bernard, I have always been into technology and gadgets. I actually have spent most of my career working on tech startups, so I really hold the ‘geeky’ roots of EDC very close. I was first introduced to EDC about 10 years ago. Up until that point, I knew that I spent time on refining my carry, but I did not know there were others who cared about it as well. I think moving forward, what resonates with me is being able to provide a better platform for people to discover items that improve their life. 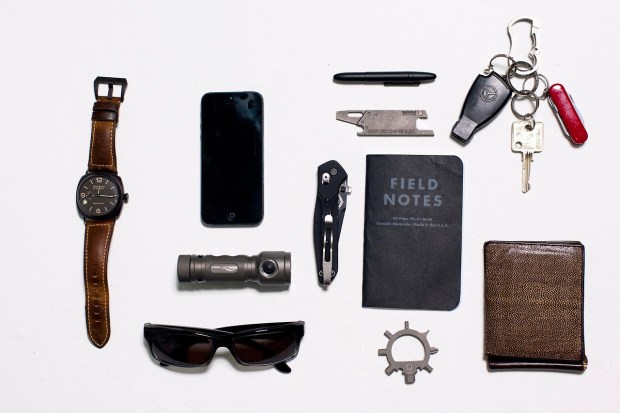 “The “EDC” movement is certainly evolving, and reaching more people than ever before.”

Everyday Carry talks about the continued growth of the EDC movement

How would you describe the movement?

The “EDC” movement is certainly evolving, and reaching more people than ever before. It’s interesting because to some degree, everyone already has everyday carry, but fewer people realize there’s already a term and a culture centered around that. Once you become aware of it, it’s hard not to put at least a little thought into your everyday carry, especially since they’re items that are important enough to you that they’re with you on a daily basis.

Do you think since its growth in popularity, its meaning has changed? For example, are EDC and “ESSENTIALS” basically the same premise or do they carry different connotations?

I wouldn’t say it’s literal meaning, as in items you keep with you every day, has changed. However, I do think the term is being appropriated in other circles. Men’s fashion is one area I think the EDC movement has only recently reached within the past few years, with ESSENTIALS being a great example of that. I would attribute this in part to the fact that one’s EDC is an often overlooked extension of one’s personal style.

While the term EDC traditionally was used to items with utility, it now seems to encompass items that are not necessarily tools, but nonetheless “essential” to the person carrying. It’s easy to categorize something like a flashlight as “EDC” because of its obvious utility, but I think the EDC mindset is progressing away from that. Every item has a story and a reason for being an essential part of an everyday carry. The “pocket dump” photos provide an almost voyeuristic look into this story, but on their own still leave something for the imagination.

There’s something about EDC items that carry a sort of affordable or accessible luxury. What are your thoughts?

I agree with that for the most part. Although certain high-end, custom-made pieces of a kit can stretch the meaning of “affordable,” I could confidently say that mostly everything is at least obtainable. That holds especially true in the context of our website. Almost everything is user-submitted, and almost every item has a link to someplace where it’s readily available for purchase. Newcomers and veterans alike can look through a person’s everyday carry and see something they’d like, and easily purchase in just a few clicks. Starting one’s very own kit is totally accessible as well. Depending on an individual’s needs, they can carry as much or as little as they want, and find something within their budget. 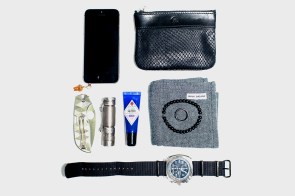 “A user once submitted a photo demonstrating that a classic GameBoy cartridge case could perfectly house and protect a condom.”

I think in the early days, EDC took a lot of criticism for its association with blades/knives. Do you think this stigma still exists?

I think it does, but to a lesser extent. As EDC culture broadens, the focus will shift away from heavily polarizing items like self-defense gear to more accessible and relatable items like keys, watches, pens, etc. Plenty of EDCers carry knives for legitimate, non-defensive purposes, and are very much like you or me. With time, I think ‘EDC’ can be associated more with the idea of being prepared, and not just specific items that could be controversial.

What do you think is the most common EDC item across the board?

I’d say it’s a wallet. Mostly every pocket dump has one, along with a cellphone and keys.

What would you say is the most peculiar EDC item you’ve seen?

A user once submitted a photo demonstrating that a classic GameBoy cartridge case could perfectly house and protect a condom. It was a strange, albeit popular contribution to the site.

If somebody’s looking to put together their own EDC lineup, what would you suggest and how should they start?

Fortunately, most people already have some kind of EDC to start with. I would start small – keychain-sized items are a good way to add functionality to your carry without too much obvious bulk. Carry staple items like a knife, flashlight and multi-tool of some sort, and see how often or how little they get used. From there, you can evaluate what items you need, what items could benefit from being full-sized, and what tools can be left behind. Upgrade your gear, try again and reassess from there. Our website showcases hundreds of different products being used by people like you and me, so it’s easy to draw inspiration and purchase what you need to refine your kit. 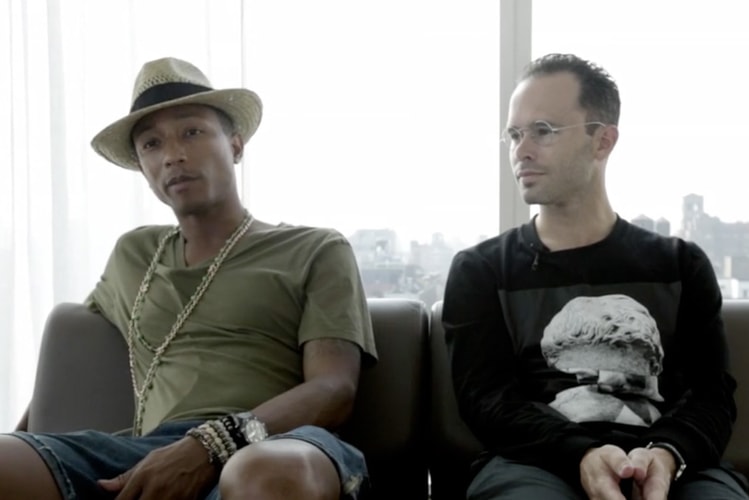 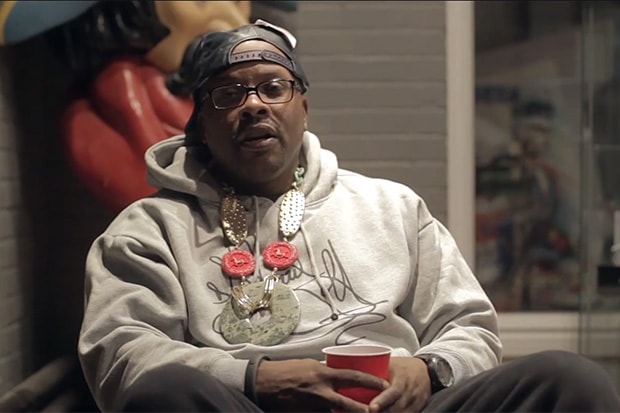 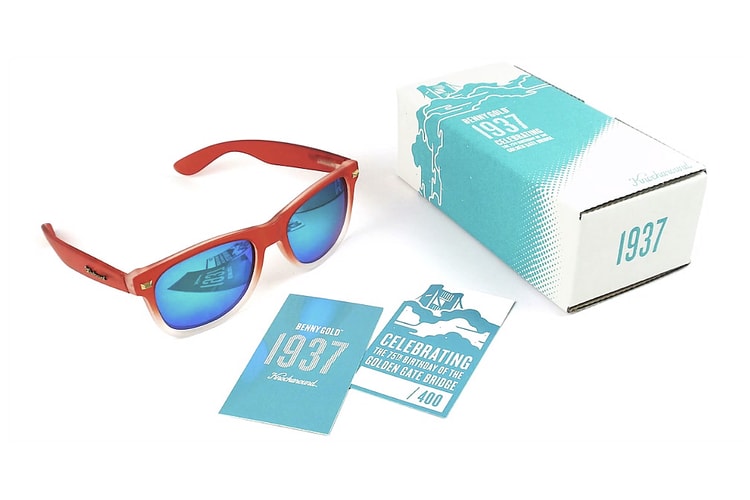 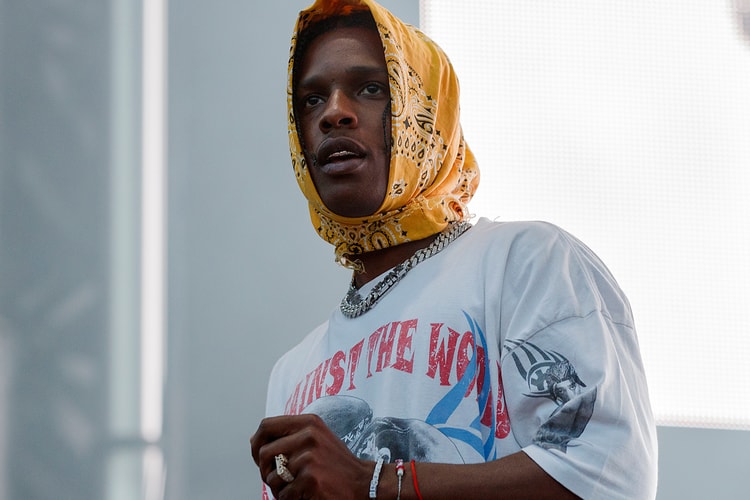 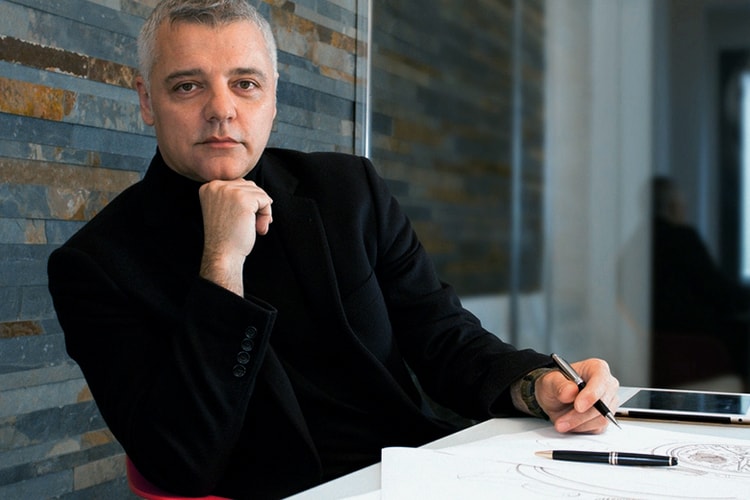 Timex's Giorgio Galli on Design, the Future of Smartwatches and the Brand's Connected Style Collection 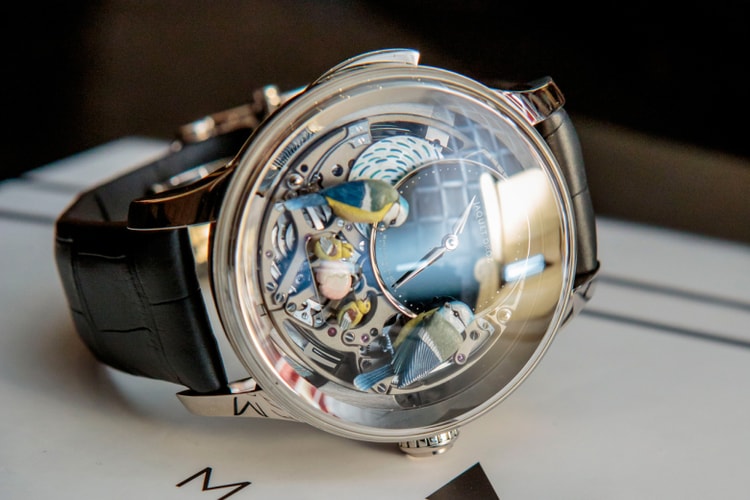 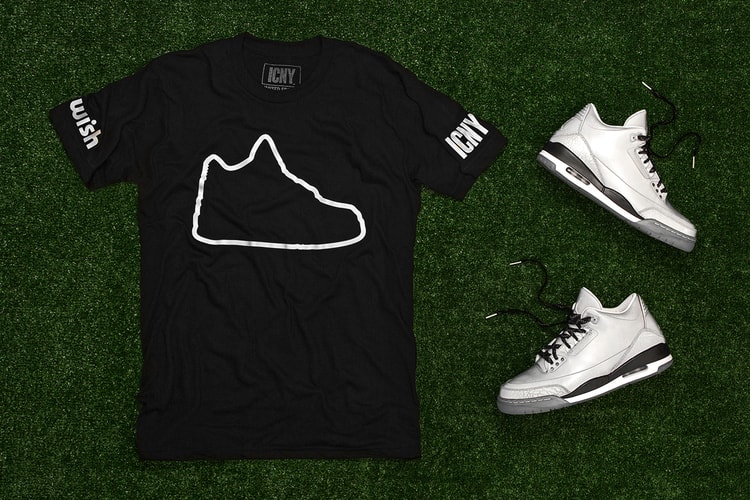 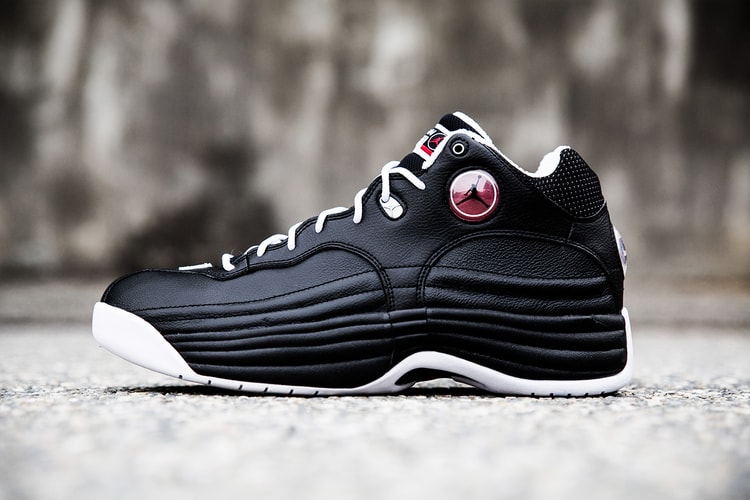 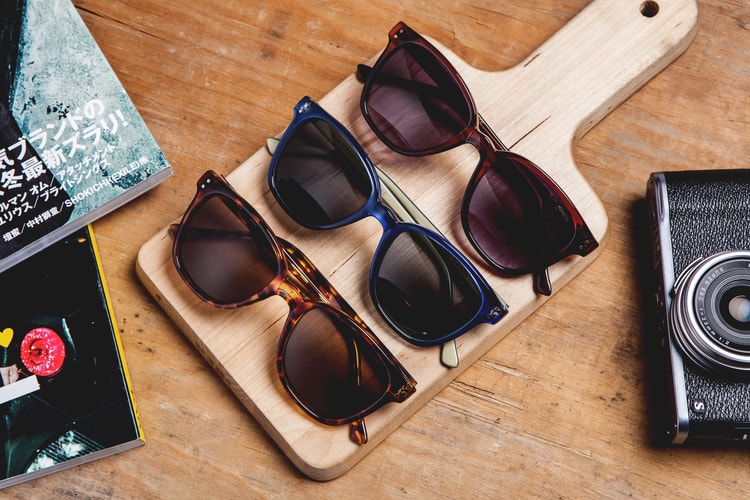 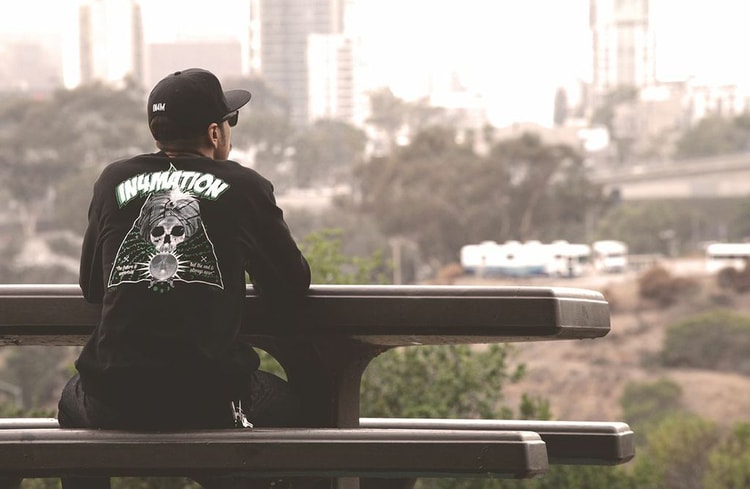 As positive vibes from Hawaii are always welcome around this part of the blogosphere, here we
By Staff/Apr 4, 2014
Apr 4, 2014
0 Comments 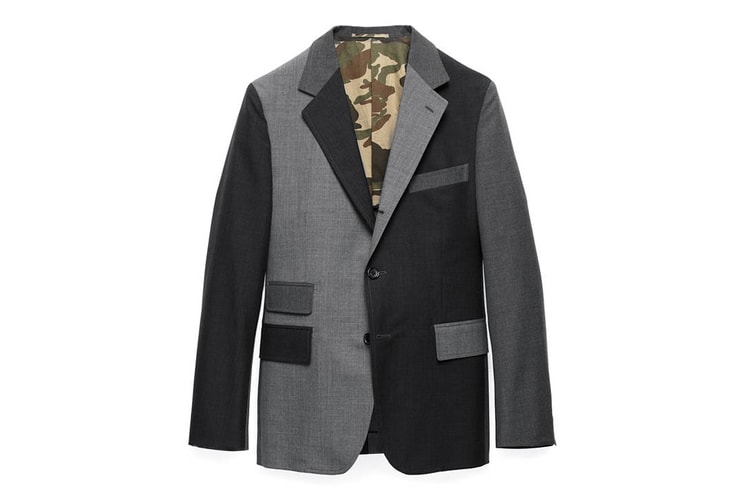 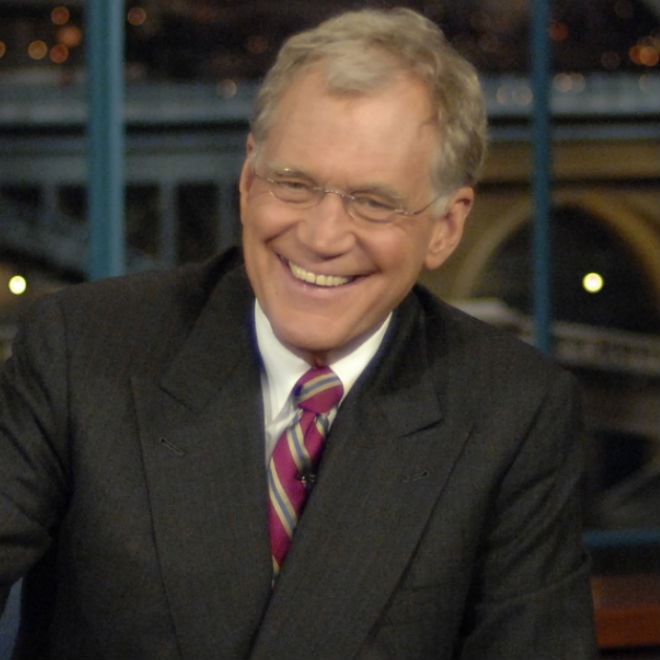