It all ended so quickly. They had been just around the corner, figuratively speaking, for months and then as quick as they released, they were gone. I’m talking of course about the Air Yeezy 2 “Red October” or whatever month they’re calling it these days. If you missed your chance to purchase them at retail price the only option left is to check out the resellers. This shoe, more than any other, has an aftermarket value that far outweighs the actual worth of the shoe. Even if you’re a footwear fanatic, the resale prices are hard to comprehend — I still don’t understand why people are prepared to drop stacks for a factory-produced shoe, no matter how good it looks or hyped it is. To try and get to grips with these crazy resale prices — and maybe to assuage my personal thirst for a pair — I talked to the team at Flight Club and Ben Baller about they way they were released and the kind of prices we can expect these shoes to command going forward. Here’s what they had to say.

Despite all the hate, it was exciting. Now that buyers expect to be awake early on Saturdays for releases, surrounded by computer screens, it was kind of refreshing to know that as consumers we can still get caught off guard.

Definitely not. It’s a digital Quickstrike. The only way buyers were guaranteed an official pair was in Nike’s controlled environment. If anything, it most likely means higher resale values. 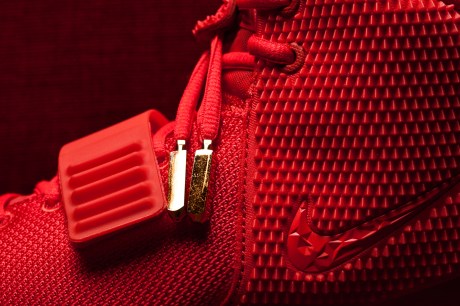 “Since another Kanye West x Nike collaboration isn’t plausible in the foreseeable future, remaining pieces are much more rare.”

We’ve seen Yeezy sneakers bought and sold at higher prices since the adidas announcement. Since another Kanye West x Nike collaboration isn’t plausible in the foreseeable future, remaining pieces are much more rare. Things might change once we see what Kanye cooks up with adidas, but until then the Air Yeezy carries the day.

It would only work for multiple pairs. Maybe an original pair of Yeezy’s or a one-year supply of varied OG Jordans…

After people start receiving their pairs, what do you think will be the early market value of a pair? What about several years down the line?

We’ve already seen values ranging from $4,000 to $7,000. It may stabilize for a period… but prices will be on the rise as brand new and unworn pairs become more rare over time.

As an OG, I think it was super wack. I think they could have done a Quickstrike inside a few local shops, not Foot Locker or Niketown — maybe super select Niketowns. No release date, just drop and put fools’ jobs on the line if they open their mouths. I know side hustles and shit make the world go round, but it also sinks shit. On the flip side, I REALLY REALLY REALLY HATE the fact that kids camp outside stores. It’s really sad. I know I’m partly responsible for the shit too because I had one of the first camp outs and lines for my methamphibian shoe release at UNDFTD over 12 years ago… I wouldn’t want my kids sleeping on the street outside stores. There has to be a new solution where there is NO camping out and no raffle.

There’s so much bullshit with prices these days. I used to be the king of reselling. The thing is, these aren’t legit selling for an average of what people thought they’d sell for. Also, I know a restock will pop up again. But sorry, no I don’t think the way this secretly dropped will affect the value. I know the women’s shoe sizes are going way higher than the men’s sizes…. makes sense only because women spend more on shoes than men do anyways. 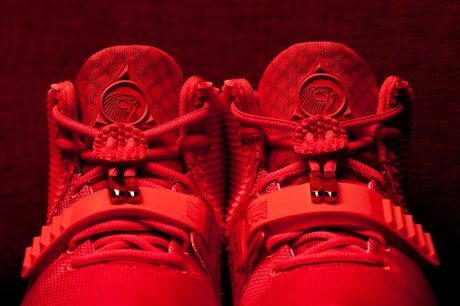 This is going to be huge. I know fools have camped out for certain exclusives maybe, like BAPE x adidas x UNDFTD collabs. But nothing will be like this. I just know Ye won’t let a wack shoe be released, period. It could be with Saucony or Pony and if they let him do his thing and make sure the quality is on point, then it will be crazy. But from my inside info via Donda heads, the early samples are already shitting on both of Yeezy’s Nike releases… let’s just say I’m glad to be on the adidas team and didn’t burn a bridge… also that D Rose commercial was nice too :).

After people start receiving their pairs, what do you think will be the early market value of a pair? What about several years down the line?

I think its legit worth on the streets now is $4,500 to $5,500 all day…. some hit for $7,500 but even the Air MAGs dropped a lot and THERE IS WAAAAAAAAAAAAAAAAAAAAAAAY more pairs of these red Yeezy’s than those Marty McFly’s. Years down the line? Depends, they made a shit ton of these, so unless everyone is rocking them and there aren’t many DS pairs left later, maybe it will stay high. But at the end of the day, cats gotta ask themselves: do I want a nice fairly new stainless steel Rolex? Or new Datejust II big face? Or some sneakers that were cheaply made?

As someone working overseas and without a current U.S. address or credit card, I was pretty bummed that it only dropped at the Nike Store. That being said, kudos to Nike for releasing the shoes without any forewarning or fanfare. Let’s be real, Nike can’t please everyone and if they had announced the drop in advance, people would be complaining about the site crashing and other people using bots. I miss the magic of stumbling upon an awesome shoe unexpectedly and I imagine that anyone who happened to be online when the shoes dropped felt like they stumbled upon a very lucky find, which is how I think shoe releases should be. That being said, I would have loved to have had a chance to get a pair and I’m still on the hunt even though I’ve resigned myself to the fact that I won’t be purchasing a pair anytime soon with prices the way they are.

I’m by no means an expert in reselling but I think that the surprise drop will have the opposite effect. When release dates are announced ahead of time, it gives resellers a chance to figure out how to get maximum quantities. I’m guessing that because of the surprise, less pairs fell into resellers’ hands. This relative scarcity can only drive the price up. Add to that the fact that these are probably some of the most hyped-up shoes in the history of footwear and you’ve got a recipe for ridiculous resale prices.

Although there’s been some speculation on some other all-tonal Yeezy variations on the horizon, the move to adidas will potentially add to the price — it certainly can’t hurt. Who knows though, maybe the Adeezys™ (patent pending) will blow everything before it out of the water and take the bottom out of the Yeezy market. If it does, you saw it here first. 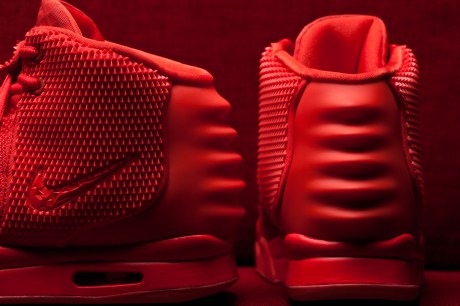 “If I did have a pair, the only way to get them off me would be to pry them off my dead body.”

I’ve been wanting a pair of Yeezys ever since I (unsuccessfully) camped out for the original batch, even more so with the second model. That being said, if I did have a pair, the only way to get them off me would be to pry them off my dead body. Now if I had a second pair, I’d trade it for something that is going to (hopefully) hold its value and not crumble after a decade or so. Being a big watch fan, if someone offered me a JLC Reverso 1931, I’d be all in.

After people start receiving their pairs, what do you think the will be the early market value of a pair? What about several years down the line?

After surfing eBay and some popular resellers, it looks like the average is about $5,000 USD, which is about what I expected. It shocks me that I can say that with a straight face for a shoe that retailed for $245 USD but that’s where we’re at. I would guess that prices may go up a bit as pairs get more scarce but at the end of the day, these are perishable goods. The shoes have a shelf life and down the line, part of these shoes will start to crumble and disintegrate, rendering the shoes virtually useless. My guess is that $10,000 USD is going to be the ceiling. We might see a few pairs go for far higher amounts but I don’t think there are enough people out there with more money than sense to sustain that.

And to finish off with a footwear fact of the day: At $5,500 USD for a pair in a US 8.5 on Flight Club, you could buy 27 pairs of the Nike LeBron 11 at retail price with a bit of change leftover.

The Designers of 'NBA 2K21' Weigh in on the Intersection of Fashion, Gaming and Basketball

Uniforms for the Dedicated 2014 Spring/Summer Shirts

Hailing from Stockholm, Sweden, Uniforms for the Dedicated is a label that pays as much attention
By Staff/Feb 28, 2014
Feb 28, 2014
0 Comments
Music

Washed Out - All I Know (Moby Remix)

This unexpected collaboration is a bit surprising, but these two sides definitely share a musical
By admin/Feb 28, 2014
Feb 28, 2014
0 Comments
Footwear Fashion

After a limited (and well-received) release with New Jersey’s Packer Shoes, ASICS presents a wider
By Staff/Feb 28, 2014
Feb 28, 2014
0 Comments
Music

Coming off the release of his debut project The Grey Area, Jordan Bratton releases his first visual
By admin/Feb 28, 2014
Feb 28, 2014
0 Comments
More ▾