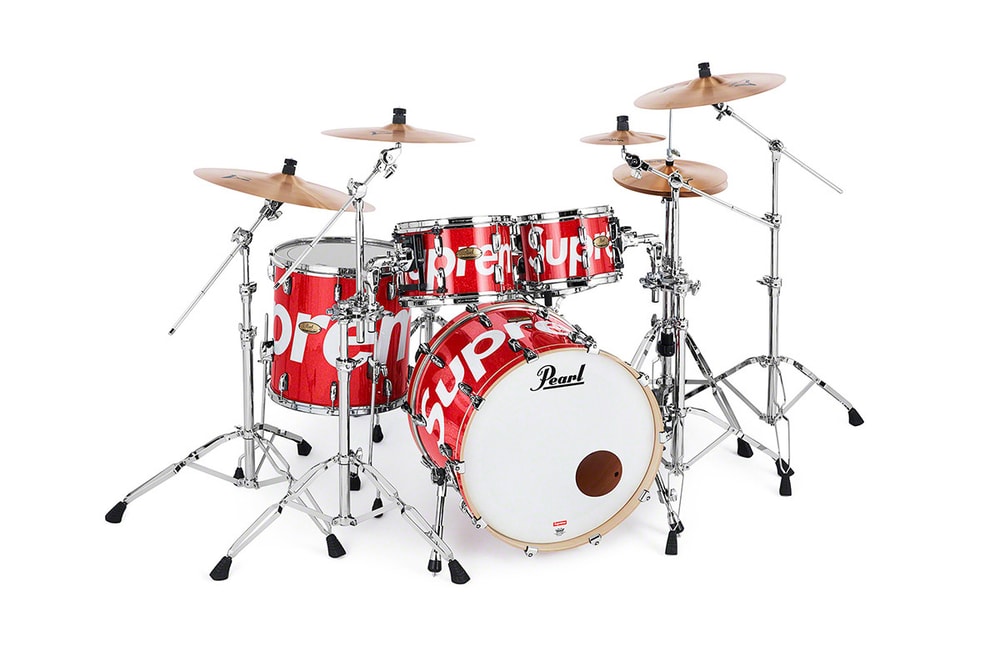 Supreme x Pearl Drum Kit
Color Multi-color
See at Supreme
Description
After getting a look at Supreme‘s Spring/Summer 2019 accessories lineup back in February, many fans were drawn to the professional drum kit manufactured by Pearl.

Featuring Pearl’s Masterworks craftsmanship, the kit has been branded in Supreme’s iconic red and white logo which can be found on the bass drum along with the floor, mid and high toms. The set also includes various cymbals, a hi-hat and snare drum which isn’t shown clearly in the press photo. It has also been reported that only 50 to 60 sets have been produced, making it a very limited release.

According to Supreme Leak News, the Supreme x Pearl Drum Kit will be releasing this Thursday, June 6 both in-stores and online for $3,998 USD.