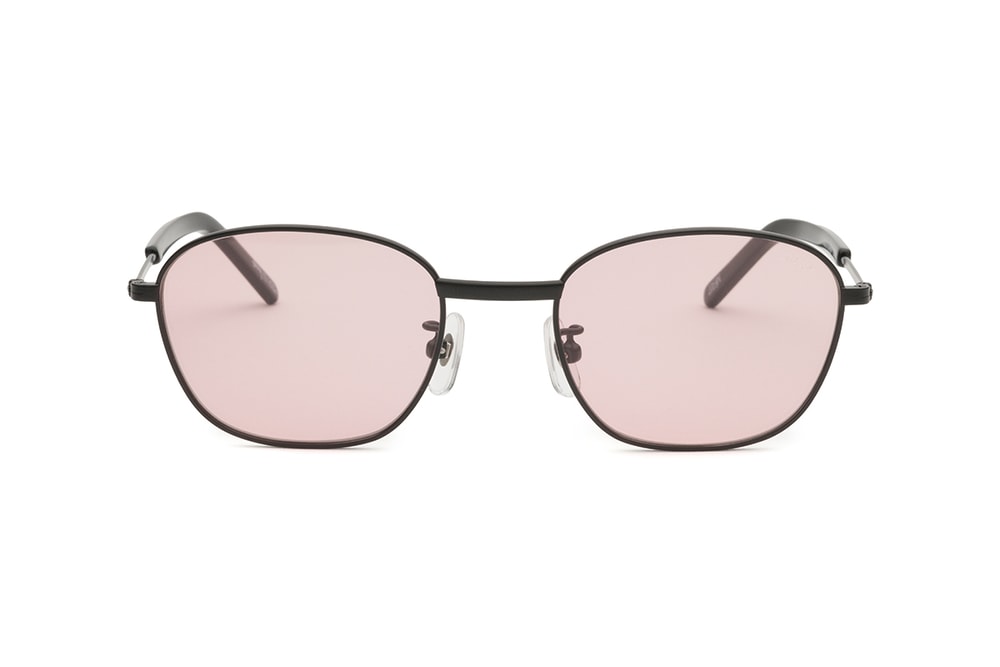 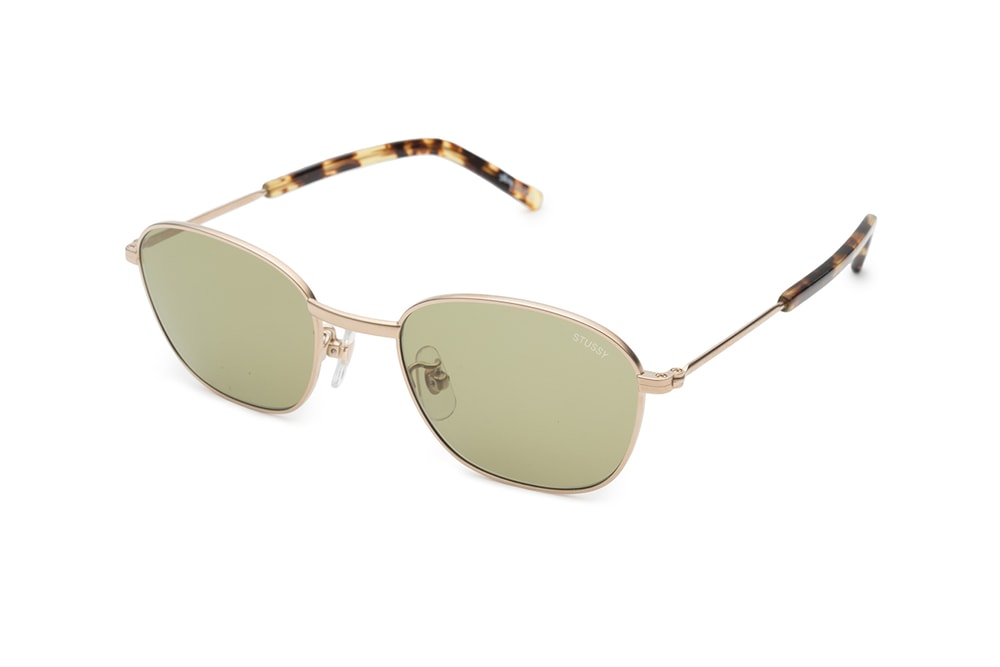 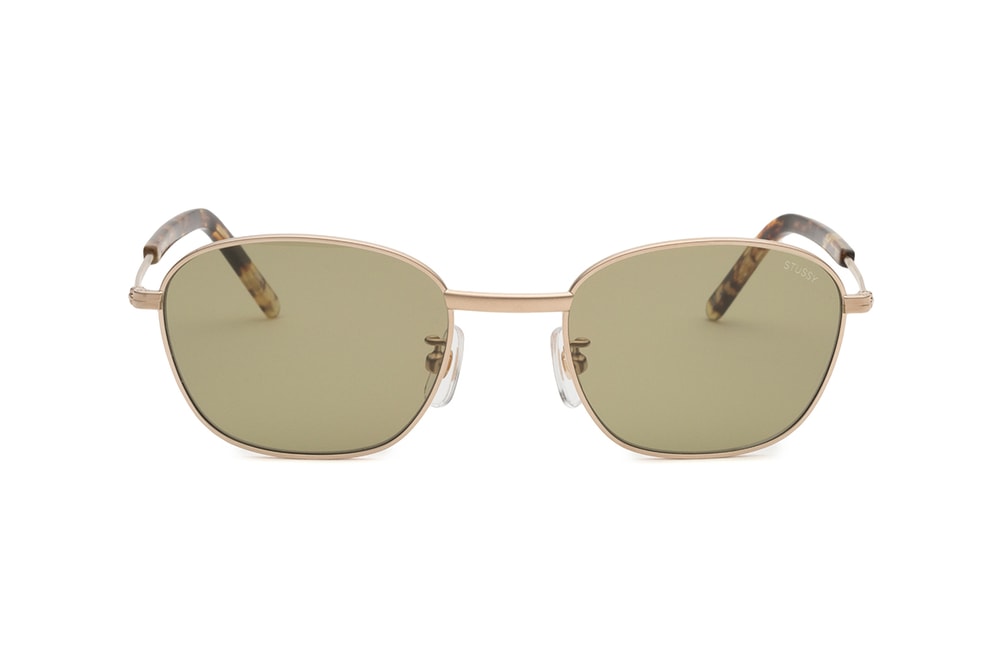 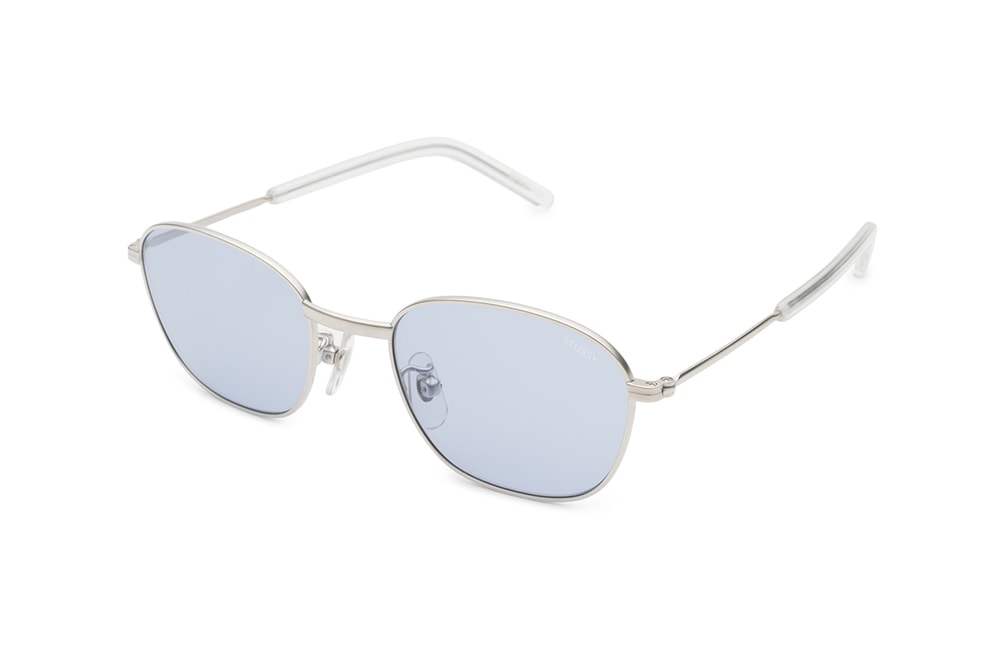 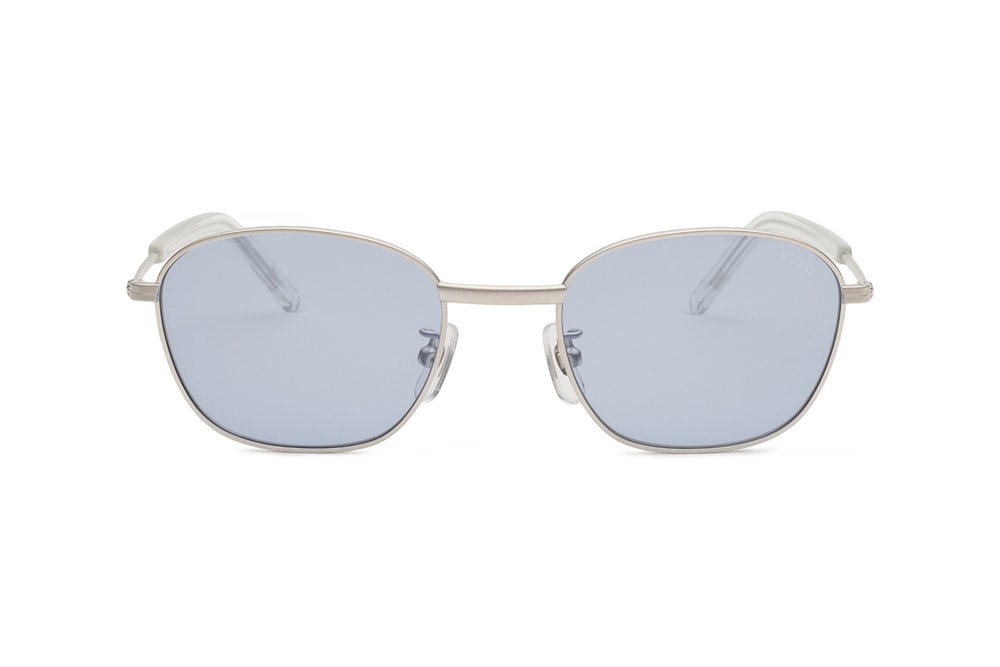 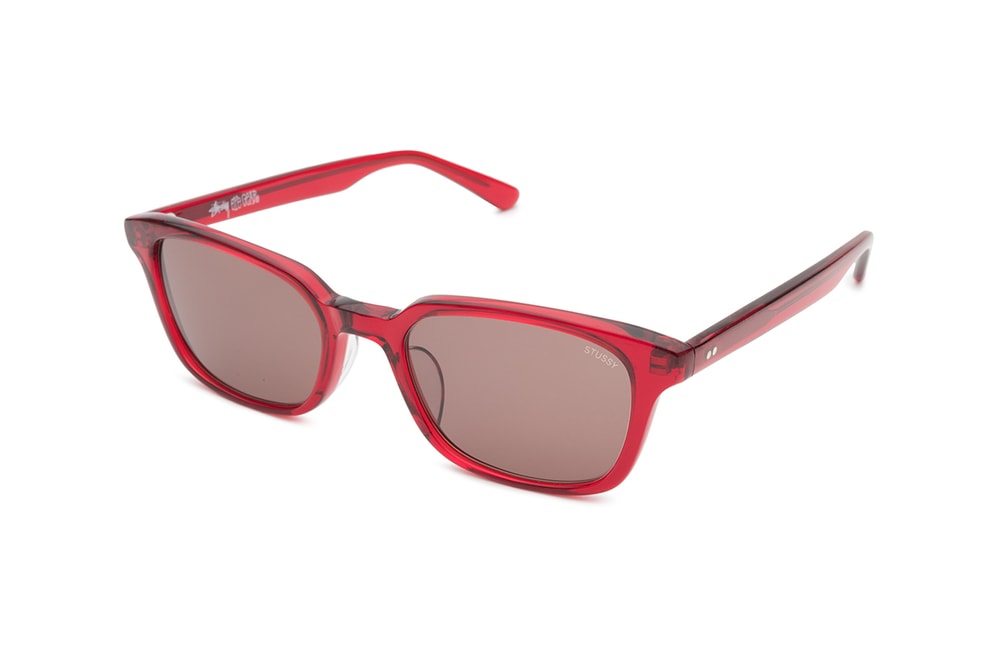 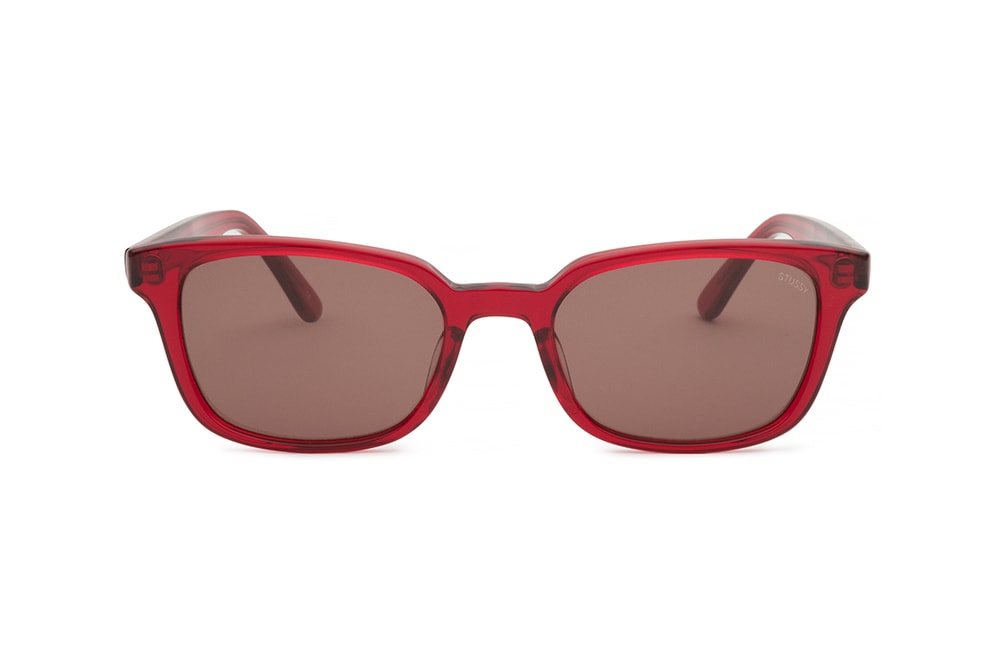 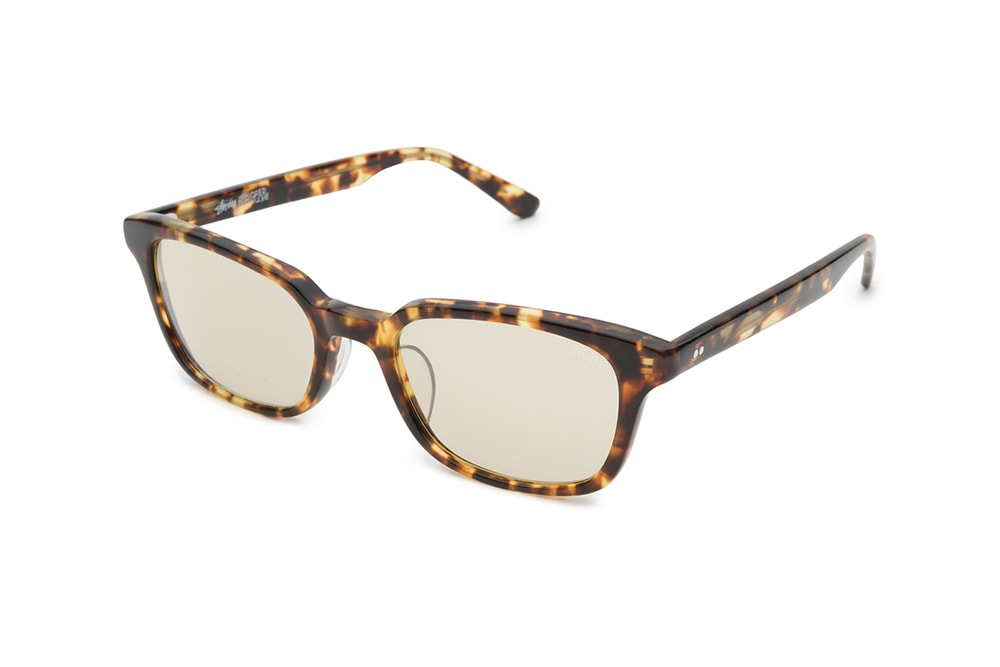 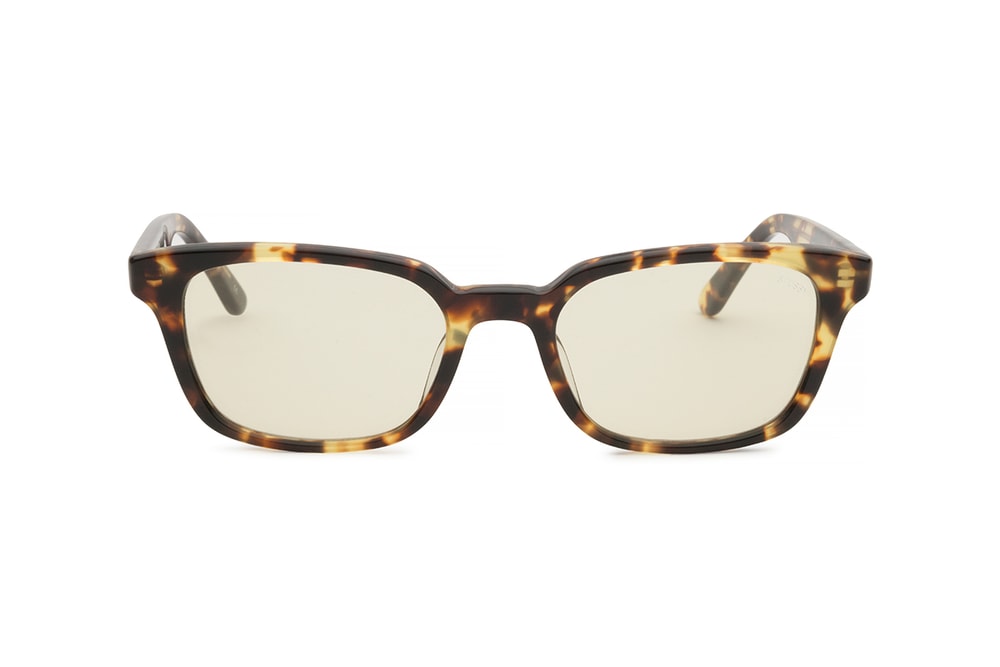 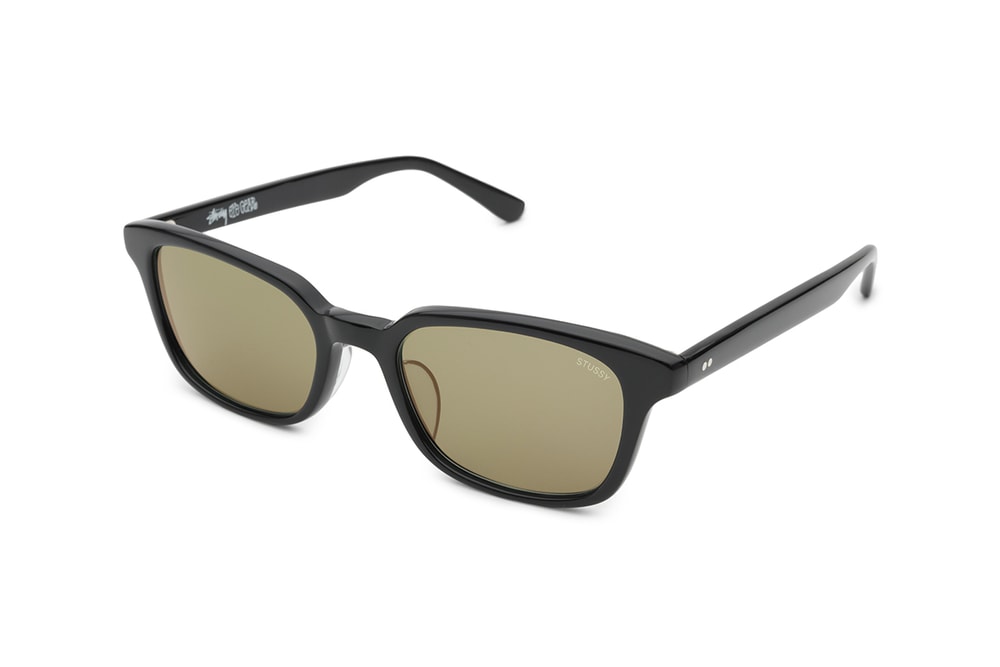 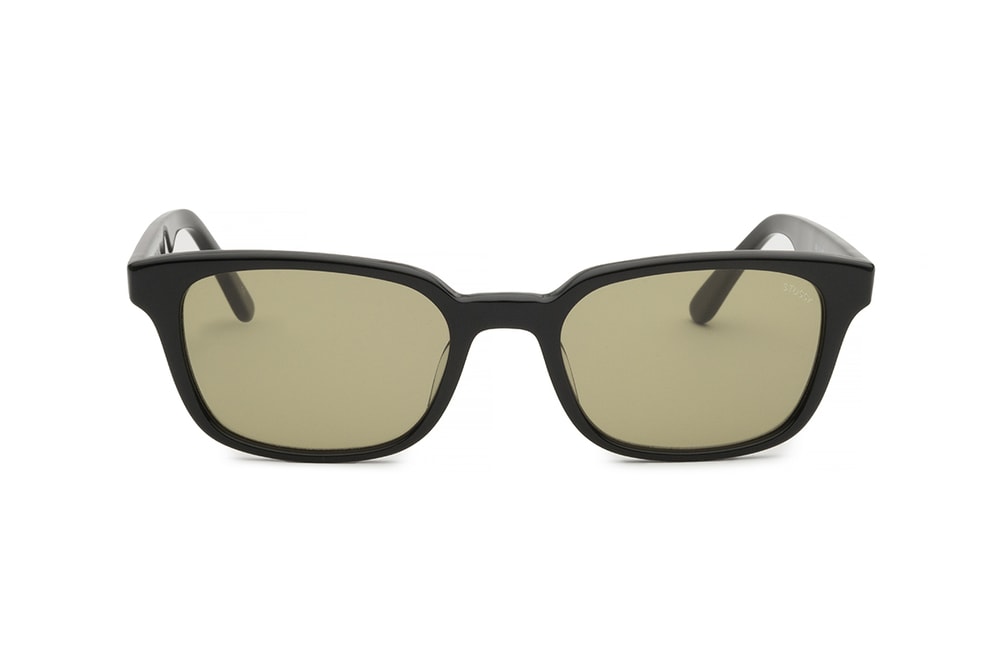 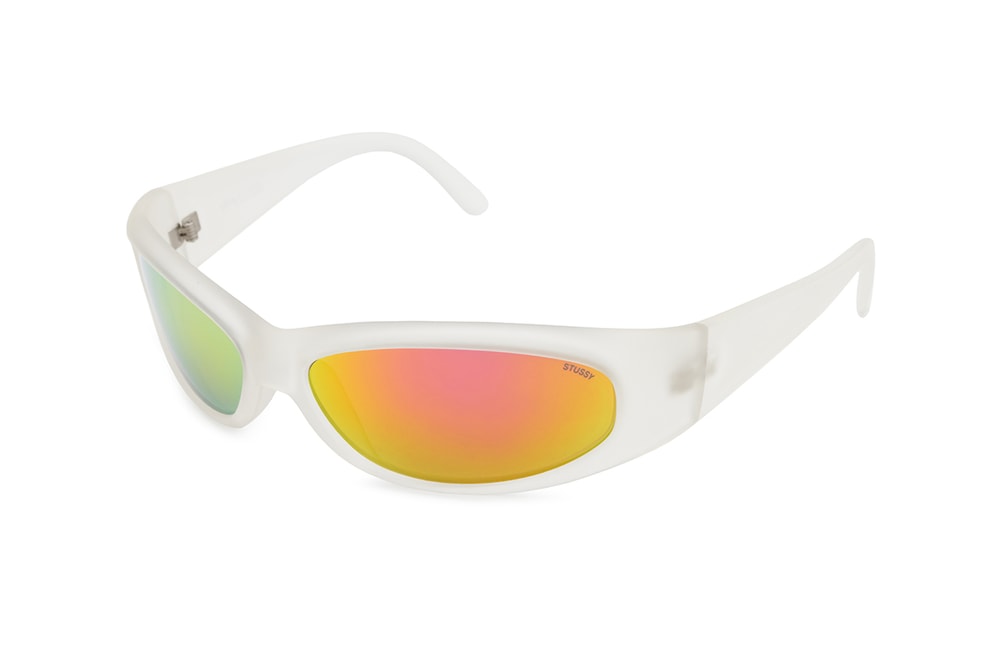 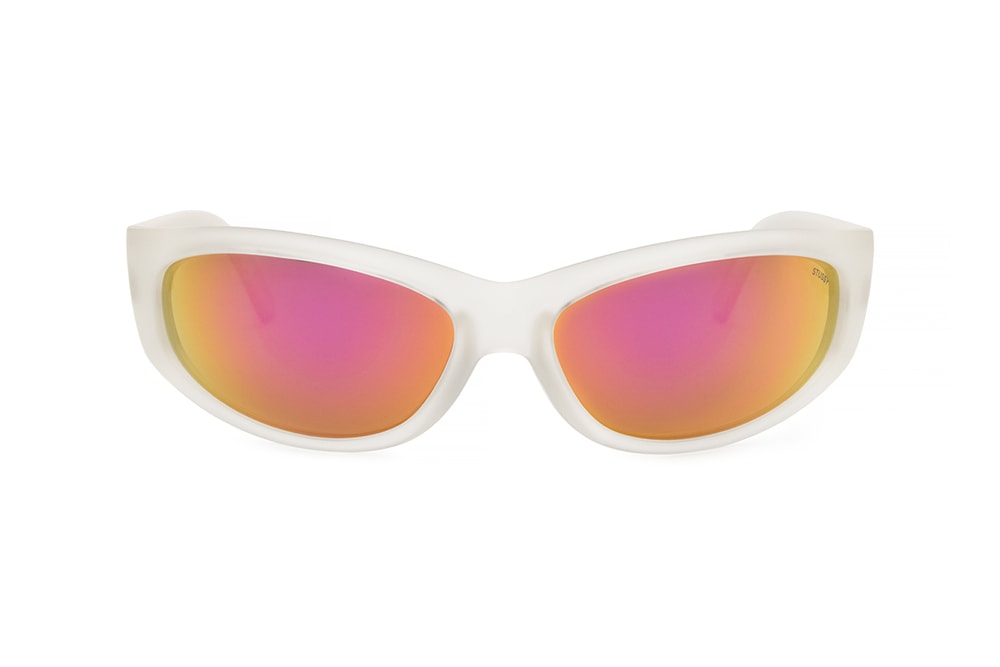 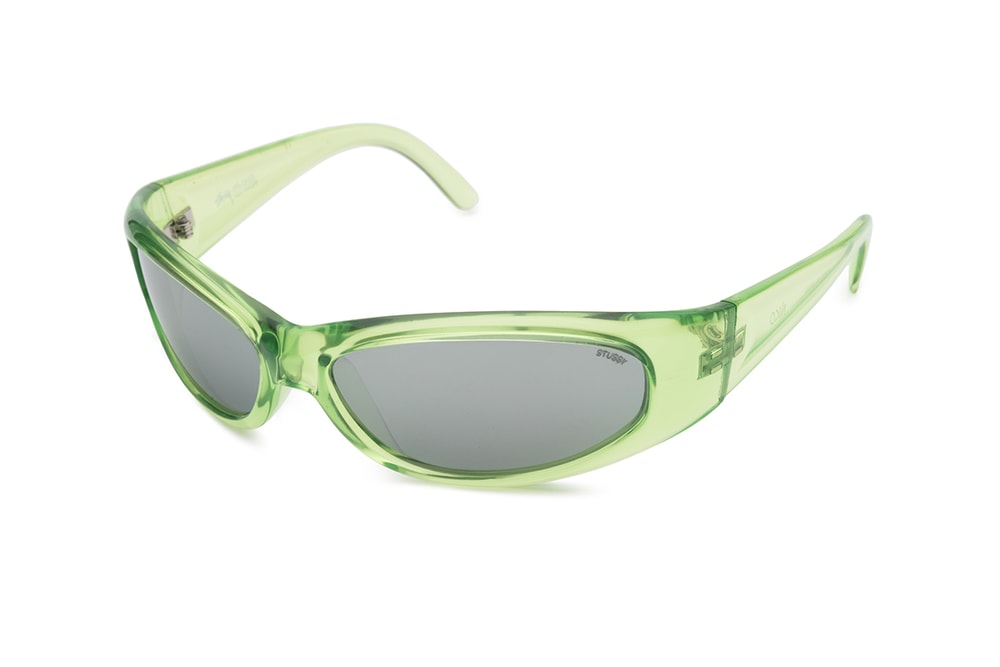 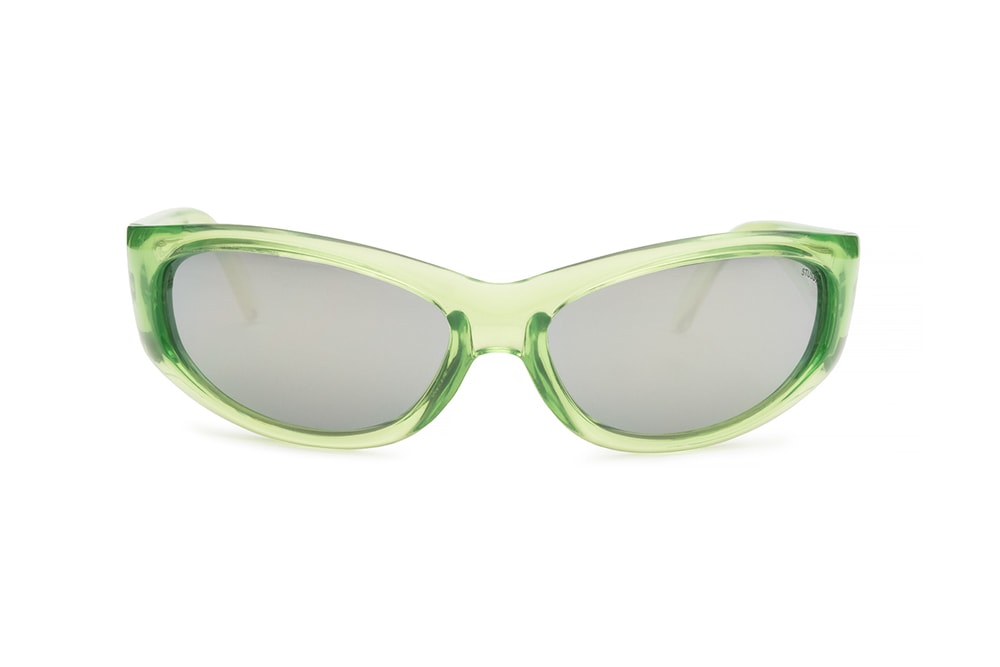 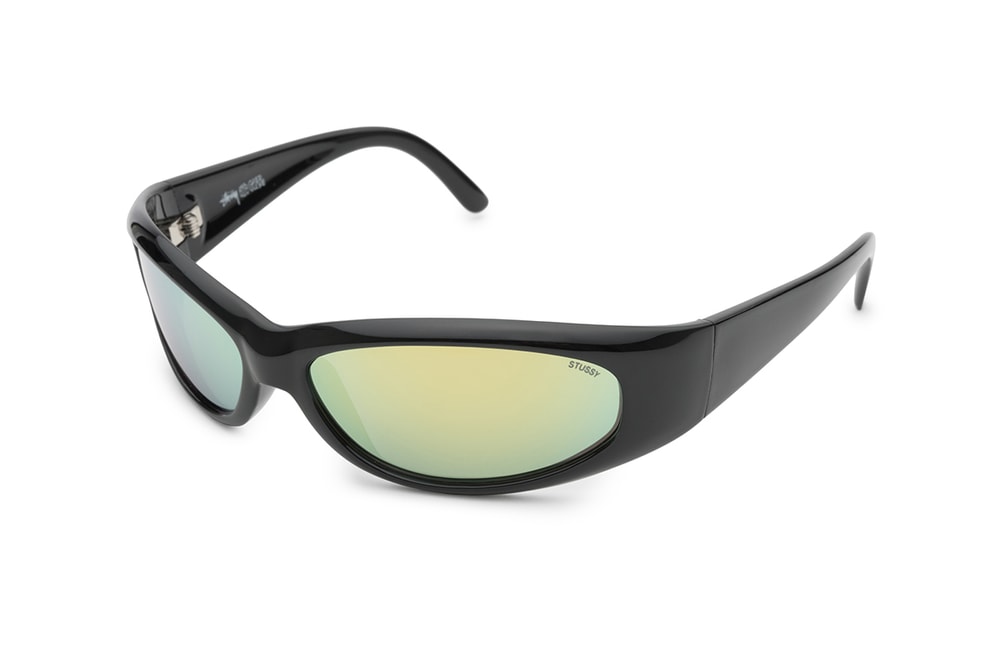 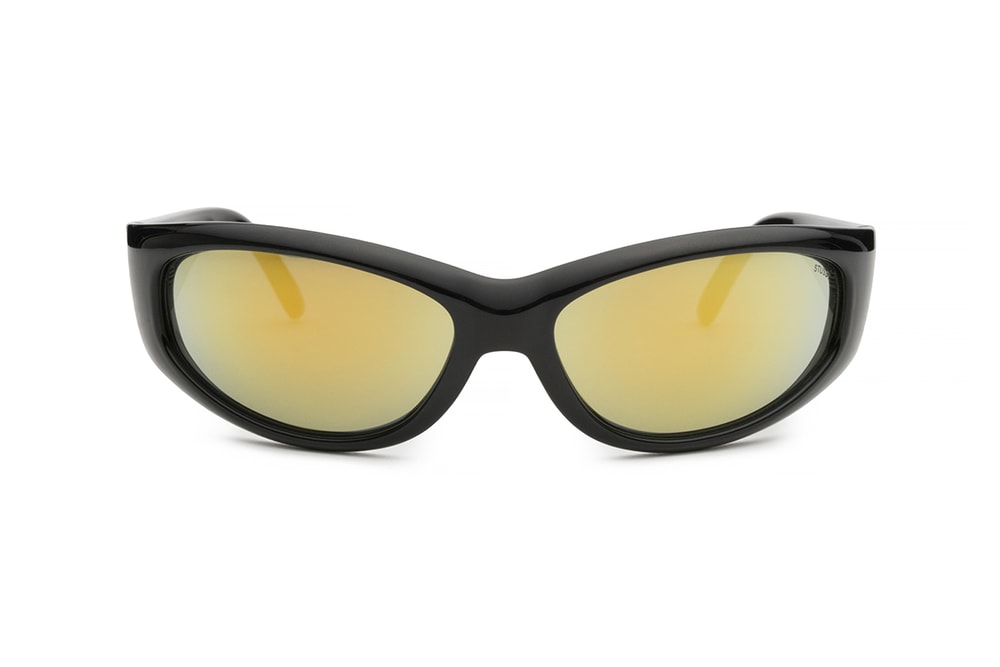 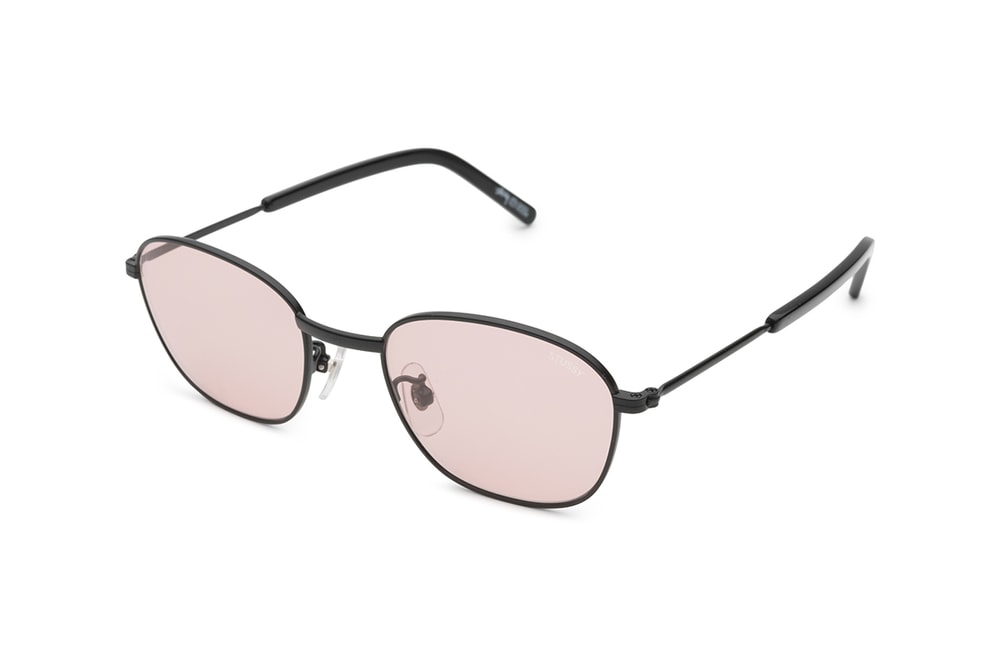 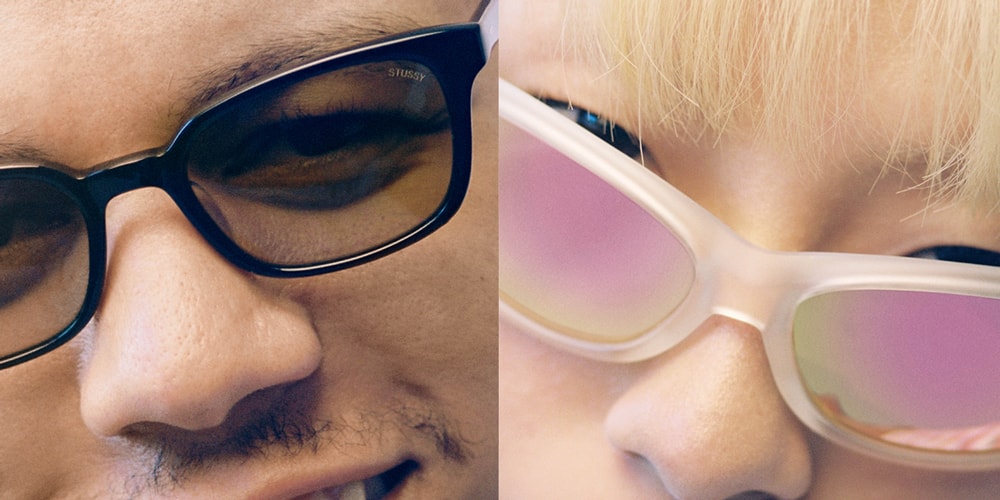 The sunglasses are influenced by the late 1980s and ’90s in which Stüssy was formed and started to become the household name it is today. Offerings such as the Nico are rave-indebted, coming in three shades — black, white and green – with retro faded shades in yellow, clear and a sunset-esque mixture of pink and yellow.

Elsewhere in the FW19 lineup, we can find reworked timeless classics such as the Owen. Its metal frame is finished in silver, soft gold and dark grey tones, while lenses are offered in pastel blue, khaki and pink. A standout pair from the Owen line is the gold and khaki offering, as it features tortoiseshell arms, complementing the Fall-ready tones in this vintage pair.

Rounding out the collection is the Logan, a squared-off take on the ever-in-style Wayfarer. Traditional black and tortoiseshell iterations are offered, but it’s the transparent red pair that stand out amongst the collection. The red pair show off the mechanics behind the glasses, exposing bolts, springs and hinges on the arms, while the tinted red lenses lightly contrast the saturated body.

All nine glasses are finished with Stüssy branding in the top left corner. Take a look at the new “eyegear” silhouettes in the gallery above and pick up your favorite from Chapter stores worldwide, online and select stockists on September 13.
Read More
Disclaimer: The information in this page is subject to change without any notice. Report