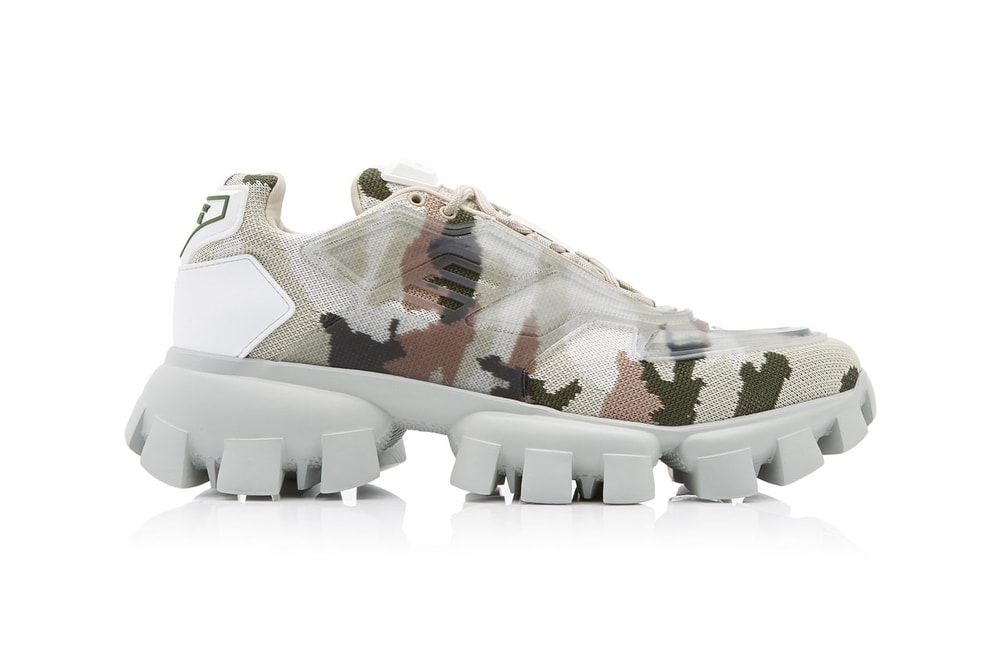 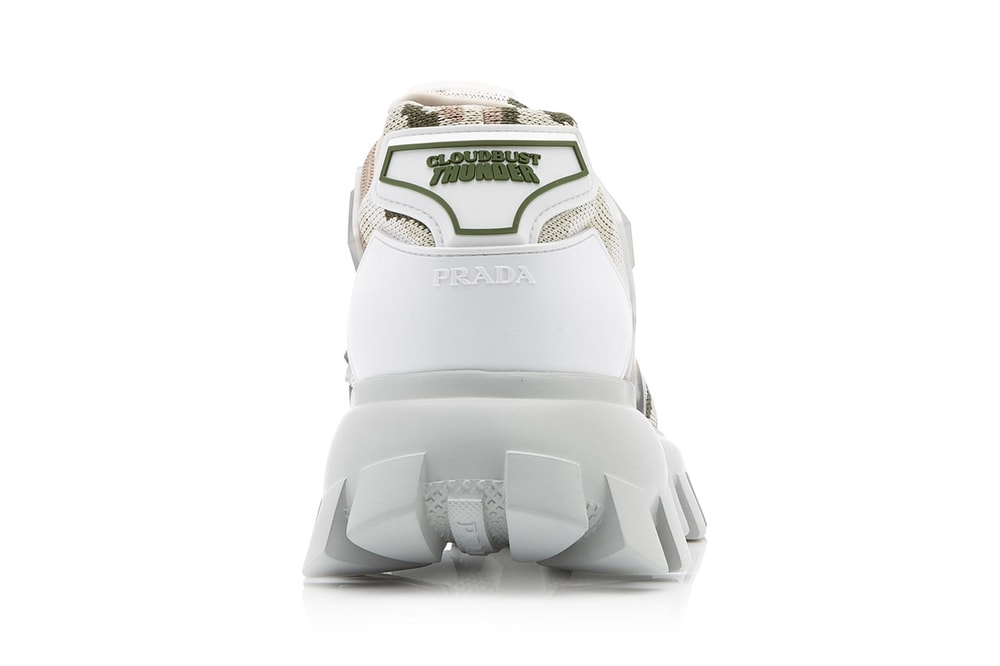 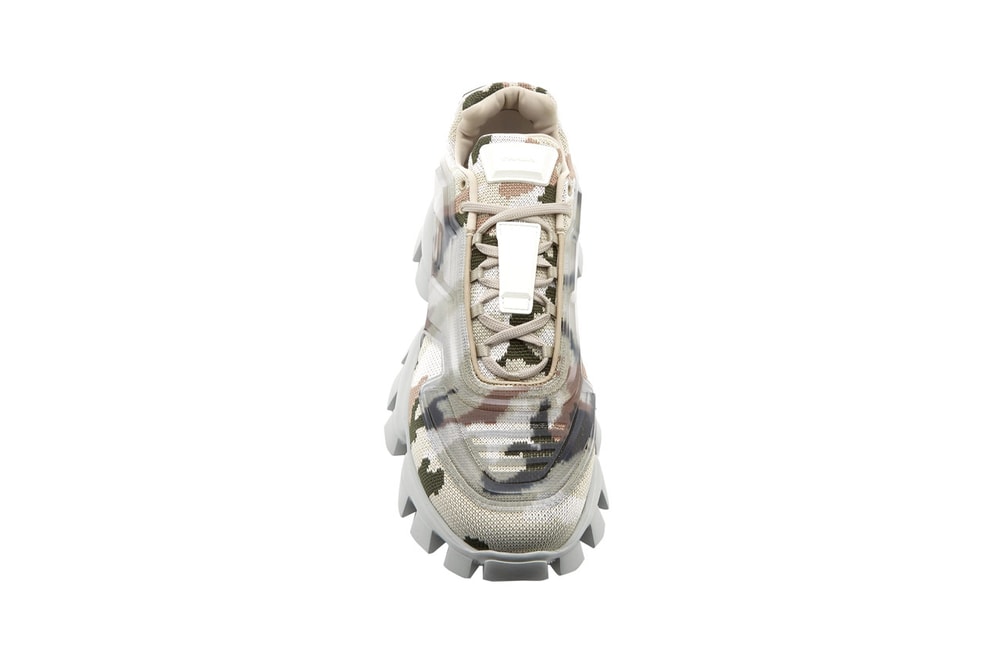 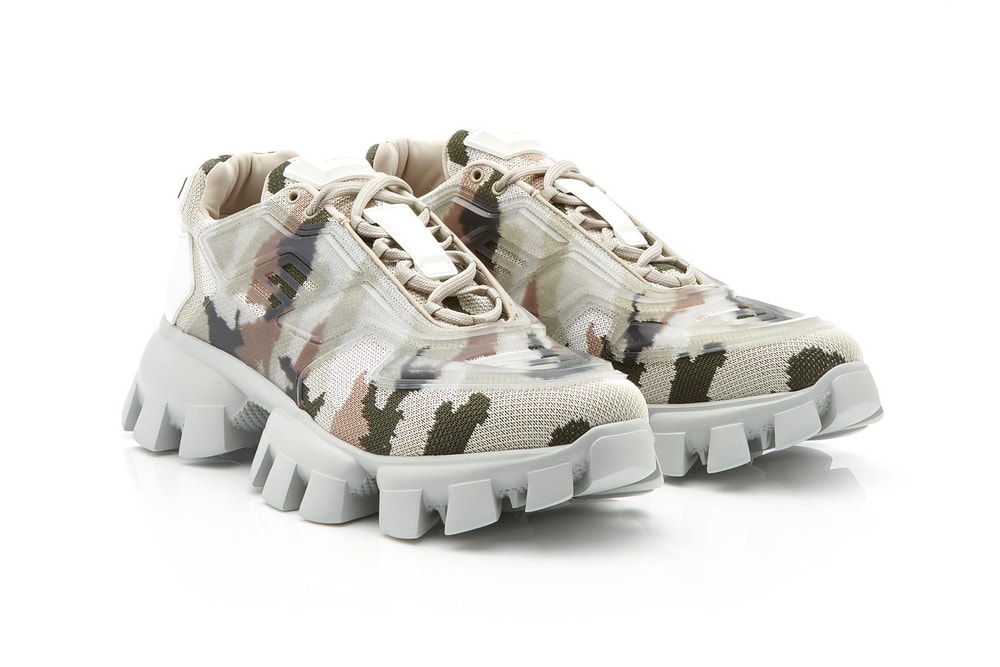 Prada Camo Rubber-Knit Sneakers
Color Gray
See at Moda Operandi
Description
Prada’s affinity for camouflage knows no bounds, having already experimented with the pattern in many collections including its outdoorsy “Prada Escape” capsule last fall. Now the Italian label has given its latest rendition of the classic print, plastering a camo shell on a pair of chunky knit sneakers that come doused in earthy tones.

The shoes are crafted of knit on the upper and feature transparent rubber overlays for a futuristic aesthetic. Camo underlays wrap around the style from front to back, standing out against the crisp white midsole. The outsole, meanwhile, offers eye-catching elements of its own by way of a jagged, lug-soled silhouette that makes for a sturdy foundation. Everything is then finished off with hits of branding, marking the tongue, heel and side panels with various Prada logos.

Prada’s Camo Rubber-Knit Sneakers are priced at $895 USD and available now from retailers such as Moda Operandi.
Read More
Disclaimer: The information in this page is subject to change without any notice. Report