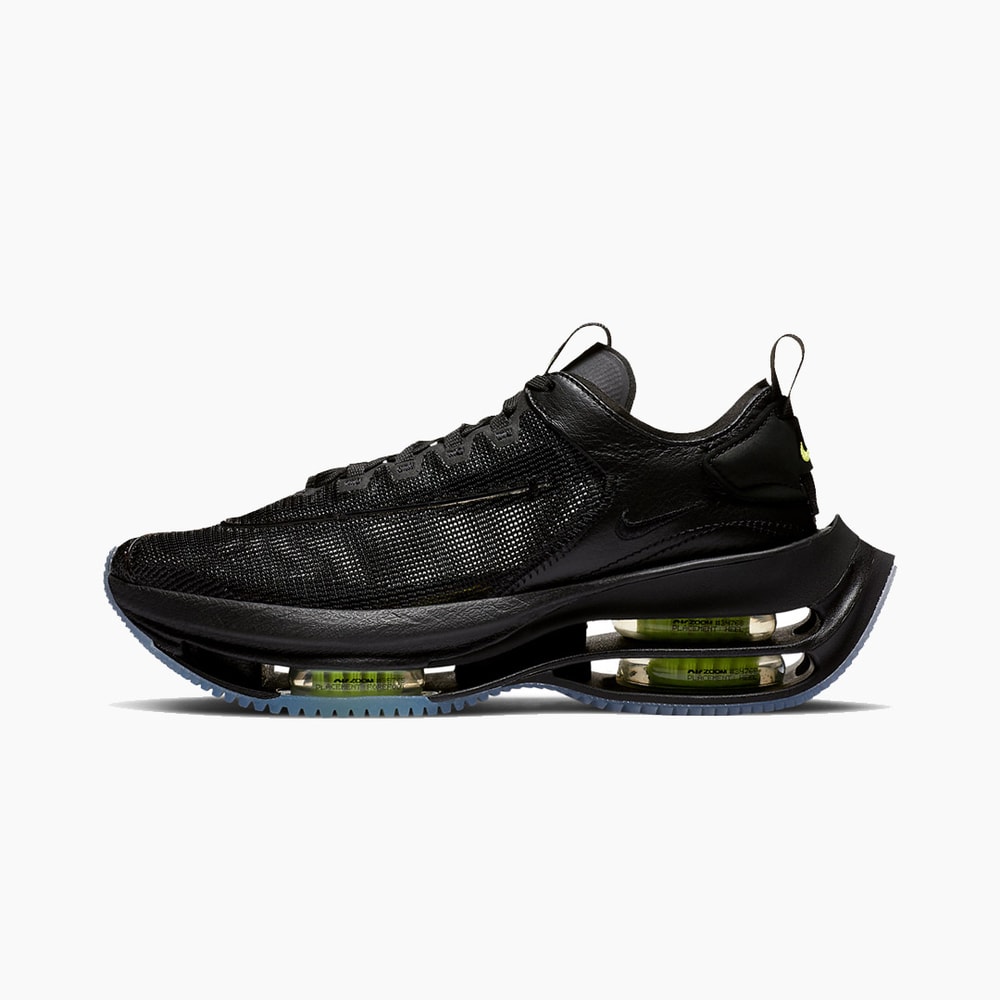 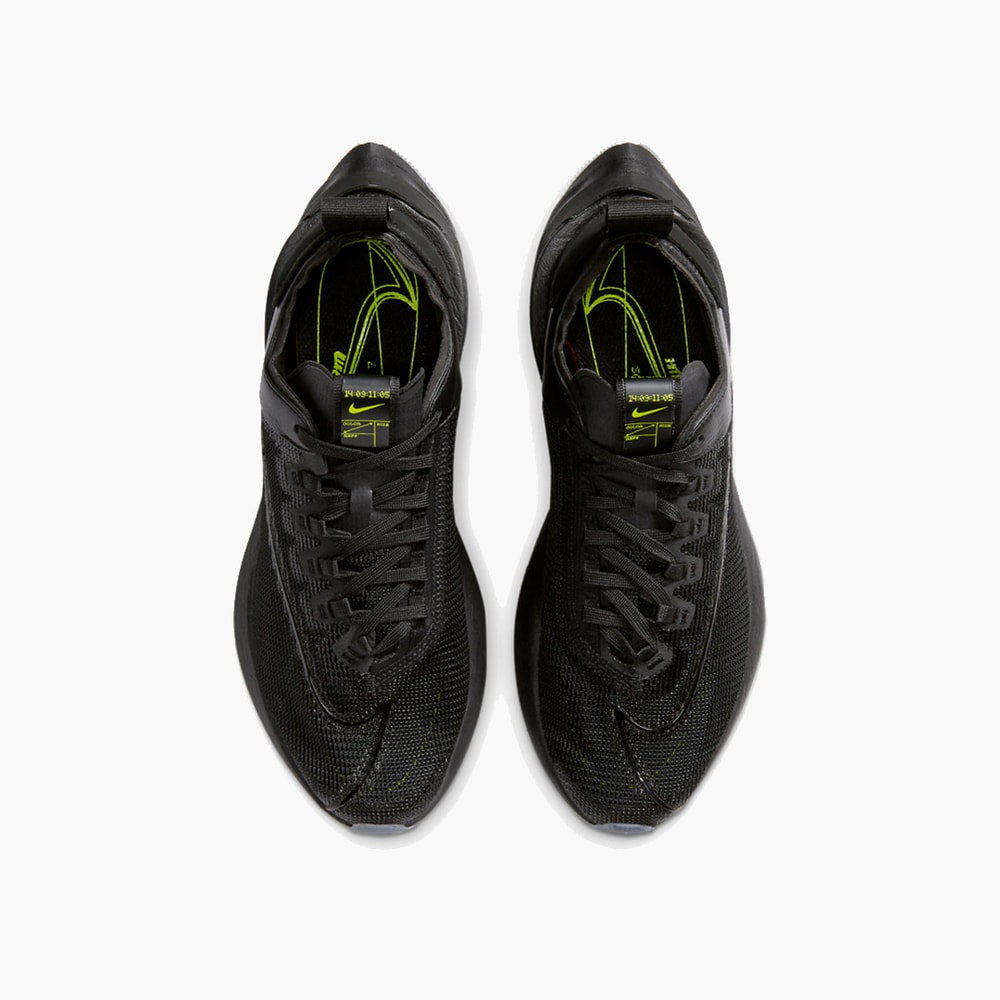 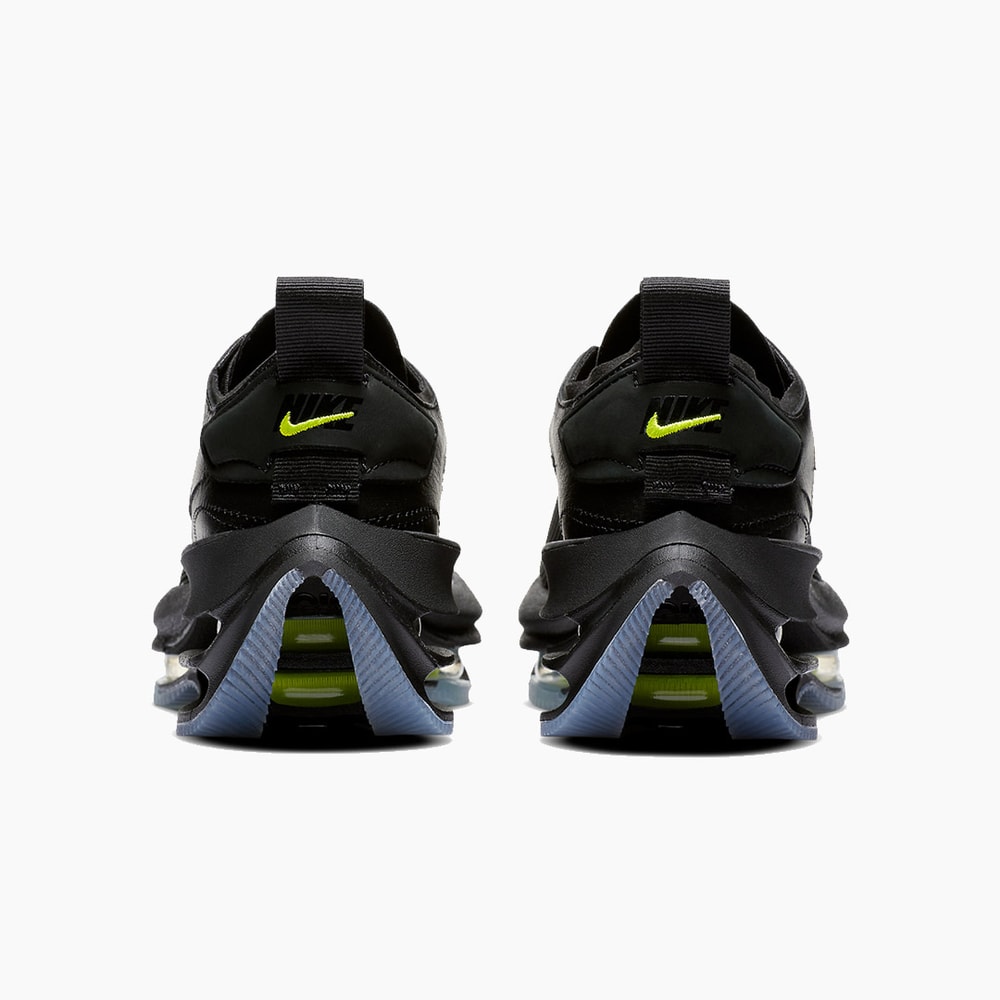 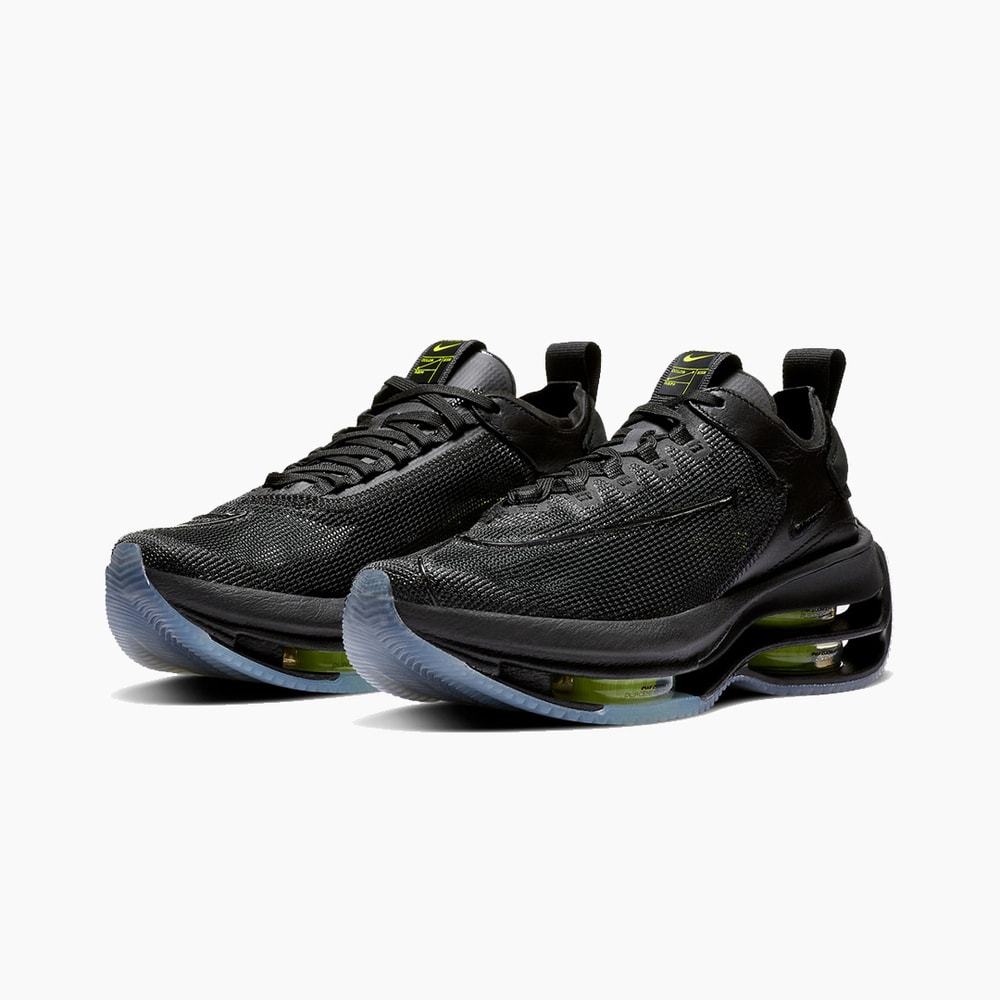 Nike Zoom Double Stacked "Black/Volt"
Color Black
See at Nike
Description
Nike‘s twice as nice Zoom Double Stacked has appeared in a sporty “Black/Volt” colorway. Following up the recent announcement of a “Barely Volt” style, this high-concept lifestyle sneaker seems to take a page out of the Nike Running playbook, with a build and palette somewhat reminiscent of the ultra-responsive Air Zoom Alphafly NEXT%.


Uppers are done up all in black, and consist of two pieces: a stripped-back mesh forefoot and a supple tumbled leather heel. The former features a deconstructed Swoosh graphic that starts on the toebox before swooping back onto the lateral midfoot, and the latter adds a small black Swoosh on the lateral side. The only divergence from this murky ethos arrives via pops of volt on the technical tongue tag and the Nike Sportswear-esque Swoosh-and-spellout graphic on the heel.


Midsoles, however, are where the Zoom Double Stacked brings home the proverbial bacon and fully earns its nom de guerre. Two large, clear Zoom pods with volt-colored fibers are stacked in the heel. These are separated by a duo of TPU plates that run all the way to the forefoot, ensconcing a second set of Zoom pucks that are placed side by side. All four of these oval-shaped cushioning systems feature technical text that denotes their placement in the heel or forefoot, and the midsole crests in a striking point at the rear. Finally, a translucent outsole that shows off the forefoot Zoom pucks finalizes the look.

The Nike Zoom Double Stacked “Black/Volt” is set to debut on Nike SNKRS come July 2, and will retail for $230 USD.
Read More
Disclaimer: The information in this page is subject to change without any notice. Report