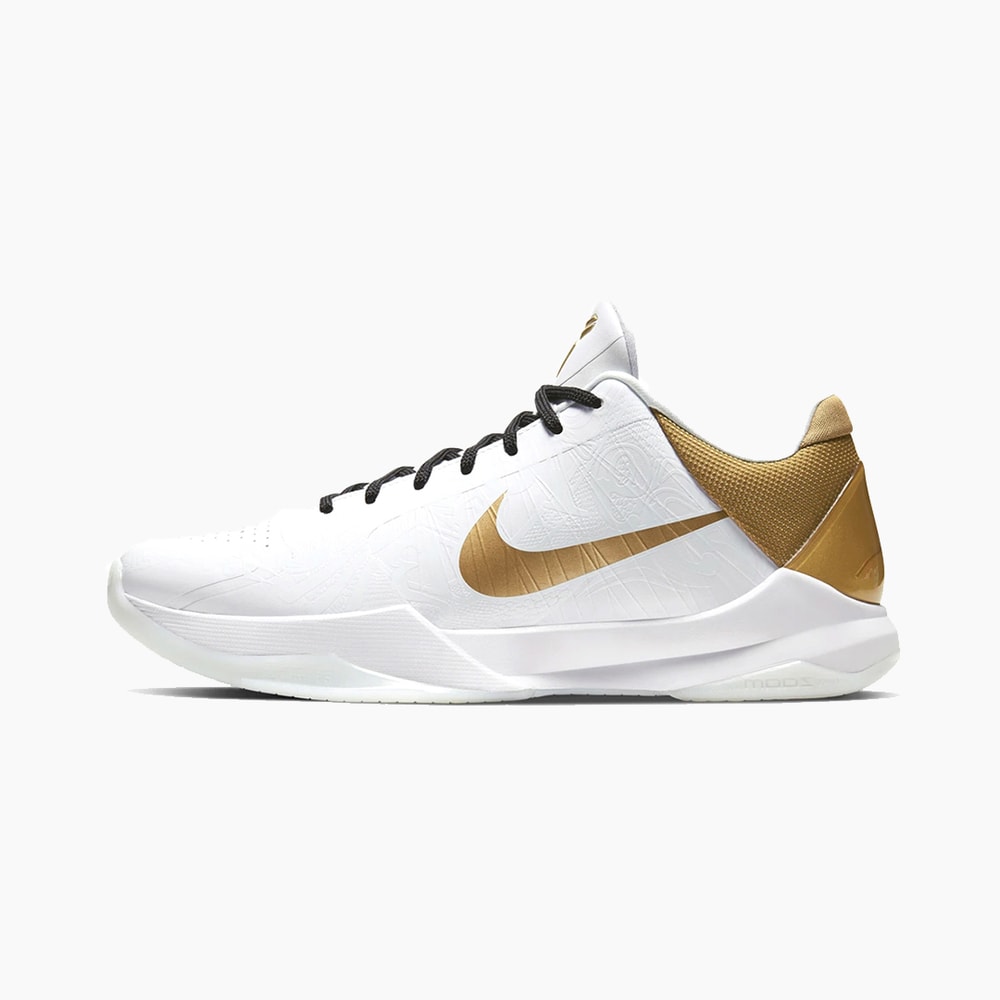 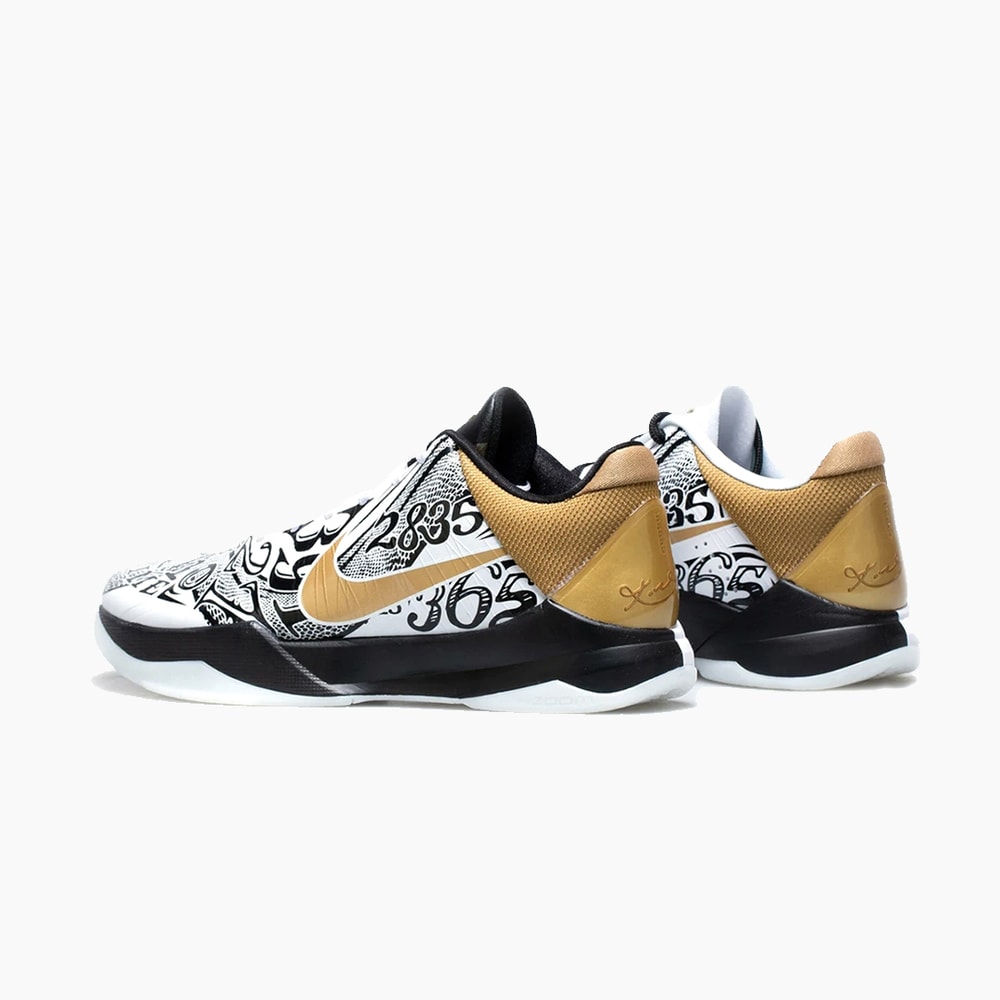 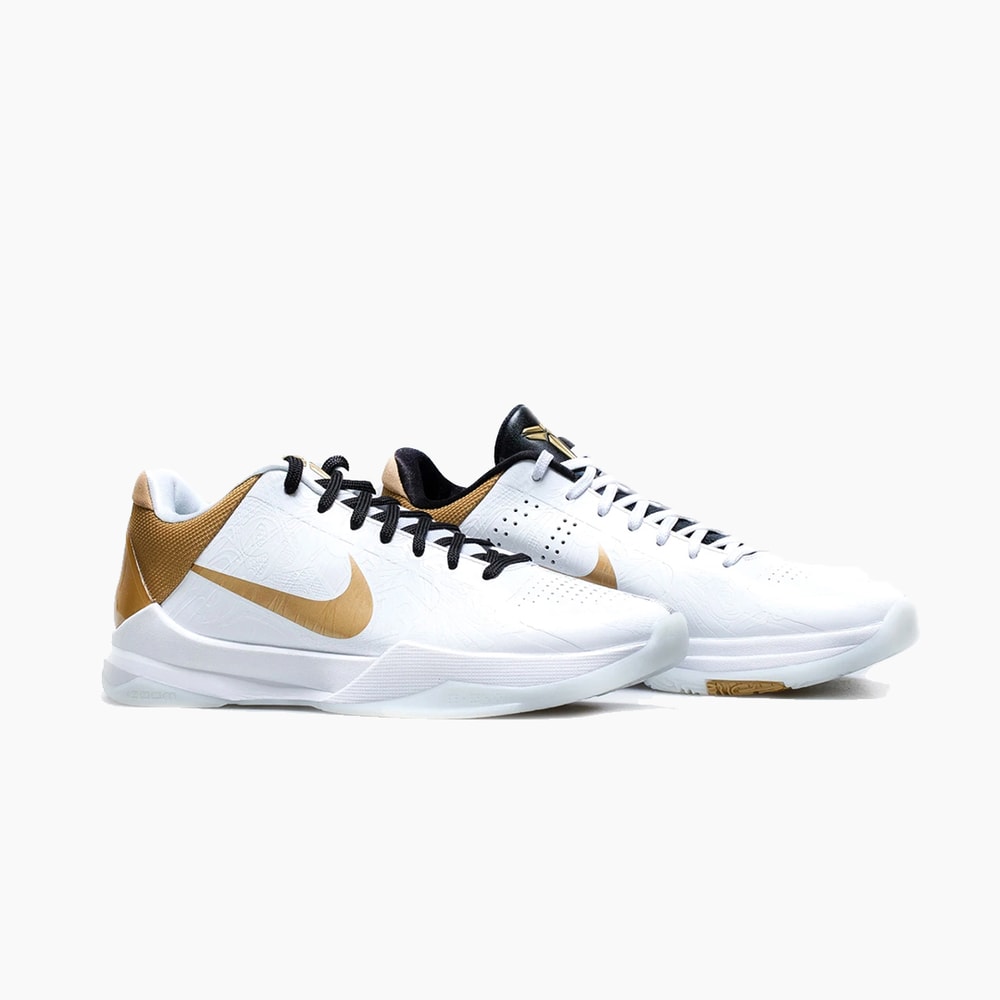 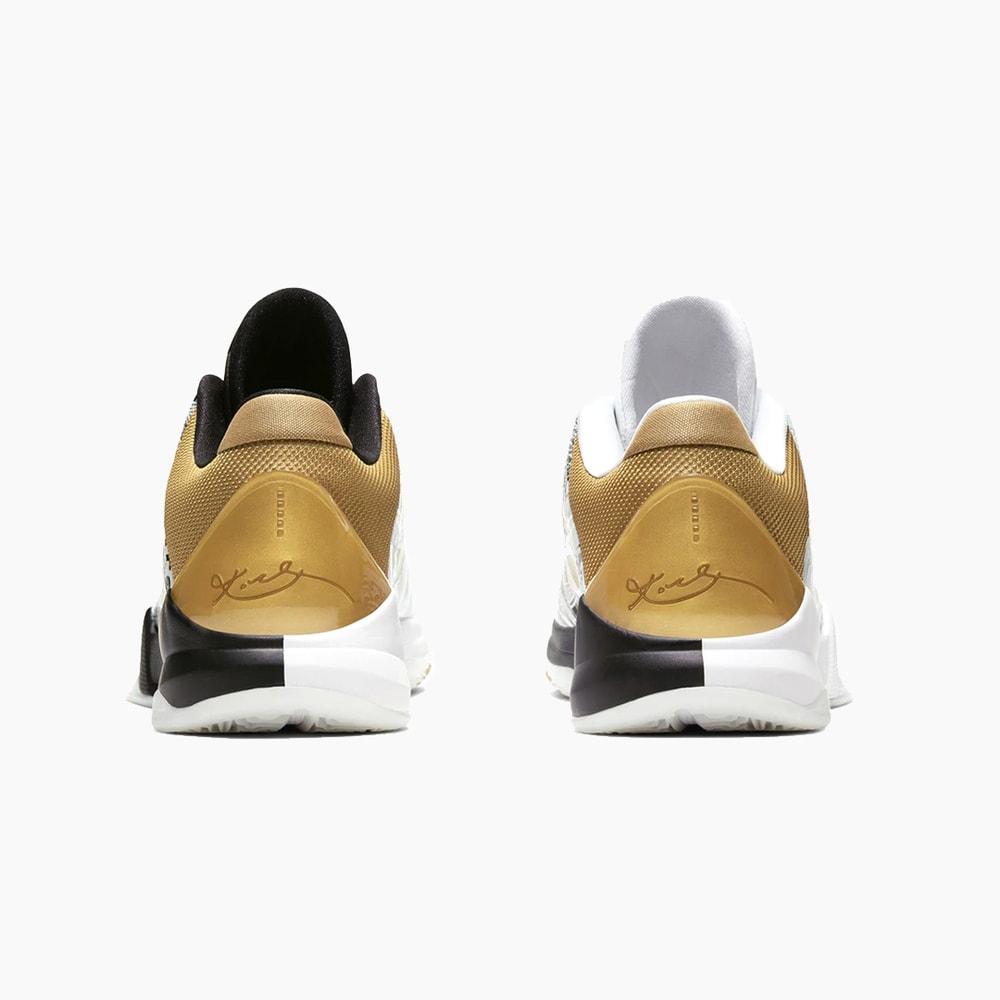 Nike Kobe 5 Protro "Big Stage"
Color White
See at Nice Kicks
Description
Since Kobe Bryant‘s tragic passing in January, the future of his signature Nike Basketball line has been shrouded in mystery. Now, the intrigue around the Los Angeles Lakers‘ legend and future Basketball Hall of Famer’s sneakers is growing with the reveal of a Kobe 5 Protro “Big Stage.” Some of the Mamba’s loyal fans have called for Nike to continue releasing his signature footwear in tribute, while others argued that the line should be shelved out of respect. From a product standpoint, all that’s released is the Mamba Rage — a budget friendly takedown shoe — although a “Lakers” colorway was also briefly previewed before being indefinitely shelved earlier in the year. However, the “Big Stage” is unquestionably the most heritage-packed posthumous Kobe yet.

Tongues and laces continue the yin-and-yang of style with alternating black/white (left) and white/black (right) builds. Swooshes and heels, however are uniform across both feet with a bold gold hue. Finally, EVA midsoles complete the look with a 50/50 black and white mix that follows the upper’s patterns and offer twice as much Zoom Air as the original Kobe for high-grade performance.

Although the Nike Kobe 5 Protro “Big Stage” has been rumored and speculated for months, it recently popped up at retailers like Nice Kicks for the first time ever with a tentative release date of July 1. If it does in fact release, the retail price will be $180 USD.
Read More
Disclaimer: The information in this page is subject to change without any notice. Report