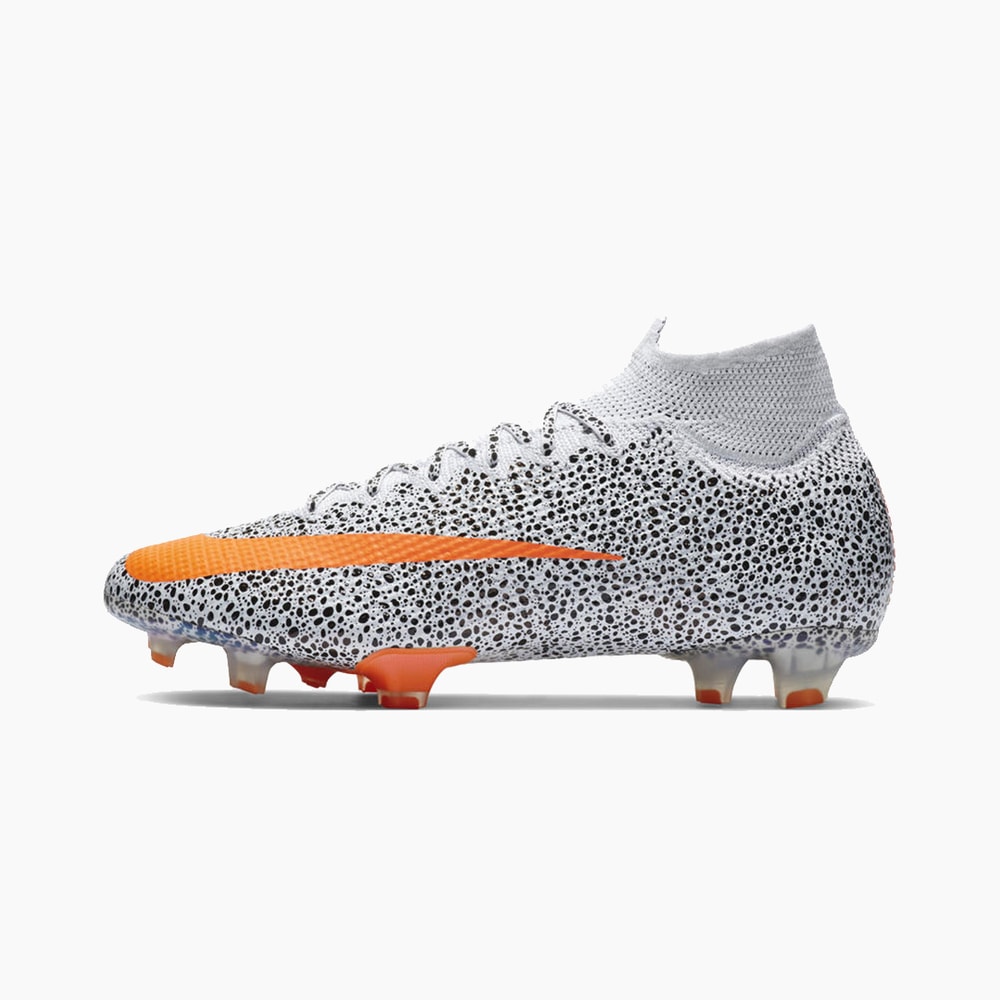 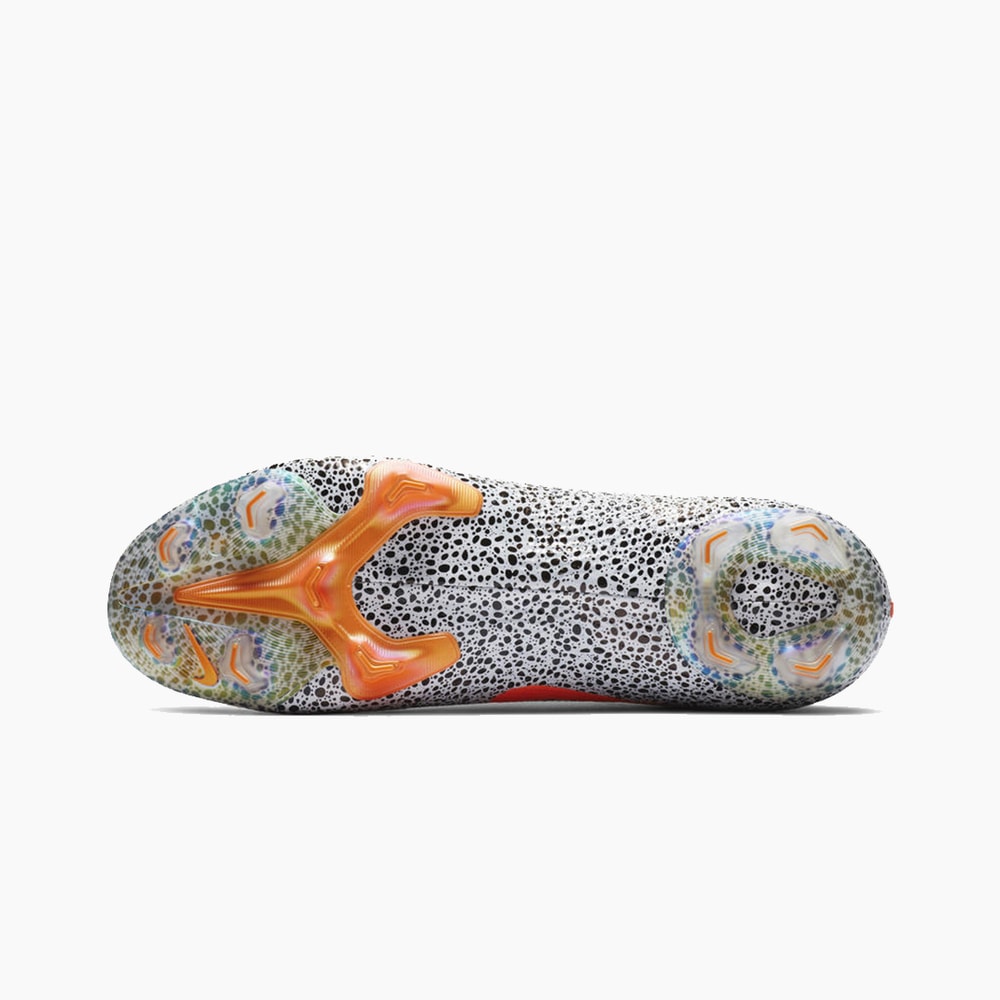 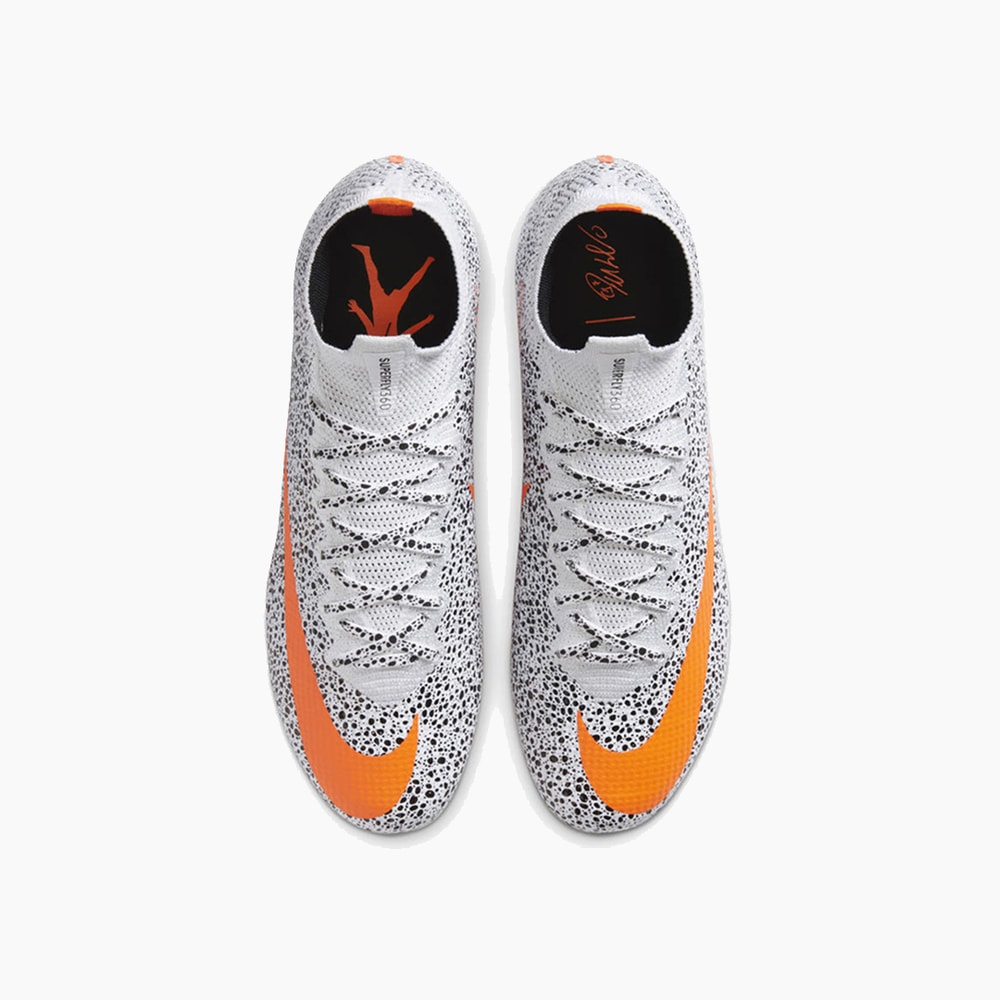 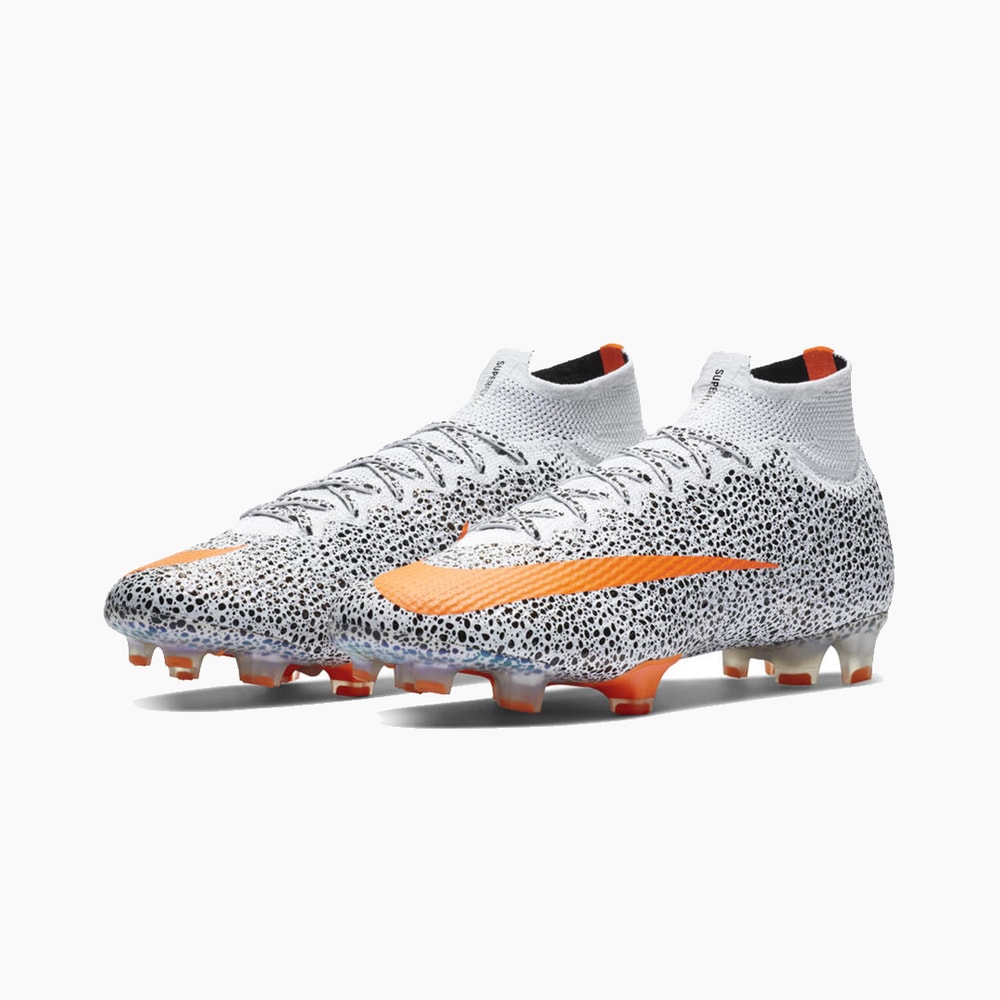 The Elite style features chevron pattern of the Mercurial Superfly, while the kid’s edition of the boot remains in-keeping with the white, black and orange “Safari” color scheme.

The “Safari” print was first worn by Ronaldo back in November 2010. This print and look quickly became synonymous with the striker, before being used in different and experimental ways later in later iterations, such as the reflective chevron pattern.

The Nike Mercurial Superfly CR7 Safari launches globally on June 17th and will be available from the Nike web store.
Read More
Disclaimer: The information in this page is subject to change without any notice. Report