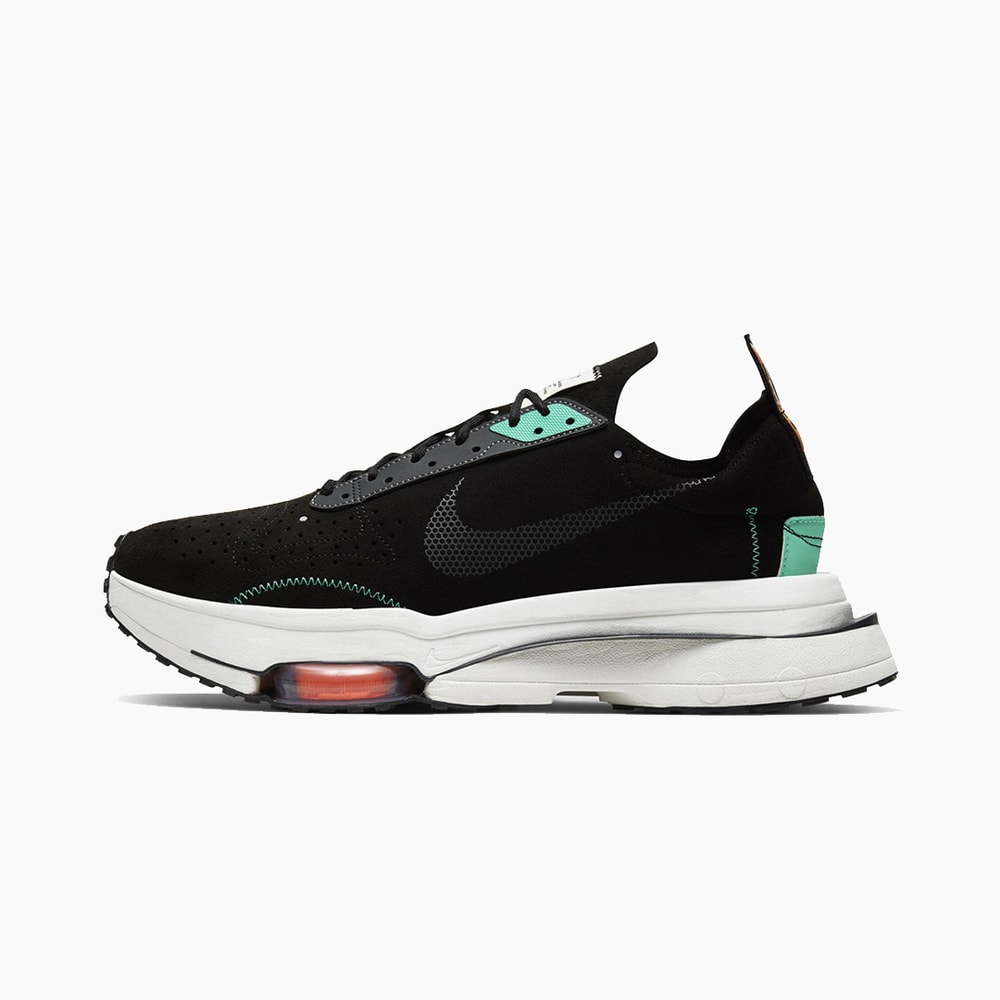 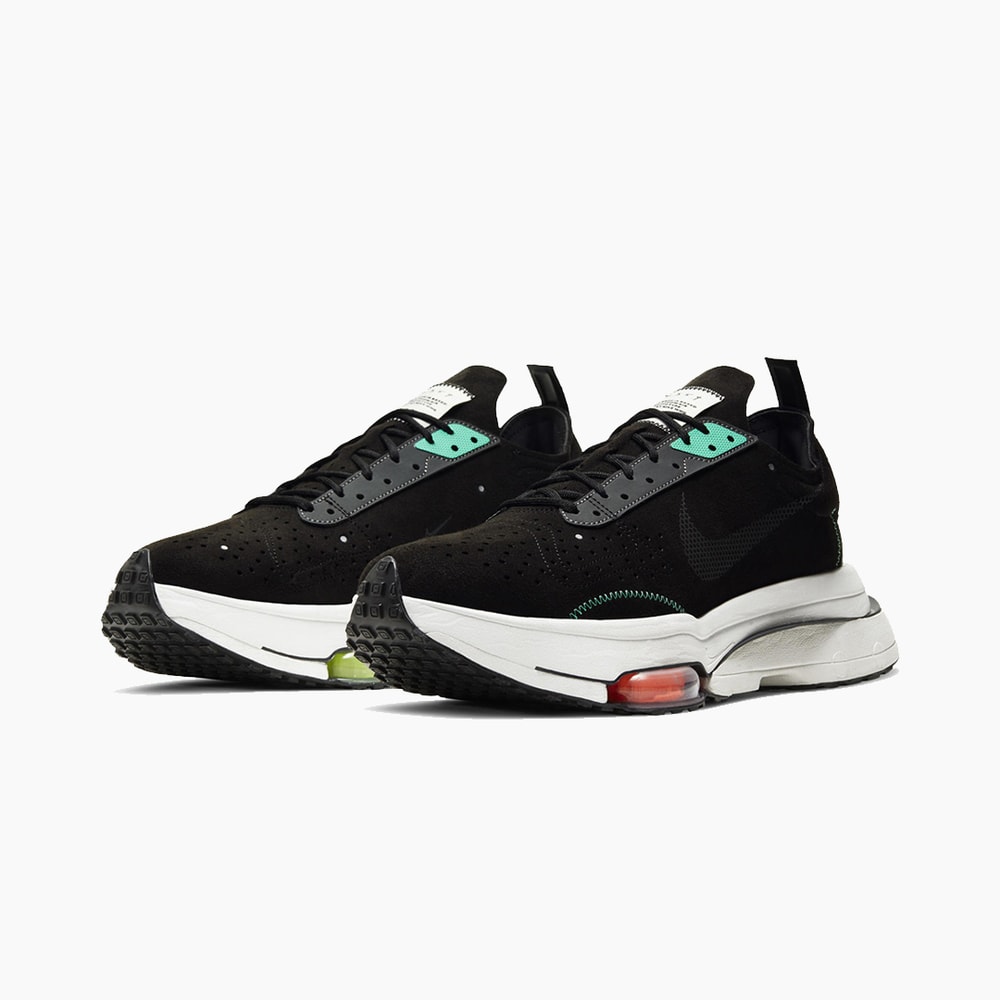 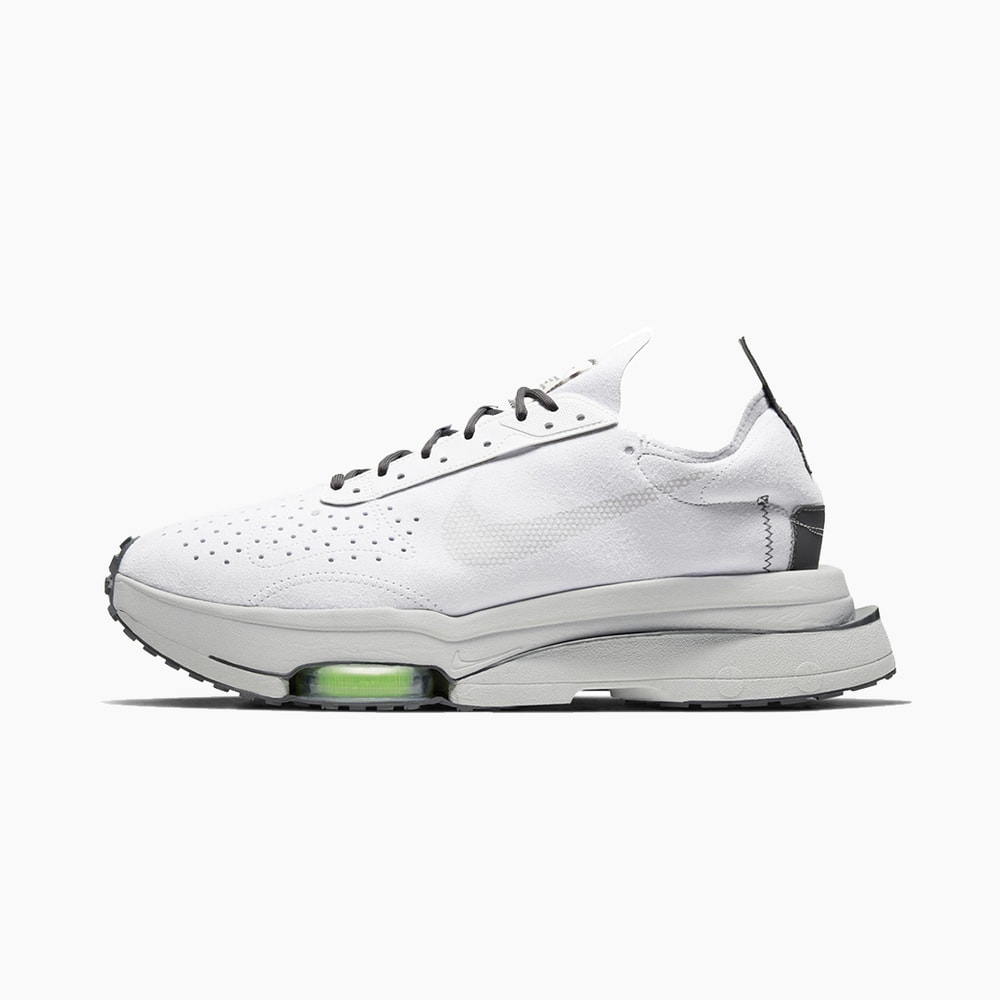 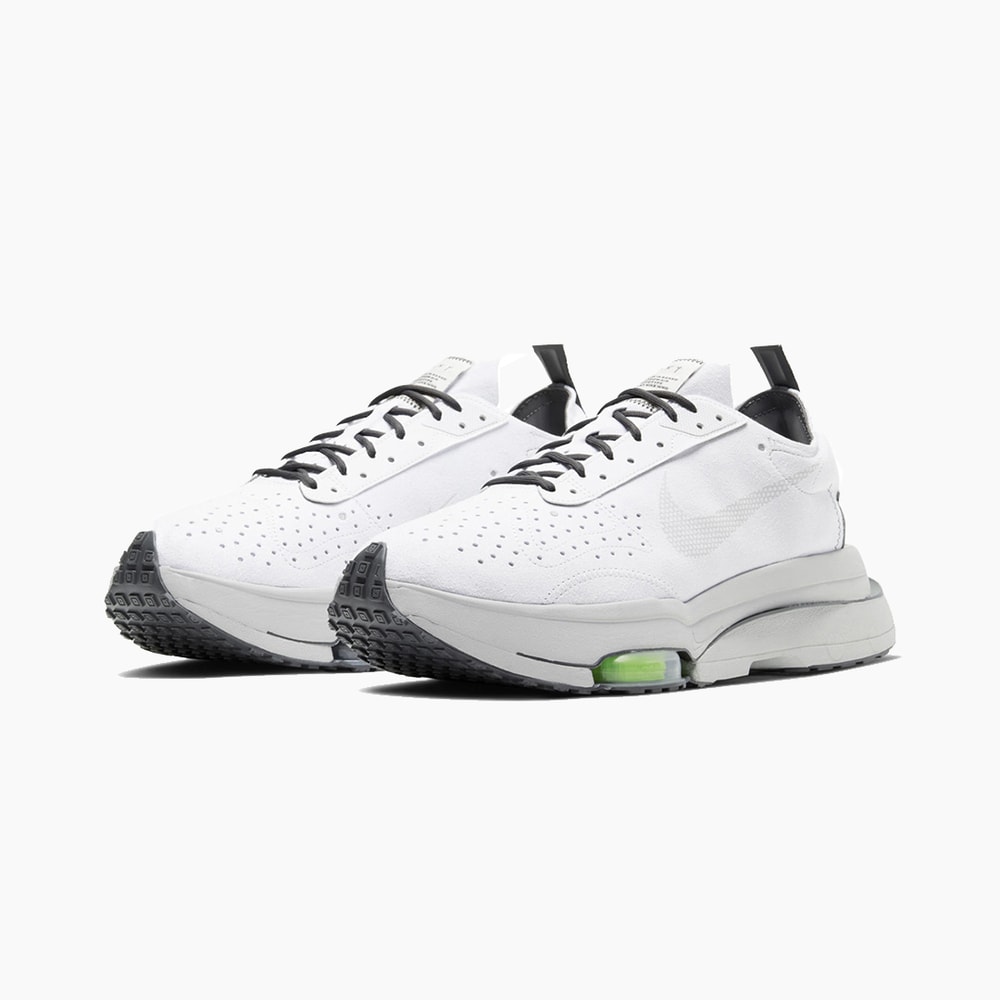 Available in both a black colorway with vibrant teal, red and volt accents plus a more subtle white and grey with volt, the design boasts a thick double-stacked EVA foam midsole with two Zoom Air pucks in the forefoot and a full-length TPU shank. This provides a similar sensation of propulsion to the aforementioned Alphafly NEXT%, but is more than just a repackaged design aesthetic: its deconstructed look is a direct nod to the Alphafly NEXT%’s original prototypes.

Unlike the other N. 354 silhouettes — which are typically inspired by unreleased designs from Nike’s archival department — the Air Zoom Type was created in real time alongside the Alphafly. “Rather than just repackage an aesthetic, I felt it was authentic to create a true connection to the innovation story,” continued Gibson. “We achieve that by drafting off the initial concept and idea, ultimately delivering a really raw, visceral version of the performance runner.”

The Nike Air Zoom Type will release on Nike SNKRS and at select stockists June 5, with a yet-to-be-announced MSRP.
Read More
Disclaimer: The information in this page is subject to change without any notice. Report