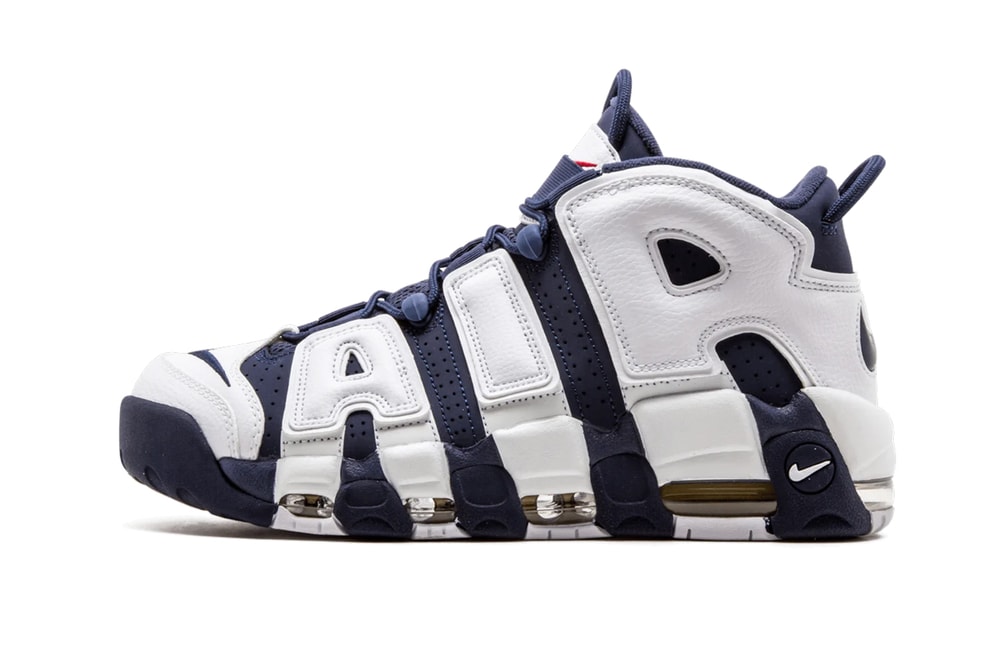 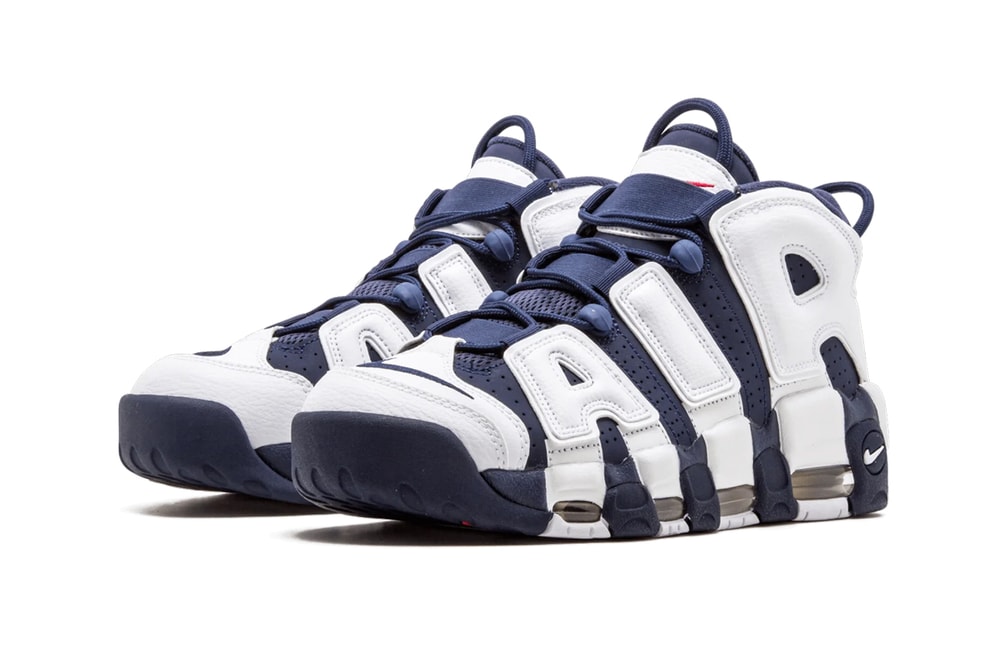 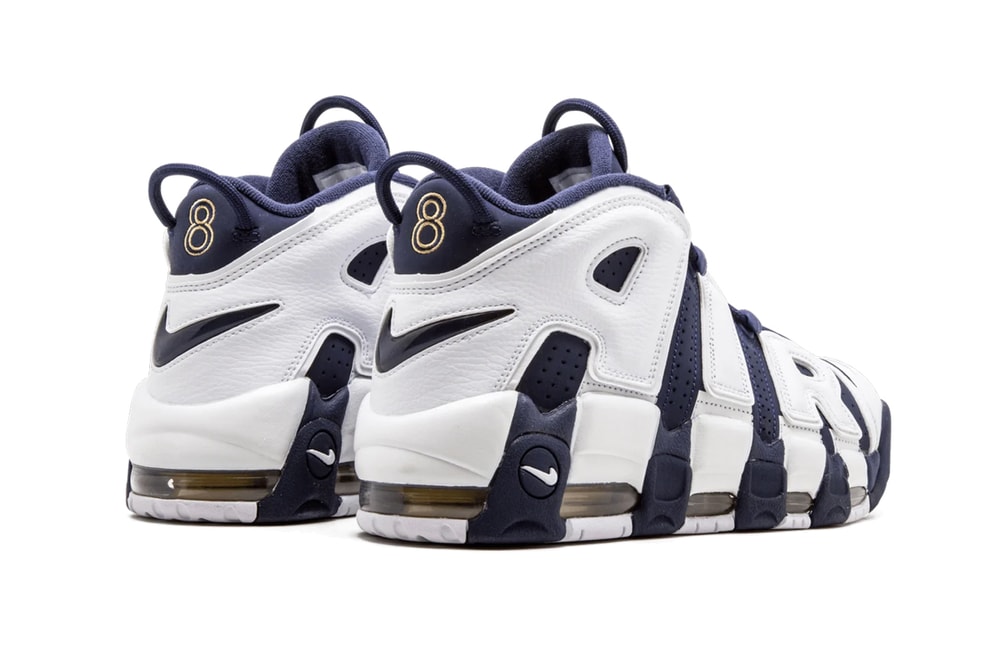 Nike Air More Uptempo "Olympic"
Color N/A
See at Stadium Goods
Description
Nike‘s Air More Uptempo has returned in its acclaimed “Olympic” colorway. Originally created for Scottie Pippen‘s stint with the USA Basketball team during the ‘96 Olympic Games, this patriotic makeup was worn by both Pippen and Charles Barkley during the USA squad’s march to a second straight gold medal. Since then it’s re-released in 2012 and 2016, and it’s now set to celebrate the Games again with a third retro.

Built from a navy blue nubuck, this Uptempo’s signature detail is provided by its bold white leather “AIR” overlays on the lateral and medial side, both of which drop their crisp shades down onto the midsole for extra contrast. More white leather is present on the toe cap and tongue, both of which also boast Swoosh graphics — blue on the former, red on the latter.

Special details are ramped up even further on the heel thanks to a blue jewel swoosh and a gold-trimmed #8 for a nod to Pippen’s Olympic jersey number. The full-foot Air Max cushioning system takes on a podium-worthy gold medal hue, and the white/navy outsole equips final red Swooshes to round off the look.

The Nike Air More Uptempo “Olympic” has been popping up (and quickly selling out) at select retailers over the past week, and is priced at at $160 USD. It’s expected to hit the Nike webstore before the 2020 Tokyo Olympics, which are currently still on as scheduled but could very well be cancelled due to the continued spread of the novel coronavirus. If you’re not in the mood to wait for an official drop, pairs are available at Stadium Goods now, with prices ranging from $320-$469 USD.
Read More
Disclaimer: The information in this page is subject to change without any notice. Report