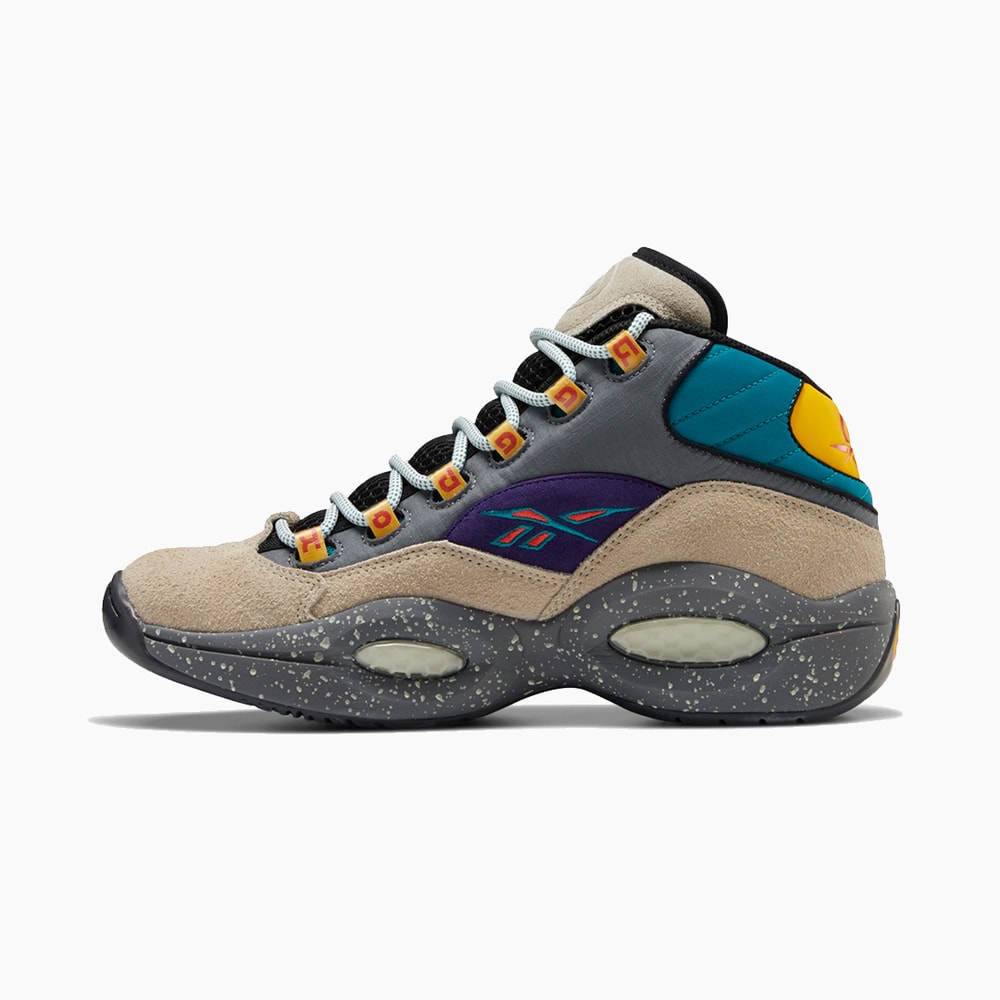 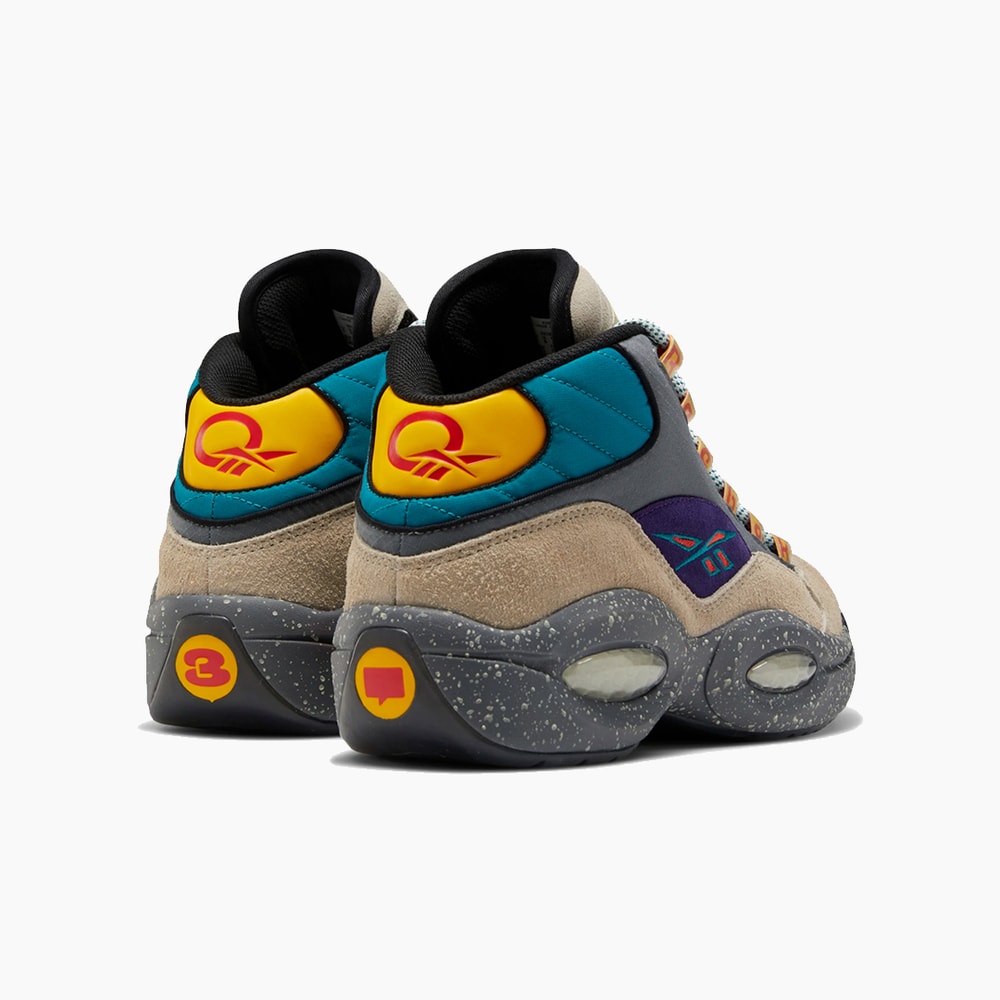 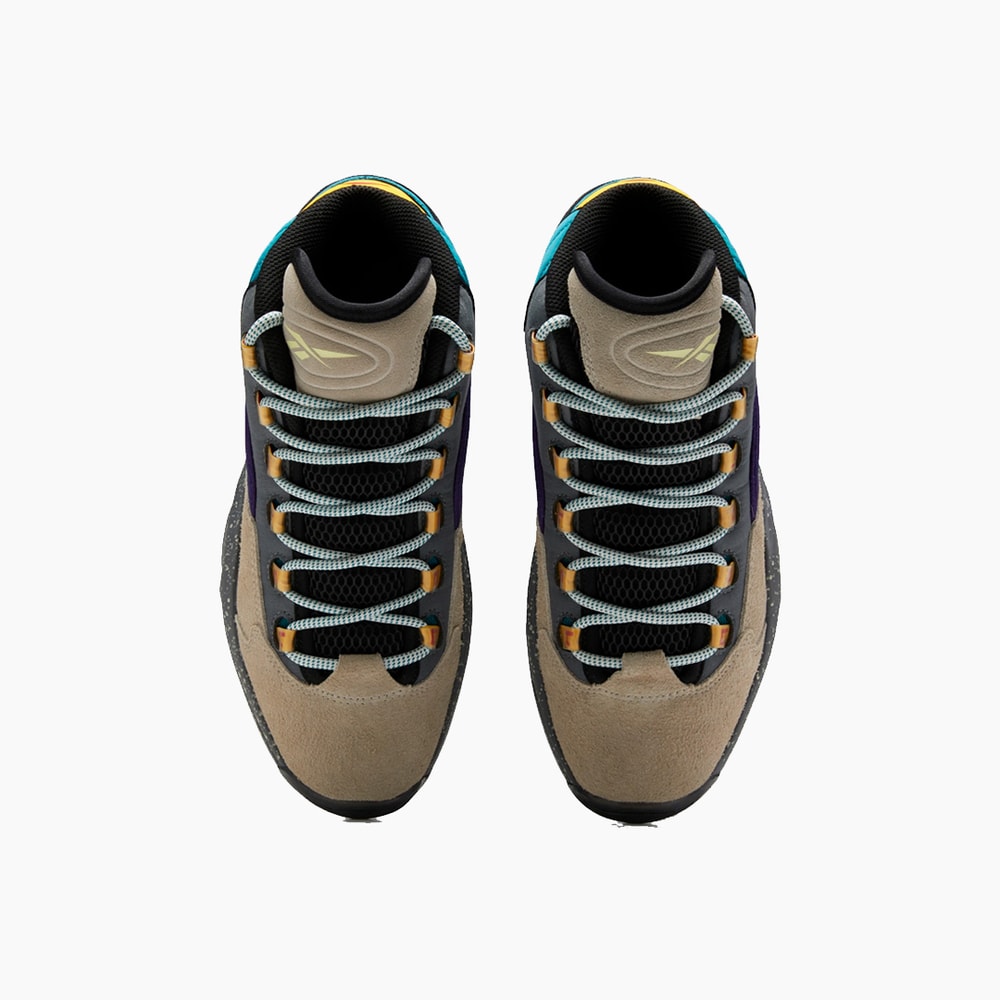 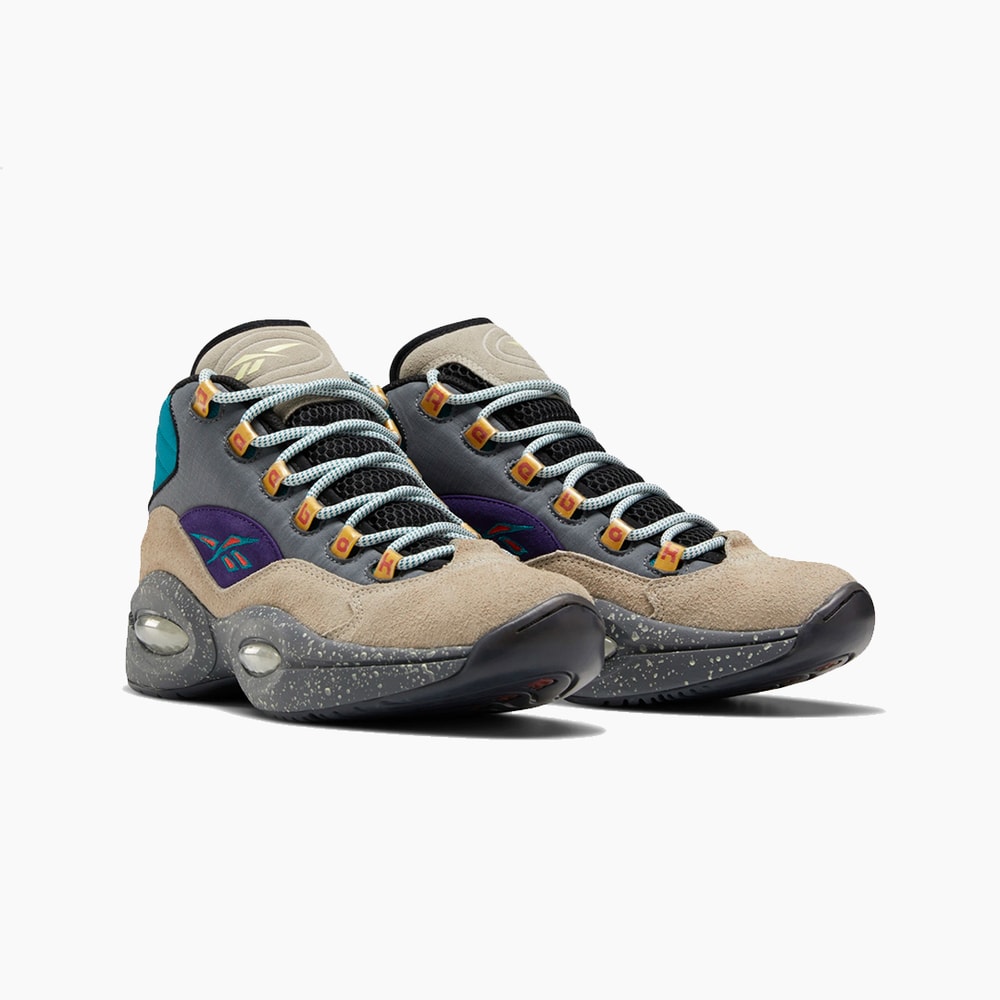 Nice Kicks x Reebok Question Mid "Bubba Chuck"
Color Multi-color
See at Nice Kicks
Description
After multiple teaser images over the course of the spring, Nice Kicks and Reebok have announced the official release date for their Question Mid “Bubba Chuck.” Inspired by Allen Iverson‘s lifelong passion for fishing and drawing its moniker from his childhood nickname, this Question is a detailed, colorful homage to the preferred pastime of one of the most influential players to ever grace the NBA hardwood. It’s an apt choice of silhouette for a dive into AI’s personality as well: Iverson and Question designer Scott Hewett first bonded over a fishing trip.

As the inspiration is indeed fishing, the “Bubba Chuck” takes on an outdoors-y color palette. Simple tan, grey and black serve as the base hues. Meanwhile, colorful accents ranging from purple, teal and orange overlays to bright yellow heel hits and eyestays offer pops of reminiscent of retro hiking, climbing and fishing apparel. This ethos is taken even further from a build standpoint, thanks to a versatile mix of materials that includes ripstop nylon, shaggy suede and soft, sporty mesh. Thick, flecked rope laces bring everything together in both a literal and figurative sense.

Down below, midsoles add further flair by way of a glow-in-the-dark speckled pattern. This matches the glow-in the dark embellishments on the upper’s laces and tongue logo. According to long-term sneaker industry employee Frank Cooke, the glow represents the “illusive characteristics of a tactical [fishing] lure.” DMX cushioning is loaded in both heel and forefoot for the Question’s signature punch of performance tech, with yellow heel badges split between Iverson’s #3 (left foot) and Nice Kicks’ comic text bubble (right foot).

Lucky recipients of a friends and family “Bubba Chuck” kit receive even more: the special edition is packaged in a tackle box and accompanied by a bucket hat, personalized fishing license and die-cut stickers.

The Nice Kicks x Reebok Question Mid “Bubba Chuck” will release via Nice Kicks July 3, then hit the Reebok webstore a week later on July 10. The MSRP is set at $160 USD.