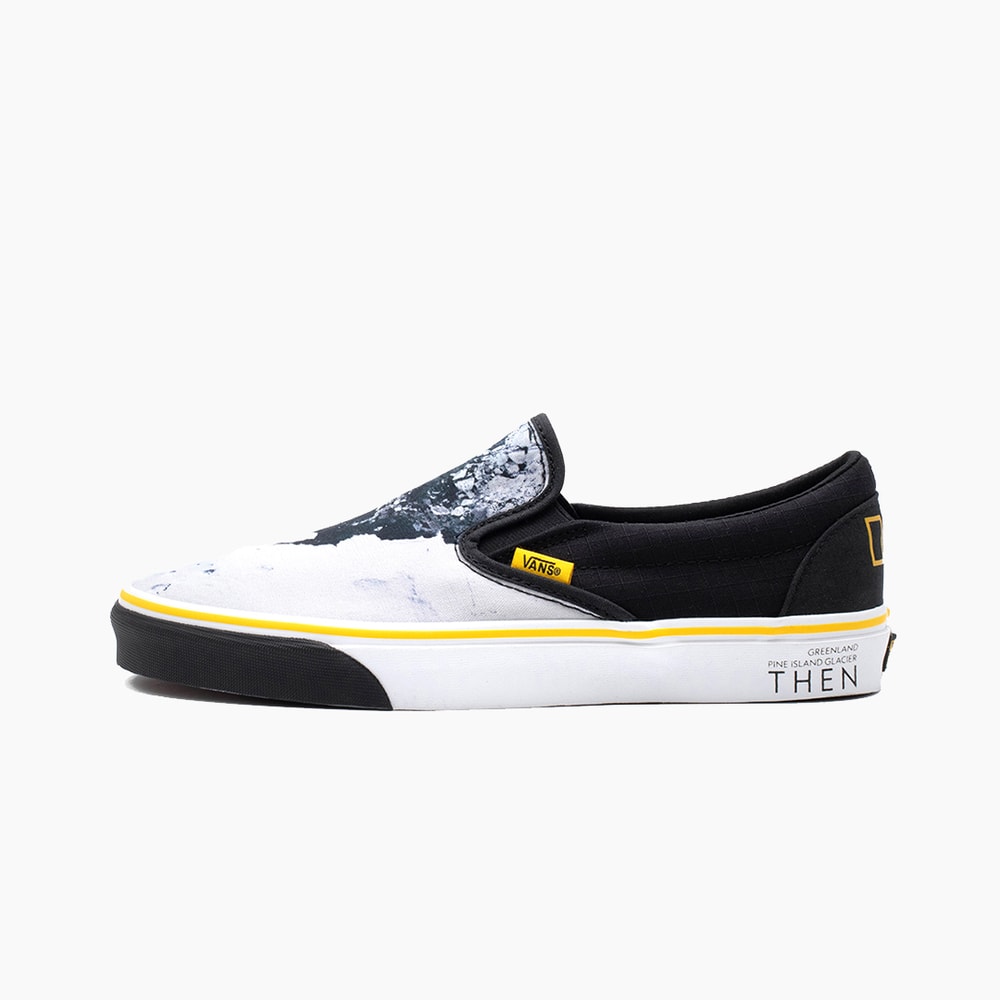 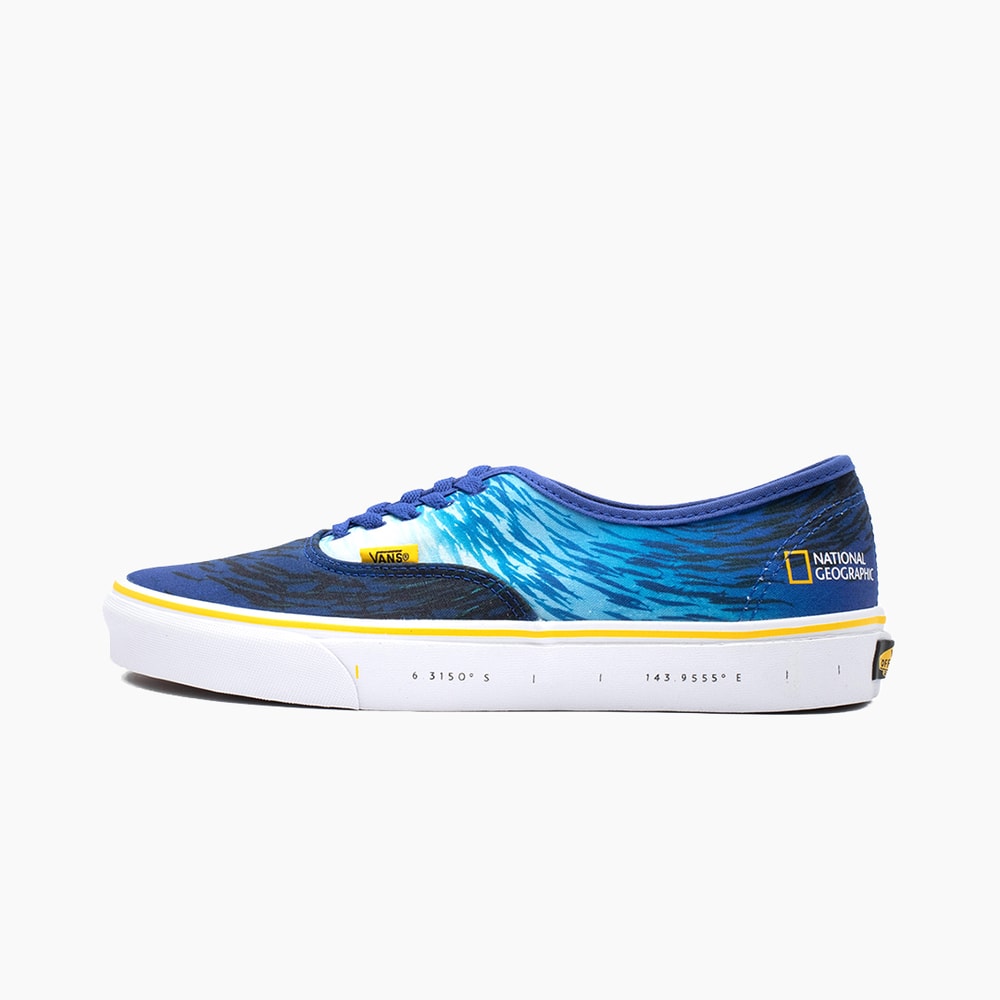 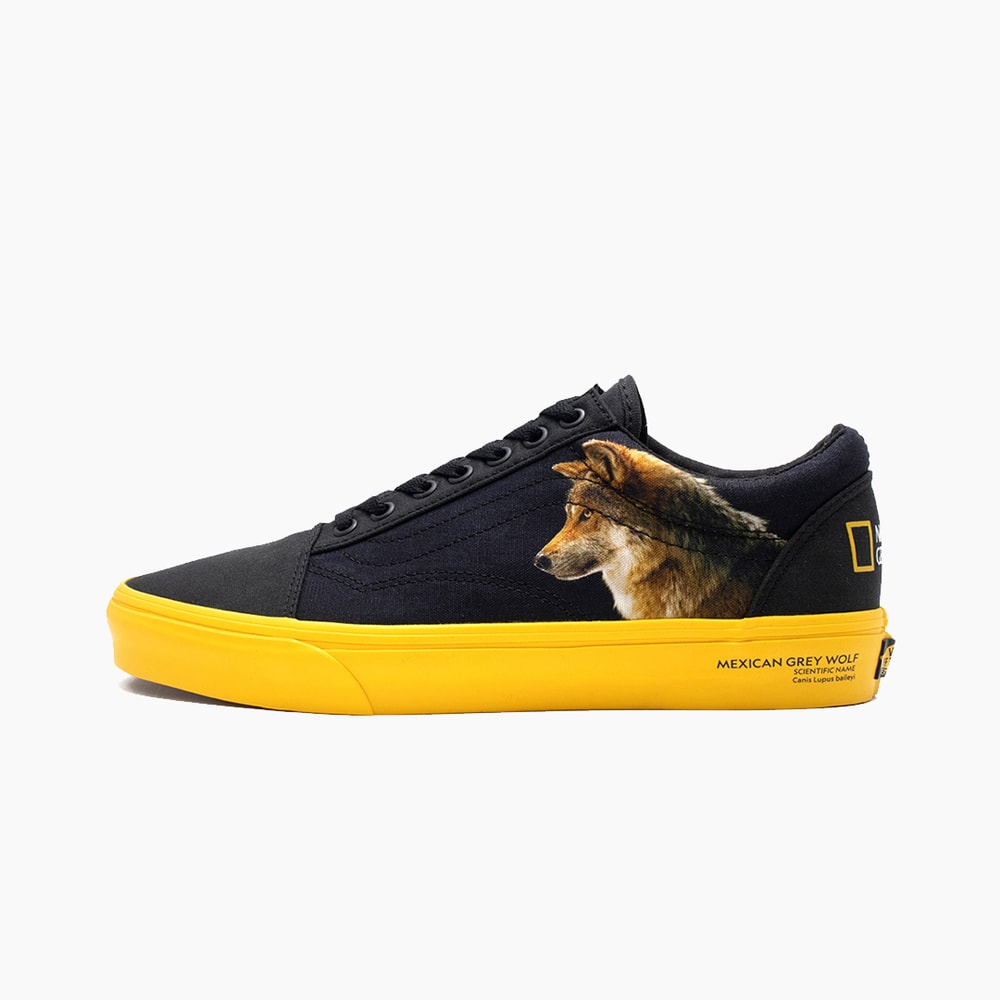 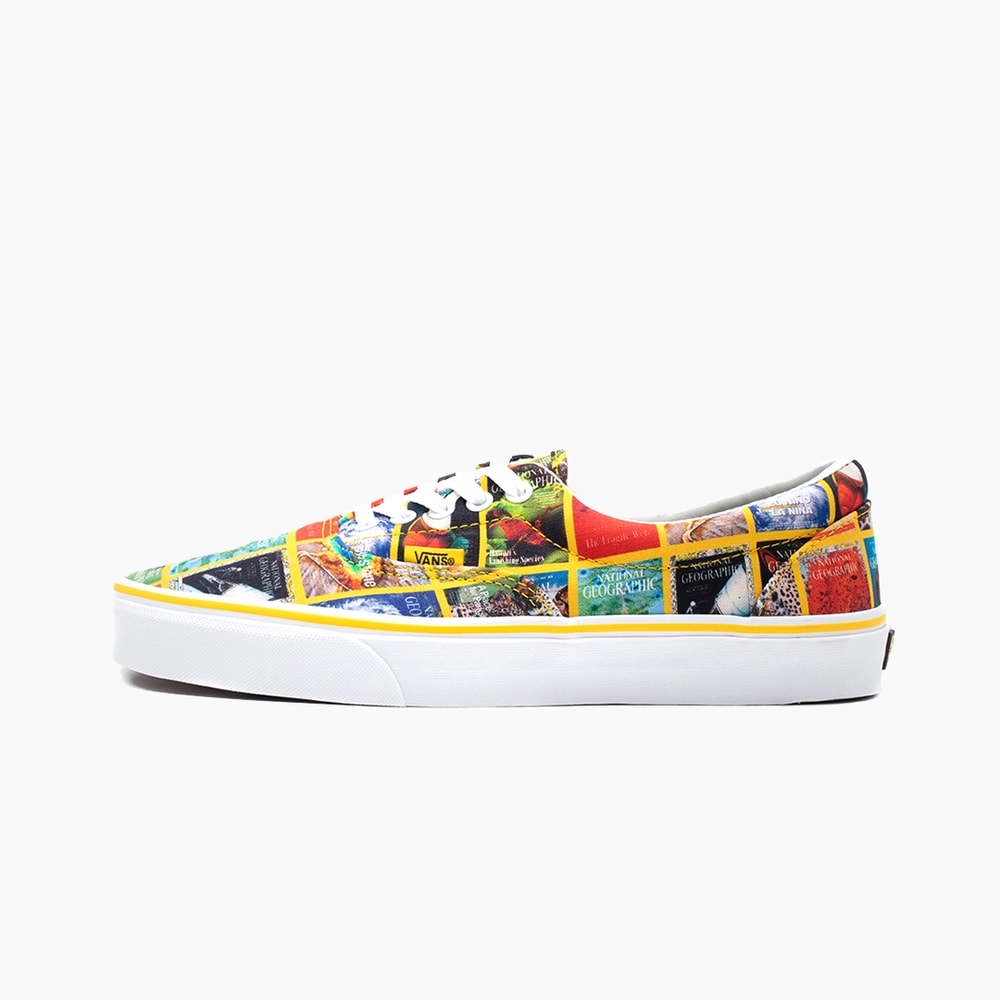 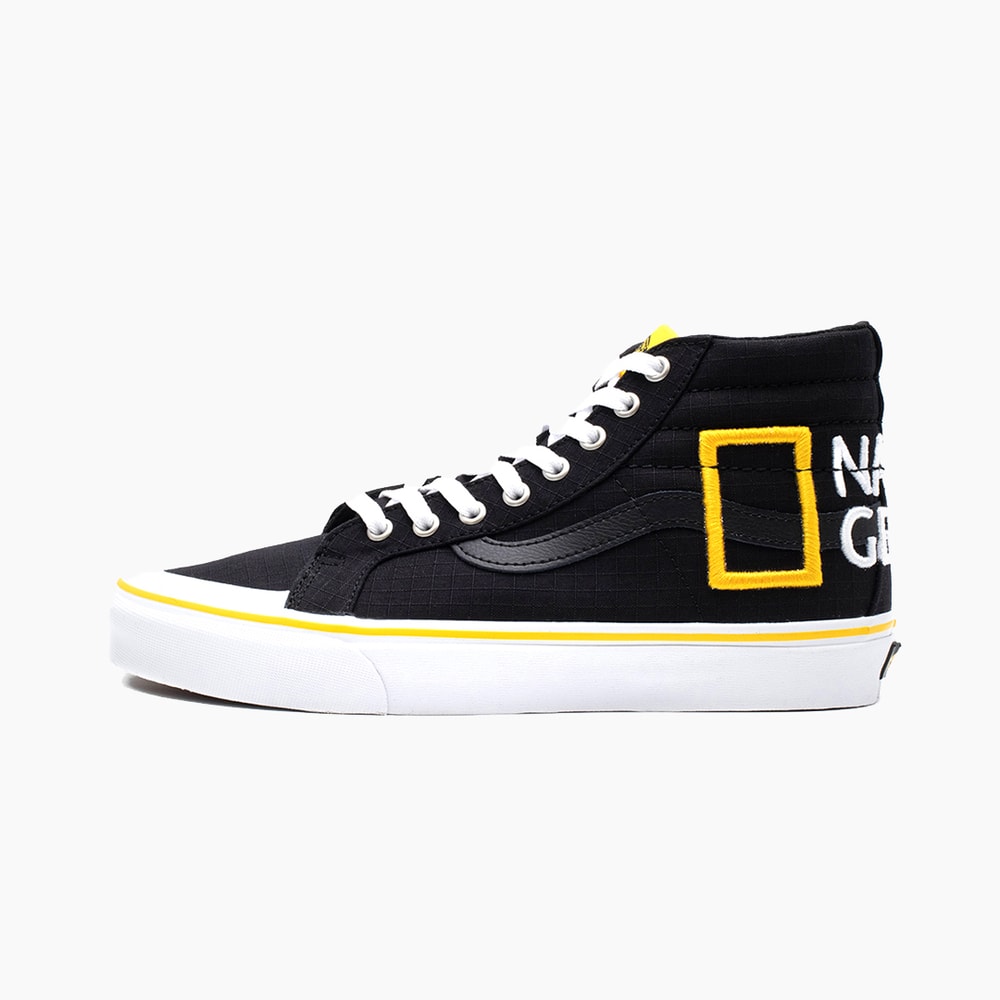 National Geographic, which is known for its exploration and documentation of fields including adventure, science, photography, environment, history and space, has covered each Vans sneaker with its own unique work. For example, the Slip-On depicts Greenland’s Pine Island Glacier, while the Era is covered in an artistic representation of the ocean and sports a sole unit graced with coordinates.

Elsewhere we see an Authentic covered in National Geographic magazine covers complete with the publication’s signature yellow border, as well as a pair of Old Skools that showcase the Mexican grey wolf alongside the red-eyed tree frog. Rounding out the collection is the Sk8-Hi which wears a large embroidered National Geographic logo. This logo adorns all pairs but the Era, while Vans’ signature license plate on the heel now comes in an apt black and yellow colorway.

Other National Geographic-specific elements include a yellow running stripe on all pairs except the Old Skool, which instead comes equipped with a fully yellow vulcanized sole unit. Take a look at all five pairs from the National Geographic x Vans collaboration in the gallery above, and pick them up from retailers such as 43einhalb when they drop on June 1. Pricing ranges from approximately $82 USD to $104 USD.
Read More
Disclaimer: The information in this page is subject to change without any notice. Report