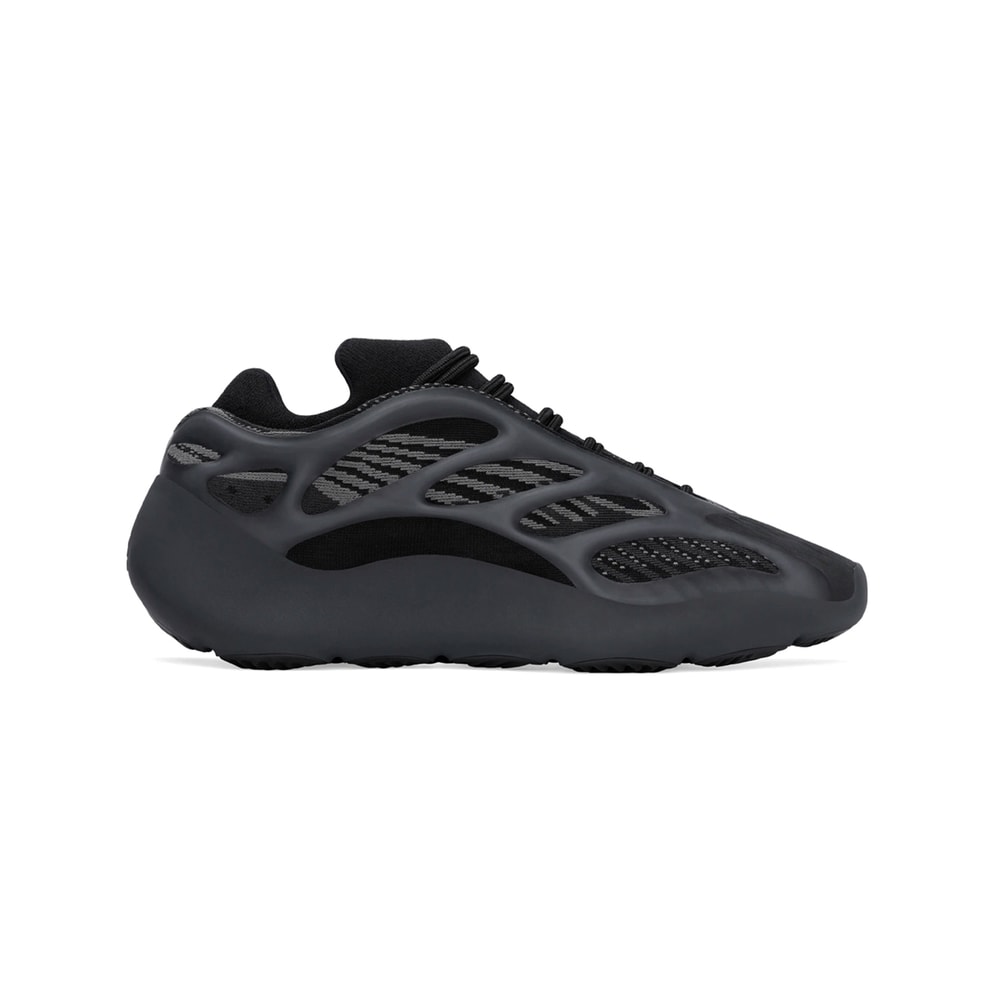 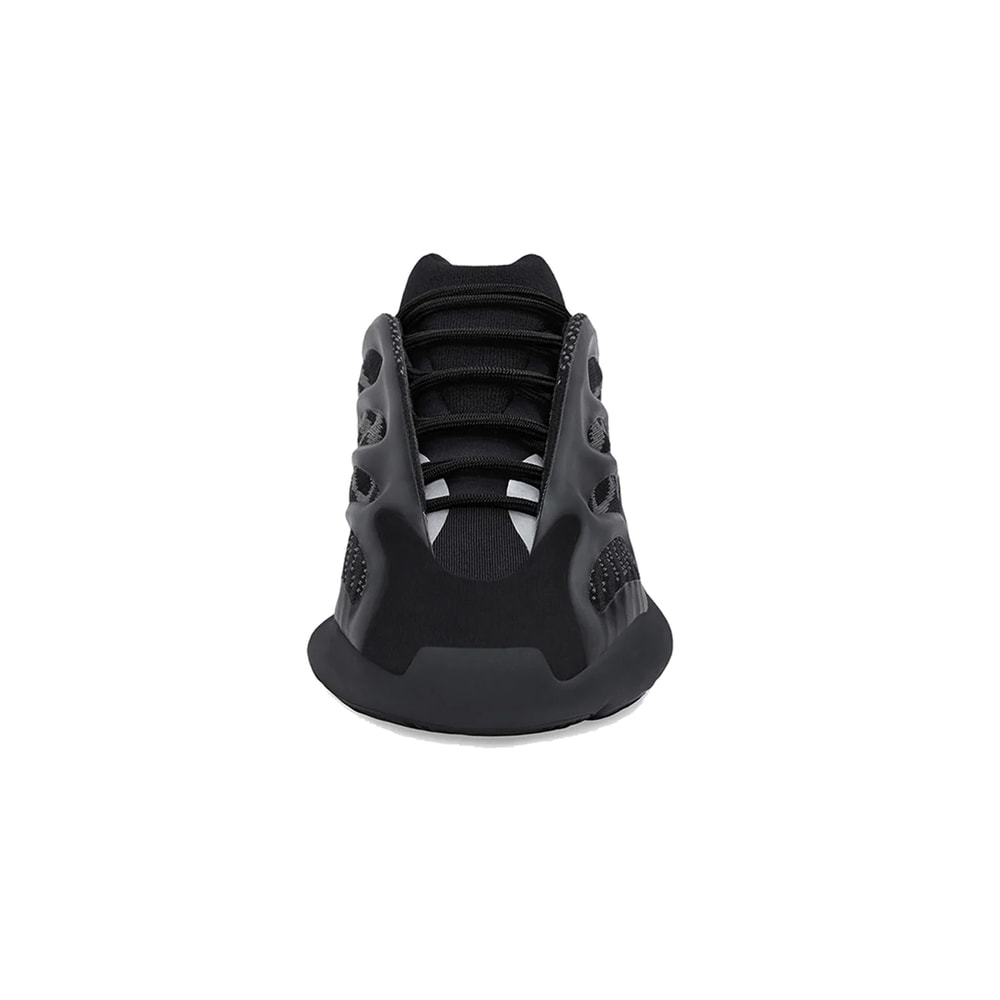 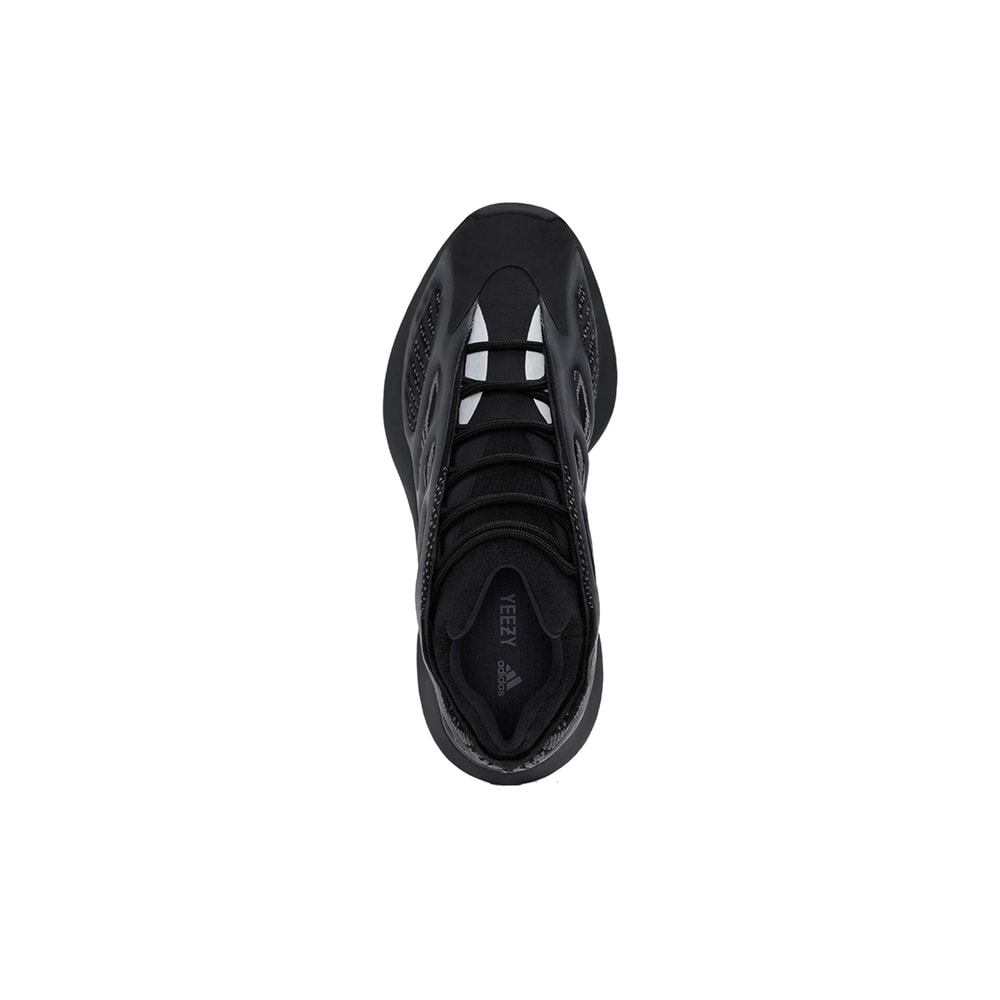 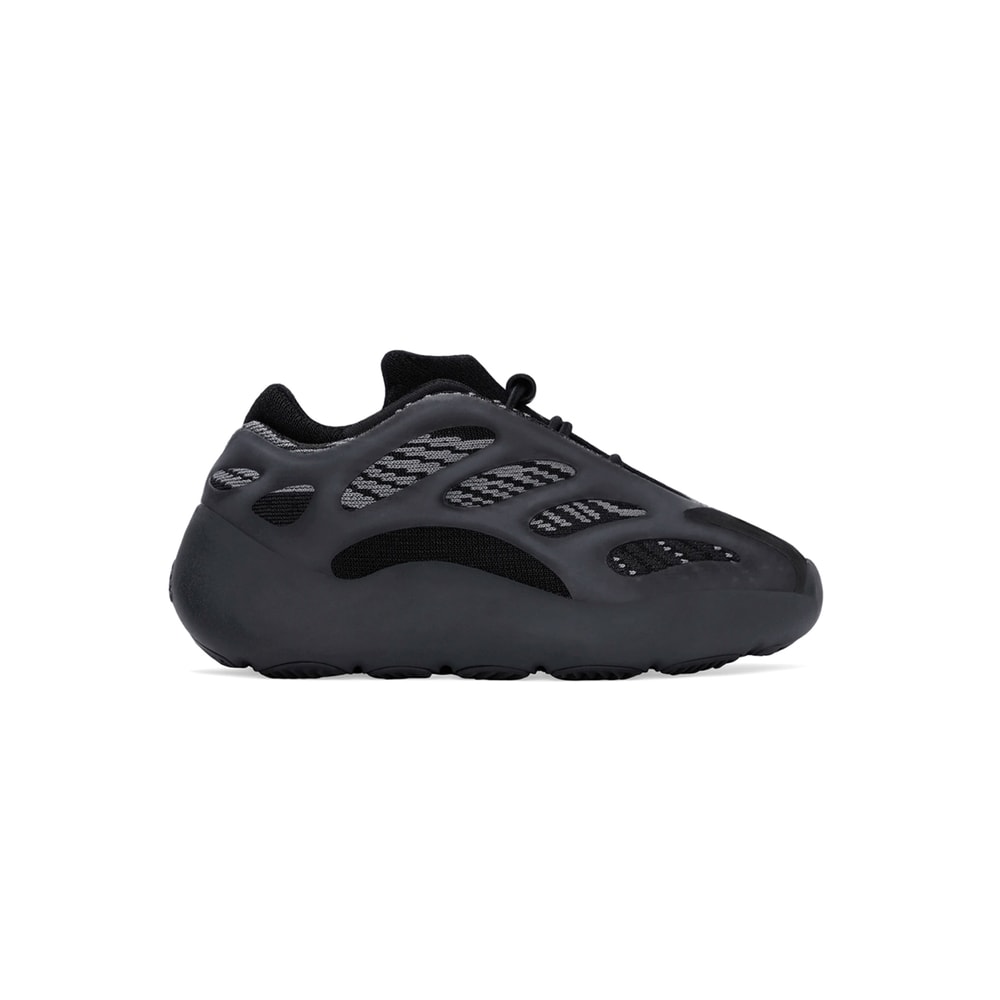 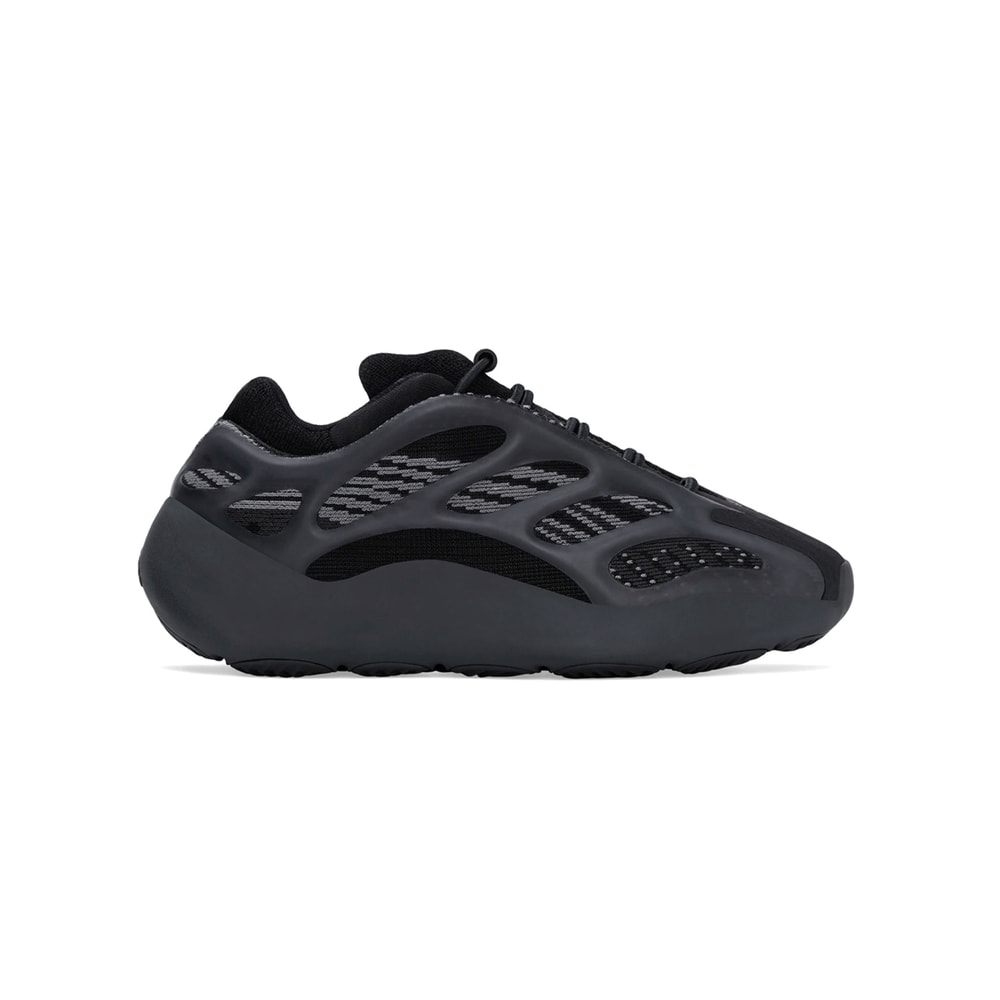 adidas YEEZY 700 V3 "Alvah"
Color N/A
See at Yeezy Supply
Description
After being teased and previewed since January, Kanye West and adidas‘s YEEZY 700 V3 “Alvah” is now set for a full retail release. Only the second YEEZY 700 V3 to come to market after December 2019’s “Azael,” the “Alvah” discards the heavenly tones of its predecessor in favor of a look that’s much more stark — but certainly not subdued.

Uppers are constructed of two major parts: a monofilament mesh base and a cut-out RPU exoskeleton. Both are dressed in black tones, but the mesh offers steel and dark gray stripes for a touch of sporty contrast. Neoprene sockliners ensure snug-yet-supple comfort, and reflective detailing is present on the throat.

Where the YEEZY BOOST 700 and YEEZY BOOST 700 V2 both used chunky, blocky midsoles, the V3 opts instead for a sleek, speedy style that comes to an elevated point by the heel in a manner similar to the YEEZY BOOST 380. This polyurethane build takes on a smoky black hue, and is equipped with EVA foam — visible through the cut-out herringbone outsole — in place of standard BOOST cushioning. In classic West fashion, the shoe’s name has a biblical meaning as well: “Alvah” is a Hebrew term that translates to “exalted one” or “his highness” in English.

The adidas YEEZY 700 V3 “Alvah” will release in full family sizes on YEEZY Supply come April 11. Men’s pairs are priced at $200 USD. Pricing information for kids and infants’ sizes has yet to be revealed, but will likely be $160 USD and $140 USD, respectively.

Read More
Disclaimer: The information in this page is subject to change without any notice. Report