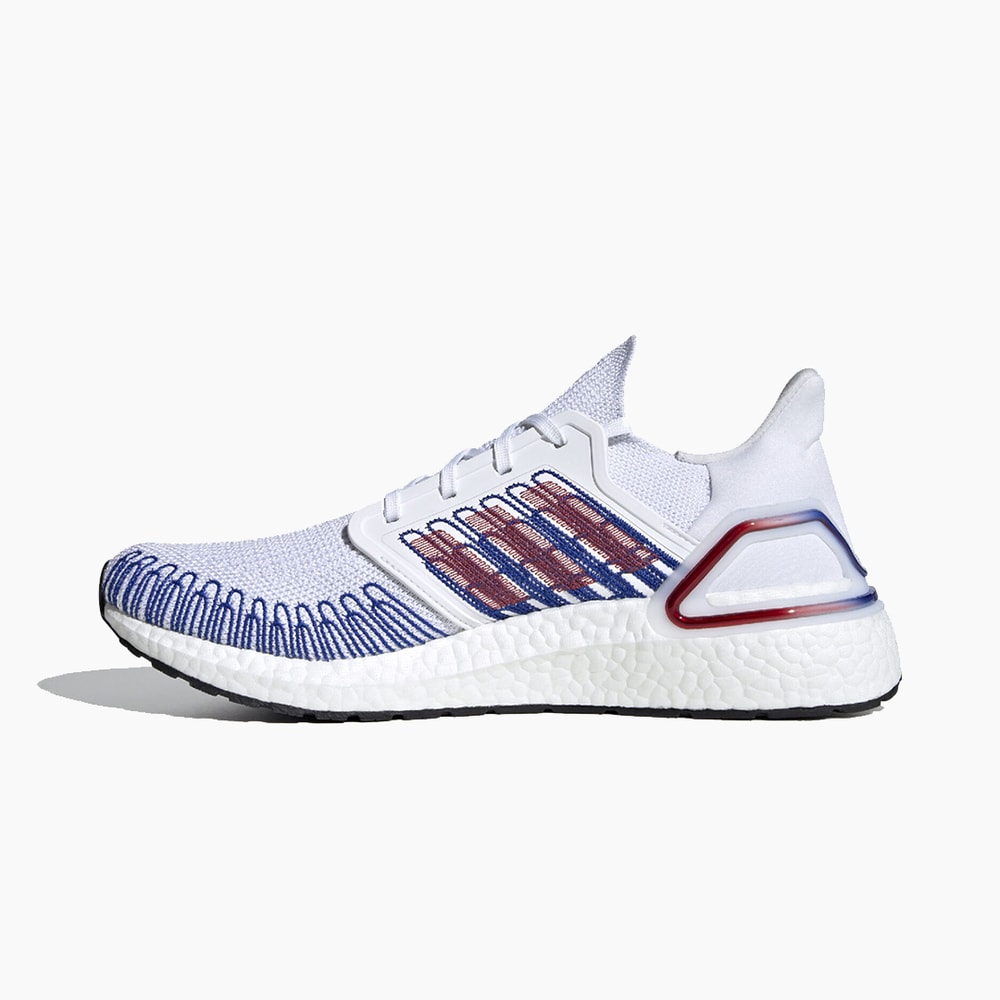 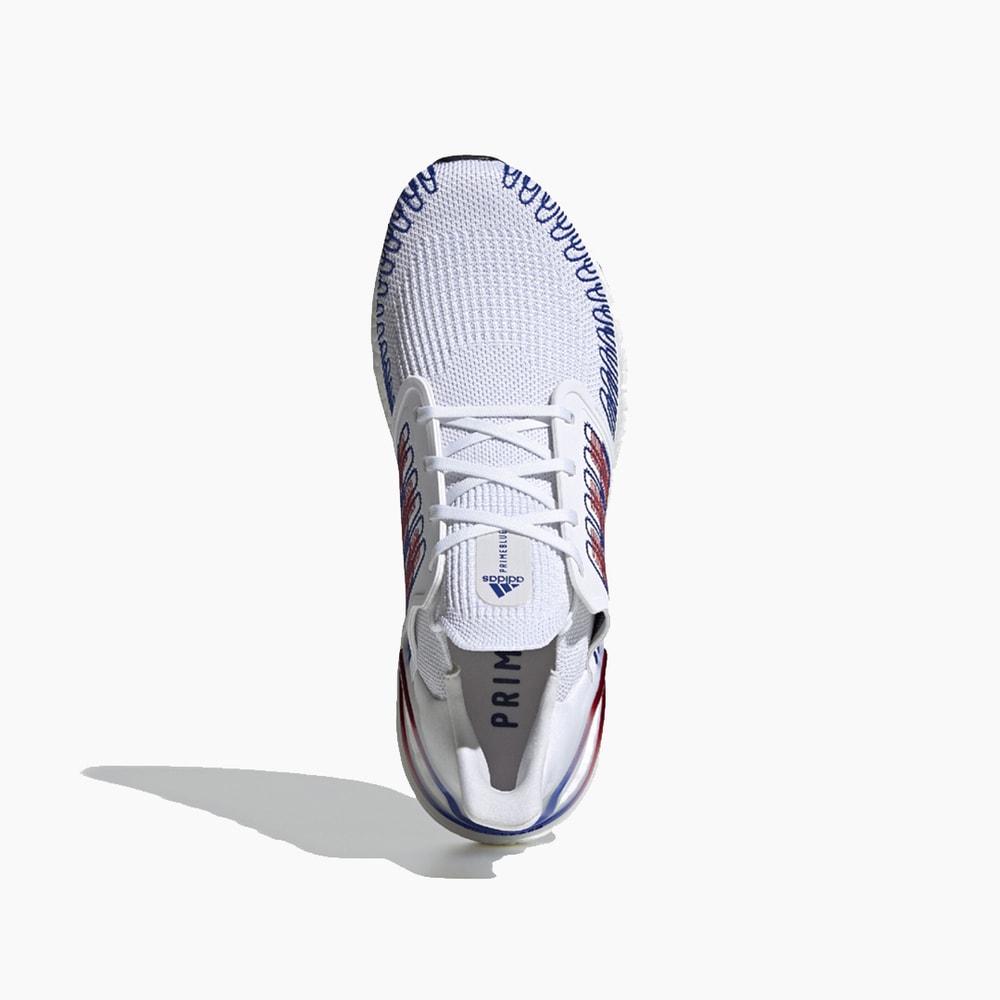 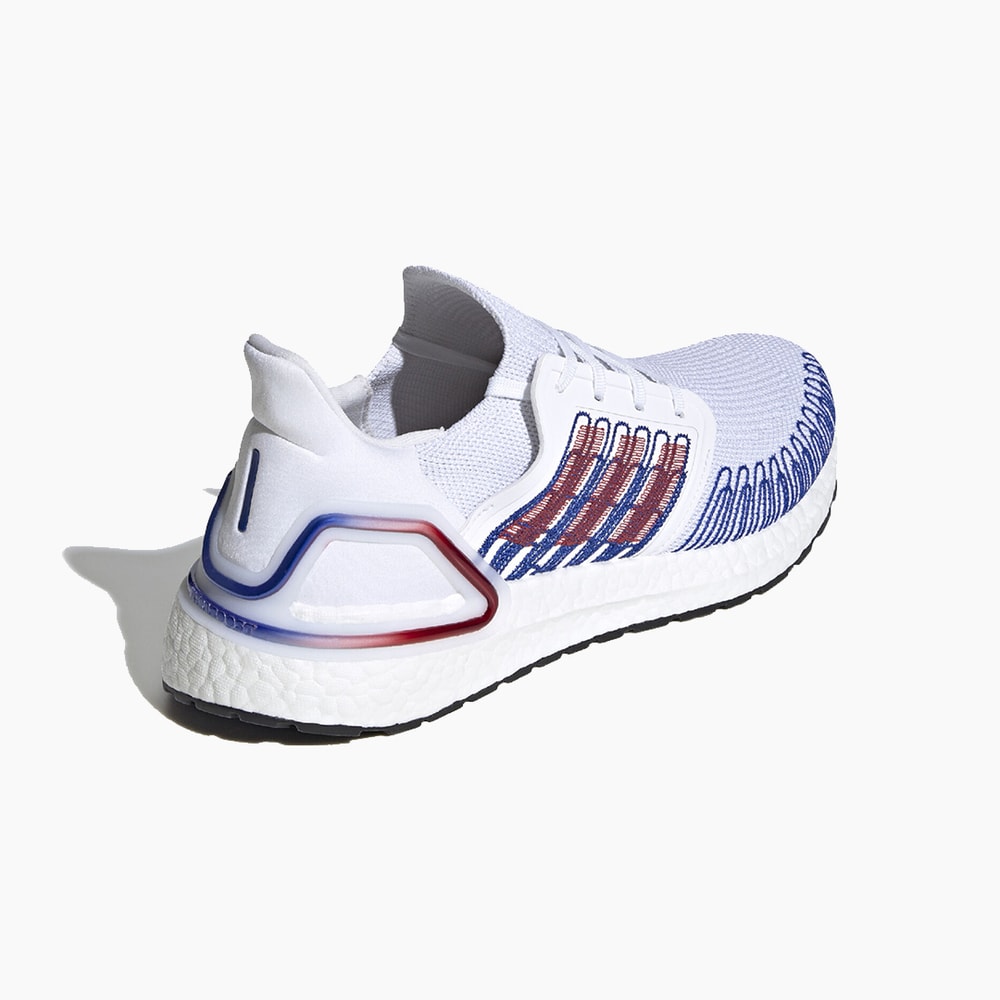 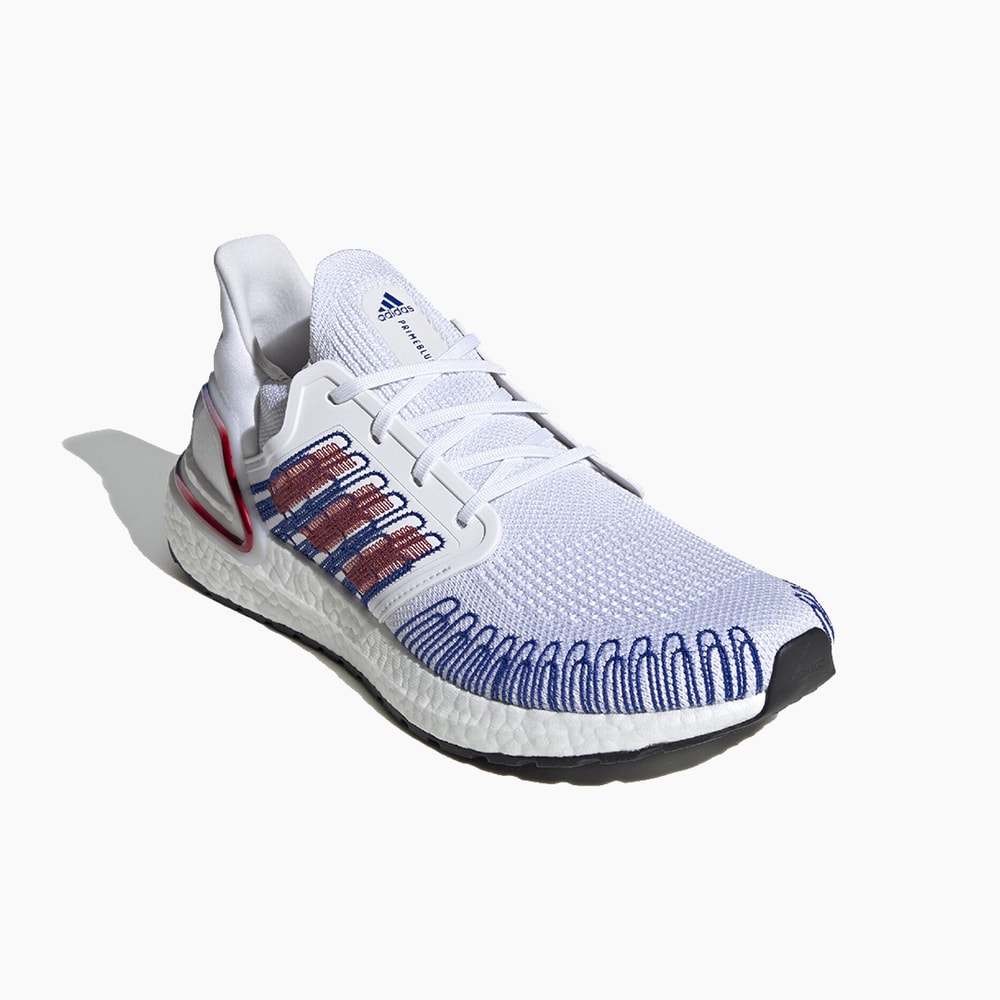 adidas UltraBOOST 20 "Scarlet/Royal Blue"
Color N/A
See at adidas
Description
adidas‘s UltraBOOST 20 has been presented in a white, red and blue colorway that’s just as well-equipped for summertime festivities as it is for grueling runs. Officially dubbed “Cloud White/Scarlet/Royal Blue,” this UltraBOOST uses its technical, sustainable knit construction to play up its colorful accents. This makes for a look that’s part USA-centric and part Kansas Jayhawks-adjacent.

Built of supple-yet-supportive PRIMEBLUE Primeknit — which is made partially from recycled plastic — the uppers are dressed in a crisp white tone and use adidas Running‘s Tailored Fiber Placement tech to provide an adaptive fit. This straightforward base is quickly enhanced with a generous dose of red and blue accents: the former is present on the midfoot cage’s Three Stripe hit, while the latter is stitched around the toebox and overlays the aforementioned stripes for a colorful stacked style. Both tones are brought together yet again on the gradient-faded heel clip.

PRIMEBLUE and adidas branding on the tongue round off the top half. Down below, signature comfort is provided by a full-length white BOOST midsole. Finally, a black Continental rubber outsole and an orange midfoot shank complete the look.

The adidas UltraBOOST 20 “Cloud White/Scarlet/Royal Blue” will release via the adidas webstore on June 12, and is set to retail for $180 USD.
Read More
Disclaimer: The information in this page is subject to change without any notice. Report