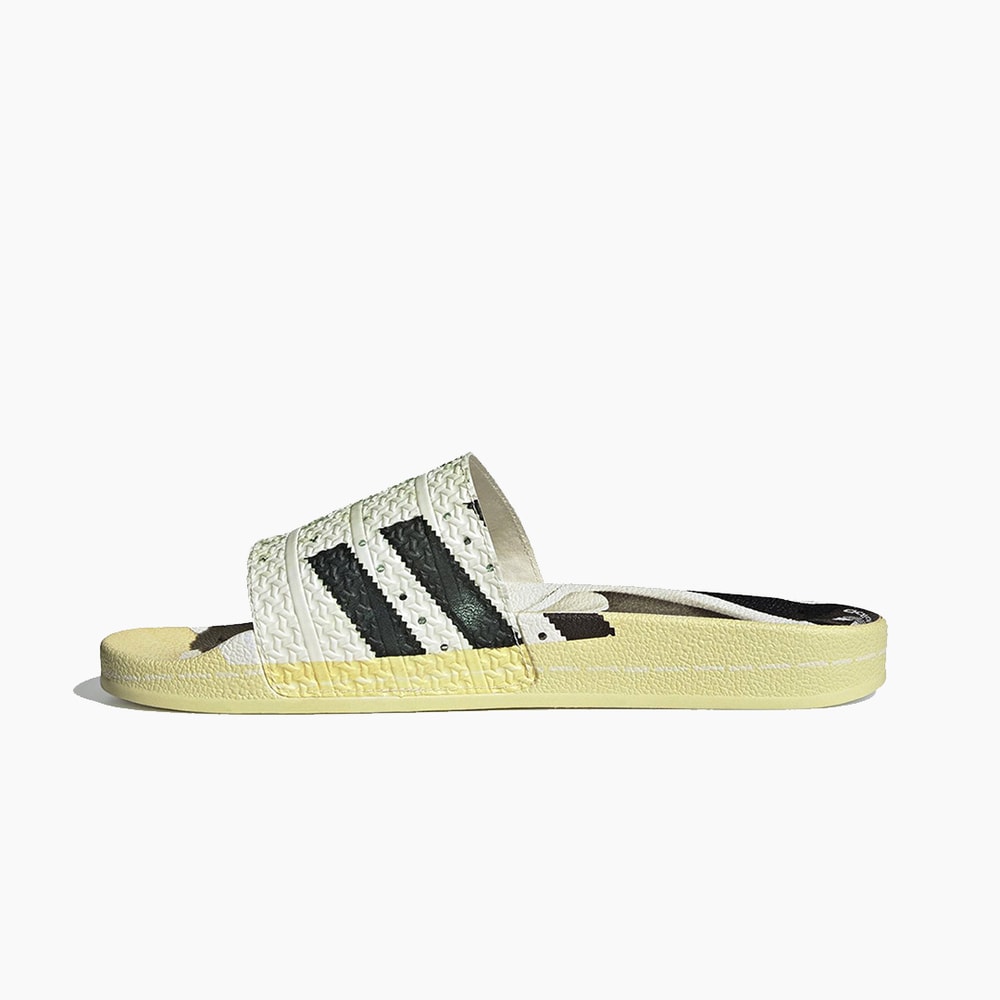 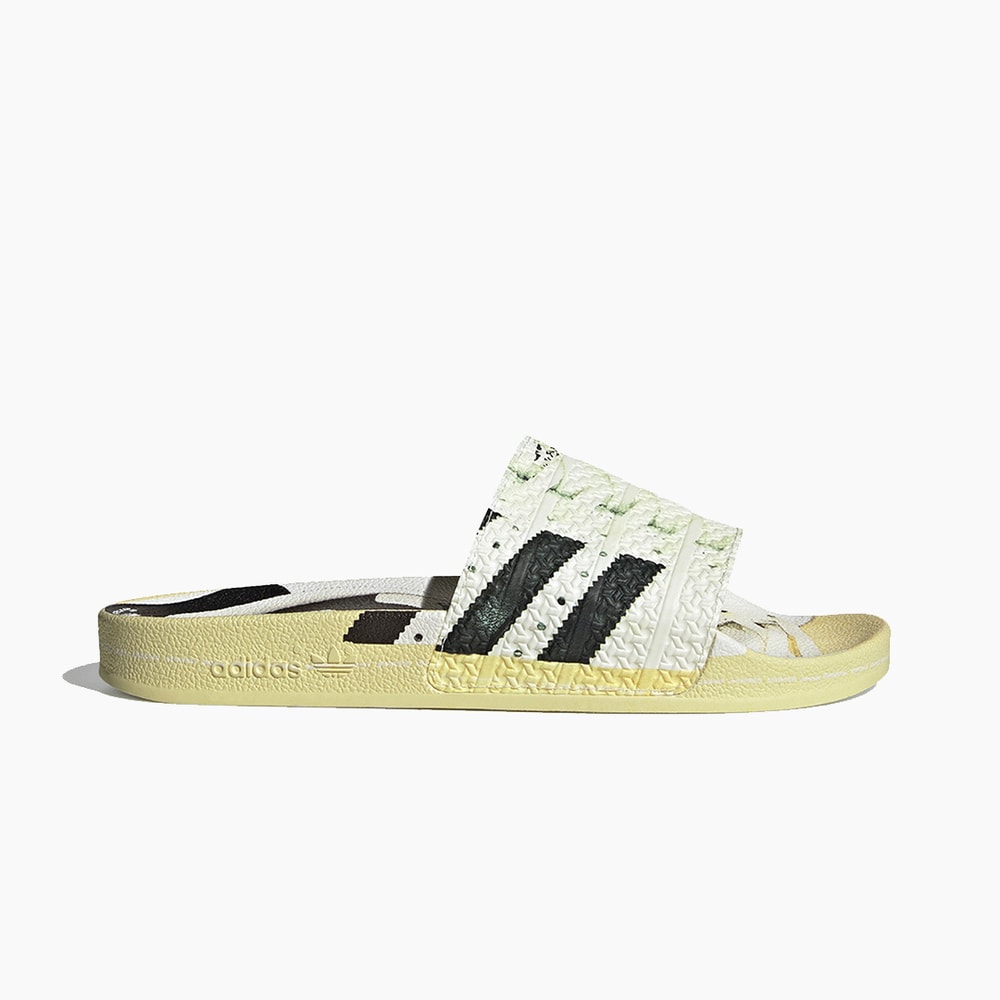 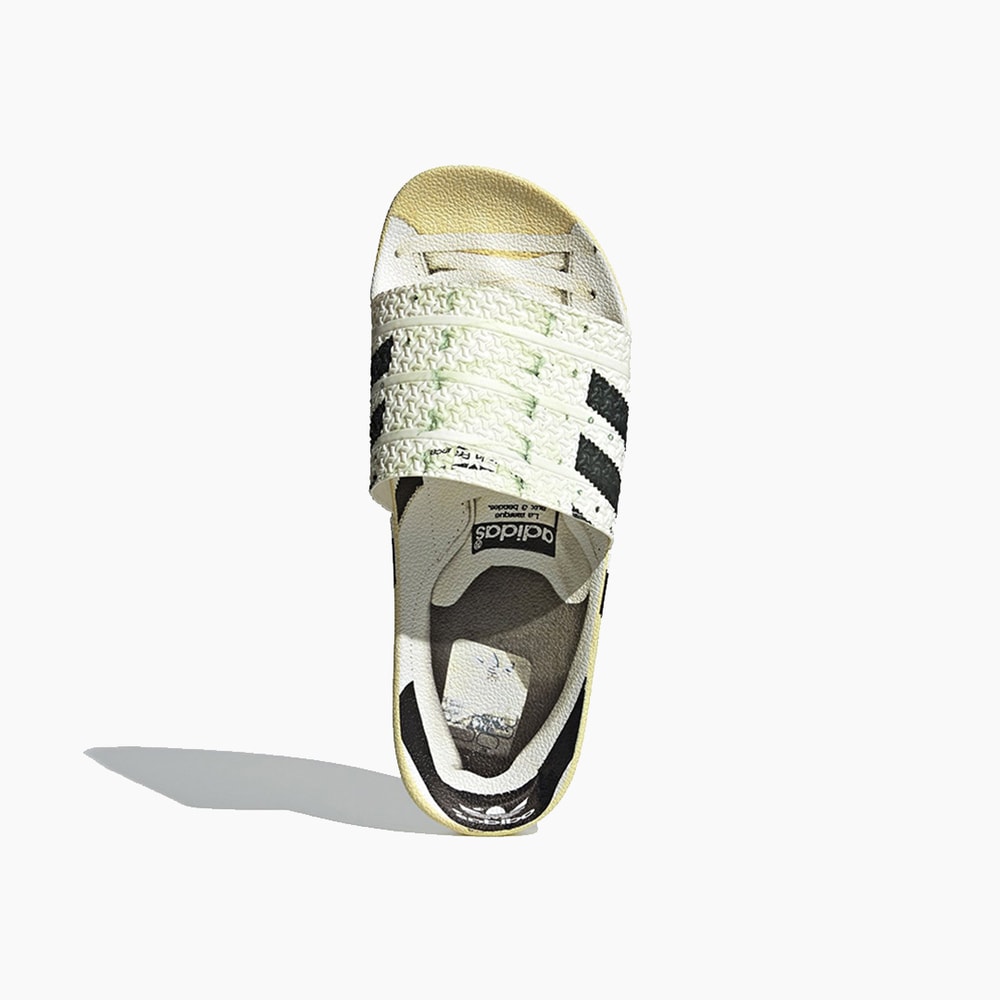 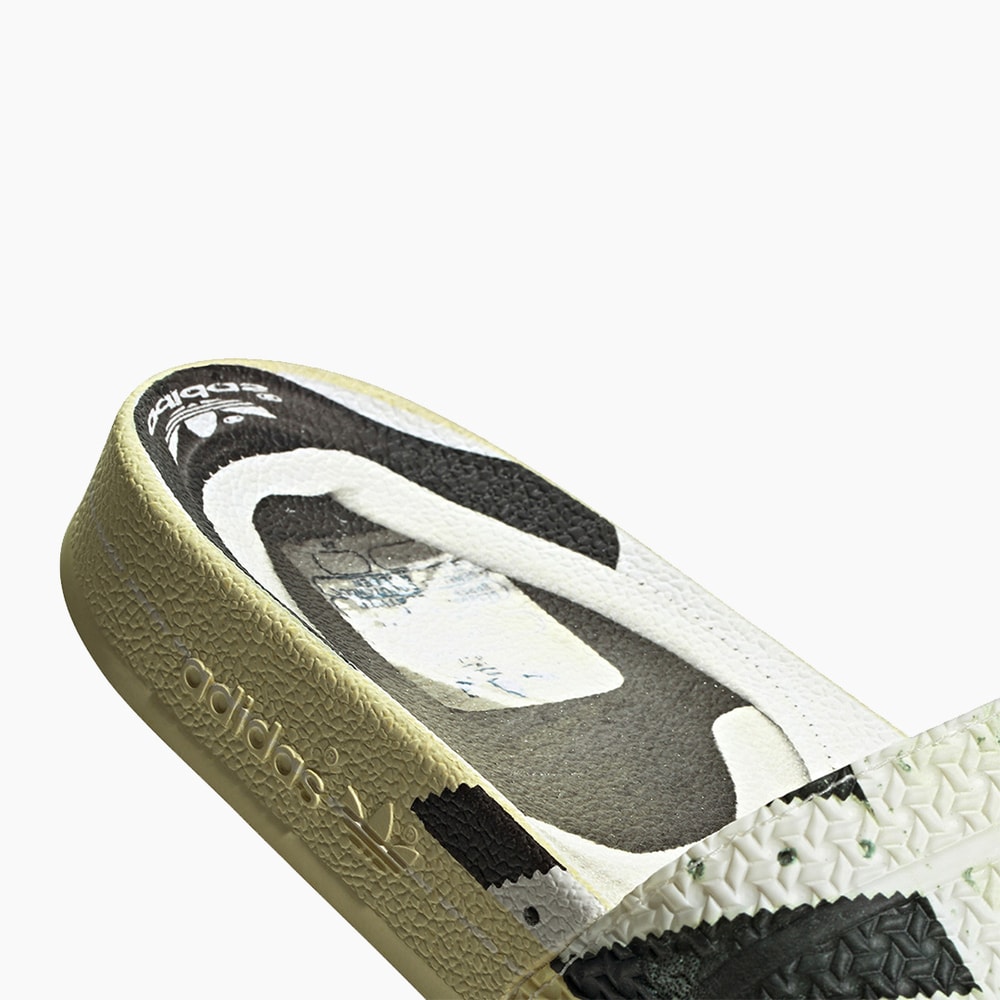 adidas Originals adilette Superstar
Color Multi-color
See at Sneakersnstuff
Description
adidas Originals continues to celebrate the Superstar‘s 50th anniversary with an unexpected release, dropping an adilette that is covered in a Superstar graphic.

The unlikely pairing sees the adilette get an all-over print that realizes the Superstar as if it were a slide. For example, the strap that goes over the foot is printed with a shell toe-esque design, while the footbed features components such as “laces” and a “tongue” design.

From a top-down perspective, the adilette really does look like a Superstar. The print is shadowed and somewhat 3D, meaning that it looks as if you’re about to put your foot into a Superstar, with the Trefoil-adorned heel at the back of the slide, Three Stripes in the middle, and laces at the front.

Despite its attempt to become a Superstar, the adilette is still a pair of slides. As a result, they are made from rubber and feature components such as a polyurethane bandage upper, as well as a soft, quick-drying finish.

Take a look at the adidas Originals adilette Superstar in the gallery above, and purchase a pair for yourself at retailers such as Sneakersnstuff later on today for £37 GBP (approx. $46 USD).
Read More
Disclaimer: The information in this page is subject to change without any notice. Report