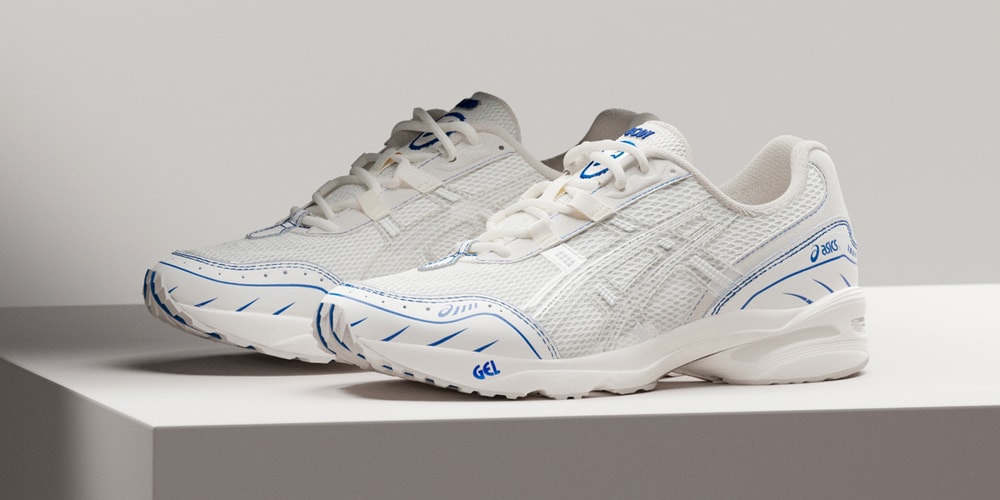 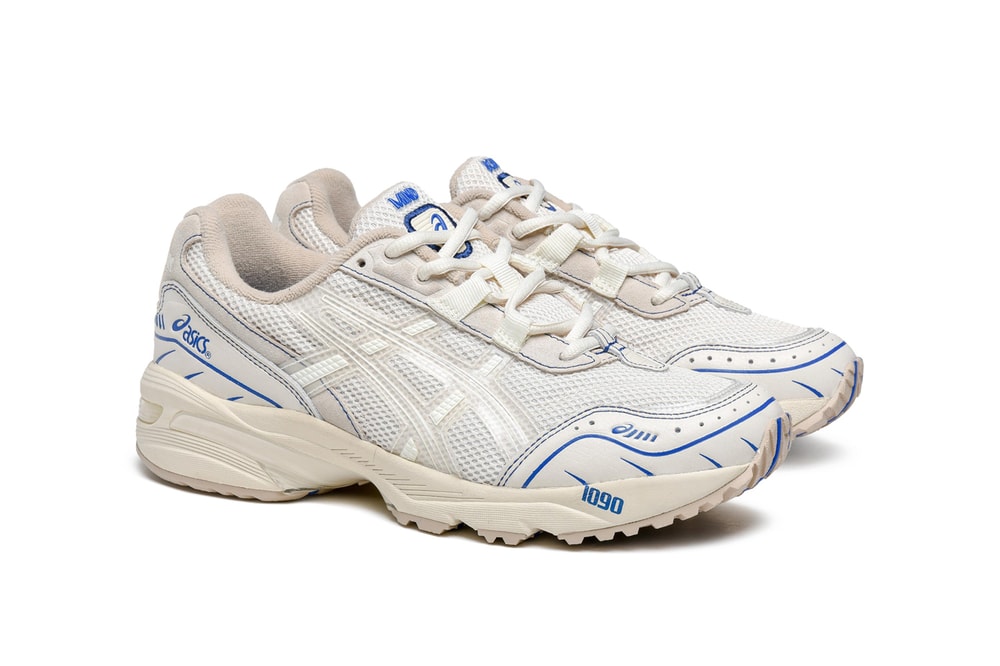 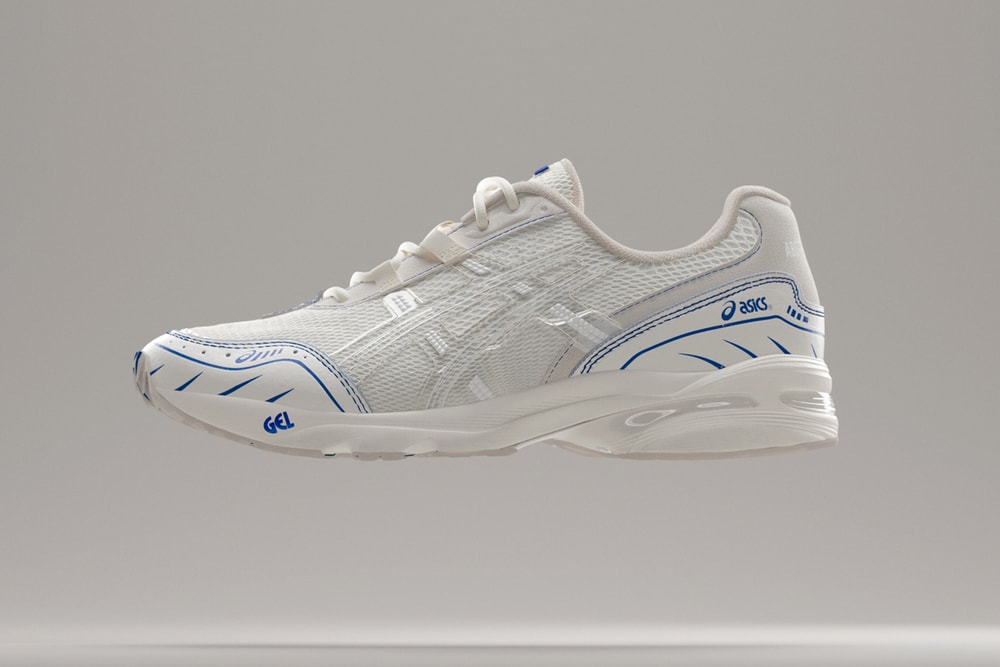 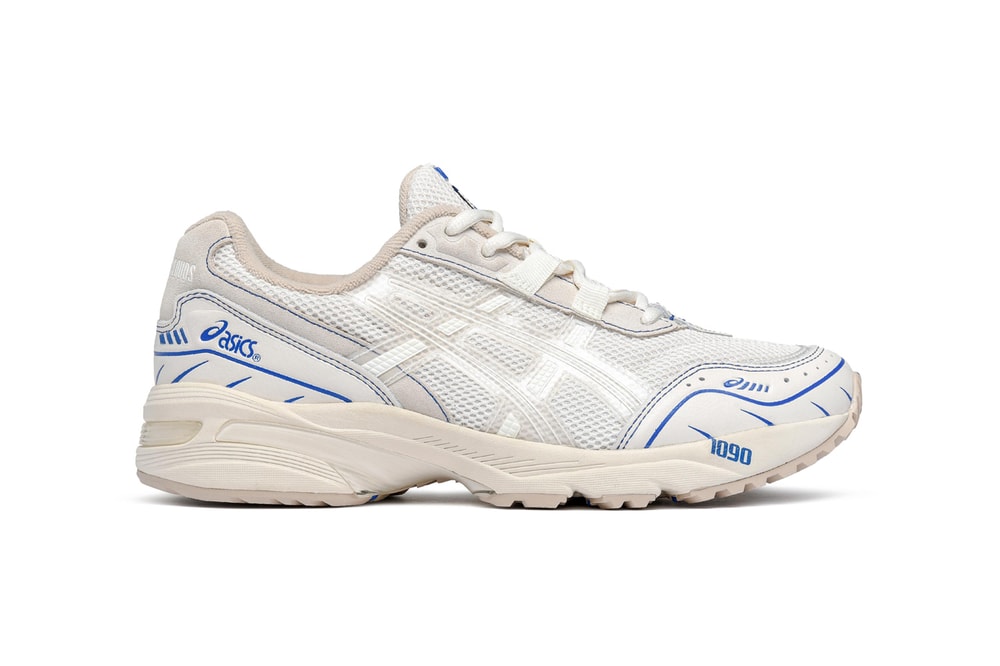 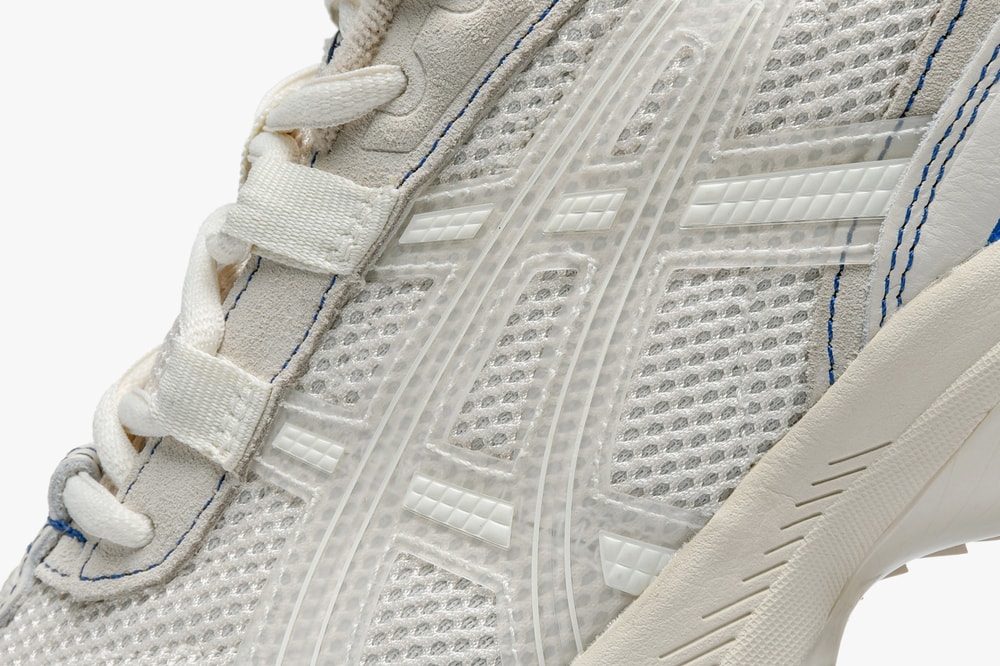 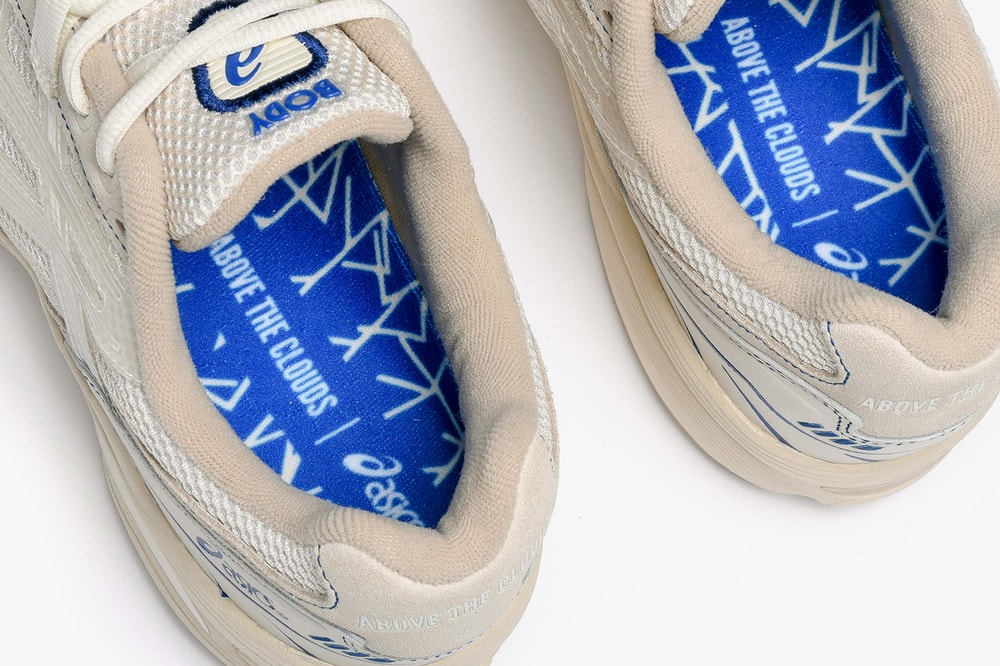 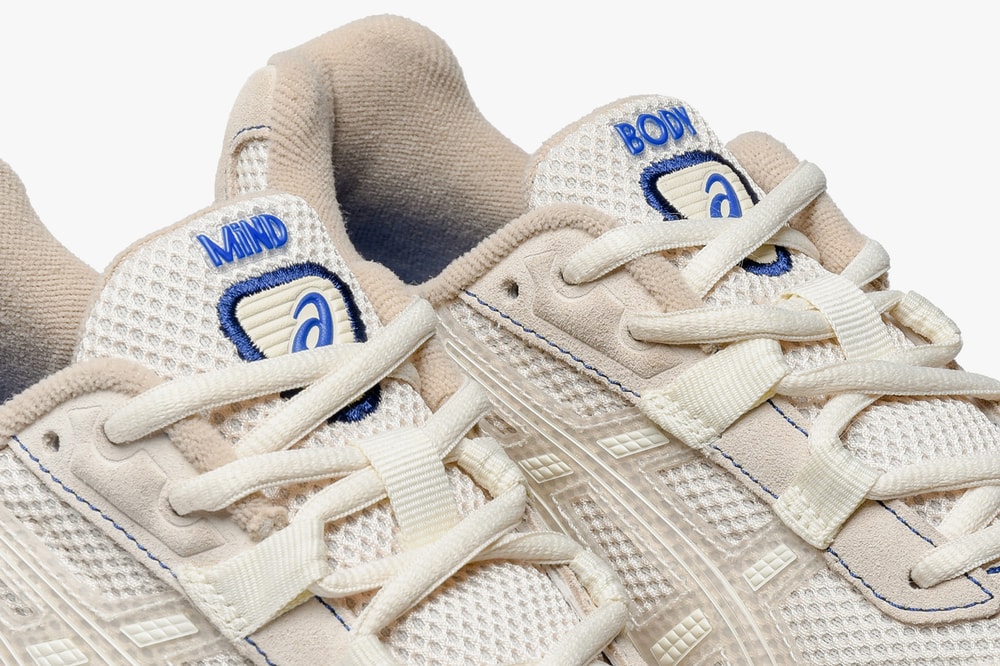 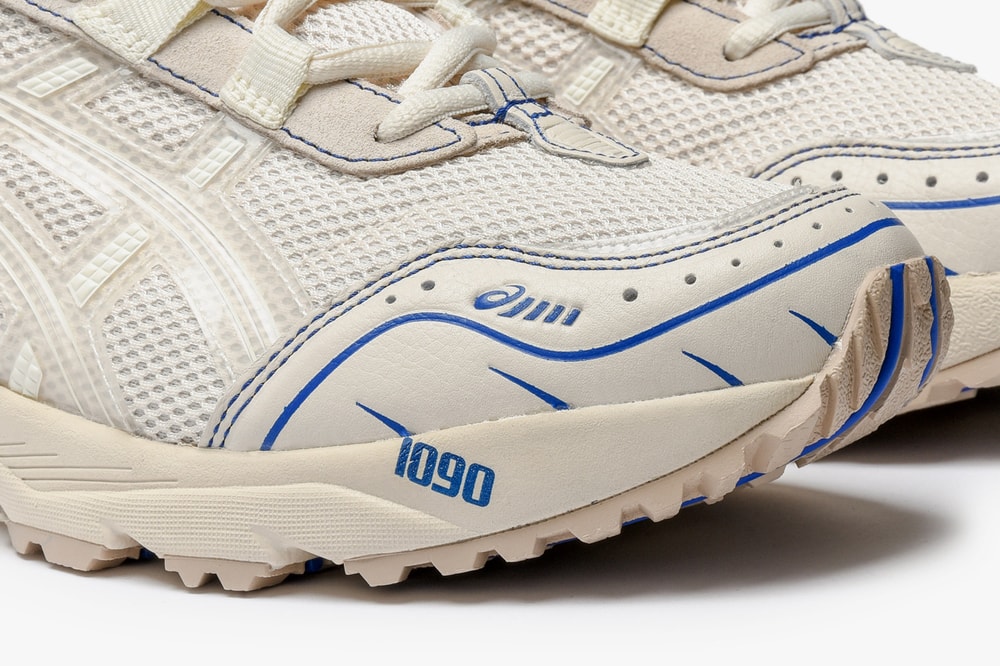 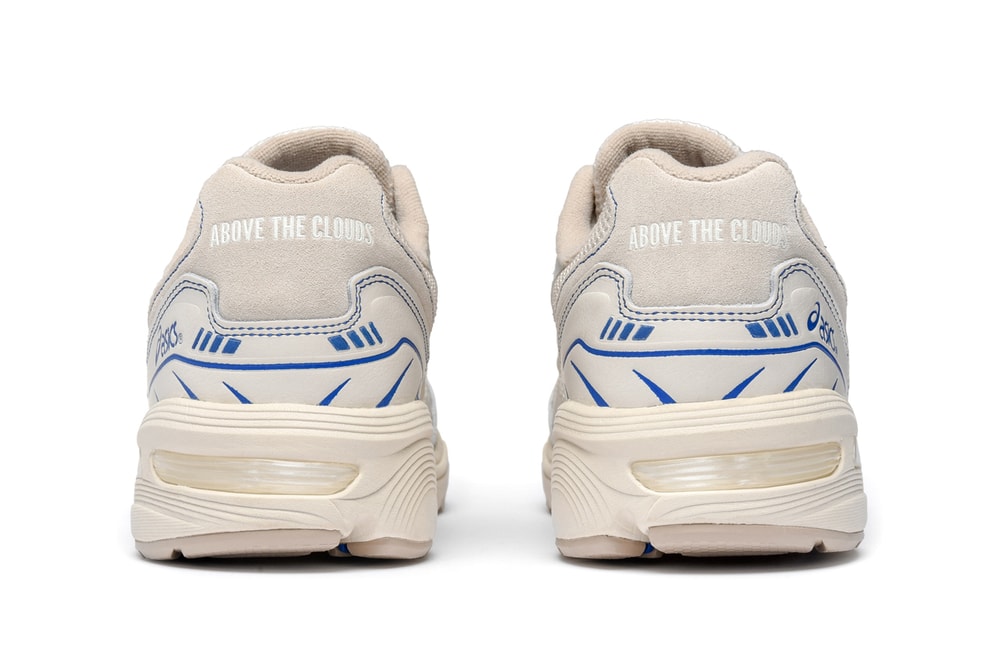 Above the Clouds x ASICS GEL-1090
Color N/A
See at Above The Clouds
Description
Sydney, Australia-based retailer Above The Clouds is celebrating its 10th anniversary this year, and as part of the festivities it’s teamed up with ASICS for an airy take on the GEL-1090. The GEL-1090’s first collaborative iteration since it re-launched in 2019, this Above The Clouds makeup offers a subtle, sophisticated nod to ASICS’ “Sound Mind, Sound Body” philosophy.

White and beige mesh, synthetics and suede are used on the upper, which also intersperses pops of blue on the heel and toe overlays. Special details are provided by translucent Tiger stripes on the midfoot, “Mind” and “Body” labels on the tongues that espouse ASICS’ guiding principle and embroidered Above The Clouds text graphics on the heel. Down below, white midsoles are loaded with clear GEL foam for comfort.

The Above The Clouds x ASICS GEL-1090 will release exclusively at Above The Clouds in Australia on March 28, then roll out to global ASICS stockists like Dover Street Market, KITH, Sneakersnstuff and END. on April 4. A retail price has yet to be announced.
Read More
Disclaimer: The information in this page is subject to change without any notice. Report