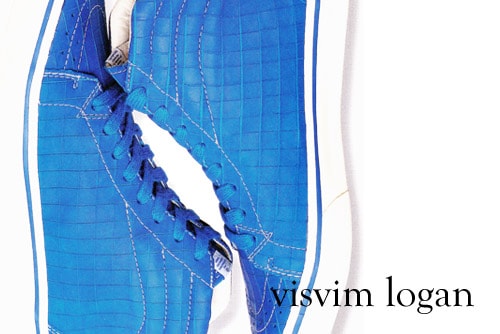 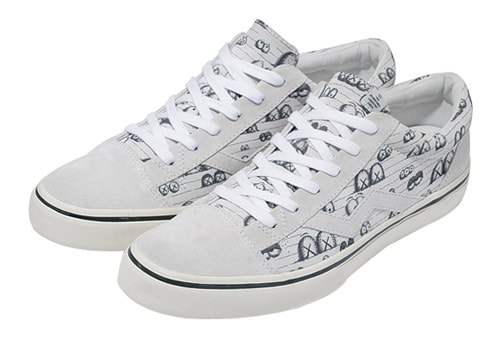 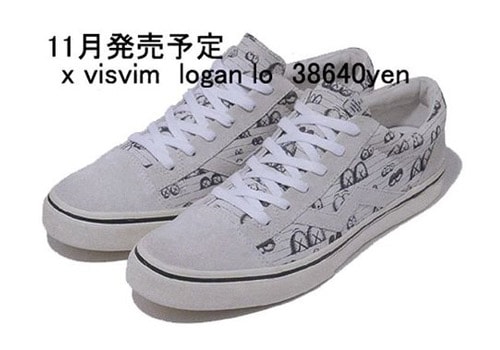 Visvim released some new shoes, Logan Deck Lo’s, for their 2008 S/S Collection. The shoes come in multiple colorways, all are very complimentary colors such as beige, black, and white. The styling of the shoes are also very classic, with details such the red handwritten Visvim logo on the back of the sole. Another classic from Visvim! Source: Chapter World
By HB Team/Apr 22, 2008
Apr 22, 2008
0 Comments

The Logan Lo from Visvim has recently undergone a new update for Visvim’s latest collection of spring footwear. While previous versions have used Visvim’s popular elk skin, this all new Logan Lo features a canvas upper alongside the previous usages of suede on the heel and toebox. Available in three colors including blue, white and black. Source: Figure
By HB Team/Apr 7, 2008
Apr 7, 2008
0 Comments

In the past mastermind Japan and Visvim have teamed up on various collaborations spanning everything from footwear to bags and apparel. Utilizing the new Logan Deck model, the two are at it again creating a sneaker which follows a design path similar to previous collaborations. The Logan includes a black leather upper, Skull logo and side zips. Source: Head-Porter.org
By HB Team/Mar 10, 2008
Mar 10, 2008
0 Comments

This recent footwear release from Visvim has yielded an all new redesigned version of the Logan JP. Upon first glance, this Logan is much like its predessor of the past. However a careful examination of the toebox reveals a different story. This new Logan JP features a Converse Jack Purcell inspired toe-cap and three colorways are available for this first release of the reinspired Logan. Available now at Figure with a price tag of ¥ 27,300 JPY (approximately $237 USD).
By HB Team/Oct 1, 2007
Oct 1, 2007
0 Comments