This Is What 207mph Feels Like in a Ford Mustang GT

From Hennessey Performance comes its latest project, a souped-up version of the Jaguar F-Type.
By Gavin Yeung/Nov 2, 2014
Nov 2, 2014
0 Comments
Automotive

Chevrolet’s Corvette Stingray is the latest automobile to get the Hennessey treatment with the
By T.S. Fox/Feb 13, 2014
Feb 13, 2014
0 Comments
Fashion Automotive

In a list of respected aftermarket tuners, Hennessey has reigned supreme in offering audacious
By HB Team/Dec 23, 2011
Dec 23, 2011
0 Comments
Automotive

From Hennessey comes the announcement of a new supercar called the Venom GT Spyder, which is an
By Jake Woolf/Dec 1, 2011
Dec 1, 2011
0 Comments
Fashion

Effectively joining the world of both art and spirits with the Hennessy x KAWS partnership,
By HB Team/Oct 31, 2011
Oct 31, 2011
Load more 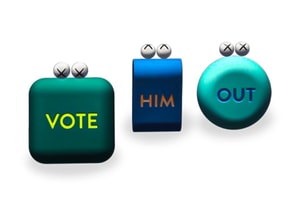