Jordan Brand has big plans for the holiday season, and one foremost component of these plans is the Air Jordan 4 “Fire Red.” A detailed bringback of a legendary Air Jordan that debuted in February 1989, the 2020 iteration of the “Fire Red” marks its third retro release — following in the footsteps of 2006’s special Mars Blackmon edition and 2012’s Jumpman-adorned style — and is the most true to the original revival yet thanks to one key detail: a large Nike Air hit on the heel.

Apart from this purist-delighting heel embellishment, the “Fire Red” serves up a high-heat color scheme that mixes a white leather base with potent black and red accents alike. On the top half, black appears under the white mesh netting on the quarter panel and throat, dresses the heel tab and inner tongue patch and coats the signature “wings.” Often working in tandem with the black pieces, red graces the plastic eyestays above the “wings” and towards the toebox while also hitting the sockliner, tongue liner and the aforementioned Nike Air badge on the rear.

White, red and black are all brought together on the large fabric tongue tag and Air Max-equipped midsole, while a white, red and gray outsole with one final Nike Air hit rounds off the look. Although it’s not shown here, the “Fire Red” also arrives with a large orange Nike Air hangtag.

The Air Jordan 4 “Fire Red” is set to release via Nike SNKRS and retailers like Foot Locker on Black Friday, November 28. The men’s pair (pictured here) retails at $200 USD, while the grade school pair is priced at $150 USD, preschool at $80 USD and toddlers at $60 USD. 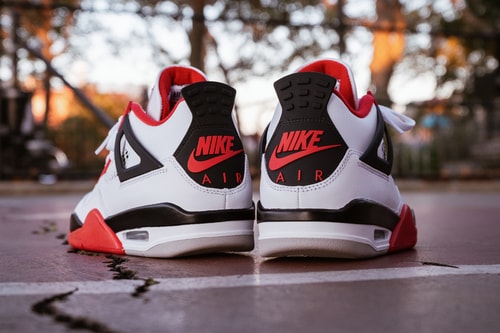 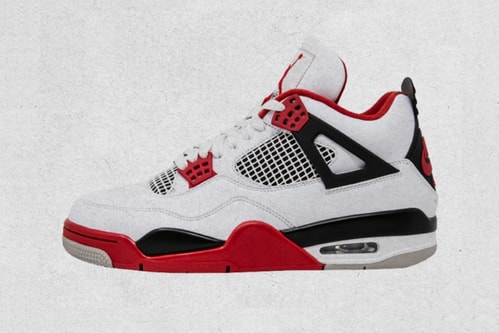 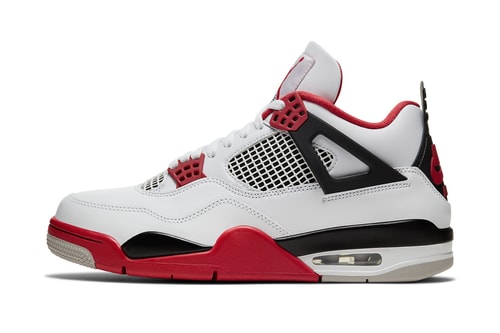 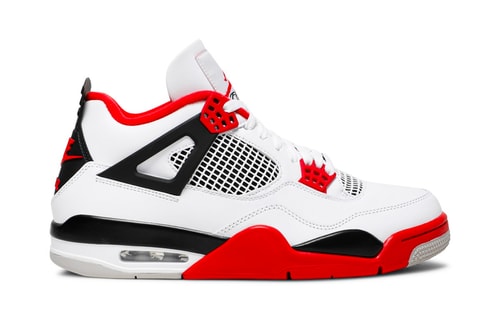 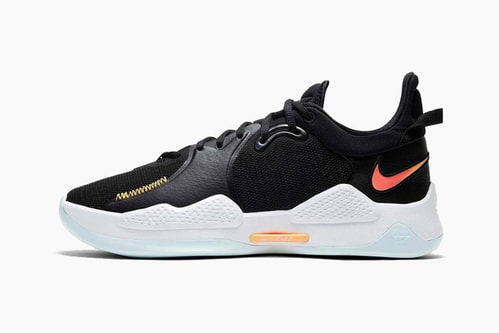 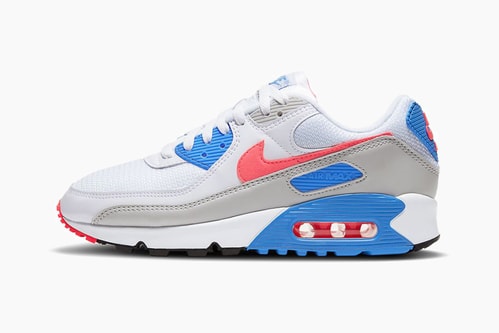 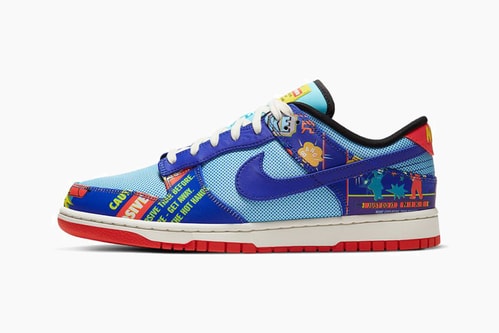 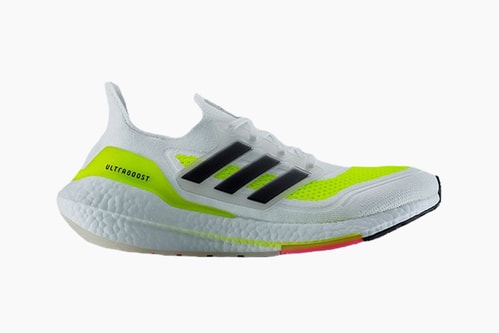