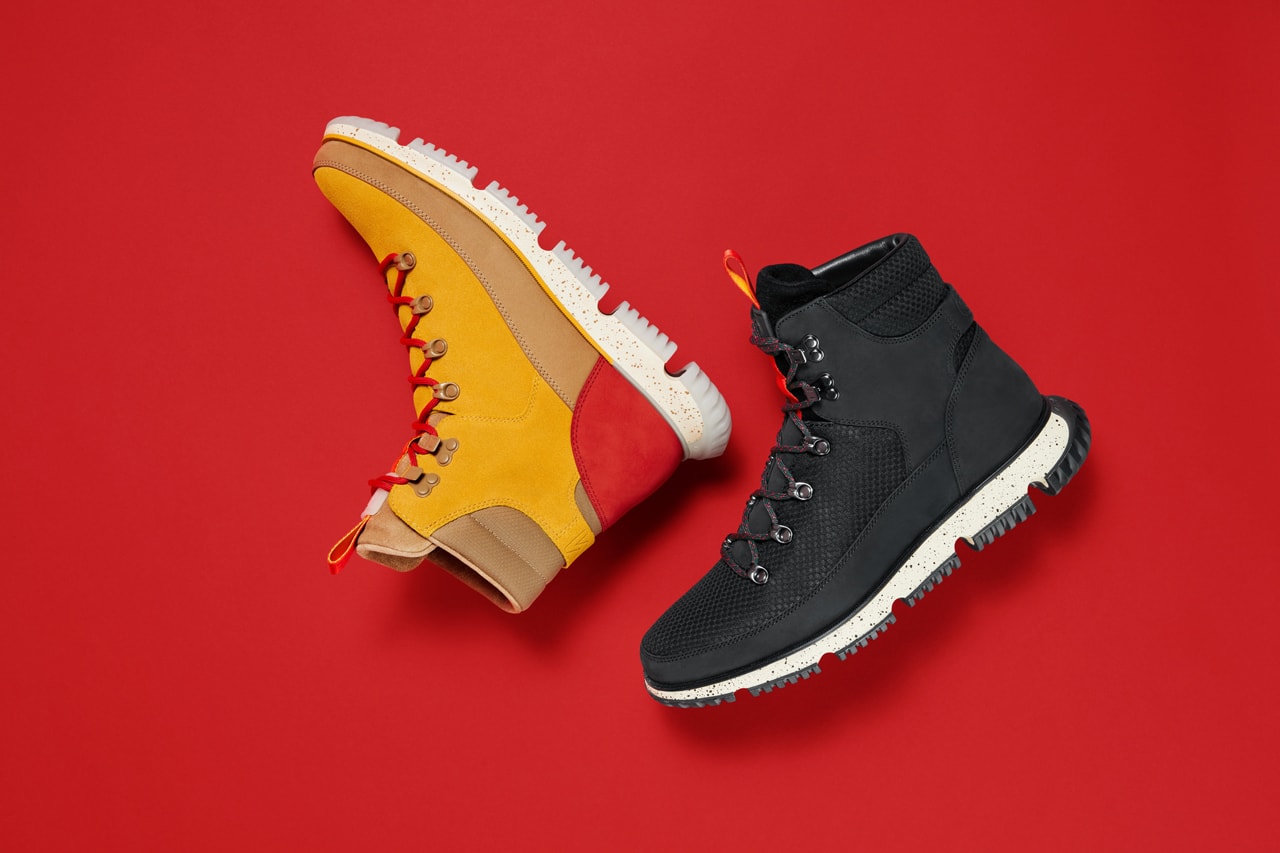 Hasan Minhaj Weaves His Story Into a Footwear Collaboration With Cole Haan
A limited-edition collection that reflects the comedian and writer’s roots.
Presented by Cole Haan

The concept of the American Dream is often used to describe the immigrant experience, but few people have given the term shape and meaning for first generation Americans in the present day like comedian and writer Hasan Minhaj. Known for projects like his 2017 stand-up special Homecoming King, his 2017 White House Correspondents’ Dinner speech and his Peabody and Emmy Award-winning series Patriot Act, he has injected his story as an Indian-American into his work in a way that resonates with those who have similar upbringings, while simultaneously providing perspective shifting insight for those who don’t.   His latest project, a collaboration with Cole Haan, marks his first foray into footwear. Like his work in comedy, Minhaj made the collection personal, weaving his own narrative into the series of two footwear styles.

The partnership was born of a mutual respect between Cole Haan and Minhaj. In comedy, there’s no such thing as an overnight success, but there are pivotal moments that change the trajectory of your career. For Minhaj, one of those instances came on October 9, 2014, when he auditioned for The Daily Show — he happened to be wearing a pair of Cole Haan shoes. The audition led to a four-year stint on the show, a gig that would help to amplify his platform and catalyze his position as a leading voice in culture. His collaboration with the footwear brand is an homage to that day and the relentless hard work it took both him and his family to get there. The shoes in the collection — the 4.ZERØGRAND Hiker Boot and the GrandPrø Rally Court Sneaker — are stamped with the date he auditioned for the job. “Maybe October 9 won’t be special to anyone else, but it’s coincidentally National Sneakers Day, so obviously this is fate,” he says. 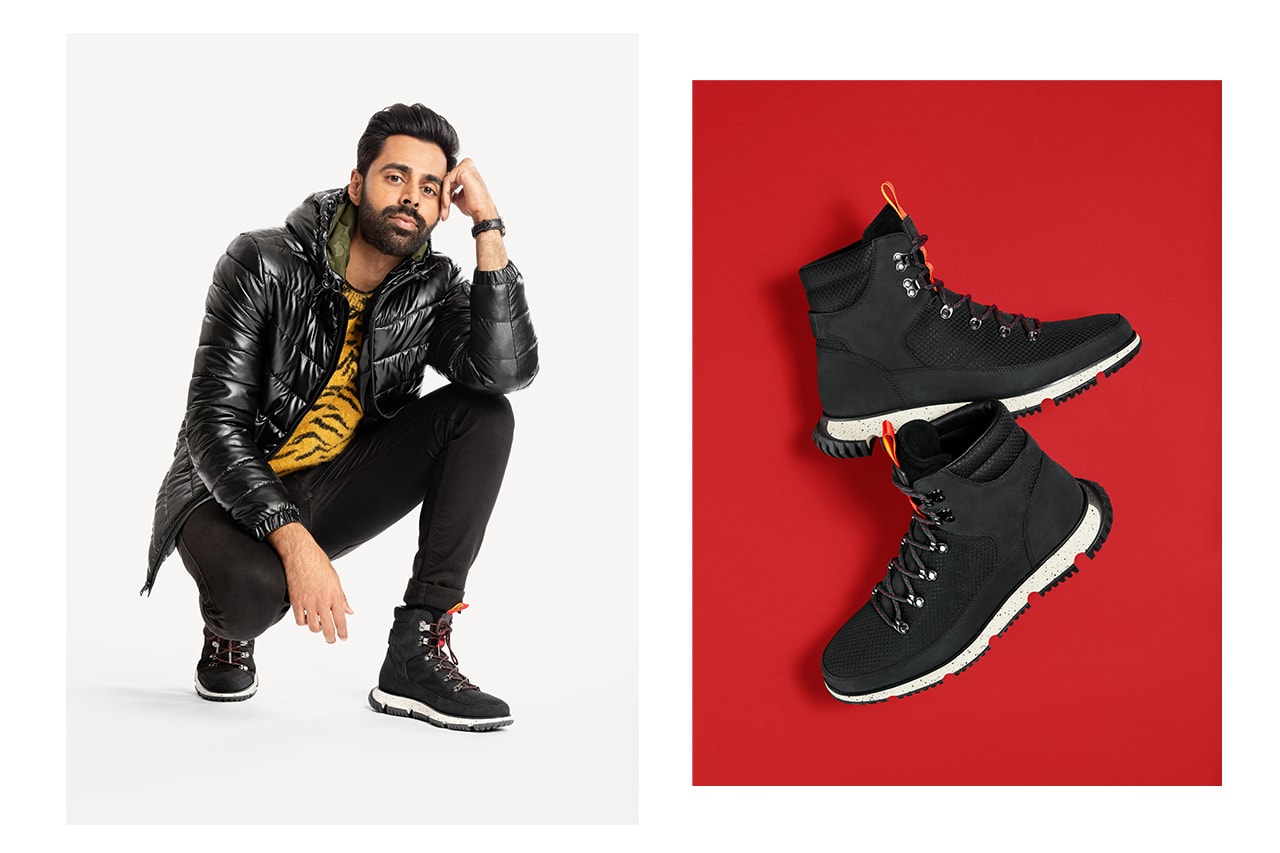 The Cole Haan x Hasan Minhaj collaboration is also a genuine reflection of the comedian’s Indian roots and the sacrifices his parents made to provide him with a better life. “In 1982 my father arrived in America, leaving his home so I could build mine. He fought to survive, so I could live,” says Minhaj. The heel tab of the Cole Haan x Hasan Minhaj 4.ZERØGRAND Hiker Boot and GrandPrø Rally Court Sneaker are embroidered with the words “survive” and “live,” honoring his father’s journey. “I’ve woven our story into the fabric of Cole Haan,” he says. 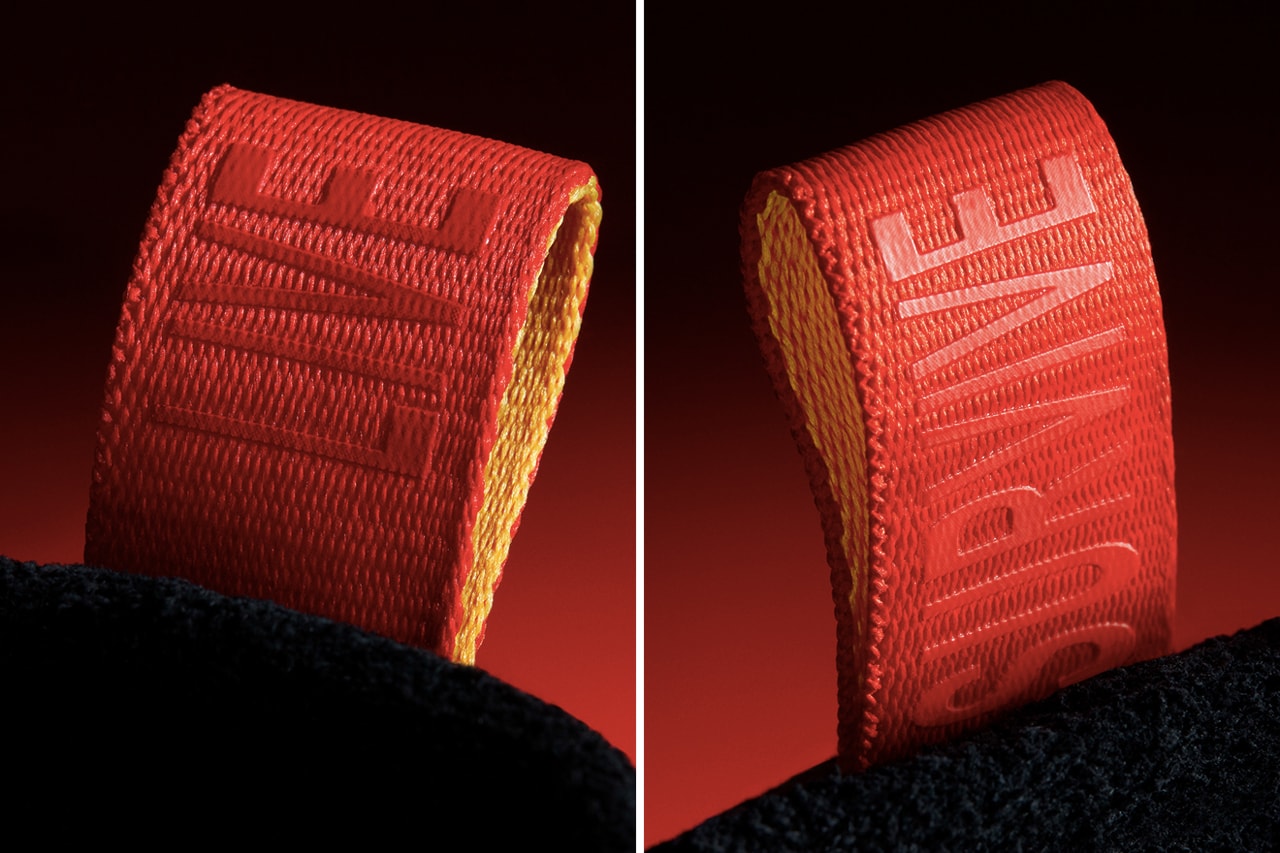 Both styles also see hits of Bollywood-inspired colors — a nod to his family’s heritage. This comes through on the all-weather 4.ZERØGRAND Hiker Boot, which is available in “Mineral Yellow” suede and black mesh options and touts responsive cushioning and steady traction. On the lightweight leather GrandPrø Rally Court Sneaker, the “Optic White-Molten Lava” and “Black-Molten Lava” colorways are both complemented by accents of the same vibrant hues. “So much of comedy is about telling your story and your perspective,” he says. “To tell my story, to tell my family’s story, and to stitch it into the fabric of an existing brand is really cool.” 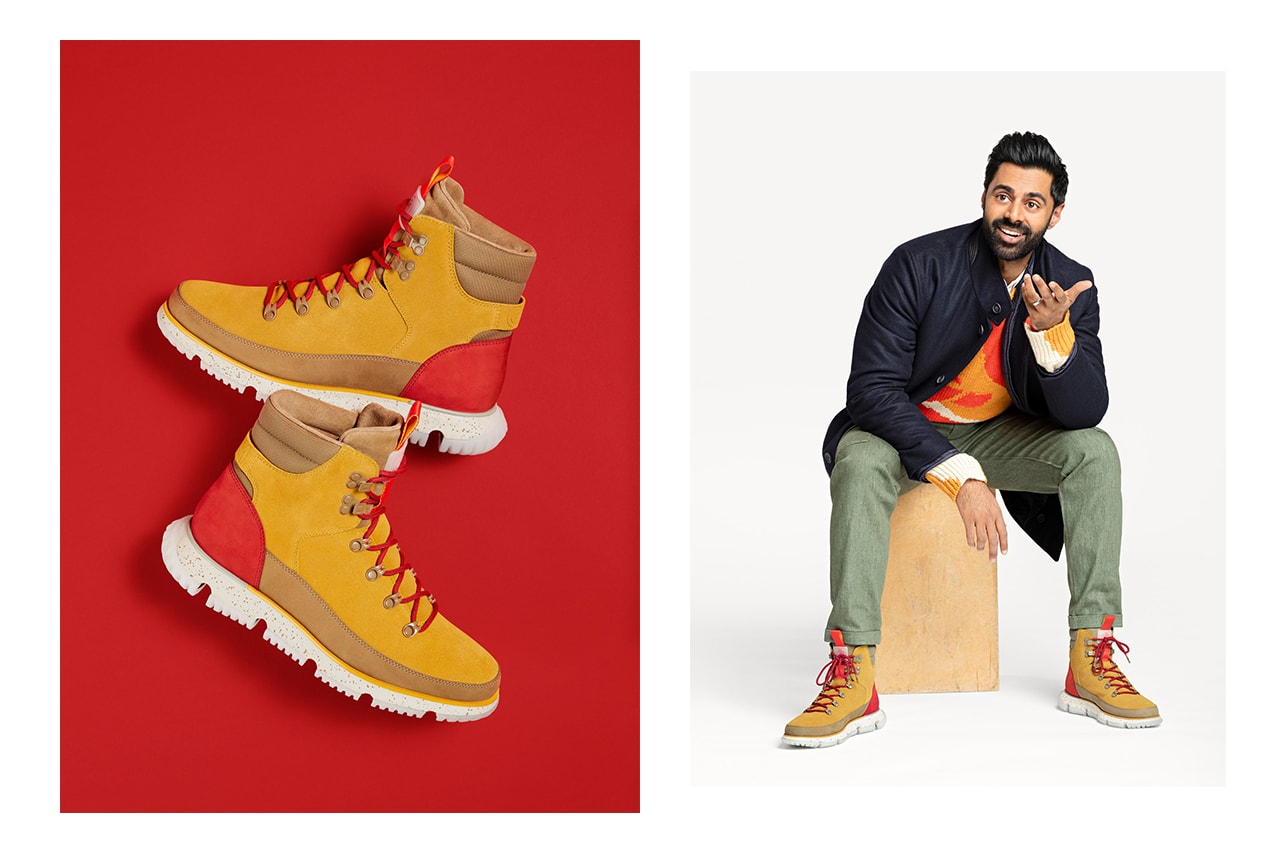 The limited-edition Cole Haan x Hasan Minhaj 4.ZERØGRAND Hikers are available on Cole Haan’s website and in select Cole Haan stores now. The second shoe in the collection drops in early December. The series is priced from $170 – $270 USD.