KAWS Talks Brooklyn, the VMAs, and His Redesign of the Moonman

After three decades of handing out their iconic Moonman trophy, for the 2013 MTV Video Music

After three decades of handing out their iconic Moonman trophy, for the 2013 MTV Video Music Awards, MTV gave famed graffiti artist KAWS the task of redesigning the award given to winning artists. Not content with simply making trophy-sized sculptures of the design, the music network also worked with Netherlands-based Airworks Inflatable, a company that specializes in custom-made balloons, to create a 60-foot inflatable version of the artist’s re-imagining of the trophy. While there were certainly many highlights to the night, KAWS’ take on the Moonman and its larger-than-life interpretation was one of the most buzzed-about elements of the Barclays Center event. HYPEBEAST caught up with KAWS after the show to talk about his design, the thought process behind it, and what it was like to be a part of such a large evening in his own backyard.

The Moonman award is synonymous to the VMAs for the last three decades, how does it feel given the chance to iterate the iconic trophy?

It’s a great opportunity. I’m happy that MTV reached out to me, it’s truly an honor. They were also sort of doing it in my neighborhood, and to be able to be the artist that redesigns the stage and iconic award is a lot of fun. We have a place three blocks from here in Brooklyn and then my studio is in Williamsburg.

Having predominantly worked in the realms of fashion and art, how does sculpting for a music audience alter your approach?

My approach is to always just to think of the work itself and let it reach who it reaches. It will be great that it’ll reach a lot households due to MTV’s wide platform.

What were some of the elements you wanted to do when you were asked to actually design the trophy?

The Moonman is iconic, so I wanted to make sure the approach was something that is an instant read, but also instantly recognizable as KAWS and I think we were able to accomplish that.

You’ve also been asked to design the stage setup for the show, which includes a 60-foot KAWS Moonman. This comes reminiscent of the KAWS GISWIL sculpture. What’s the motif behind presenting your work in such large scales?

Just working really closely with MTV, we were able to kind of figure out how to execute it large. When I was making the piece, I was just actually just making it on a small scale. These days if you can make something small, you can make it large with all the technology.

Moonman versus a toy, is it the same approach?

Any pressure behind working on this project?

No, not too much pressure. I’m the only one that can only make the work I make, from there I just kind of let the chips fall where they do. 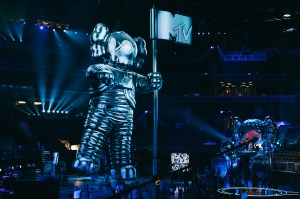 KAWS’ adapted Moonman on stage at the VMA’s

“The Moonman is iconic, so I wanted to make sure the approach was something that is an instant read, but also instantly recognizable as KAWS…” 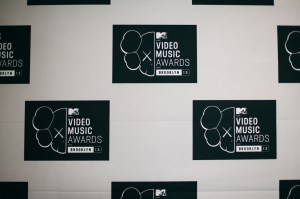 Israeli Artist Know Hope Talks of Politics, Patriotism and Folklore in His Work

'Schott: 100 Years of an American Original' Book by Rin Tanaka

One of streetwear’s most respected figures and documentarians, Estevan Oriol is the latest in a
By HB Team/Aug 28, 2013
Aug 28, 2013
0 Comments
Art

Red Bull Illume’s Perspectives series is coming to a close with this final episode focusing on Hong
By James Shorrock/Aug 23, 2013
Aug 23, 2013
0 Comments
Art